One thing's for sure, he isn't starring in the movies

Last week's mathematics blog was all about building stuff up out of what I already wrote. I was on vacation. (Could you tell?) Here's what went up:

So in Omena on Tuesday the first thing we did was go to Leelanau Township to find a letterbox. 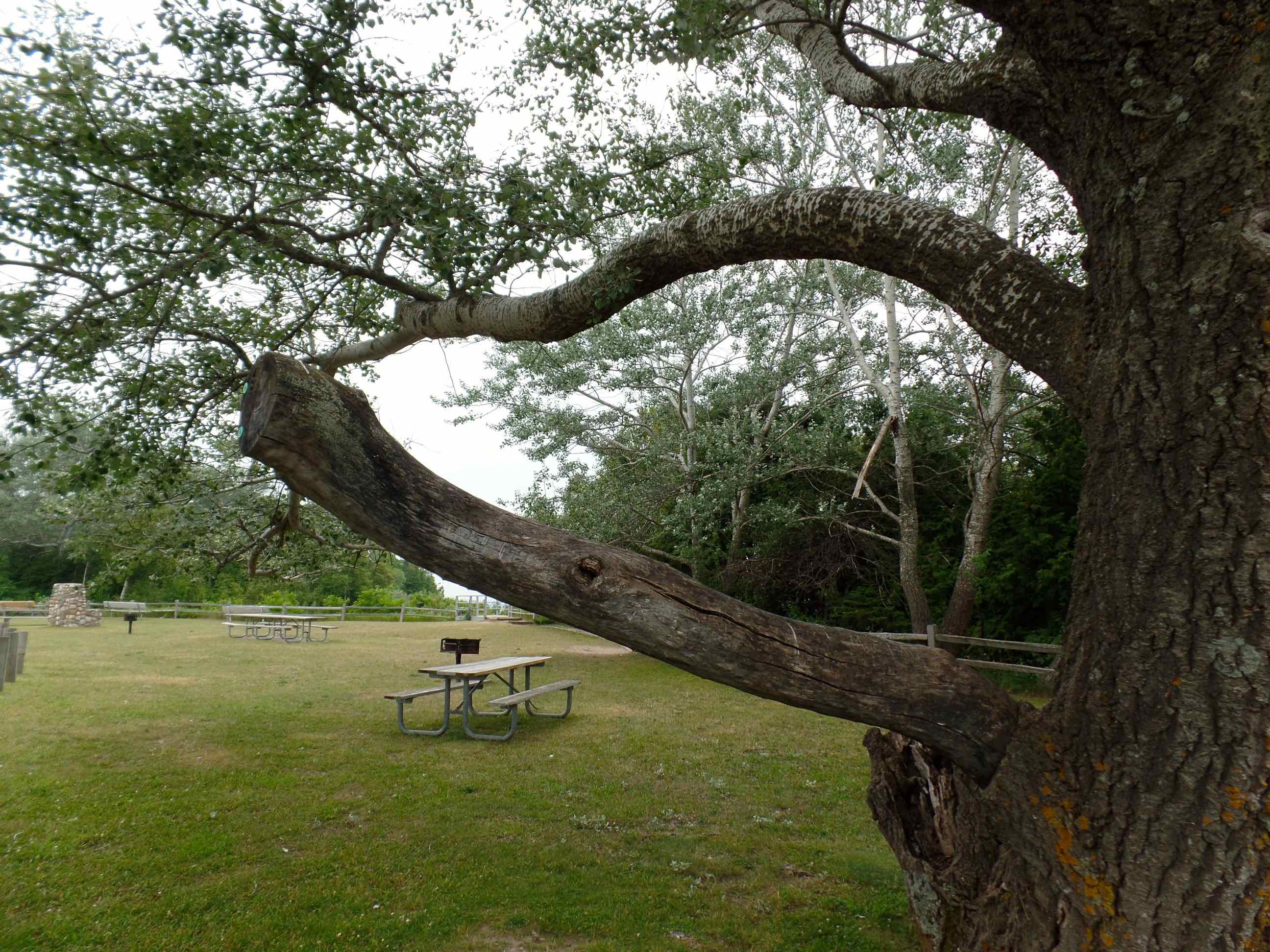 Peterson Park, location of the letterbox and, we'd find, a hitchhiker, a portable letterbox hidden inside the letterbox. It turns out to be a park with two major accessible locations and we of course started from the wrong one as we always do that. Or we never find out about the second location of the bifurated parks where we start from the correct part. 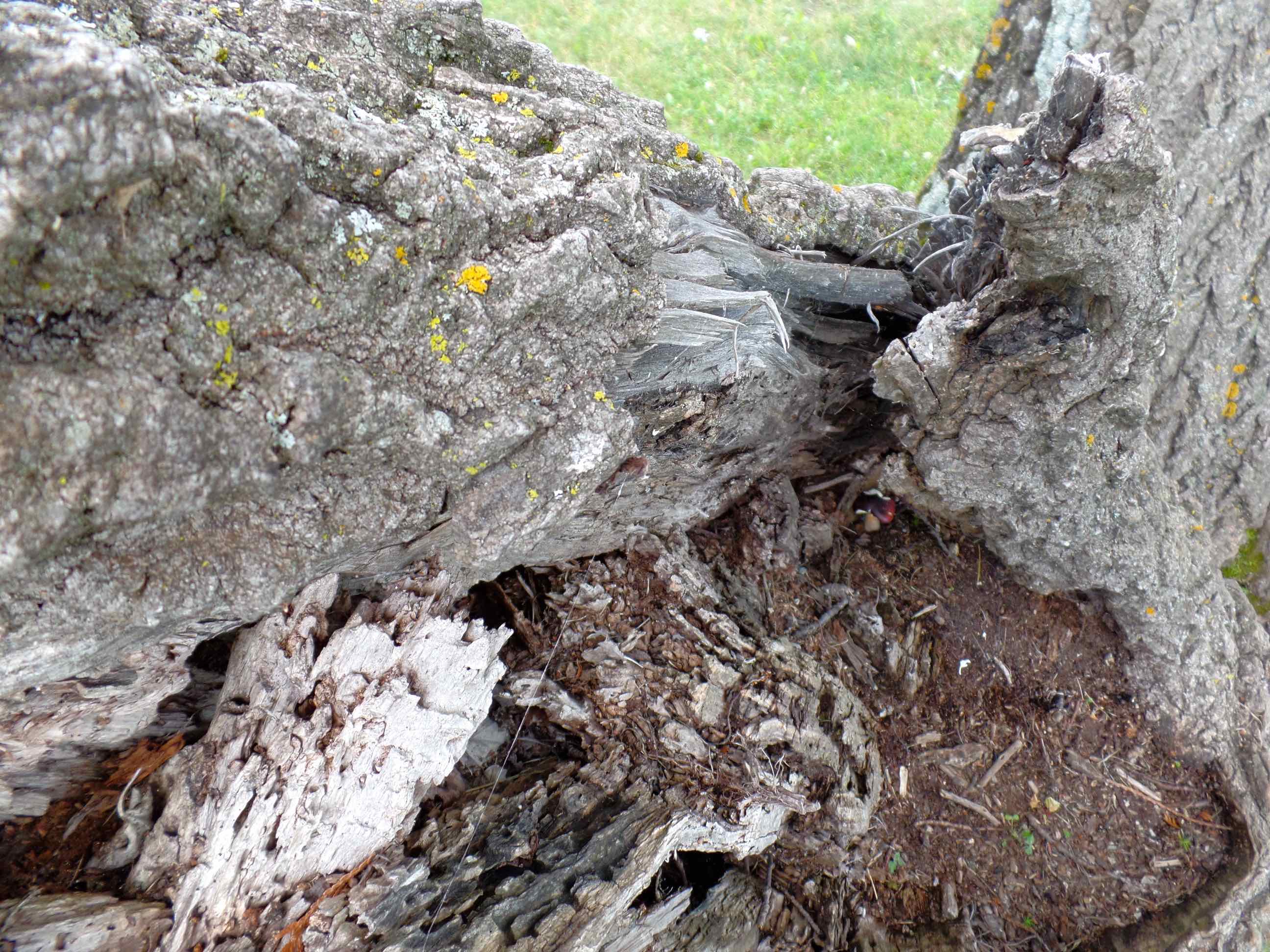 A fallen tree. My joke is that every letterbox involves finding the fallen tree, one of many fallen trees in the area. I'm exaggerating. But fallen trees are good location markers for letterboxes, since mostly people don't go relocating them. And they often will provide spots good for concealing a box. If you see something that looks like this in a park near some feature of local interest there might just be a closed Tupperware box waiting to be discovered. 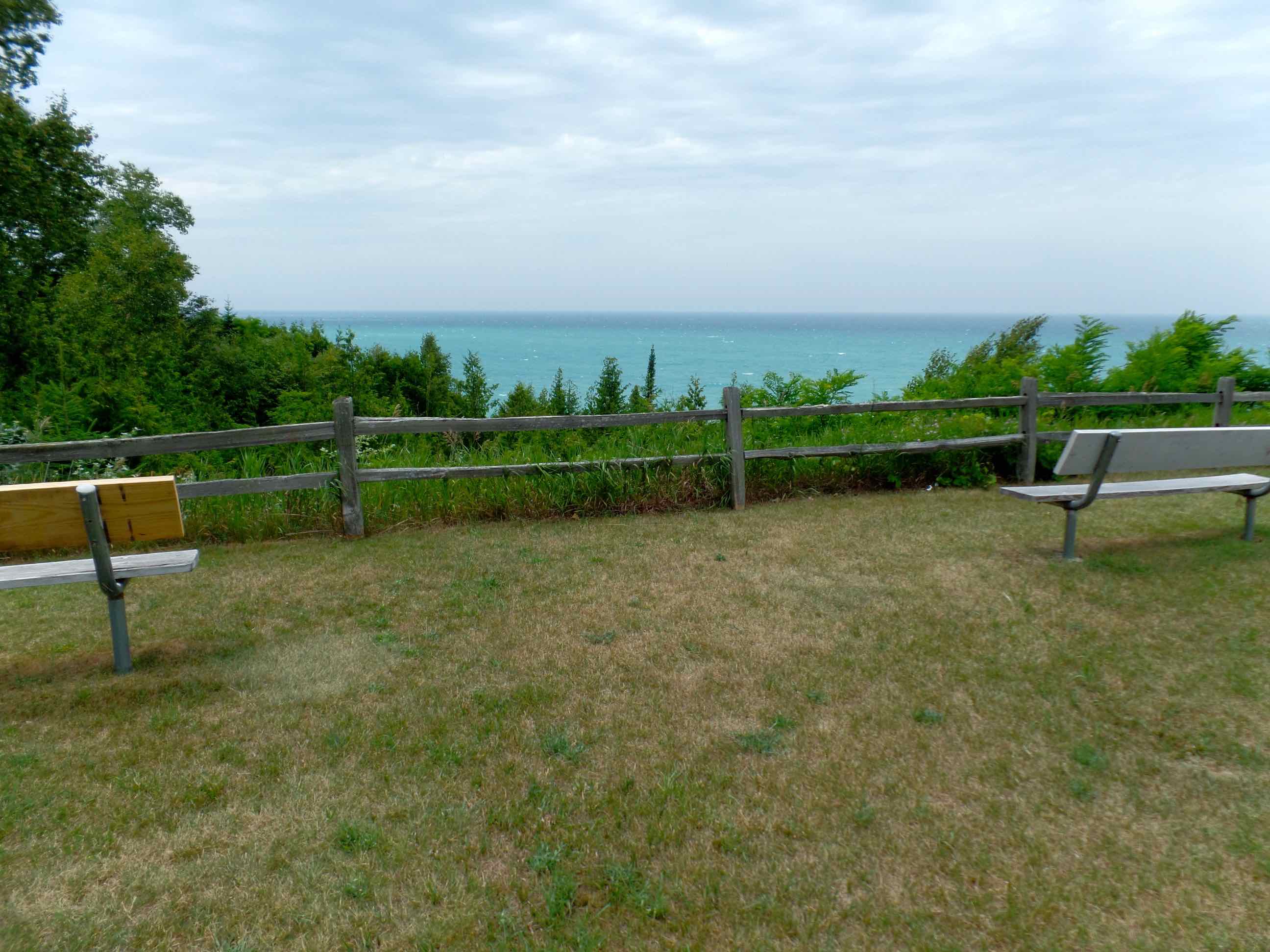 Peterson Park looks out over Lake Michigan, although it's something like a hundred-plus feet above sea level. So you can take a stairway down, and note the pronoun in that. Well, we might have gone down to shore level except it was fairly hot and we wouldn't have time to go home and shower before we'd need to get going again as we hoped to make it to Traverse City in the afternoon. 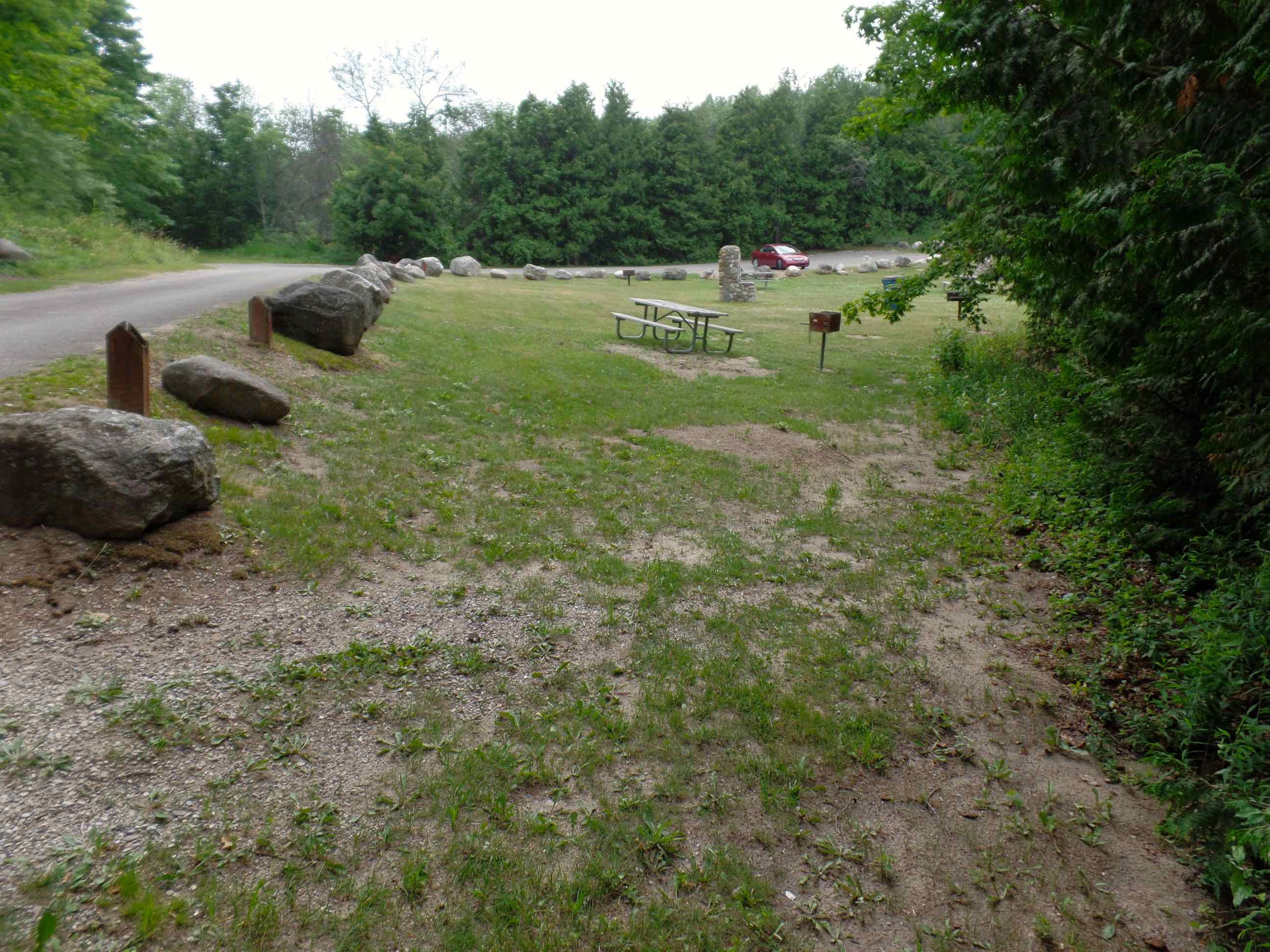 Another bit of the park, and the trees, and way off in the distance our car. It was a nice enough day but we didn't see anyone except, of course, for the car that drove into and back out of the lot just as we were doing the most suspicious part of letterboxing. That would be our going slightly off the normal paths and rooting around looking for a tiny, concealed package. Somehow somebody always comes along when you're at the moment of finding the confidential part of the hobby. They're never along when you're having an argument about whether the ``old water pump'' landmark the clues mention might mean the water fountain that doesn't work.

Trivia: The Lux Radio Theater, near the end of its twenty-season run, was estimated to have gone through 52,000 pages of script, 496 stars, 1,467 supporting players, 18,667 music cues, and 22,667 sound effects. Source: On The Air: The Encyclopedia of Old-Time Radio, John Dunning. I would have been satisfied had they estimated the sound effects to the nearest ten.