I said to meinself this is some fancy town

Normal: do you remember it? Yeah, me neither, really.But my humor blog's carried on almost as if normal, as you can put on your Friends page or your RSS reader. And run there since last week at this time were:

So here's some of what we got up to in Traverse City that Tuesday we were in and hoped to find FunHouse and other pinball. 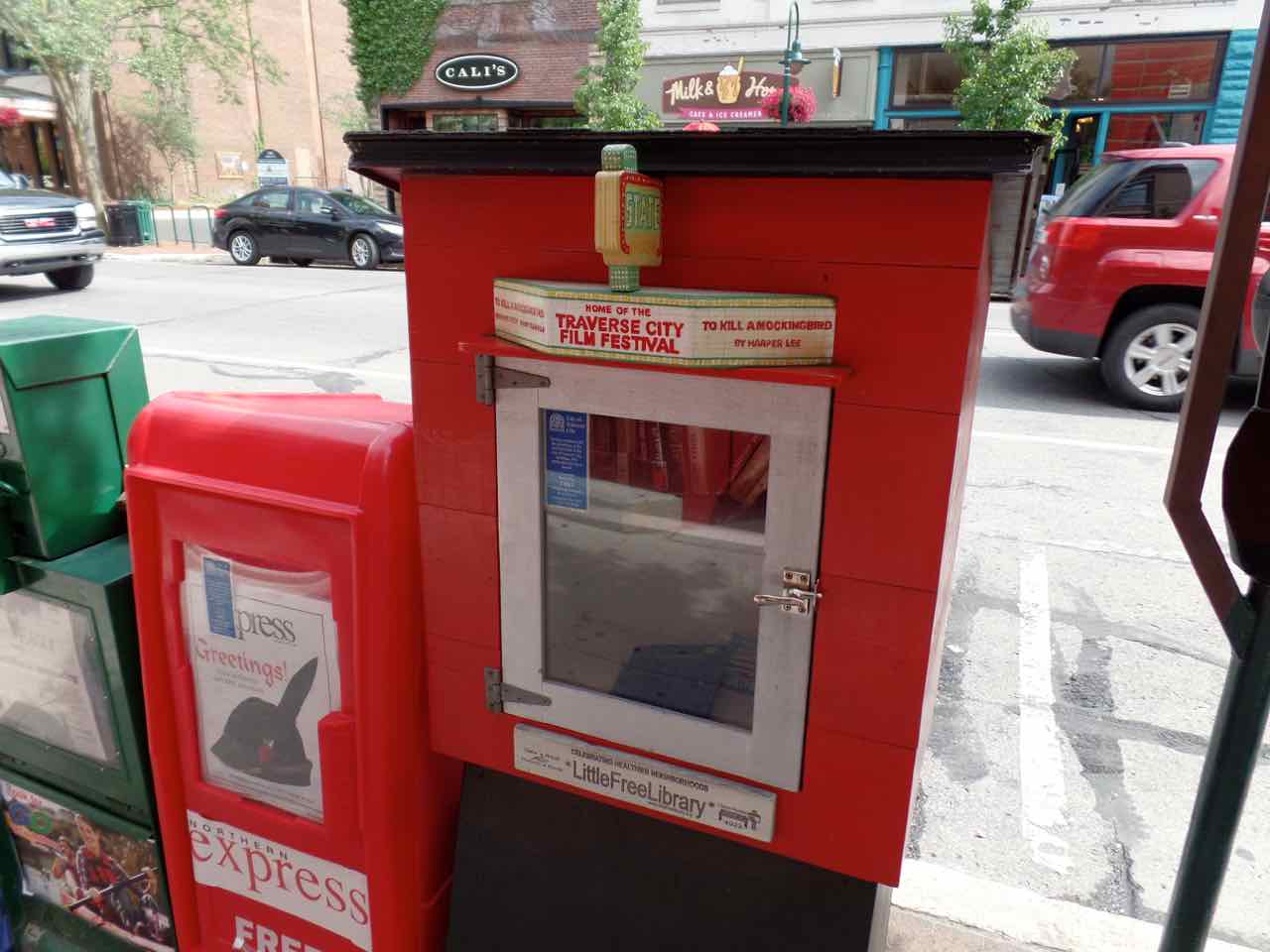 Little Free Library in Traverse City, just outside the State Theater. It imitates the theater, as the picture suggests. 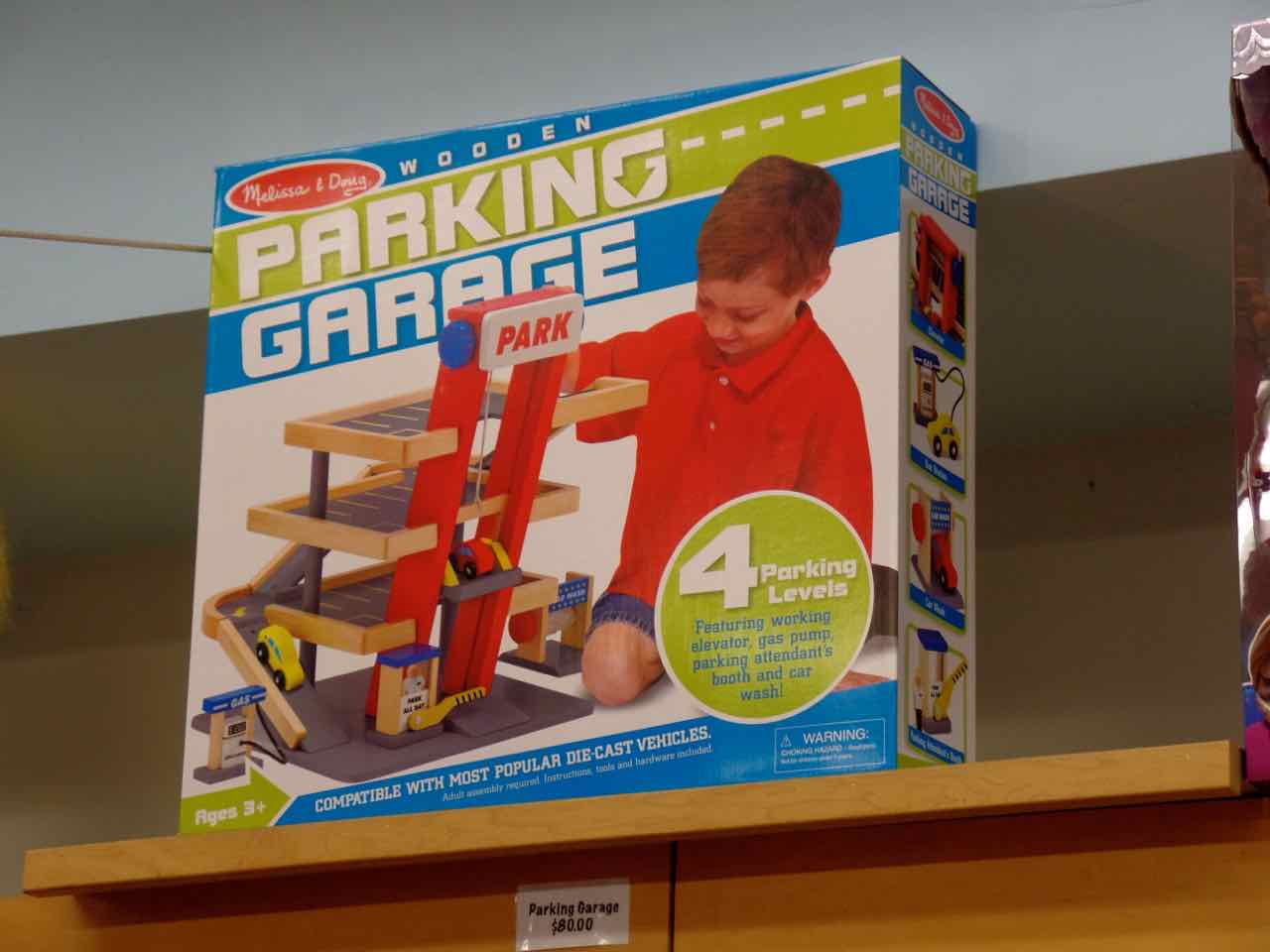 Catching my eye in Toy Haven: your child's own play parking garage! You can almost feel the child discover the world of magnetic-stripe tickets. The part with the elevator I really like. But I'm that sort of nerd and always was. 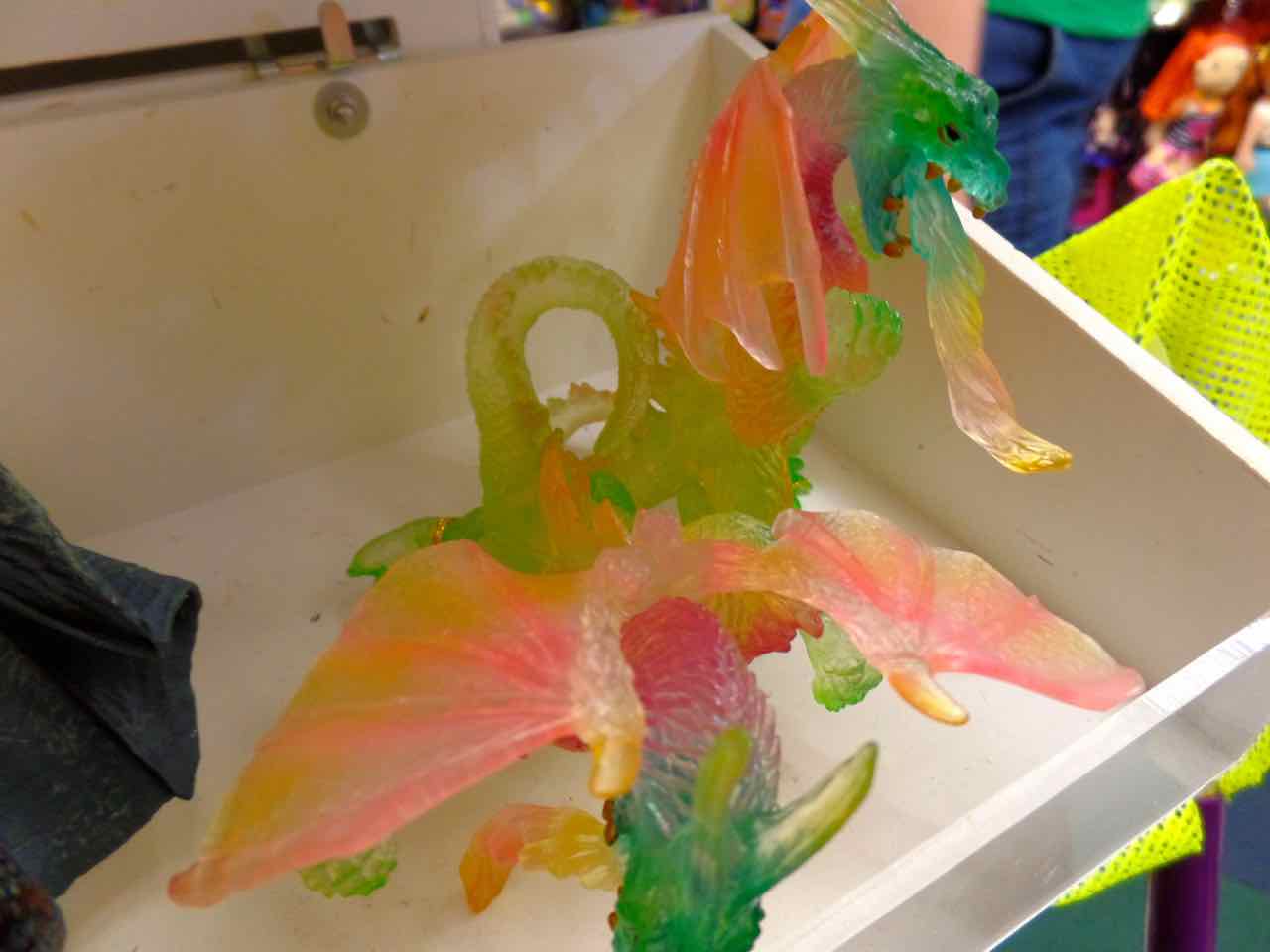 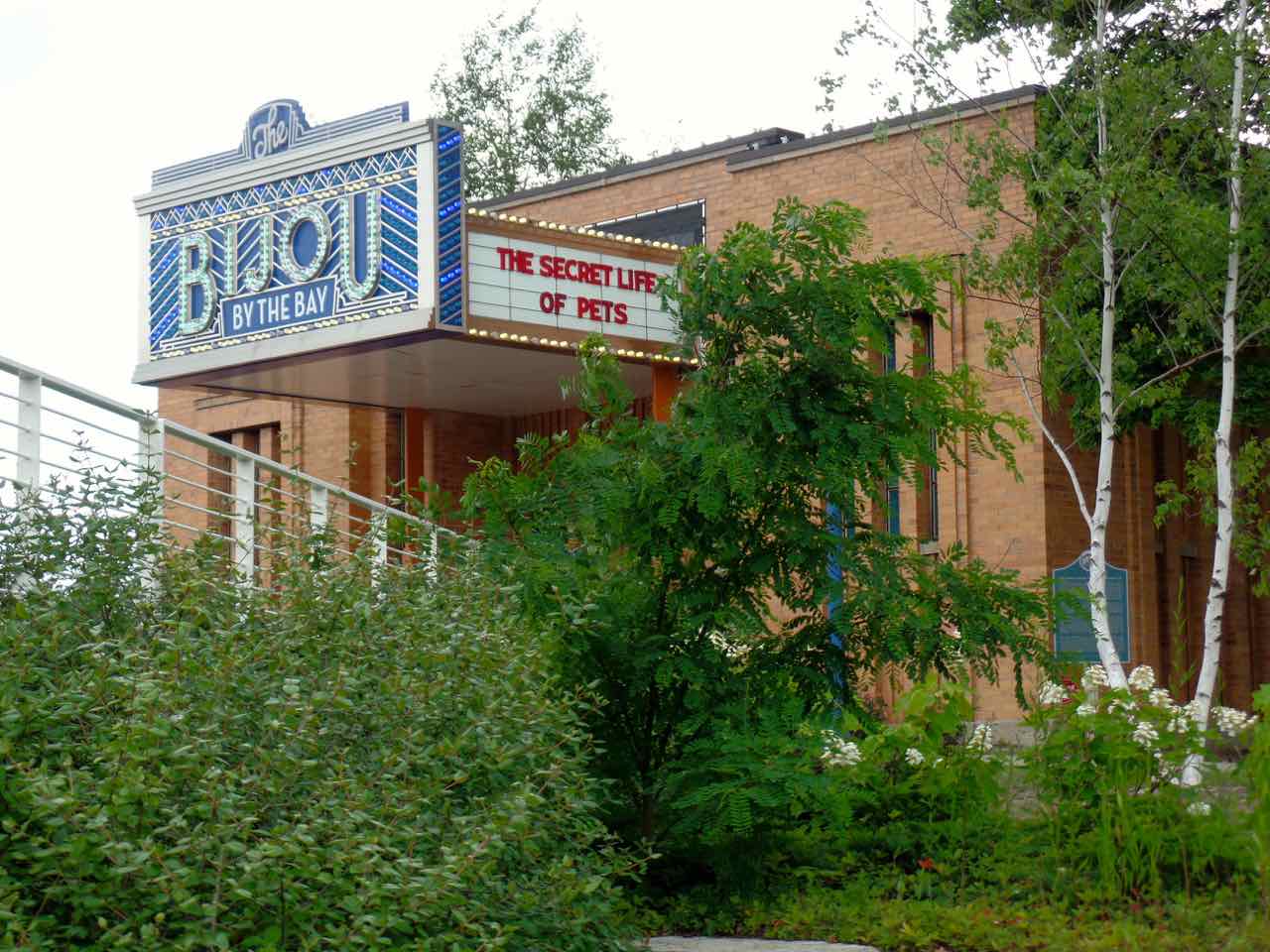 Bijou By The Bay: another little theater, in a park on the water line. The building only looks like a WPA power substation. It was for many years a museum set up by/in honor of one of the first people to run a movie theater in Traverse City. And it runs a mix of art-house stuff and popular movies plus whatever you want to say The Secret Life Of Pets was. It just looked too dire to actually watch. 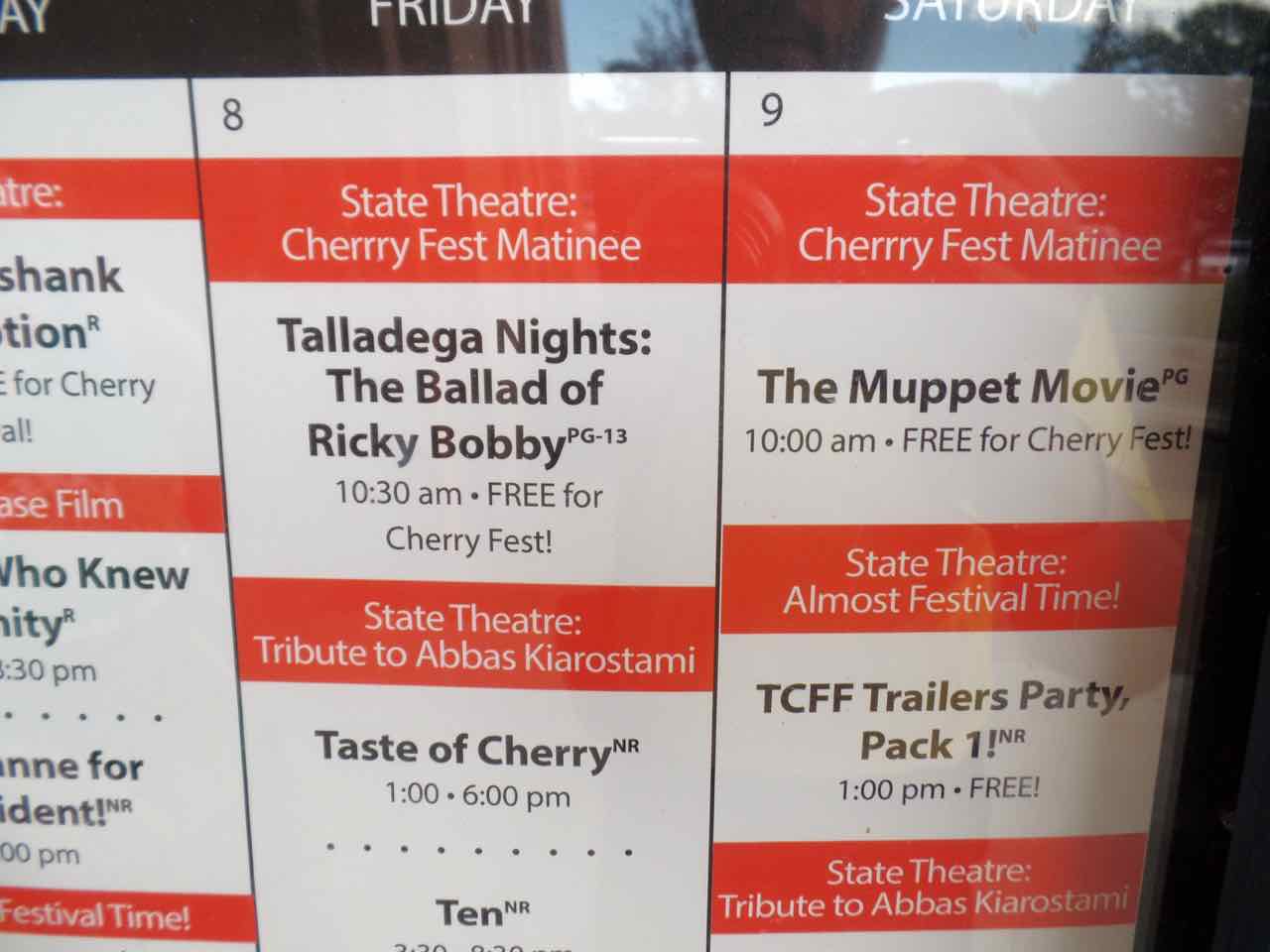 Stuff we missed at the State Theatre or the Bijou By The Bay: some interesting movies for the Cherrry Fest. They might have got carried away or hoped they'd have more pirate movies.

Trivia: After months in 1924 spent trying to convince the owners of the New York Tribune to sell to them, as the only way the two (Republican broadsheet) newspapers could survive in the crowded market, Frank Munsey admitted defeat and sold his Herald to the Tribune. He got five million dollars, a tenth of that for the Herald's Paris edition. Source: The Paper: The Life and Death of the New York Herald Tribune, Richard Kluger.

Currently Reading: The Wandering Variables, Lois Trimble. And if I thought Chad Oliver had set a new word record for violently inhumane social experimentation along comes Trimble with multiple societies set up to prove out grad student theses. It's fun enough and keeps brushing up against being funny but still, wow, I've got a new entry for the next time someone wants to know what books top Pohl's Starburst for this sort of thing.

PS: How December 2016 Treated My Mathematics Blog, just going over exactly what the title says it is.