I'd take requests on the telephone

I had a slightly less lazy week on my mathematics blog this week. Two of the four posts weren't even about comics! And only one of the others was about me. Here's what you missed:

I've nearly got to the end of the week we spent in Omena! This starts pictures from Friday, which we spent walking around the tiny town of Omena mostly and then finally having a dinner on the grill. 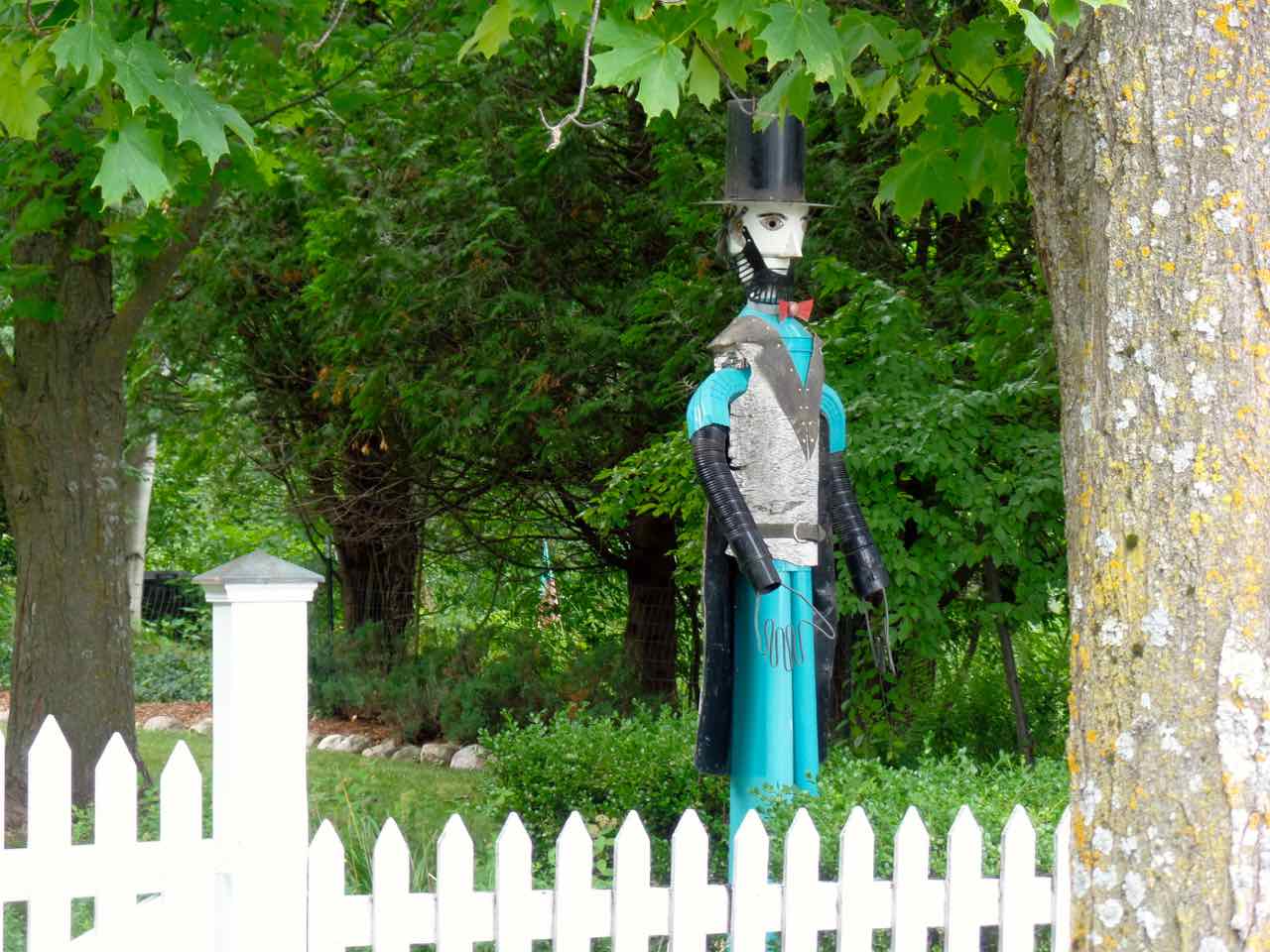 Baffling statuary of the Omena art museum: some kind of metallic possibly robot Abraham Lincoln looking over the bushes. I have no explanation for this phenomenon. 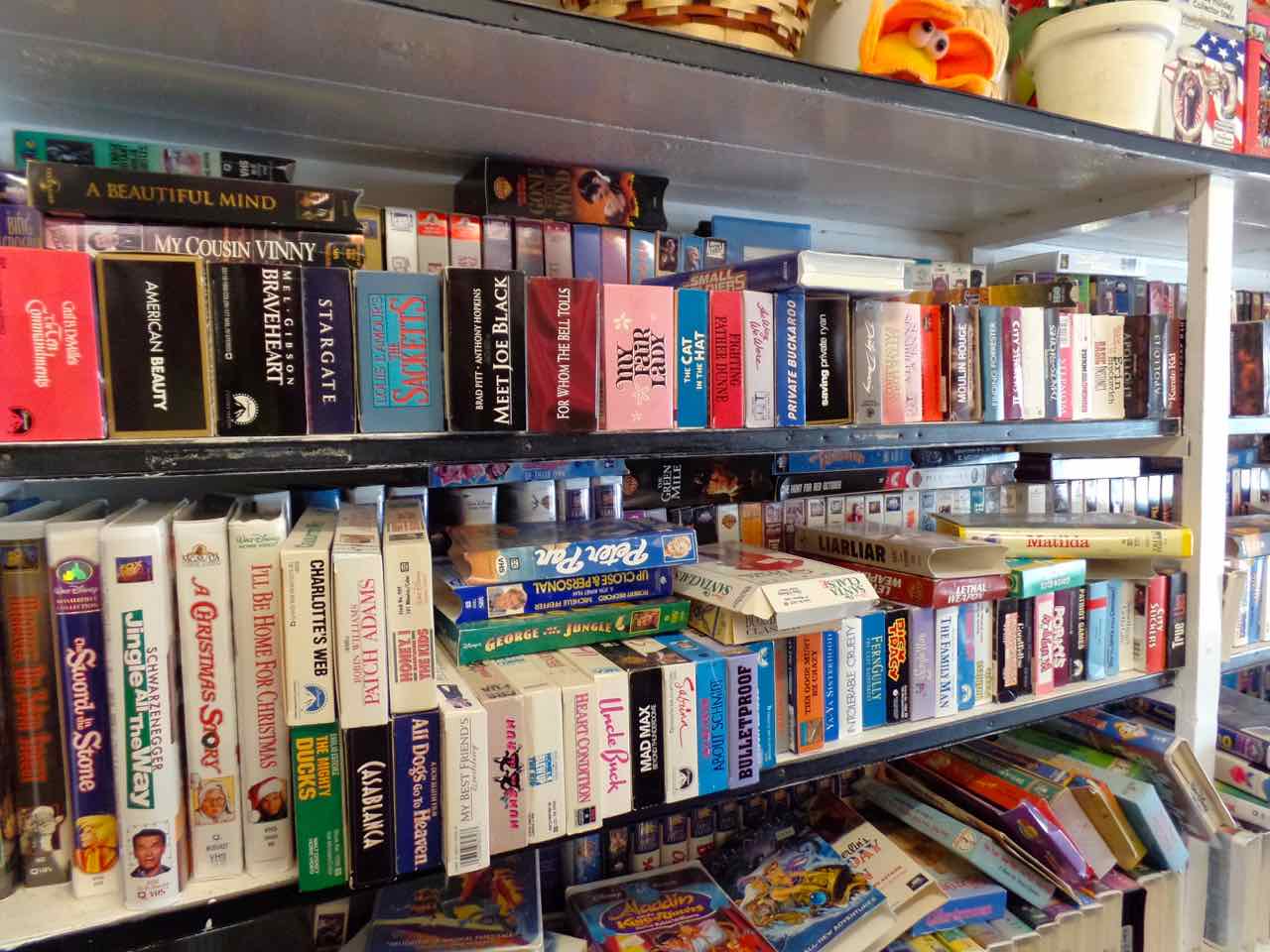 Inside the Omena General Store. They have a pile of paperback books that are free to borrow. And they have the biggest pile of VHS I've seen since I came back from Singapore. We assume this is for free borrowing to people in the area and I don't know how VCRs are provided for. Yes, that's at least three Robin Williams movies in the set there. 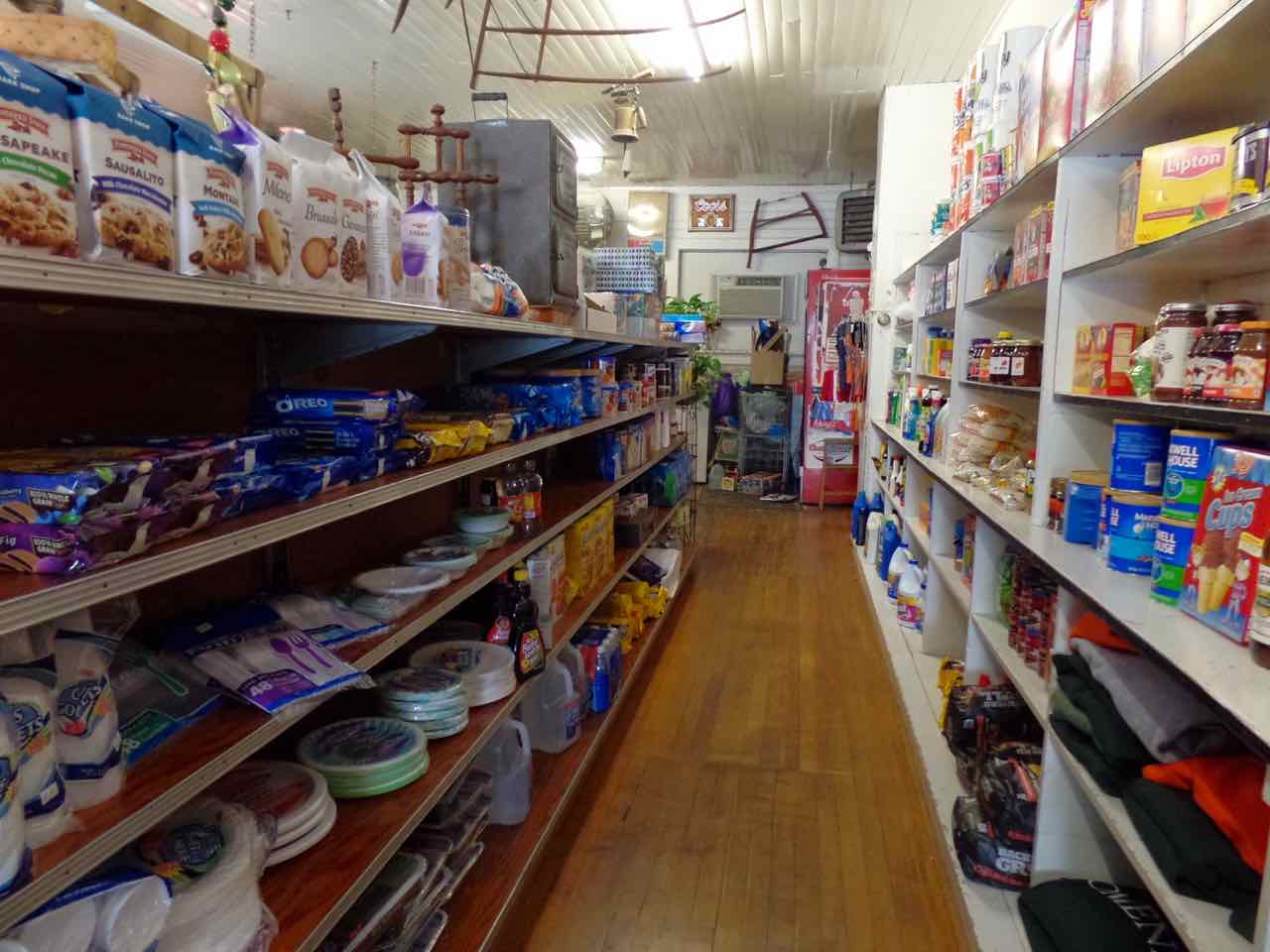 In the Omena General Store looking away from the videotapes. There's some pretty substantial icebox-like contraption on the top shelf on the left there. I have no explanation for this phenomenon. 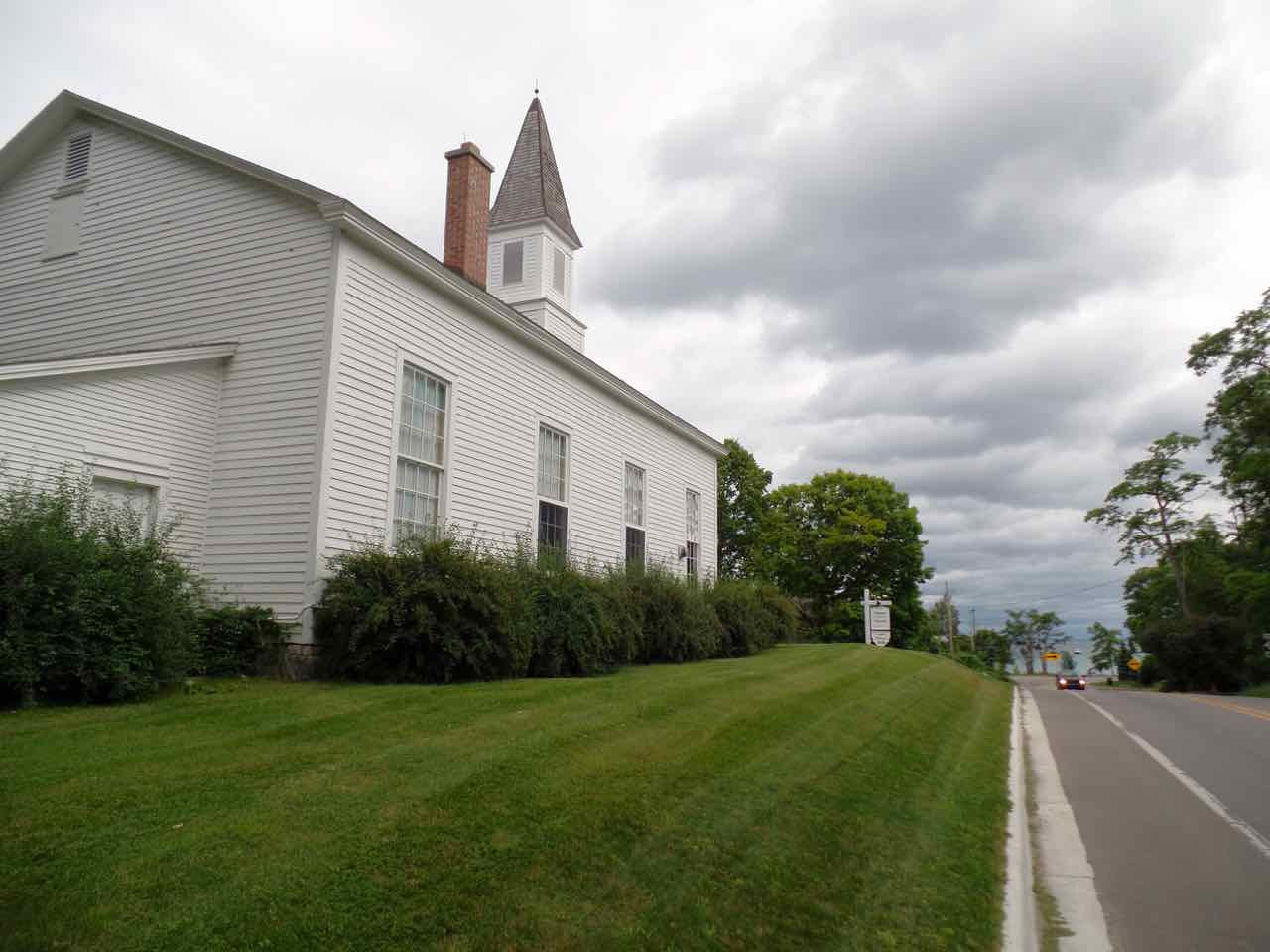 The Omena Presbyterian Church, a fairly old (by US standards) structure, and just a little bit away from the beach. I went off wandering around while

bunny_hugger and family were looking for fossils and the like. 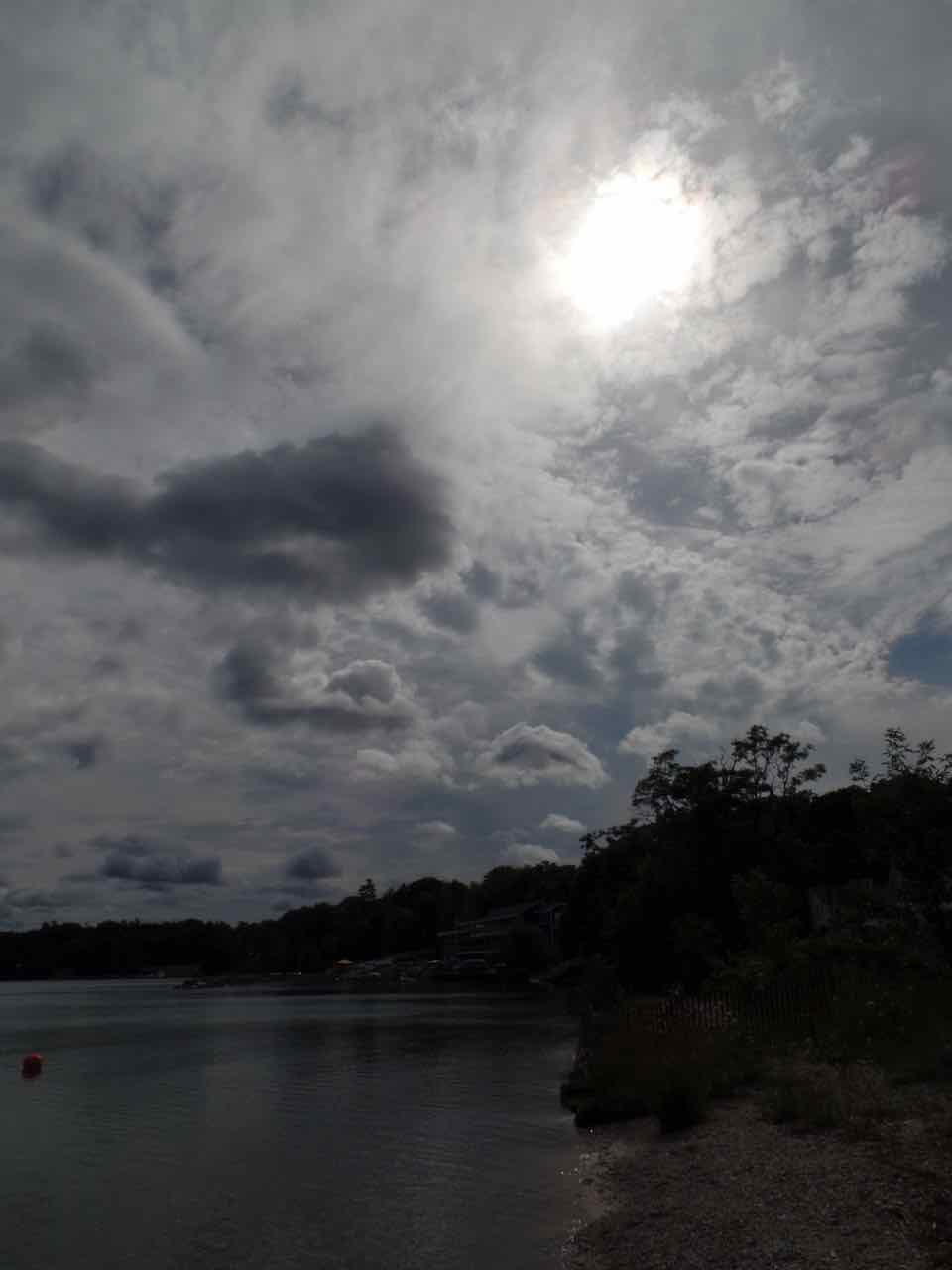 The middle of the day at the Omena Beach. In the shade is the Knot Just A Bar restaurant. Also it turns out I can do some pretty nice dramatic lighting stuff with my new camera and its willingness to let me fiddle with the aperture settings.

Trivia: The 1908 New York Giants set baseball's single-season attendance record of 910,000 patrons. The record would not be broken until Babe Ruth joined the Yankees. Source: Crazy '08: How a Cast of Cranks, Rogues, Boneheads, and Magnates Created the Greatest Year in Baseball History, Cait Murphy.

Currently Reading: The Disaster Artist: My Life Inside The Room, The Greatest Bad Movie Ever Made, Greg Sestero, Tom Bissell.