I'm on a wavelength far from home

Let me review my humor blog for the past week and then we'll get on to the last evening spent in the rented house in Omena that we liked so. 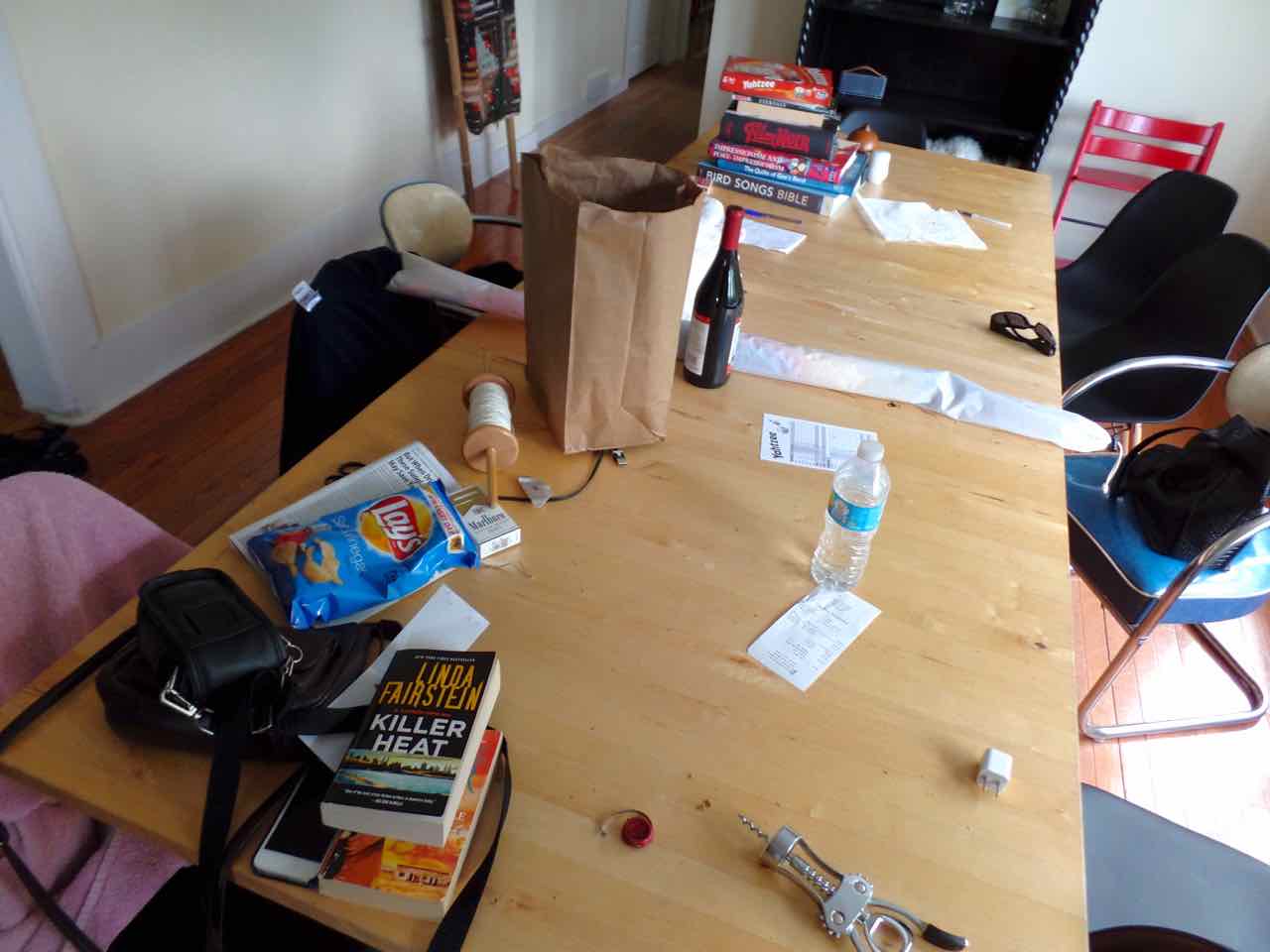 Would you rent to people who make a mess like this of the dining room table? Yeah, well, we cleaned it all up. The pile of stuff on the far end, from the Bird Songs Bible through the Yahtzee game were the homeowner's. On the near end of the table are the books borrowed from the Omena General Store and which I suppose we'll return when we get there again, except for the one 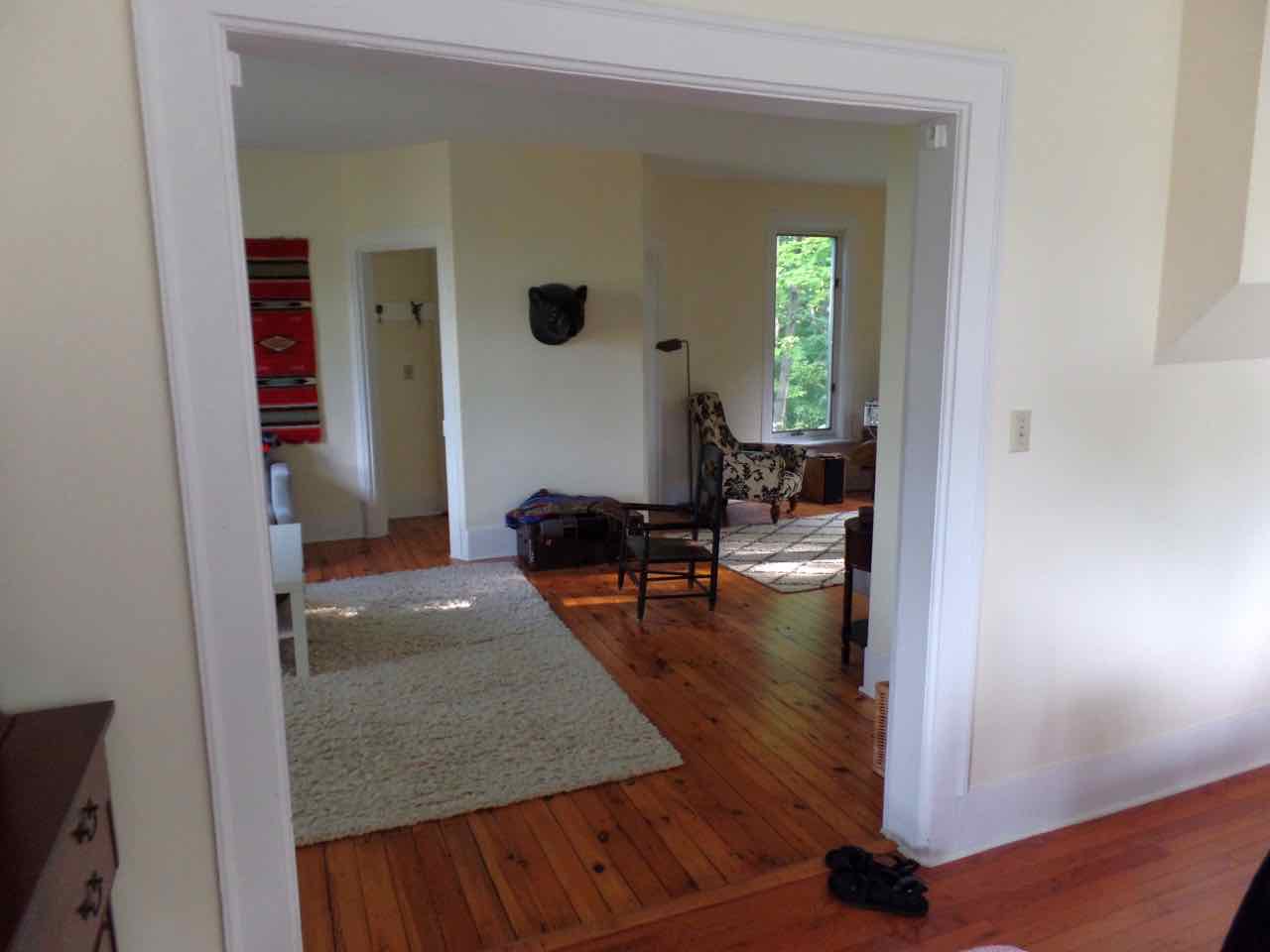 View from the dining room to the living room of the rented house. The rug there was so thick and comfortable we were basically terrified to step on it lest we drop something staining on it. We overcame that enough the last night to play a round of Talisman and I think one of Betrayal at the House on the Hill. 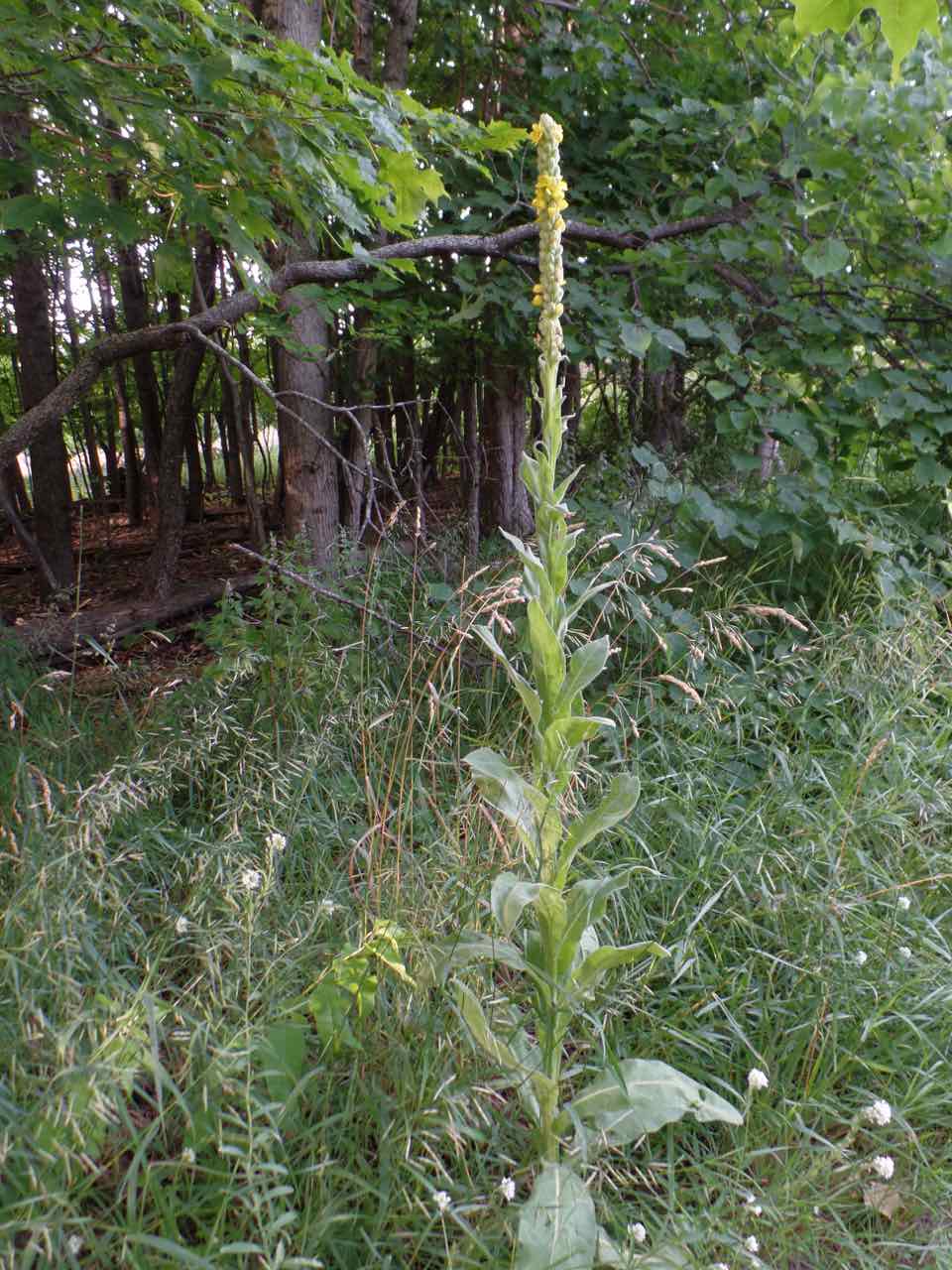 Overgrown weed something in the backyard. Our lost pet rabbit kept trying to shuffle his way generally in that direction and we're rather sure he did this with a plan involving digestion. 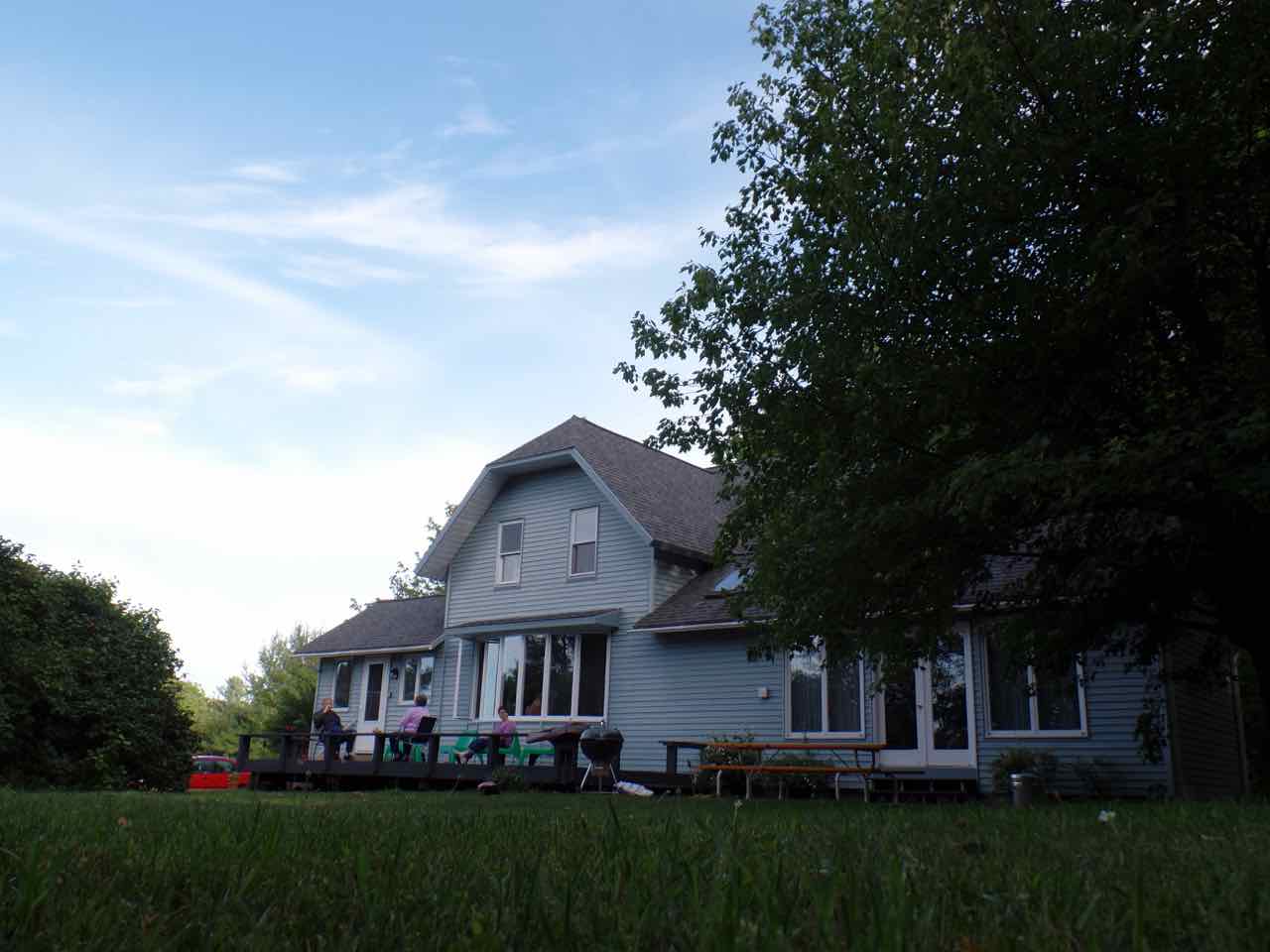 The house's back side, as seen from about that impressive-looking tower of weed. The grill to camera right of

bunny_hugger we were terrified to use because we had the idea it was brand-new and we didn't want to spoil its newness. After investigation revealed it had ben used at least once before we were comfortable grilling stuff for the last night there. 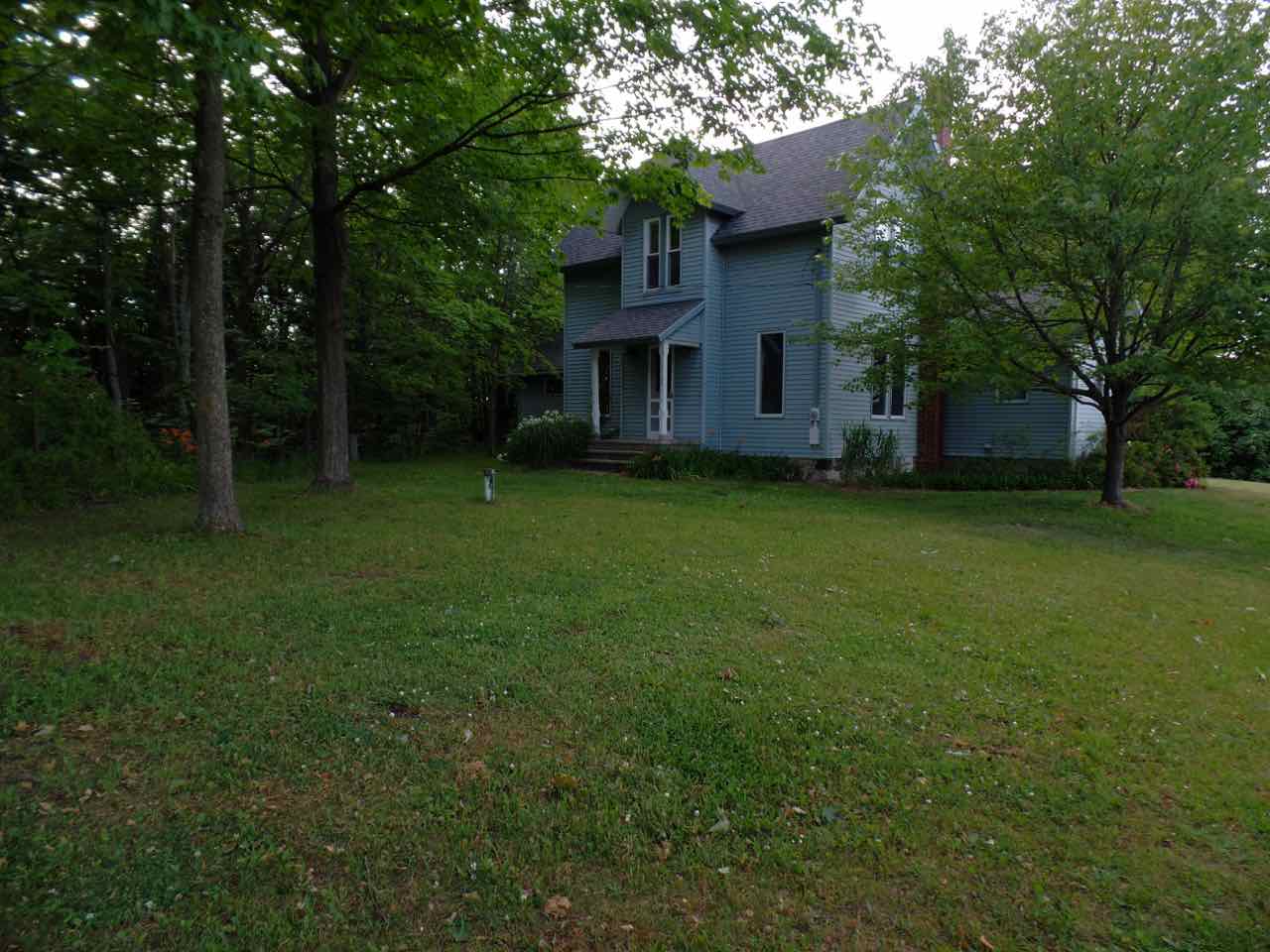 View of the rented house from up front, and a door we didn't really use. The back door was more convenient for getting to the car and getting any view of ... anything, really. Houses turn out that way sometimes. I have no explanation for this phenomenon. 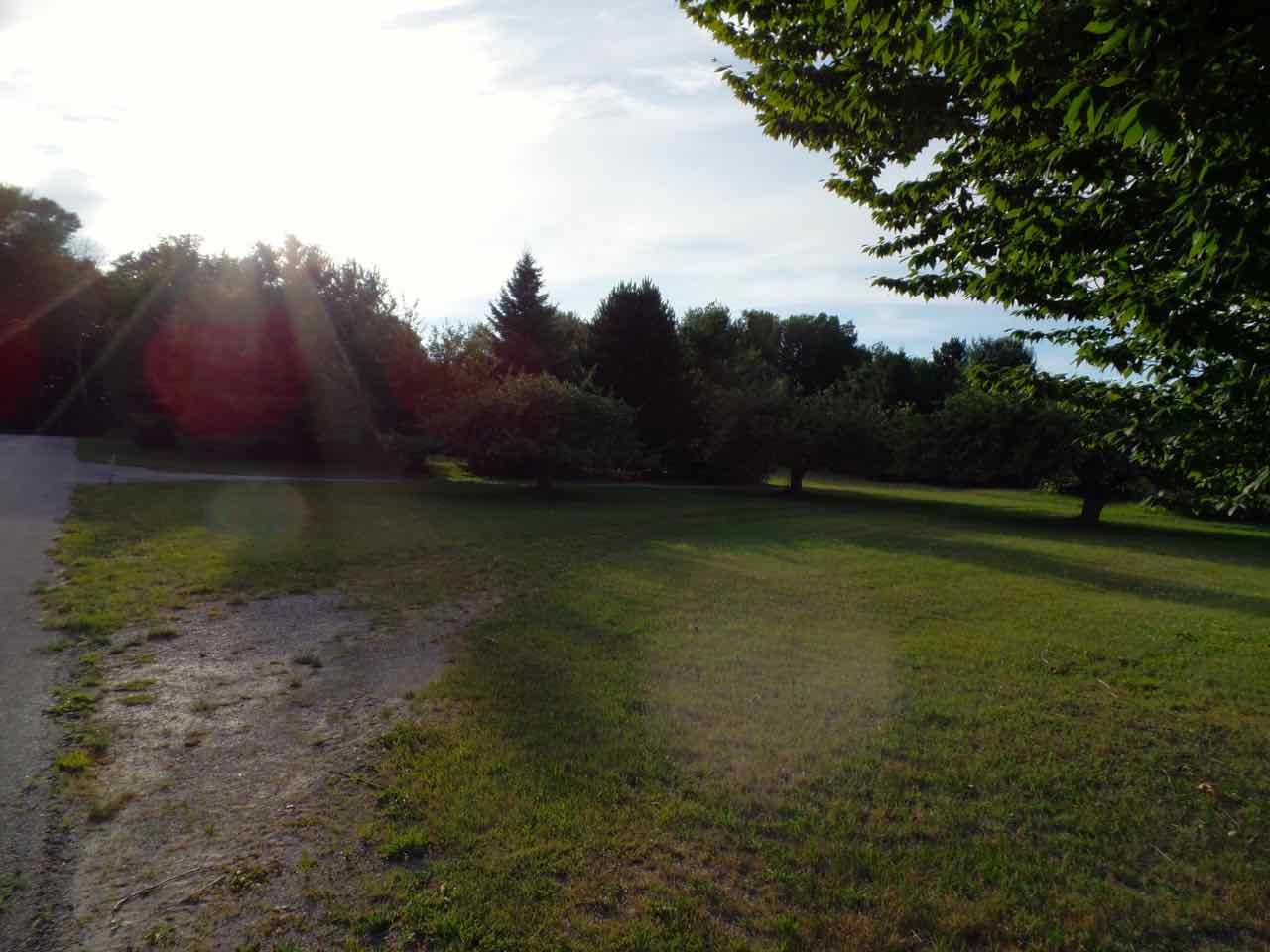 View from the end of the dead-end street on which the rented house was. The trees in the background were part of the rented property and were once part of a working orchard. No more, though. The trees near the camera were still farmed, if I am correct in my understanding of things.

Trivia: One woolsack, a large square bag filled with cloth and used since the reign of King Edward III as symbol of England's staple trade, remains in service, as the seat of the Lord Chancellor presiding at the House of Lords. Source: Shakespeare's Kings: The Great Plays and the History of England in the Middle Ages, 1337 - 1485, John Julius Norwich. And I bet they went and abolished that since the book was written anyway since Britain seems to be determined to toss off all its charming quirky stuff and cling to the bad parts anymore.

Currently Reading: Tubes: A Journey To the Center Of The Internet, Andrew Blum.