Let's watch the sun come up in another town

Been reading my humor blog on your Friends page? Or catching it on your RSS feed? Well, here, in the stuff before my pictures, is what you missed:

So, what was happening back in town when we were done with vacation? I took the chance to photograph the block of town that's since been demolished for the building of a new and less variated block. 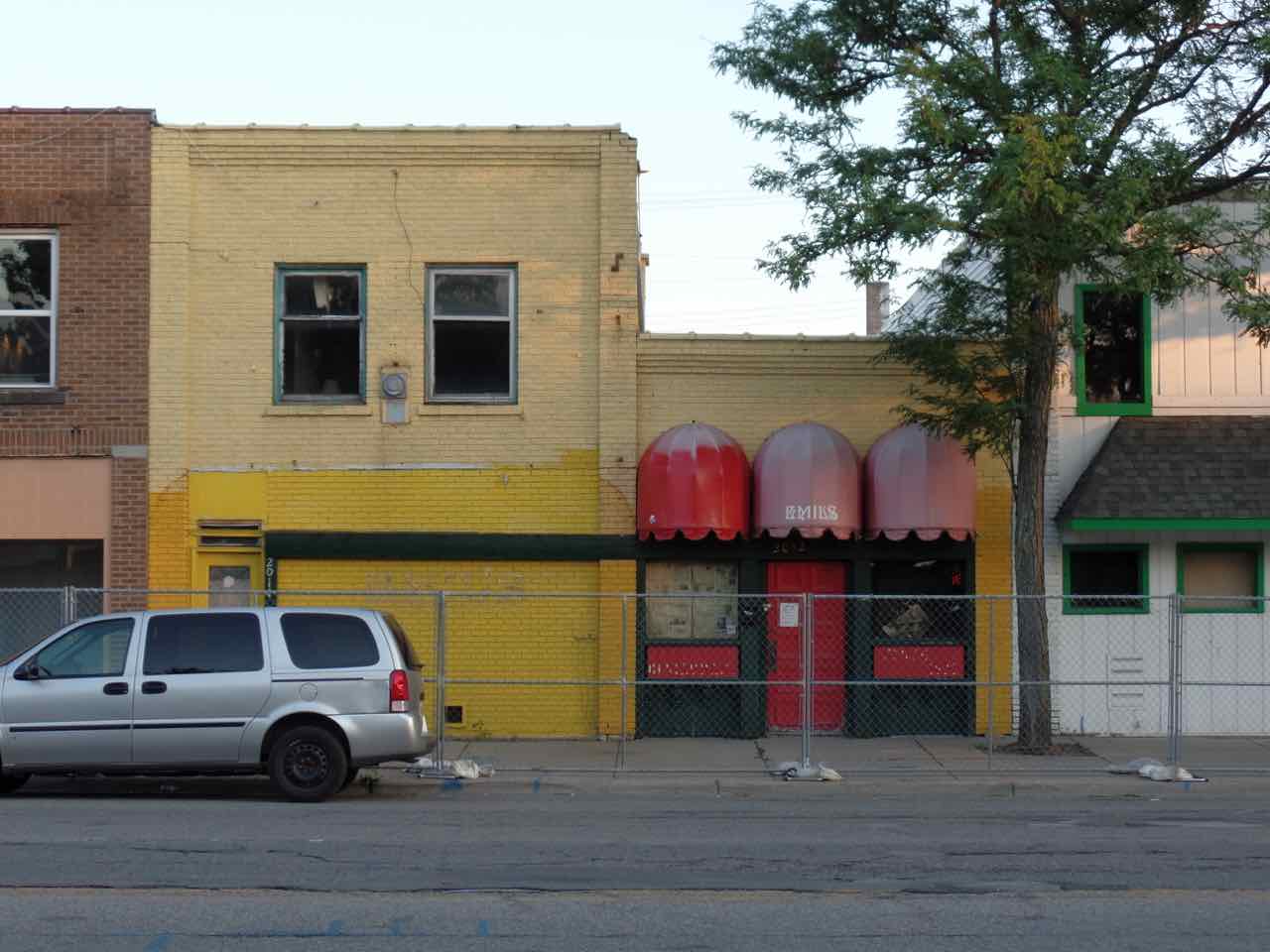 Emil's, which had been one of the two longest-running restaurants in Lansing before the redevelopment plans knocked down the area. Both the building with the three steep awnings and the yellow brick building to the left were part of the restaurant. To the right, the white building with green trim, had been a series of things, the last of which was a music venue that lasted two months before closing in a dramastorm of unpaid entertainers, unpaid vendors, unpaid taxes, and not-actually-applied-for licenses. 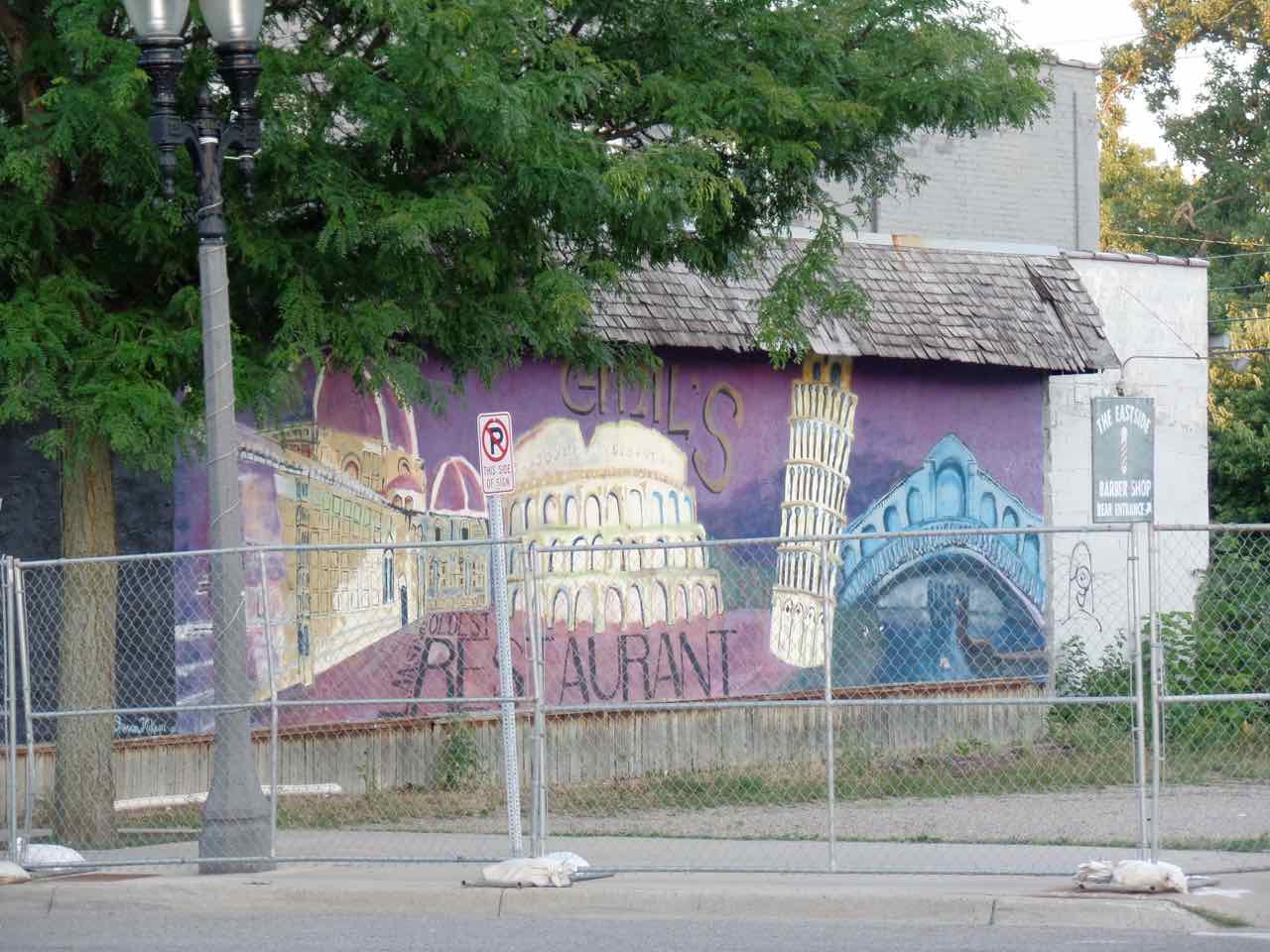 The Michigan Avenue strip has a lot of buildings with murals. This is one from the far end of the Emil's block, and was attached to a barber shop several buildings down from the actual Emil's. The mural had been repainted during 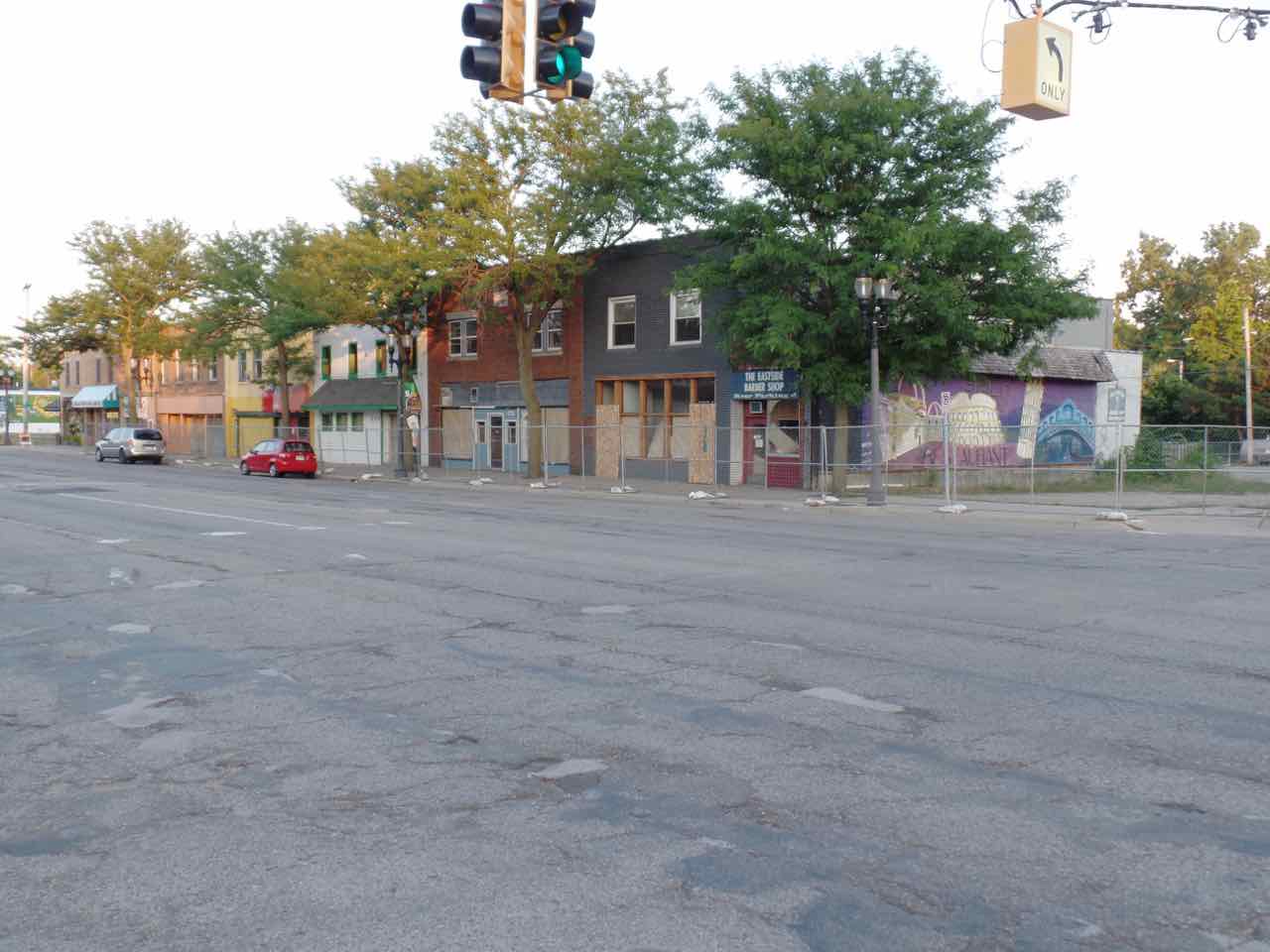 Broad view of the since-demolished block. The last couple buildings on the left are still intact. But the rest, allegedly, were in such poor shape they couldn't be renovated into something viable at any plausible rent point. The street's also been repaved since then. 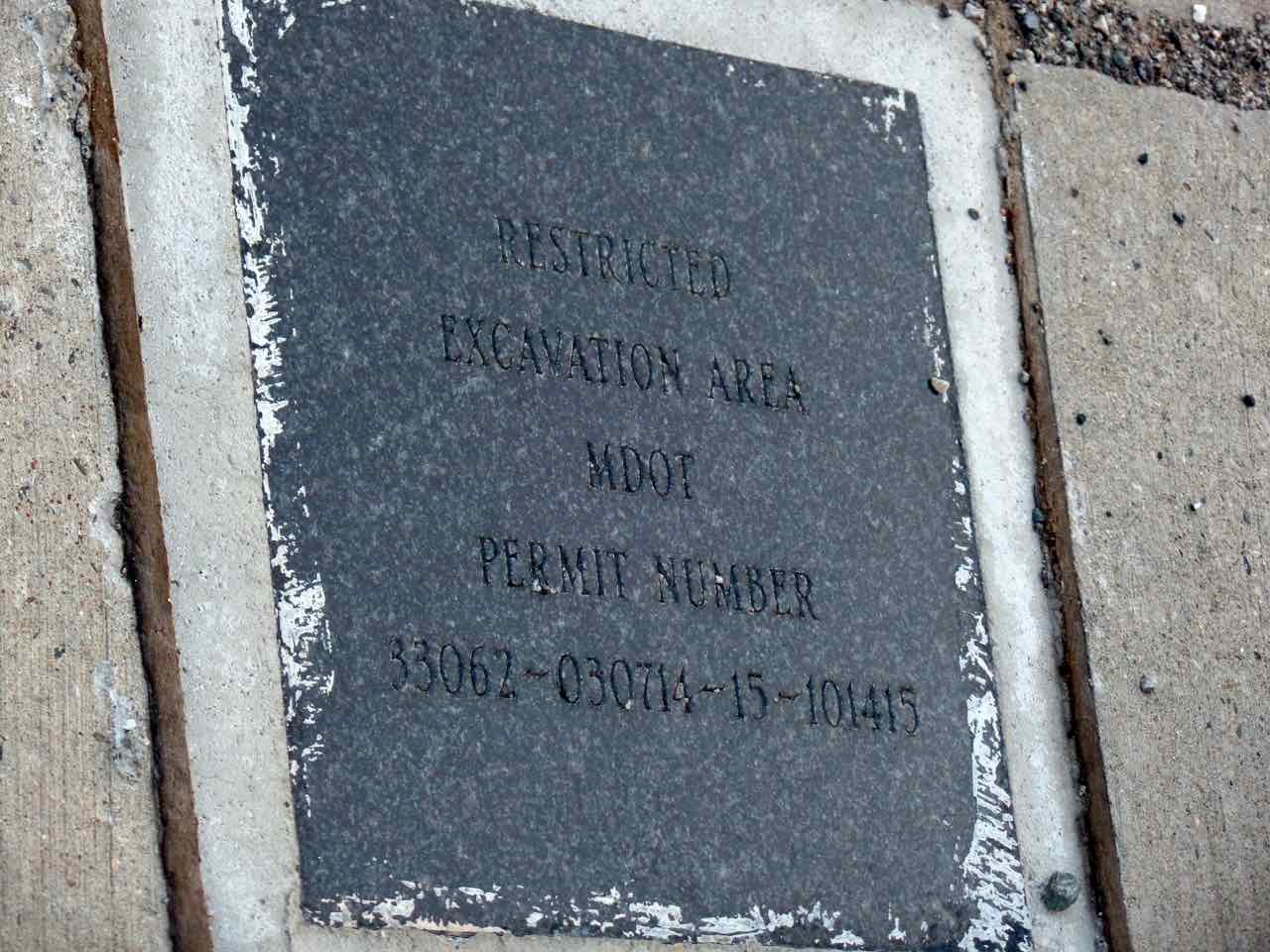 In the sidewalk opposite the demolished block: some kind of Department of Transportation informational marker that sure looks upscale for the job it's supposed to do of existing. You'd think just a regular old piece of concrete would do. 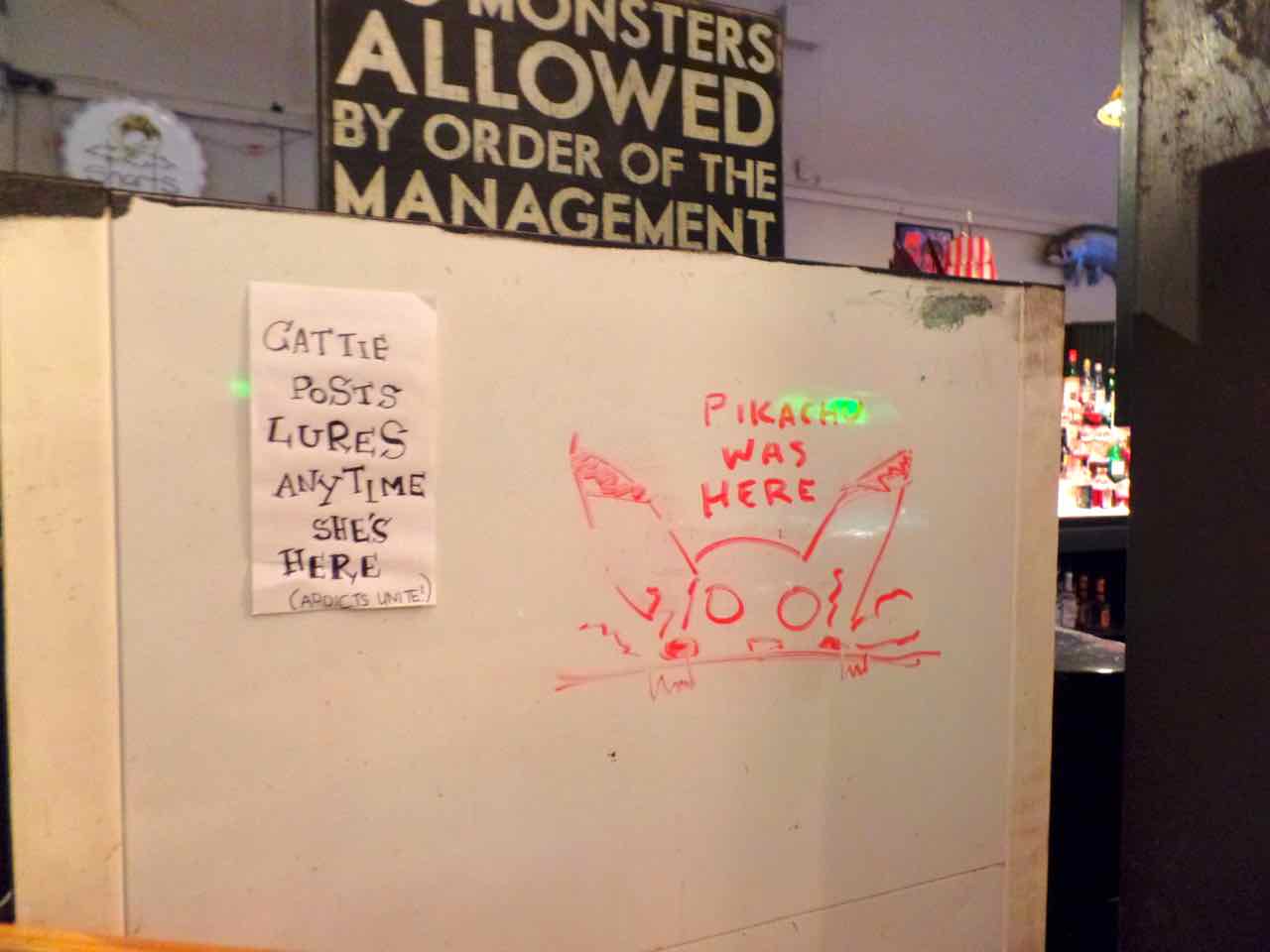 Remember back in summer when Pokemon Go was everywhere? It was in Lansing too. Here's stuff from the daily special board at our hipster bar, opposite the street from the demolished block. I believe there is a conflict between the promise of having Pokemon here and the ``No Monsters Allowed'' sign. Just saying.

Trivia: The earliest known reference to hallucinating pink elephants in print was in Jack London's 1913 memoir John Barleycorn. The phrasing suggests it was an already-familiar cliche, and earlier examples of peculiarly colored but non-pink elephants are extant. Source: American Cornball: A Laffopedic Guide to the Formerly Funny, Christopher Miller.

PS: Reading the Comics, February 15, 2017: SMBC Does Not Cut In Line Edition as I figured the week went on long enough.