My mathematics blog had a gift possibility open up this week. You don't need to get it for me. But if you're interested in what you missed, here, enjoy.

Ah, now for a break from pinball reporting with ... pinball event pictures. These are from July and the Baby Food Festival/Meijer State Games, in Fremont, a tiny town we'd come to know one small part of well in the close of the year. 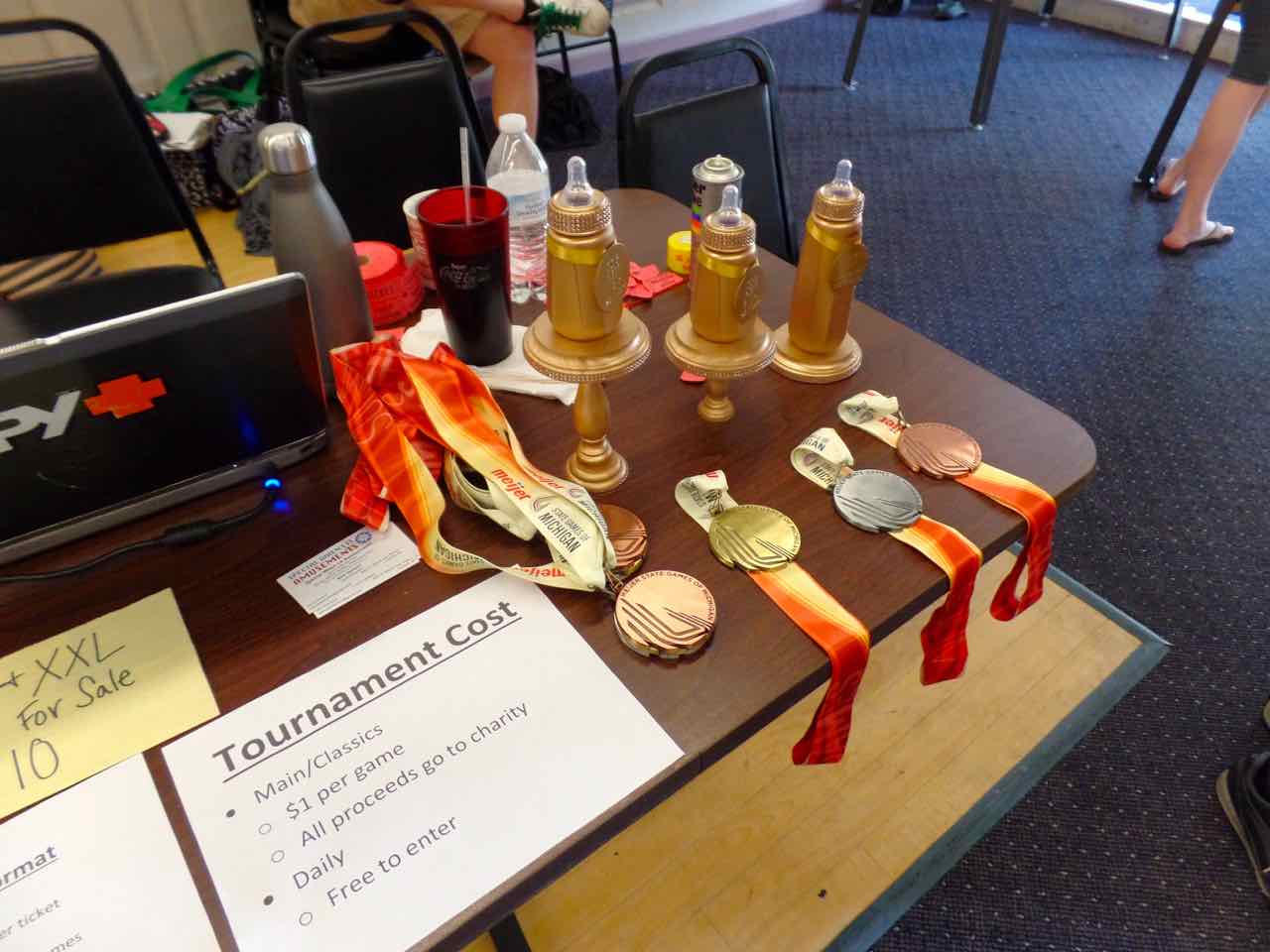 bunny_hugger and I would take two of the medals home. Note the baby food festival trophies there. The Coke wasn't anybody's particular award. 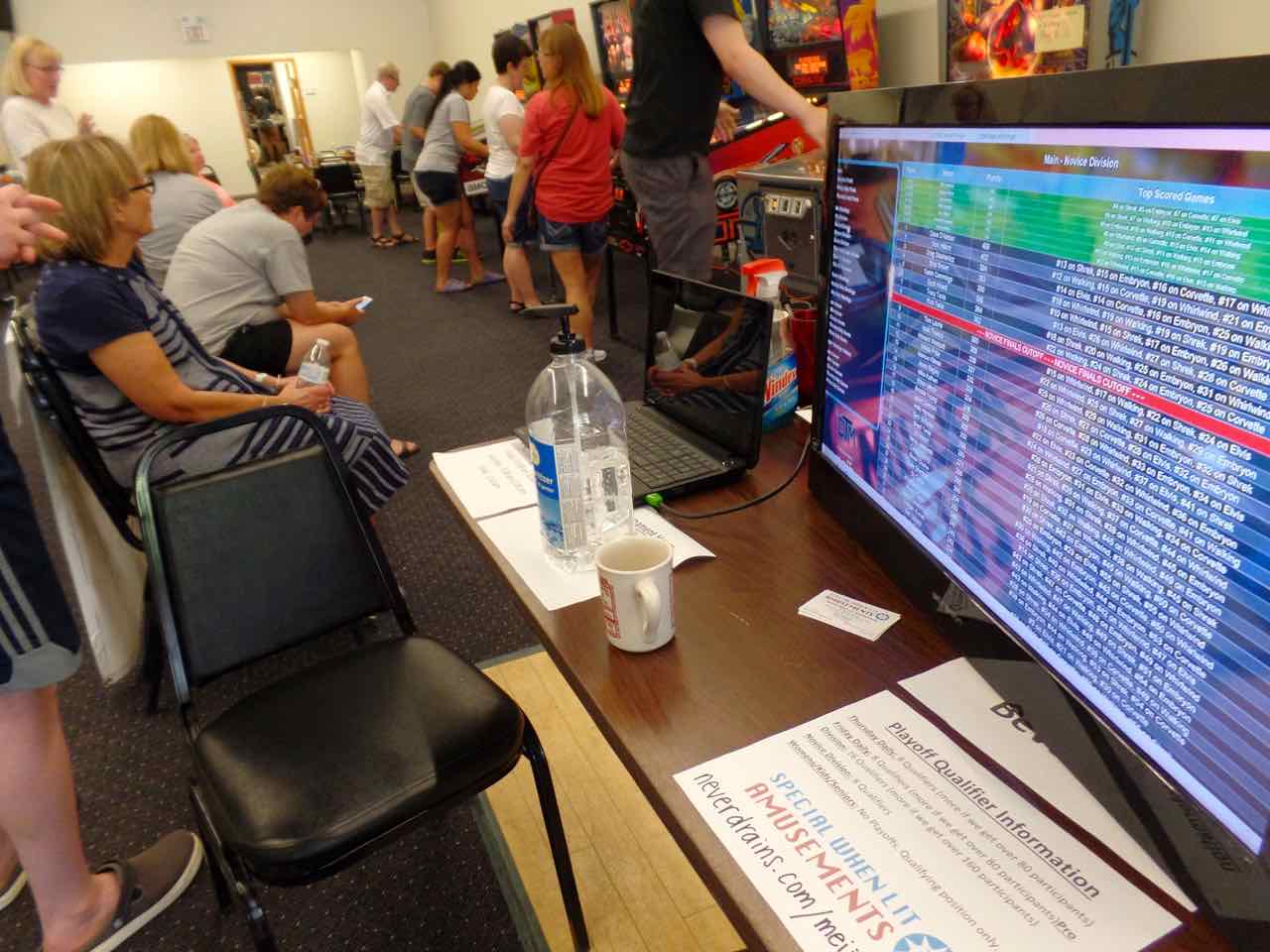 Competitors putting in games for the Baby Food Festival tournament. The screen on the right lists the standings. The people above the red line are qualified for finals. Qualification is based on total points, with more points given for beating more people's scores on a single machine. One good game might not be as valuable as fair scores on everything. 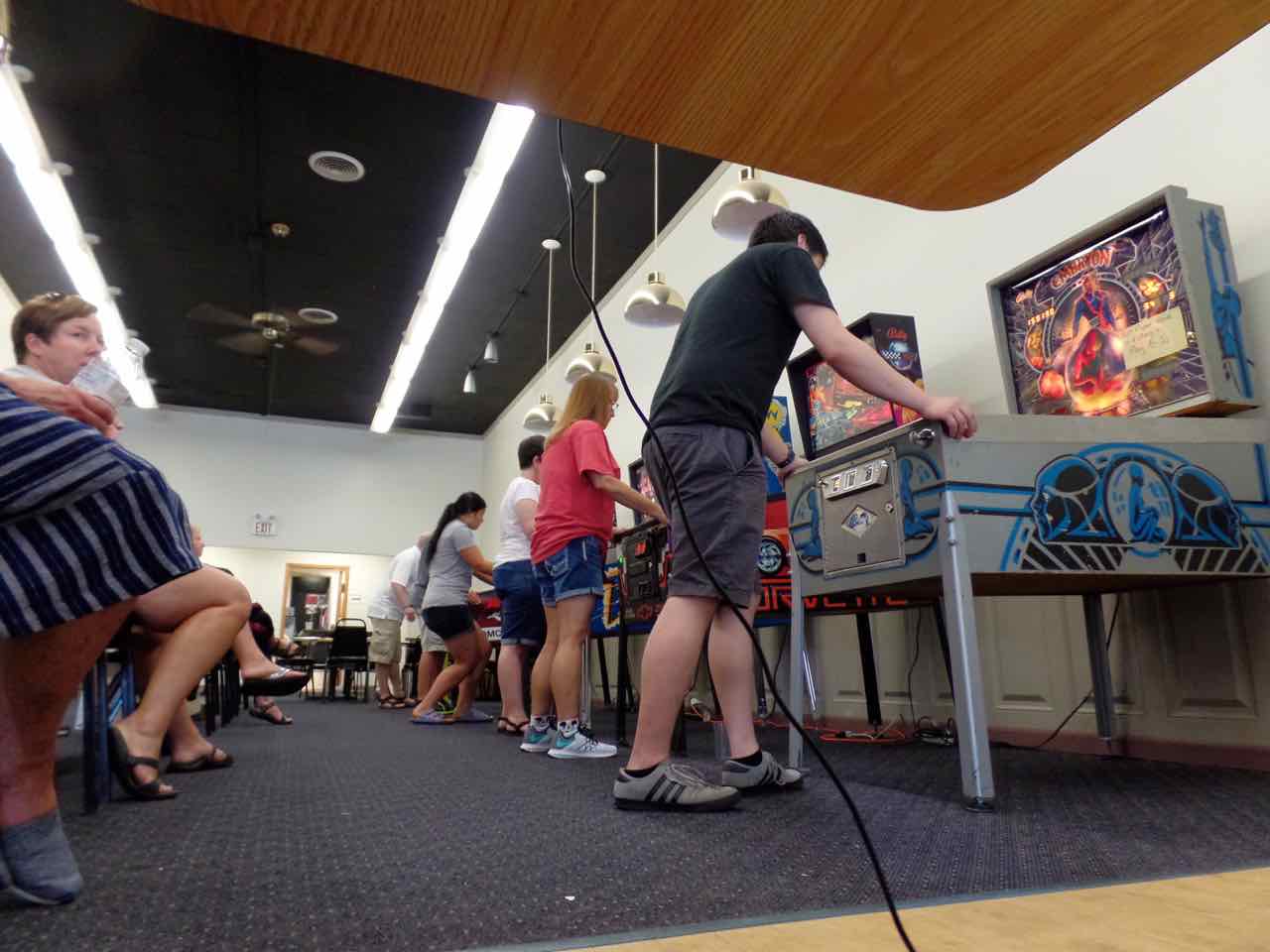 Low-angle view of every pinball tournament, or at least what qualifying for the tournaments always looks like. 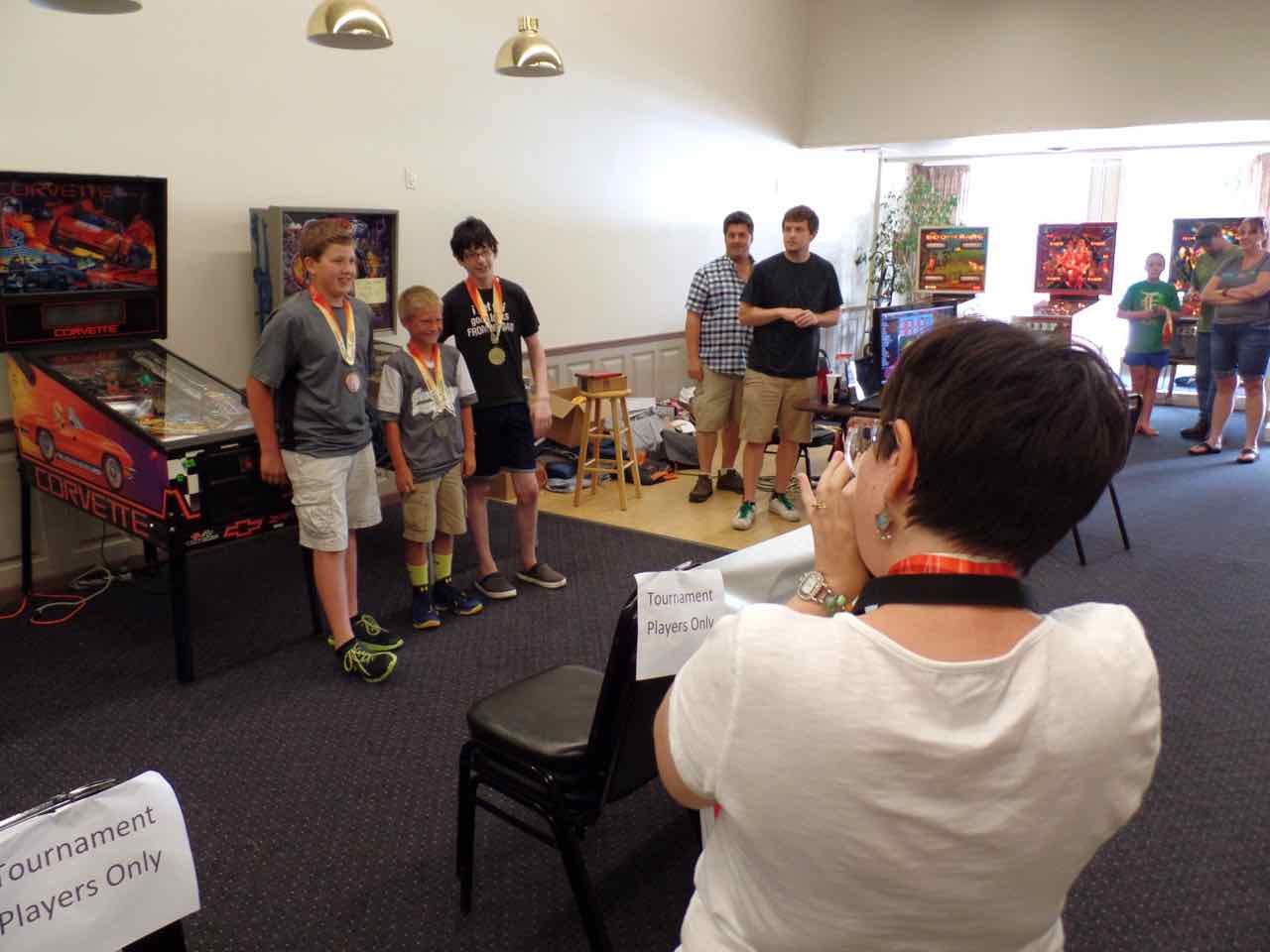 bunny_hugger grabbing the awards presentation to the kids division winners. The kid on the right would go on to state finals. 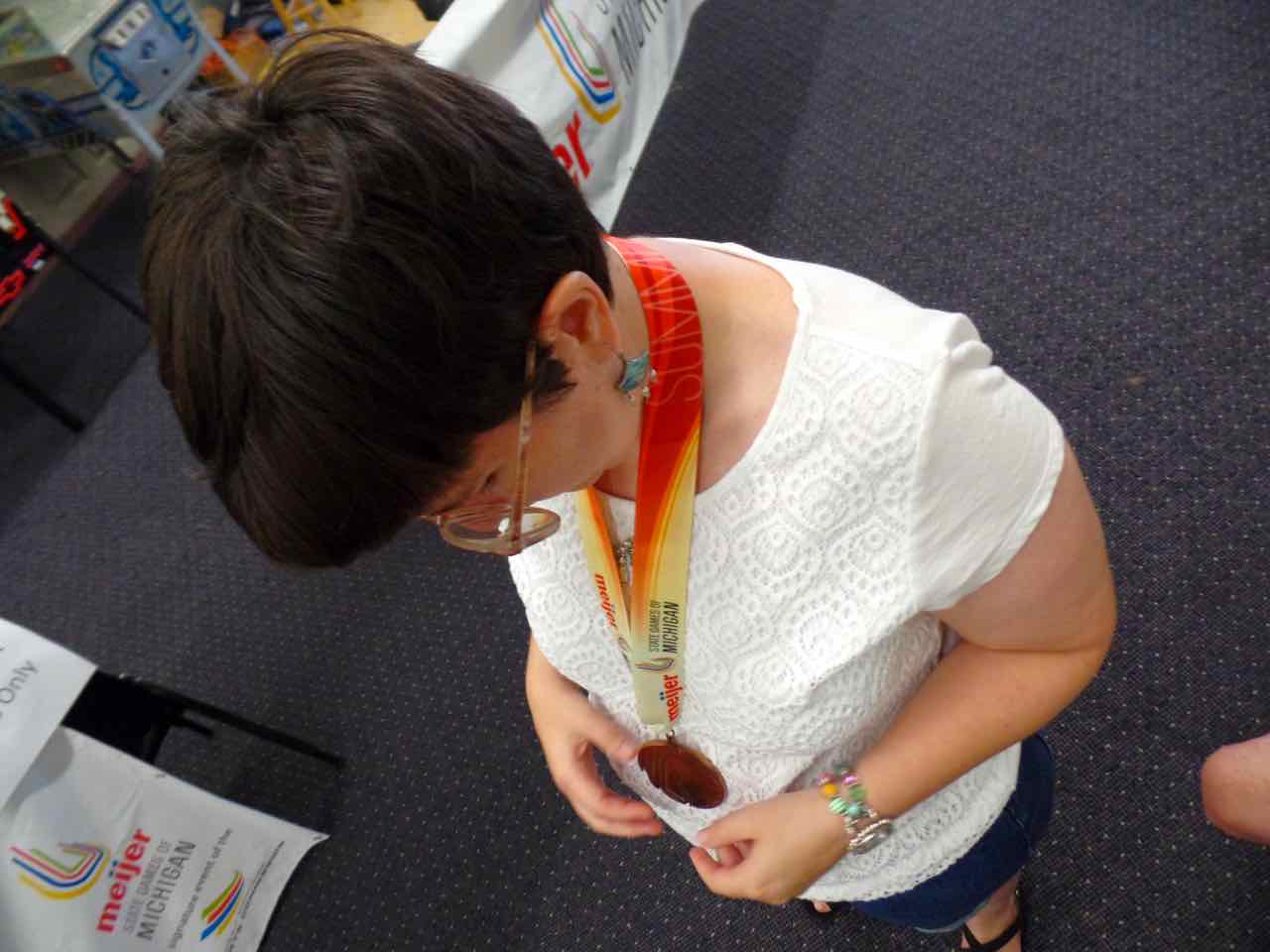 bunny_hugger examining her own medal, for second place in the women's division. 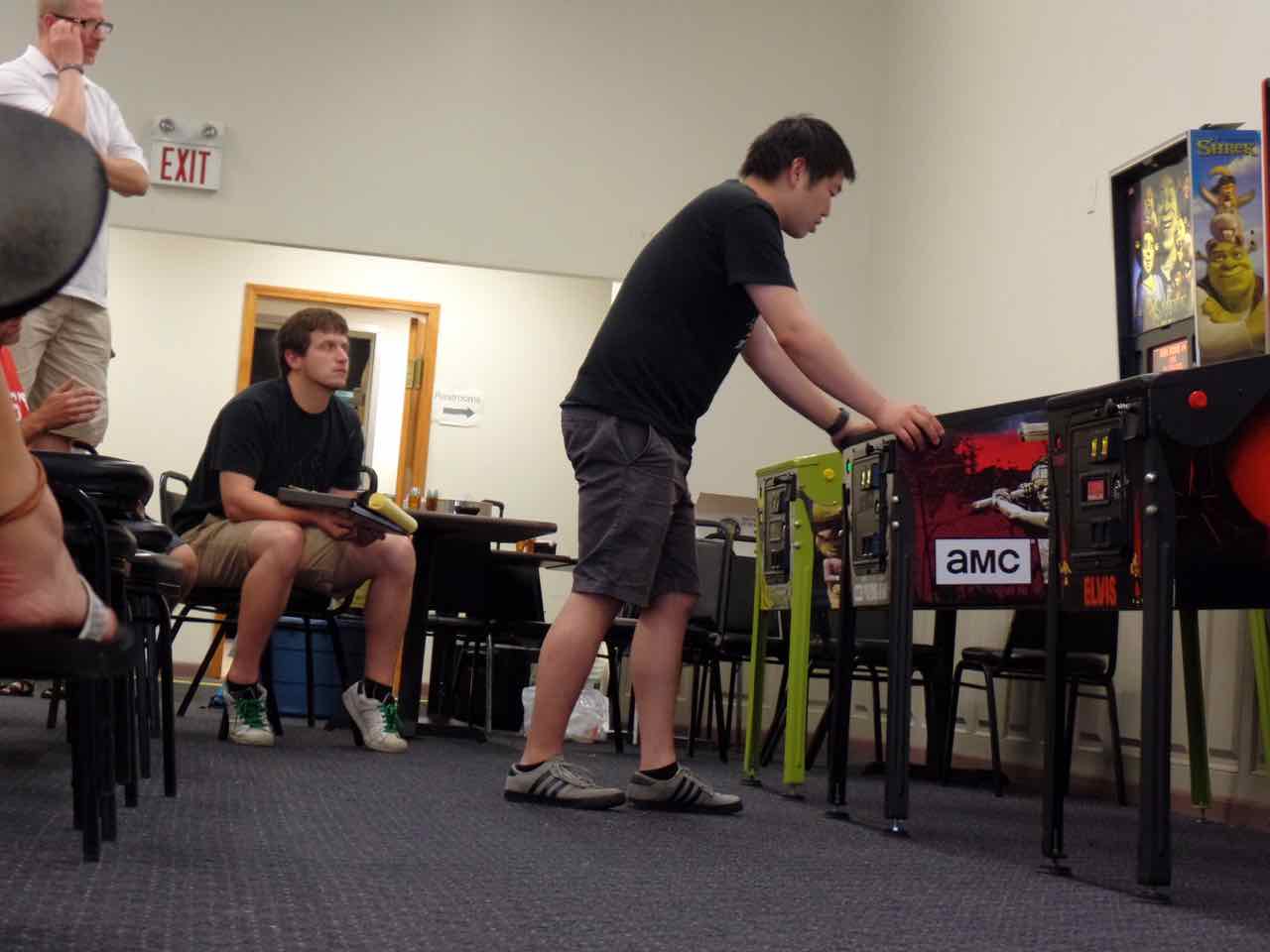 Finals. ADM tries to put up enough billions on The Walking Dead to squeeze out victory. Watching him with the notepad is AJH, who'd be the top seed in the state thanks in part to his knowing how to get ALL THE RANKING POINTS EVER for arranging pinball events like this.

Trivia: In May 1932 an experimental television broadcast for station W6XAO, Los Angeles, originated from a tri-motored airplane in flight. Source: Please Stand By: A Prehistory Of Television, Michael Ritchie.