Knew the players by their first names

It's Thursday-ish Friday so let me remind you who haven't put my humor blog on your Friends page and don't even have an RSS feed that you missed reading stuff like this earlier:

Back to the ballpark! And the game. 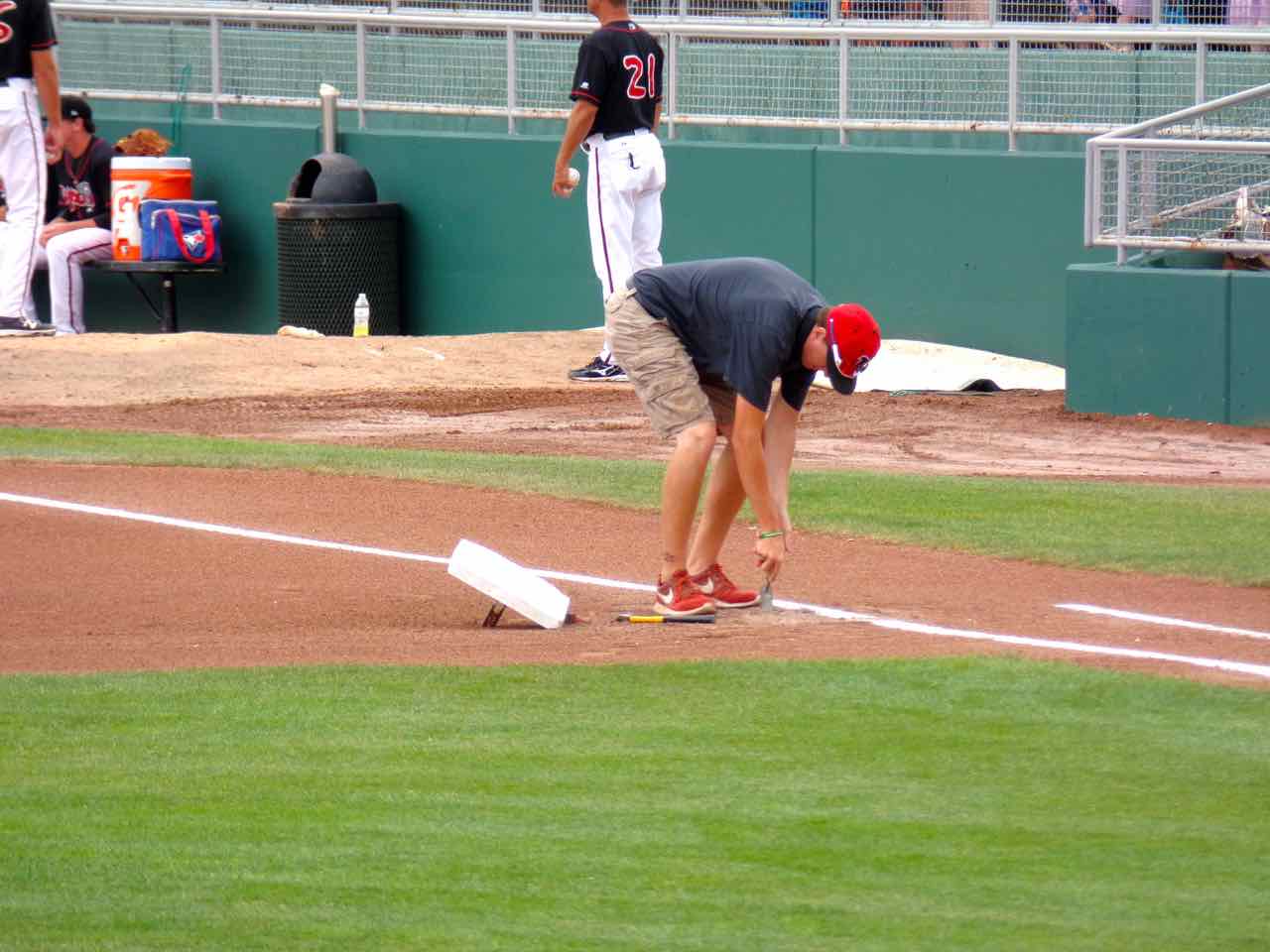 Infield prep: planting first base in a freshly-dried-enough ground. 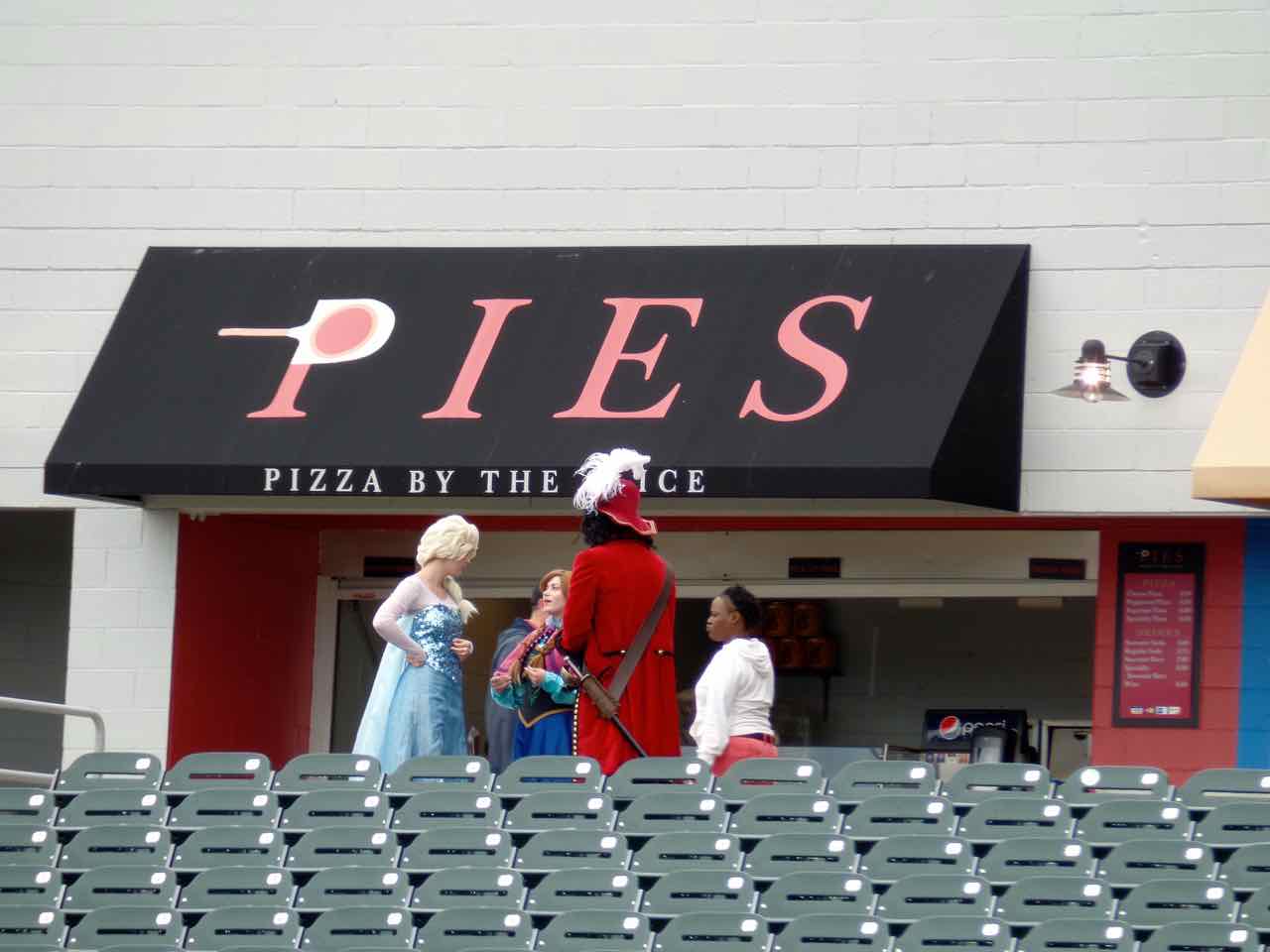 Oh, the Princess and the Pizza Pie-rate, huh? I get it. 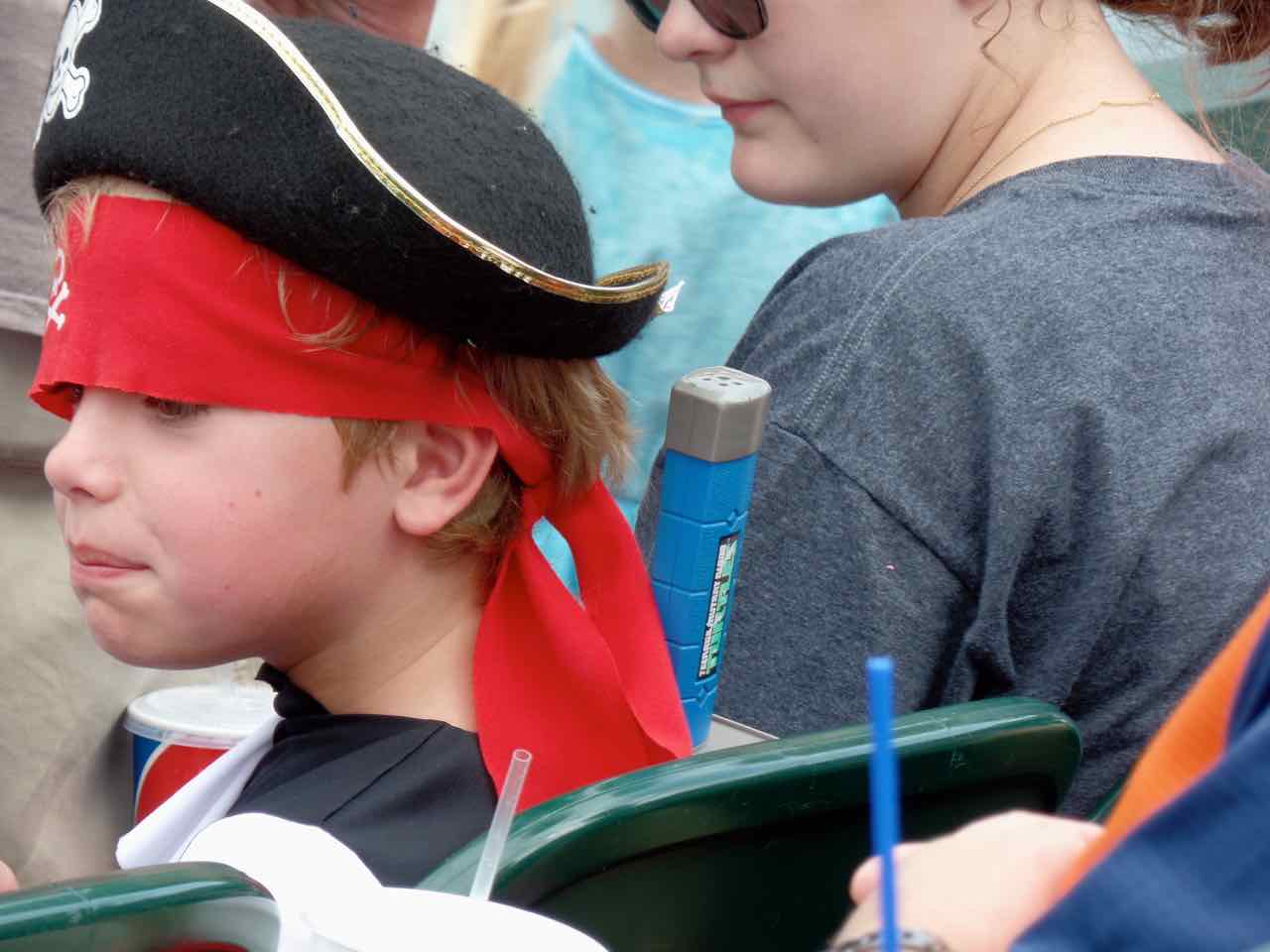 The kid who won the Pirate costume contest, who happened to be sitting near us and who went in with a Ninja Turtles sword. 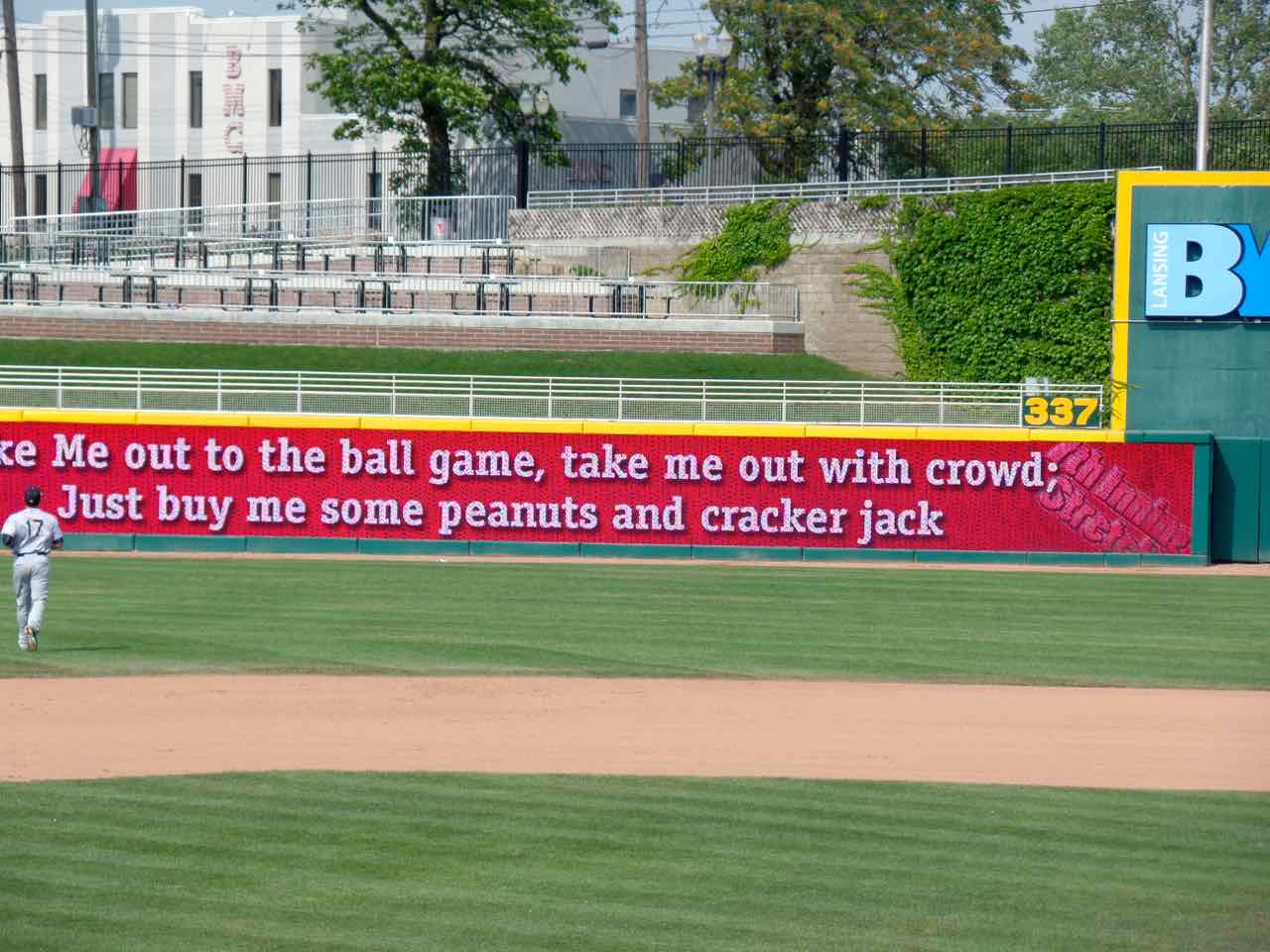 What happens when the scoreboard guy gets the lyrics to ``Take Me Out To The Ballgame'' from the first hit on allthebestlyrics.com instead of a reputable source. 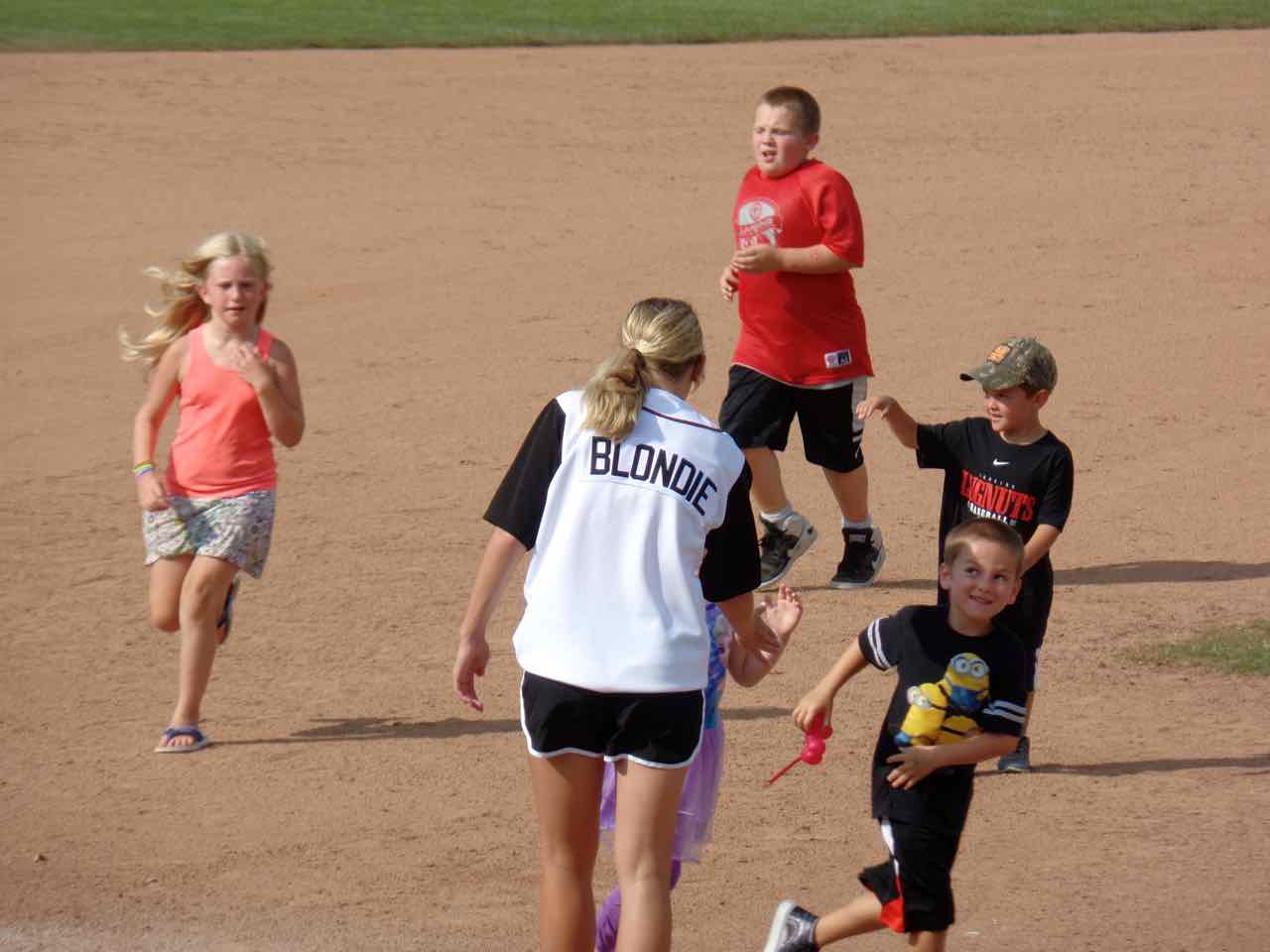 Some postgame thing where a bunch of kids were brought in to run around the infield for reasons I forget. Big Lug was there too, but this was a better picture despite the lack of dragon.

PS: Words About A Wordless Induction Proof so you can read that or just look at the pictures.