Told the umpire he was wrong all along

Three posts in the week seems to be my new normal for the mathematics blog. ( RSS feed here.) I've got plans for this coming week, though! Watch this space. Run since last week:

After the ball game we said farewell to JIM and then wandered around town a little as the day had gotten much sunnier, in fact so sunny as to burn our skin, and we had some time before we figured to get home. 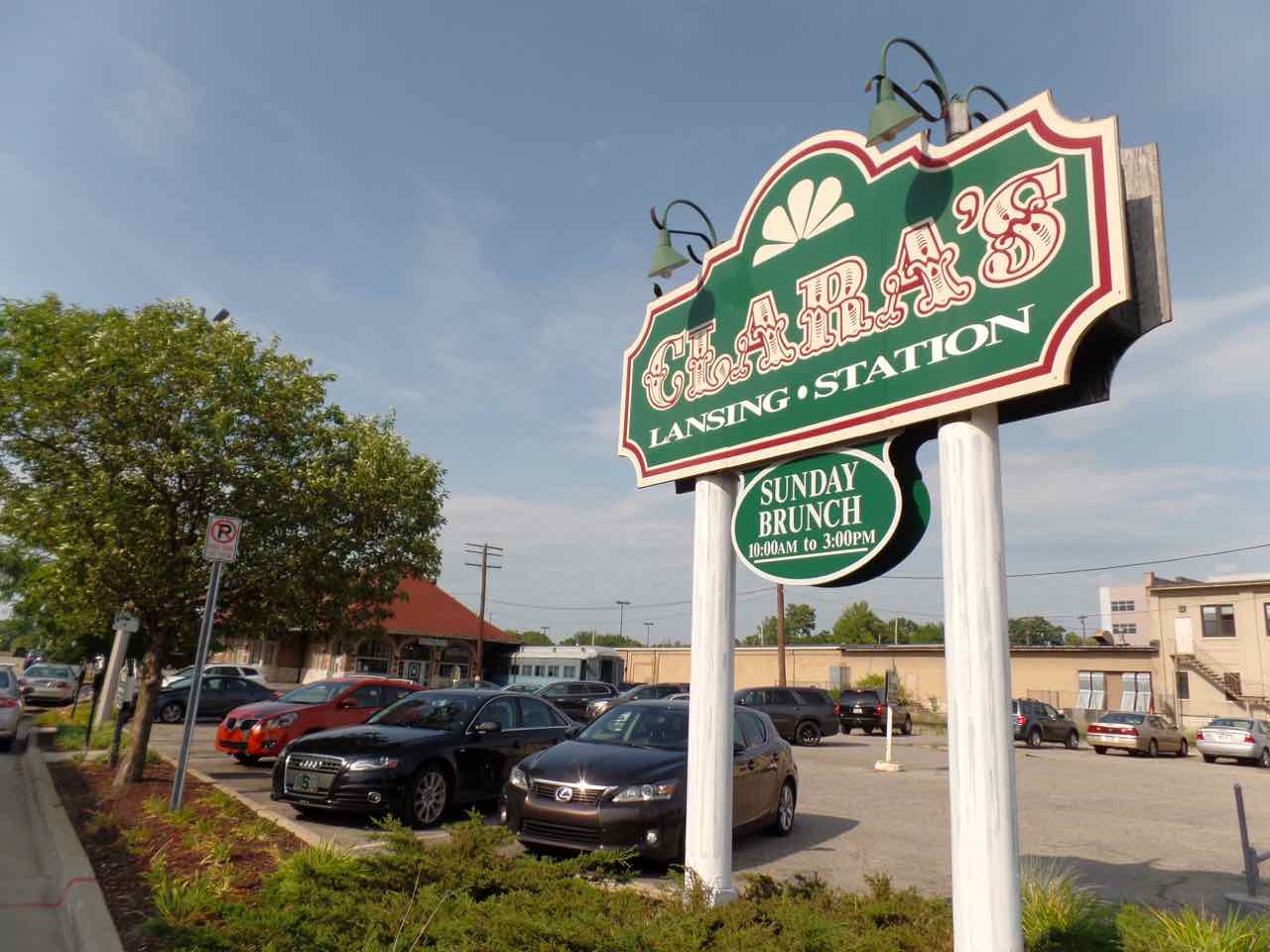 Clara's was a restaurant set up in the former train station. It had been there forever and then suddenly closed without warning. There's talk of what they're going to do with the site (make it into a restaurant) but we'd got there after the ballgame and before anything was really changed about it. Also, while this was a month after the place closed there was still a full parking lot and it looked like people inside. Our best guess was a pre-booked event. 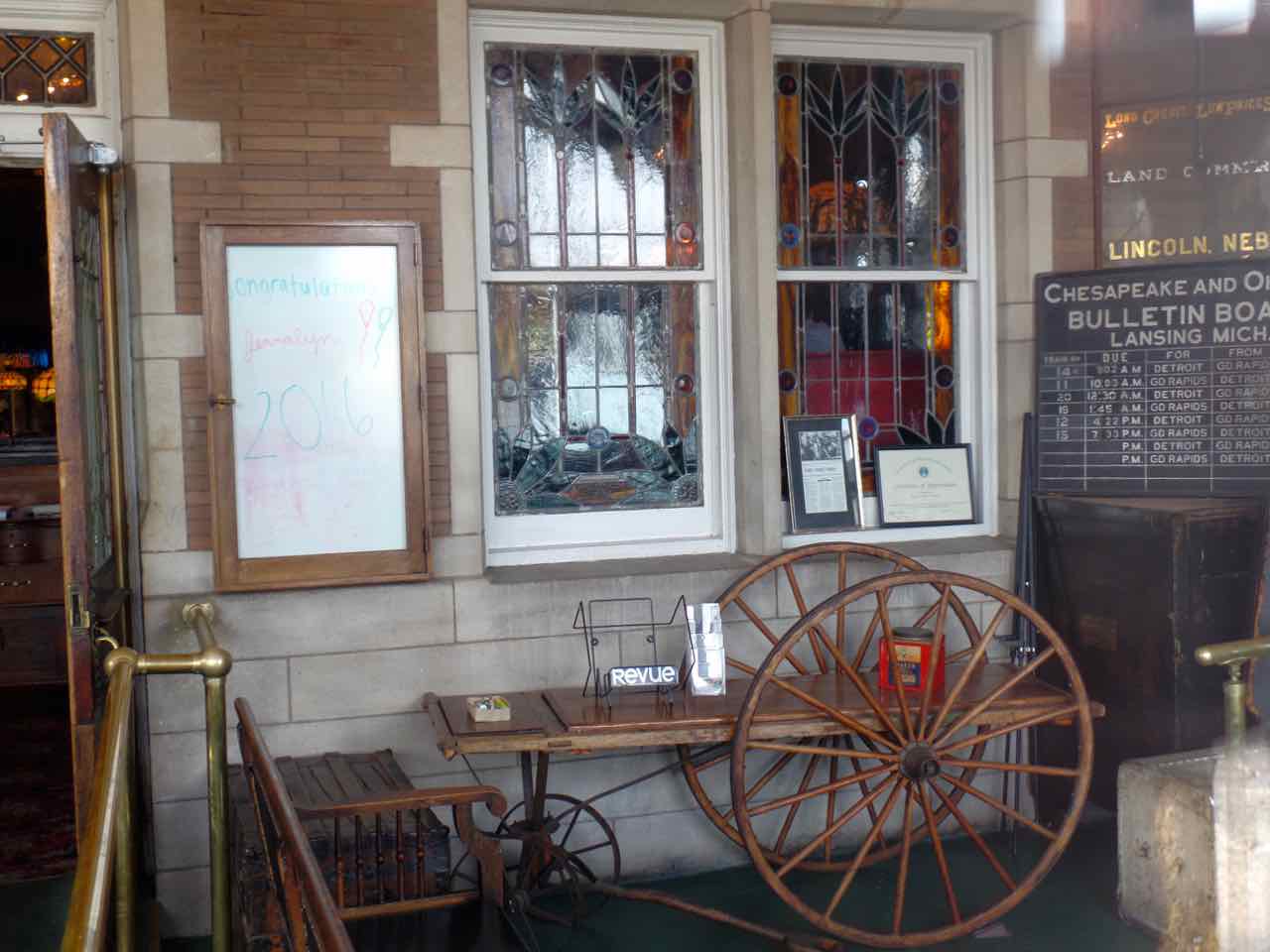 Inside the vestibule for Clara's. The place was decorated in the Pile Of Railroad-Connected Antiques style; note the Chesapeake and Ohio train schedule on the right. No idea if that was ever a specifically correct schedule or if it just looked good. 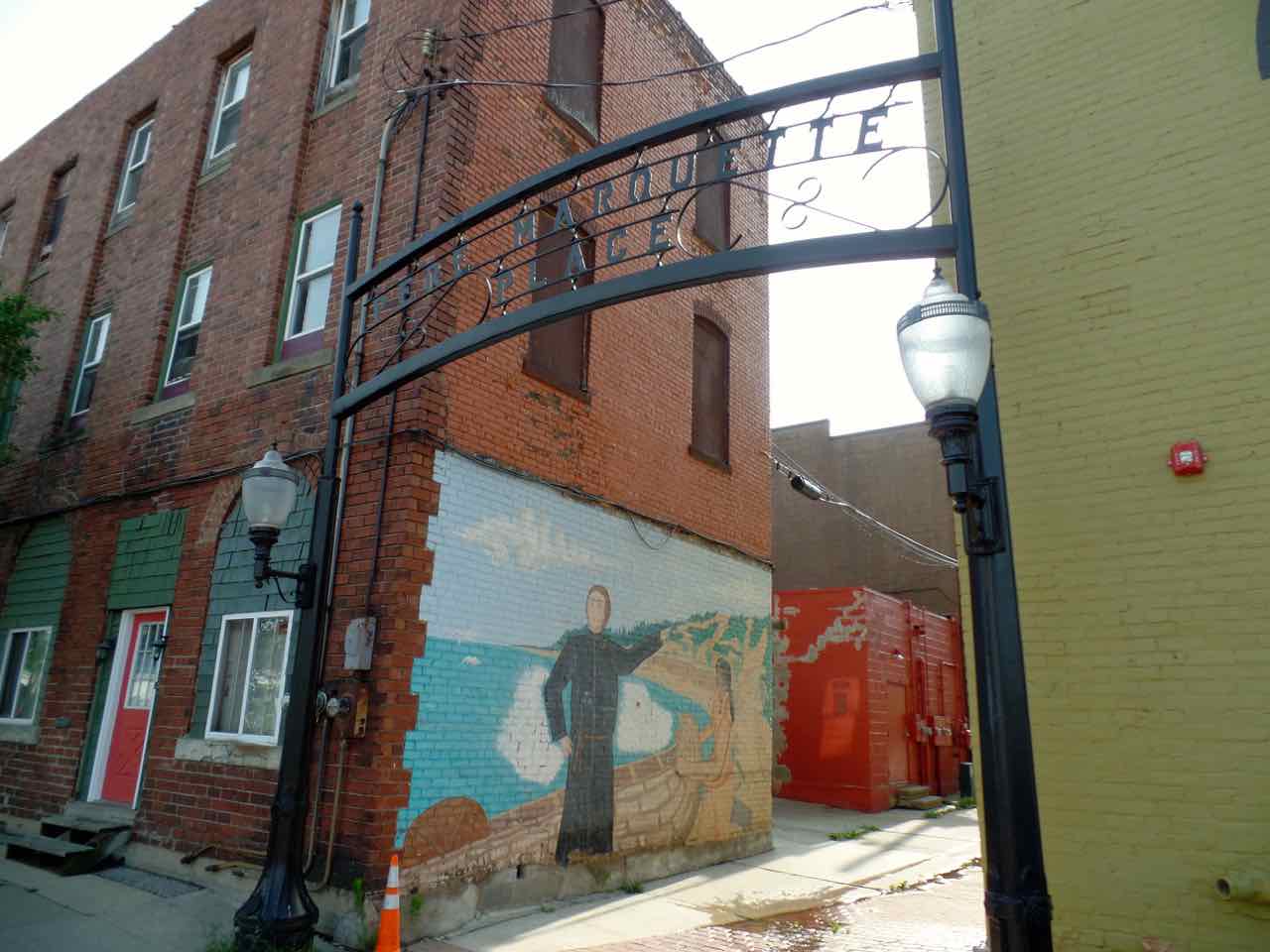 Opposite Clara's and to the east is this alleyway that for some reason got dressed up with the name Père Marquette Place and one of the town's good number of murals. 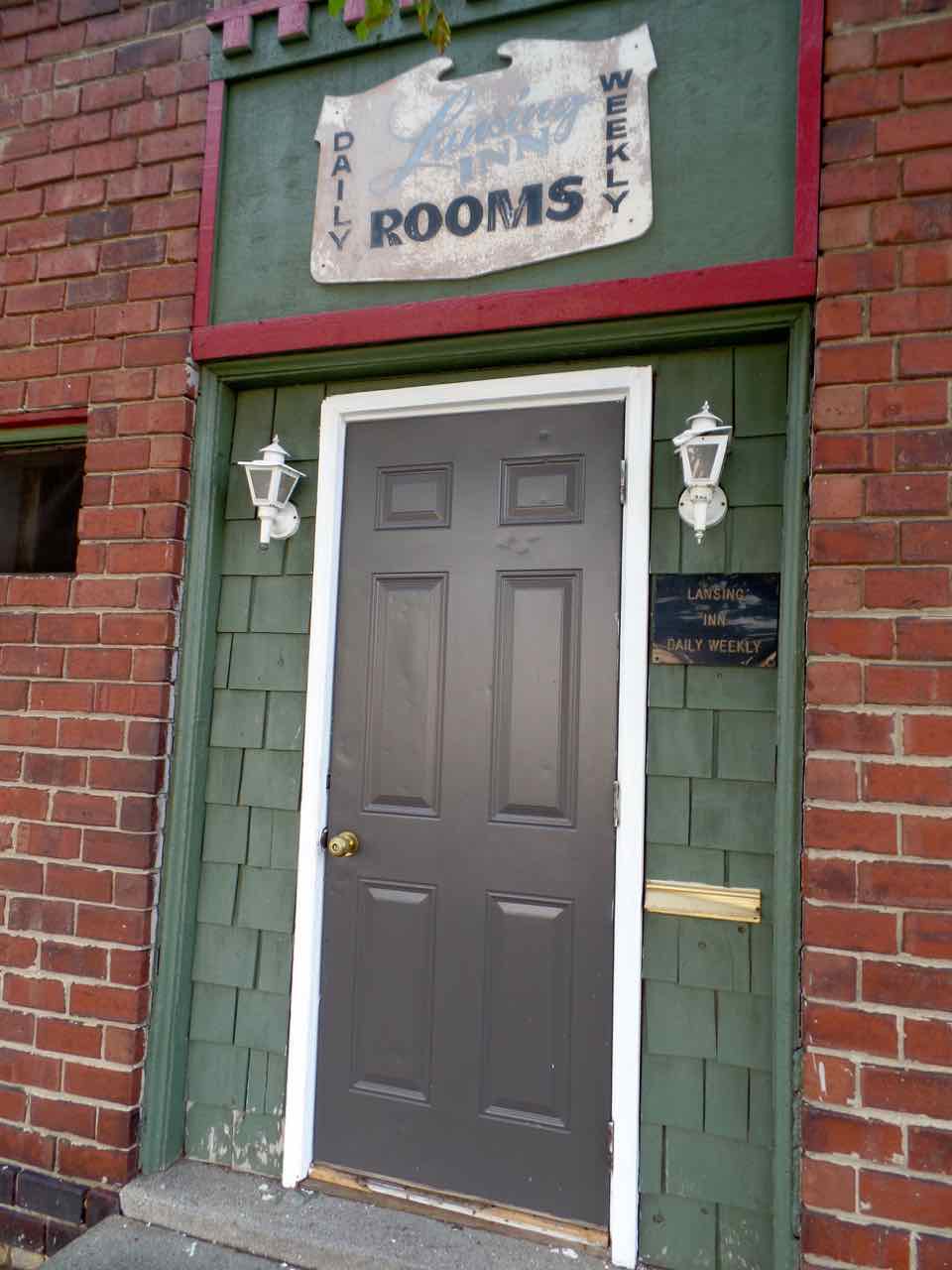 One of those things you never notice is around: the Lansing Inn. We're none too sure if it's still a current hotel or what. The best we can tell from the area suggests it might have once been a hotel and now is just offices. I could understand keeping the sign above the door as an historical artifact, but then why the small one to the right? 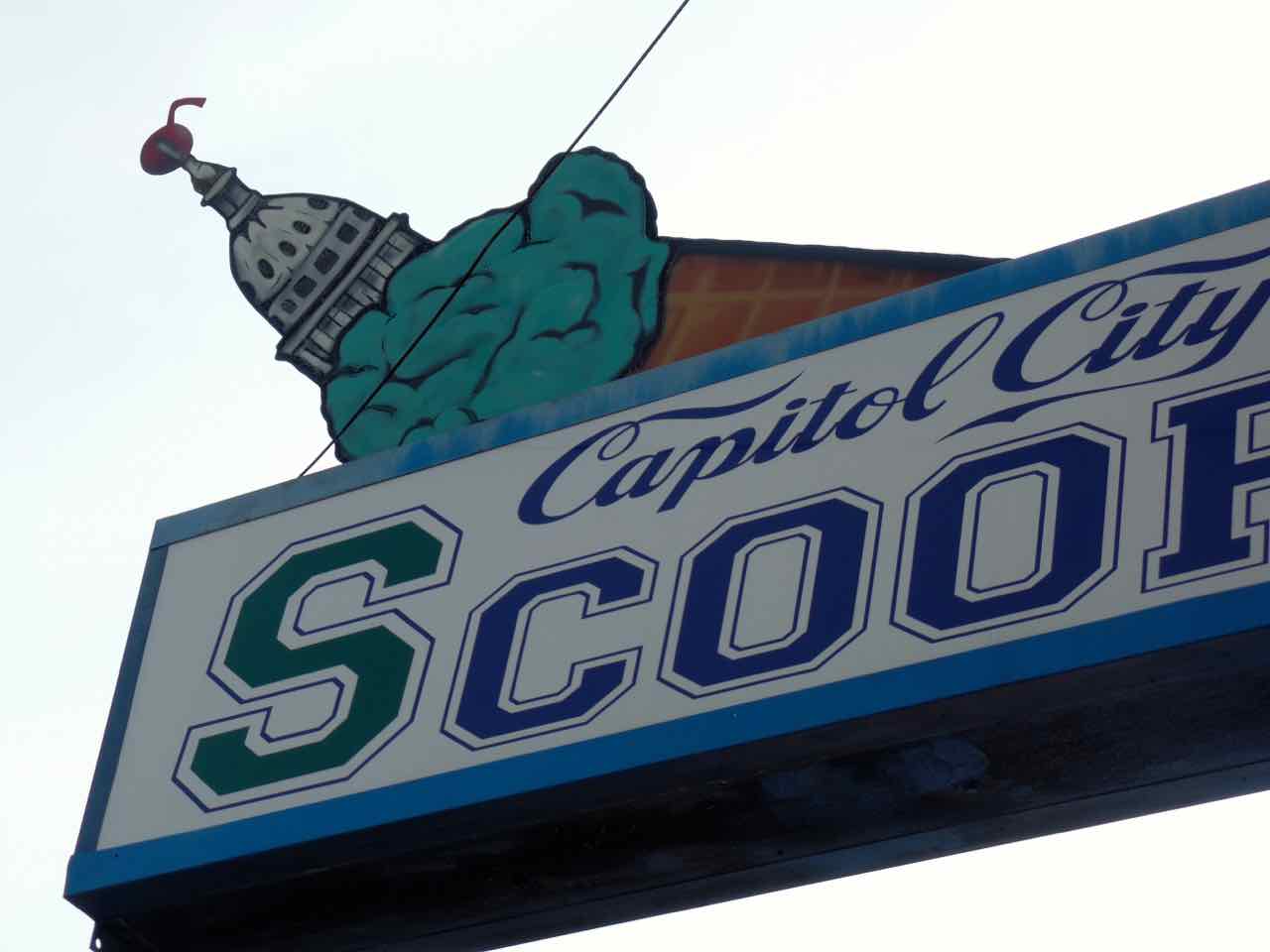 Capital City Scoops, an ice cream shop near all this. Mostly we like its sign, which turns the state capital into the Cadbury Flake for a 99.

Trivia: Henry VI was the only English King to be crowned in France. (He also lost all England's French territory apart from Calais.) Source: Old London Bridge: The Story of the Longest Inhabited Bridge in Europe, Patricia Pierce.