Horses chasing cause they're racing

My humor blog's kept up its daily postings this week, too, and it passed its 1500th post without my remembering to say anything about that. Um. Sorry. RSS feed included here. That's something, right? Anyway, here's what was happening there:

Our journey to Pinburgh began with a stop at a small municipal park which had absorbed the contents of a small amusement park. What happened in our nearly twelve minutes wandering around there? This. 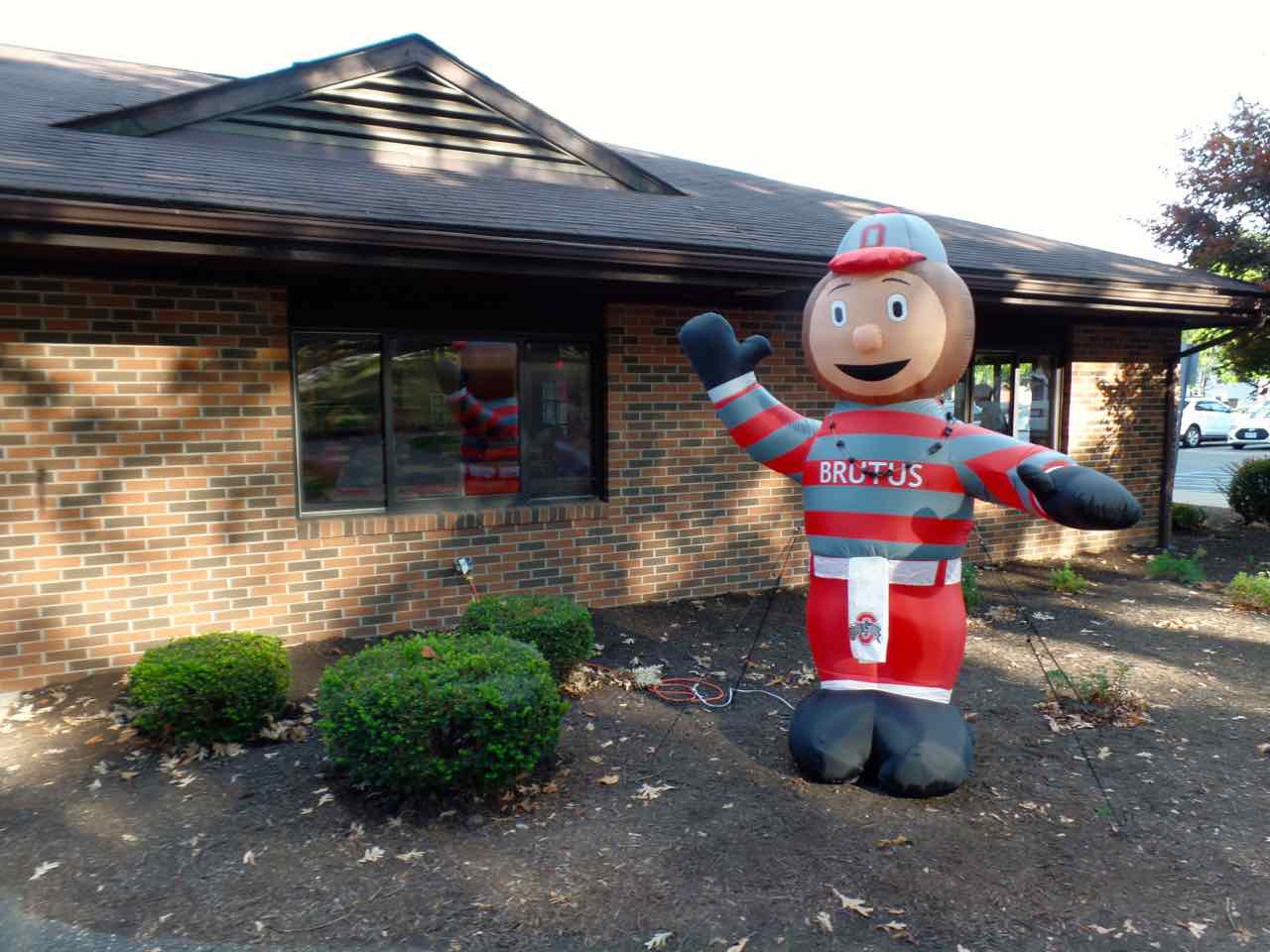 Inflatable figure set up outside Tuscora Park in New Philadelphia, Ohio, for ... well, I don't know. So visiting Michigan fans have something to punch? I don't know, you all are weird. 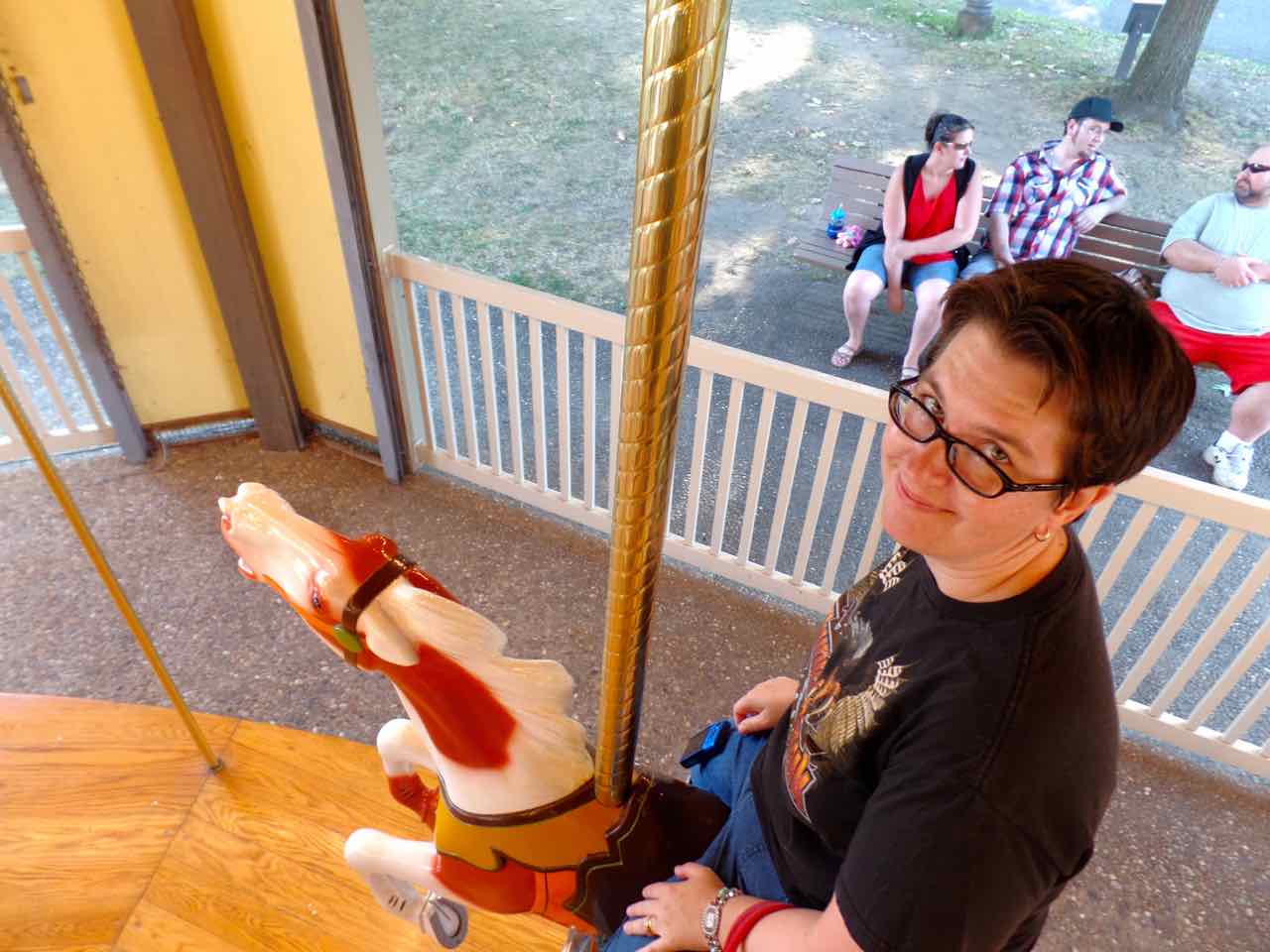 bunny_hugger enjoying the antique carousel that Tuscora Park has had since 1940. It's a Herschell-Spillman from around 1925; the National Carousel Association doesn't know who owned it before Tuscora Park. 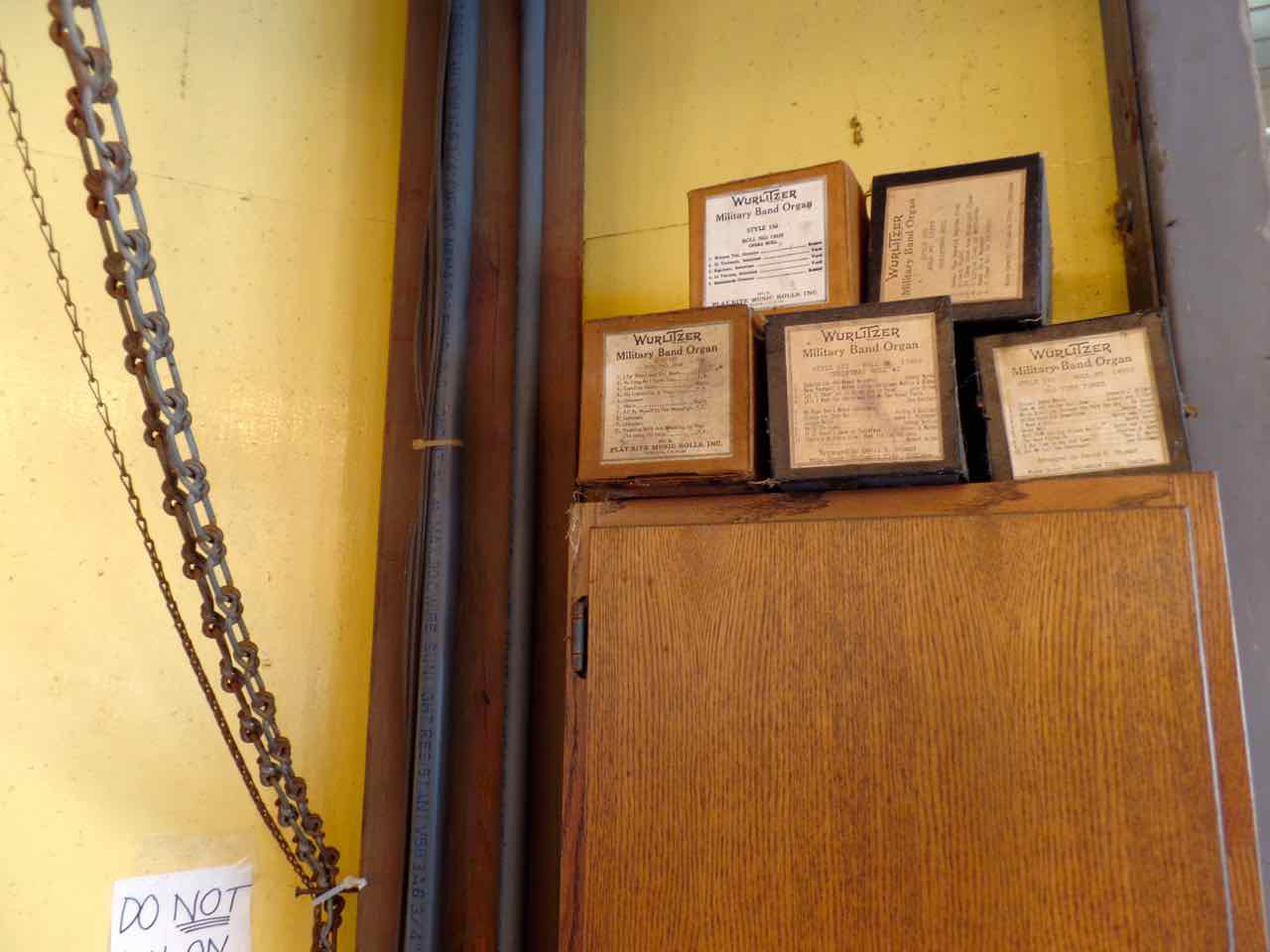 Music scrolls for the carousel's Wurlitzer 153 band organ. I love getting photographs of their inventory like this. 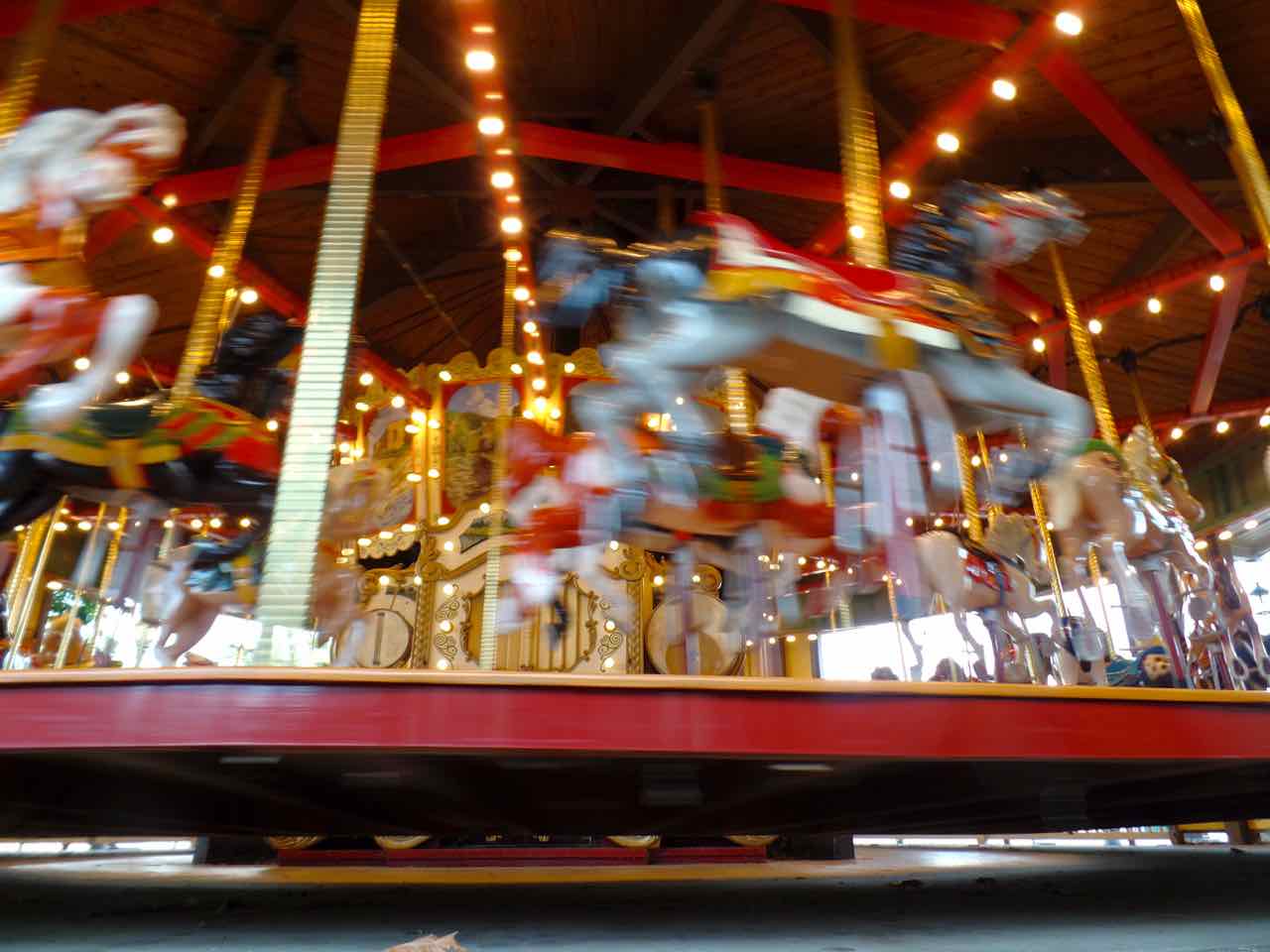 The Spillman carousel at full speed and from that nice low angle that makes for such exciting pictures. 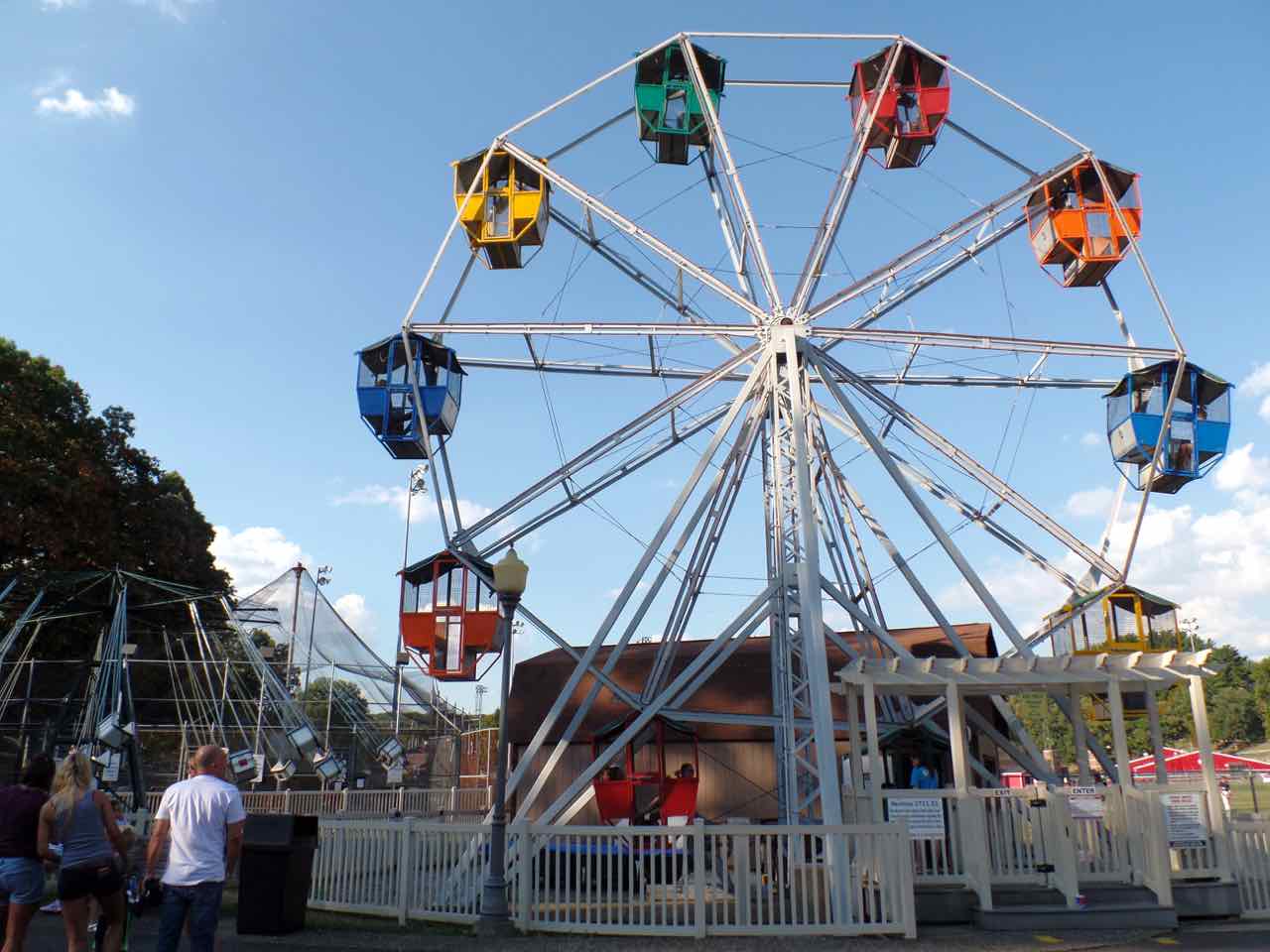 The C W Parker Superior Wheel, finally (finally!) working. We'd ridden its sibling, and the only other survivor of the breed, at Crossroads Village in Flint often.

Trivia: Insurance payments for the San Francisco Earthquake and Fire in 1906 alone depleted about 14 percent of Britain's stock of gold, the largest outflow of gold from Britain between 1900 and 1913. Source: The Panic of 1907: Lessons Learned from the Market's Perfect Storm, Robert F Bruner, Sean D Carr.