I passed my 1500th post on my humor blog and then forgot to mention that fact when it happened. I'll have to wait for the 2000th, I guess. Anyway, here's stuff that's run on my humor blog the past week:

And now return with me to Anthrocon in the off-season, when it's cheaper: Pinburgh 2016! 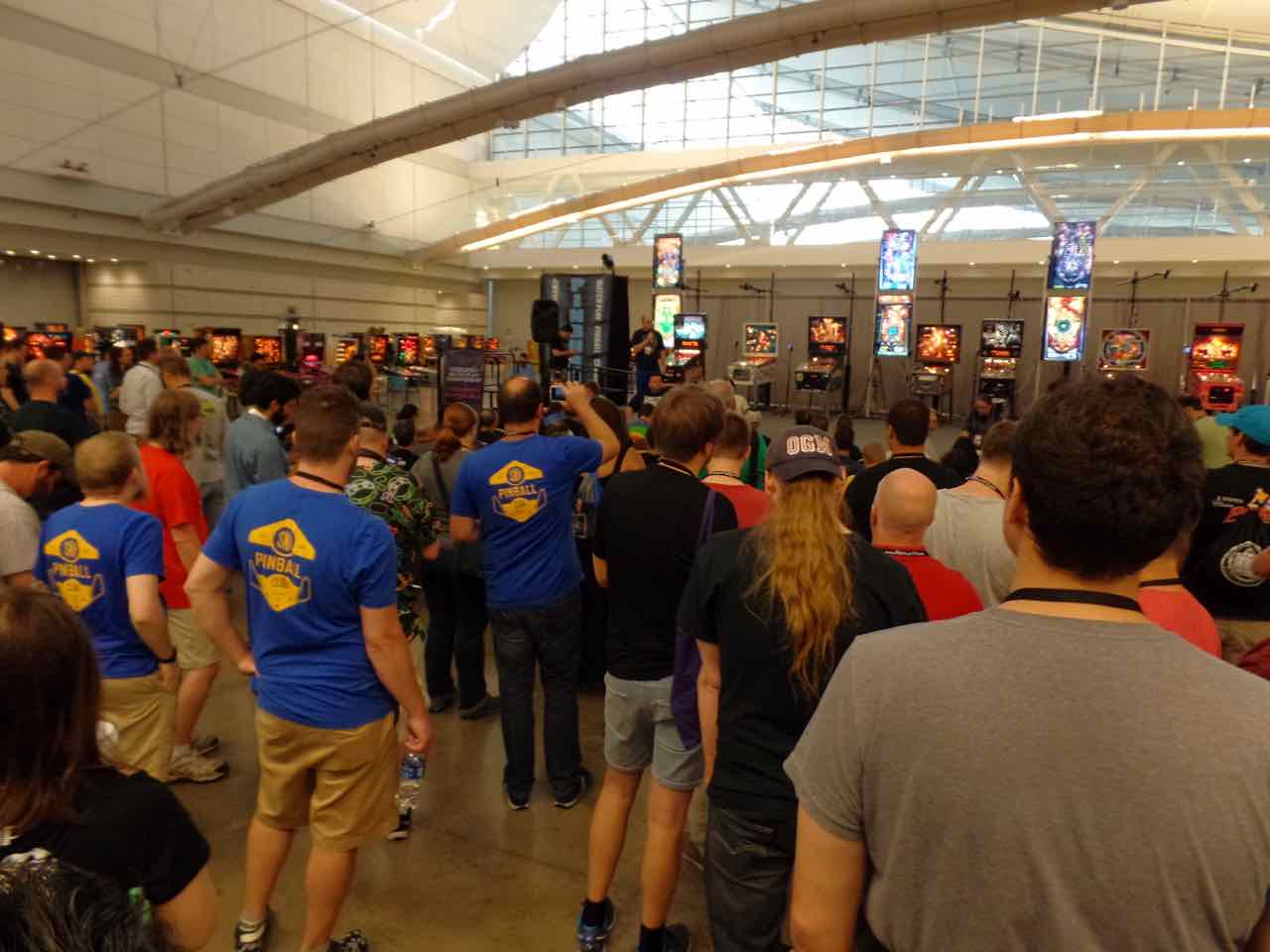 The start of Pinburgh 2016! Assembled competitive pinball players receive final instructions from the guy on stage. Bonus: if you hold the screen up to your ear, you can hear exactly the same instructions I heard from standing back here. Notice on stage that every three games there's two large TV screens stacked vertically; they're showing --- from cameras mounted above the playfields --- what's going on to the audience. Some people got assigned to banks on-stage; I didn't, but did play one in free time after the tournament. 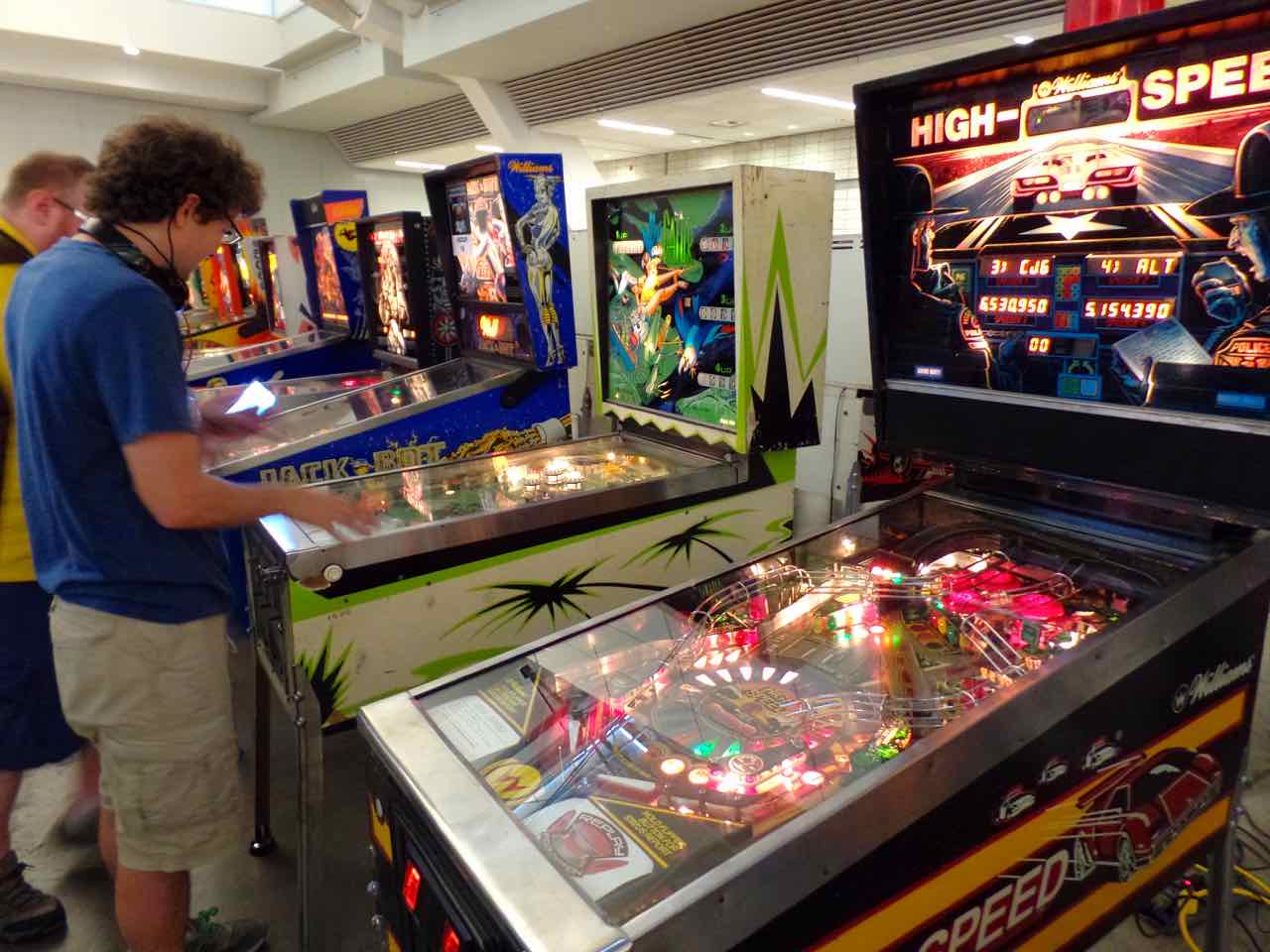 My first bank! Jack-Bot, Gator, High Speed, and (off-panel) Cheetah. The first game I knew very well, the last tolerably well, and the third I knew some. I did relatively well on Jack-Bot because everyone else tried to use this rules exploit trick to get extra shots in before the ball saver starts counting time; I just played the game like it's supposed to be. They came to grief trying to out-clever the game. 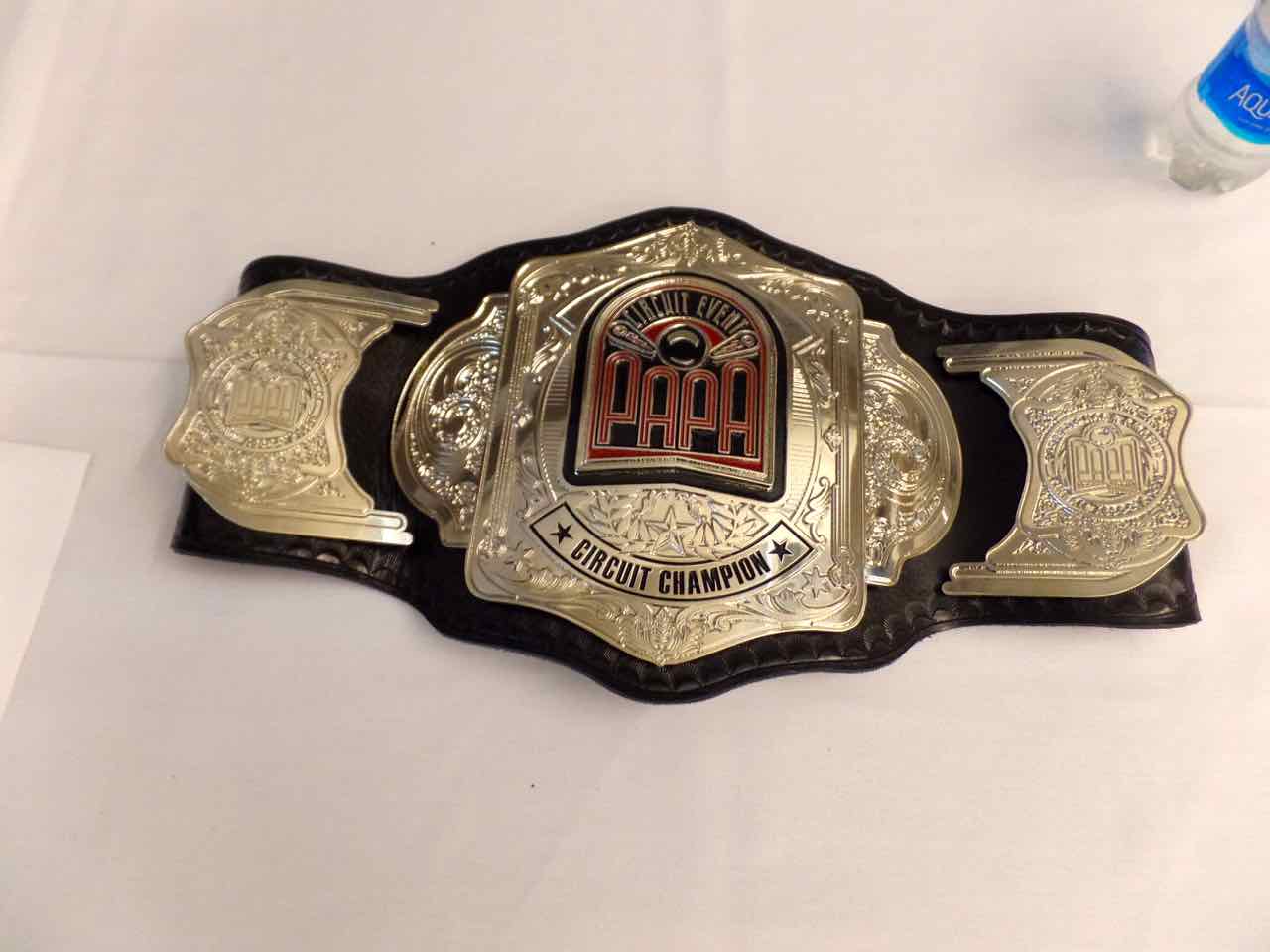 The actual pro-wrestling style belt awarded to the Pinburgh champion as the game was part of the Professional and Amateur Pinball Association circuit, a set of like two dozen events over the year. 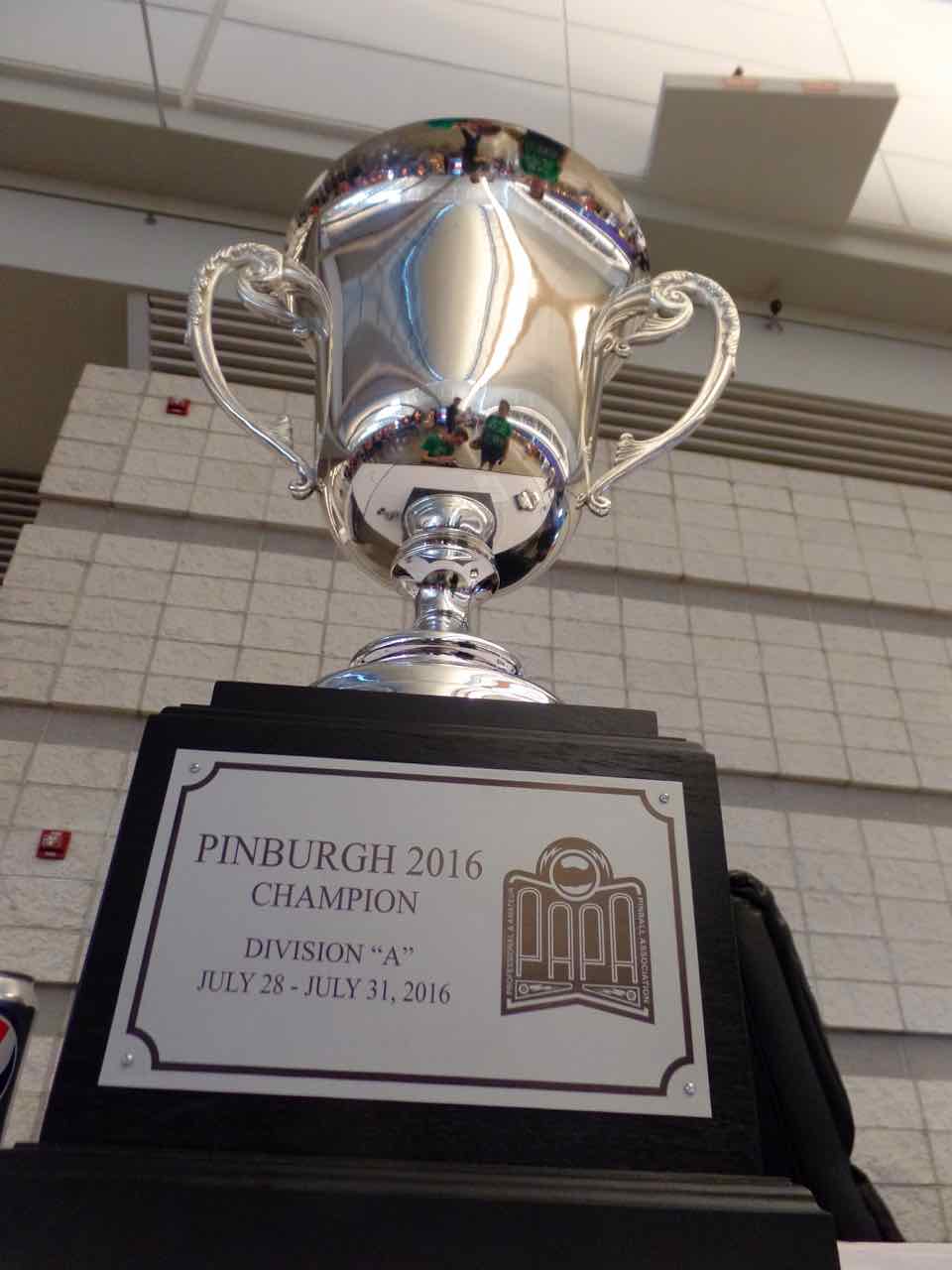 The closest I got to winning the Pinburgh Division A. 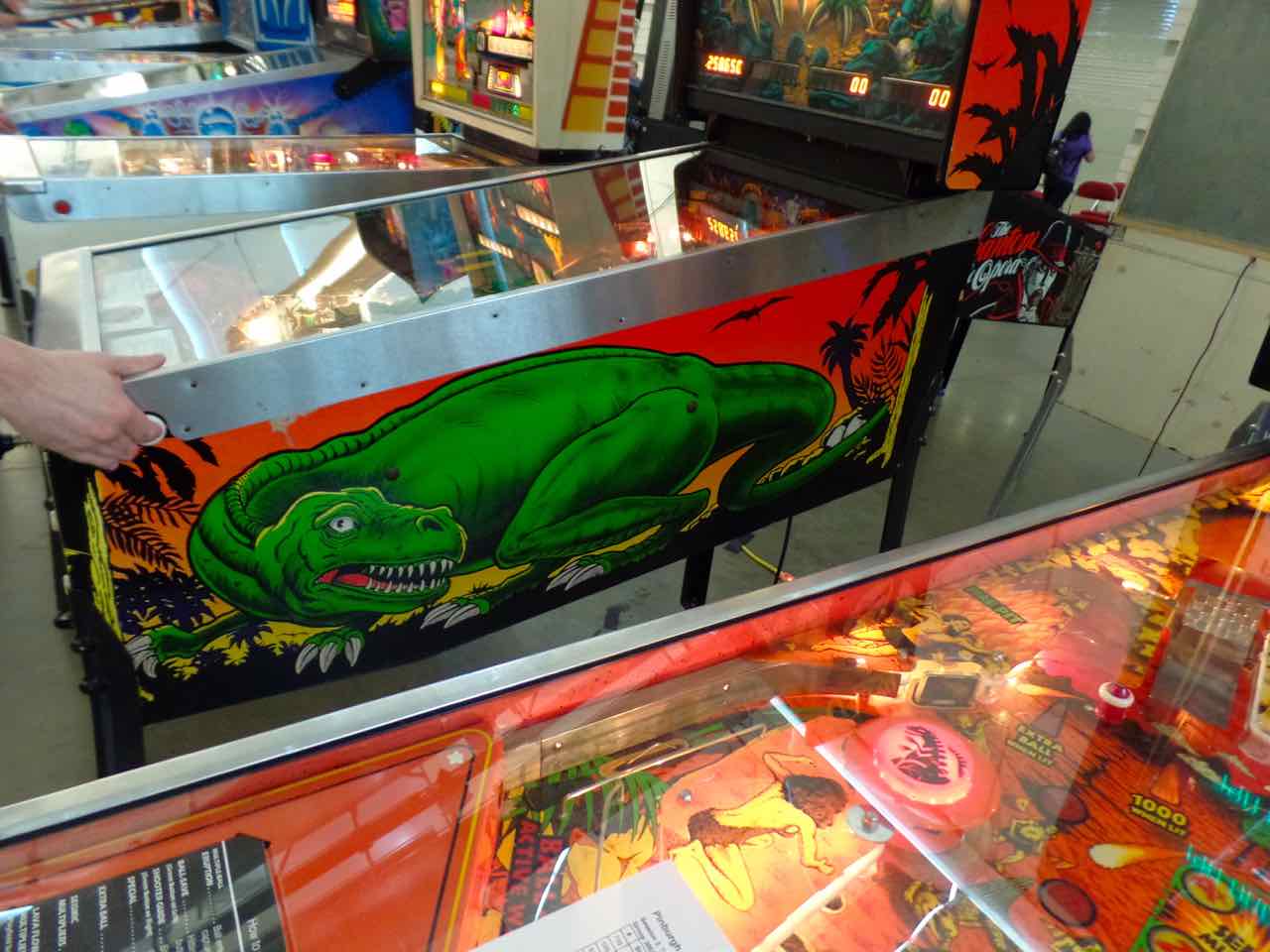 Strangely charming side box art for The Lost World, one of the games in a later bank. I love the sheepish look on the dinosaur. I have a weakness for timid monsters. In the foreground is Volcano, the first table on which I just bricked every ball. 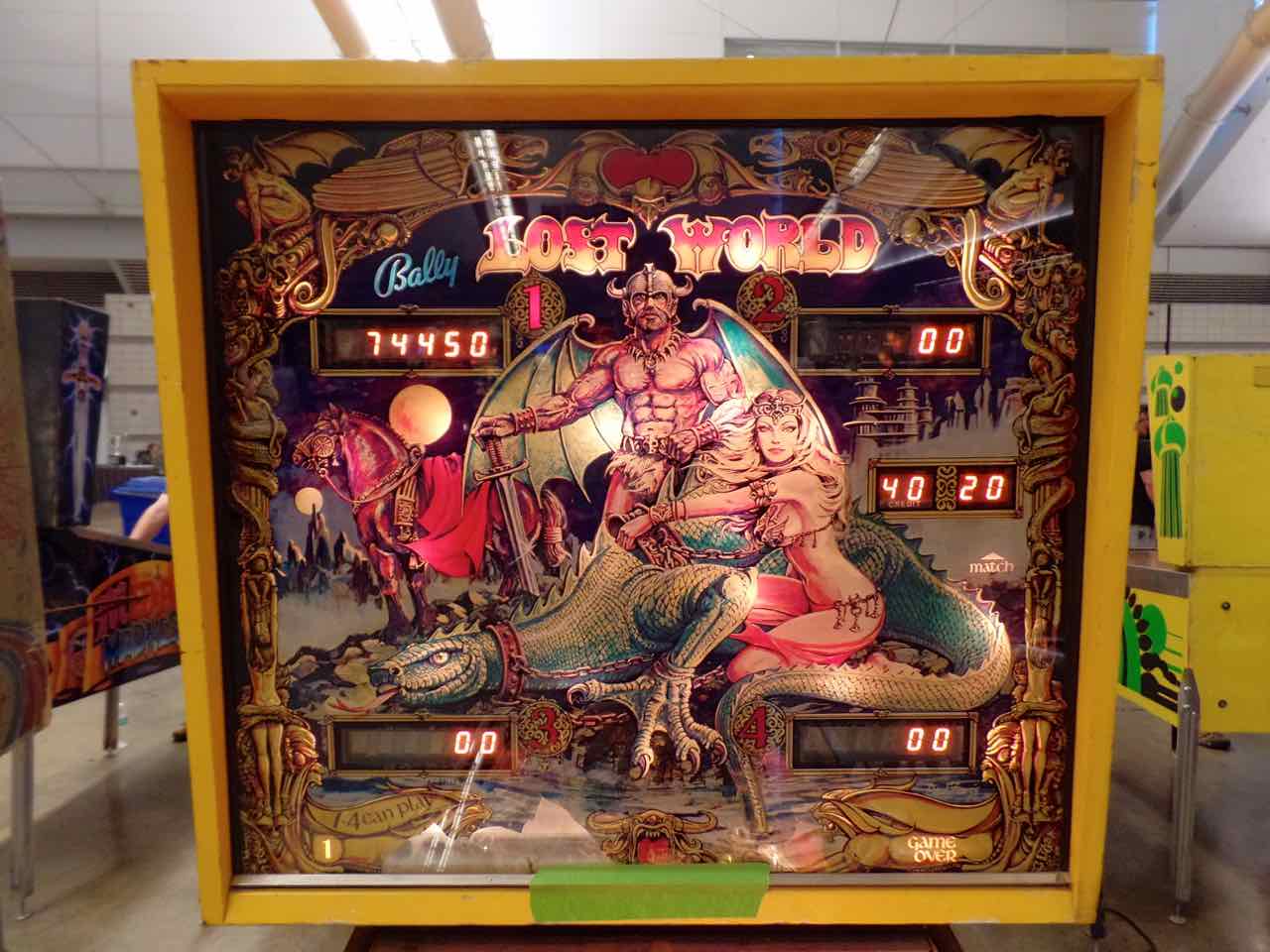 Backglass art for Lost World, which is just a perfect representation of that early-solid-state era in game design.