Go into that hospital

It was as close to a sleepwalking week on my mathematics blog as a week gets. Sorry. Should do better next week, if all goes well. Meanwhile here's what you missed:

Yeah, not much. Let's get back to the opening day of Pinburgh 2016. 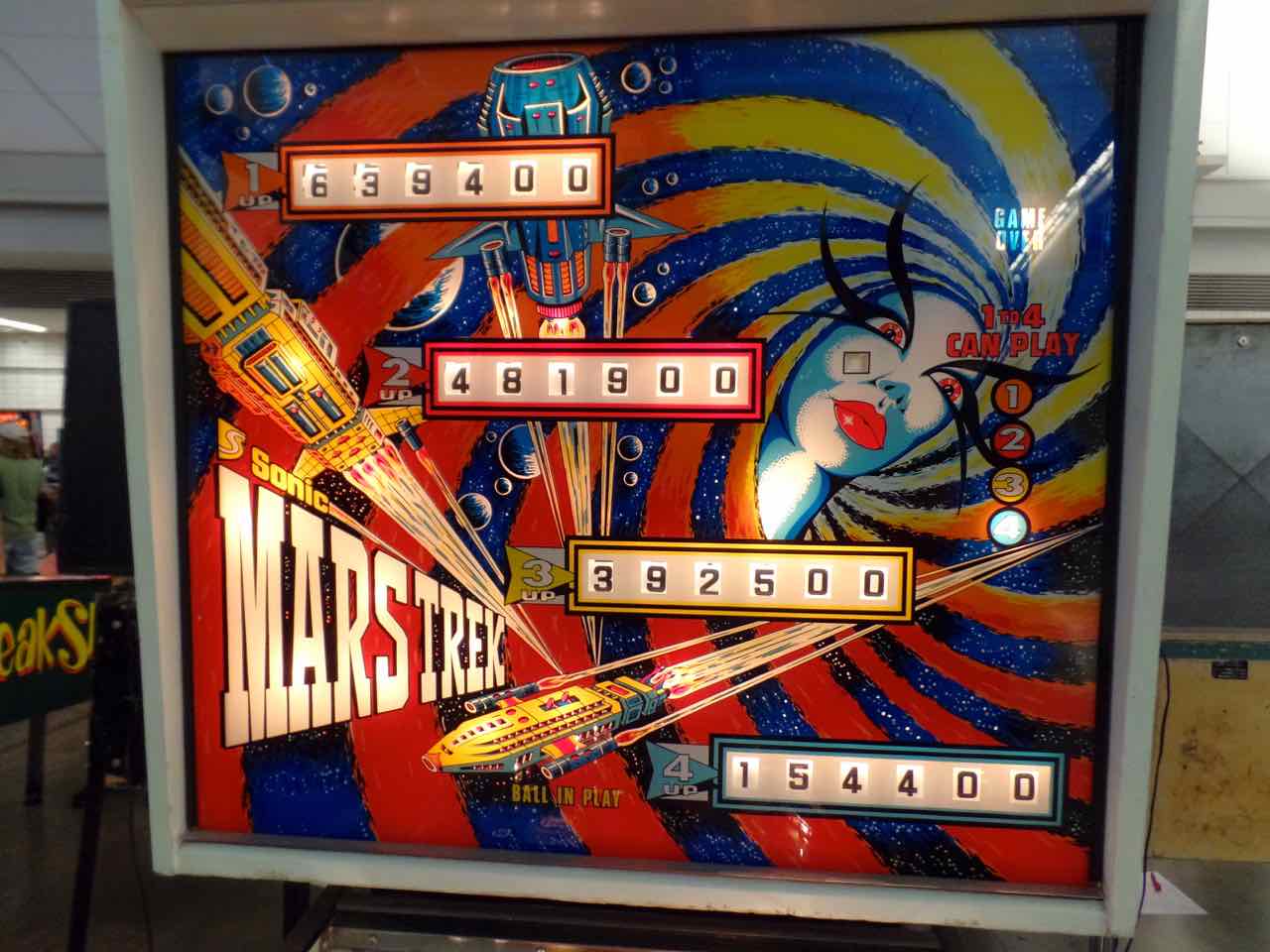 A rare excellent performance on my part (player one) on Mars Trek, which features somehow both the Battlestar Galactica and this weird hypnotic spiral-haired space woman. I unironically love the graphic style of this. My competitors applauded after the second ball, when I put up nearly all that score. It's the thing to do. 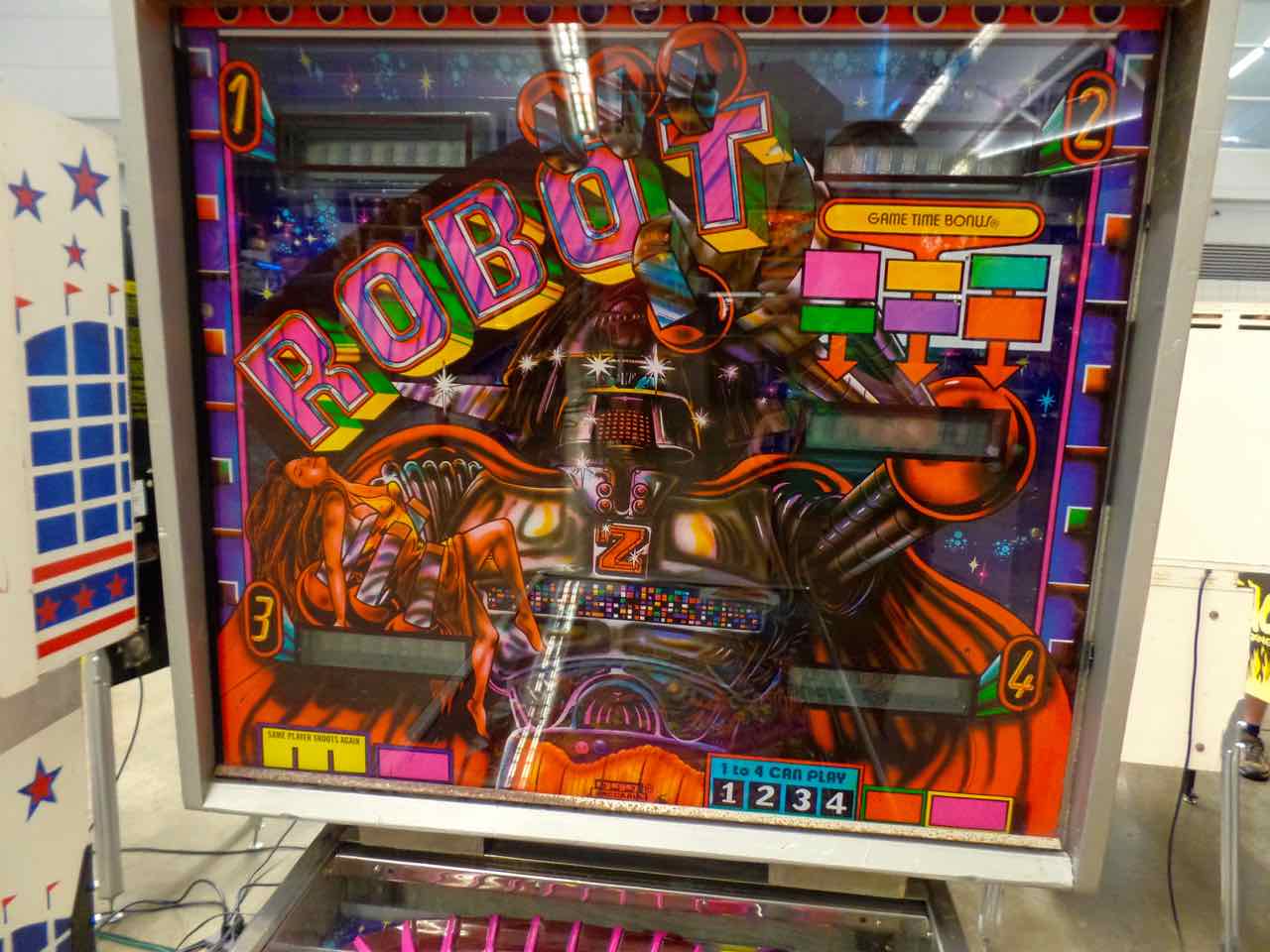 One of the Zaccaria tables, Robot, which I've played in simulation and in the VFW Pinball Museum. I didn't get assigned to the bank with this game in it, but don't you love it from the backglass? If you don't, consider your answer after knowing part of the playfield is a bright pink ramp labelled the Robot Bridge. 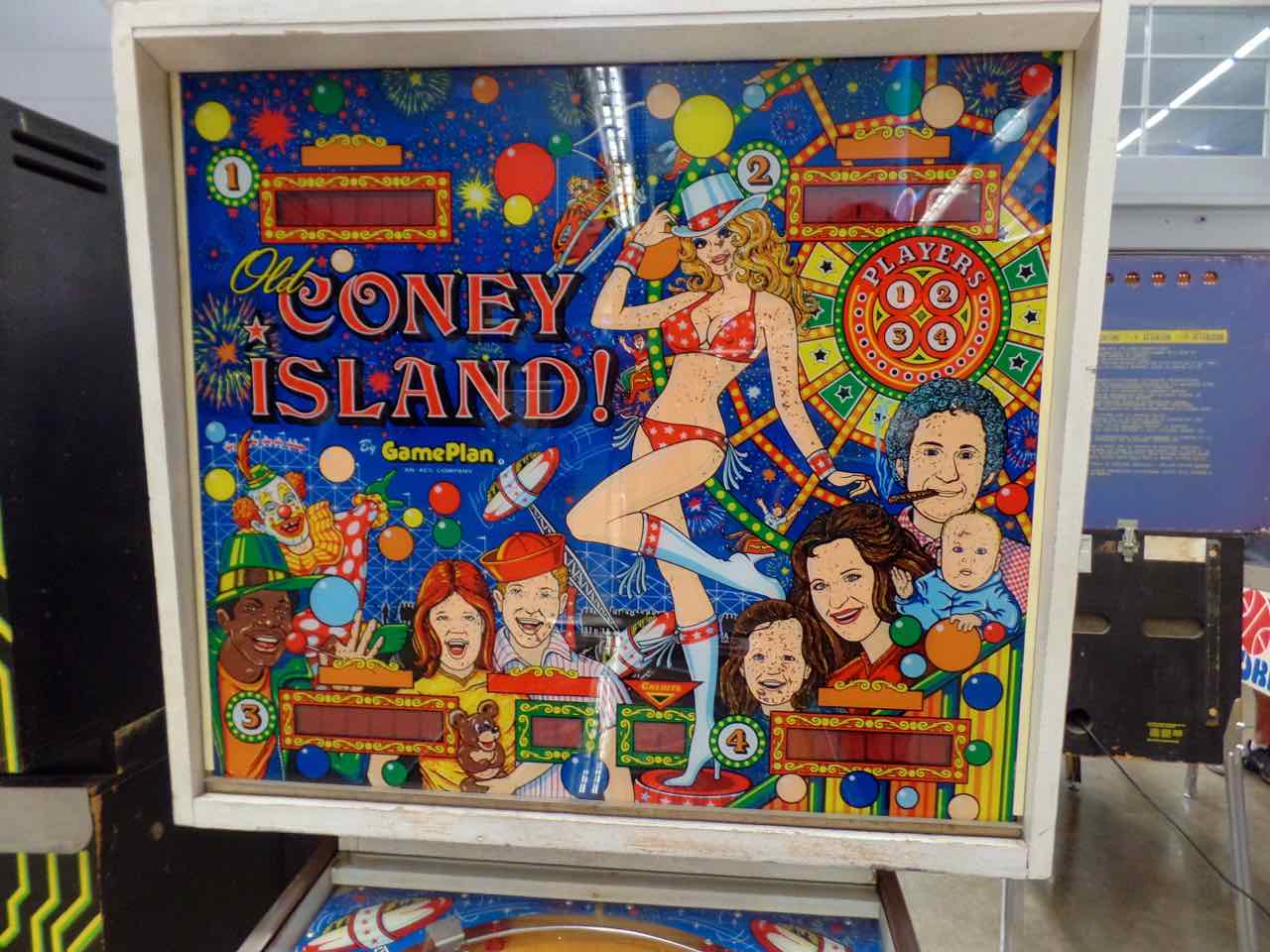 More backglass art, this one of a game that was (I think) in the Free Play Area and not turned on when I had the chance to see it. But I quite like the theme since who doesn't like references to Cincinnati-area amusement parks in their pinball? Also who doesn't like game titles that include exclamation points? 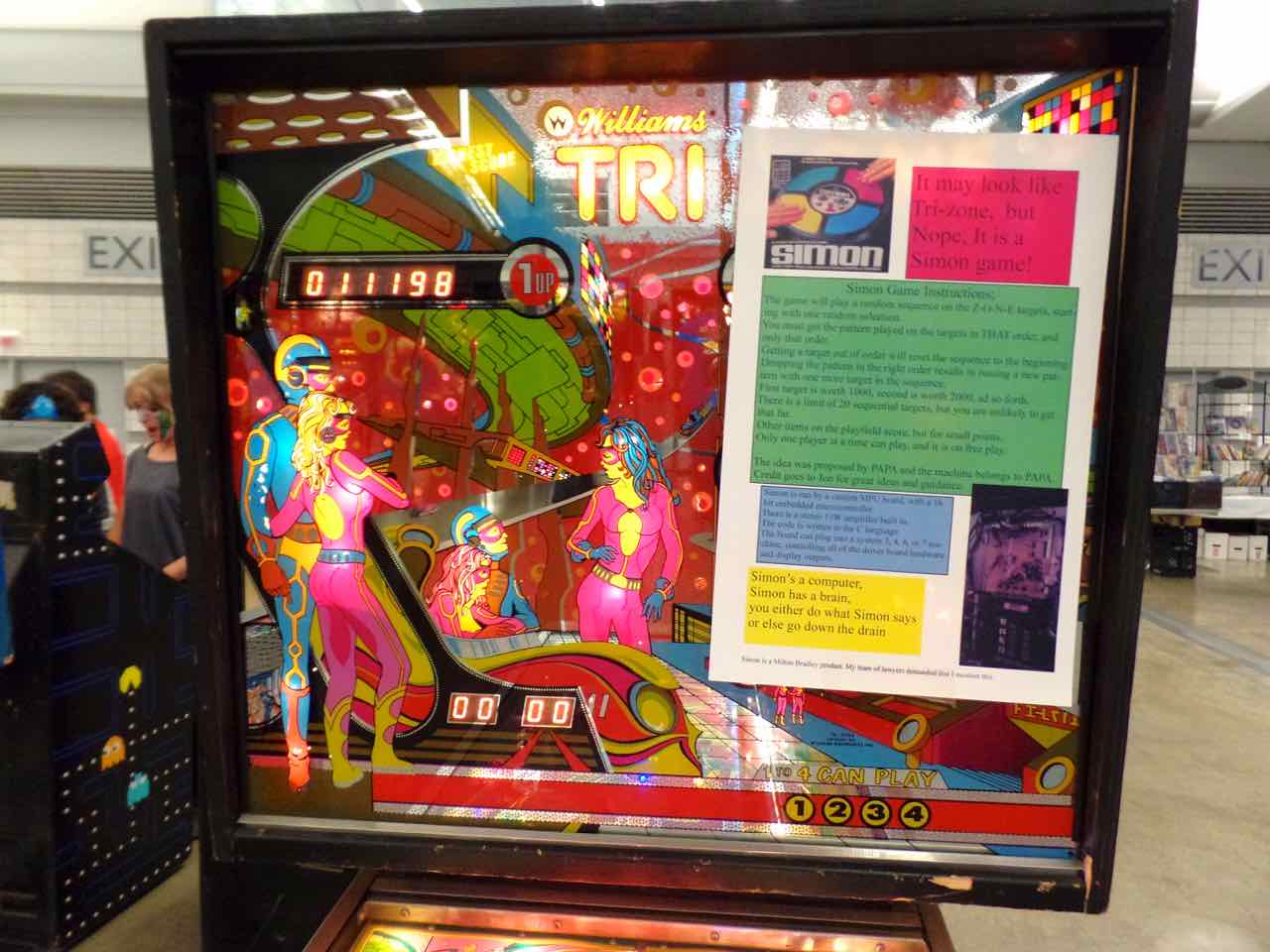 One of the modified pinball machines: Tri-Zone Simon. The game is physically identical to the game we have at home, although its backglass is in better shape. But it's been recoded to a Simon game. In front of each of the four drop targets is a light. This game blinks lights in a sequence of the drop targets, and your objective is to hit the targets in that order. Really good idea and quite challenging. 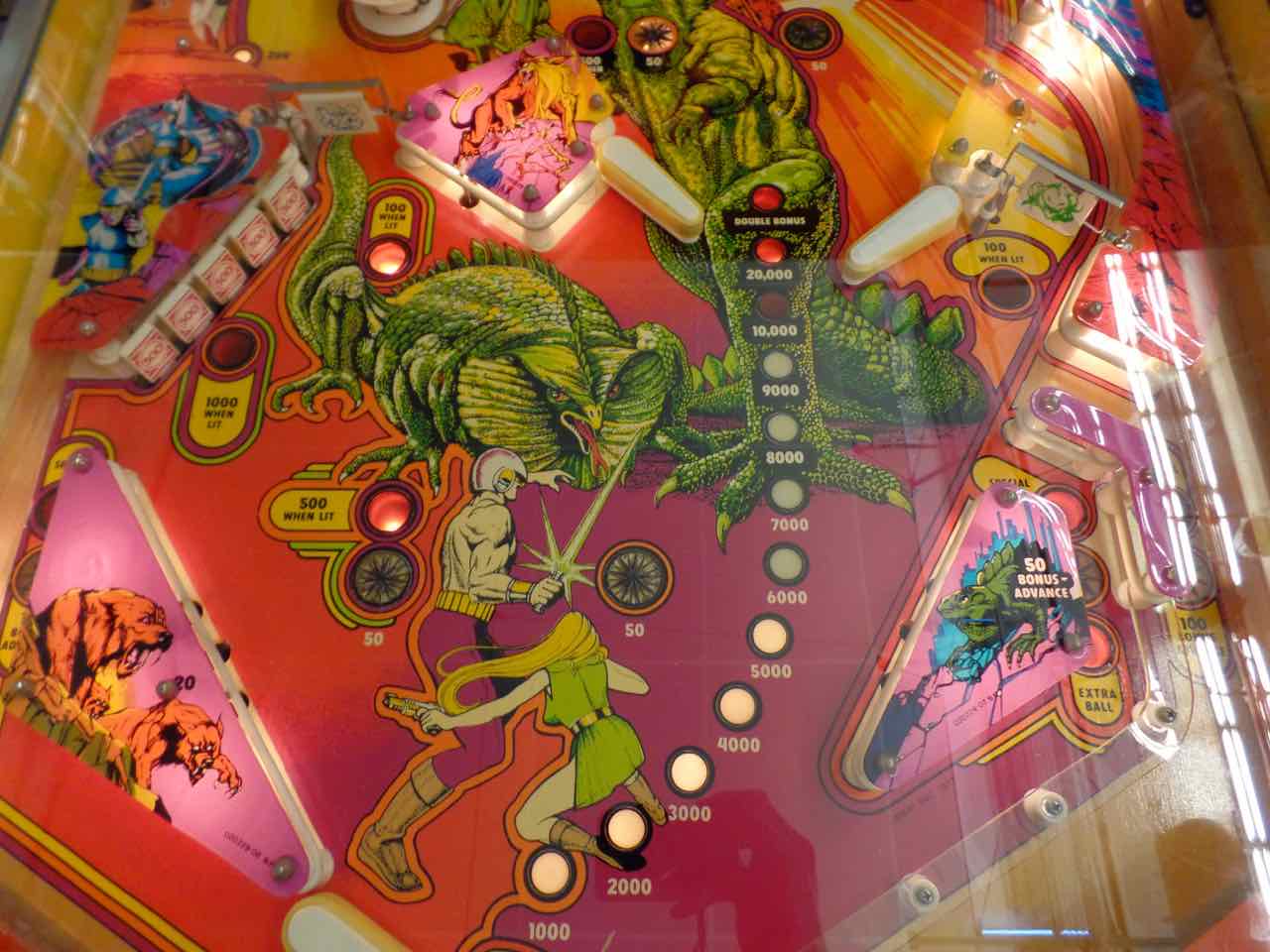 Lower playfield detail art on Middle Earth, which I don't think was in the playing bank. But who doesn't like rampaging giant reptiles and light sabres and stuff? It's got that fine old-style space-opera comic strip attitude to it. 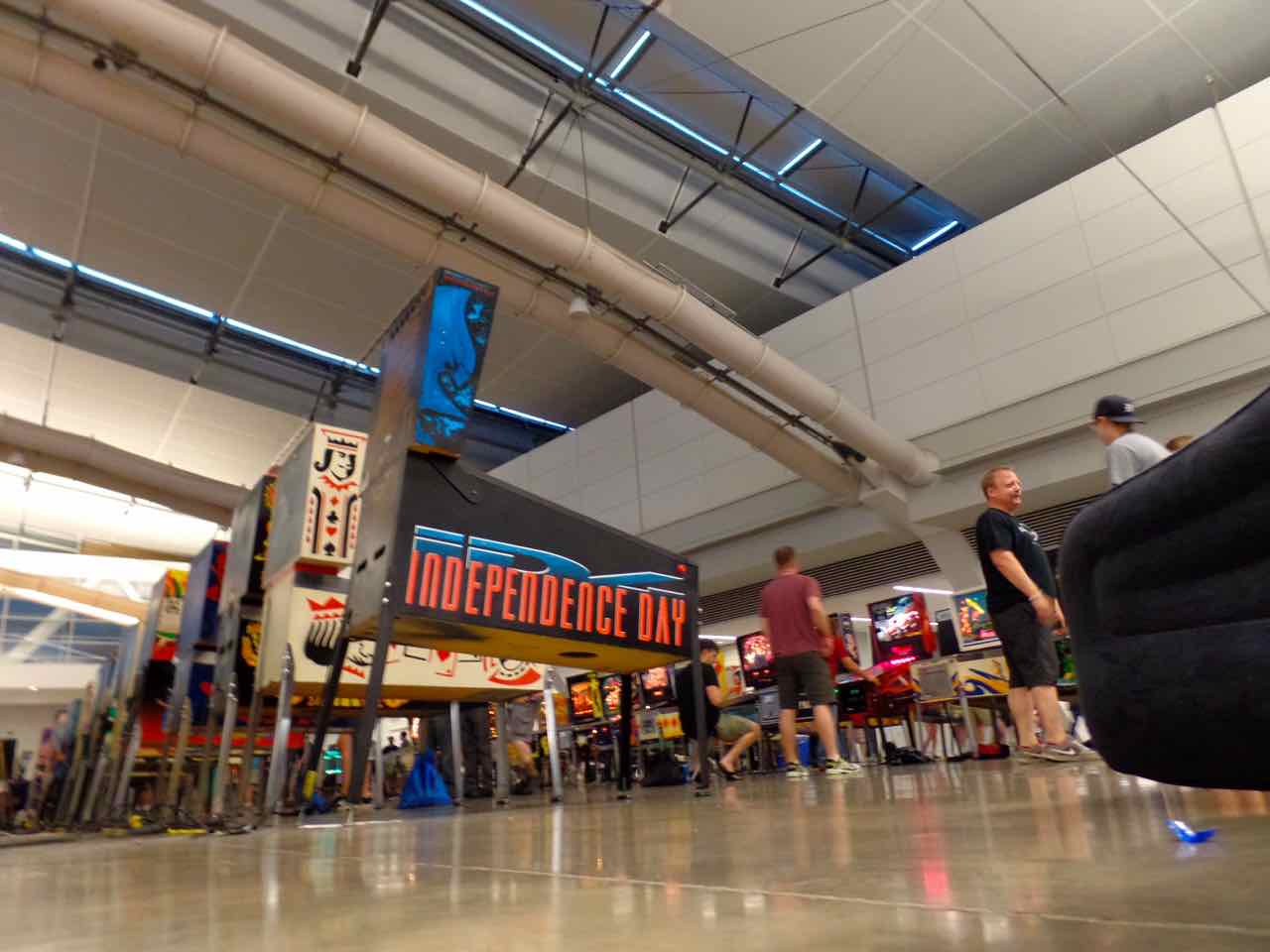 View of the competition area, from low down so you can see where the power switches and where the games have been scarred by frustrated players setting Independence Day on fire.

Trivia: In the early 1690s King Louis XIV ordered the solid silver furniture (about 27 tons) and gold plate settings of Versailles melted down to pay for the ongoing wars. Source: The Essence of Style: How the French Invented High Fashion, Fine Food, Chic Cafés, Style, Sophistication, and Glamour, Joan DeJean.