And bring nurses and patients

While I've been slacking on my mathematics journal, my humor blog's been going on daily still, encouraged by stuff that turns out to be easier to write than expected. Didn't see it on your RSS feed? See it now:

And now back to the first day of Pinburgh, which would see me sorted into the C Division and

bunny_hugger lofted to the heights of B. 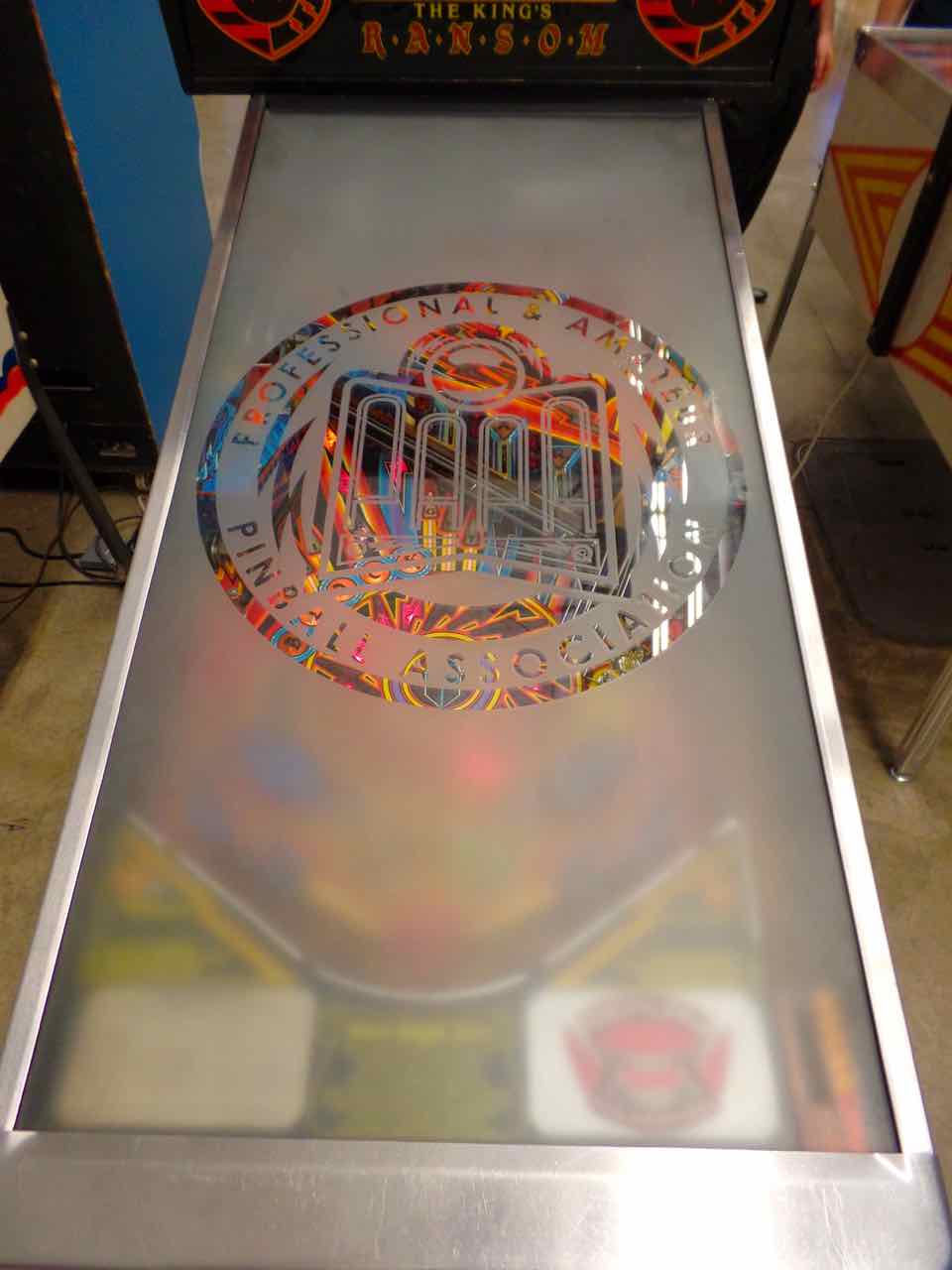 One of the other custom-modded playfields: Black Knight 2000 with frosted glass that allow only slight unobstructed views of the game. This makes the game rather more difficult, certainly, but isn't that part of the fun? 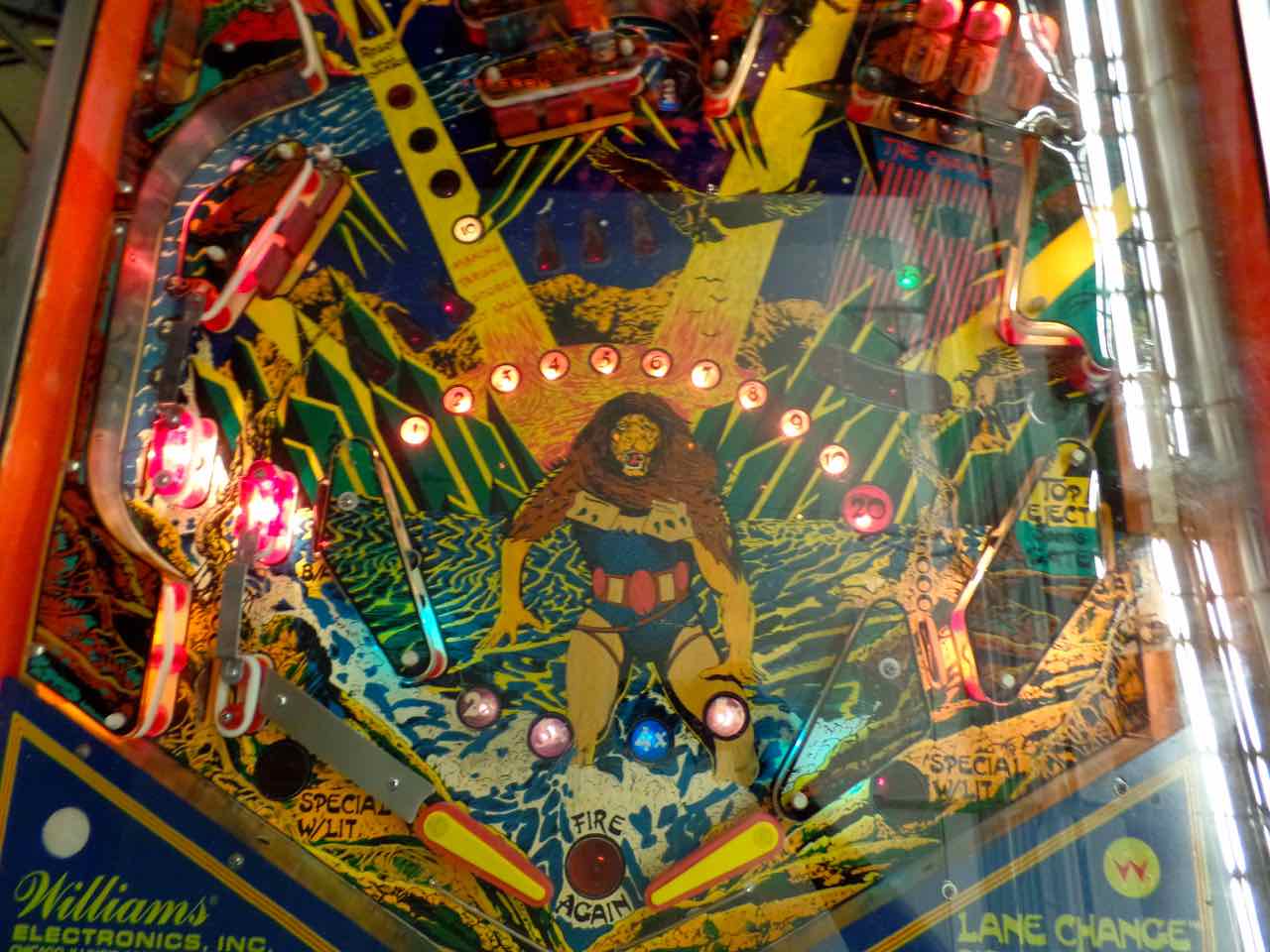 Lower playfield detail art on Aftor, one of the early solid-state games used to make everyone regret they ever started playing pinball. It was a bit of a rough field. But who doesn't like rampaging lion-men and stuff? 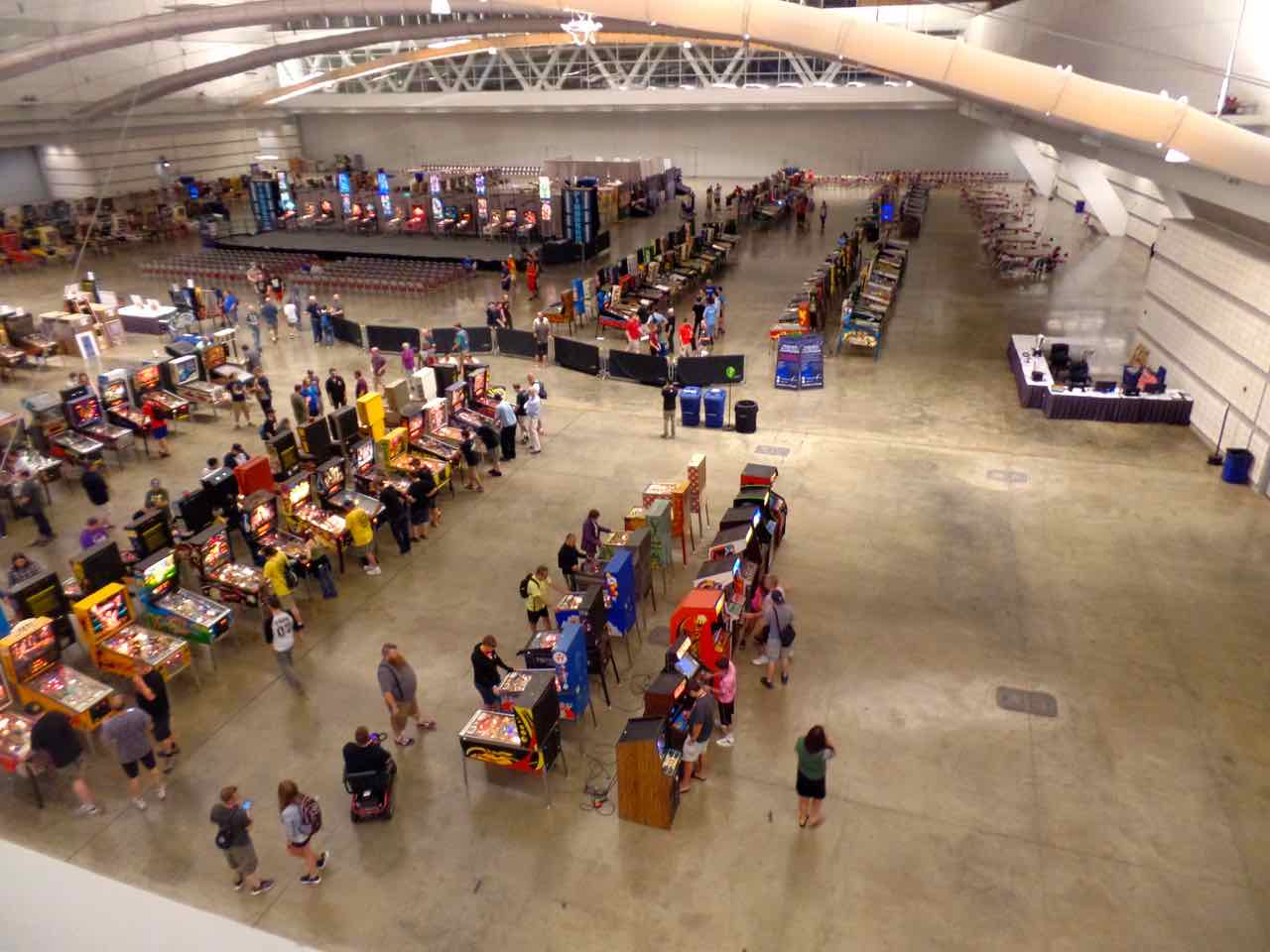 View of the pinball area. In the near field are the free-play games that anyone could play anytime. Past the little dividers was the competitive play area, where only those in a match were supposed to touch anything. To the right is the judge's desk where we turned in cards and where the trophy belt and cup sat. 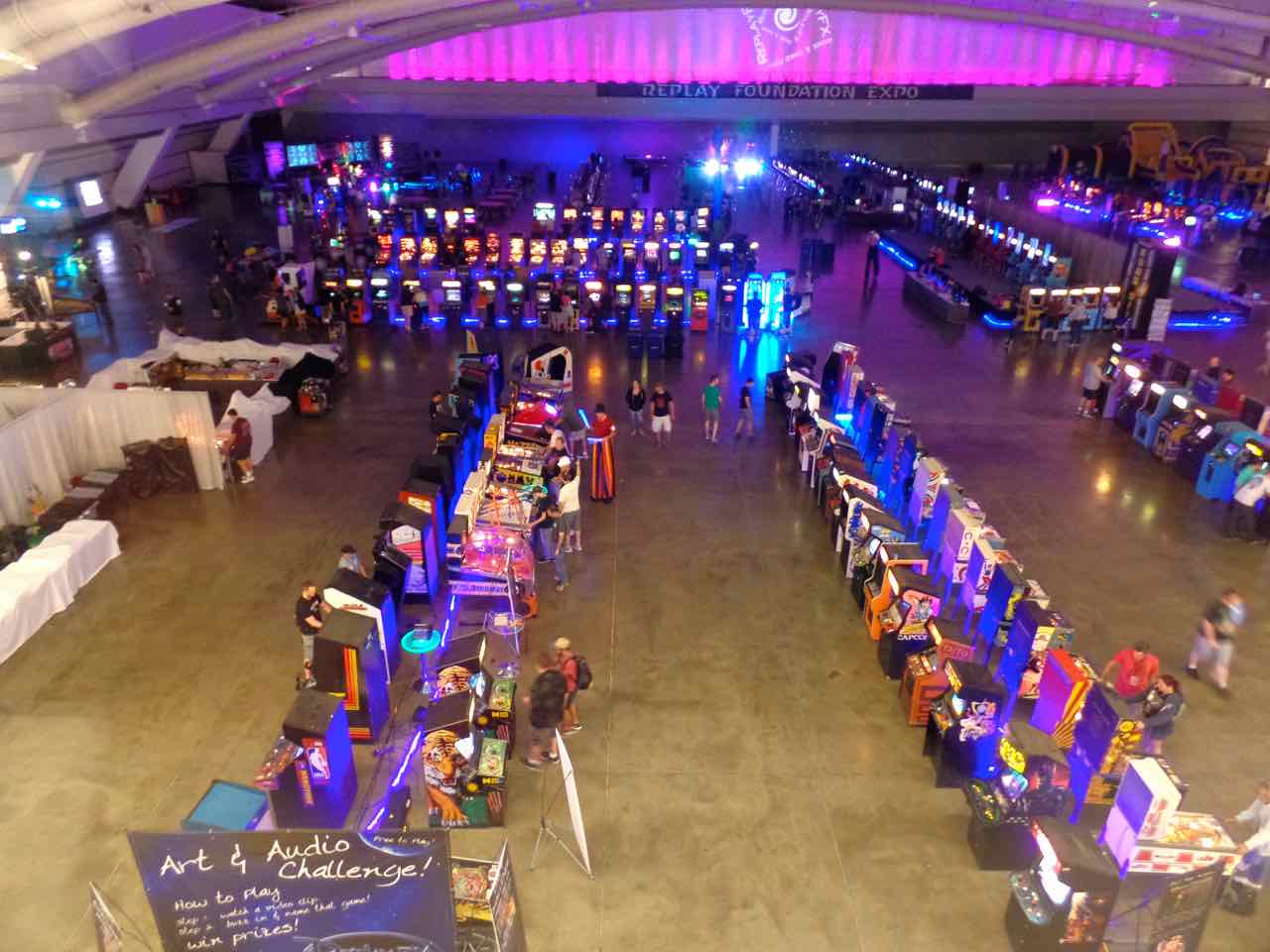 The other half of the convention area: video games and lots of them. Way off in the corner on the left is a stage where some bands and other stuff would play. Off in the far right corner some Anthrocon attendees who only now got free from the Westin elevator traps. There's another stage in the upper right for video game stuff. 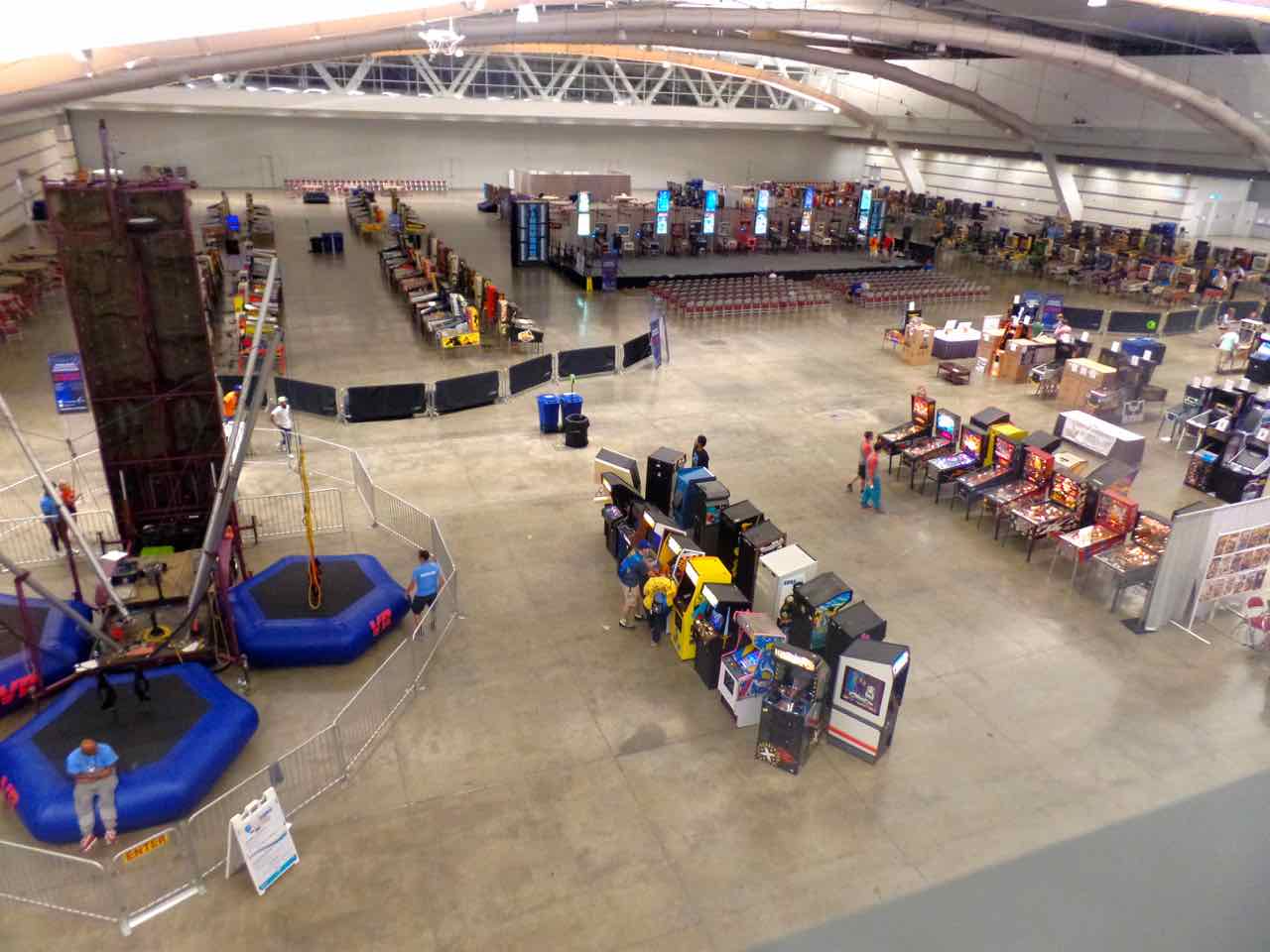 Opposite view of the main field, showing the pinball area and one of the upcharge attractions, that bungee-assisted trampoline thing. 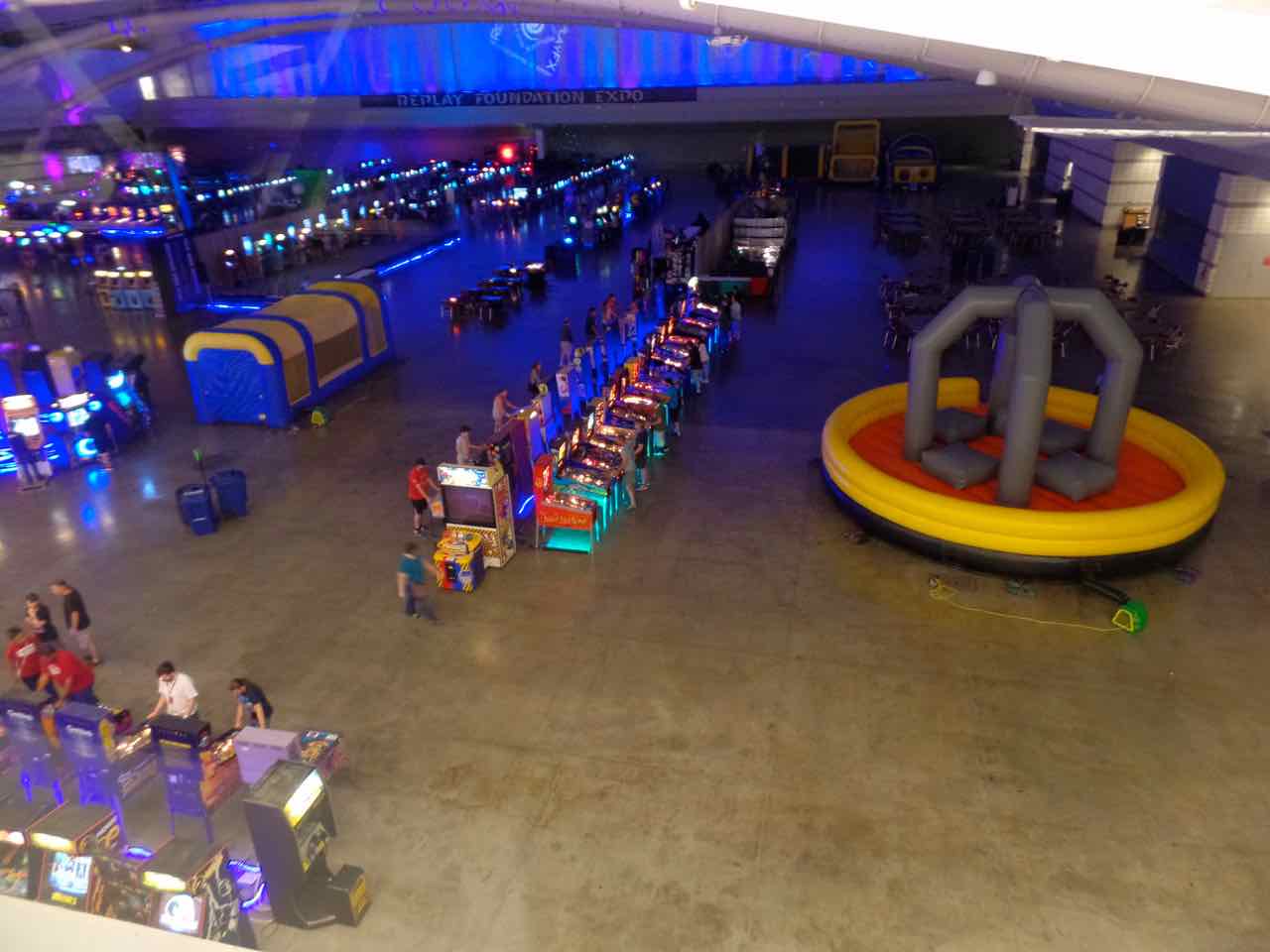 Opposite view of the video game field, showing more of the games and to the right some other kind of upcharge attraction where people went in and ... I don't know. Something or other. Also way off on the right there was a food counter with, like, vegetarian burgers, something we didn't discover until the last day.

Trivia: In her first appearance on her husband's radio show (then the Linit Bath Club Revue) Portland Hoffa portrays a woman trying to get back to Schenectady. When Fred Allen gives up trying to spell the city's name he concludes, ``I'll get you a one-way ticket to Troy and you can hitchhike the rest of the way from there.'' Source: Fred Allen: His Life And Wit, Robert Taylor. I'm guessing this joke really wowed the radio audience in Nacogdoches, Texas.