Everybody go home and fetch their relations

Another sleepwalking-style week on my mathematics blog, although there I blame all the hassles of work eating up what would have been perfectly good writing time. Still, if you'd like to know what you missed since last week? I don't blame you. Here:

I took surprisingly (to me) few pictures of Pinburgh Friday. I guess I got too wrapped up in playing, working myself into the middling sections of C Division. But, eh, here's what I have. 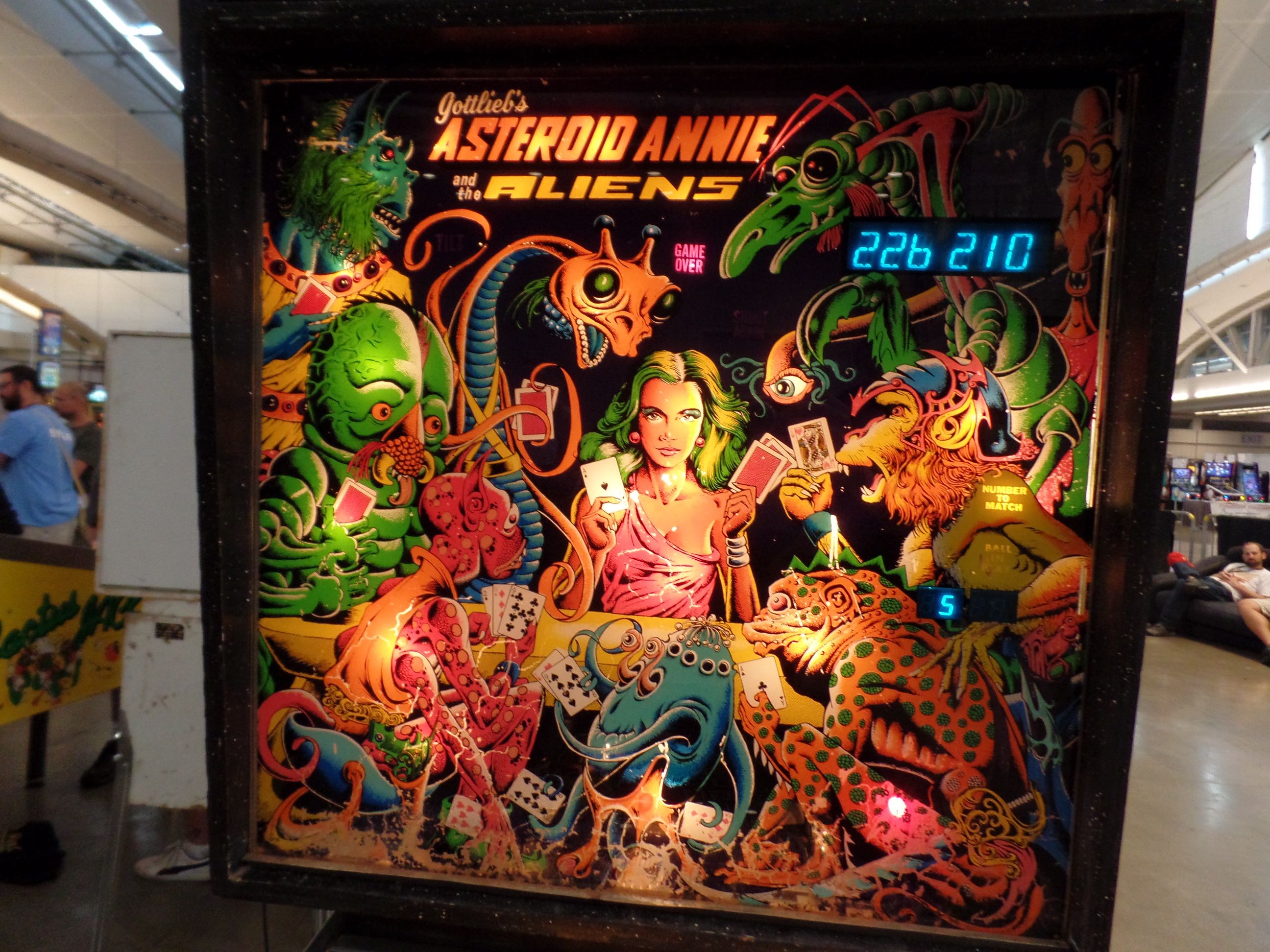 My first game of the second day: Asteroid Annie and the Aliens, an early solid state game from 1980 that I'd played some long before at the Silverball Museum. It's got the traditional card-game theme, but mixed with aliens. And it's a one-player game, an oddity for the era. I came in fourth of my four-player group. 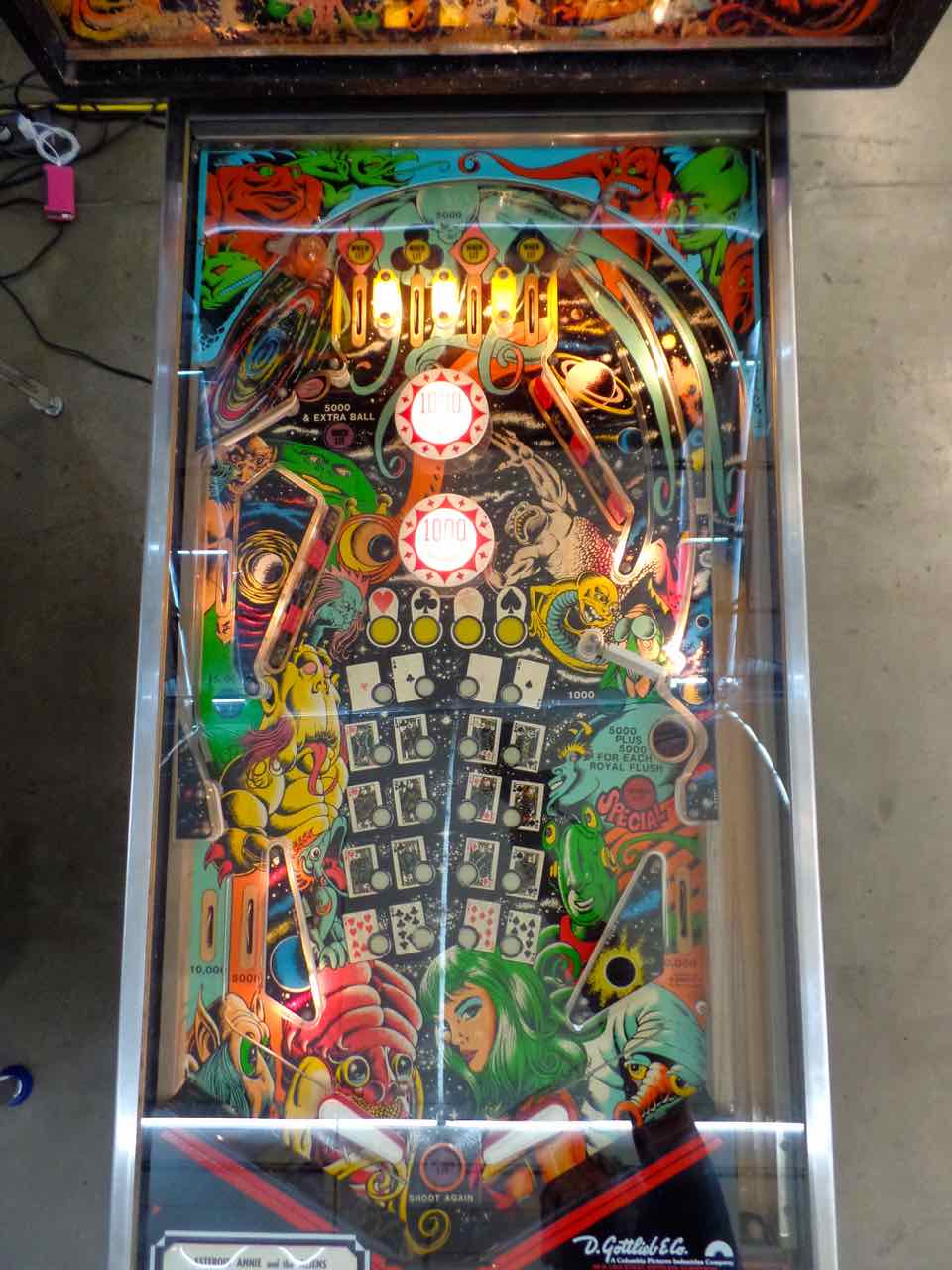 Do you spot the important thing I'd forgotten? It's the ``suicide inlane'' on the lower right of the playfield. If you try to catch the ball on the right flipper it'll roll up the metal wire and then fall through the gap there. That's how my first ball ended. The left inlane is the more normal kind, with a wire guide shaped kind of like a very wide L, so that catching the ball on the left flipper has a harder time draining. 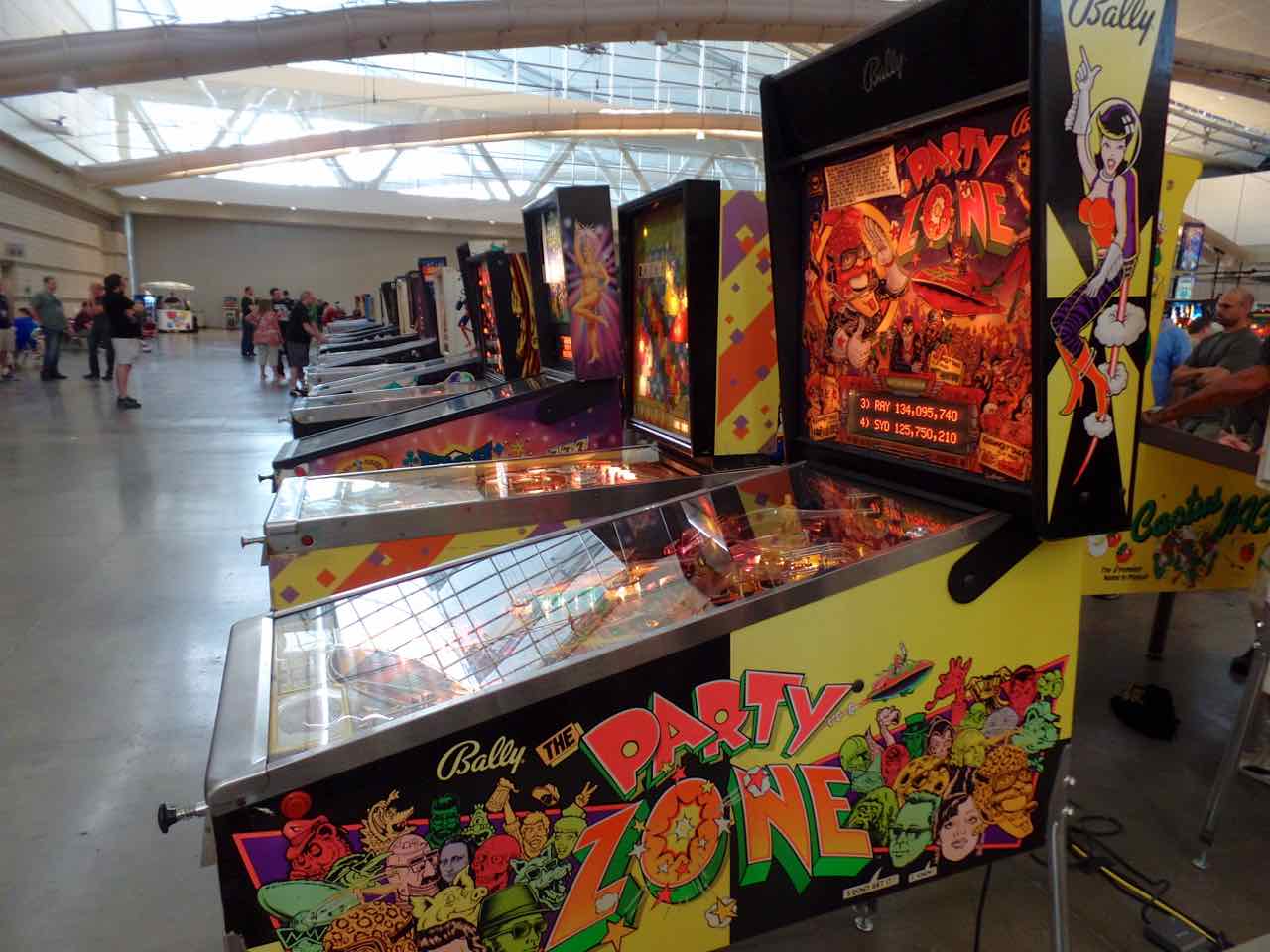 The long view: that first bank was at the end of one of the columns. Many of the Pinburgh games were organized by themes. Note in The Party Zone and the third game, High Roller Casino, the backboxes both feature ``woman pointing upwards with a sharply angled leg'' theme. 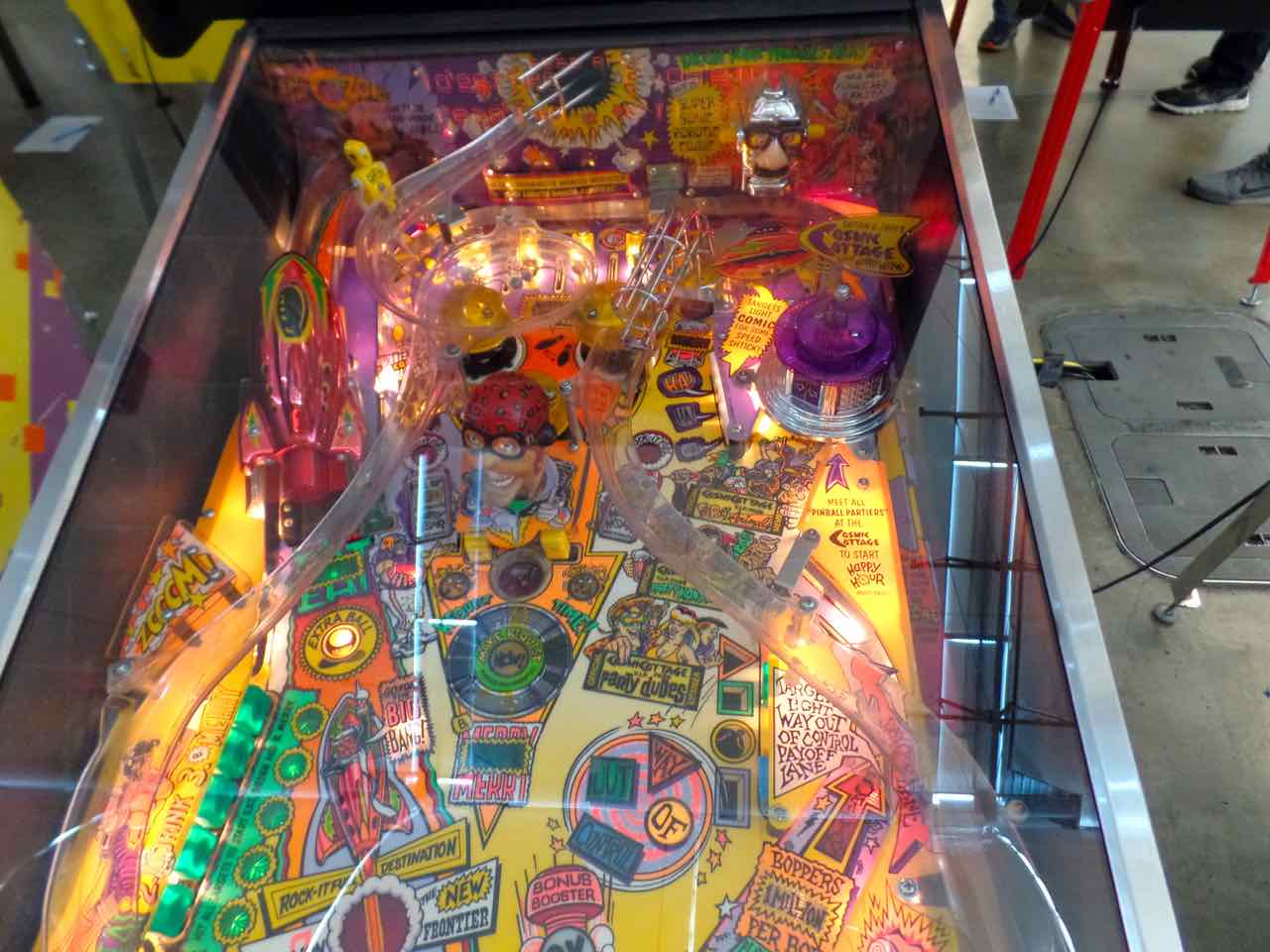 The Party Zone is where I started to get that set back together, as the center shot allows one to ``Make Request'' of the game's disc jockey. I picked ``Pinball Wizard'', you see. 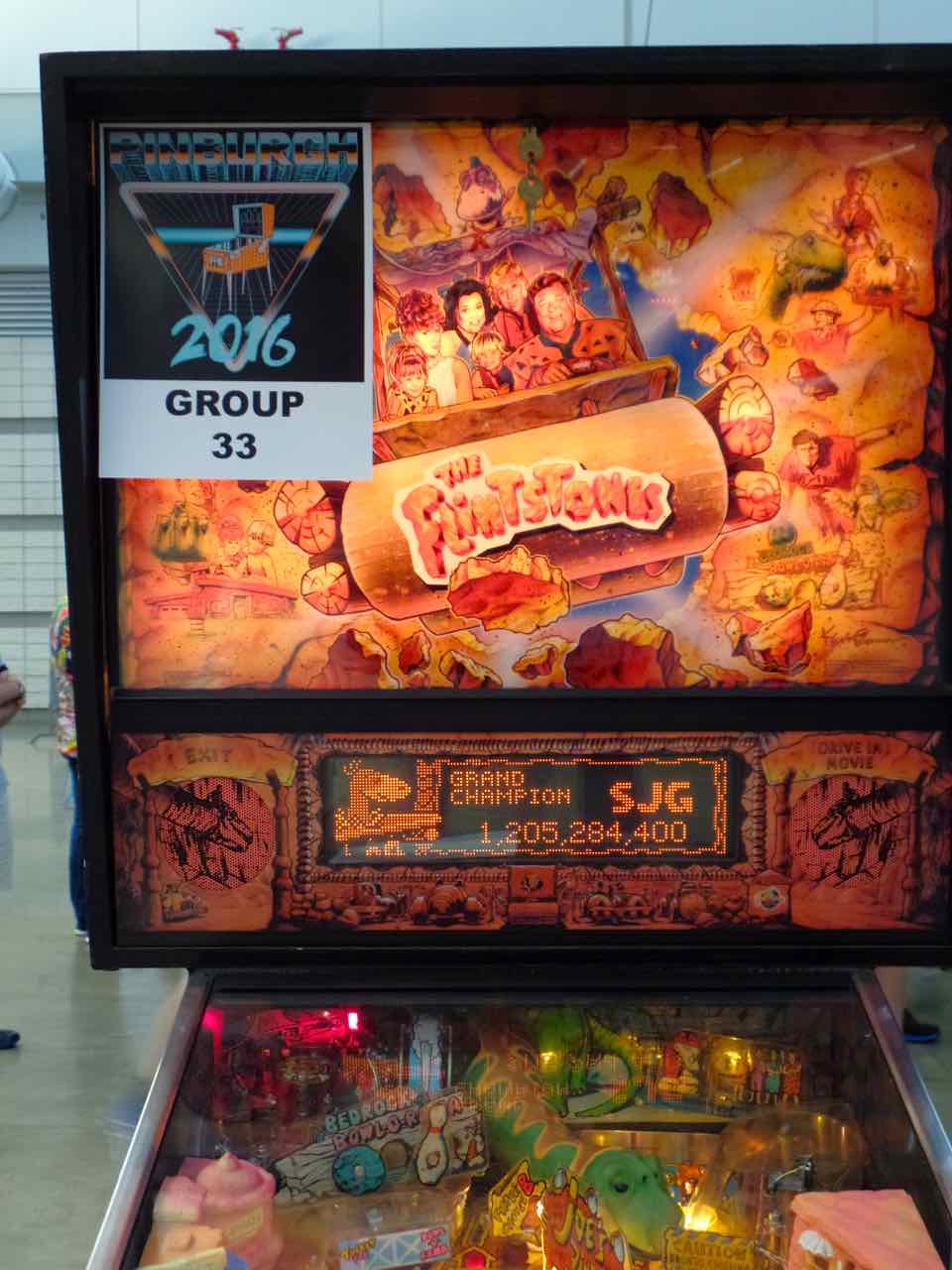 Old friends! Not the game, although it did give me a rare win, but the initials here. SJG was someone I very slightly knew as an undergraduate; he was the dominating pinball player at the Rutgers student centers. And he's obviously still around; he won New York State's championship in February. And was obviously doing stuff at Pinburgh. 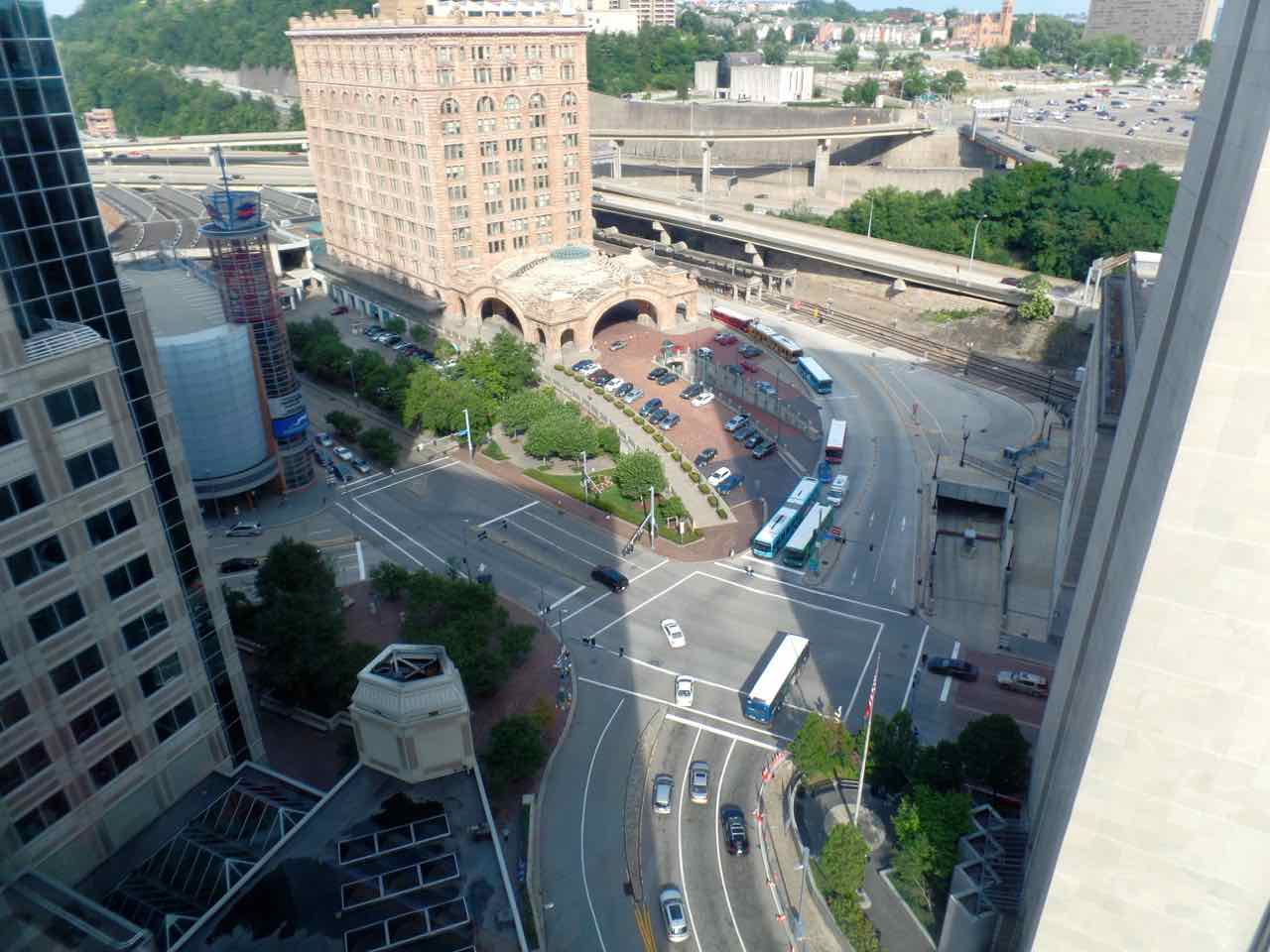 View from the window. During a break we popped over to MWS's room, and saw his roommate, and also saw what I imagine to be the railroad station out the window. Really quite lovely and I don't suppose I can do it justice, but I tried.

Trivia: Army terminology for the launch schedule of Explorer 1 in 1958 put events, such the start of the spinning of the uppermost stages, at ``X minus 12 (seconds)'', rather than ``T minus 12''. Source: Project Vanguard: The NASA History, Constance McLaughlin Green, Milton Lomask. NASA SP-4202.