Come to this house

The LiveJournal feed of my humor blog, as far as I know, is still functioning. The WordPress RSS feed certainly is. I think. Nobody's told me otherwise. Here's what I've posted there the past week:

Now back to Pinburgh Friday, the day I took surprisingly few photographs: 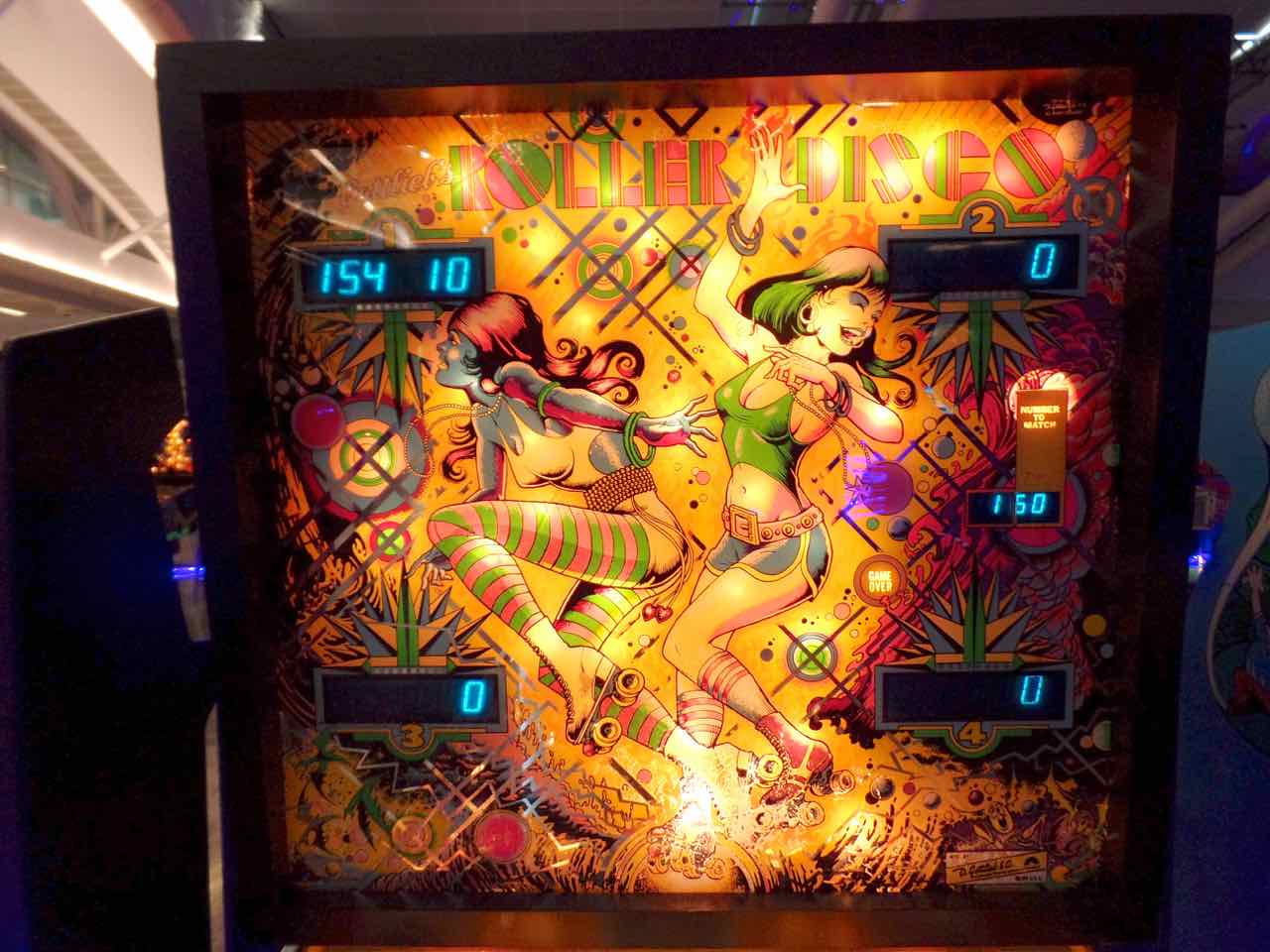 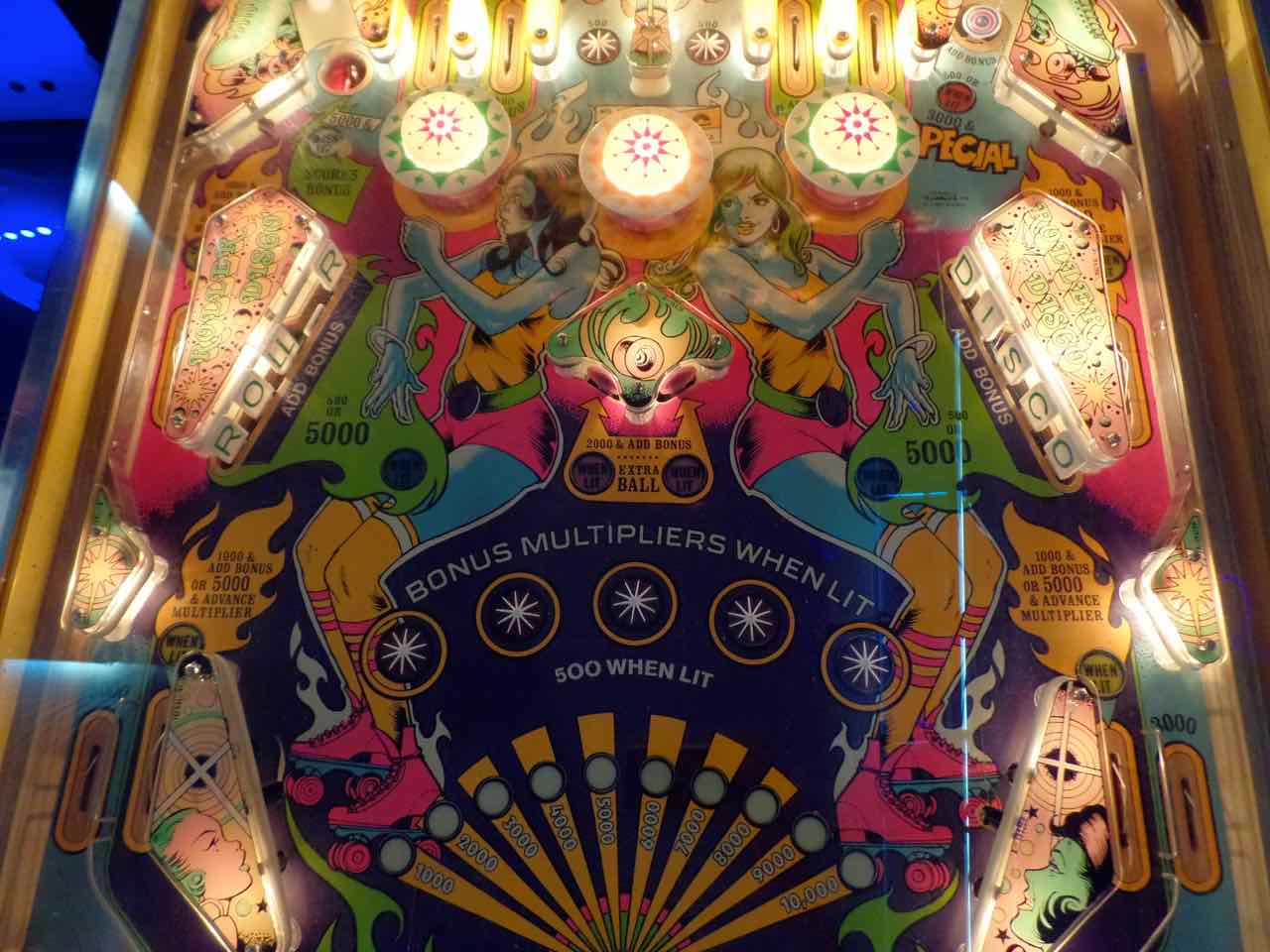 Playfield art for the 1980 game Roller Disco, celebrating that happy time when white people and blue people could put on roller skates and disco together. And for all that, I sincerely love the art here, and the simply fun scene pictured. 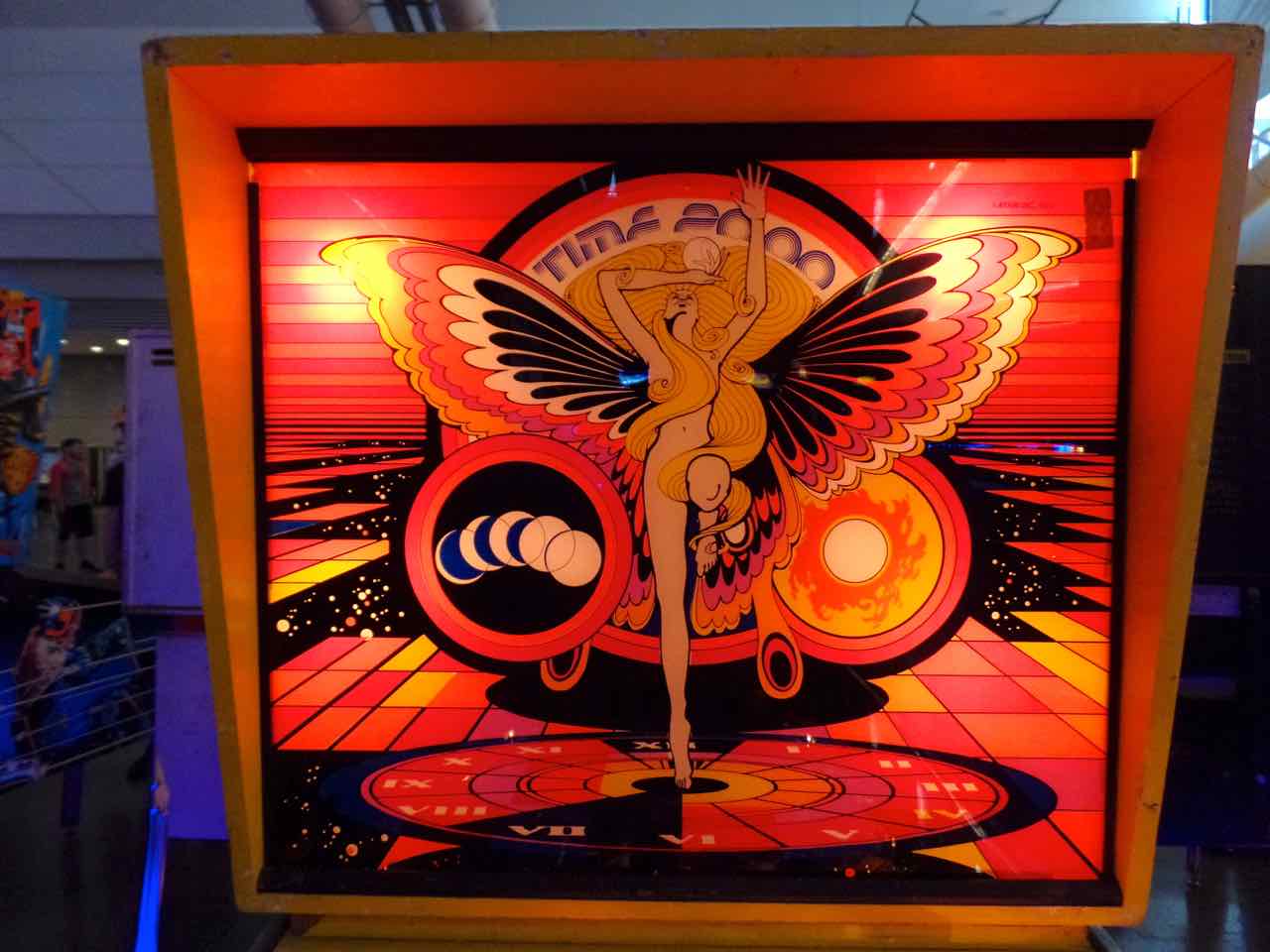 A game that I don't think was in competition, although maybe I just missed it. 1977's Time 2000, a game made by Atari, somehow. Atari made a couple of pinball games and none of them are quite normal somehow. But if this were the cover of a yellow-spine DAW paperback wouldn't you read it? Of course, if you know what a yellow-spine DAW paperback is. 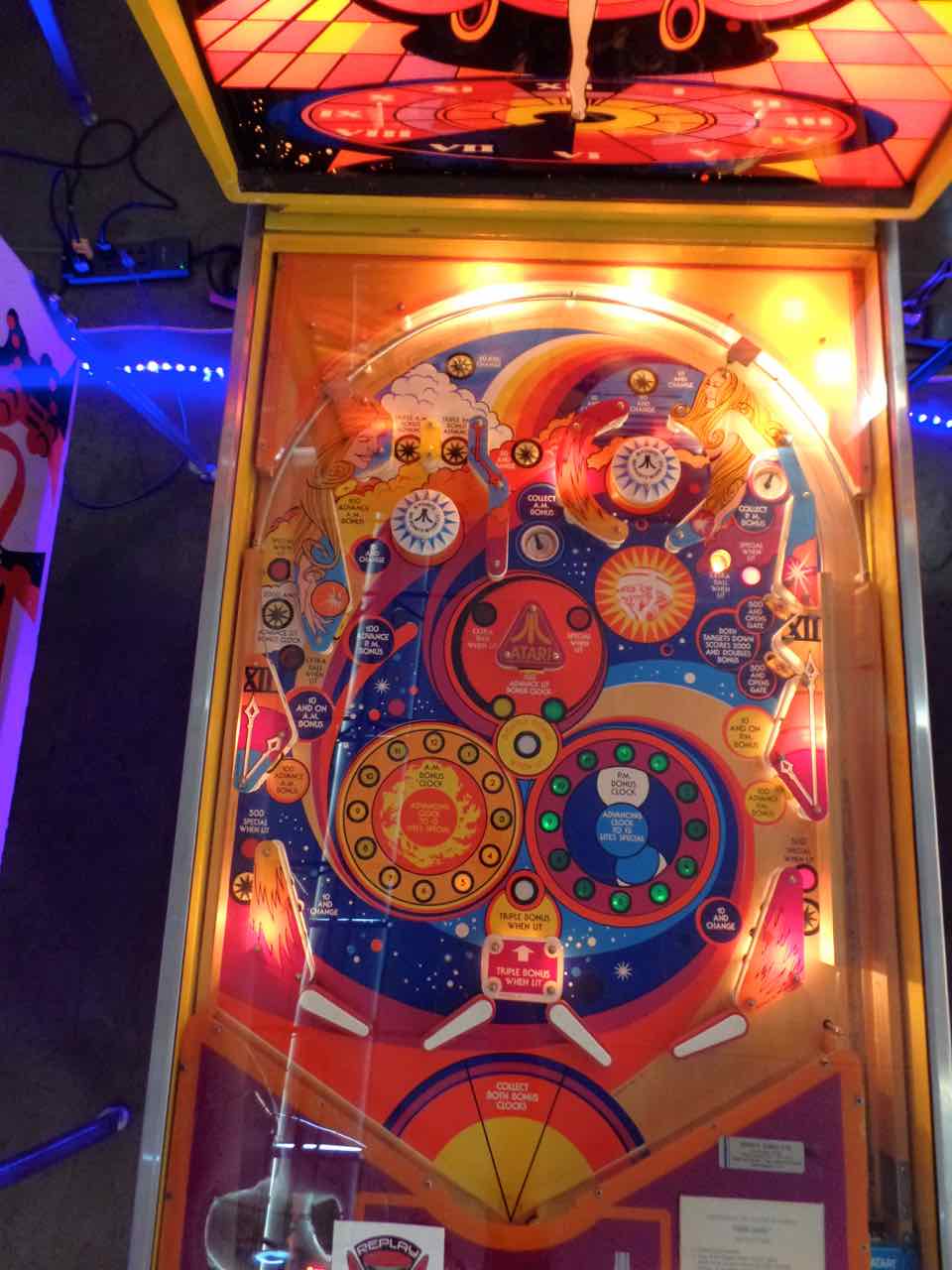 Playfield of Atari's Time 2000 game and you see what I mean? There's a couple pinball games that have this weird bifurcated flippers thing --- Rocky is the other prominent example --- and it's weird every time. Yes, it looks like there's a gap between the left side's right flipper and the right side's left flipper, but there's actually a little island there concealing, I think it was, a scoop that tosses the ball back up into the playfield. 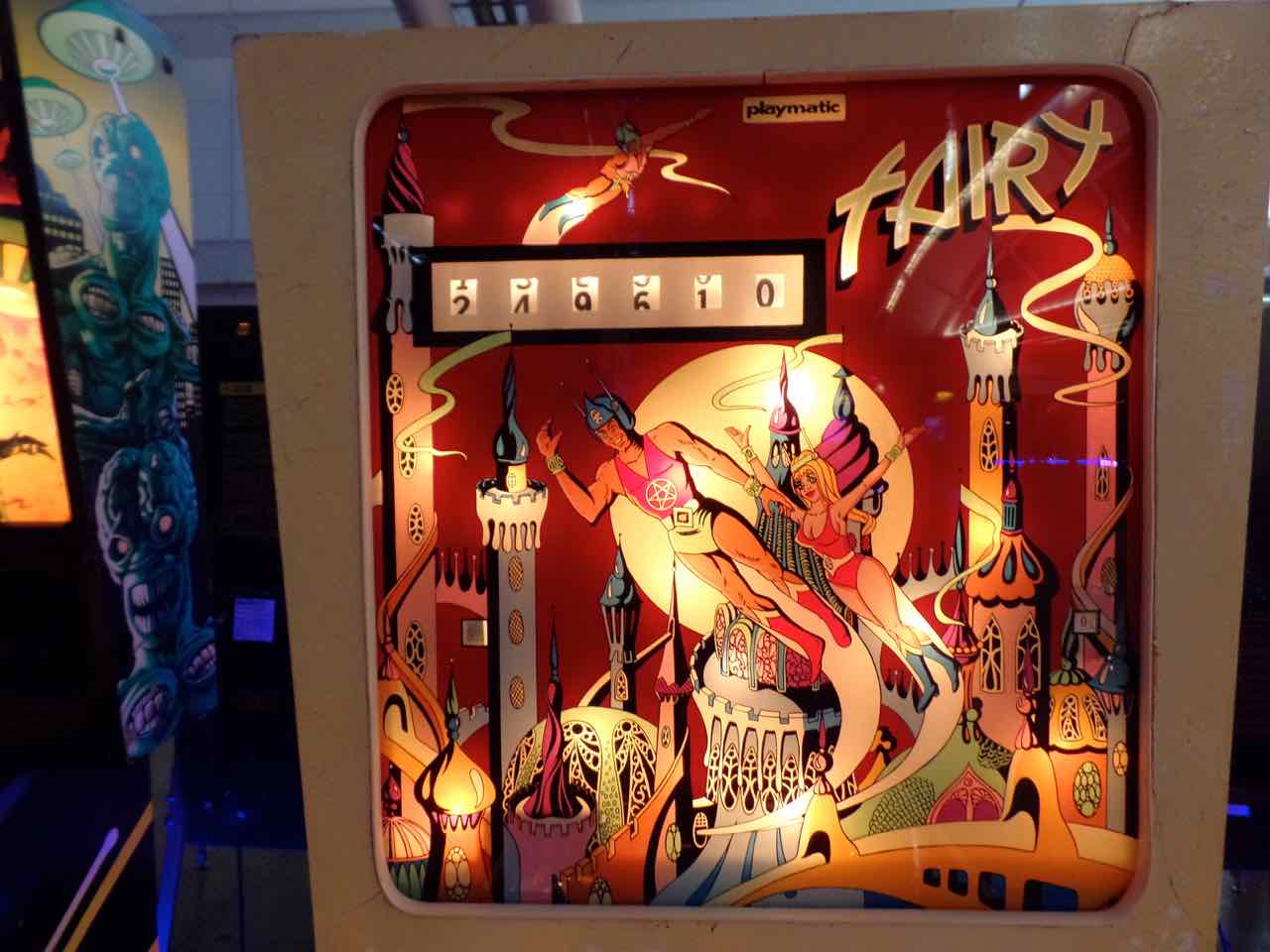 Playmatic's 1975 game Fairy, which again I would totally buy if it were the cover art for a yellow-spine DAW paperback. The art seems more like it's not so much ``fairy'' themed as ``1930s Flash Gordon serial'' but we can work with that too.

Trivia: The New York Central railroad, when first capitalized in 1853, was $23,000,000. Source: The Story Of American Railroads, Stewart H Holbrook.

PS: Reading the Comics, April 1, 2017: Connotations Edition, closing out what was a busy week last week.