Down with the good guys, up with the boss

So now to pick up where I left off at the Baby Food Festival. This would be the end of Qualifying, where the top 16 players went on to A Division finals. The next eight, excluding some people too highly-placed to be allowed into B Division, would go to B. I was in at 10th place.

bunny_hugger was in at 11th. She was also the highest-finishing female competitor, and so would win the Women's Division medal. This would not earn her Women's World Ranking Points, as the finish was determined entirely by competition that wasn't head-to-head. But it did earn her hardware, a nice big shiny gold-colored medal on a ribbon.

AJH gathered everyone to thank them for playing this charity fundraiser for T---'s Gang. And showed off T---, whom he took pains to point out was a real person. He was throwing shade at someone not there. A bizarre conspiracy theory that's infected the east side of the state (Fremont is, if it can be said to be near anything, near Muskegon, on the western shore of the lower peninsula) is that there's something shady going on with AJH's charity events. That AJH is entering phony players to boost his tournaments' value, for example. Not so; AJH's tournaments at things like the Baby Food Festival draw in people who don't play anything else in the state, no, but they do play. It's easy to convince a casual person to come in and pay a dollar to play a game for charity. The conspiracy grows vaguer: that AJH raises money for a charity group that doesn't exist. Thus why the emphasis on pointing to T--- as a person who's really there. More fog: that he doesn't donate all the money he claims he does. He's explained what he takes in, and what he keeps to cover costs. More doubts, and he's had enough; ``nothing will satisfy them,'' and he's done trying. Pointing out T--- is his teasing eastsiders who aren't there. It gives me the chance, later, to talk about England's King James II and the warming-pan baby, because that's the kind of person I am.

bunny_hugger gets into a tough group for the quarter-finals. It's a quartet with PH, RLM, and UNC. The two highest-scoring people would go on to semifinals. UNC we don't really know; he'd come up from Indiana and we would later talk Indiana Beach amusement park with him. But RLM runs and sometimes wins the Grand Rapids Pinball League; and PH helps run and often wins all the Fremont events, and is always a plausible candidate to win any league or tournament he's in. But

bunny_hugger starts strong, winning the first game (Congo). She has a disastrous second game (World Cup Soccer), coming in last. For the third game --- and her lone pick --- she wants the comforting electromechanical game 4 Square. But I had just picked that for the group I was in, and she won't forgive me for that. She instead picked Rocky and Bullwinkle, and had a pretty solid game, taking second place. PH won the group. She and RLM were tied for the other advancing spot.

bunny_hugger feels doomed. It's not literally true that she's never won a playoff. It's near enough. RLM gets the pick of game, and chooses Iron Maiden. It's the correct pick for him. He's got the kind of precise shooting ability and deep rules knowledge that give him a huge edge on

bunny_hugger. I try vainly to assure her the situation isn't hopeless, even as his score is ten times hers. I've been finally starting to understand the game this weekend, and try to pass on what I've learned. And insist that it's not hopeless. She curses me for preempting her pick of 4 Square. (In my defense, I didn't know she was about to pick, and the only thing that could have avoided the tie with RLM would be her winning whatever game she did pick.) She finishes with 23 million points, below her average. He finishes with just above 200 million.

She's done, taking 9th place in the main tournament. She goes outside to my car to grumble and listen to a podcast while getting back into a sociable mood. She also accidentally turns on the headlights in my car. When she does feel better she walks to the Gerber plant on the other end of town, to get to the company credit union's ATM. It's out of money, so she has to walk back to town to a regular bank ATM to withdraw money and get a basket of fried things from the fair concessions.

MWS is in a group with people he knows well. CST, one of the state's best, who's won the Lansing league every season we've held it. KEC, who's the only person in the state who played more events than MWS last year, but who's been hobbled by the change in rules that only twenty events count for state championship standings. DUB, who's reliably a top-ten finisher in the Grand Rapids league, but who doesn't play in enough variety of events, or finish quite high enough, to be in the running for state championships. CST takes two first-place finishes in a row, putting him safely through to the next round before the third game even finishes. MWS and KEC split the points that remain and tie for the other advancing position. On Rocky and Bullwinkle MWS doubles KEC's score, and she goes home, taking 10th place in the main tournament.

Meanwhile, in parallel, there's my group. I'm in a quartet also, with JIM who I know from past Fremont events. I feel good about my chances against him, because I haven't looked at the record recently; we're actually 4-3 in events in 2018 to this point. I'm also in a group with KAH, a person from Edmonton who's there for reasons I think we got at the time. He travels a fair bit; as of right now he's ranked in three states and two provinces. And is good; he's in Alberta's top-16, and is a top-25 for Saskatchewan. With a couple more events he could even qualify for Michigan's state championship for this year. Also in the group: PCM, another out-of-stater. I believe he's part of that Indiana crew that's somehow busy with us.

It's a strange place to be in. It's been a long time --- maybe since last Pinburgh --- since I was playing a group with so little (or, in JIM's case, such faulty) intelligence about who I'm playing, or what they might do well, or what their weaknesses are, or whether they have any.

Trivia: By the 12th of August, 1862, the Confederate War Department had ruled 5,718 railroad employees exempt and 413 deferred from the military draft, as essential in their railroad duties. Source: The Railroads of the Confederacy, Robert C Black III. 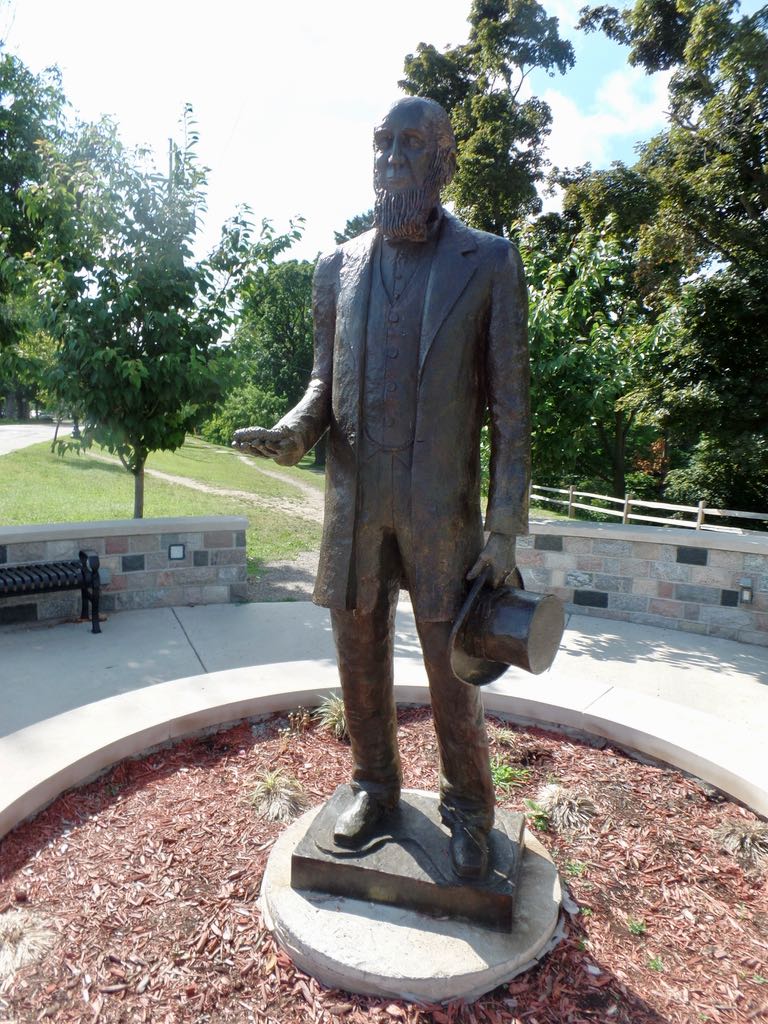 Statue, in a small public park, of Perry Hannah, ``Founder of Traverse City''. Wait for it ... 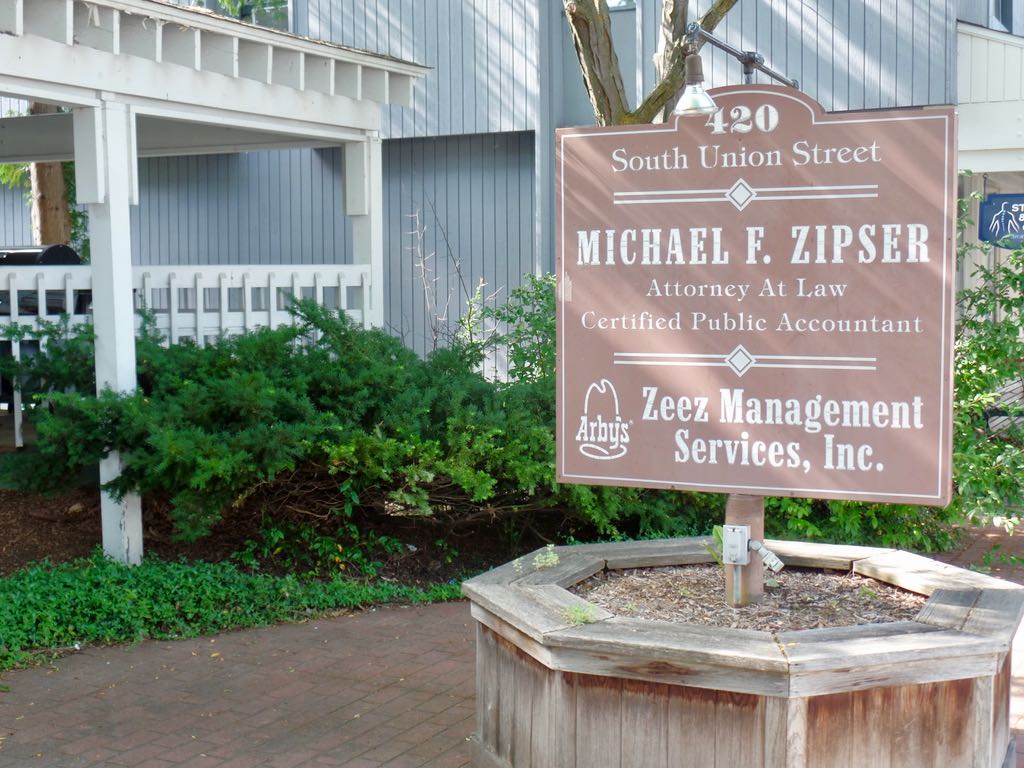 OK, not this, but the Arby's logo on this sign caught our eye as a moment of ``the heck?''. 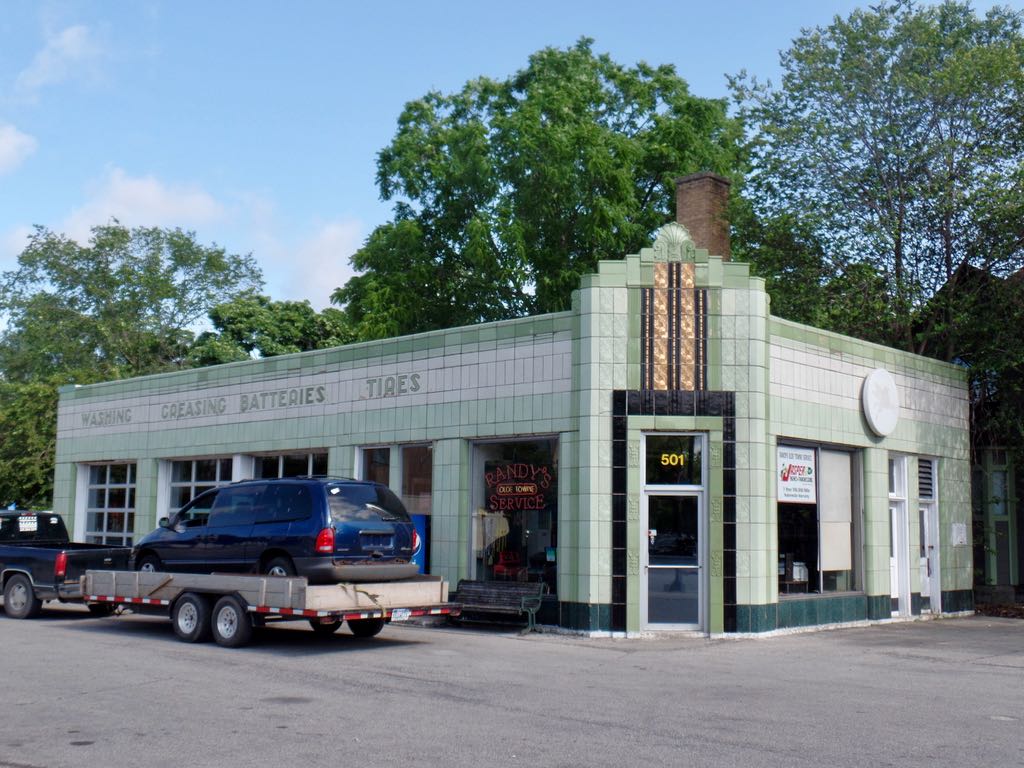