We had big ambitions for Pinburgh this year. Winning it, of course. But also for doing stuff around it. It made good sense to carpool with MWS, who's in Flint and was also going. Also with JTV, from Grand Rapids, who also works for a hotel chain and used his employee discount to get us low-cost rooms. Besides that, both are amusement park fans. We had some great plans. Maybe go to Camden Park, in West Virginia, before the tournament; none of us have ever been and they have a 1920s-vintage roller coaster. Conneaut Lake Park --- which has fascinated JTV since we shared the good word of it --- and Waldameer afterwards. Maybe also Cedar Point, which neither had been to in years.

All these plans evaporated the weeks leading up to Pinburgh. We realized Conneaut Lake Park was only open Thursdays through Sundays. Pinburgh ran Thursday through Sunday. MWS's roommates, who would need to watch his dogs, were unavailable, one because he moved to another town, one for medical reasons. JTV had a summer course, the final of which was the day before Pinburgh. And then we had Penelope's illness and surgery and the decision to have her operated on and kennelled at the vet's if she survived. We all pared down days, wondering at how it was that we all had reasons to cut the side trips from Pinburgh.

And maybe cut it altogether. MWS found a vet who would kennel his dogs, but they needed shots. And one of the dogs had diarrhea; the vet wouldn't give her shots until that was treated. The diarrhea was diagnosed Saturday. Treatment for that was a five-day course. We were supposed to leave Wednesday. With pleading the vet was willing to give shots if the dog seemed to be mostly recovered Wednesday morning, so the night before we left, we were still not perfectly sure we'd be carpooling with MWS. And JTK would need to take an exam early, with the professor's forbearance. The professor had agreed to this, but it was still unclear just when he'd be able to take the exam. And, as we had hotel rooms through his employee existence, we couldn't go until he could go.

The dog's health was good enough, and was boarded. Penelope died. Sunshine we brought to

bunny_hugger's parents. JTK found his professor and took the exam early, although an hour later than he would have had he known where the faculty lounge actually was, or were the lounge signed adequately. He drove to our house, where we transferred stuff from his car to ours. Then we drove to MWS's house and transferred everything to his, largest of the bunch, car.

And then to driving. Pre-convention check-in for Pinburgh closed at 11 pm. If we didn't make it, we'd have to get up earlier Thursday morning to check in. We'd rather sleep in later Thursday. But we had basically just enough time, according to MWS's satellite navigator, if we didn't have to make any long rest-area stops and if we didn't hit any dense traffic clusters along the way. We kept hitting dense traffic clusters, since most of the Ohio Turnpike is under re-construction still. And yet somehow the projected time of arrival kept hoving around 11 pm, like we might just make it even yet. We did our best to limit rest-area stops, of course. And even shaved moments of time off the pay routes as JTK had an E-Zpass we could use. (Although for some reason we can't understand we still had to take a ticket on entering the Ohio Turnpike at Maumee.) But it was still so close, and stayed so close. The last hour we all really could have used a bathroom break, but figured to hold it in, in the hopes of getting an extra half-hour of sleep in the morning.

And this turned out to be fine! We got into Pittsburgh --- with again the sweeping beauty of the downtown presenting itself to us at night --- and found the bar where Pinburgh had set up early check-in. We had about ten minutes before the registration officially closed, and there were even people who came in after us.

JTK had arranged for a couple of hotel rooms. One would be for me and

bunny_hugger. One would be for him, MWS, MSS, RLM, and ADM. This might sound a bit much, but some rooms could be quite large. The one

bunny_hugger and I went to, after taking one of the room cards at random. The other was tiny. Our two parties swapped. (MWS snores, we understand, with earthquake-like intensity and while I can apparently sleep through everything,

bunny_hugger can't. JTK I don't remember the snoring data on.) Anyway, they got the bigger room and got an extra cot sent up. Also MSS requested a refrigerator and a microwave and who all even knows what else; it wa a pile of stuff. But he had stuff. Last year the joke was about how MWS brought in everything one could possibly need for a weeklong vacation or maybe to set up a base camp on any of the seven continents. This year, MSS bought enough food that come Sunday night he was asking if anybody knew someone who needed extra loaves of bread. We were still eating that a month later.

We got to bed at a reasonable hour.

Trivia: From 1914 to 1917 the population of Petrograd rose by about one-third, mostly from war industry expansion. Source: The First World War, Hew Strachan. 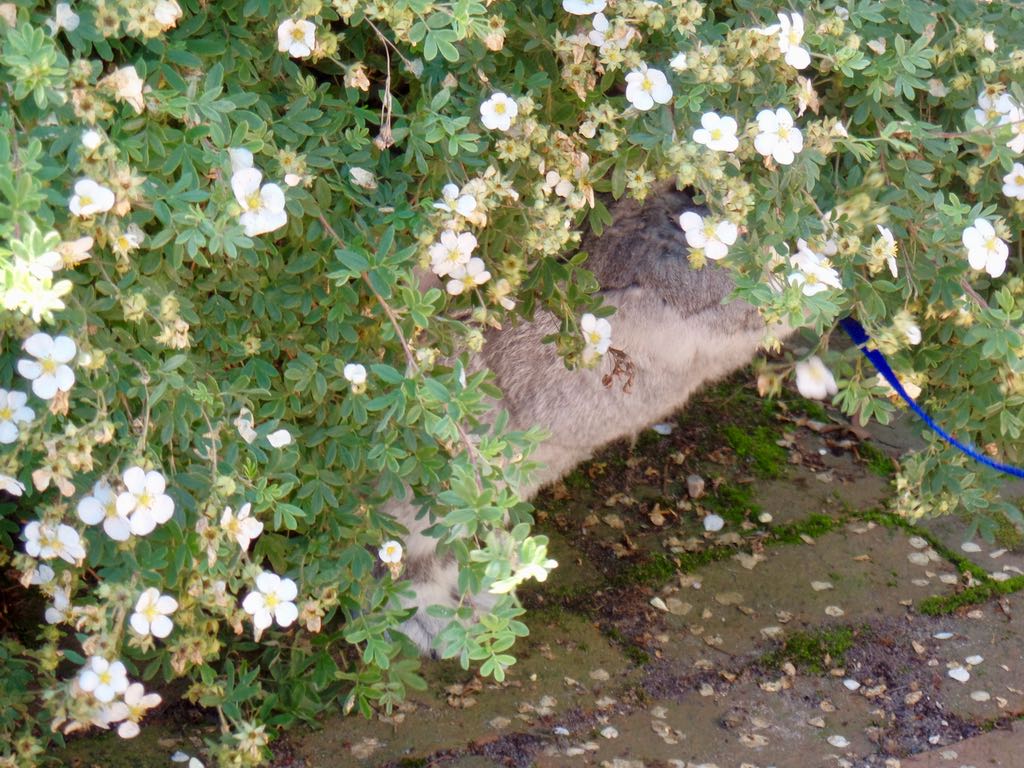 Columbo decided that he quite liked being inside bushes and could only be coaxed out with effort. 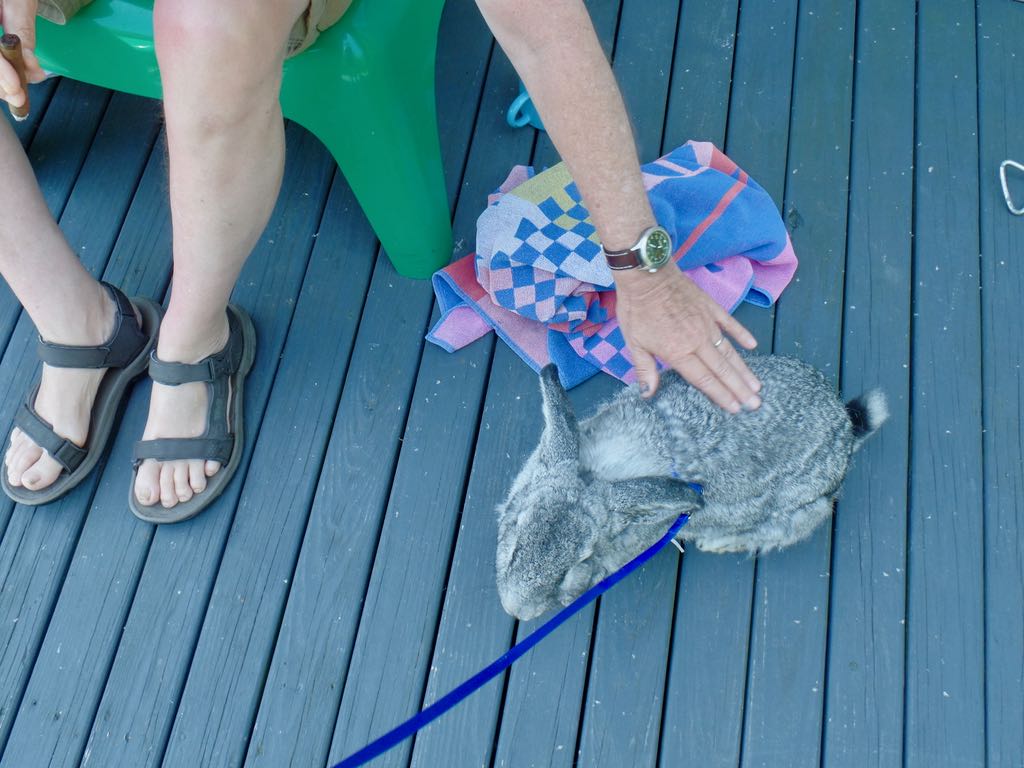 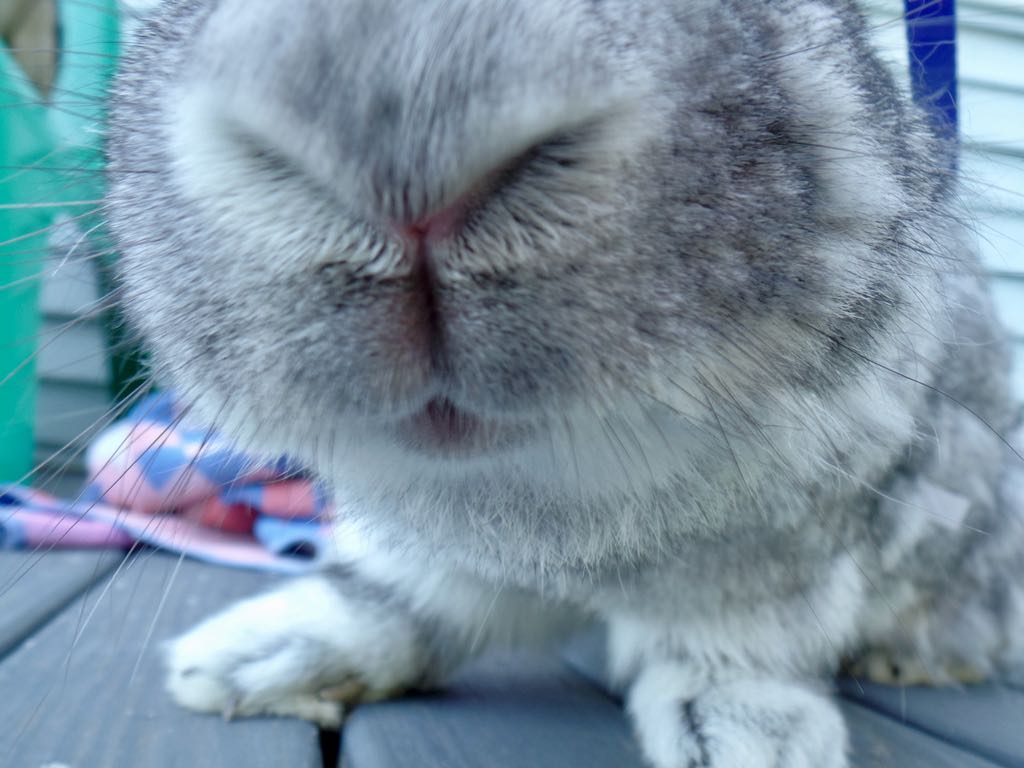 Columbo would take a certain interest in my jabbing a camera in his face, yes.