The Women's International Pinball Tournament had basically the same format as Pinburgh, but in miniature. Groups of four would play their rounds. Each round had only three games, and there were only four rounds all told, but with only 64 players that wasn't an unreasonable number. The games were all from one corner of the Pinburgh tournament area, albeit rearranged some. A couple of the tables were ones I had played, so I could offer my experience on Doctor Dude or Space Station.

Some of the general public poke into the Women's International tournament banks. ReplayFX is still going on, and the only people with a particular spot to be are the Women's International Pinball Tournament players and the Intergalactic players. Everyone else can just wander around, playing what they like. There was this steady back-and-forth between players trying to set up ways to block off the women's tournament banks from the general public, and organizers who do have rules about moving stuff around. The standees that on Saturday marked off the B and C and D and E Finals groups form a decent barricade, until ReplayFX officials say those posters have to stay in their designated spots, on the side. Some of the inflatable couches, which during the main tournaments were places that tournament officials and tech repair guys could sit, form a more lasting barrier.

bunny_hugger had a terrible first round, coming in last or third-place on all three games, and so the tournament was not going to be the consolation we all hoped it would. Even her second round --- which was just short of perfect --- didn't help her mood, although it did put her back in the center of the pack. She lost perfection on Embryon, when her great game got beaten by someone having the game of her life. It's an early solid-state, and the person playing right after

bunny_hugger rolled the table. So it hurts to lose, but when it's to someone playing that well it often hurts less. And then the next group to play also had someone who rolled the game, and whose rolled score still beat the sum total of everyone else in her group. It's great to see play that good.

Still, it would have been better were more of it

bunny_hugger's play. After getting back to the middle of the pack with the second round, she has two worse-than-.500 rounds. She finishes the tournament in the big tie for 47th place, and cursing herself for thinking she'd have been able to make playoffs (the top 24, I think, of the 64). She didn't imagine she would take first place --- the prize there being Keith Elwin's personal Iron Maiden table. But she did think she'd at least make playoffs, and missing really, really hurts.

(Elwin, besides his other pinball expertise, designed his own little for-fun game based on the TV series Archer. Then Stern Pinball got wind of it and hired him as a game designer, and his pinball fanfiction here turned into the Iron Maiden game. And, just like in what you'd fantasize about this, his table is being talked up as one of the best ever made. I'm not sure that it is, but I do have to admit, it's a really good layout.)

The rounds for the Women's International don't last as long as those in Pinburgh. Three games per round, and fewer teams to finish. But they do take up much of the day, so that time we might have spent sampling the games, pinball and arcade, or attending events is instead put to me trying to lay out how to recover on Frontier. When it all ends, well, other people go on to the playoffs for the Women's International. Us? We take a couple hours to do what we like.

Some of that is video games. There's a Mouse Trap in the free-play area. Some of that is pinball. I get my revenge on ``300''. I have nothing on Cactus Jack's. We get some time on Interflip's so-addictive Dragon. We meet up with MWS and we get to 5:00 playing Funhouse, as they declare that ReplayFX is over and the arcade is, once more, closed. We walk out the slow way, grabbing pictures of everything that's still remaining.

At the close of Pinburgh last year we at least had the thought: it's less than a year until Pinburgh! Because of the variations of the calendar we don't have it this time. There's 53 weeks until the next Pinburgh. It'll be hard waiting.

Trivia: The industry norm for grocery stores around 1930 was a space about twenty feet wide and thirty feet deep, with canned goods stacked up front, bread and sugar (which moved fast) set near the refrigerator, at the rear. Meat and poultry were not expected in one. Source: The Great A&P and the Struggle for Small Business in America, Marc Levinson.

PS: My Answer For Who's The Most Improved Pinball Player as I finally finish a series and as much as I want to talk about linear regression unless my A-To-Z makes me.

PPS: So after yesterday's cliffhanger! Did poor sweet Columbo repeat his leap up to an ever-higher stone? 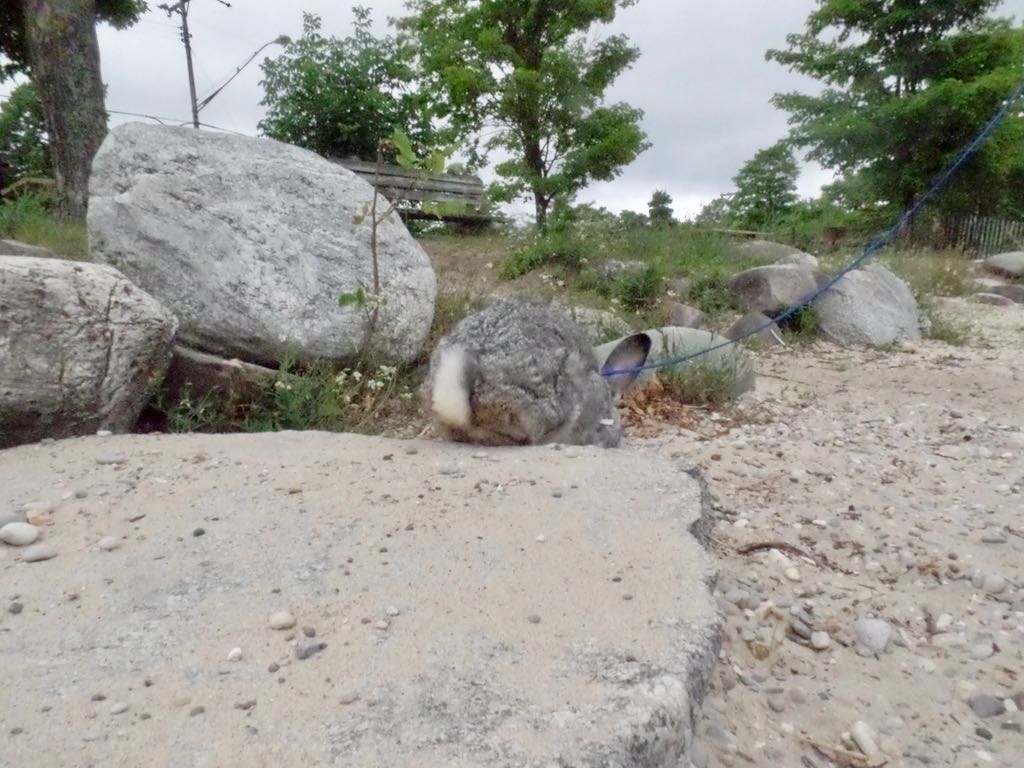 Columbo decides no, and hops back down to the sand. 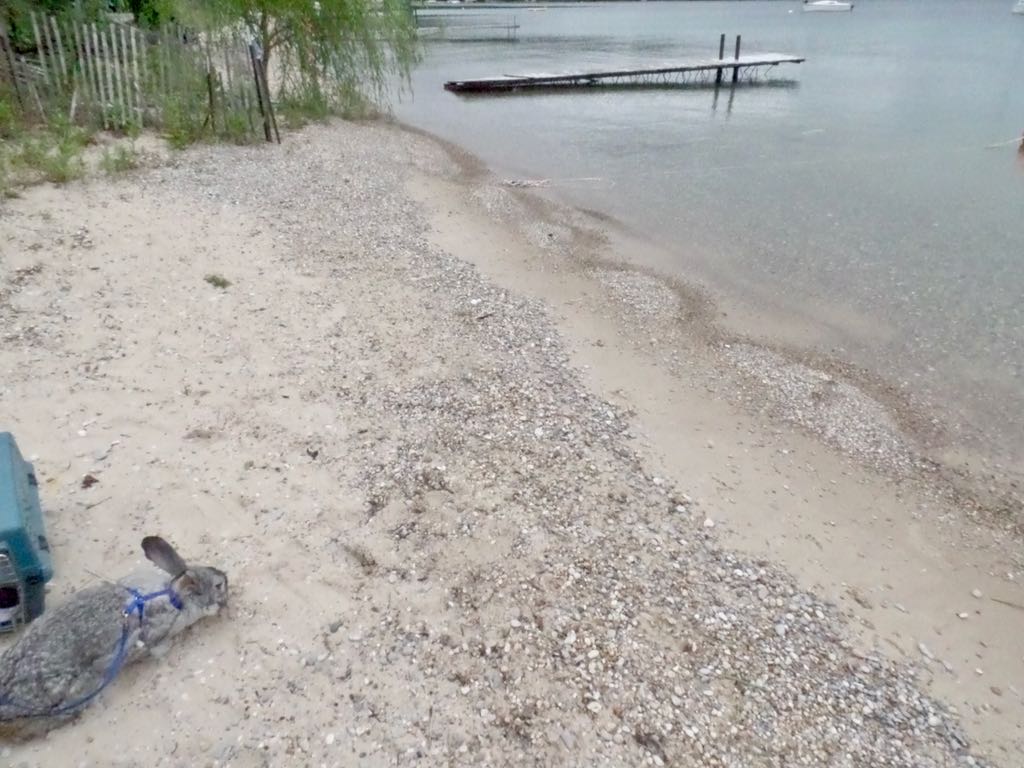 Columbo looking ready to race into the sea. He doesn't. 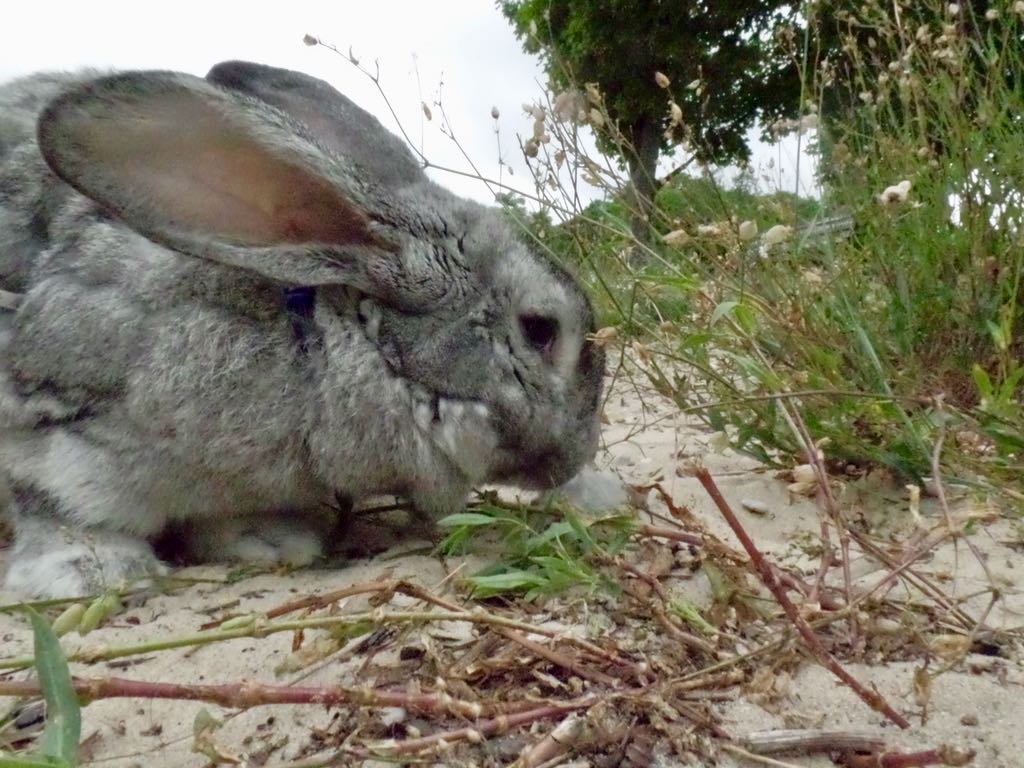 Columbo looking ready to eat some kind of flower that's probably not bad for rabbits, right, or they wouldn't just have it hanging out on the beach like that?