So, Monday, the day that under better circumstances we'd have spent at Conneaut Lake Park, or Waldameer, or maybe a full day at Kennywood. Something. All those plans cancelled. If nothing else, JTK had some manner of presentation in the evening for a class that he had to get back for, and we certainly couldn't fault him for taking his classwork seriously. So seriously he briefly floated leaving on Sunday evening, which would have made Kennywood less fun.

When the hotel room was originally booked we had it through to Tuesday. Because it was an employee-booking, there was no changing it when we all decided to go home Monday instead. We'd worried there'd be no changing this at all, but even the cost of an extra day of hotel, at employee rates, was less to be feared than what if we tried cancelling-and-rebooking through the employee system and couldn't rebook. But it turned out dropping the last day was no trouble. They just wanted us to officially do it at checking out on Monday. That or the person at check-in didn't want to deal with it.

And then there wasn't much to do but drive home.

bunny_hugger and I stared long out the window at Cedar Point, when we passed that. It was about halfway and if it were just the two of us we'd have stopped in. But we have season passes, so it wouldn't cost anything but the Ohio Turnpike toll. MWS and JTK --- both of whom hadn't been to Cedar Point in years, JTK in decades --- would have loved to go, but to pay full price to just poke around for an hour? No. Besides, JTK had to get home in time for his class.

We left MWS at his home, and drove in our car back to our own home, where JTK had left his car. And found one of his tires was desperately flat. This let me come to the rescue. When I was having no end of trouble with my tires going flat we bought an actual air compressor. It didn't take long to get the pressure up to we-kinda-think-32 psi. At least to get it to where the tire wasn't sagging. JTK was able to get to his class in time and in good order.

And ... well, that was that. We had the quiet of our home, without bunnies, to hear. Penelope's area, in our bedroom, to clean up.

Tuesday we would get to

bunny_hugger's parents' home, there to spend the day and to have a fresh round of Mice and Mystics, and to collect Sunshine. Wednesday we would go to the vet's, to return the leftover medical supplies, mostly used hypodermic needles from the saline solution that we used to break up her kidney blockage. And to recover her ashes. And to think of the last couple weeks when we realized something was terribly wrong with this poor grumbly rabbit who we thought had finally gotten a break.

Also to get back on the pinball treadmill, as the Grand Rapids Pinball League had a meeting that day. I had a mediocre night: in five games I got a first, second, third, and fourth place finish, plus an extra second-place finish.

bunny_hugger had a good strong night, two first-place, two second-place, and one third-place finish. It would put her in a great spot for the next league night, if only we were to make it there.

Trivia: The Wright Brothers arrived at the Kill Devil Hills of North Carolina on the 25th of September, 1903, for the winter's airplane experiments. They found their workshed blown several feet nearer the ocean than they had left it the previous year. Source: To Conquer The Air: The Wright Brothers and the Great Race for Flight, James Tobin. 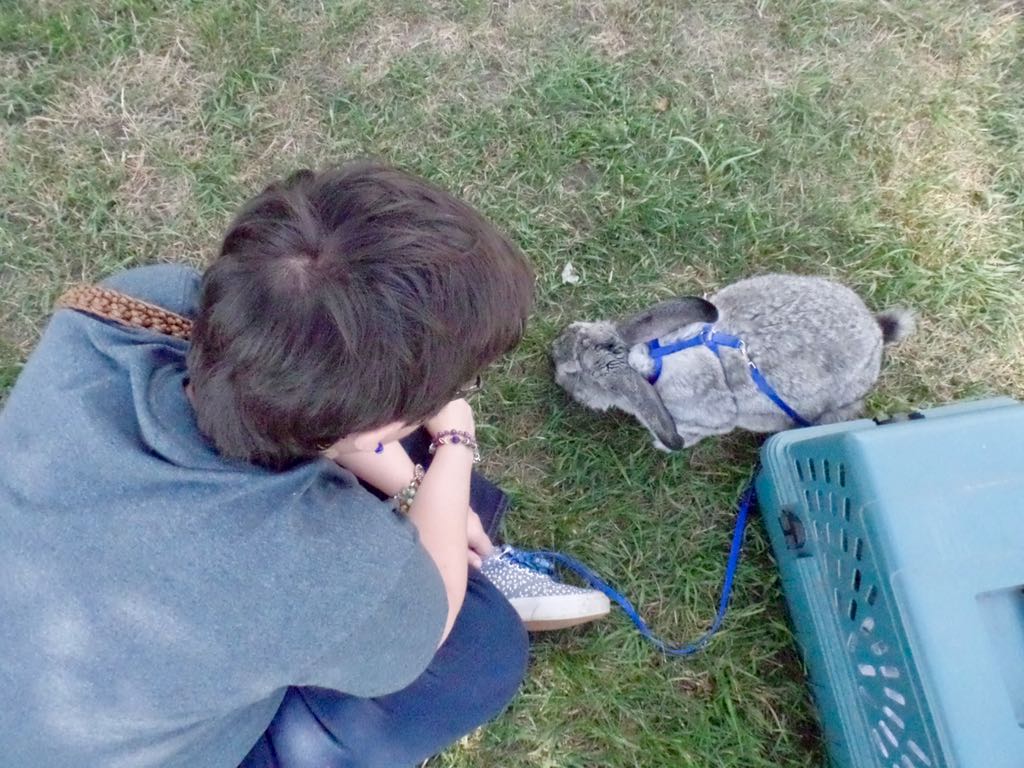 Columbo milling about, snacking a little, while waiting for

bunny_hugger to catch on to what he's asking. 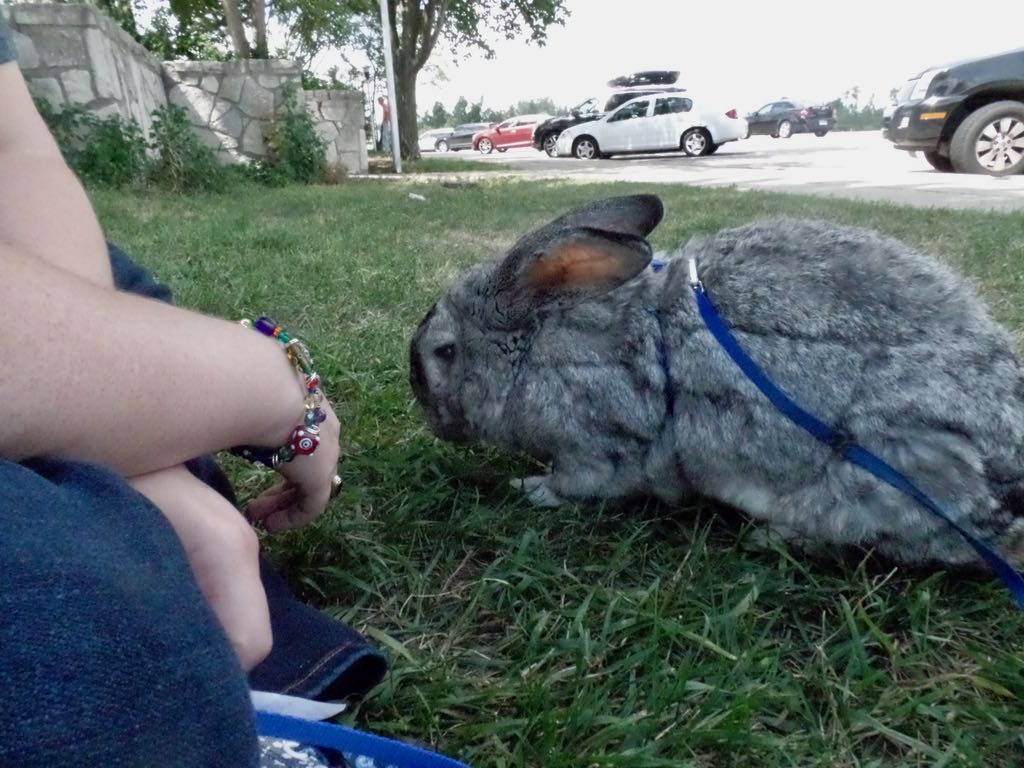 Columbo just coming out and saying it: he needs some head-petting now if you don't mind. 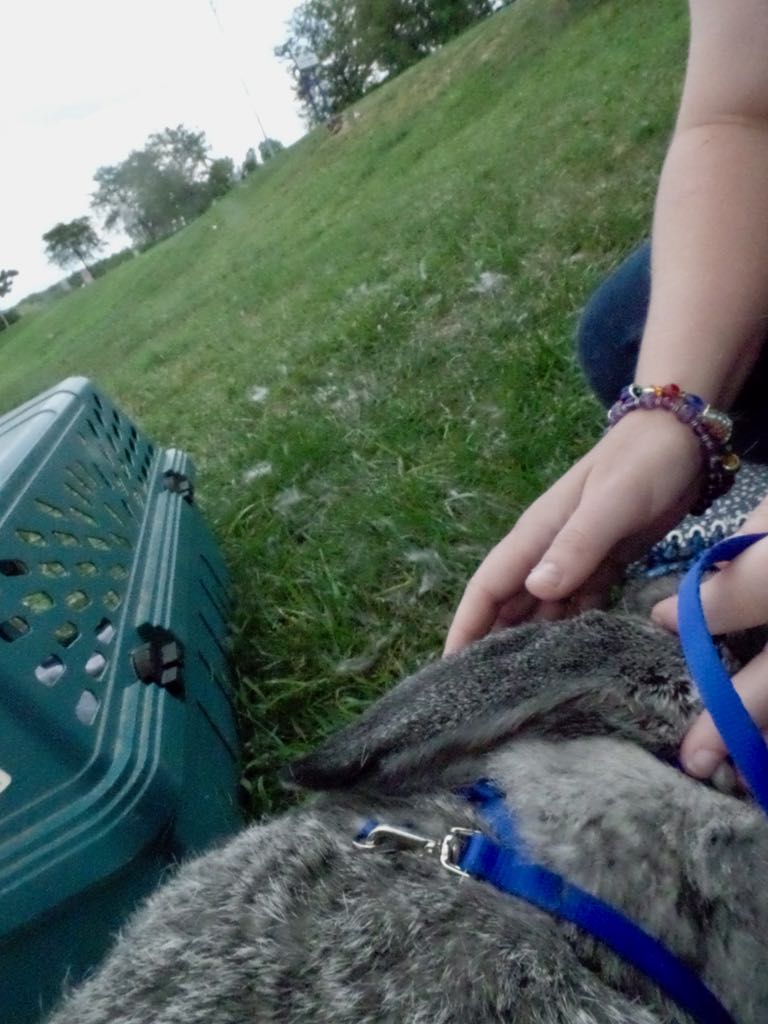 Yeah, that's the stuff. A good way to close out the rest break.