And I like the week I had on my humor blog. You maybe put it on your Dreamwidth reader page. Or if you didn't, maybe you added it to your RSS reader. If not, here's a recap of recent stuff from it:

bunny_hugger and I all bombed out of the 2017 Baby Food Festival in like the first round of playoffs. So we figured to go out and do stuff rather than just watch other people play on without us. 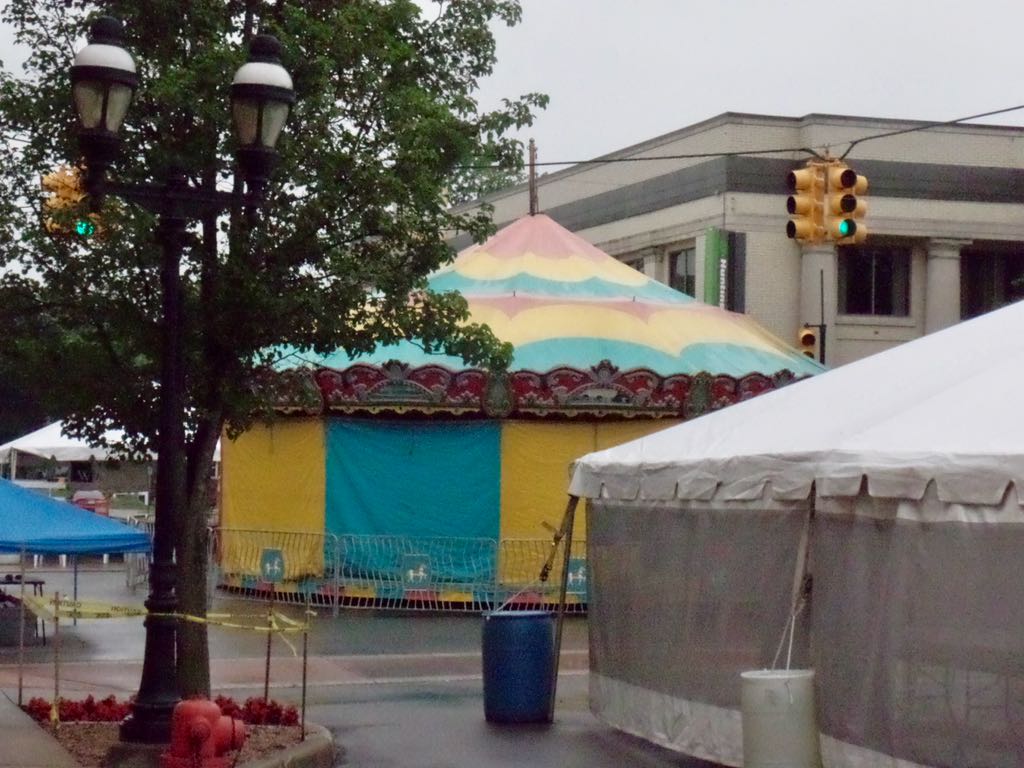 Now what might this be? Tents closed up yet in the morning, but also protecting them from the day's early rains. 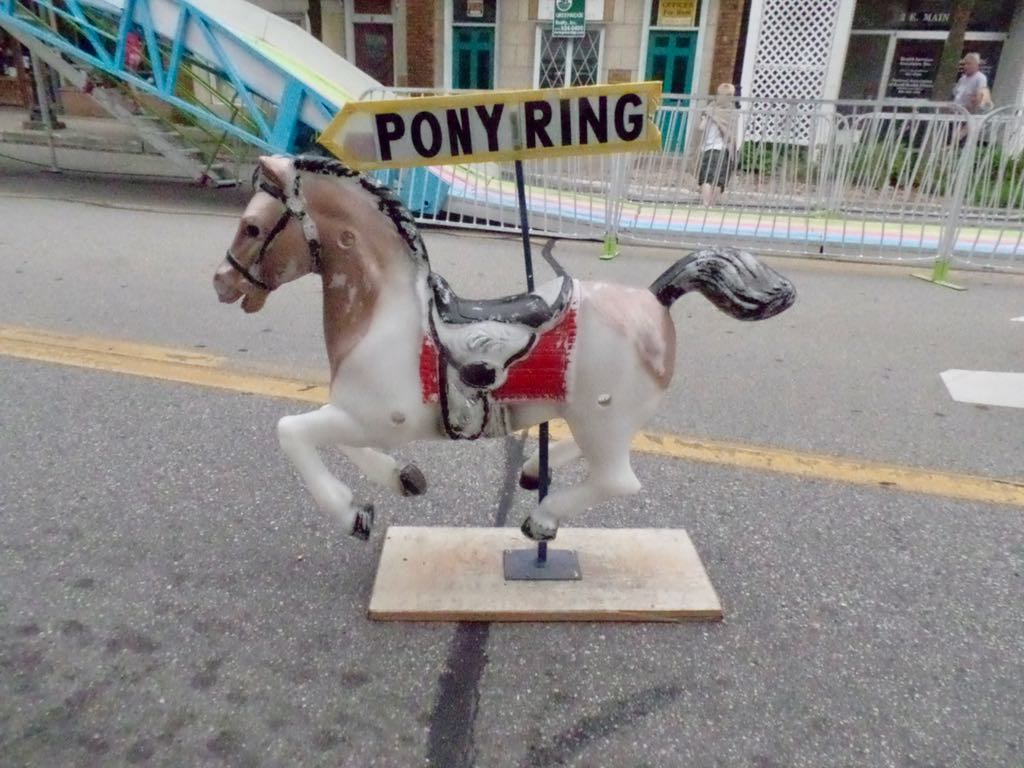 Oh, so we had this slide and this Pony Ring sign outside the building all day, teasing us with the promise of that to do. 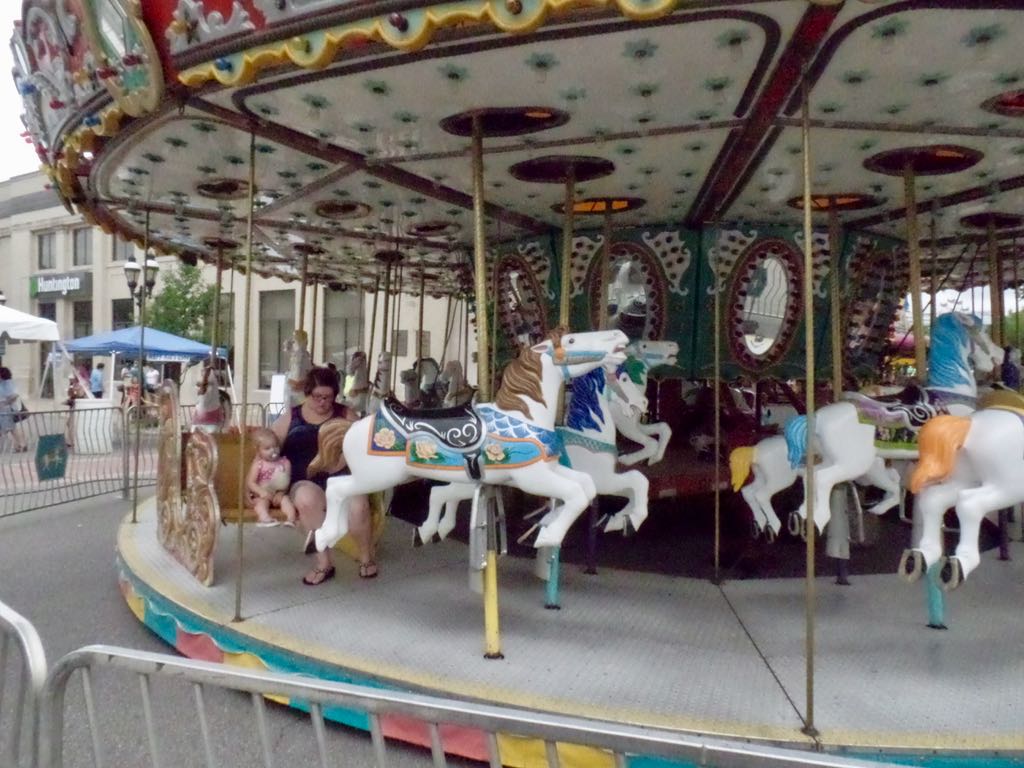 And oh! Here's what was inside that canvas tent right at the start of the day. The carousel might not look like much, but it's run at a good fast speed, five rotations per minute. If you think you're bored by carousels, try one that runs at five or more rpm.

But there wasn't much more of the carnival, and MWS had never been to Michigan's Adventure, about twenty minutes away, before. And since there were like five, maybe six hours in the park's operating day left we went over there. 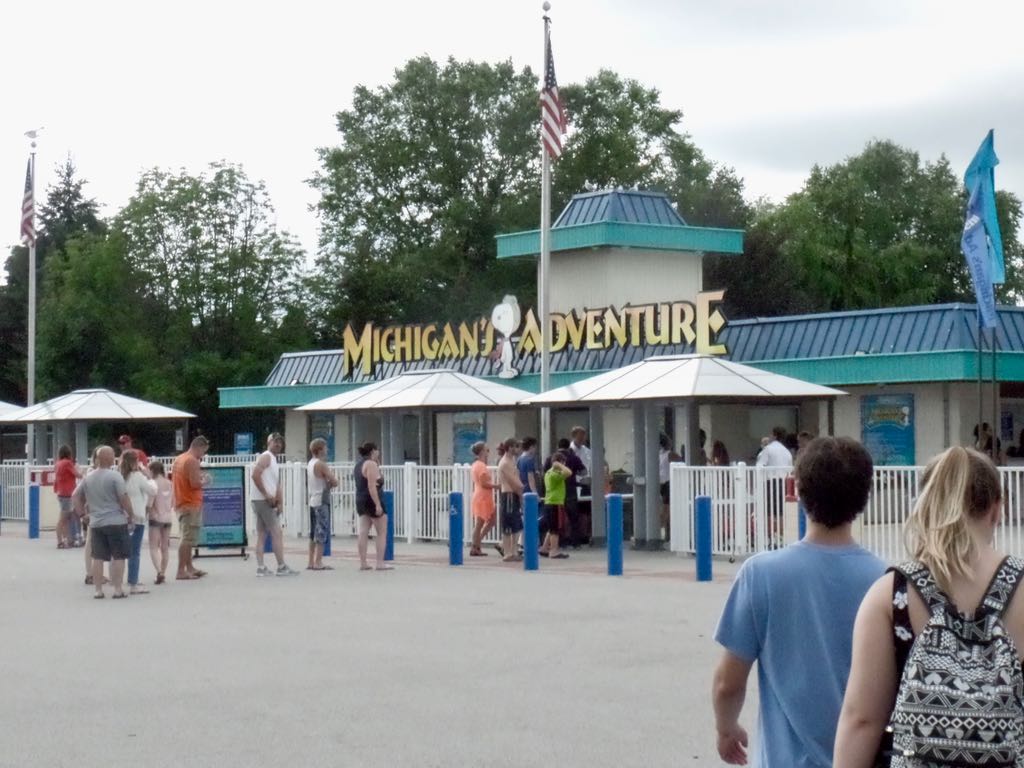 Front entrance to Michigan's Adventure. As we had expected they replaced the nameplate and the Snoopy sign after the end of the 2016 season; the sign had gotten a bit rusty. New: the hilariously unnecessary x-ray stations out front. 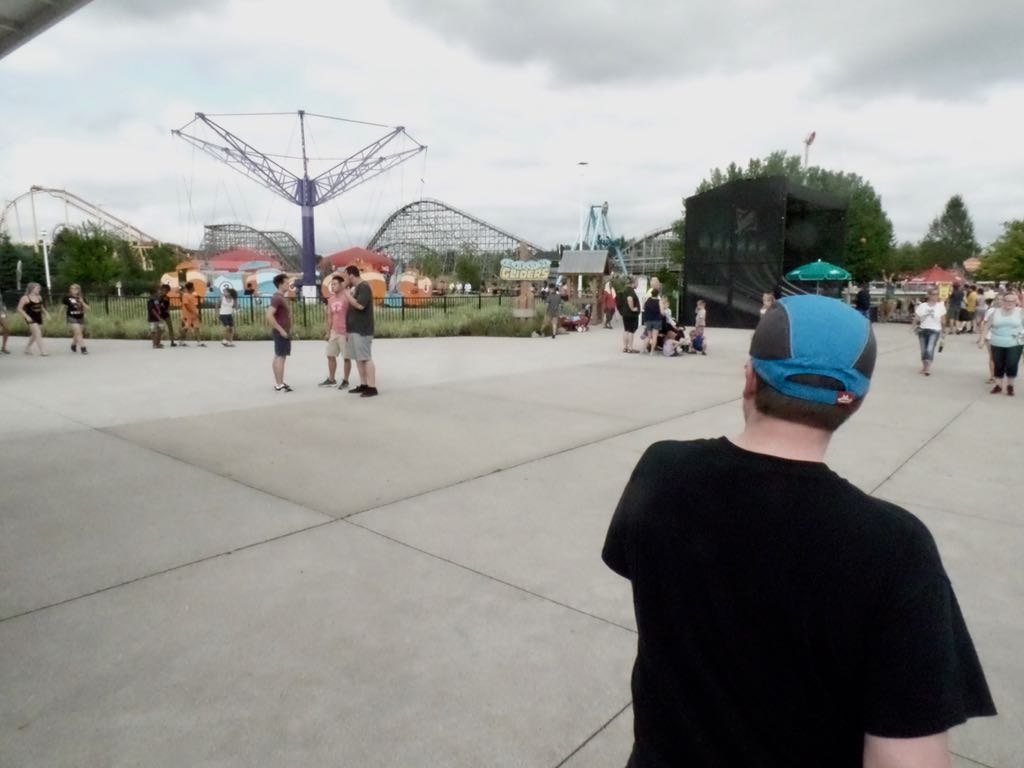 First glimpse: Michigan's Adventure hasn't got a clearly defined midway, but this is roughly the intersection of the two main walkways. The steel roller coaster on the left, Thunderhawk, is accessed by going off to the left; the wooden roller coaster, Wolverine Wildcat, is off to the right. They come close together, but there's no quick walk from one to the other. 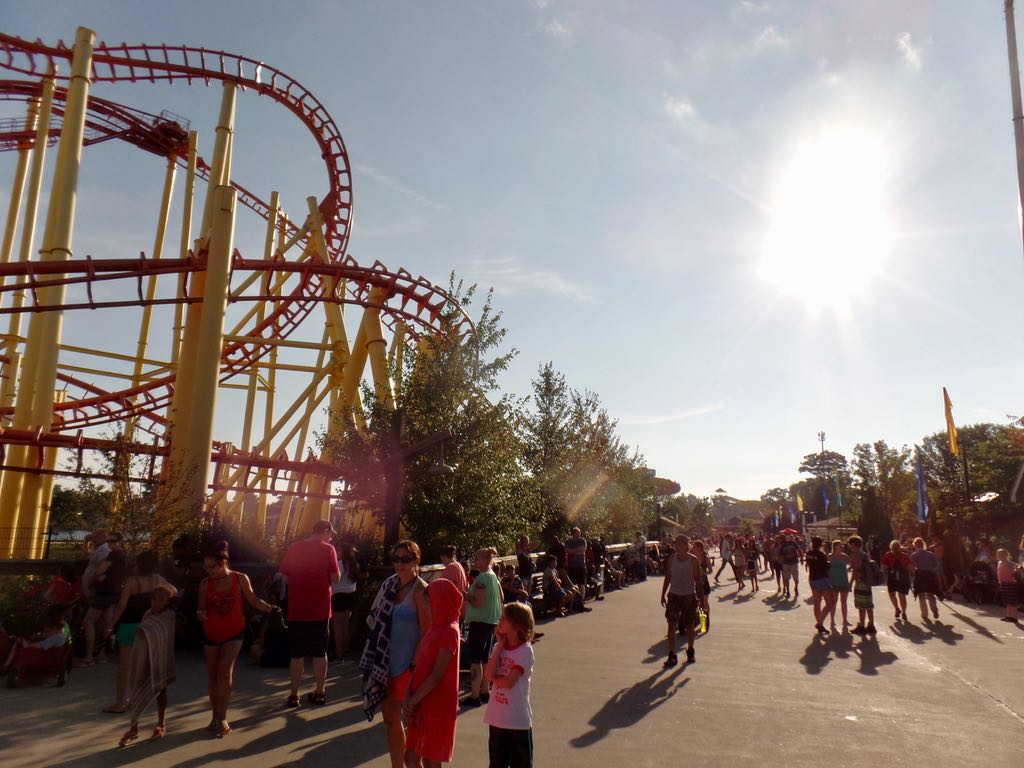 Afternoon sun picture of Thunderhawk. It's near the waterpark entrance which is why so many people are still in swimsuits and carrying towels around. 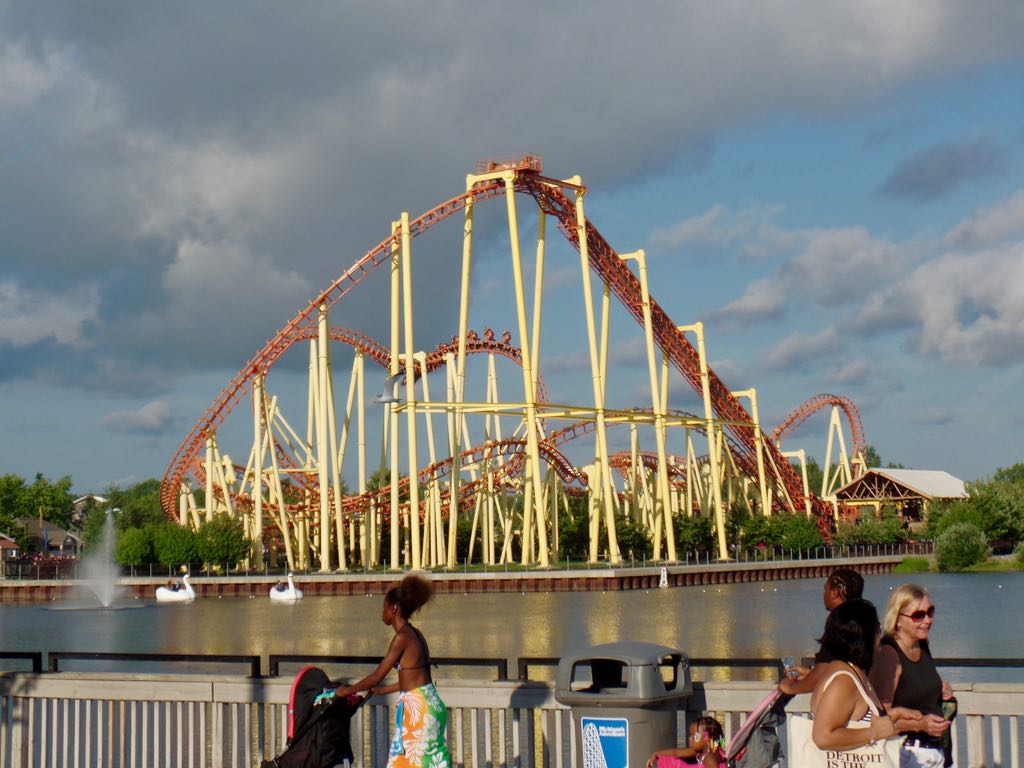 Afternoon-light picture of Thunderhawk as seen from opposite the lagoon. 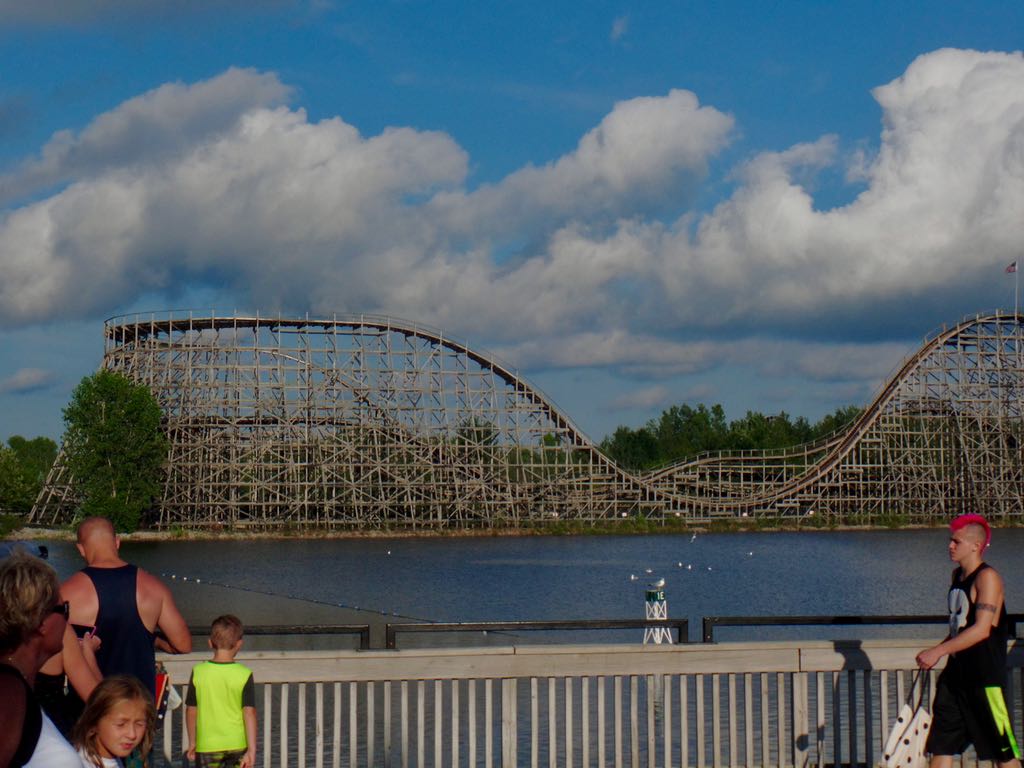 Afternoon-light picture of Wolverine Wildcat, also from opposite the lagoon. 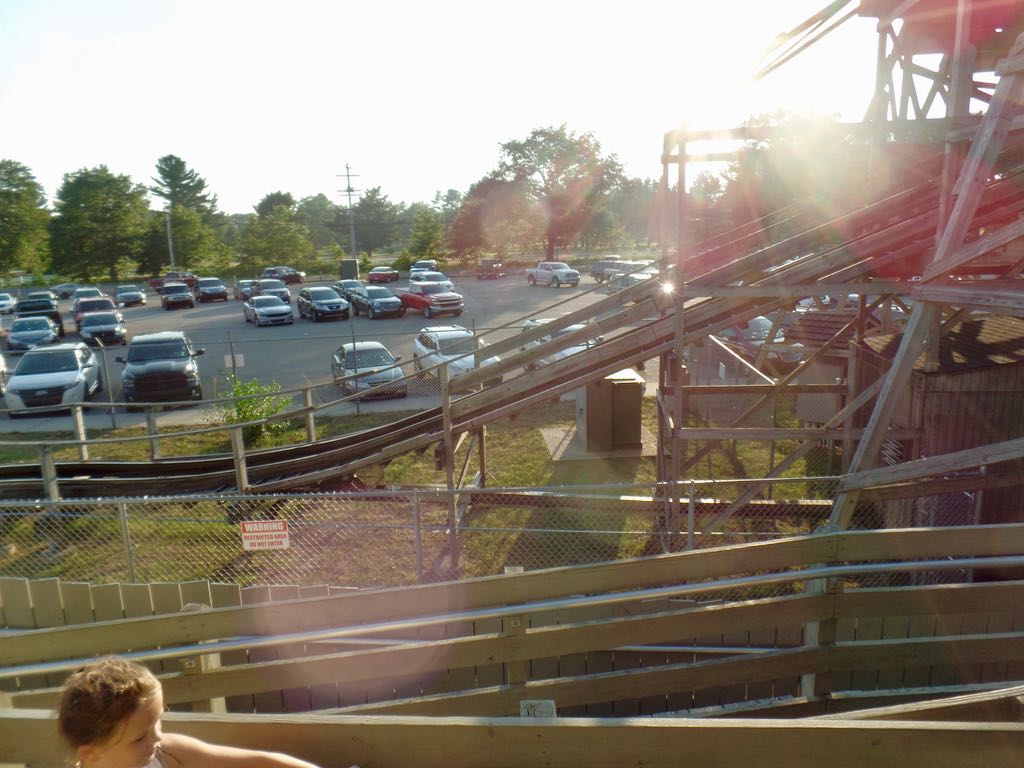 And here's what the setting sun does for Zach's Zoomer, the wooden junior roller coaster at the west end of the park.

Trivia: The Syracuse section of the Erie Canal closed the 15th of May, 1918. Five years later the city bought the canal property, for $800,000, and paved over it, making Erie Boulevard. Source: Salt: A World History, Mark Kurlansky.

PS: Reading the Comics, September 22, 2018: Last Chance Edition to tell me about something that'd be a good Playful Mathematics Blog Carnival link.