I'm on the top of the world looking down on creation

We went to the Keweenaw Peninsula without very specific plans. There were a couple things we had to see, yes, but no specific plan for doing this on this date or the like. This should have kept us from stressing about falling behind on our plans. But this did result in our spending more time than we meant to choosing what to do for the day, and (later) worrying that we were running out of time to do everything we should. There's an extent to which it's absurd to think you could run out of time on a vacation where you are simply seeing novel things and being apart from your daily routine. But it's hard to convince yourself of that too, especially when you think six weeks after the fact to look up just where the Keweenaw Rocket Range was. (From 1964 NASA tried launching sounding rockets from the peninsula. But they could only launch in winter lest it be too dangerous for shipping. And they couldn't launch in winter because the winter weather in the Keweenaw Peninsula is cartoonishly bad. By 1971 they decided they didn't need mid-continental sounding rocket data bad enough to deal with this.) It turns out we did get close enough that had we chosen to dedicate an afternoon to the project, we could have walked there. (The car-navigable roads end some distance from the site.)

Well. We set out later than maybe we should have, partly because of sleeping in after the long day of driving. Our first destination was the Poorrock Abbey, run by the Society of St John's. This is a group of monks who've become a bona fide tourist attraction. They've set up a roadside building, the Jam Pot or Jampot depending on which sign you look at. There they sell jams and jellies and baked goods and CDs and DVDs about the mission. They do a good amount of fruit-picking and make jams out of that. We bought some, and

bunny_hugger would use one of the seedy jams to make peanut-butter-and-jelly sandwiches that she actually liked for a month to come. I got a couple jams to use as Christmas presents for my parents. And we got some banana breads or other loaves like that to hold in reserve as breakfasts for days we couldn't find any. Writing this reminds me I'm not sure what we did for breakfast that day, Thursday. I don't have a photograph of a place, which suggests we didn't go into Houghton or to anywhere special. Possibly we grabbed a doughnut somewhere on the way to the Jampot.

The Jam[ ]pot is a short walk away from Jacobs Falls. It's a waterfall. One of many; the upper peninsula has an estimated 118 billion waterfalls, owing to how the land caved in after all the copper was taken out of it. Jacobs Falls, as we saw from the roadside, looked to be maybe thirty or forty feet tall, along a 45-degree incline, so this great curtain of water rebounding against rocks. It turns out there's another part to to falls, farther up the hill and obscured from the road, but you have to feel comfortable hiking up between water-slicked rocks and forest growing in on you to get there. Still, what we saw was great.

Just off this is Eagle Harbor, which has a lighthouse, which of course we visited. The trip gave

bunny_hugger the chance to revitalize her lighthouse stamp-collecting hobby. The Eagle Harbor lighthouse is your typical Great Lakes lighthouse, only about three storeys tall, automated in 1980, and accompanied by a small house with a kitchen that looks to be 1920s. I mean, an actual Monitor-hood refrigerator? Good stuff. The house was filled with stuff from the lighthouse keepers who used to tend the place, often with signs explaining which keeper brought what thing to the house. Daniel Brockway's Recliner Chair was marked as such with a sign that was just a regular sheet of paper, printed out and left on the chair. Also apparently made by Broderbund Print Shop somewhere around 1988; it included that old dot-matrix icon of a man in a sombrero napping.

There was more fun little personal stuff. An old RCA Victor Talking machine with a Columbia Graphophone record of ``Medley of Patriotic Airs''. A stereoptic picture viewer with photographs of New York City's Central Park. Dolls and a kiddie gramophone upstairs. A wooden toy bunny with wheels for feet.

And then less personal stuff. A Fresnel lens, replacing the one ``removed and lost during one of the renovations of the light''. And a photograph spread showing how the replacement lens was brought to Eagle Harbor. Excerpts from one of the lighthouse keeper's logs. (``Nov 15 [1873]. Went out in a boat to intercept the City of Duluth. I wanted to mail some important papers. The captain wouldn't accomodate me. He may want me to accommodate him sometime.'') A wood-stock anchor found in 1968 and that's believed to come from one of two possible 1890s shipwrecks. (One of those candidates was a steamer carrying a cargo of flour, which has to have been a real mess of a shipwreck. Think of all the pasty glue that would've made.)

The former garage had an exhibit of some of the kinds of cargo ships around the area would use, mostly ores. A lot of copper. Some not. In November 1926 the City of Bangor, with a load of 248 Chryslers bound for Duluth, Minnesota, was wrecked. The crew had a harrowing time getting to safety, including at least one point where they realized they had in the storm walked miles in the wrong direction. The garage had one of the recovered cars, looking not bad for its age and circumstances. It was some logistical effort to get the still-drivable majority of the cars from Eagle Harbor to somewhere they'd have value, too.

One of the other buildings, I think, used to hold the fog horn. (Since 1978 rather than a fog horn the Coast Guard sets out a bell buoy. The buoys are taken in for the winter, lest the ice smash it.) In it were exhibits of ship models, navigation tools, radio tools, zinc plates used as rust inhibitors, all that sort of thing. (The mostly-zinc block would serve as sacrificial cathode and draw harm away from the structurally important parts of the boat.) Also the books of local histories, those slender little volumes that look like they were typeset on a typewriter in 1958 and have been unimproved since. And another book that enchanted

bunny_hugger. It was a scrapbook of QSL cards from some ham radio events that the lighthouse (used to?) hold annually. QSL cards are postcards that ham radio operators send as confirmation that a contact was made at some particular date on some particular frequency. The custom dates back to when ham radio was a barely legal activity. There's no set design for them, so, each card is an expression of something of the sender's personality. As she looked through dozens of these cards, she got excited by this sort of personal but public art. If I ever got a radio of my own, or joined a local ham radio club, this could blossom into a new hobby for her.

Trivia: In November 1863, Emperor Napoleon III of France announced his hope to hold a general European Congress to discuss every question in dispute and to revise the map of Europe. None of the Great Powers made any committal response to the project. Russia denounced the plan. Source: The Struggle for Mastery in Europe, 1848 - 1918, A J P Taylor.

PS: Reading the Comics, September 24, 2018: Carnival Delay Edition as the routine of stuff gets disrupted by that Playful Mathematics Blog Carnival. Shall get back to normal soon enough. Maybe.

PPS: Our July 2017 trip to Kings Island! I hope you like pictures of roller coasters. 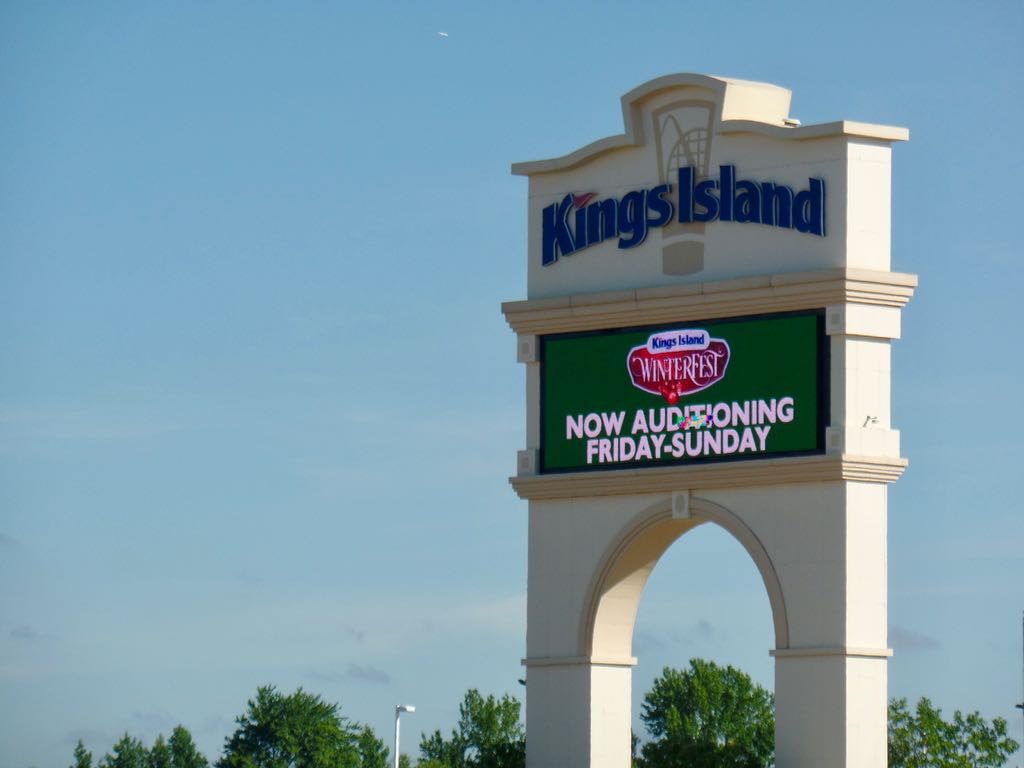 The entrance gate to Kings Island! And, in July 2017, already advertising their need for their Winterfest holiday lights. ... We did think how it'd be great to someday get to a Holiday-in-the-Park event but didn't think we'd ever actually make one. 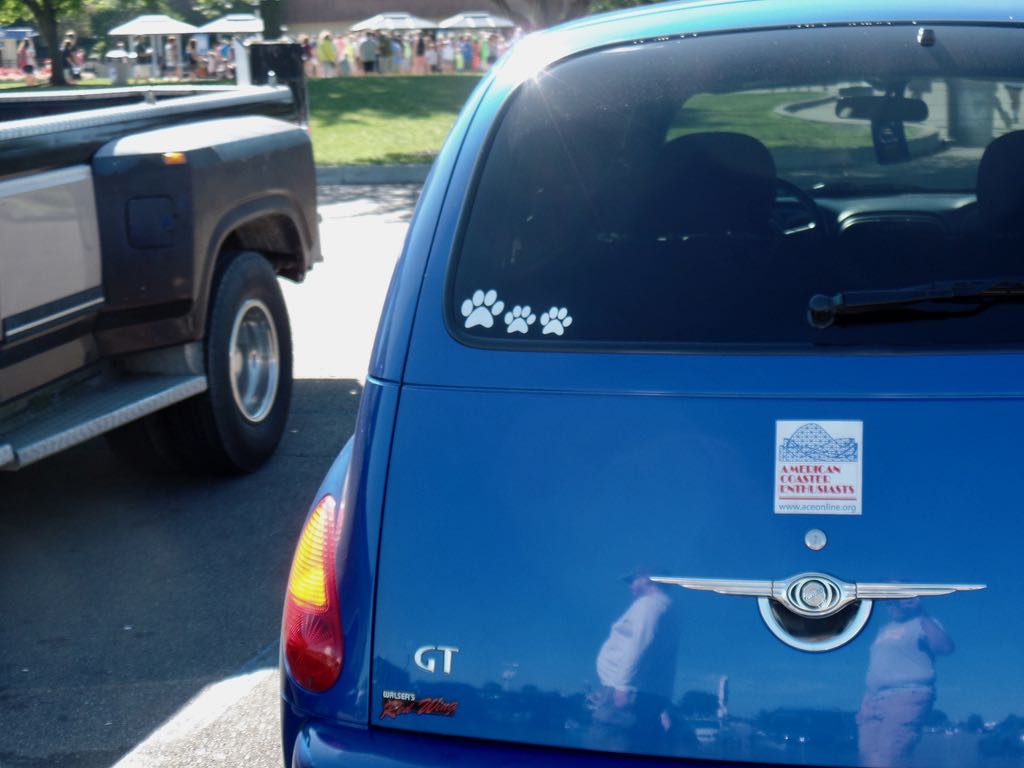 Somehow, this isn't our car? 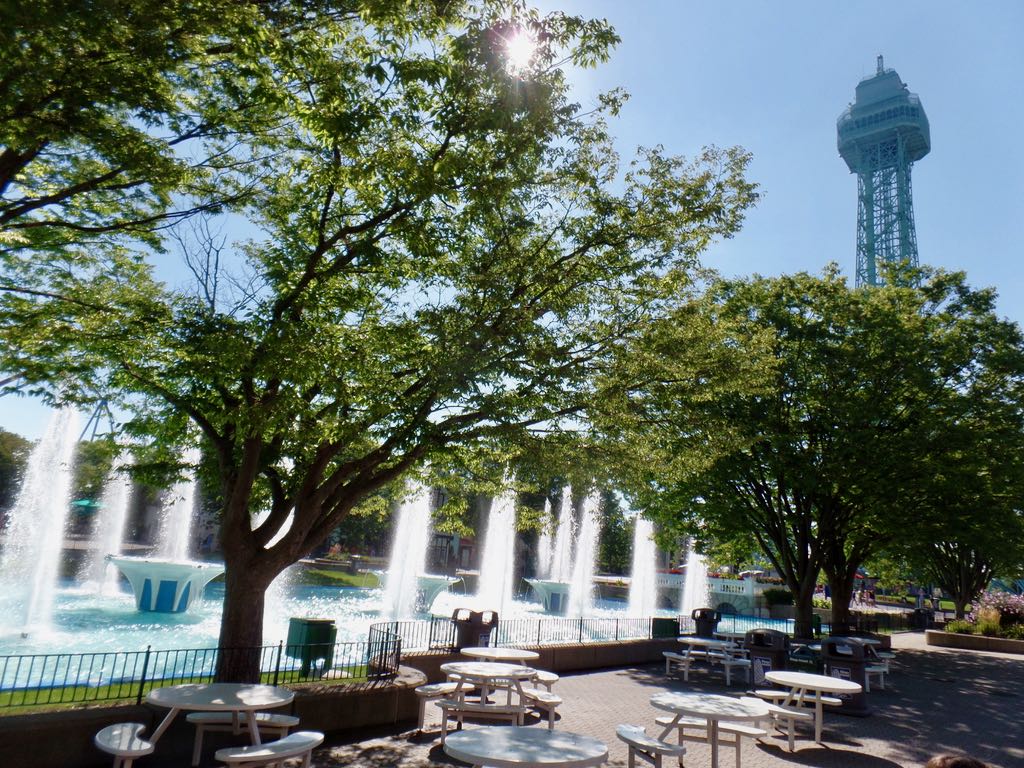 Inside the park! The front midway has this gorgeous fountain, leading up to a one-third scale replica of the Eiffel Tower. Also this is the most clouds we saw all day.