Can't you hear me call on this old ham radio

While driving up to Copper Harbor two days before we'd noticed the turnoff for the Scenic Drive. Saturday, we took it. This brought us to the West Bluff, 726 feet above lake level, 1,328 feet above sea level. It was a neat spot, a bluff as said high enough up we could peer at towns and tree-hidden roads and the great flatness of Lake Superior. And ... ham radio operators.

There were several vans set up there, with the back doors open and small pods of older white guys sitting beside big antennas and talking into microphones. And getting back the slightly tinny audio of single-sideband reception. The occasional Morse Code beeps. There was a ham radio event going on, a race to get as many contacts and on as many bands as possible. Altitude and clear horizons are always great aides to distance, and to reception. This stirred my thoughts about getting a ham radio for myself, or at least meeting up with whatever clubs might be at Michigan State or the Lansing area. I'm pretty sure the groups of people, working hard on these technical contraptions, and touching people far away --- I was able to identify some of the locations from callsigns, despite my aged and limited ham skills --- enchanted

bunny_hugger. Between that and the QSL cards book she's probably ready to have a new hobby.

Besides ham radio, though, there was the beauty of being at a great height over wonderful scenery. We spent a good while walking around there, soaking in the sense of enormity. And yes, trying to take photographs, that are these sad suggestions of what was interesting. The frame of the computer screen keeps that from being as encompassing and staggering as the reality was. But I would do what I could, particularly, stepping close enough to the edges of the bluff to make

bunny_hugger nervous but the photographs better. And, now that I'm safely far from the edges of anything, my toes feel this terrifying chill about what might have happened had I slipped. Well, it's all gorgeous stuff, and a good chance to learn what we can do with fields of depth in our cameras.

We took the precariously steep remainder of the scenic trail. We did stop at the Copper Harbor Overlook, which offered a fine view of the town of Copper Harbor. While waiting there we overheard another family that certainly sounded British roaming around the overlook themselves, and trying to rope their kid back after he got a little too excited. It was a gorgeous spot, though. And we could even see, from above, the Copper Harbor Lighthouse again.

Since we were nearby we decided to give another try at the Copper Harbor lighthouse letterbox. We have no luck, again, and I think this is the time when we lost

bunny_hugger's lens cap. We stopped in the city to get some snacks and to plan next actions.

One was to go to the Sand Hills Lighthouse. The lighthouse itself is now a bed-and-breakfast, and the sign outside warns that it's open for lighthouse-tourists only earlier in the day than we got there.

bunny_hugger ventured along the driveway and took some photographs. The Sand Hills Lighthouse has a stamp, too, but only by mailing in a request.

bunny_hugger did that and got the stamp back a week or two after our trip.

There's also, near the lighthouse, a letterbox. This was exciting to find because the spot for it was just, you know, the side of the highway. Not a busy highway, just your average puttering county road. And this time, the letterbox practically leapt into our hands.

The afternoon was wearing thin and we drove back towards Hancock. And we were passing by Calumet with better ideas where to find the graveyard with George Gipp. And the letterbox that contained. We found the site fine; what we didn't realize was its hours. The front gate was already closed. If we knew precisely where to go we might have dared drive in the exit and try to dash through the sites but this seemed foolish. So that letterbox remains, to us, a mystery.

For dinner we went back to Houghton, once more to The Library, where we got the other vegetarian entrees this time. And got to look through other books, some of them Readers Digest Condensed Books.

We went back to our rented house again --- somehow I was still having trouble realizing it was coming up on the road, and kept overshooting --- wondering if this might finally be the time we meet our hosts. We heard, in the distance, the sound of their TV going, but all the lights on the main floor of the house were off so probably it was just them in their bed. We went downstairs quietly and figured out plans for Sunday, our last full day in the area.

PS: My 2018 Mathematics A To Z: e, and as ever, the little things take the greatest pile of words to describe. 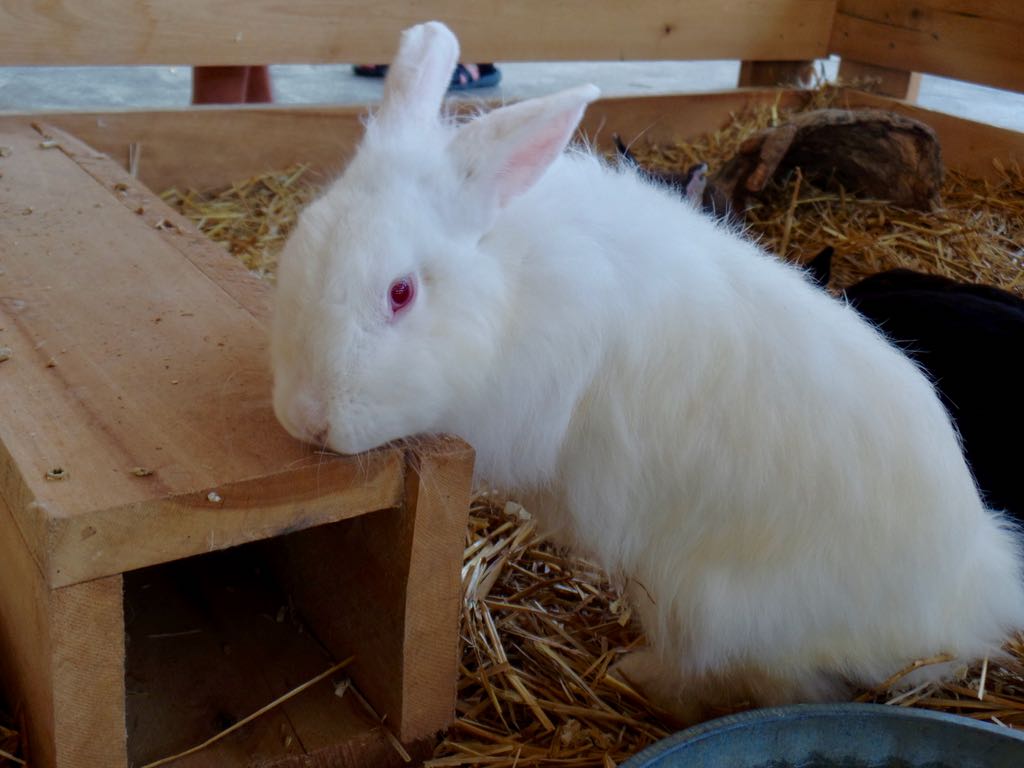 Suddenly a small cloud of afternoon to evening shower-rabbits chins the box so we know it's hers. 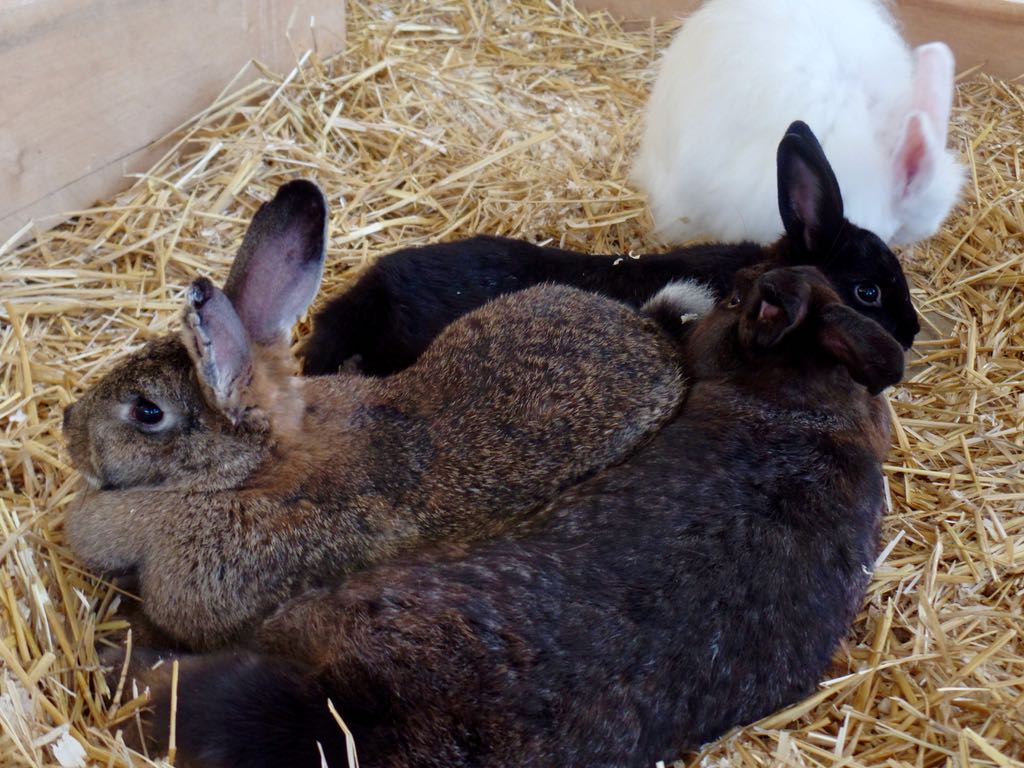 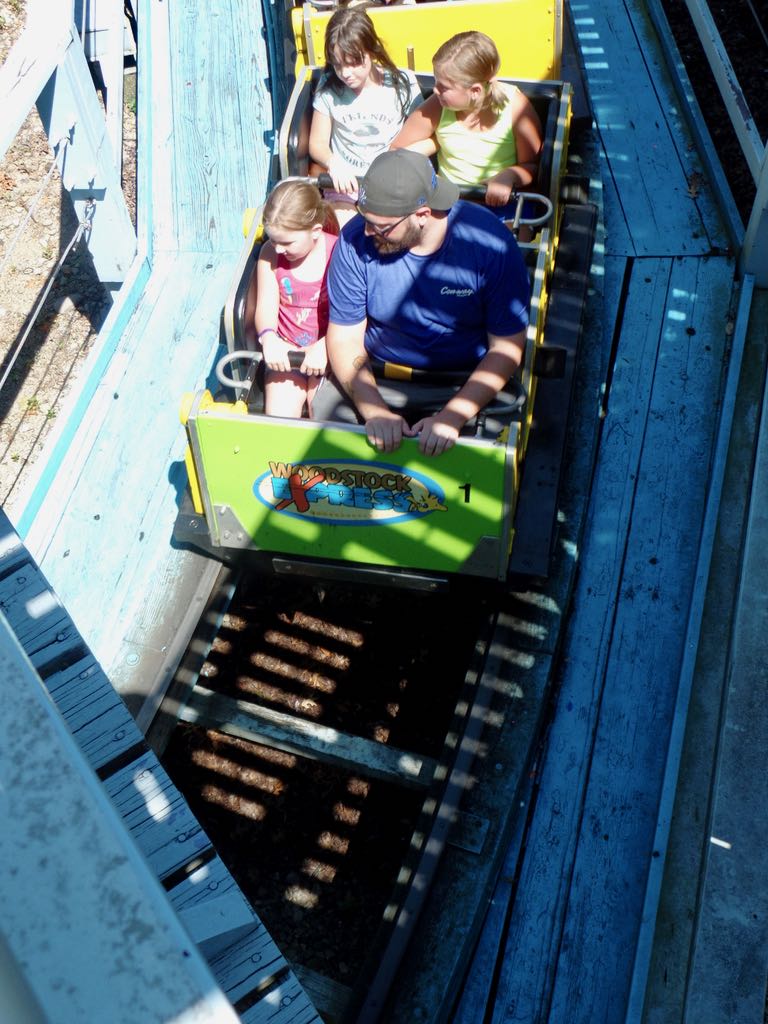 Woodstock Express, the junior wooden roller coaster that in previous eras in Kings Island history has been named the Fairy Odd Coaster, the Beastie, and the Scooby Doo. The queue rises up so you walk over the departure loop between the station and the lift hill.