If you don't have my humor blog on your Reading page, I'm not surprised, really. Nor if you haven't put it on your RSS reader, because you always have the chance to read my posts in this convenient weekly list: 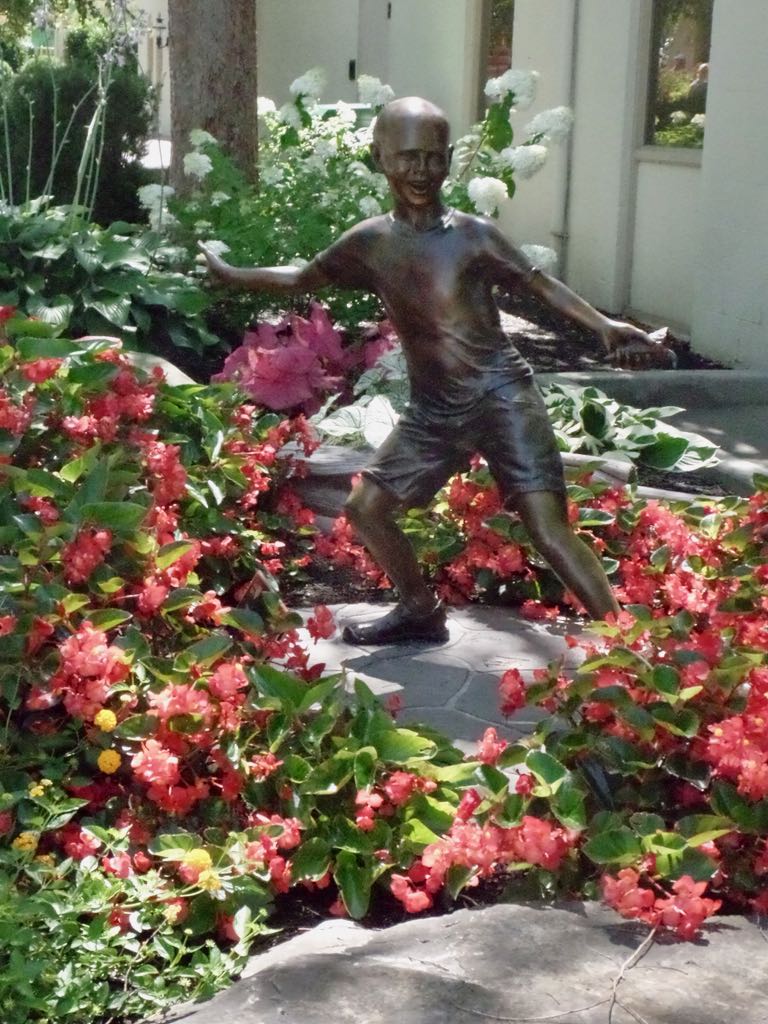 It's no Waldameer, but Kings Island has got a couple of nice statues around the gardens. Here's one commemorating the soon-to-be-retired venerable comic strip Henry! 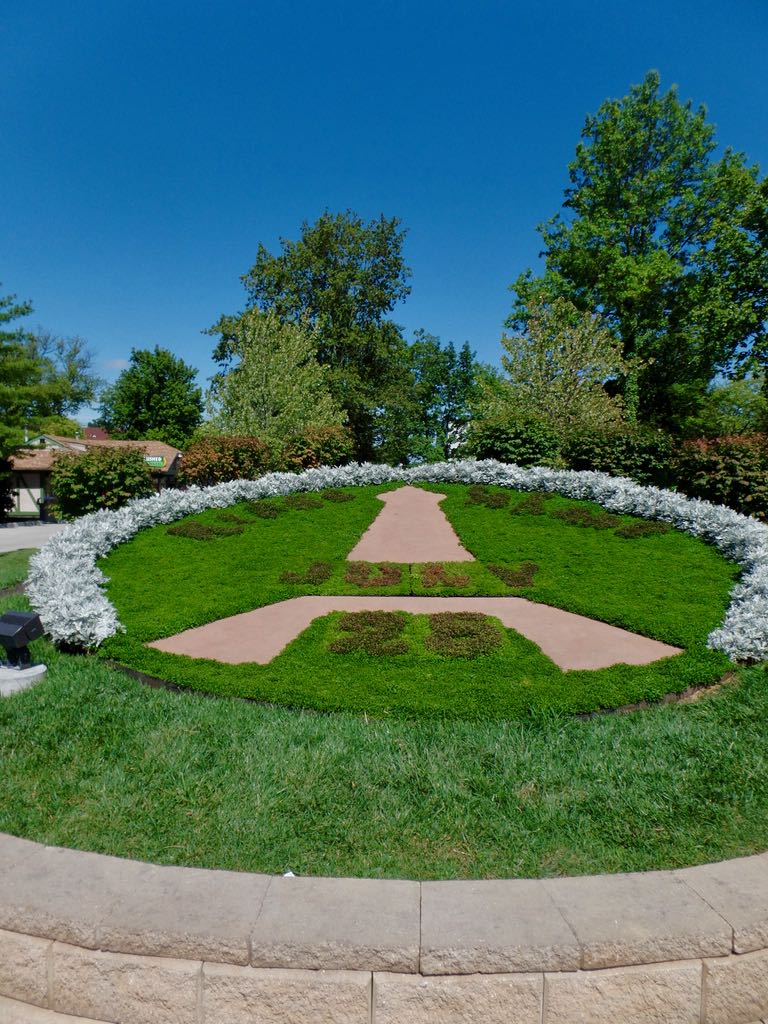 The floral calendar near Kings Island's Eiffel Tower. There's also a clock but I didn't have as good a picture of this. (If I'd gone up the tower --- MWS and

bunny_hugger didn't want to --- I'd have better photographs of both.) 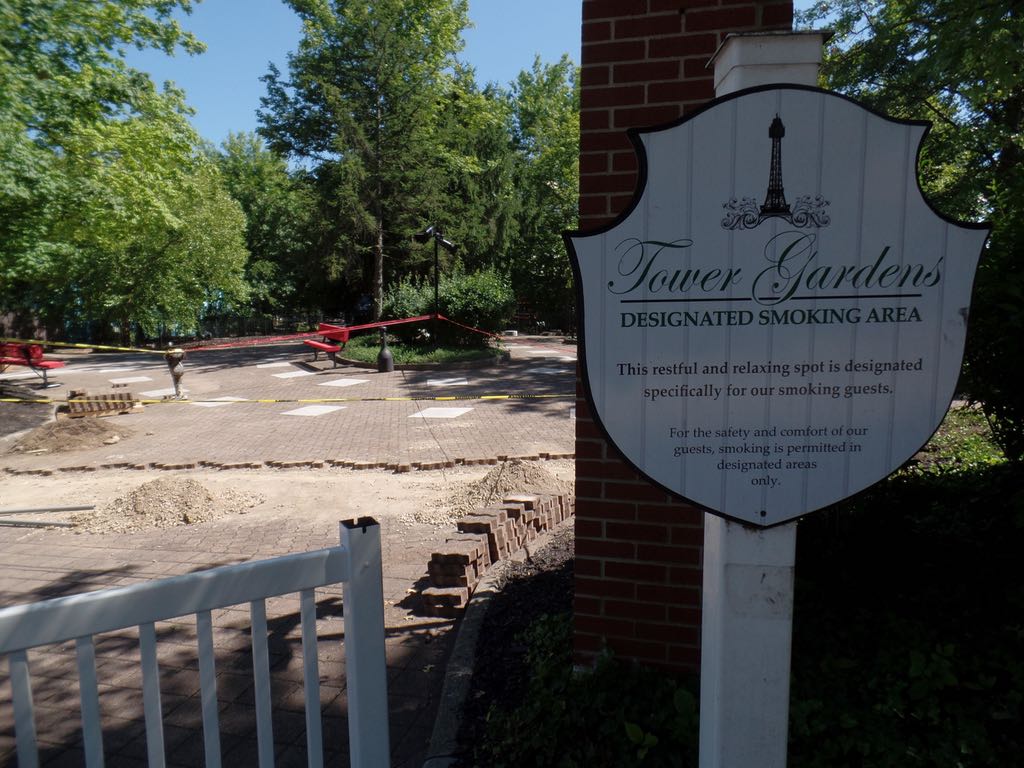 Something under way at Tower Gardens. The place had been,

bunny_hugger tells me, a lovely quiet spot with --- back in Paramount days --- a statue of the 80s-movies starship Enterprise. Cedar Fair didn't have a better idea than a smoking area for it. 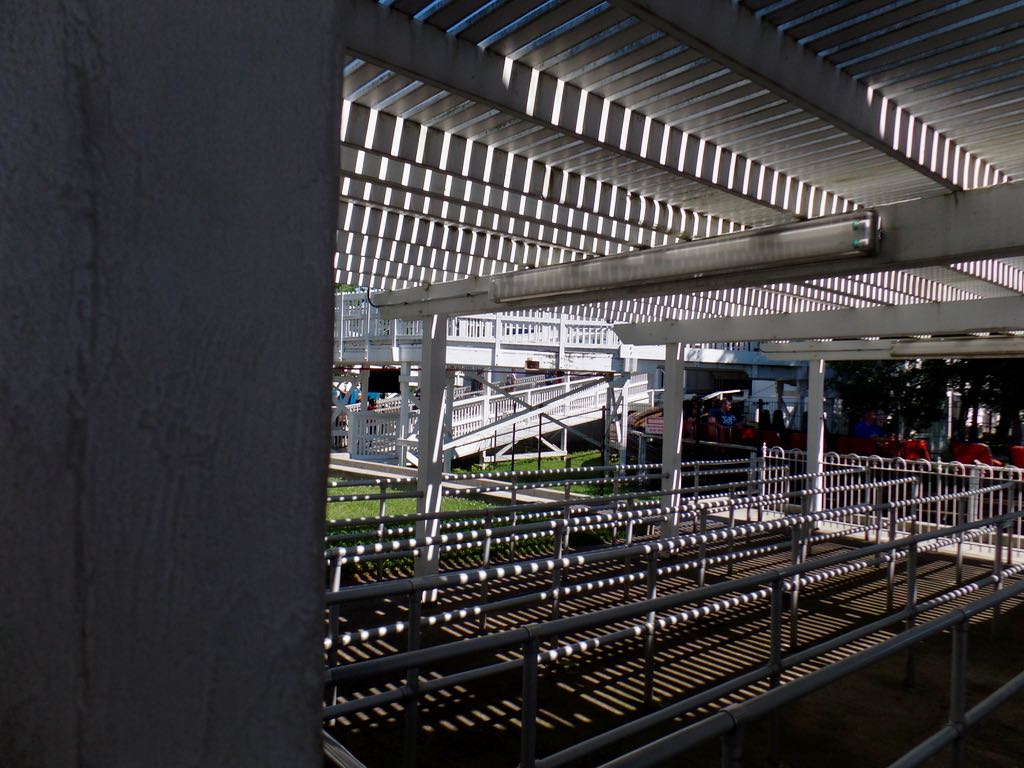 The queue for Kings Island's Racer, the wooden racing coaster, passes through this light-hypnosis zone. 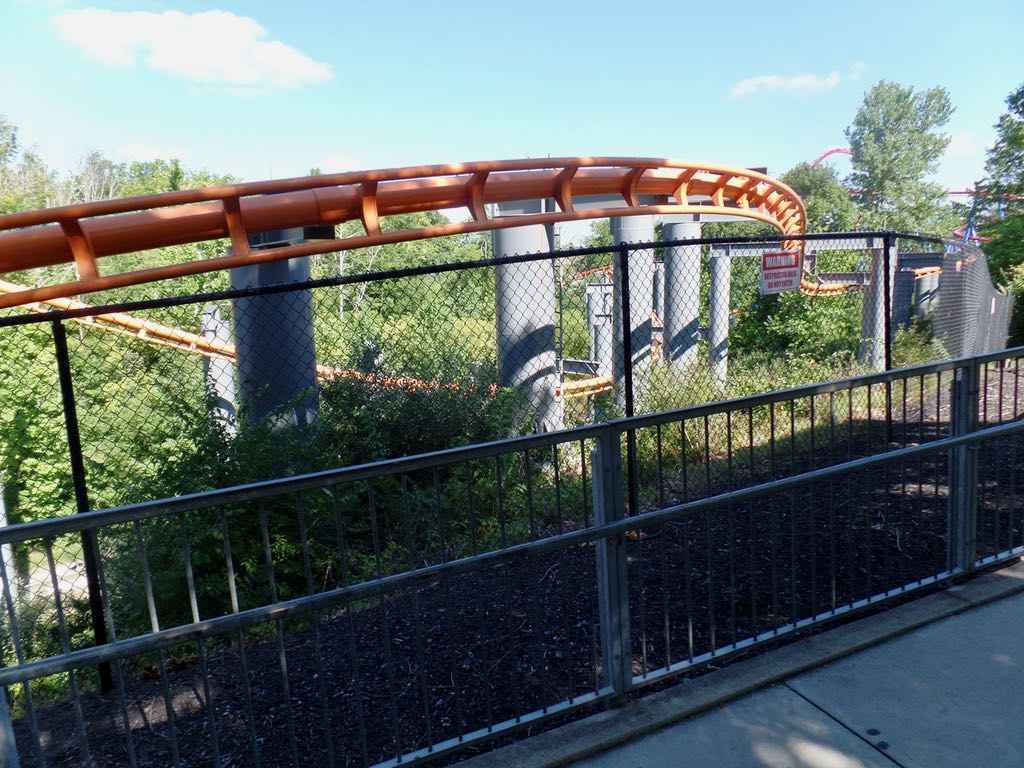 Part of the return leg of The Bat, the suspended-coaster that's somehow not quite long enough. 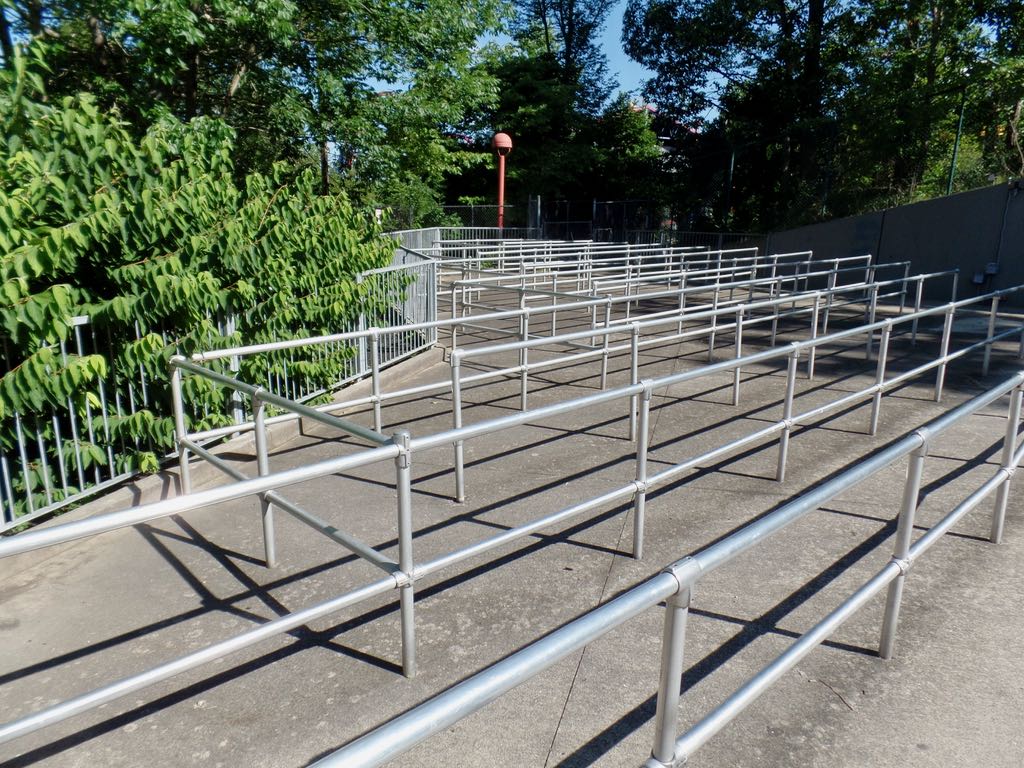 The Bat already has a queue that's about fourteen miles long, and then here's some extra switchback area that it's nearly impossible to imagine was ever needed, much less has been needed since The Bat was more than a couple years old. 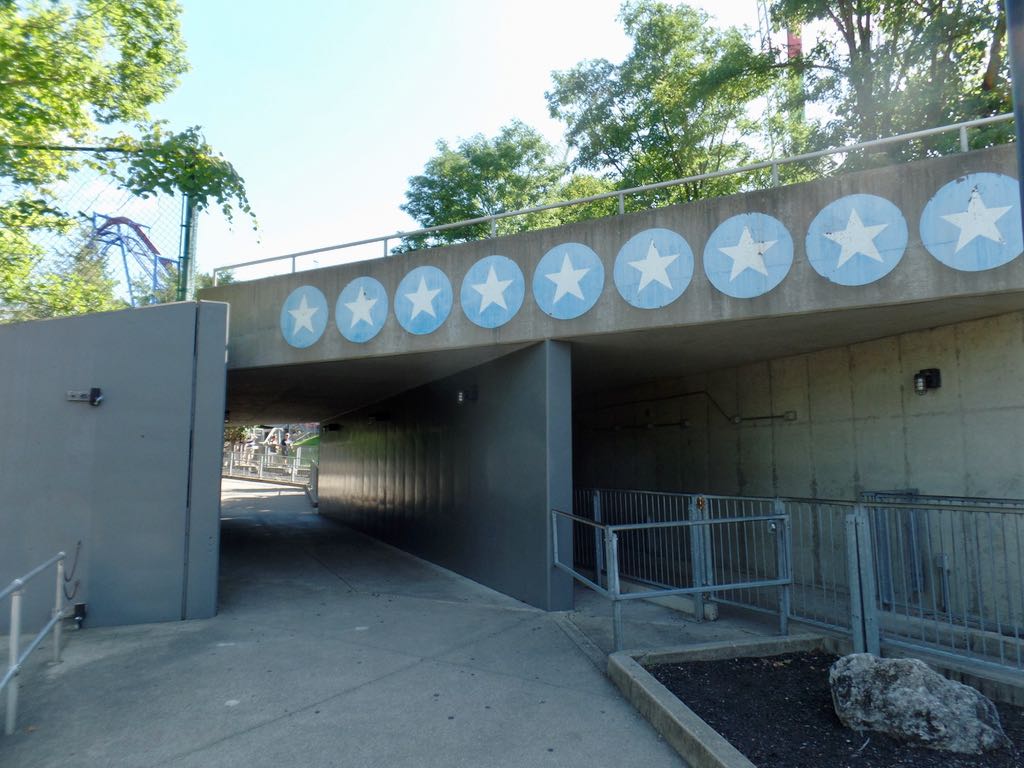 So when The Bat was built, Kings Island was owned by Paramount, and they themed the ride to Top Gun, and that's why this was put up around mile three of the entrance/exit path. And for why it's still there: ... what, you had something better to put up? 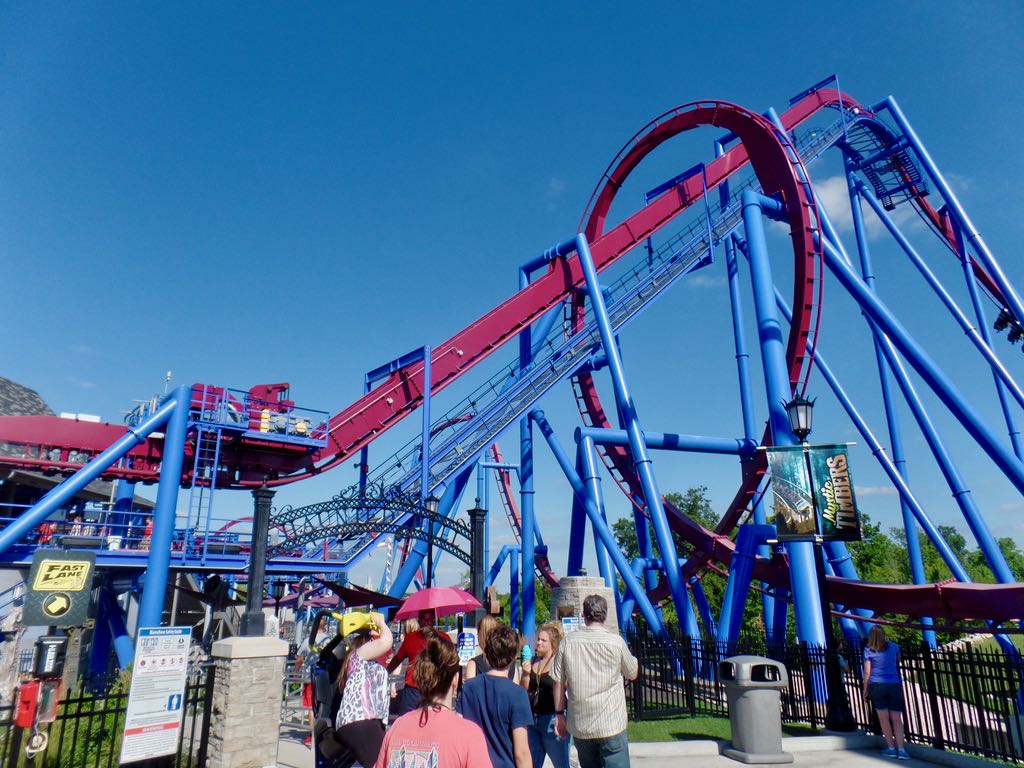 Station and lift hill for Banshee, including the returning loop that yes, goes around the lift hill. 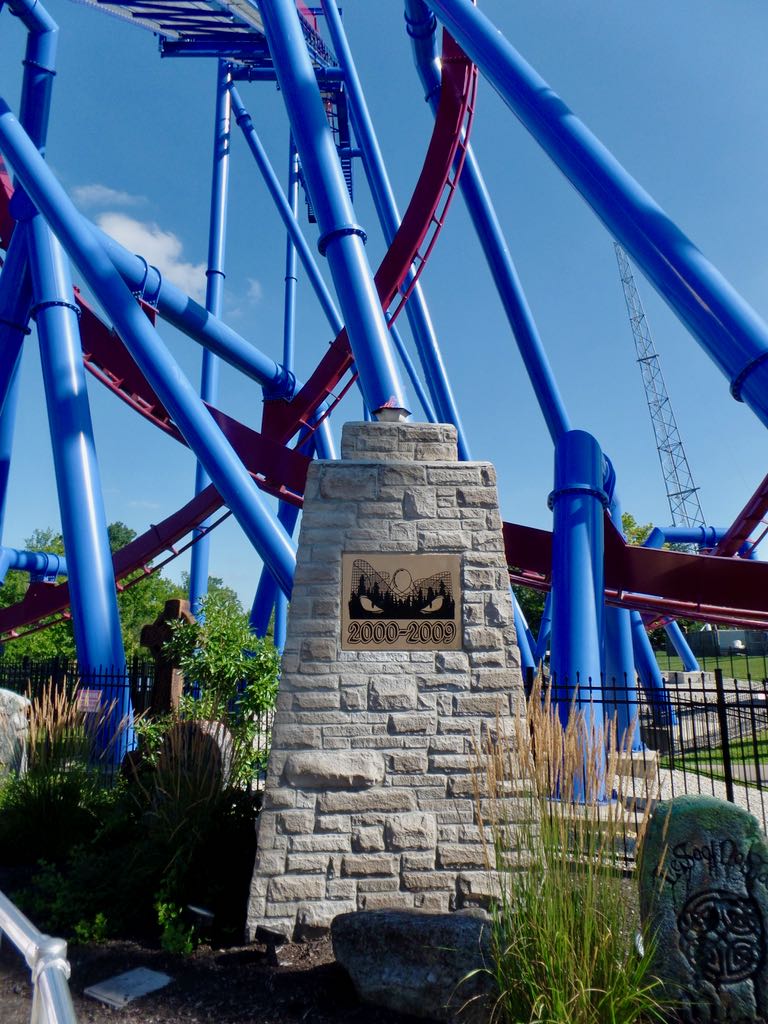 Memorial to the lost and sometimes-kind-of-fondly-ish-remembered Son of Beast roller coaster, torn down because it was (by reports) agonizingly painful to ride, the location of which Banshee would use. Yes, it was a wooden roller coaster that (for a while) had a loop in it. No, this turned out not to be a good idea.

Trivia: In 1978 Sears, Roebuck had about 430,200 employees, the fourth-largest employer among United States businesses. K Mart had 206,000, the ninth-largest. Source: The Grand Emporiums: The Illustrated History of America's Great Department Stores, Robert Hendrickson.