We did good for the life that we tasted, 'cause we're Gasoline Alley-bred

Another busy week on my mathematics blog! Not quite as busy as last week, but still, I did have seven things posted from last Sunday to this. Which things? These things:

And in the comics, I'm sure you wanted to know: What's Going On In Gasoline Alley? Why Is 'Peggy Lee' In It? July - October 2018 story recap.

Now some more sights of wonder and amazement at Kings Island. 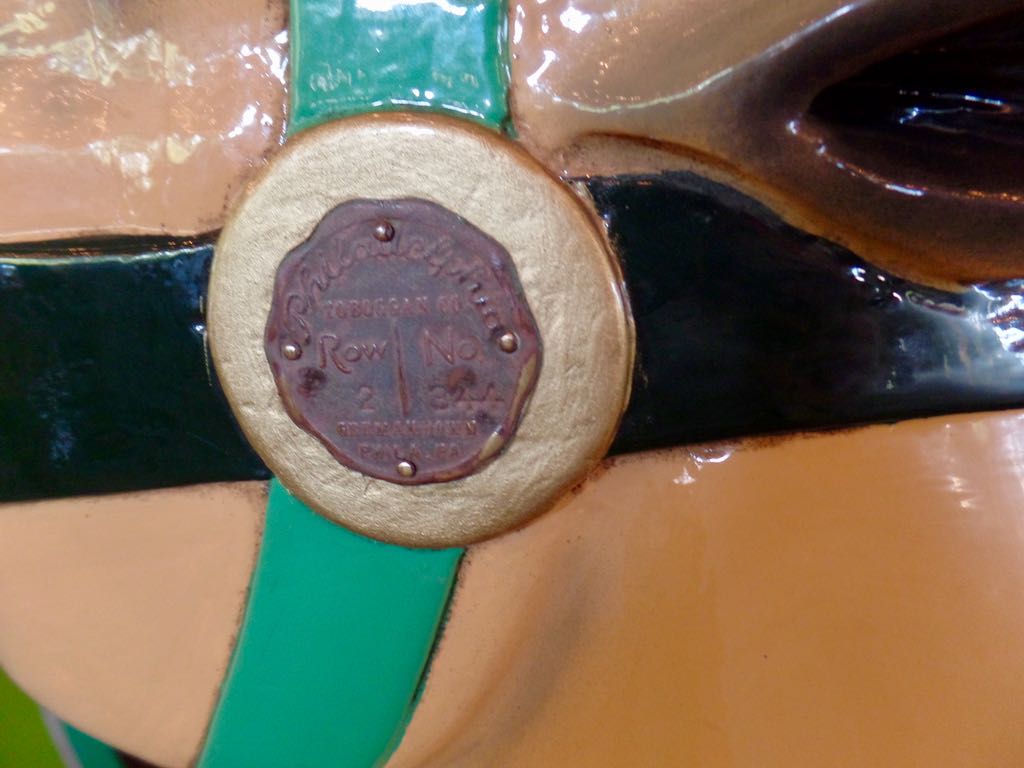 A detail we noticed on the Kings Island carousel horses that we had not noticed on other rides: the harnesses had these stamps with Philadelphia Toboggan Company identifiers. This horse is listed as Row 2, Number 344. 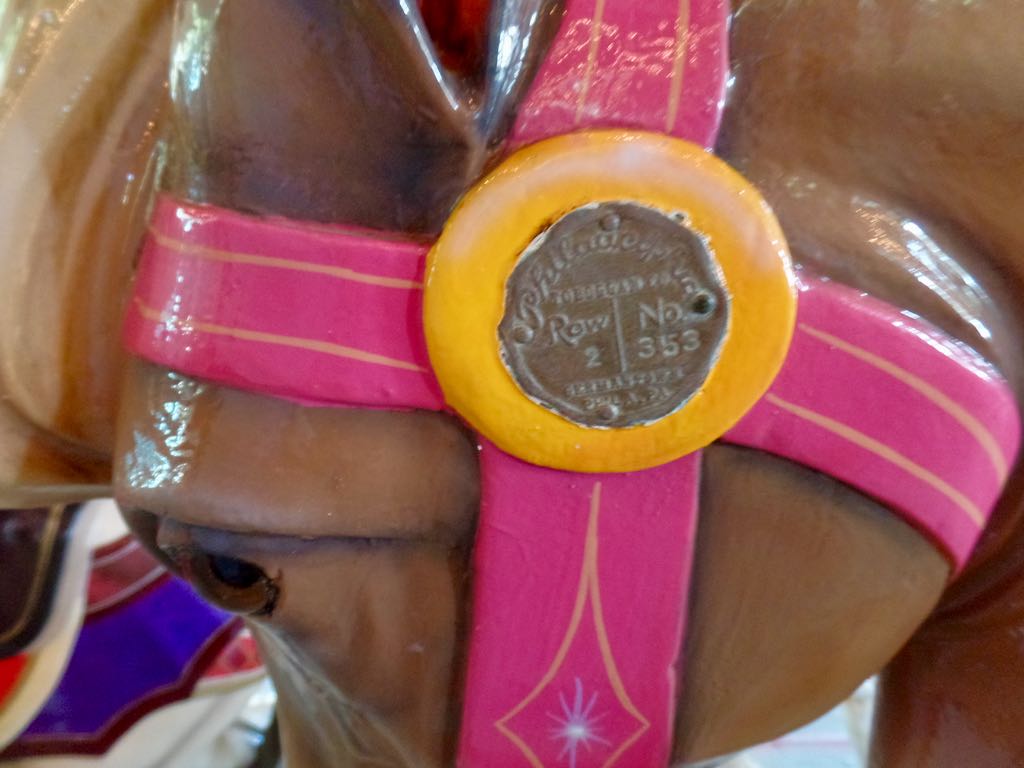 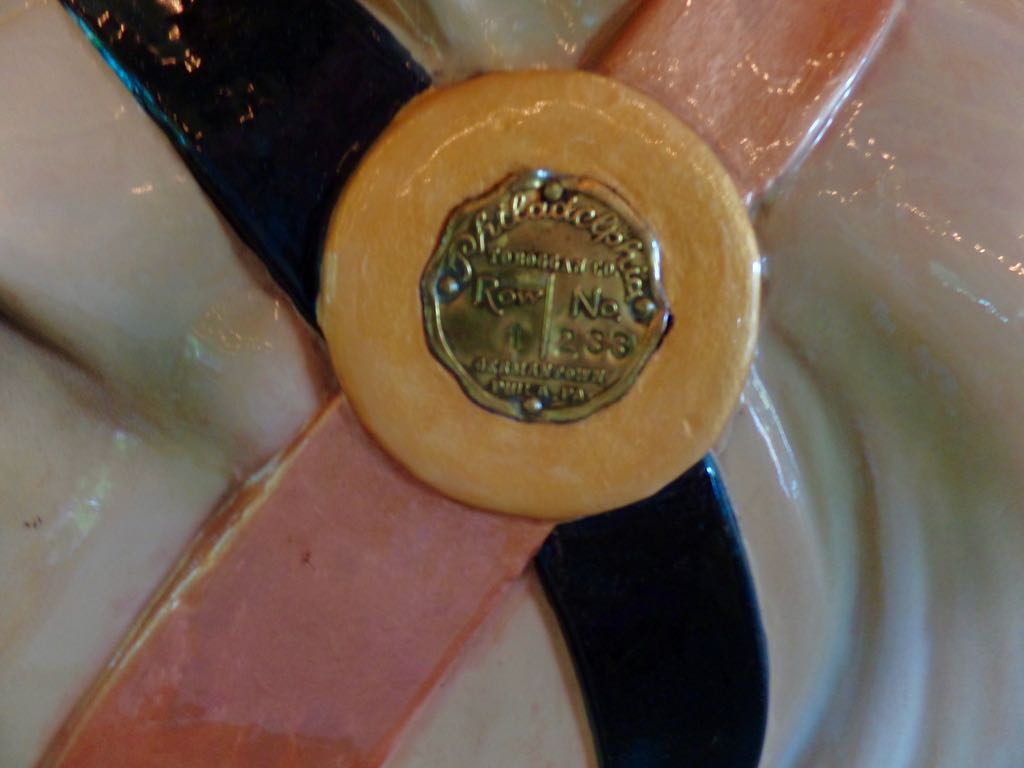 Kings Island carousel horse for Row 1, Number 233. From this we learned the 'Rows' are the rings of the horses, with this the outermost one, Row 2 the horses the next-row-in, and so on. 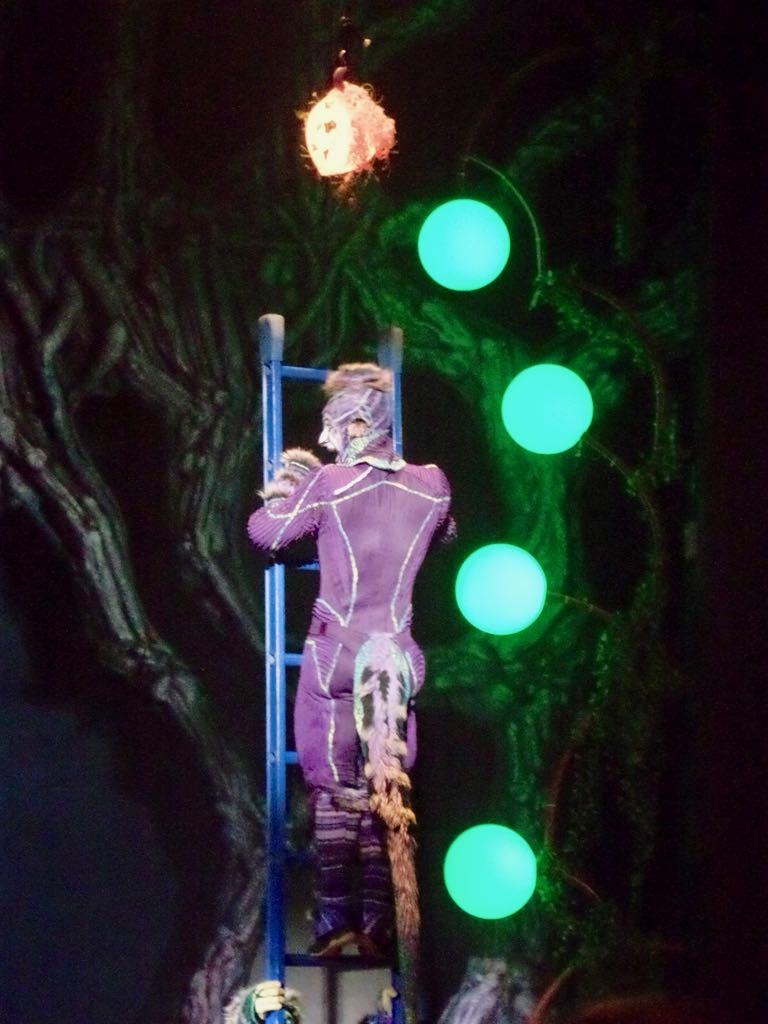 From the show! We went to a theater performance that had some title about animals and evolution and such. Among the comic relief were these folks dresed in not-sure-but-kind-of-evoking-monkeys garb; here, one tries to get the glowy fruit(?) on an impossibly precarious ladder. 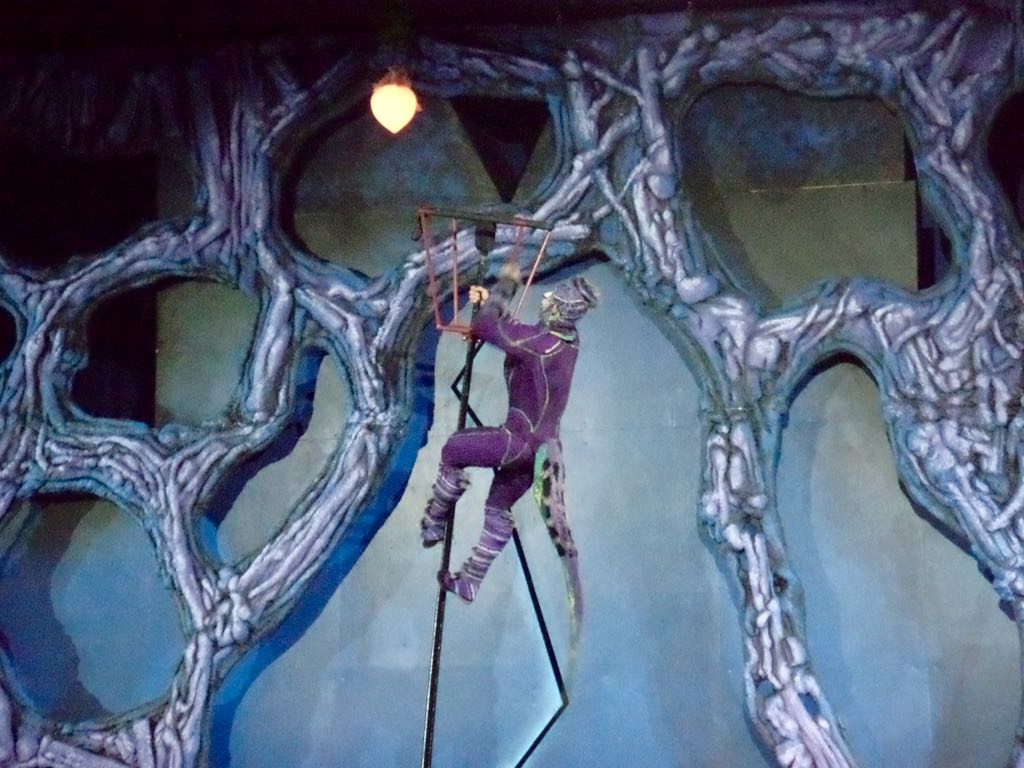 And now he tries to get the glowy fruit while climbing a way-too-narrow pole that swings wildly. It's a great acrobatic performance, is what I'm getting at. 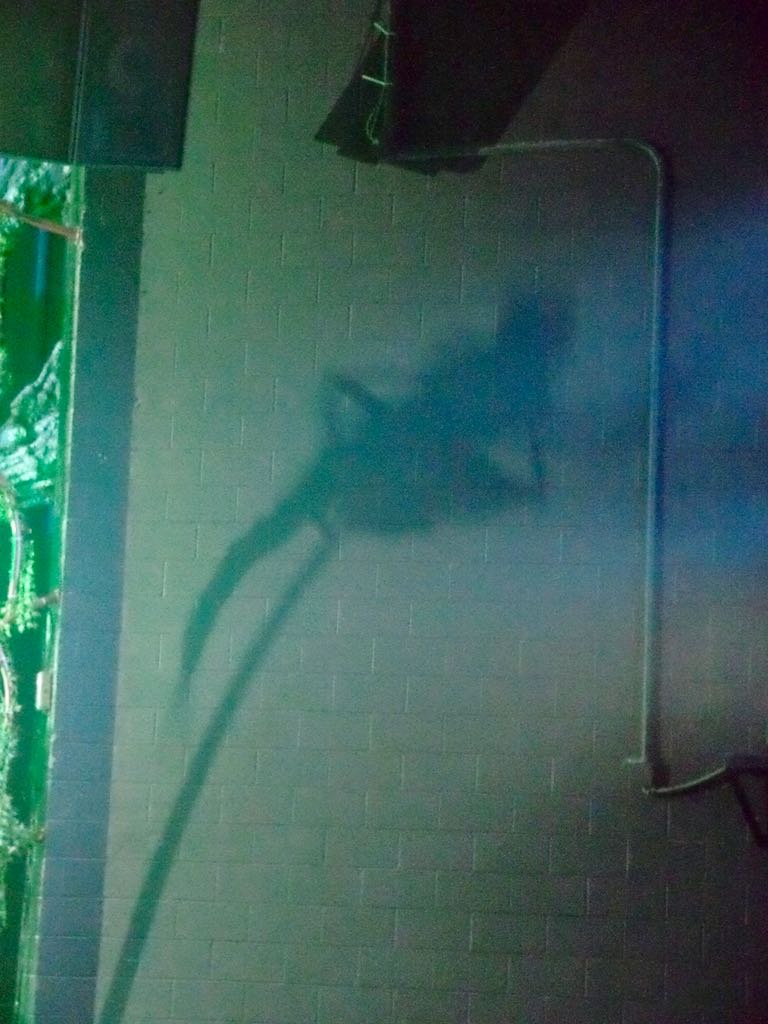 Me getting arty: what that monkey(?) in a basket looks like, in shadow. 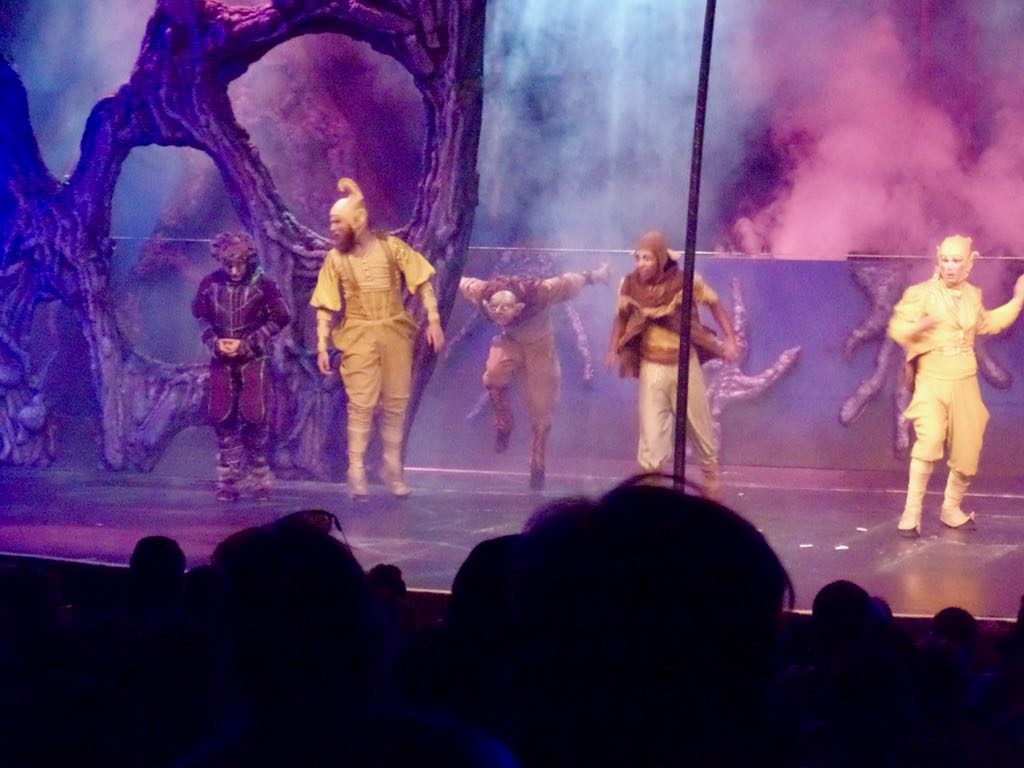 Costumed performers for the main show, which had a lot of impressive dancing and acrobatics and a storyline that I don't remember well enough to summarize. 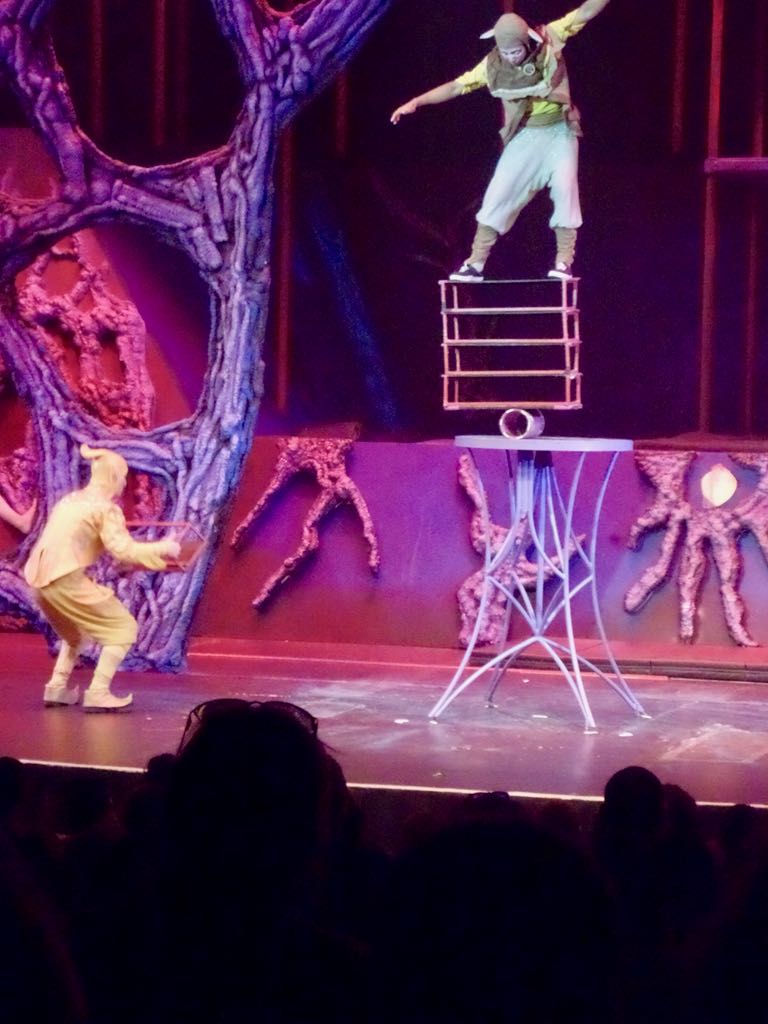 But you can see how this show would be exciting and leave you worried someone's going to get themselves killed. Yeah, the fellow with donkey(?) ears was shifting his weight back and forth on this shelf, atop a roller, on top of a frightfully narrow table. Mm. 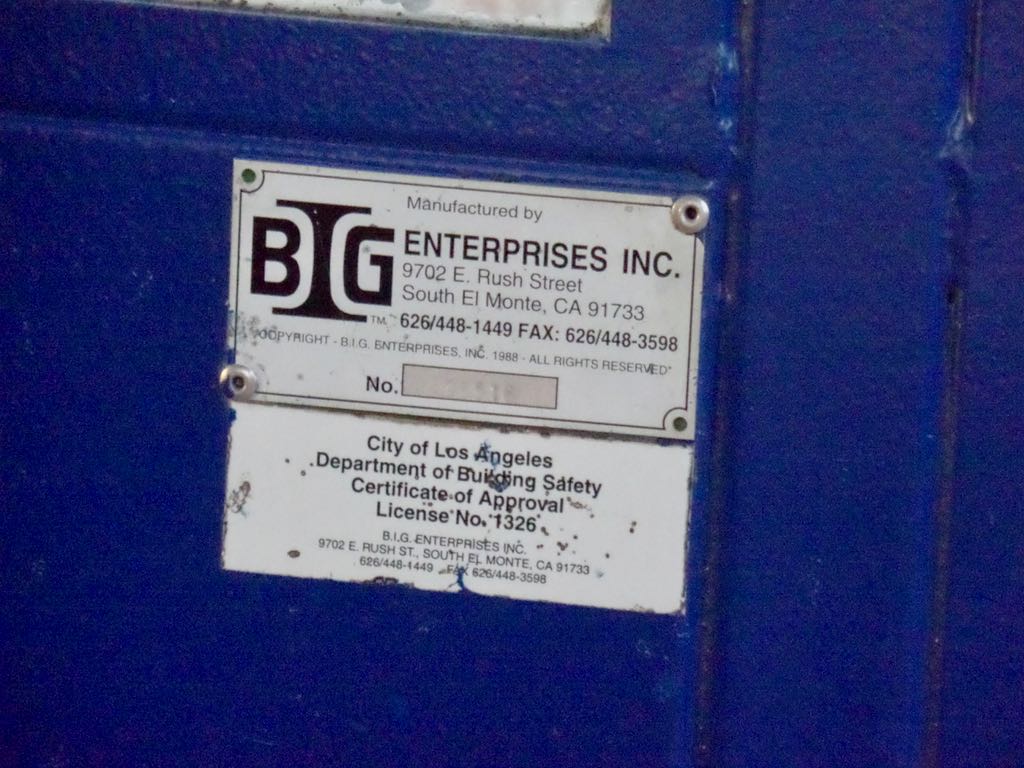 Back to less wild things. Manufacturer's plate, here, for the Invertigo roller coaster, showing off among other things how Los Angeles still inspects rides with the organizational structure it did in the 1977 Sensurround movie Rollercoaster.

Trivia: The British calendar reform project got its start with a paper presented the 10th of May, 1750, to the Royal Society, Remarks upon the Solar and the Lunar Years, the Cycle of 19 years, commonly called The Golden Number, the Epact And a Method of Finding the Time of Easter, as it is now observed in most Parts of Europe. The presenter, one George Parker, started the talk with a discussion of how the Julian Year had drifted from astronomical truth. Source: The Calendar: The 5000-Year Struggle to Align the Clock with the Heavens --- And What Happened to the Missing Ten Days, David Ewing Duncan.