Such a supple wrist

This week my humor blog had so flipping much about the comic strip Henry in it. If you want to read it anyway, I would be glad to have you try. Thanks.

I have fewer pictures of the second day of Pinburgh 2017. But it was a more momentous day. Here's some highlights. 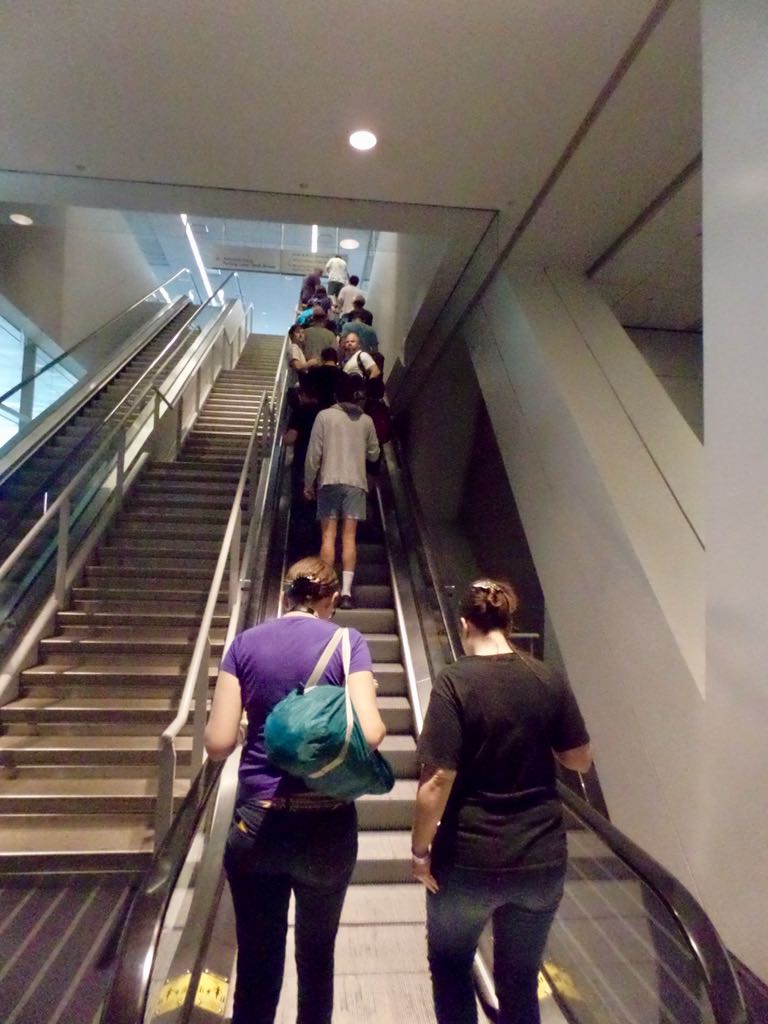 Gathering! Pinball players ascending to the second day of Pinburgh 2017 at ReplayFX. There were people not yet exhausted enough to stop walking up the stairs, but that would change. 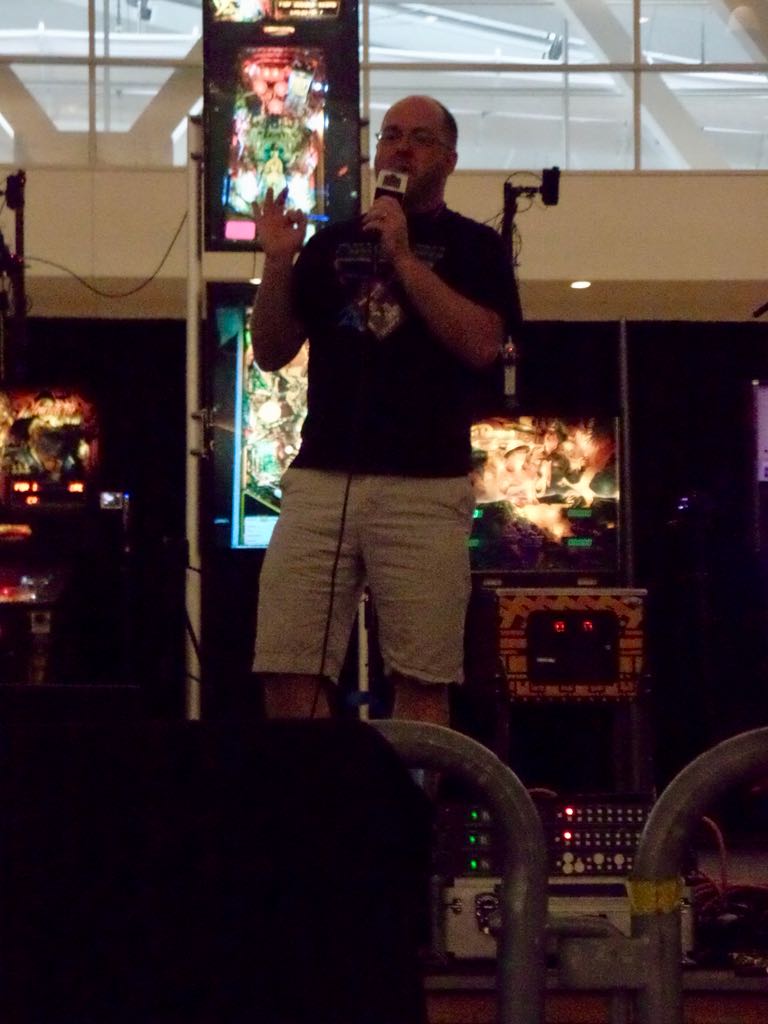 Fresh instructions! We had a slightly better spot the second day to hear the inspirational exhortation: ``[ something ] ''. This was the day for division play, with me and

bunny_hugger down amongst the D Division. 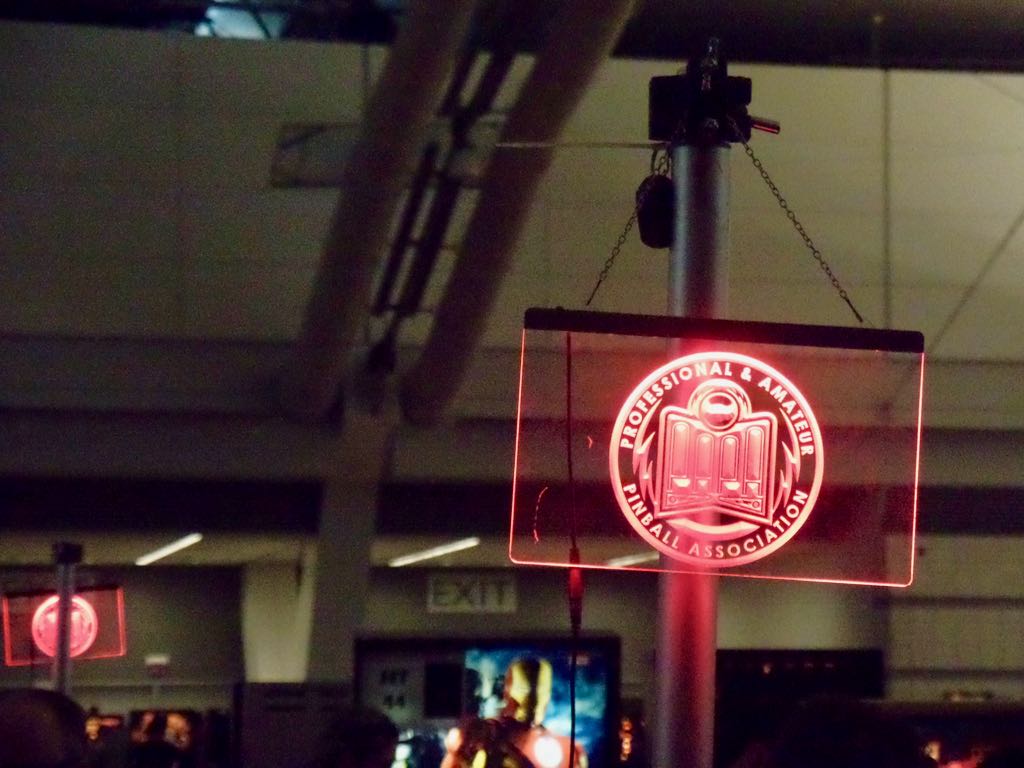 Danger signs! Lighting these were ways to draw the attention of techs or tournament officials, in case something needed repair or a ruling. 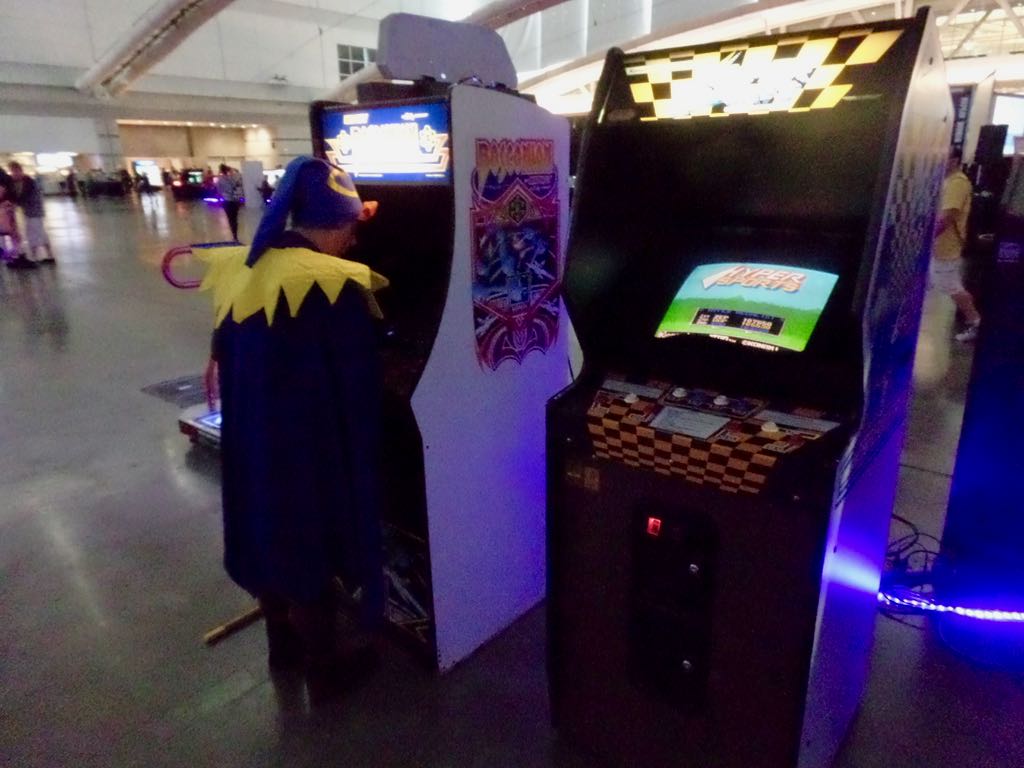 Cosplayer taking a break to play some video game among the free-play area. 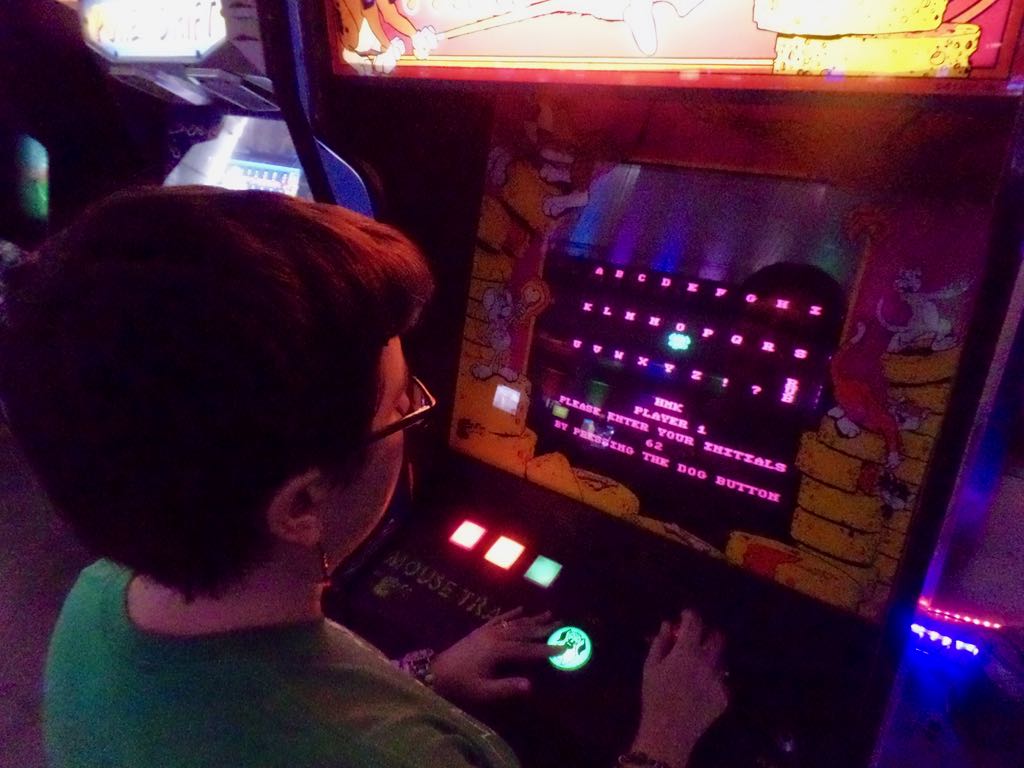 bunny_hugger racking up a high score on Mouse Trap. I couldn't play it worth anything myself. 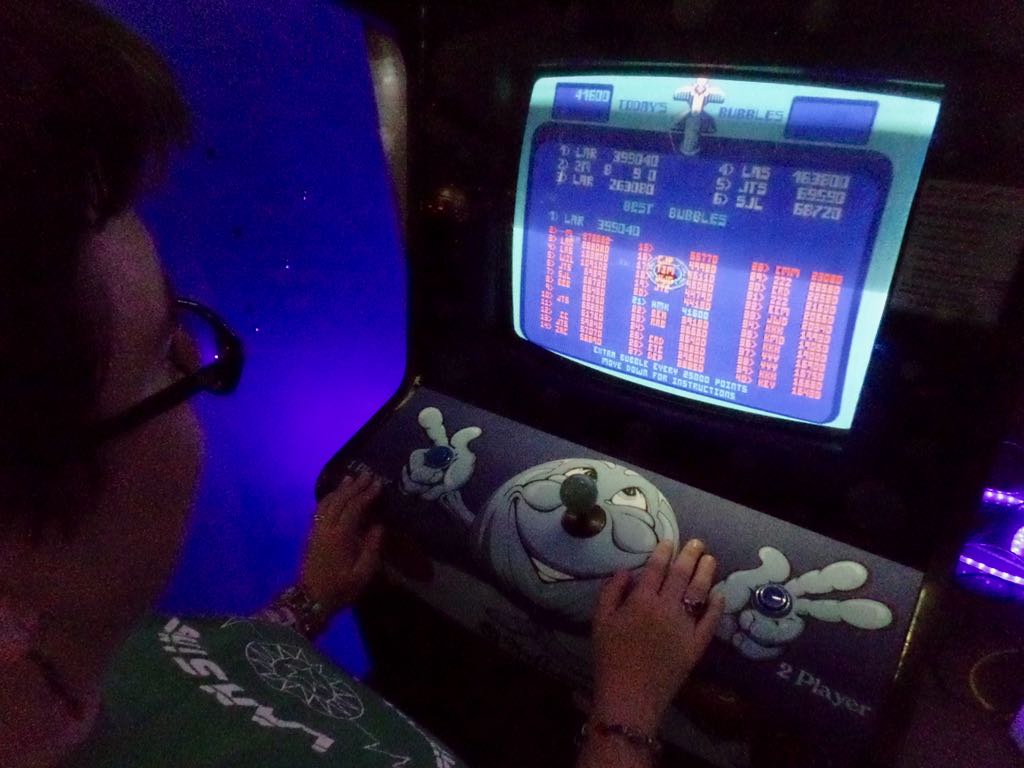 bunny_hugger racking up a high score on Bubbles. I couldn't play it worth anything myself. 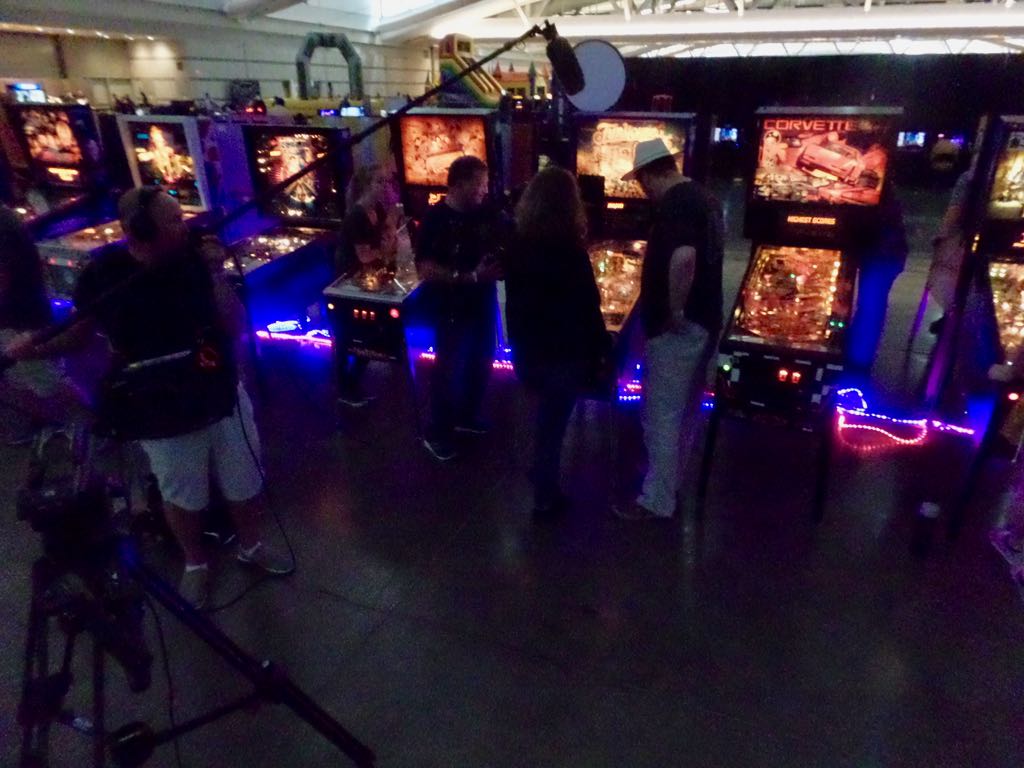 Don't know who these people filming were or what they were filming for, but FunHouse is a great game to convince people that pinball is fun and accessible. 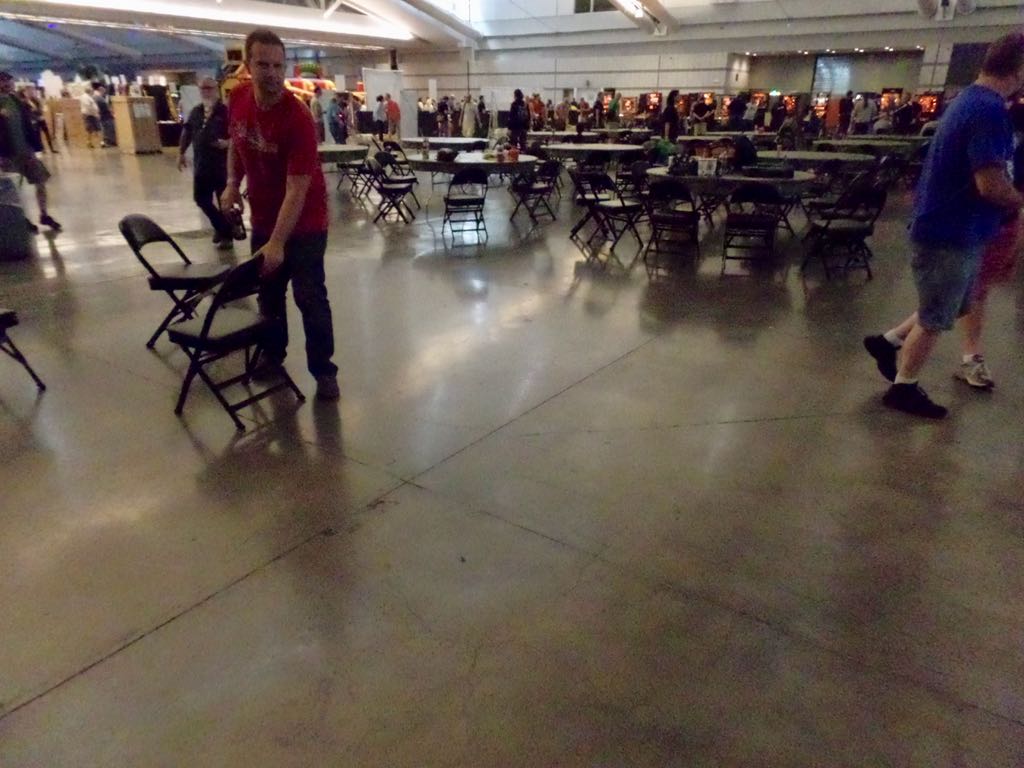 ``Hey! Where'd everybody go?'' ``They've gone to Jason's Furniture, Route 35 in Neptune City, where everybody goes!'' 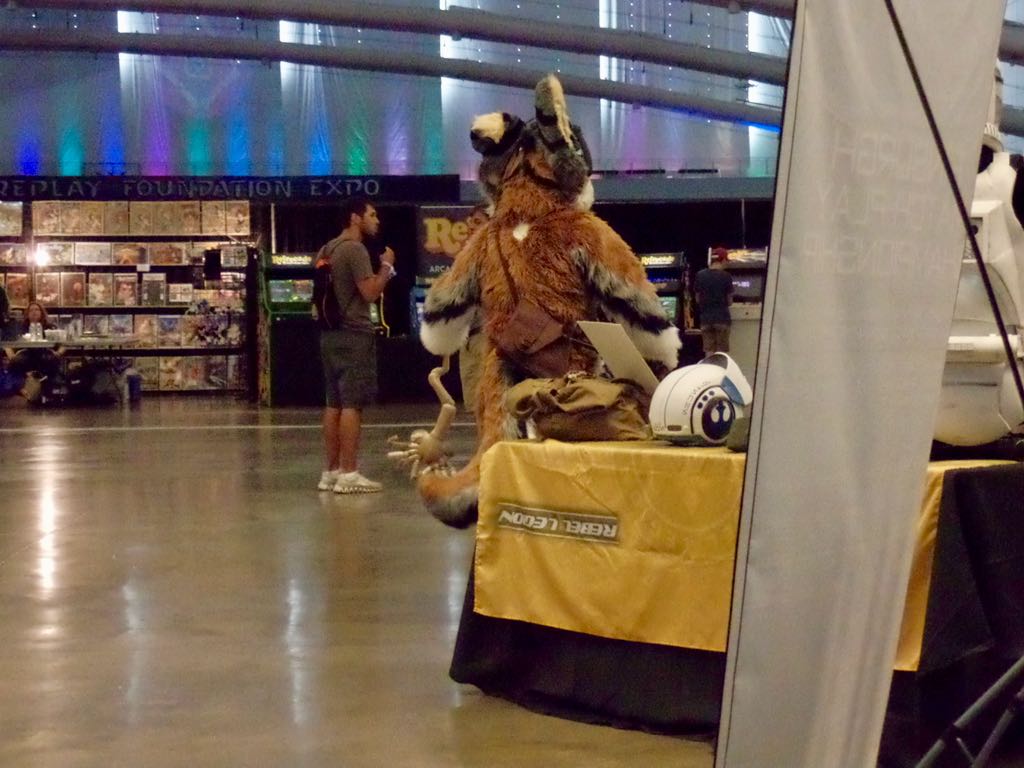 Furry hanging around even though it's like three weeks after Anthrocon wrapped up.

Trivia: The Vanguard TV-2 test vehicle, though complete in external form, had (by design) only one working engine, the first stage. The second and third stages were inert dummies. The test article was still regarded as ``incompletely developed'' when it was accepted at Cape Canaveral. Source: Project Vanguard: The NASA History, Constance McLaughlin Green, Milton Lomask. NASA SP-4202.

PS: Reading the Comics, October 25, 2018: How To Save Your Tangled Earbuds Edition, or how knot theory will make your life better!