Dashing through the streets

We were always going to go to Cedar Point for a weekend visit sometime during October. The lone question was when. I suggested we go closing weekend, the last weekend before Halloween. I thought I had good reasons. There's the neat scene of the park closing up for the winter, for one. It's the closest to Halloween we can get. The weekend before

bunny_hugger would be working on Fear and Trembling preparation. The weekend before that would be Columbus Day, which we've learned is an impossibly busy weekend. Before that and you're barely into fall. So it seemed like closing weekend was a good choice.

The first evidence that we picked wrong was how we got invited to a Halloween party for the Saturday we'd be away.

bunny_hugger used to get invited to Halloween parties, before I started weighing her down, but it's been years. We'd have definitely gone, though; the host is one of our pinball friends we don't see enough. The second evidence that we picked wrong was that the Special When Lit tournament date got set for the Sunday we'd be away. This is our major westside-of-Michigan points mine.

bunny_hugger could really have used the points from a strong finish --- or an appearance at all --- at this tournament and now that just adds some more pressure to the November and December Special When Lit events. She has less fun when she's playing under pressure, and then I have less fun during the long drive home.

Still, it's a weekend at Cedar Point and that can't be bad at all. So we got up bright and nearly on time and then while

bunny_hugger was in the traction machine that helps her neck, her back unleashed on her a spasm of agony and pain as if it were seeking revenge for a lifetime of insults. Bad enough she needed me to help her up and out of traction. Worse, she remembered that we hadn't held the mail, so we had to hurriedly put a hold on it. And worry about the Friday mail, which would sit in our mailbox --- always leak-ready --- until Sunday, when we were expecting rain. We got rain, although it didn't destroy the mail as we expected. Also, mysteriously, we got a card in the mail on Monday even though the mail was still officially held then. Mail holds have to be at least three days long. And we did get a bundle of mail, with the hold notice, on Tuesday. We can think of explanations for this, but they're all weird nevertheless.

All right. So we were on the road to

bunny_hugger's parents, to drop off our rabbit Sunshine, late. We were off at all, though, and going to Cedar Point. And it might be a cold weekend, but we were dressed for that. And it might rain. The forecast was, indeed, that it would rain a lot. And it did rain a lot. But at least

bunny_hugger had her water-resistant shoes and I ... left my boots at home. Something we realized well past when it was too late to go back. She suggested I might buy new boots. Possible, if we stopped somewhere that had non-leather boots big enough for my feet. Or what about getting galoshes somewhere? ``Where would we get galoshes,'' I asked, ``1955?'' The answer turned out to be her parents' closet, where her father had nice big clunky rubber overshoes he had forgotten about and that were buried under enough dust that you could mistake them for being tan. They fit over my own huge canvas shoes fine. And between those and the heavy-duty socks my feet stayed warm and, even more amazingly, dry. We returned them in good order, washed clean enough to shine.

So after a hearty and big lunch we were off. Late, yes; we'd probably not get to take advantage of the early admission to the park which staying at the hotel and being season pass holders would give us. But we were on our way and ready and

bunny_hugger lost her scarf somewhere. I tried to argue that she would have had to have left it at her parents', but I admitted I did not specifically remember seeing it on their coat rack. The time we had saved by

bunny_hugger thinking to ask her father about shoe coverings we would lose to finding some neck covering.

So it is an overstatement to say the trip was cursed. But it did start out feeling pretty snakebitten.

Trivia: The 1889 platinum-iridium meter rod, used for the definition of the metric system length, was 102 centimeters long, deliberately. The meter was the distance between two notches cut in it. Its error margin was one twelve-thousandth of an inch. Source: Measuring America: How the United States was Shaped by the Greatest Land Sale in History, Andro Linklater.

Currently Reading: Popeye, Volume 1. Editors Justin Eisinger, Alonzo Simon. IDW-published collection of the recent comic book that I somehow never got around to reading before.

PS: My 2018 Mathematics A To Z: Limit, one of the big concepts and one I did entirely without formulas! Trust me, this is an accomplishment.

PPS: Pinburgh, Day Two, and round three. There's a reason I can pin this down so precisely. It's such a cool reason, too. 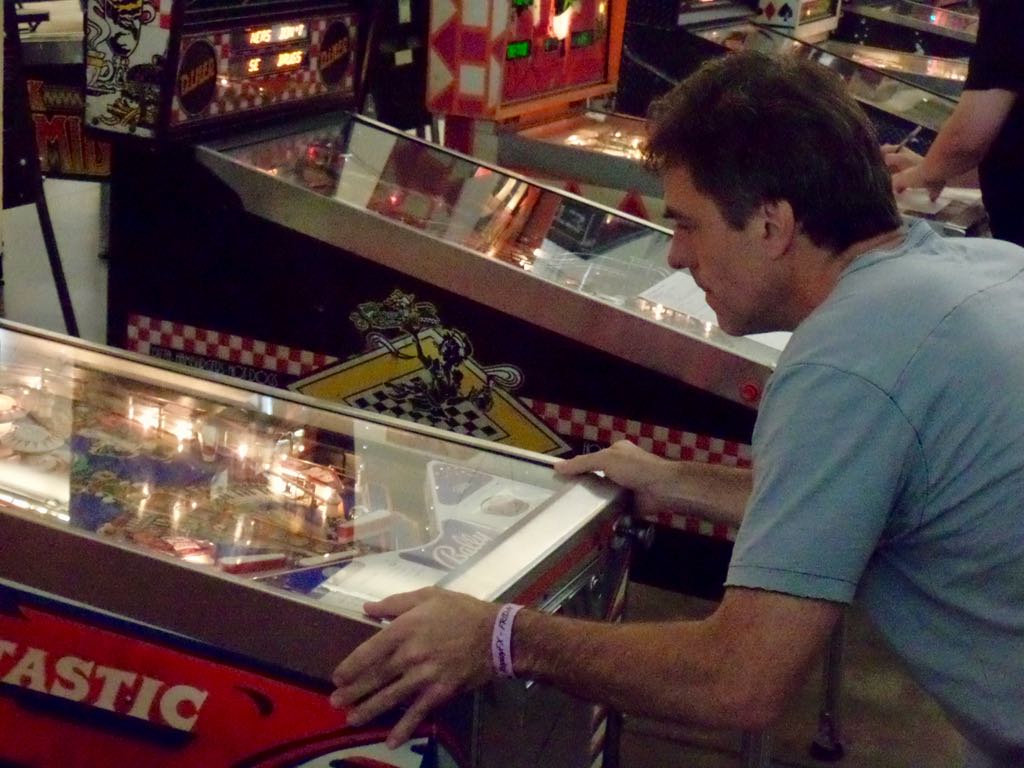 Lyman F Sheats, one of the great pinball programmers, on a Captain Fantastic. He and other A-Division players (one of whom I knew) were playing on the same bank of tables I was, second day, third round, although in a different and much higher-level group. 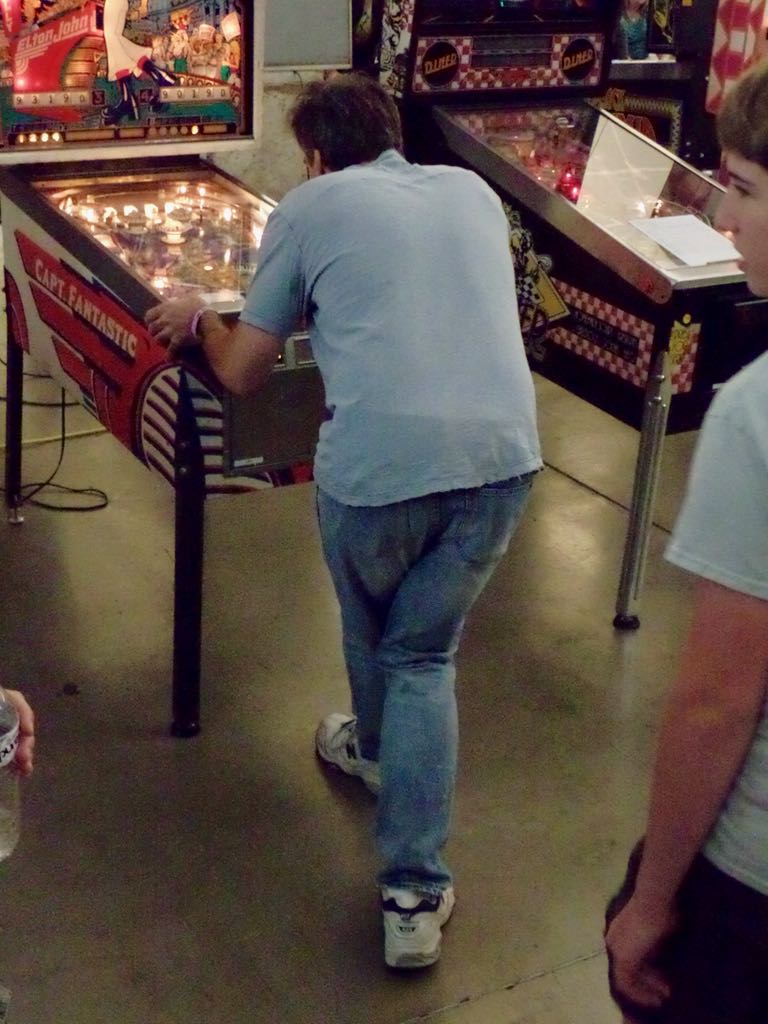 LFS --- you'll see his initials as the defaults on high score tables, for new or newly-reset games --- showing off some stylish pinball stance. 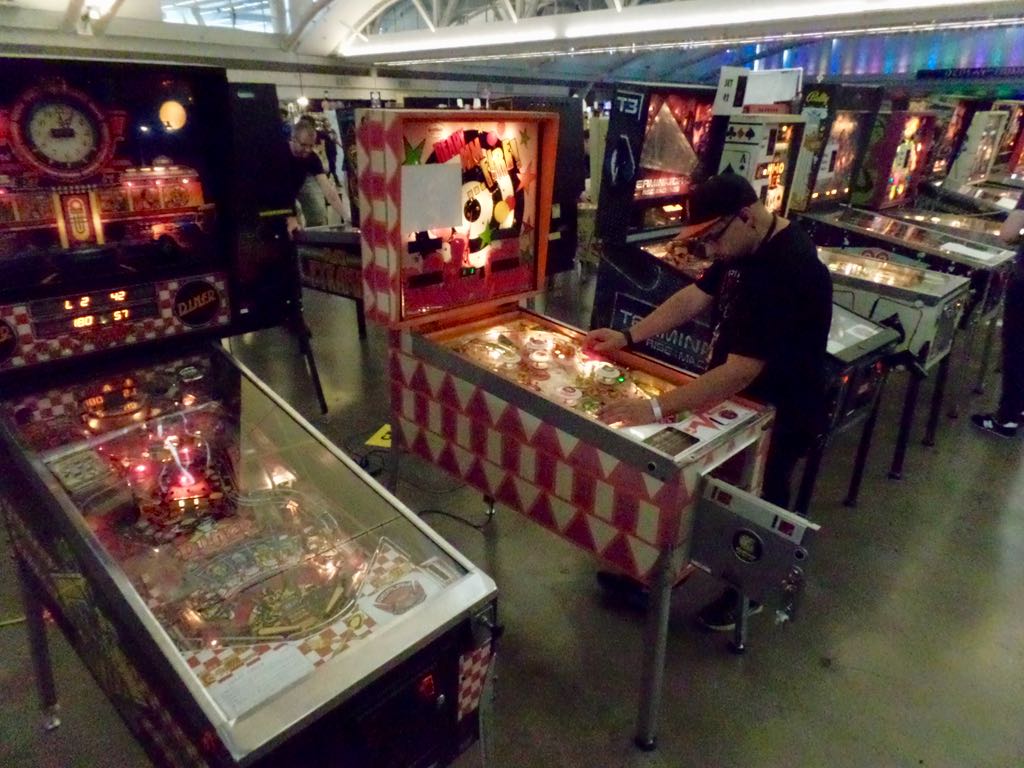 Emergency repairs under way on the early-solid-state game Ready Aim Fire!. Lyman Sheats's group had to go to a backup game rather than play it. The technician had the whole length of my quartet's game of Diner to get it working.