I'm going to include another photo dump here; I just don't think I have the time to write up much of Saturday at Halloweekends right now. So here, instead, please enjoy discovering what would wait for us in Pinburgh 2017 finals. 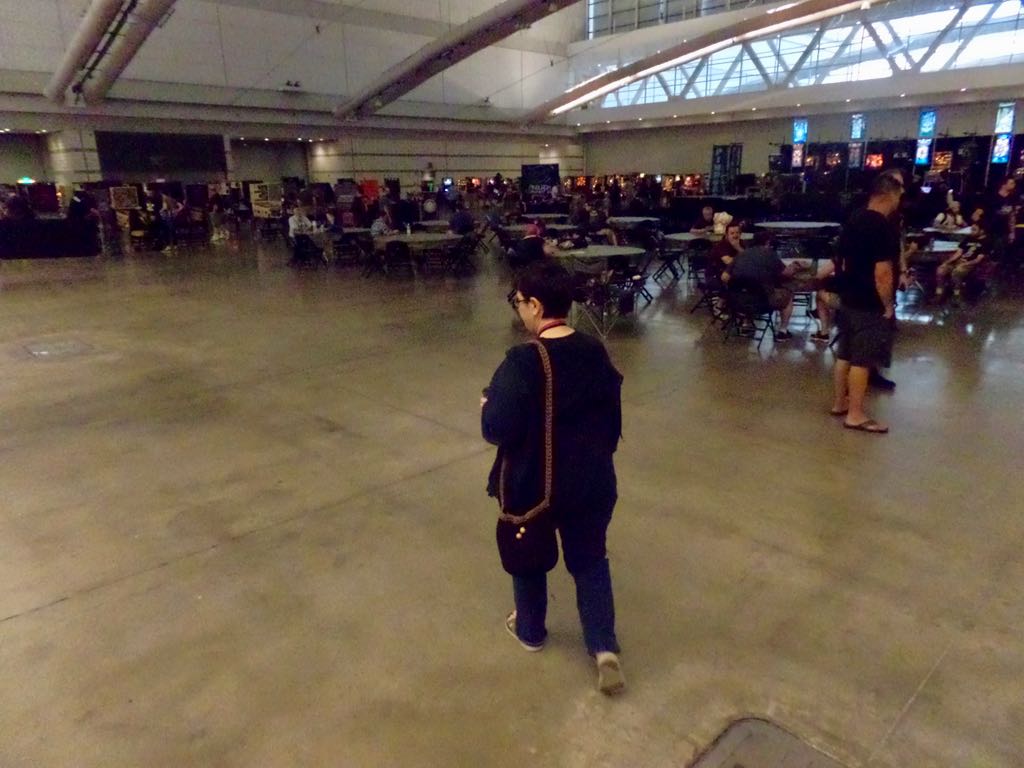 bunny_hugger in that odd little hammock of time between when we needed to be there and when anybody needed us to be there. 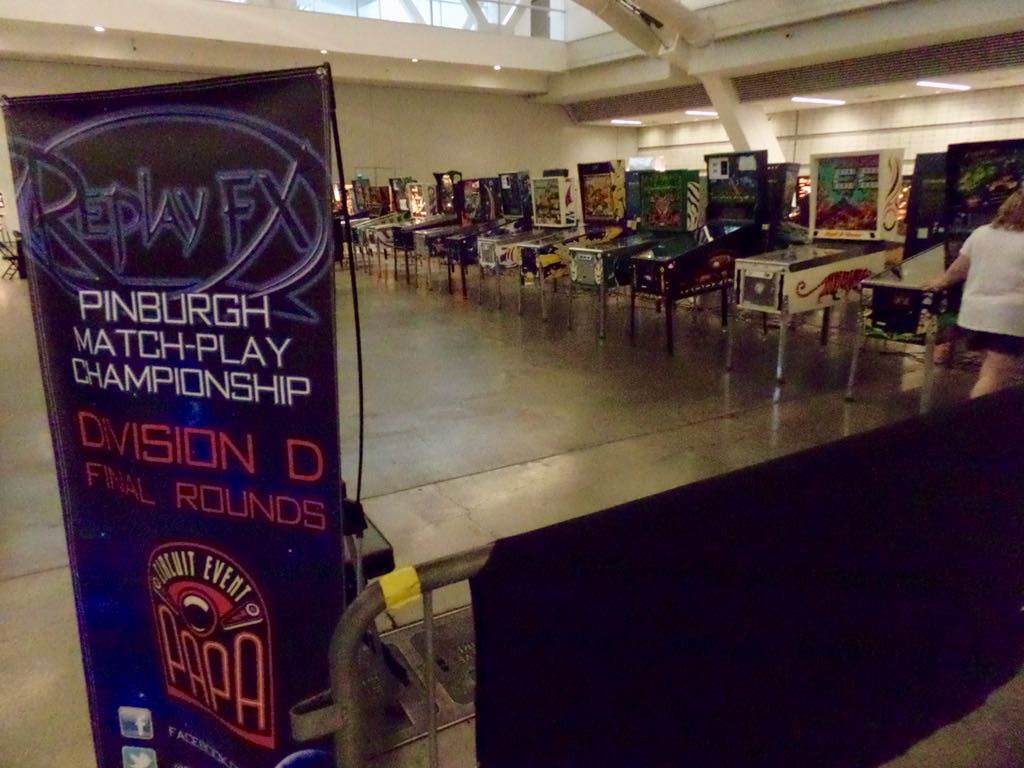 Finals banks for the D Division, which would so dominate our day. 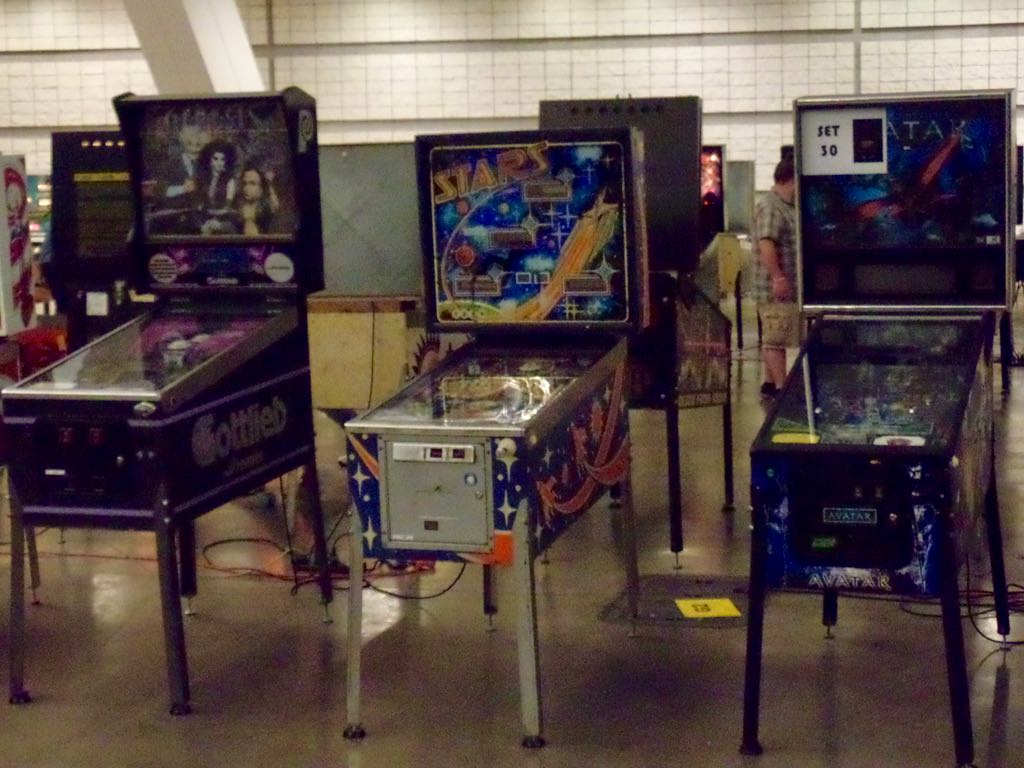 Genesis and Stars were two of the games in the set that I would keep going back to, because I somewhat knew them and going to that bank really worked out. Avatar, on the right, started off another quartet of games --- you can see the 'Set 30' on it --- that I never played in competition. 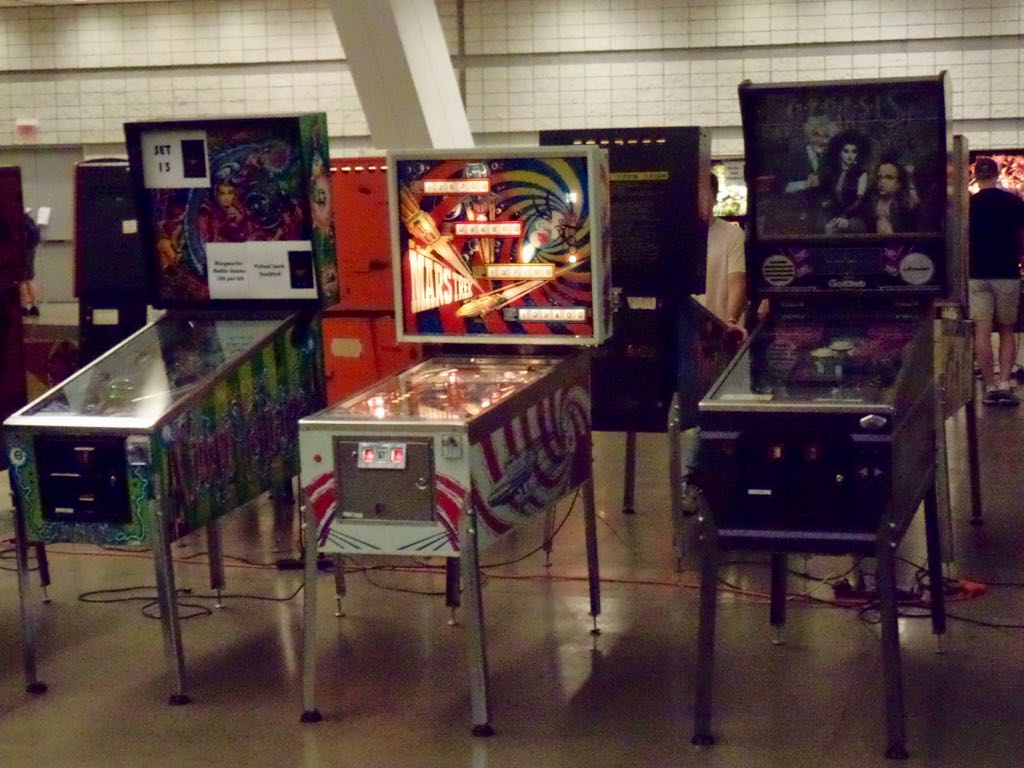 Cirqus Voltaire and Mars Trek, the rest of the 'Set 13' assembled for Division D finals, and that I would play so much of that day. If I'm not mistaken these were not actually the original Set 13; games were drawn from various of the qualifying-play sets and they never bothered taking the signs off the games because, really, why bother? You need to identify them somehow. Each set tried to have one modern, one electromechanical, one early-solid-state, and one late-solid-state game. 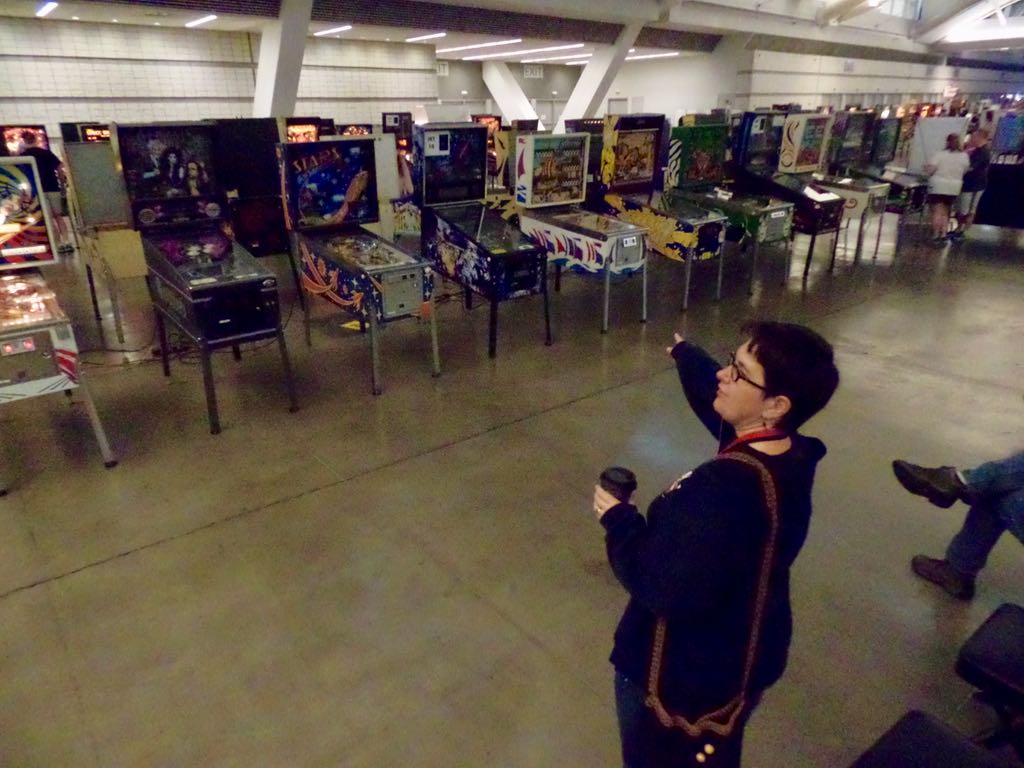 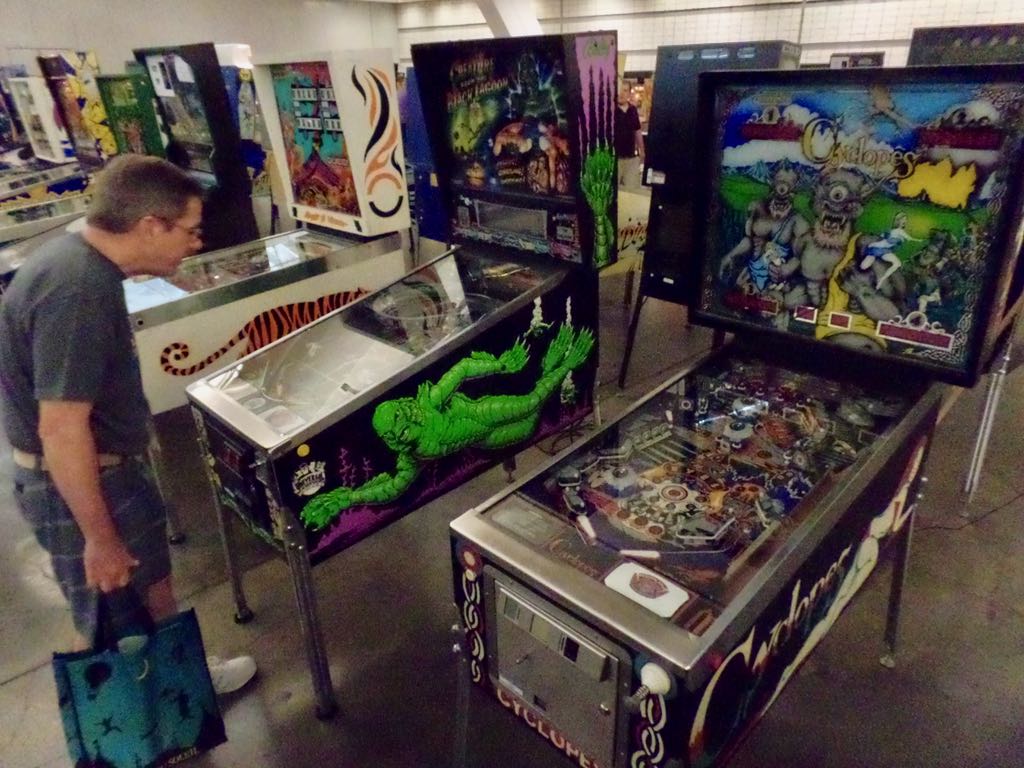 Competitor starteld to learn that yes, the art on Cyclopes really is that ugly. 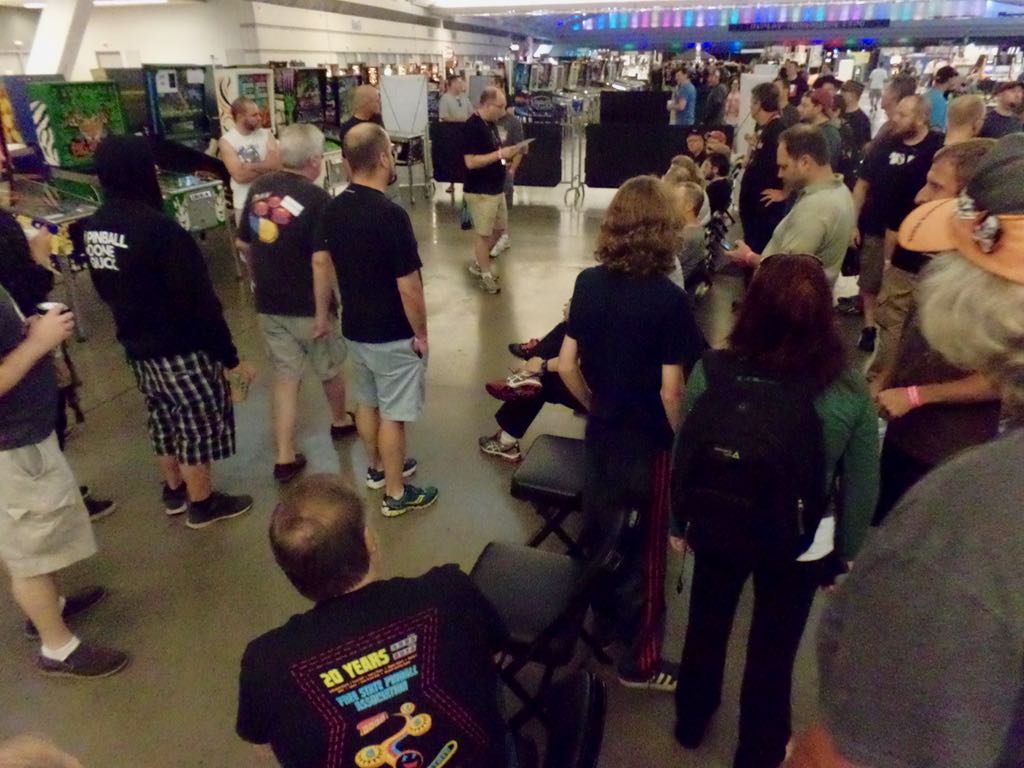 Instructions! The tournament director (the fellow top center, reading off a card of some kind) explains the rules to all the competitors, even those like

bunny_hugger and I who had first-round byes. 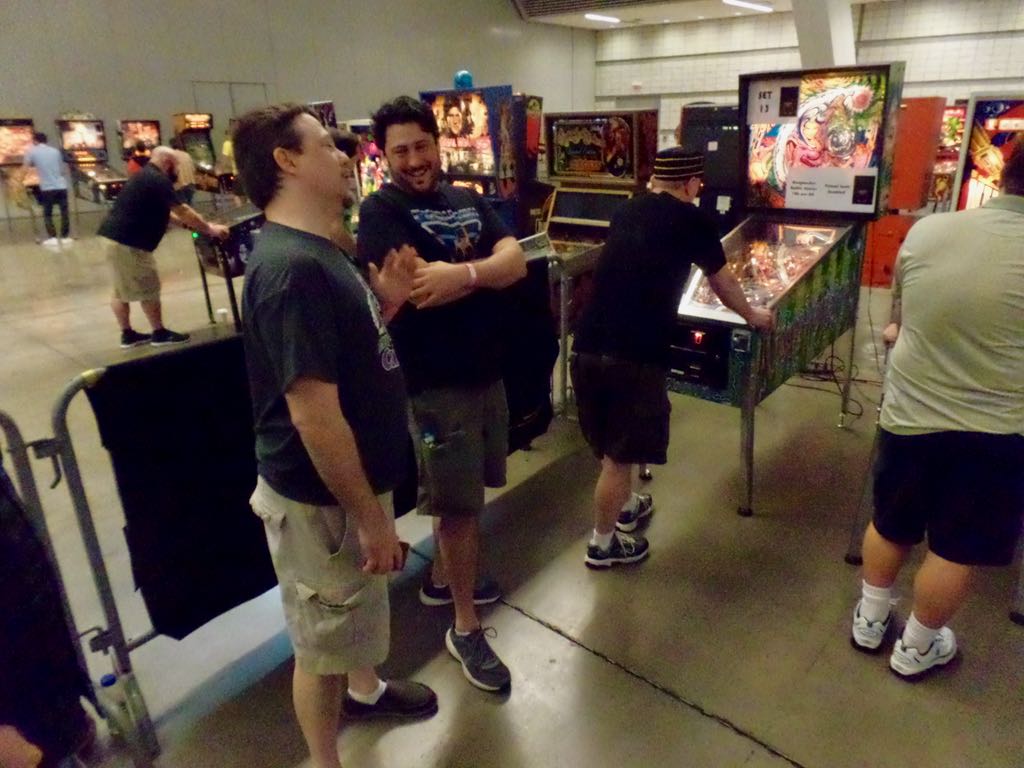 At the start of the tournament everyone was to get thirty seconds to test each of the games. This is a chance to learn about things like the skill shot, how sensitive the tilt is, how energetic the kickouts are, how bouncey the flippers are, all potentially valuable information if you're playing. The tournament director tried to set up a conveyor belt where everyone got their time, a whistle blew, and everyone moved one game over. People kept missing their cues. The director commiserated to me --- still waiting to get on a table in the first place --- that his nice conveyor belt was already broken. 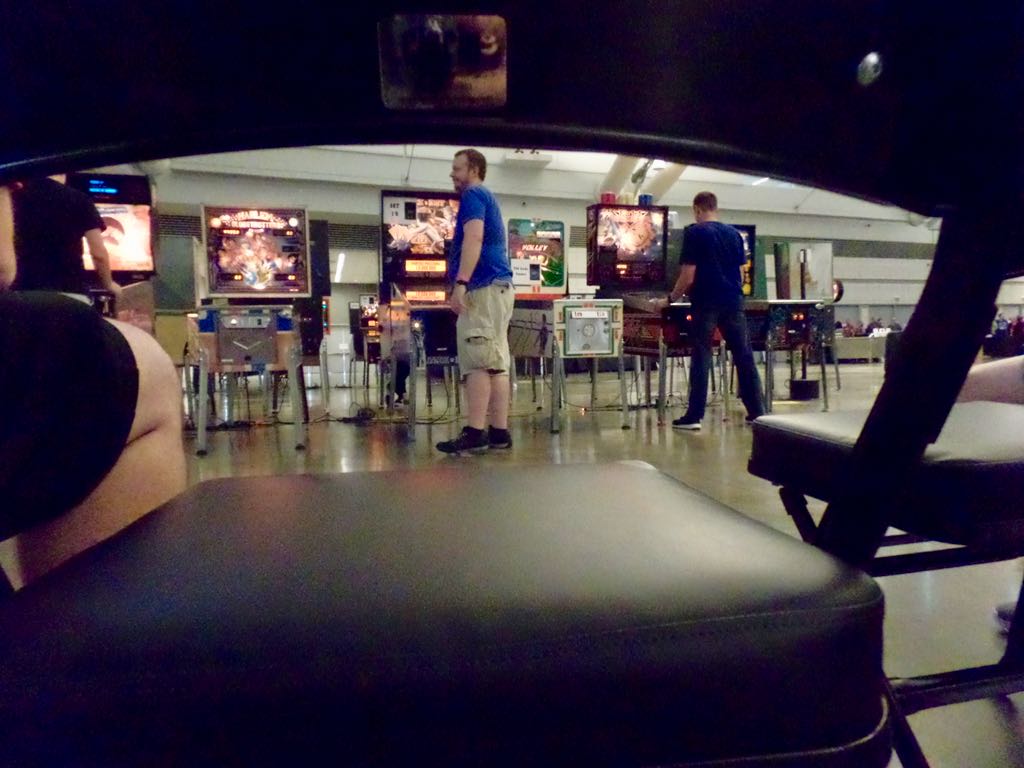 MWS did not have a first-round bye, in the C Division games, and he was finding Jack-Bot not playing the way he had hoped. 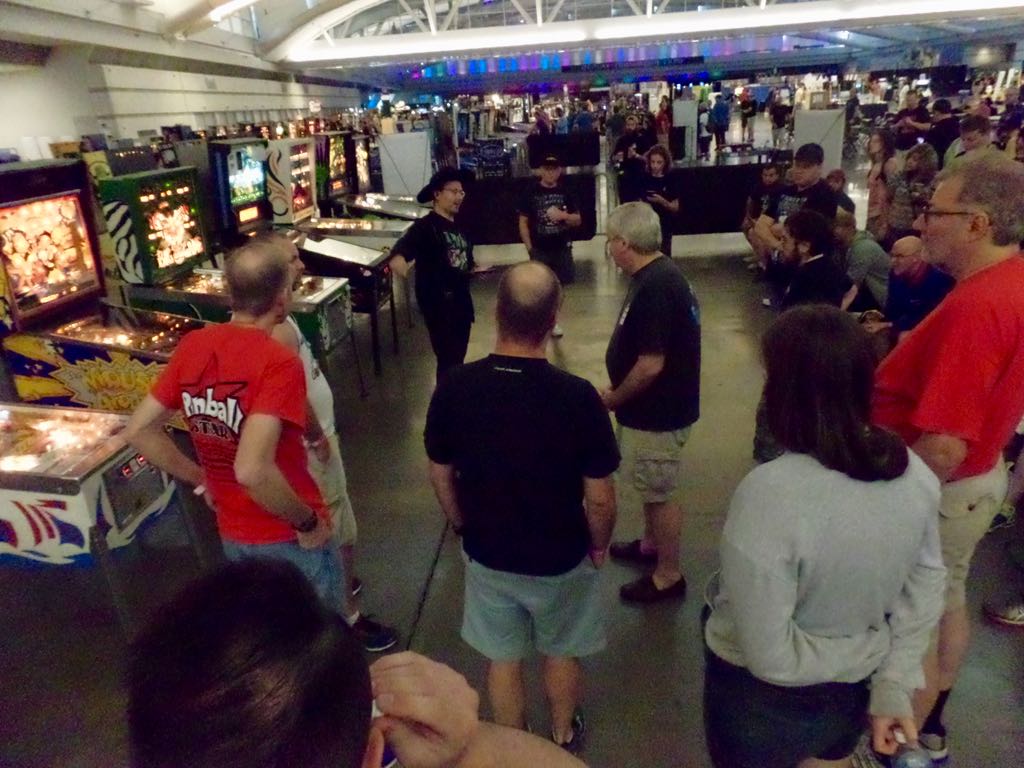 Instructions! Players being told what the rules are for tournament play, and gathering everyone who didn't have a first-round bye together. 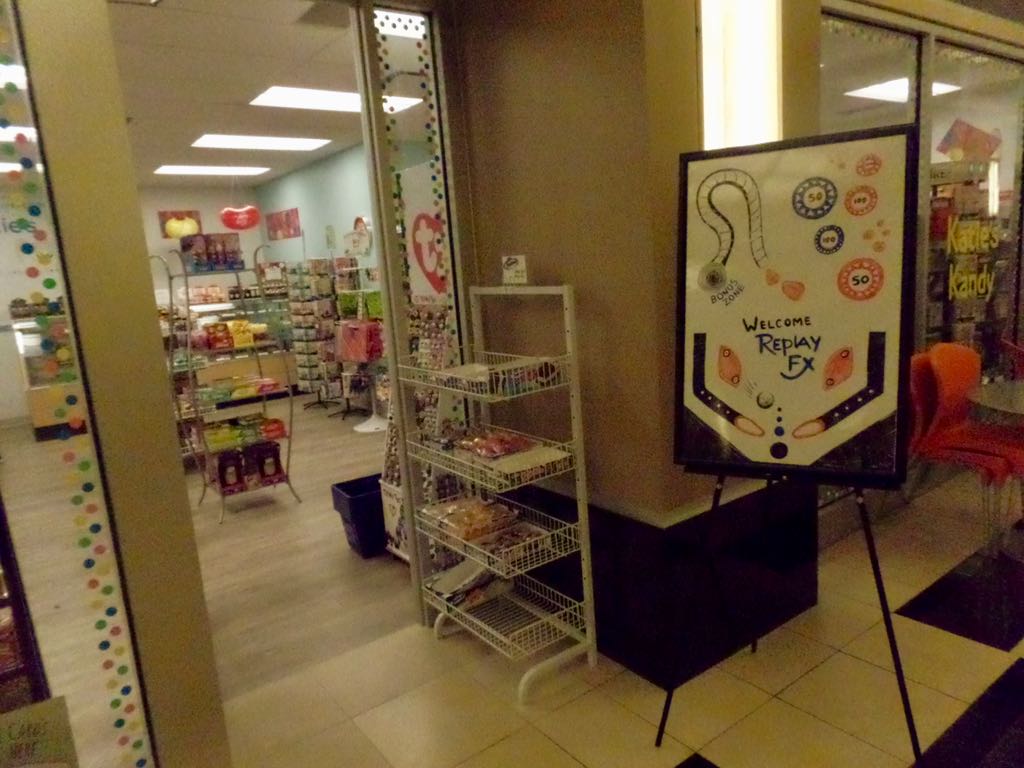 Since we had some time we went to the Westin hotel, to get coffee and bagels. And then we saw this great little whiteboard at Katie's Kandy. 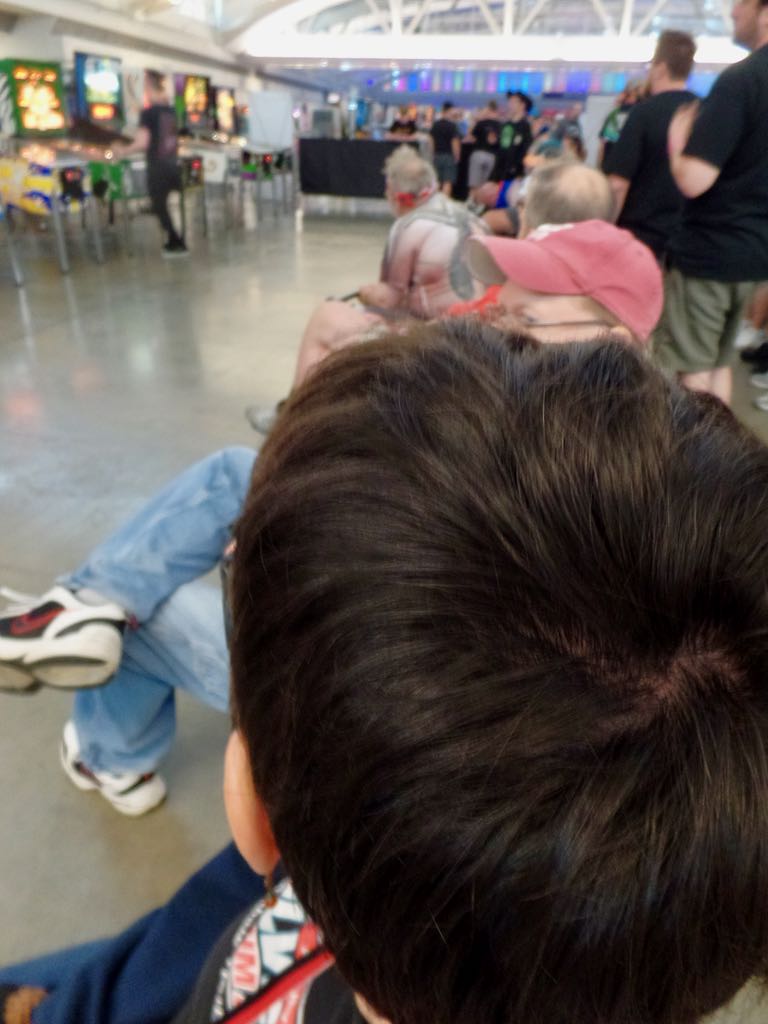 Back to the convention center.

bunny_hugger waiting to learn her fate.

Trivia: Terry Toons made 52 Heckle and Jeckle cartoons from 1946 to 1961. Source: Terry Toons: The Story of Paul Terry and his Classic Cartoon Factory, W Gerald Hamonic. He adds a PhD after his name which is a little ... odd ... considering.

Currently Reading: Popeye, Editor Mike Higgs. Most fascinating stuff at least early on is strips from before Popeye joined the comic, or from after Segar died but before the bundle of Sagendorf strips from the late-60s-to-early-80s that the reun endlessly now.

PS: My 2018 Mathematics A To Z: Manifold, one of those things you need but don't realize is even there.