The past week on my humor blog:

And that time at Pinburgh 2017 when we'd be in the playoffs and searching for a place in finals: 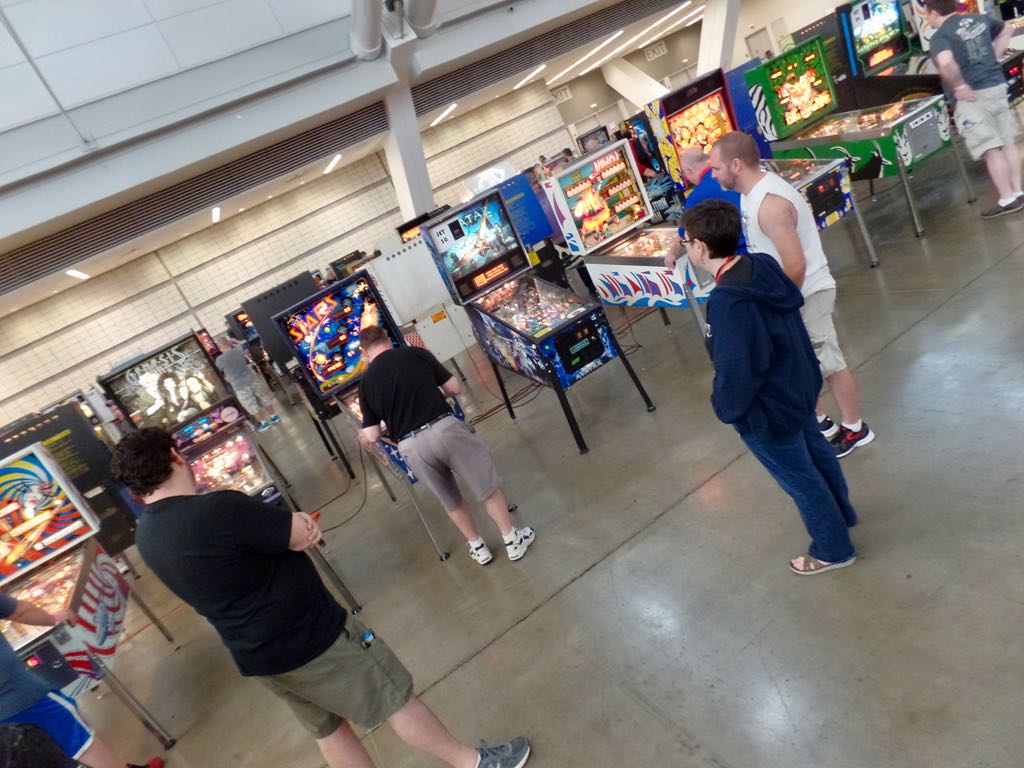 bunny_hugger watching a competitor get off to a fair start on Stars. 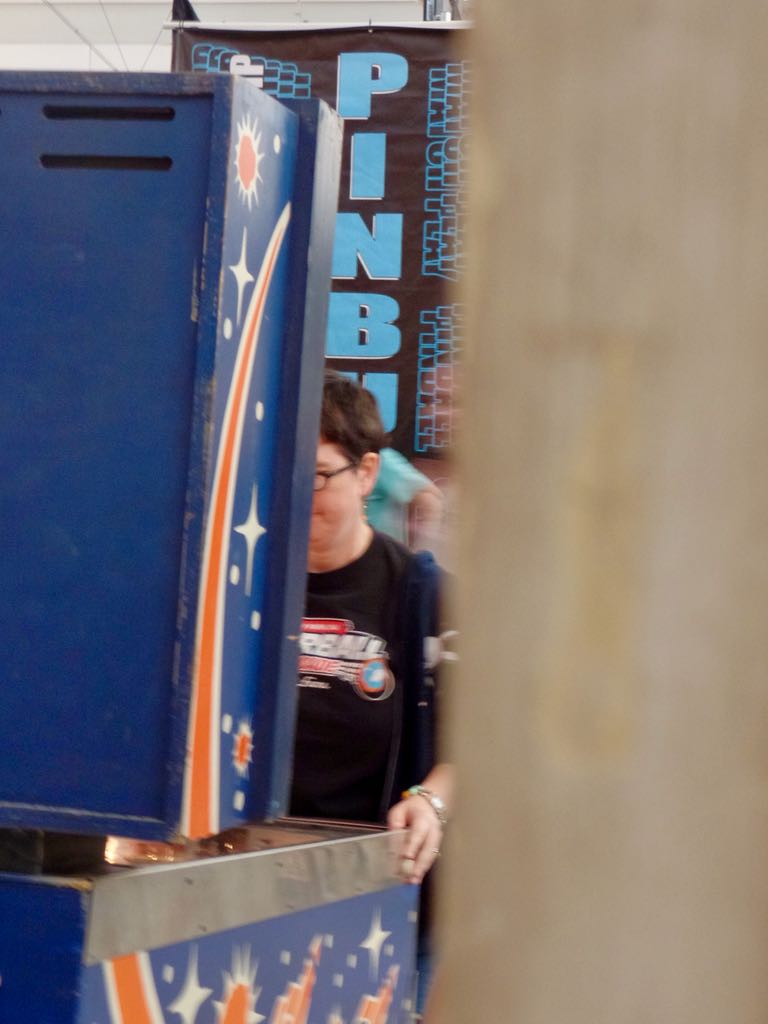 bunny_hugger getting to the serious work of putting up her own score on Stars. 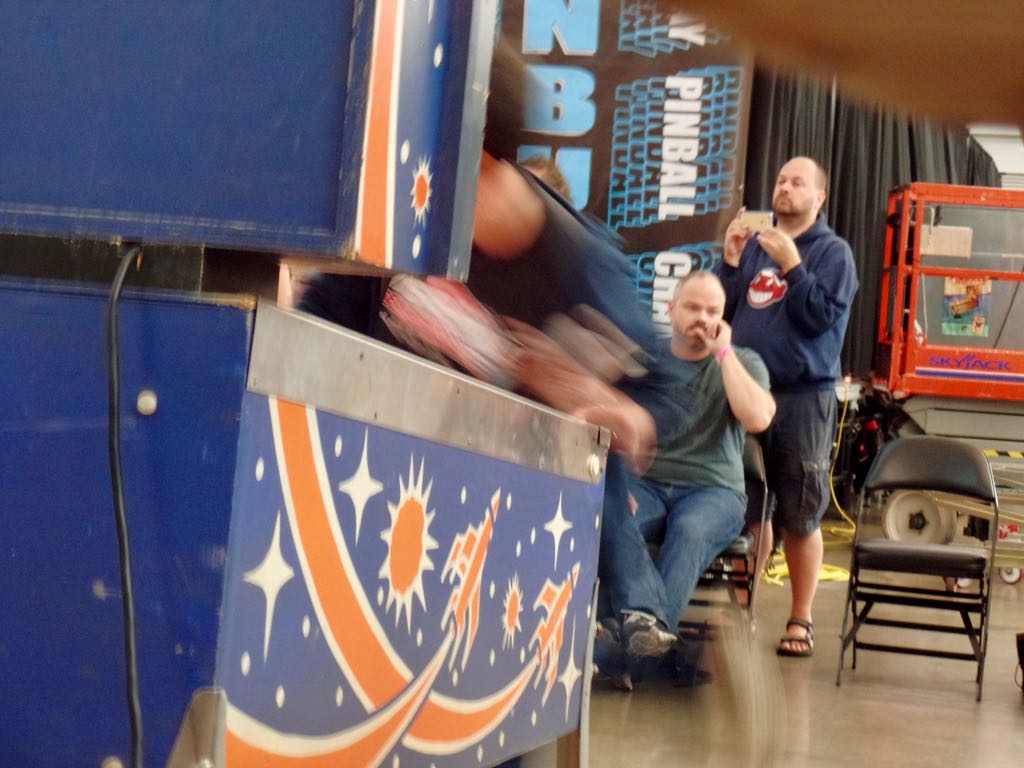 Sometimes, you have to do a slap-save. (I'm not sure that is actually what she's doing here, but it seems plausible.) 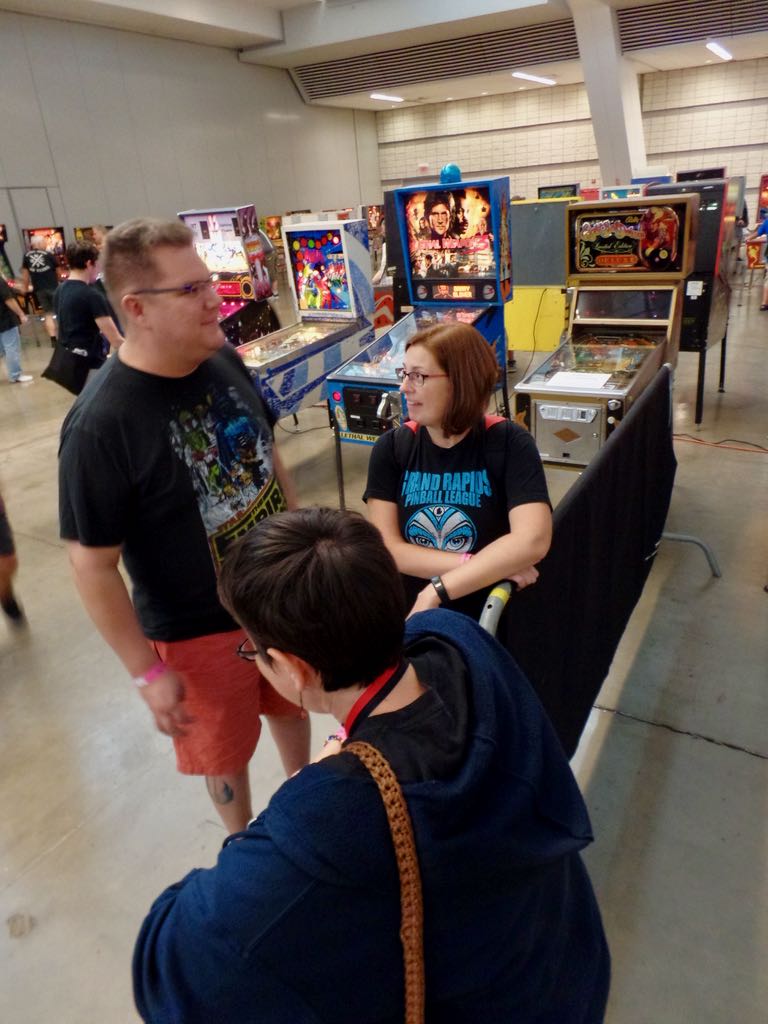 bunny_hugger talking with some of the Michigan Pinball community between her turns at play. 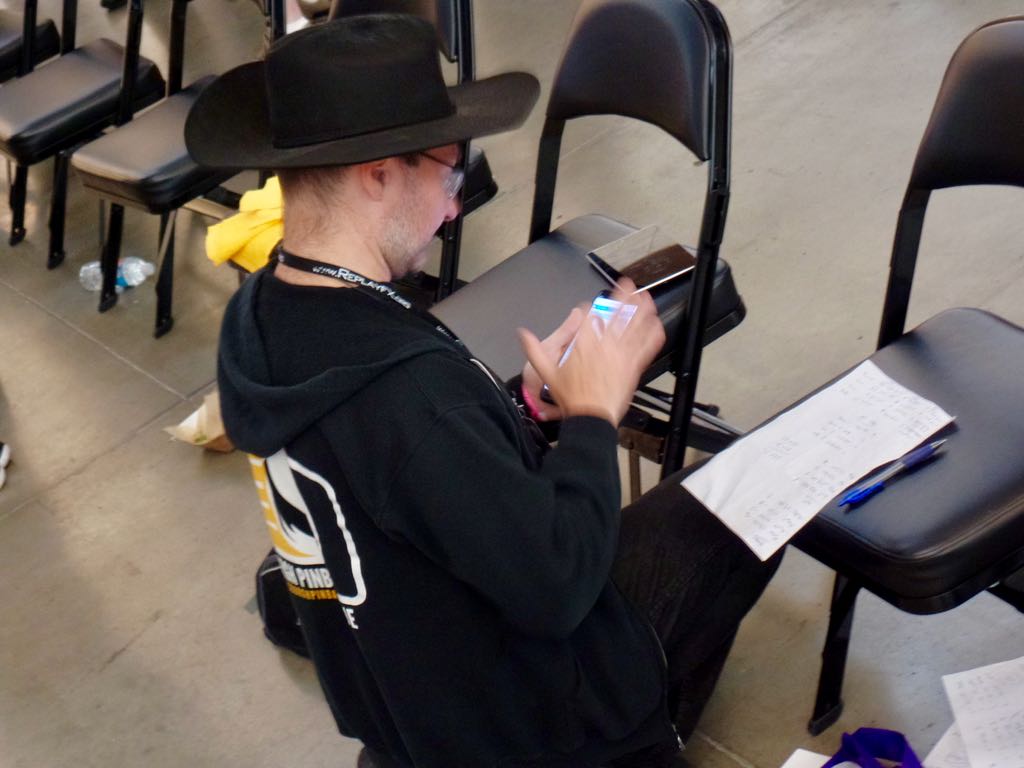 Our tournament official whose name I never did catch, working on keeping all his paperwork straight. Scores were uploaded to Pinburgh's official web site as they were entered so you could follow action quite closely. Emergency repairs. I was very nervous about Cirqus Voltaire going down, possibly to the point of needing replacement, because I not only knew the rules of the game well but I'd played that exact table and I knew something valuable about its tilt: it was incredibly prone to tilting. I figured the game was my ace in the hole. But the game got back in order (although it needed several more quick repairs), and yes, two of my competitors did tilt at one point or other. So yes, the game was one of my two aces. 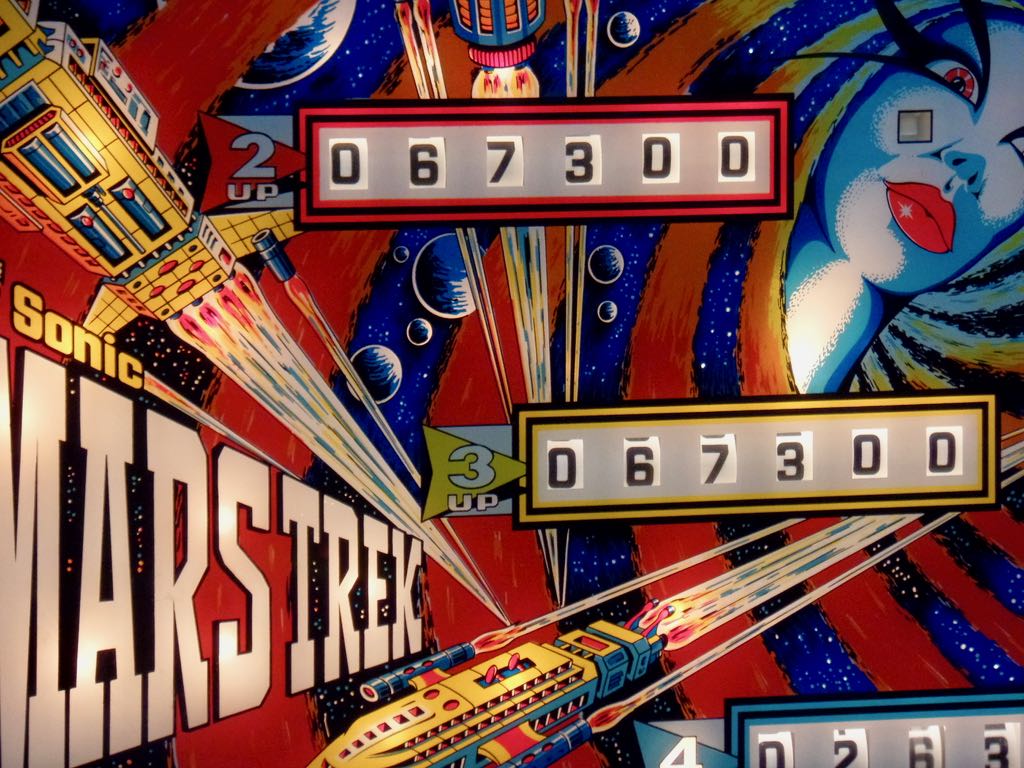 Outsiders would never guess how rampant plagiarism is in the world of competitive pinball. (This was not actually the final scores, but wouldn't it be great if it were?) 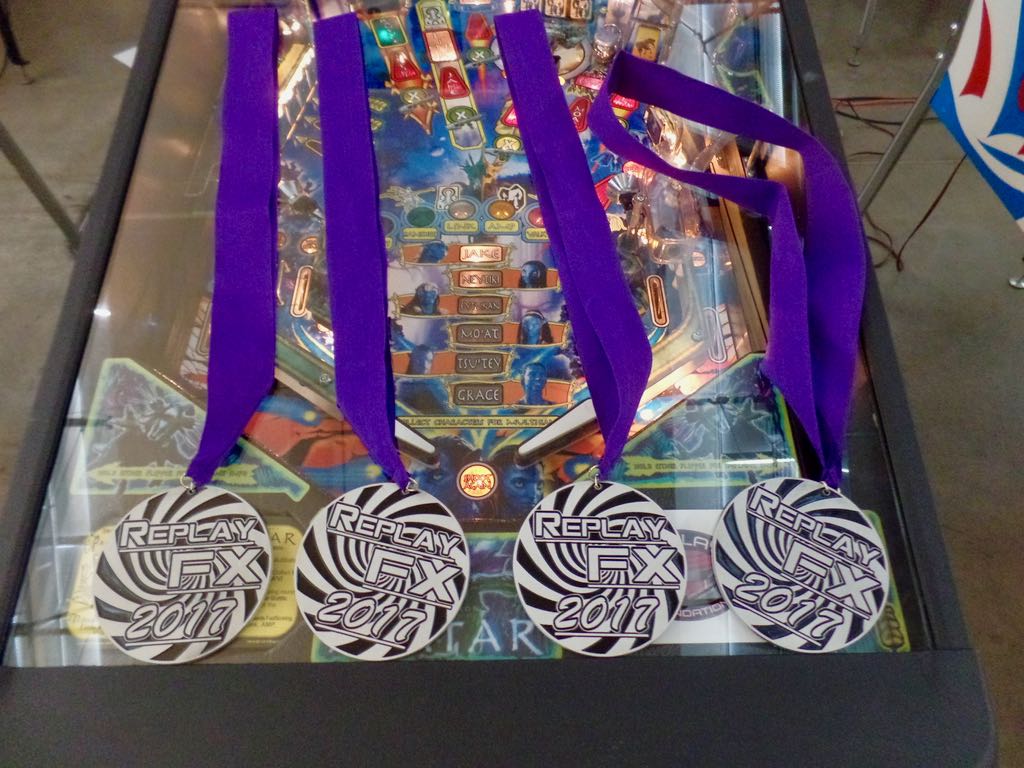 D Division wouldn't get any trophies. We'd be up for medals. First through fourth place, here. ... Yes, there was an Avatar pinball game. 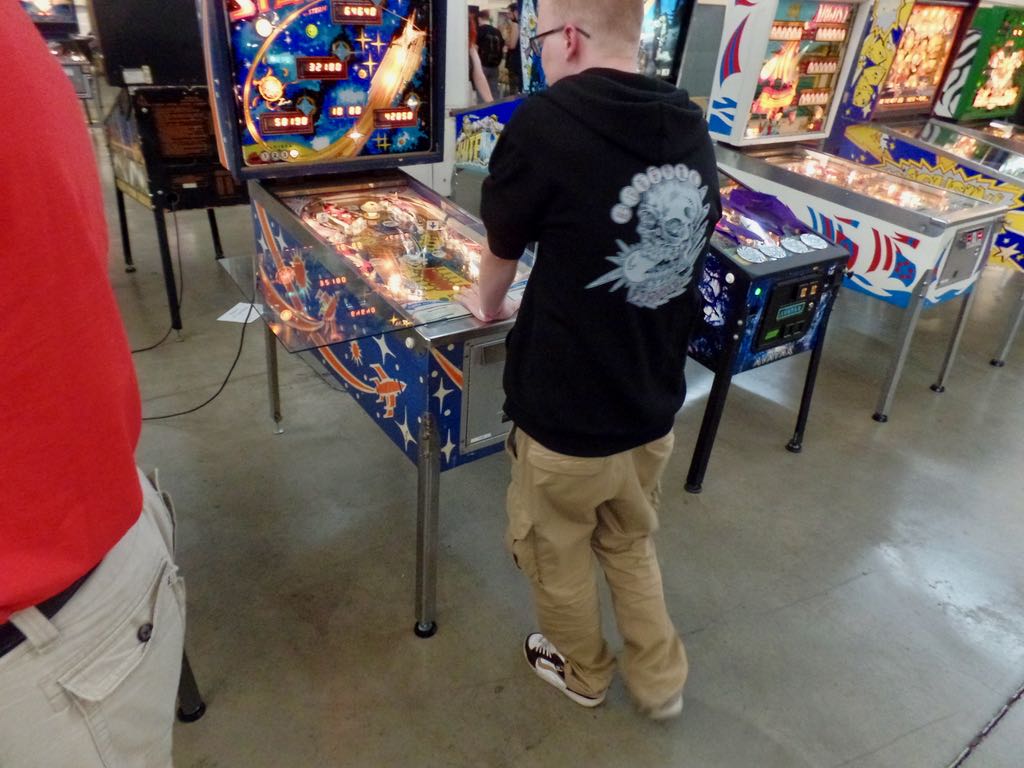 More emergency repairs. I don't think that playfield glass can be from Stars --- notice the coin box isn't open --- but then it would have to be off Genesis, which I don't think needed any repairs during the tournament. I might be mistaken.