What makes him so good?

I didn't quite have something on my mathematics blog every day this past week. Here's how close I came:

And story strip news! What's Going On In Rex Morgan, M.D.? Who Was That Incompetent Mugger? August - November 2018 plot recap, right here for you.

So! I'd won second place! What now, now that the competition at Pinburgh was over? 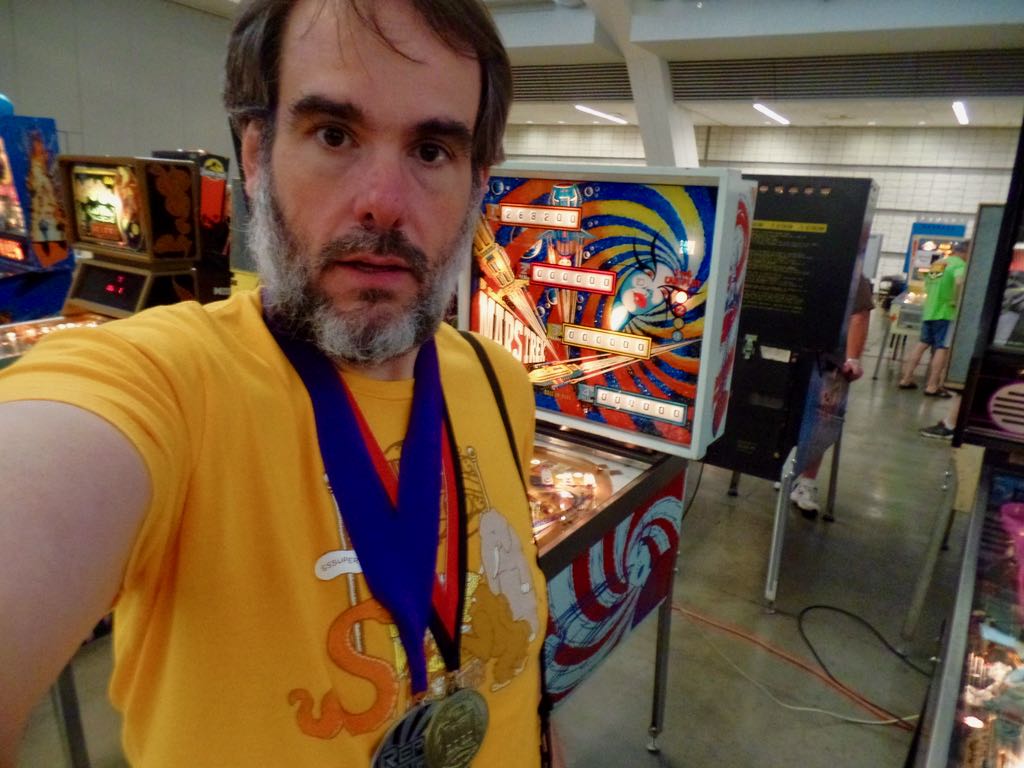 Somebody looks barely capable of processing having (a) a perfect round and (b) second place championship, D Division, at Pinburgh. (This is as good as I have ever looked, besides my wedding picture.) 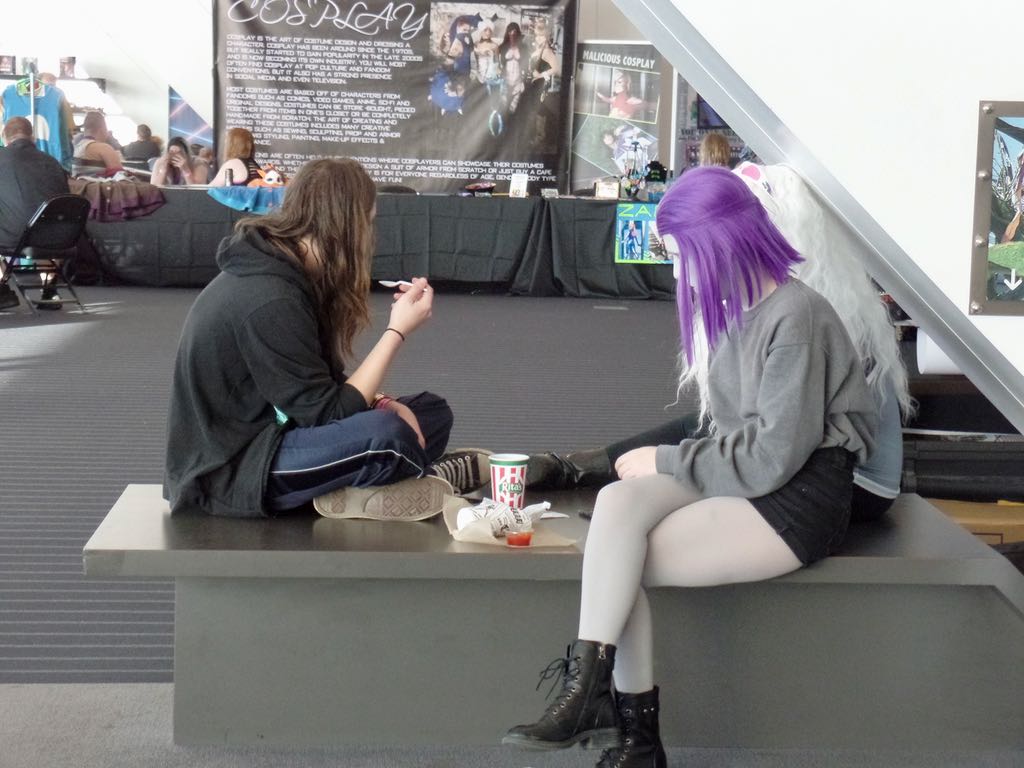 Meanwhile among normal people. Couldn't tell if these were people cosplaying or just hanging out. 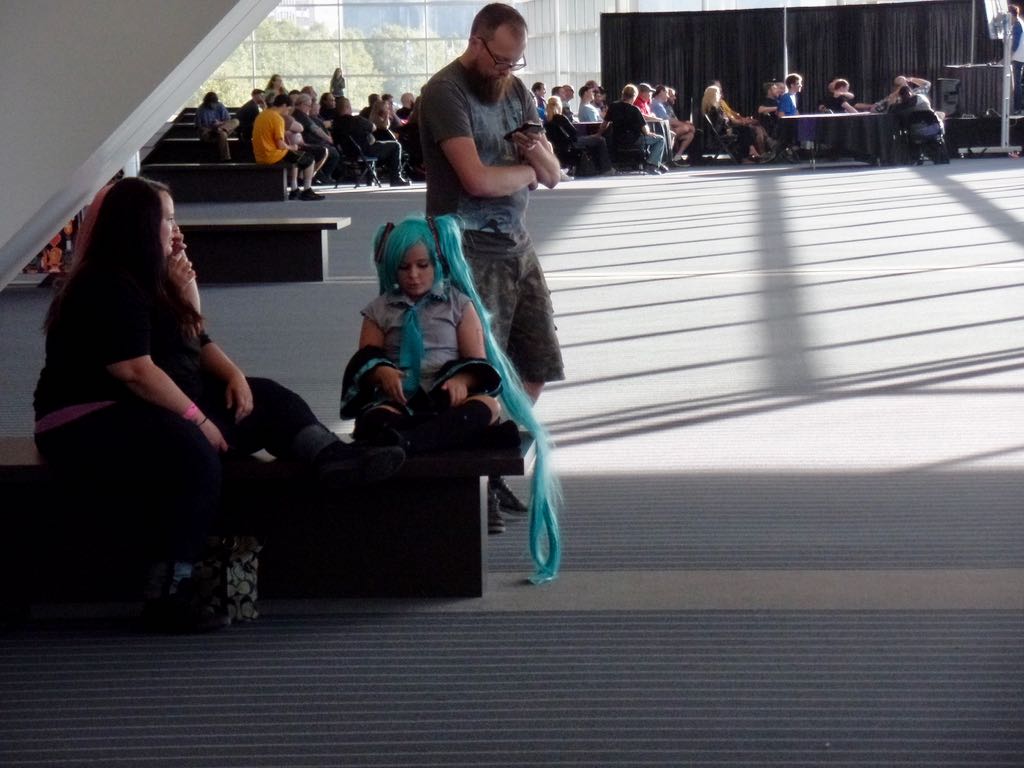 Meanwhile among normal people. Couldn't tell if these were people cosplaying or just hanging out. The extremely long hair suggests, but there's so much I don't know. 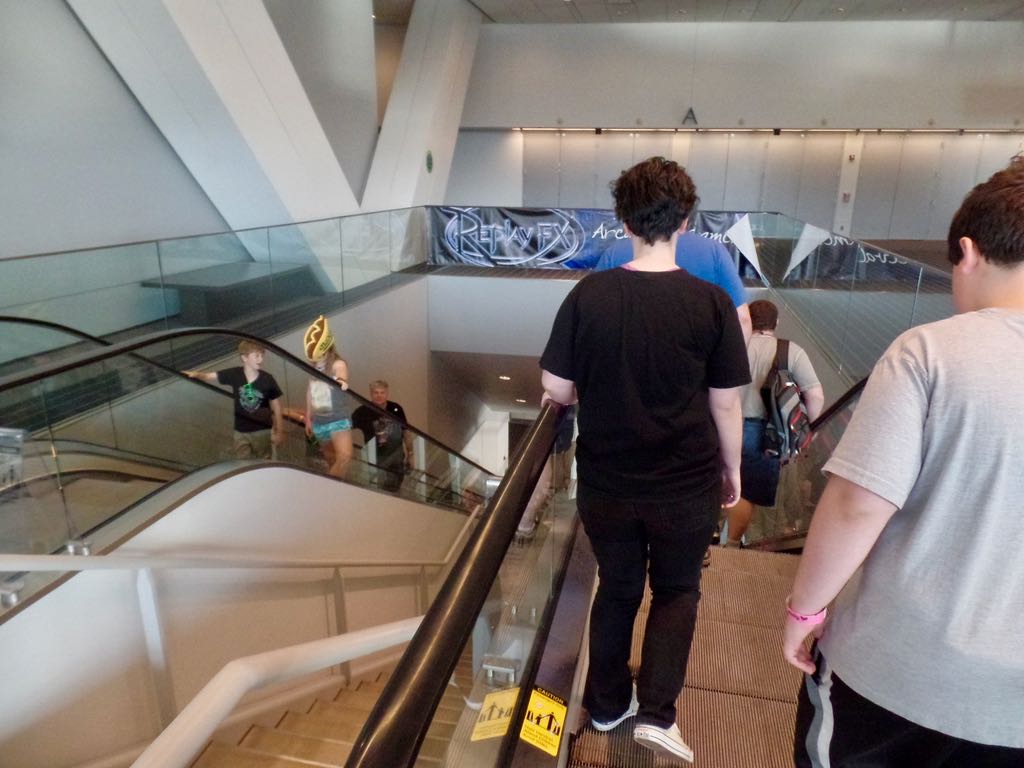 Meanwhile among normal people. Couldn't tell if these were people cosplaying or just hanging out. What do you make of a Nathan's Hot Dog hat? 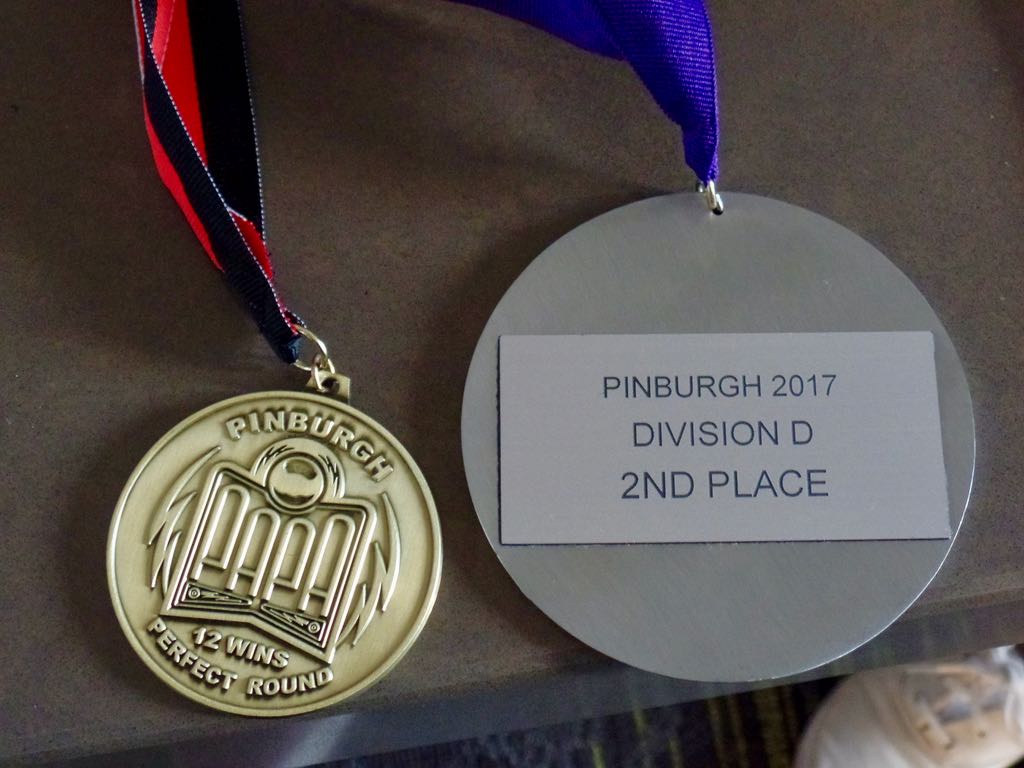 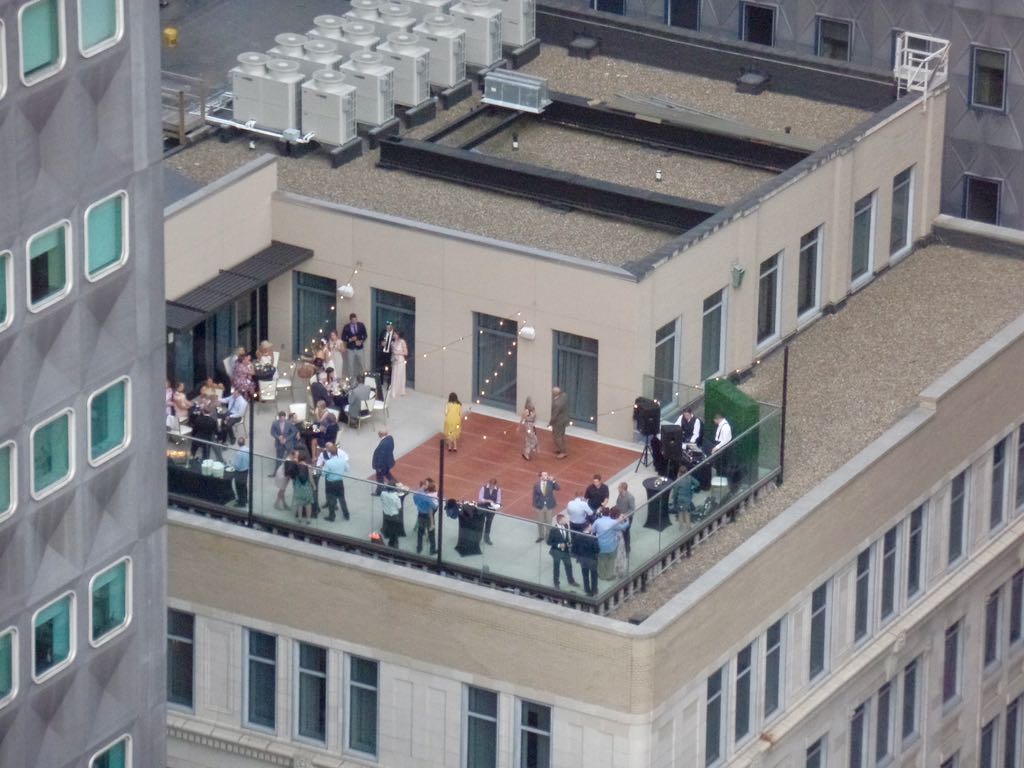 We went back to our hotel room to recuperate a little, and then saw --- and mostly heard --- this wedding(?) party, even though it was more than a block away and several storeys below ours, so that my picture looks like the graphics on the Sims has really got detailed. 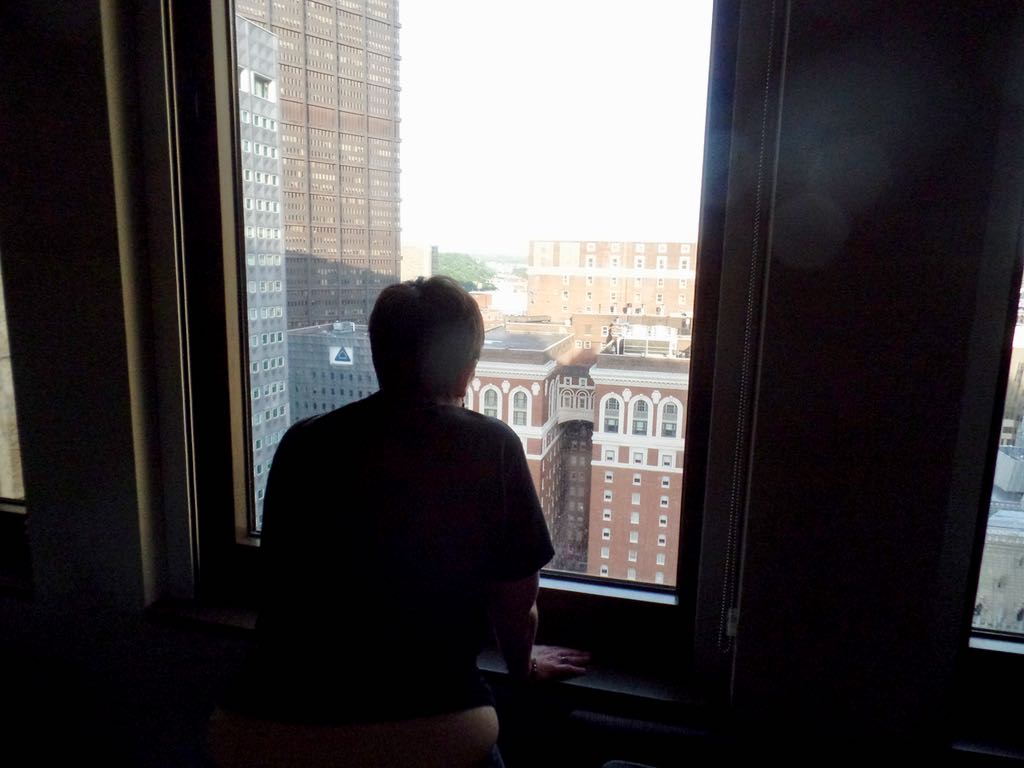 bunny_hugger warning the wedding(?) party they better not be making a racket like that when we need to get to bed. 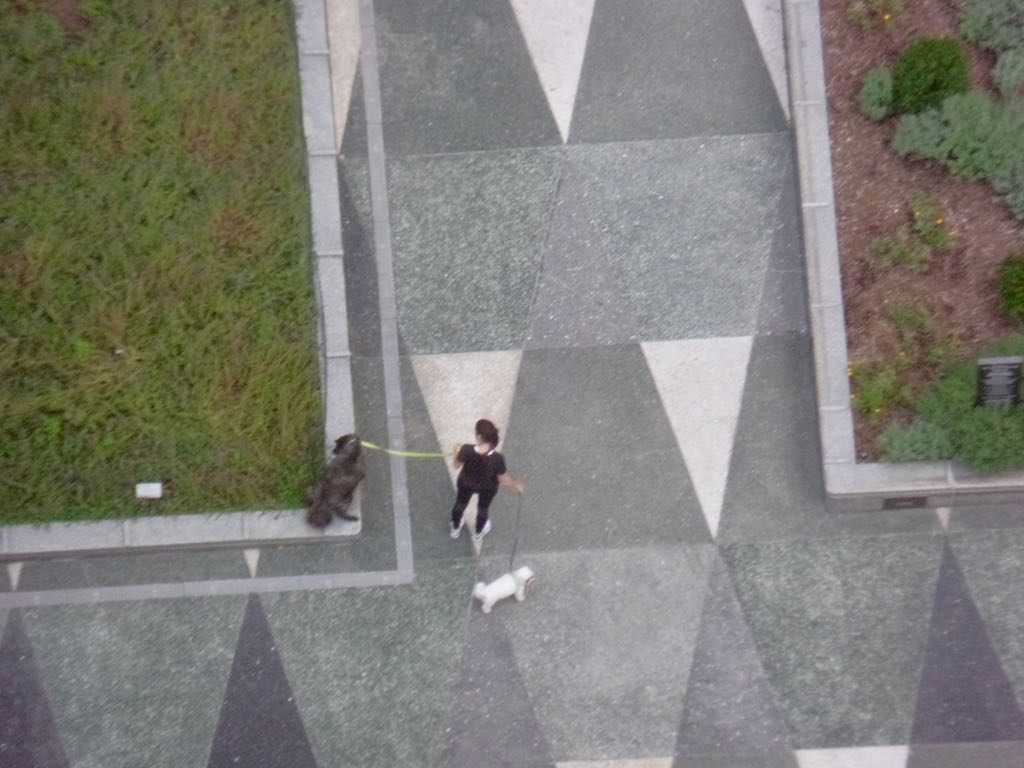 And then way, way, way down in the plaza just before the hotel was this person trying to manage two dogs. 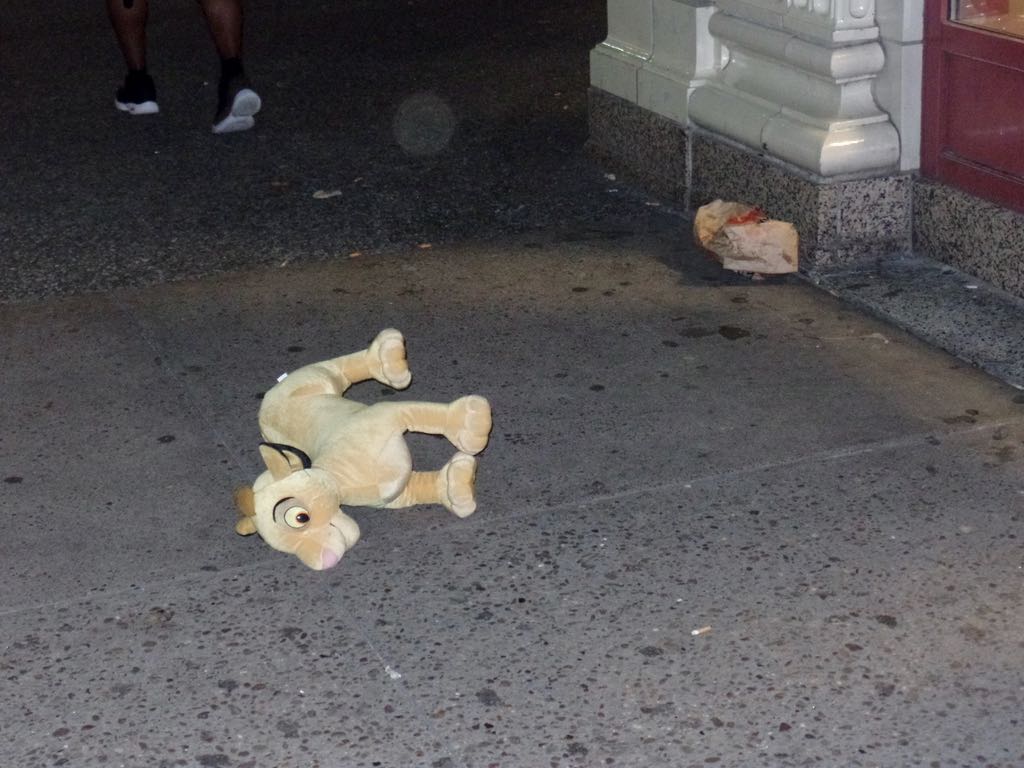 Abandoned plush doll in the street as we walked back to Pinburgh. 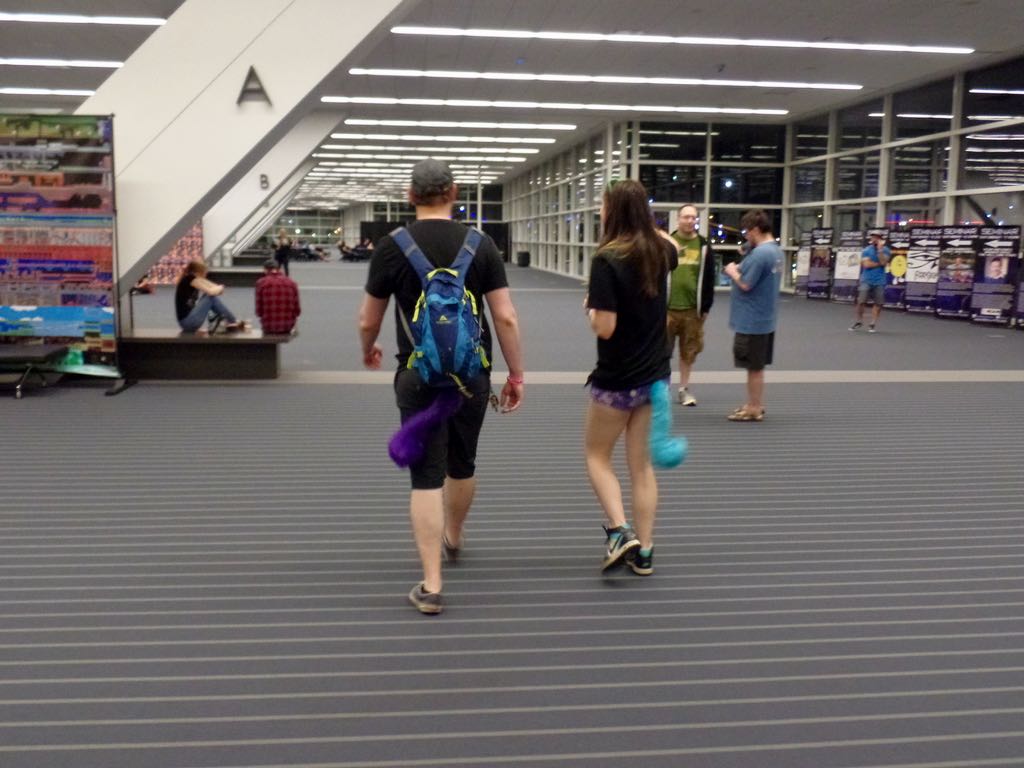 Meanwhile among normal people. Couldn't tell if these were people cosplaying or just hanging out. But hey, nice colored tails, that's always great. 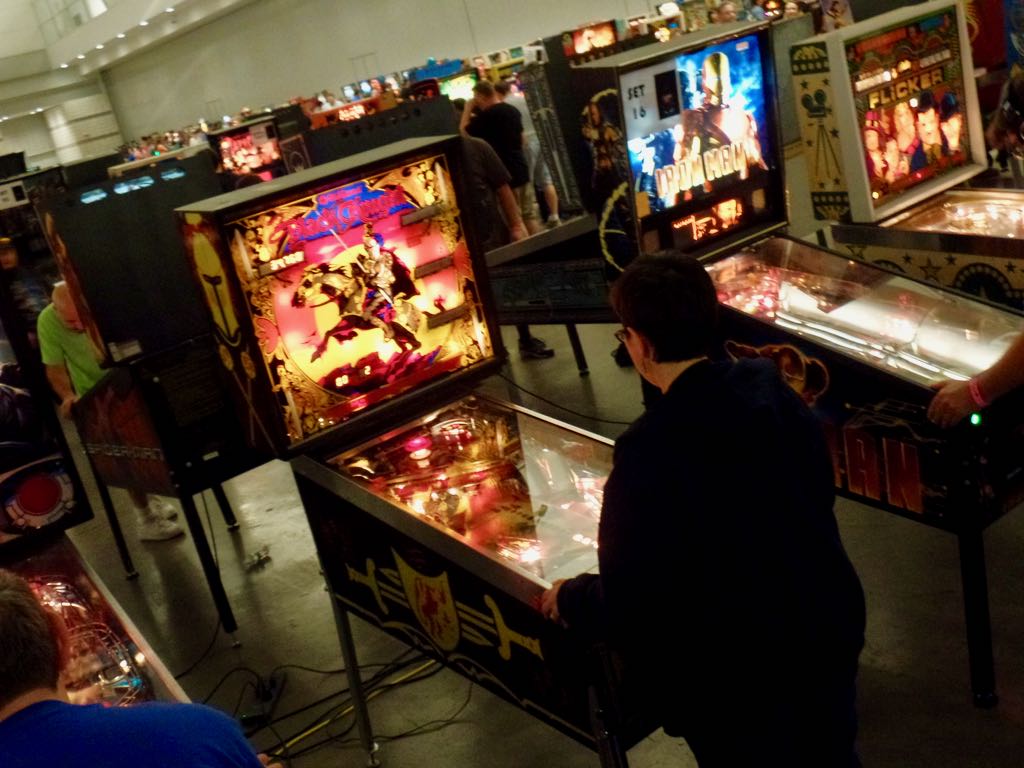 bunny_hugger enjoying a bit of free play on Black Knight, which she didn't yet understand but would come to appreciate the charms of. 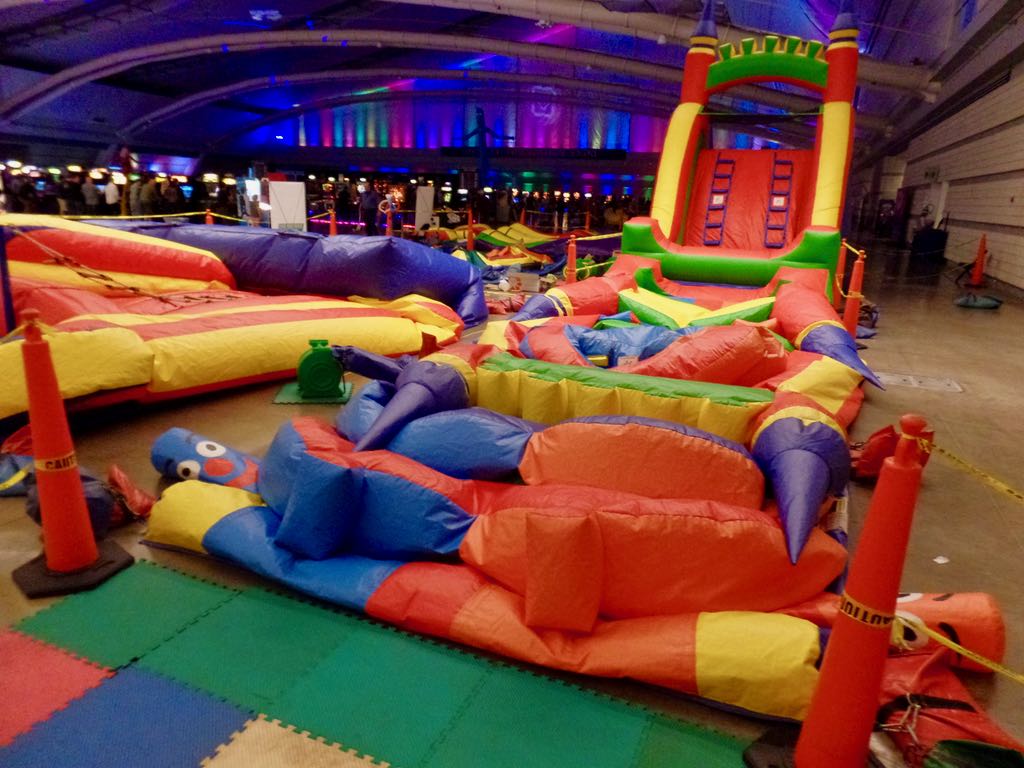 The bouncey attractions, all worn out for the evening already.

Trivia: In the summer of 1965 four third-year mathematics students at the University of Waterloo developed WATFOR, Waterloo Fortran, a compiler that let the school's System/360 model 75 run around six thousand jobs per hour. It reduced the cost of running a student's program from an estimated ten dollars to about ten cents. Source: A History of Modern Computing, Paul E Ceruzzi. (Ceruzzi isn't clear to me whether that's ten dollars American or Canadian.)