Let me be by myself in the evening breeze

Some domestic news. A couple years ago the landlord of the house adjacent to ours on the south tore down the old garage. He did apparently because it would cost more to repair than tear down. And without getting a permit, which

bunny_hugger was angry about after discovering this. She discovered this when she got angry at the landlord, following a string of annoying tenants who'd dump trash in the yard or out the window or such. Without the garage our backyard was nice and open and airy, but ... you could see their backyard and how bad it got.

So we got to thinking how nice it would be to put a privacy fence between them. We briefly had a verbal agreement with the landlord to put one up along the de facto property line --- some 6x6 lumber tiles that separate our slightly elevated ground level from his former-garage floor and the driveway to it --- and split the bill. But he skipped out once we got an estimate. And there things sat, mostly because I was lazy about pressing the matter to get the landlord to at least agree to putting the fence up.

Then around August we noticed a for-sale sign in their yard. And that all the long string of tenants had emptied the house. If we raced in and put up a fence before the house sold, well, we wouldn't really need the landlord's approval, would we? So we called the fencing company that gave us our first estimate to ask if they'd refresh that. And called another, just in case. That other company gave us an estimate two-thirds what the first company's was. And their guy (I think the owner) found the monument marking the surveyor's border between our property and the landlord's, and was satisfied the whole fence would be on our property.

So --- the day we were setting out for Cedar Point --- they came out with a post-hole digger and, using the vacant driveway of the neighboring house, set in a string of posts in concrete. When we got back from Cedar Point the first fencing company finally called us, apologizing for taking a month to get to us and saying they'd need to charge a couple hundred more than their estimate from last year but if we were still interested give them a call.

A week after that, they came back around and started putting up the actual fence posts, using the vacant driveway and a pneumatic nail gun. And working stunningly fast, too. The one catastrophe: they were putting it with the ``good'' side facing the neighbors. We'd assumed the good side would face in and somehow that didn't happen. I interrupted things and for a while the project hung up half-completed. The fencing company owner said it was the building code that when you build a privacy fence the ``good'' side has to face outward.

bunny_hugger does not agree with this based on her reading of the Lansing city building code and suspects the fencing company is either reading in code that maybe applies in other cities or is just mistaken. But between the insistence that it's code, and that putting the good side on the other side would require more severe cutting to the bushes that line part of that side of our yard, we continued as is.

So now we have a handsome and new-looking fence. And the fencing company called about a week later to offer that they could put some cladding on our side, if we felt like it. I'm not sure that we will; it's easy to get used to the fence now that it's there and now that the neighbor's yard has become invisible.

And we may have got it in just precisely on time too.

bunny_hugger noticed yesterday that the for-sale sign was gone from the neighbor's yard. This is maybe ominous. There's problems with having an empty house, yes. But an empty house is at least one that'll be quiet and not toss garbage on the lawn or anything. New neighbors? No knowing. But we won't have to see it.

(While the house was vacant I did do a little bit of social engineering. For years the neighbors had kept their trash and recycling bins in the front of the house, for a shorter haul to the curb. I moved them around back, trusting that this would give whatever new tenants arrive the idea that of course the trash bins go there. I did a similar thing when the house on the north side was vacant, moving their trash bins so they're hidden behind the house rather than at the edge of the driveway and close to ours. The new tenants, who're nice if odd, followed my example.)

Trivia: In the 1860s the village of Roscoff, on the northern Breton coast, sent hundreds of boats each year carrying onions and artichokes for sale in England. The story was this was because one Breton had done well selling onions in London using a board marked ``The English onion is not good''. Source: The Discovery of France: A Historical Geography, Graham Robb.

PS: My 2018 Mathematics A To Z: Pigeonhole Principle, which you almost understand just from my naming the thing. And which will include at least one mathematically provable fact that'll startle you.

PPS: Hanging out on Sunday at ReplayFX, since I guess the Pinburgh 2017 stuff was fully over. 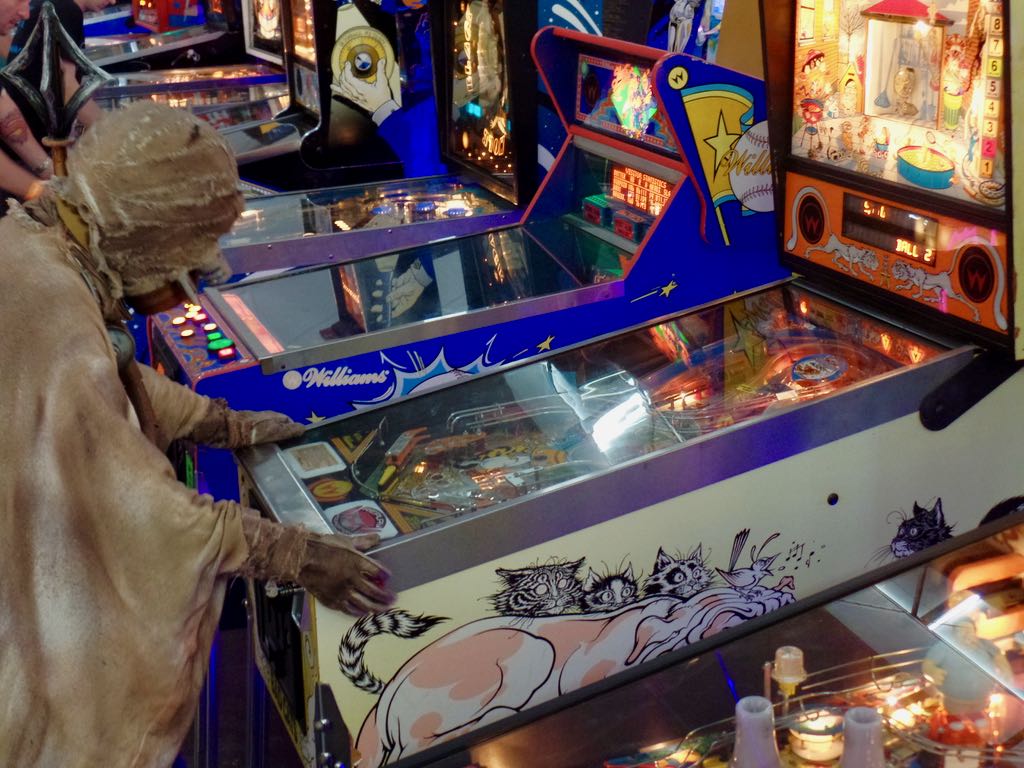 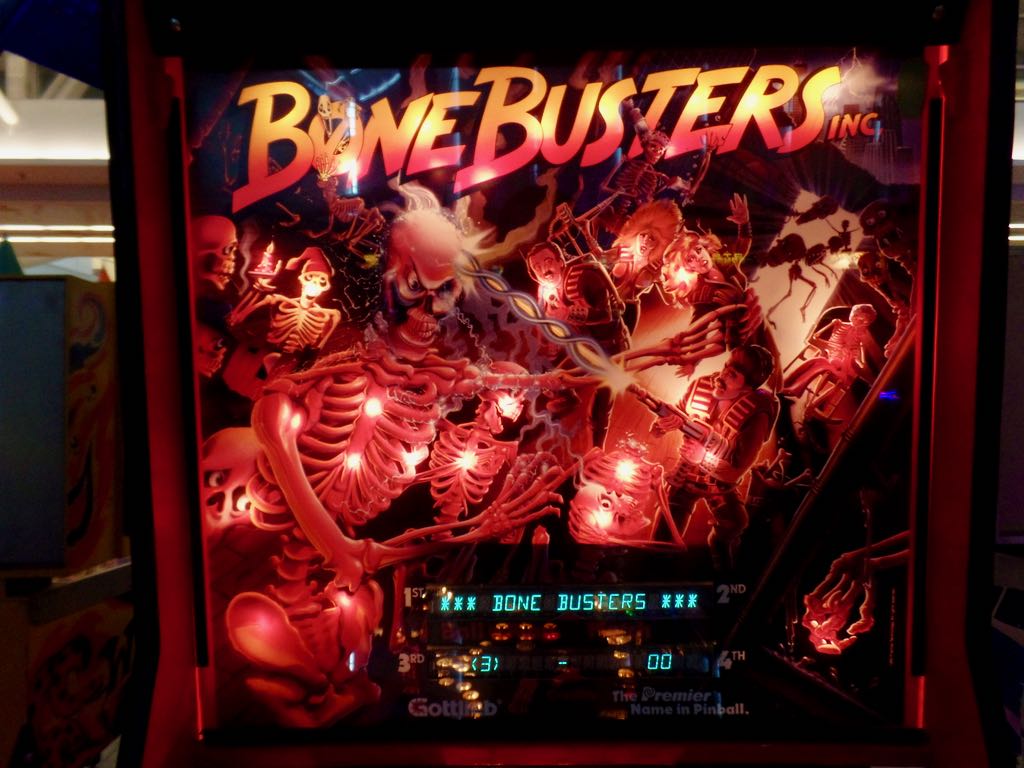 So before the official licensed Ghostbusters pinball game came out in 2016 pinball players could make do with this mid-80s game. 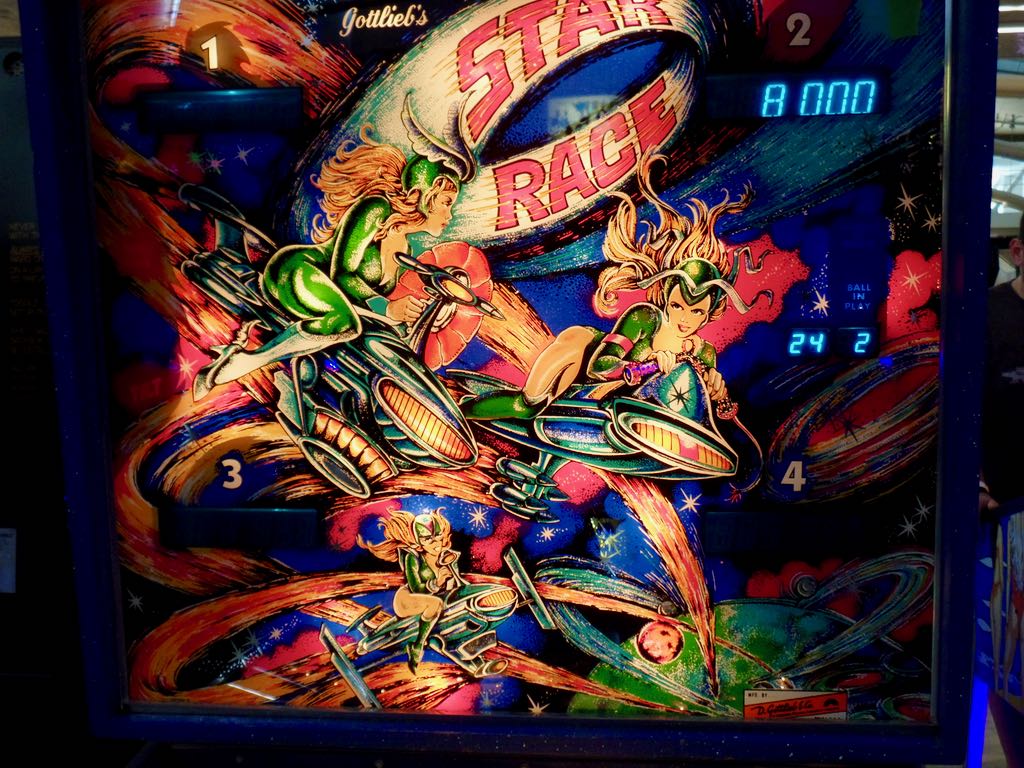