bunny_hugger has had the itch to get a custom license plate. She thought to get an amusement park or carousel or roller coaster-based one, but never found a string of up to seven characters that she liked that wasn't taken. When she got into competitive pinball, though, new options opened up. She just missed them each for years, as the tag renewal came up and she didn't have time to deal with it and just let the chance go.

Not this year. This time she was ready, when the plate renewal came up. She had picked out a pinball-related one years ago and the plate was still free, and she was ready for it. Her new plate would be SDTM. The abbreviation is for ``Straight Down The Middle'', one of the many unfair ways you can lose a pinball. Self-deprecating and something that's obviously something to people not in the hobby, but an old dreaded friend for those in? It's perfect. She got her plate the week before Halloween and was eager to put it on, especially as she could show it off during Lansing Pinball League. At least mention it.

And then stuff went wrong in installing it. She blames herself. She was trying to unscrew the old plates and says she held the socket wrench at the wrong angle, breaking off the head of the screw. I have a tool that's supposed to grab stuck, headless screws out of their holding place. It failed spectacularly to grab this.

So I took the car to the auto care place on the end of the block. They've helped me with trouble getting my license plate off in the past. They were able to help this, although not right away. Booked up with higher-priority car repairs, you know. We ended up needing to leave the car Sunday night, for them to take care of Monday morning. And they were able to handily, using their high-power version of the thing that failed for me to unscrew the stuck bolt and put in a nice new shiny and I'm guessing corrosion-resistant new one.

bunny_hugger was unable to show off her new plate at Lansing Pinball League. But she did get it installed on her birthday, which isn't bad. And she could share pictures of it with the Michigan Pinball online communities. Their reactions ranged from liking it to loving it to posting little laugh reaction gifs.

I'm sometimes tempted to get a custom plate, but could never think of anything and I doubt I could do something to compare to

Trivia: Frederick IV, Count of Tyrol from 1406 to 1439, was nicknamed ``Frederick of the Empty Pockets''. Source: Gold and Spices: The Rise of Commerce in the Middle Ages, Jean Favier.

Currently Reading: Nixon's Darkest Secrets: The Inside Story of America's Most Troubled President, Don Fulsom. So granting there's basically no limit to stuff you can say bad about Nixon that's true, but when the second chapter gets into his ties to people who were involved in Kennedy Murder Conspiracies? I feel like I need more careful laying-out of the background here before buying the stuff about his mob ties. Kind of similar in the chapter speculating about whether he was homosexual, which ... I mean, could be, but after laying out a prima facie case for considering it there's some futzing about with how it might give psychological insight into the man without quite doing the work.

PPS: Stuff we found on Sunday afternoon at ReplayFX 2017: 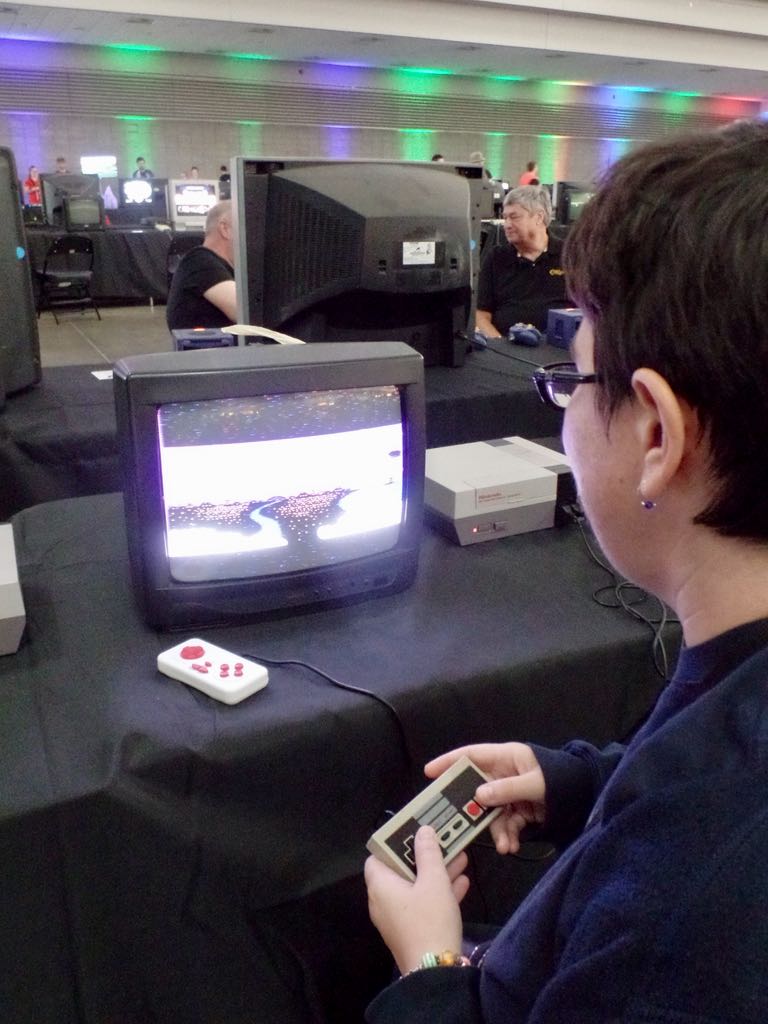 Among the home video game consoles set up was this ancient Nintendo with the Little Nemo in Slumberland game, which

bunny_hugger played very well as far as I can tell. 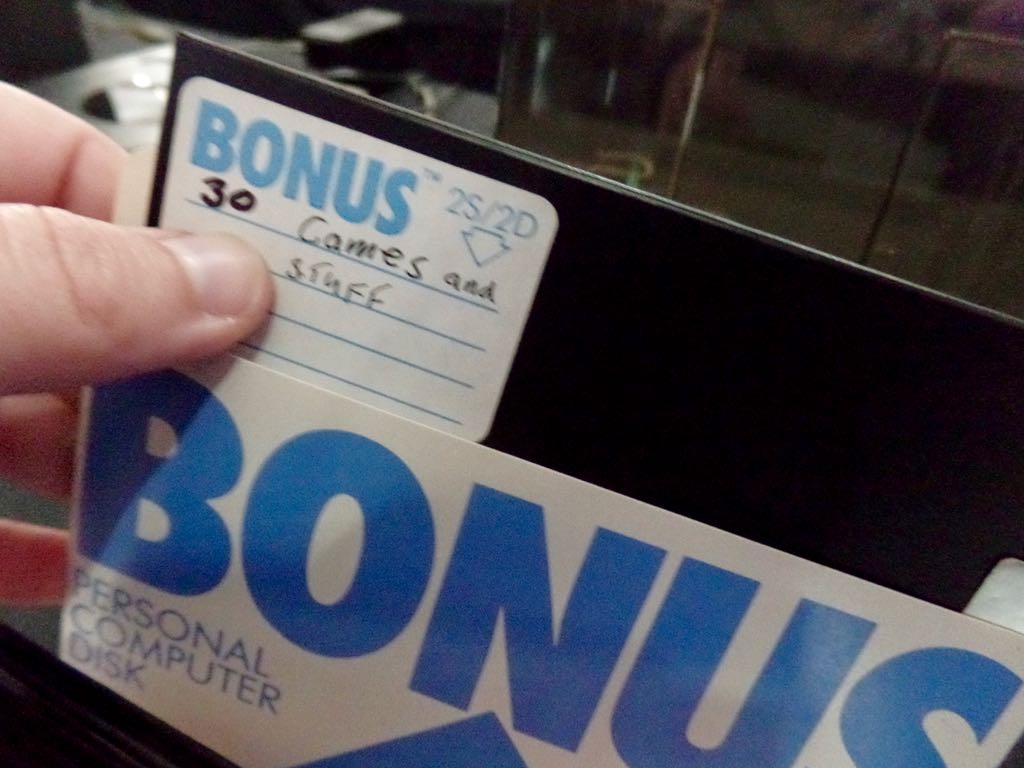 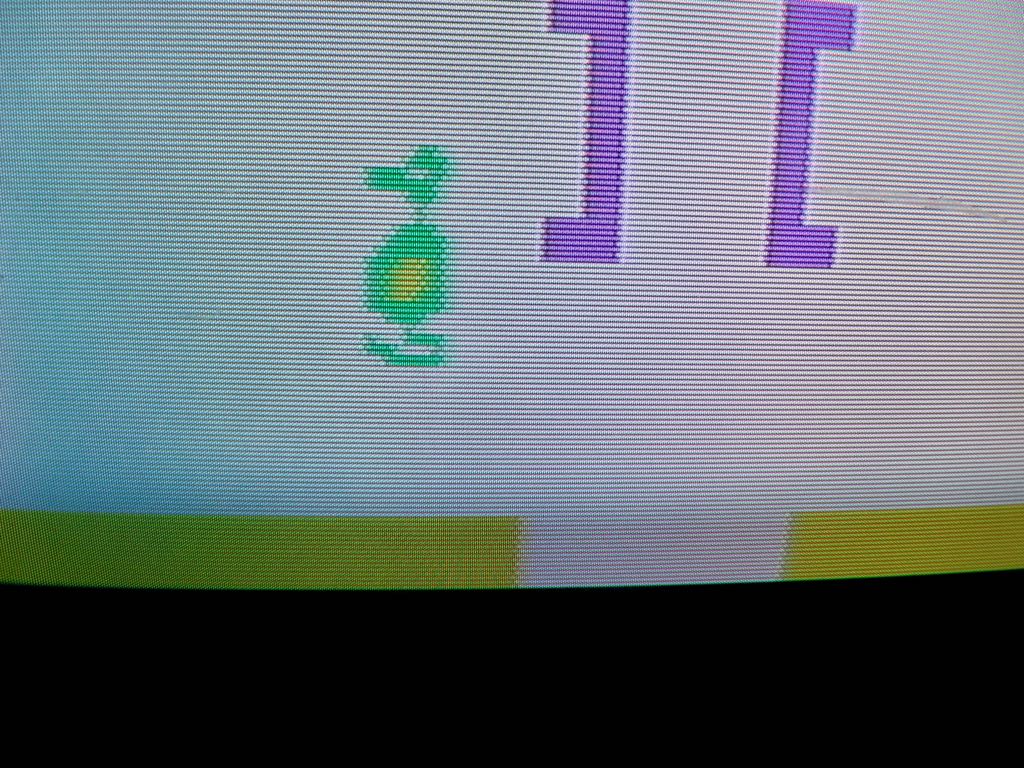 I am informed by someone normally reliable that this is a dragon from the Atari game Adventure and that it maybe has eaten our player-character or something?