Ain't Got No Distractions, Can't Hear No Buzzers Or Bells

This past week I used one of my Pinburgh photos on my mathematics blog. Which one? Which entry? It's one from this set. Hint: it's a photo I used on this very blog within the past week!

And in the story strips? A special out-of-sequence recap. What's Going On In The Amazing Spider-Man? Who's Now Writing Spider-Man? September - November 2018 plot update.

With no scheduled pinball competition for Sunday we could just take in a show or do something else at ReplayFX/Pinburgh 2017. 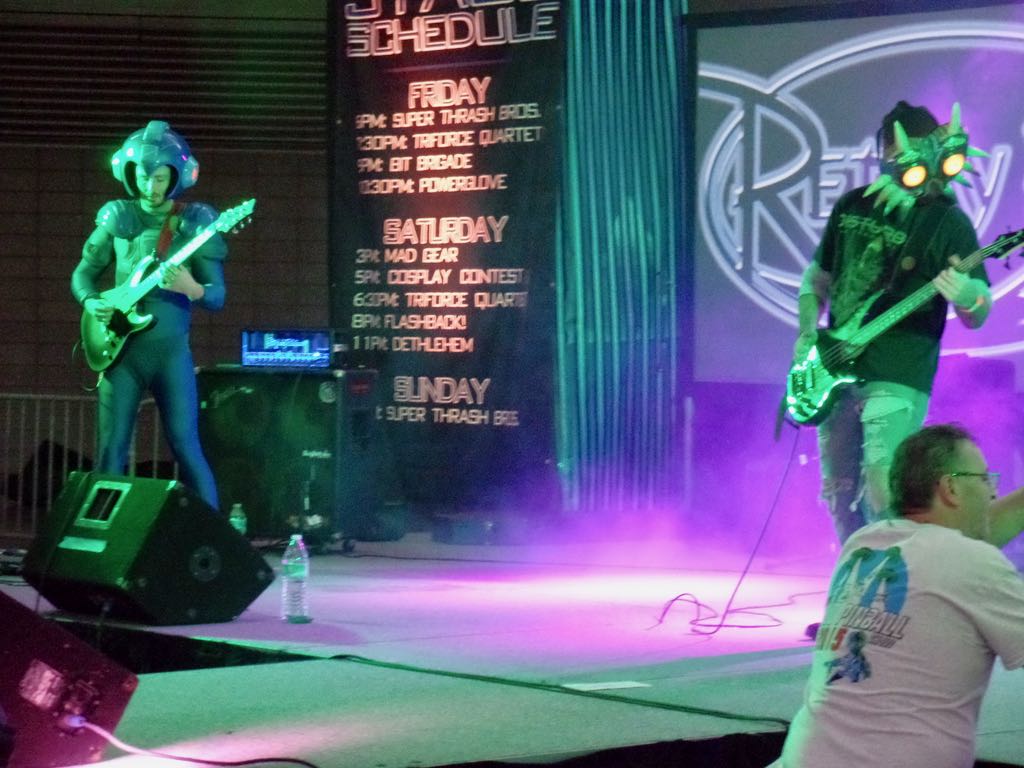 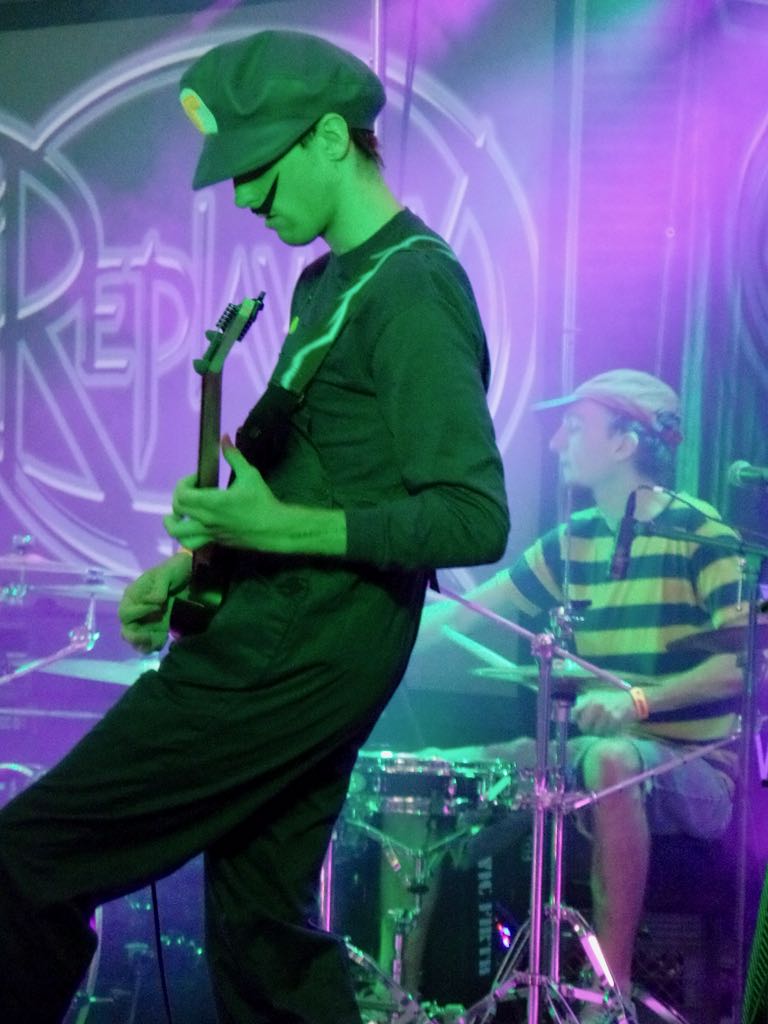 Guy that I've seen fan art for on guitar while guy who's maybe not in costume? I don't know? plays drums. 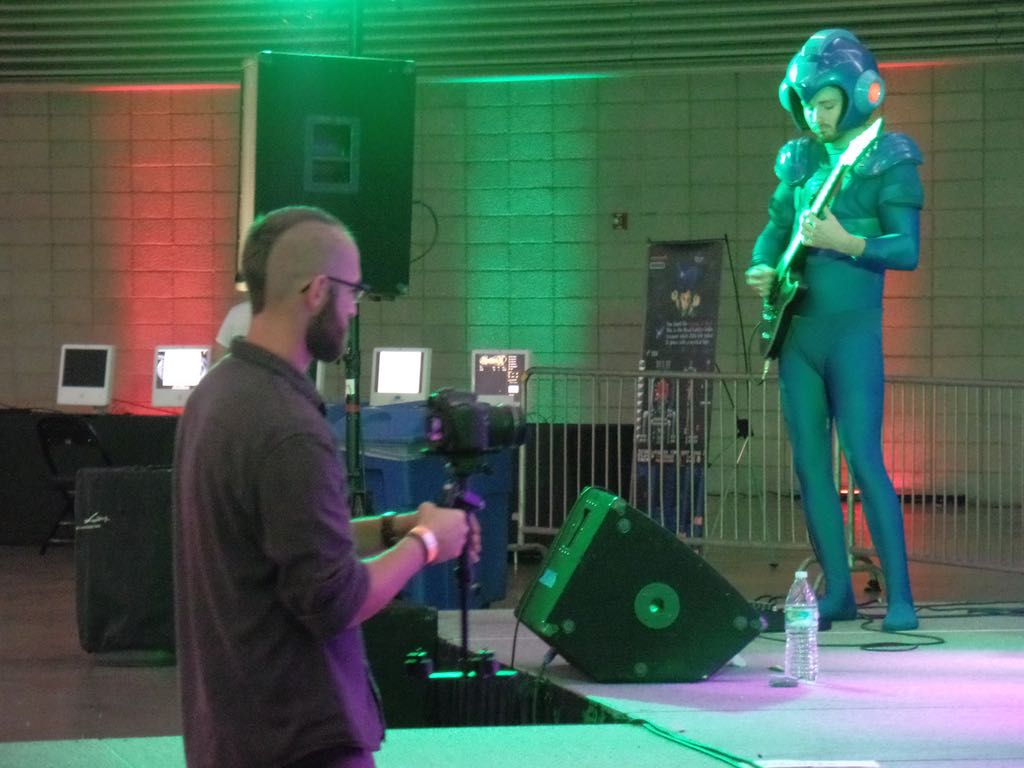 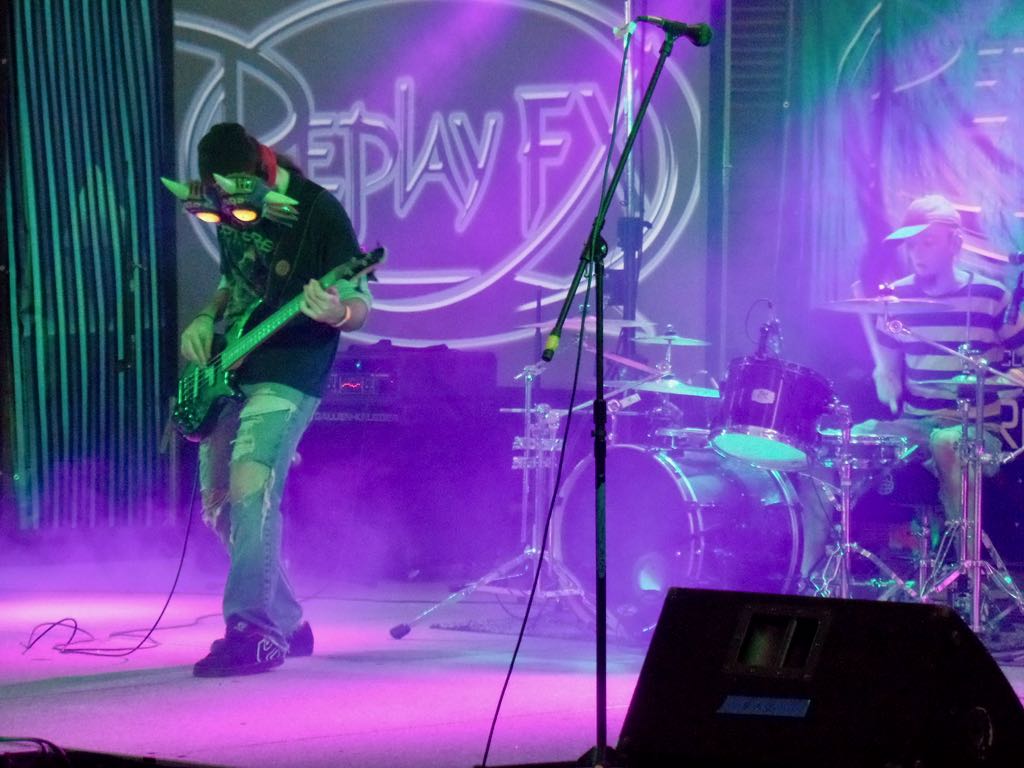 Musician dressed in some kind of spikey-glasses face mask performing as part of the Super Thrash Brothers. 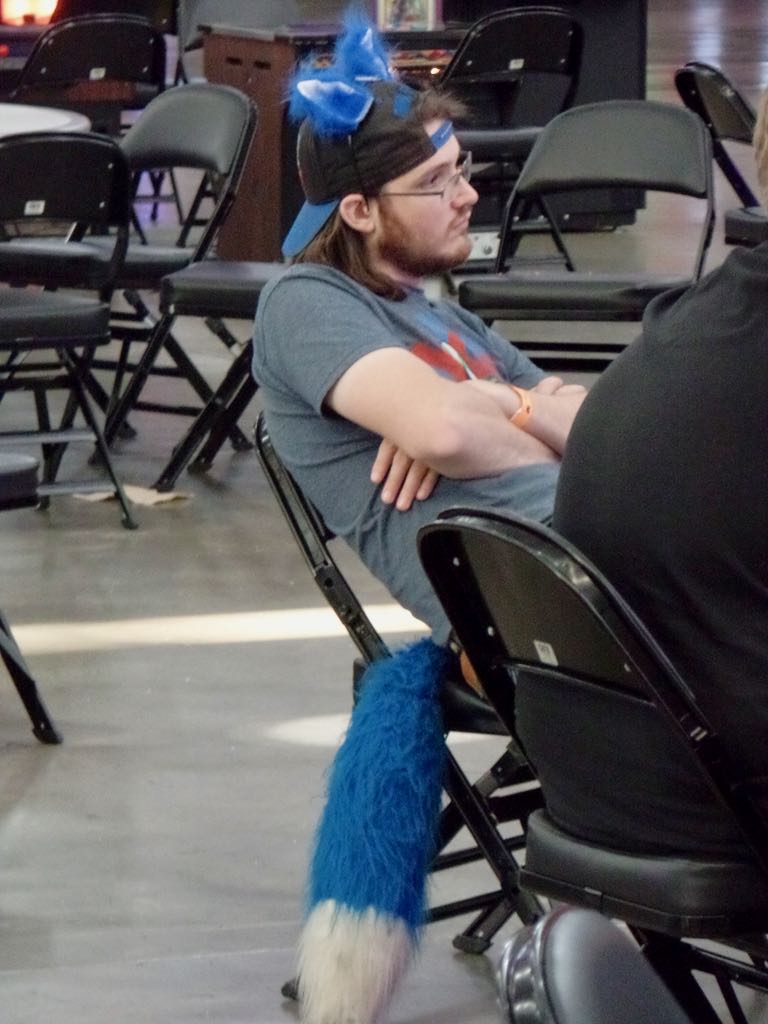 Someone in the audience who's either two weeks late or fifty weeks early for Anthrocon. 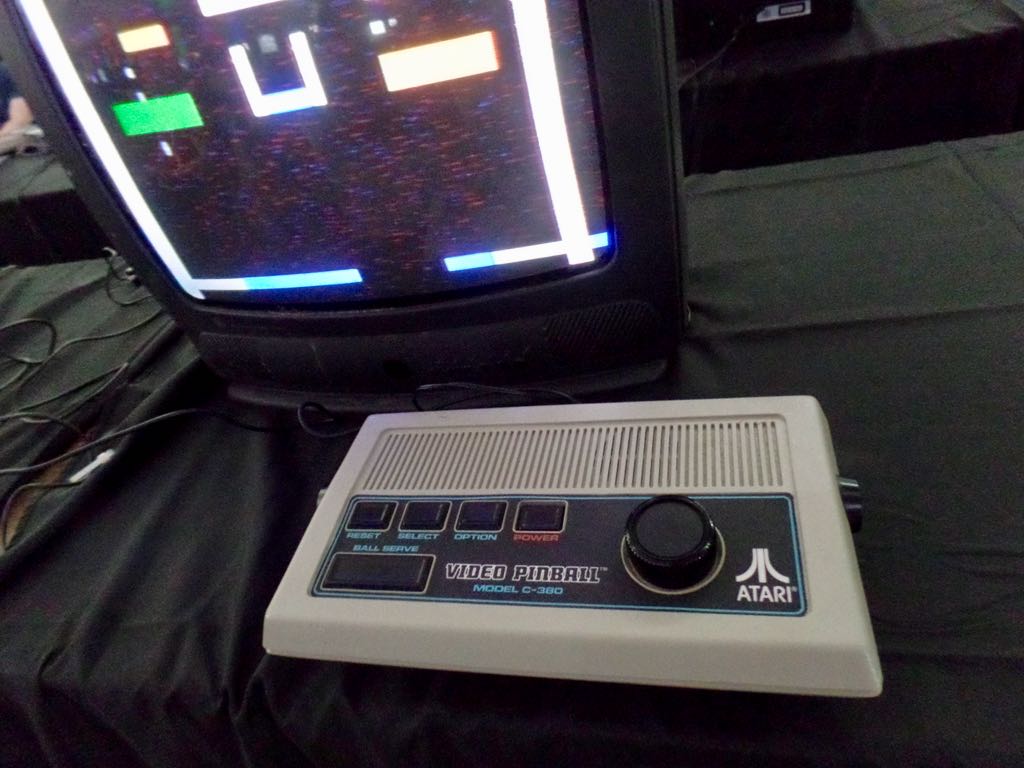 Among the home arcade games: Atari's video pinball, for people who want to play something so vaguely related to pinball as to not satisfy an urge to play at all. But don't you love that old-fashioned styling and the mystery of how to play pinball with a dial?

Panoramic photograph of the main venue, taken from up on stage and showing off the audience seating and some of the floor competition areas (to the right) . 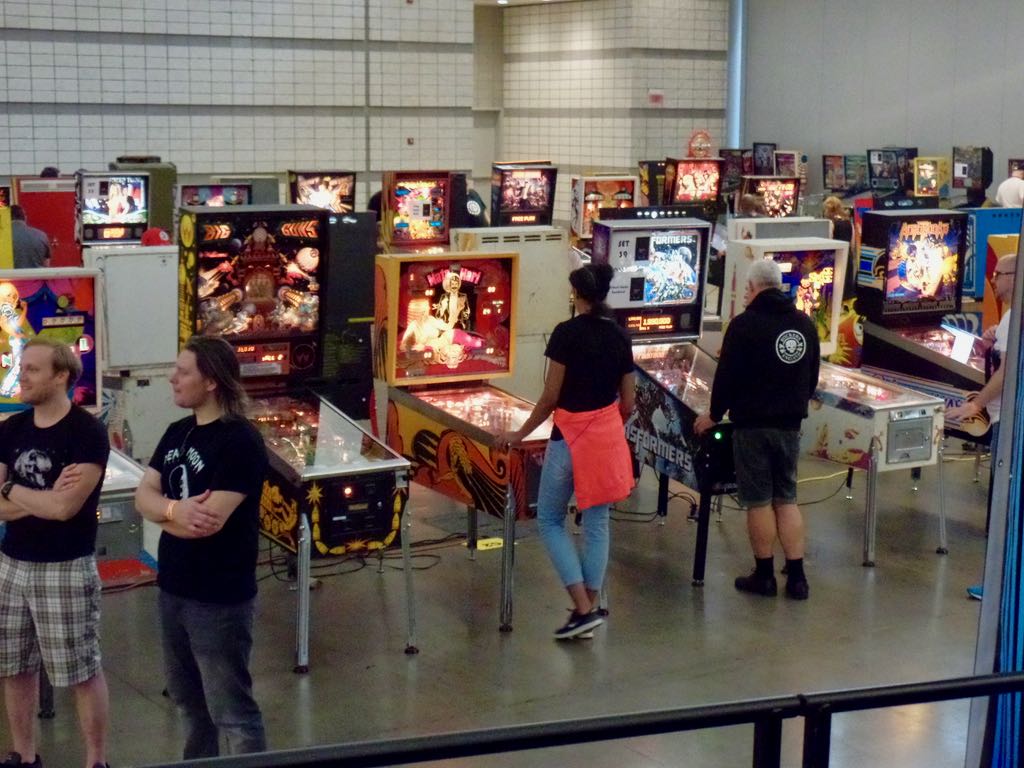 Floor competition sets as seen from up on stage. 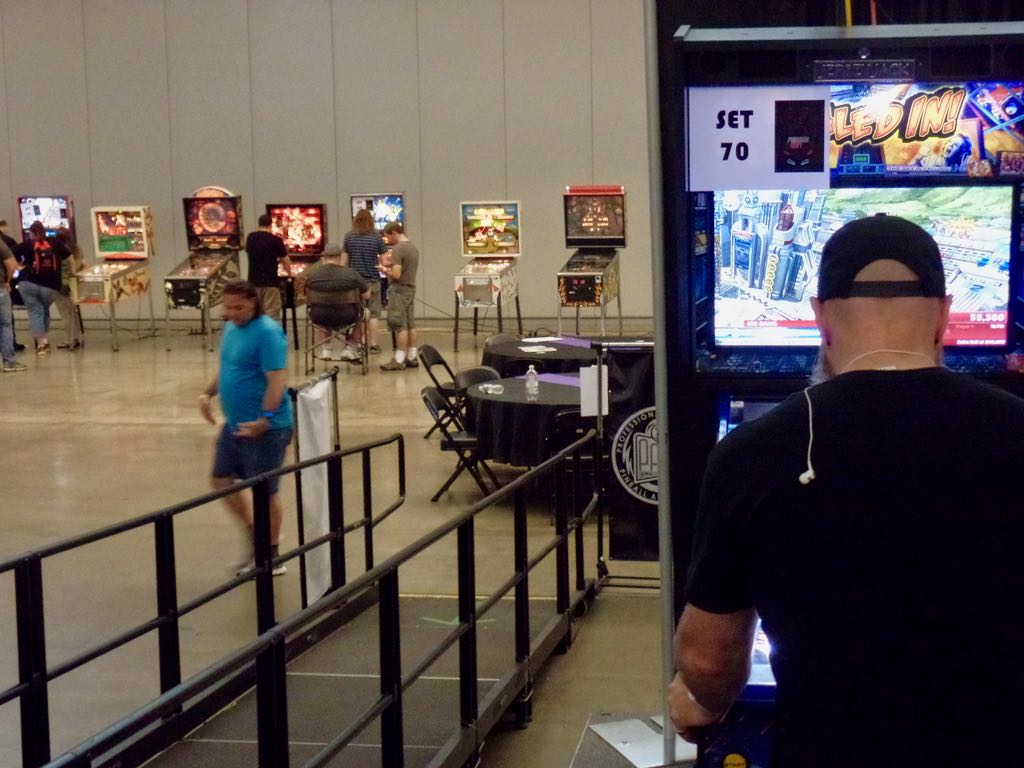 And on stage. Person playing Jersey Jack Pinball's Dialed In!, the phone-themed pinball game. The ramp to get on stage is to the right. The far background is backup games for the main tournament. Also tables reserved for tournament officials to rest.

Trivia: For the shipment of the orbiter Columbia from Palmdale, California, to Kennedy Space Center in 1979, Styrofoam temporary tiles attached with double-backed tape took the place of about seven thousand not-yet-installed thermal tiles. (There were about 34,000 tiles altogether.) Source: Development of the Space Shuttle, 1972 - 1981, T A Heppenheimer. ... So what happened to the temporary tiles? Like, yeah, surely at least some were destroyed but some must've been kept in case of future need or sent to museums or something?

Currently Reading: Nixon's Darkest Secrets: The Inside Story of America's Most Troubled President, Don Fulsom. Wait, Nixon was in Dallas the day Kennedy was murdered? That's something freaky-for-no-clearly-definable-reason enough I'm surprised not to have heard it before. I'm not surprised to learn Nixon was working for Pepsico, though. That feels somehow, yeah, about correct.