Down in the underground, a land serene, a crystal moon

Oh yeah, whoops. This should have gone between the Halloween news and Bronner's. Well, here it'll be a nice break between pinball-event reports.

One thing we failed to do in October was get to a haunted house. Or to the Crossroads Village outside Flint, which decorates its relocated historical buildings for trick-or-treating. Just too busy. But the weekend after Halloween was the last couple days for something

bunny_hugger hadn't been to in years, and that I'd never been to. This was a corn maze. Most of my experience with the things is reading the running gag in Sally Forth comics, where ever-more-desperate and improbable things happen to the Forths as they try to get through a corn maze. (``Why ... why are we seeing ourselves from ten years ago? Why can't they see us?'') We did not have such dramatic results.

We went to a maze that's just a little outside town, on the Interstate a few miles past our veterinarian's office. Nevertheless --- and though it was just off I-96 --- it was surprisingly dark. We could see the Milky Way. At least when not distracted by the lights of people who were using their cell phones and frustrated that they were back at the entrance once again. Also once we, with regret, turned off the light-up antlers which

bunny_hugger had gotten on sale at the Halloween store after the holiday. They're great and will surely be a hit at Christmastime pinball events. They were just too bright for the maze as it was.

A big maze, too, at least so far as I know. They showed us a map of the whole thing before we went in. This let us see the pictures drawn out, which included an outline of Alaska and of a cruise ship because apparently corn mazes can now be sponsored by cruise liners running promotions? Anyway that barely helped; you'd need a faster memory for pictures than I have, and would need to be better than both of us at rapidly converting the overhead map to walking directions.

We took the map the way old mathematicians and Amiga dungeon-crawler games suggest: pick a wall and just keep that one on the right. This isn't guaranteed to work. It's certainly not guaranteed to be efficient. But we never felt lost, and only one time were we in danger of getting lost. We started down the corridor of one of the escape paths, and were warned off by one of the guides sitting atop lifeguard-style towers. But we did much better with this simple old technique than did people trying the old ``well, let's walk toward the lifeguard tower'' trick. We had a couple of aimless loops, but none that took more than a couple minutes, and none that left us lost. A greater number of dead ends, but we were willing to brave that.

Midway through we saw this gorgeous skyline, bare trees silhouetted against the clouds illuminated by the distant city, with the sky above that. We tried a while to take a photograph, but that's just too much of a lighting challenge for consumer cameras held by people without tripods. Ultimately we had to just enjoy seeing the thing there, as we lived it, rather than capture a glimpse of it for later.

In the end we needed about 75 minutes to get through the maze. They had estimated the maze as one that took an hour to get through the whole way. Not down every avenue, of course. But still: we did quite well, and got to enjoy feeling ourselves deep at night in tall corn and feeling comfortably lost, at least when we let huge packs of people with lights strapped to their foreheads referring to their cell phone pictures of the map go past.

Still would've been nice to get to the Crossroads Village, but sometimes you just don't have time and have to appreciate what you do get to do.

Trivia: A stone arch, for a bridge, of 295 feet was erected in 1903 at Plauen in Germany. It was (at least as of 1956) the longest stone arch on record. Source: Engineering in History, Richard Shelton Kirby, Sidney Withington, Arthur Burr Darling, Frederick Gridley Kilgour.

PS: I'm Looking For The Last Topics For My Fall 2018 Mathematics A-To-Z, so if you want me to explain a mathematics thing with a name starting 'W', here's your chance!

PPS: Pinburgh 2017 and ReplayFX were over. Don't despair. Here's something to take the edge off. 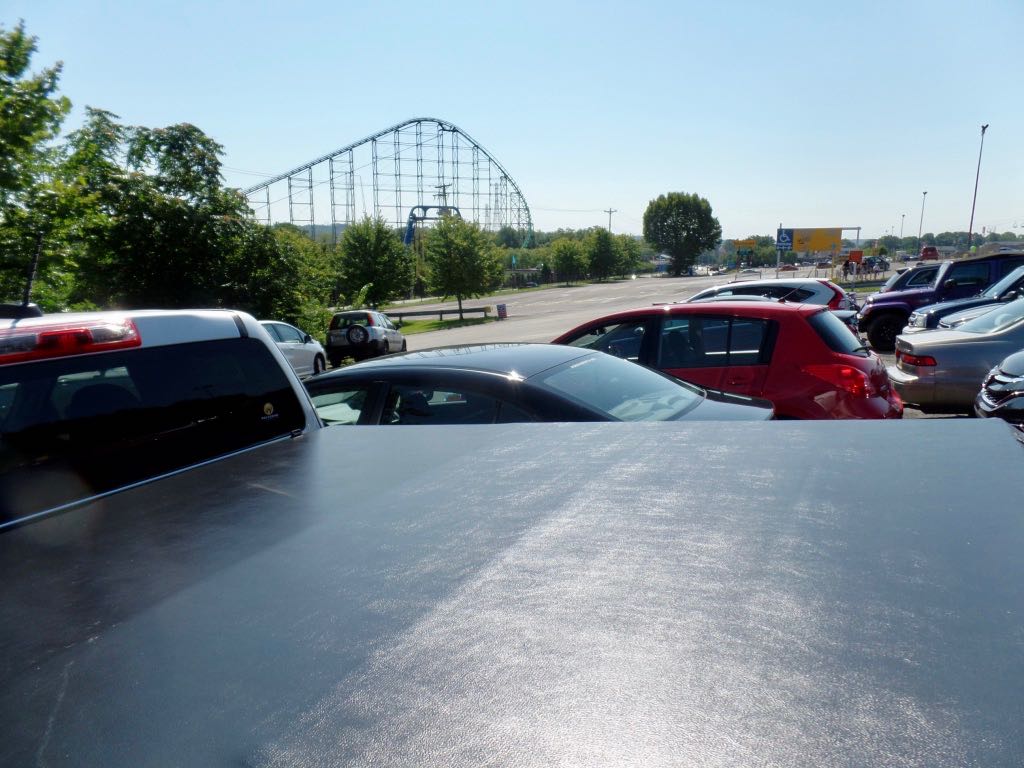 First look! Our day-after-Pinburgh trip to Kennywood. We parked in the free lot, which isn't far from the main entrance anyway. 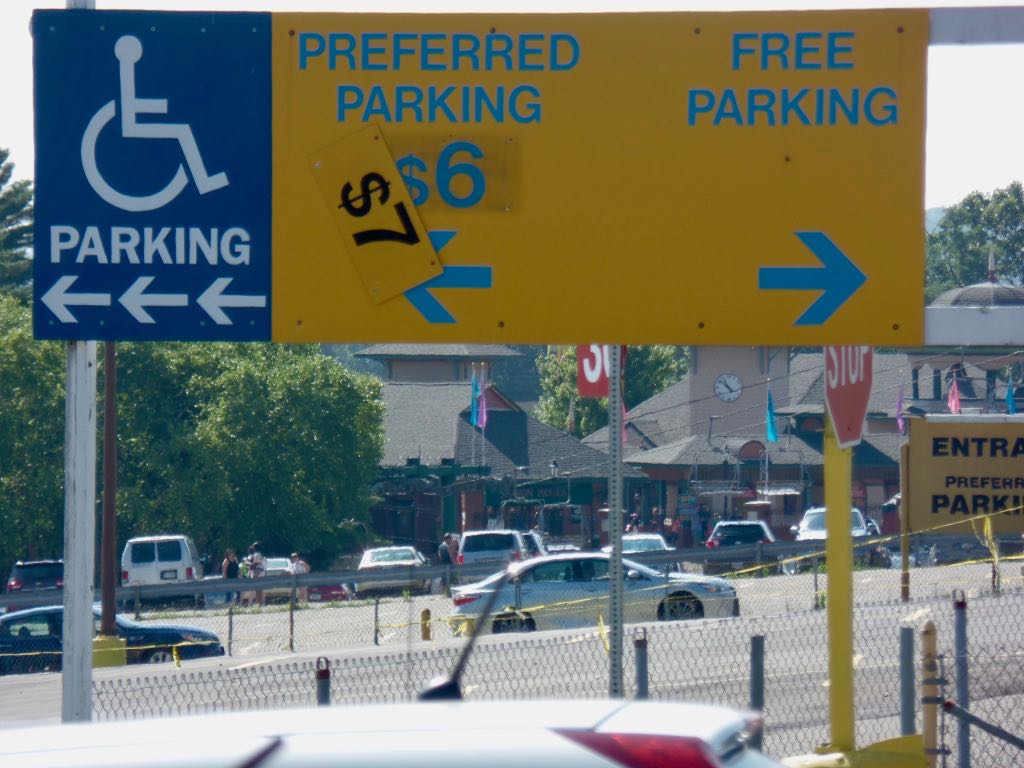 Hey, good news! The cost of preferred parking is falling! 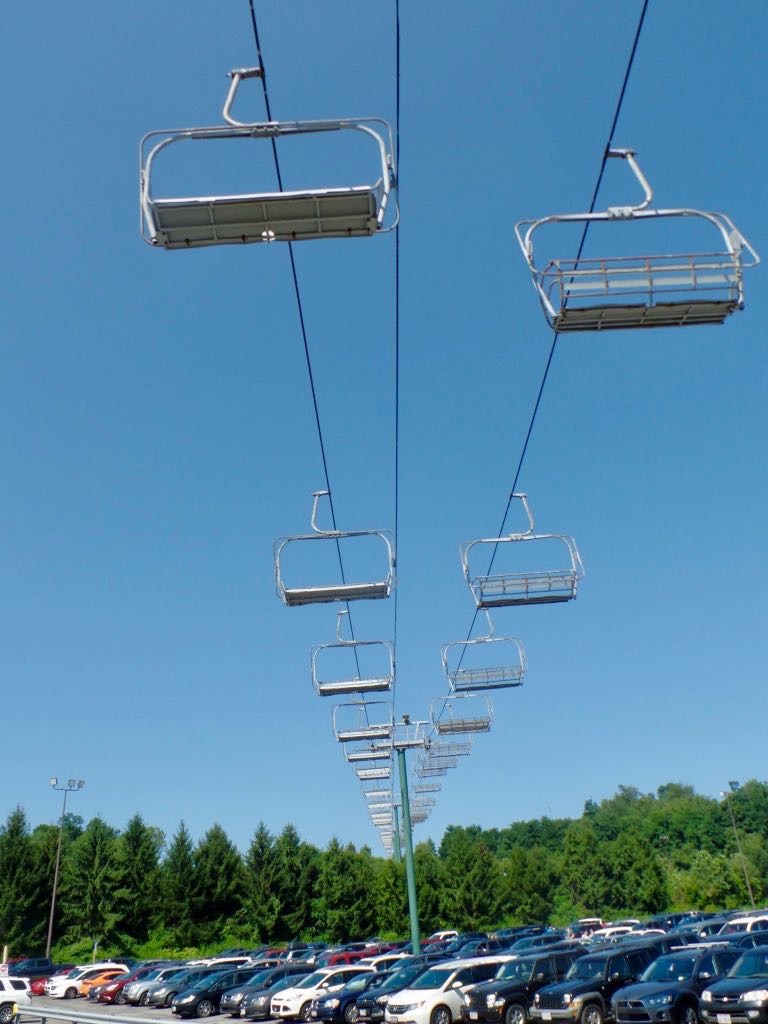 The ski lift. This runs from just outside the main entrance to a distant free lot far up the hills, in the background there. We've never seen it running, but have heard of the park being busy enough to need it as recently as ... well, 2013, where they used it three days after our visit.