The sweetest grape on the vine

By the mere count of number of essays this was a light week on my mathematics blog. Somehow everything got to be an 1,800-word essay, though, so it wasn't at all easy. You saw this if you put it on your Dreamwidth Reading page. Or if you have your RSS reader link to it all. Or if you were just waiting to see the summary of what got posted around here the past week? It was this:

And the big questions for the story strips this week: What's Going On In Gil Thorp? Is Tiki Jansen Academically Eligible or What? August - November 2018 plot recap here. 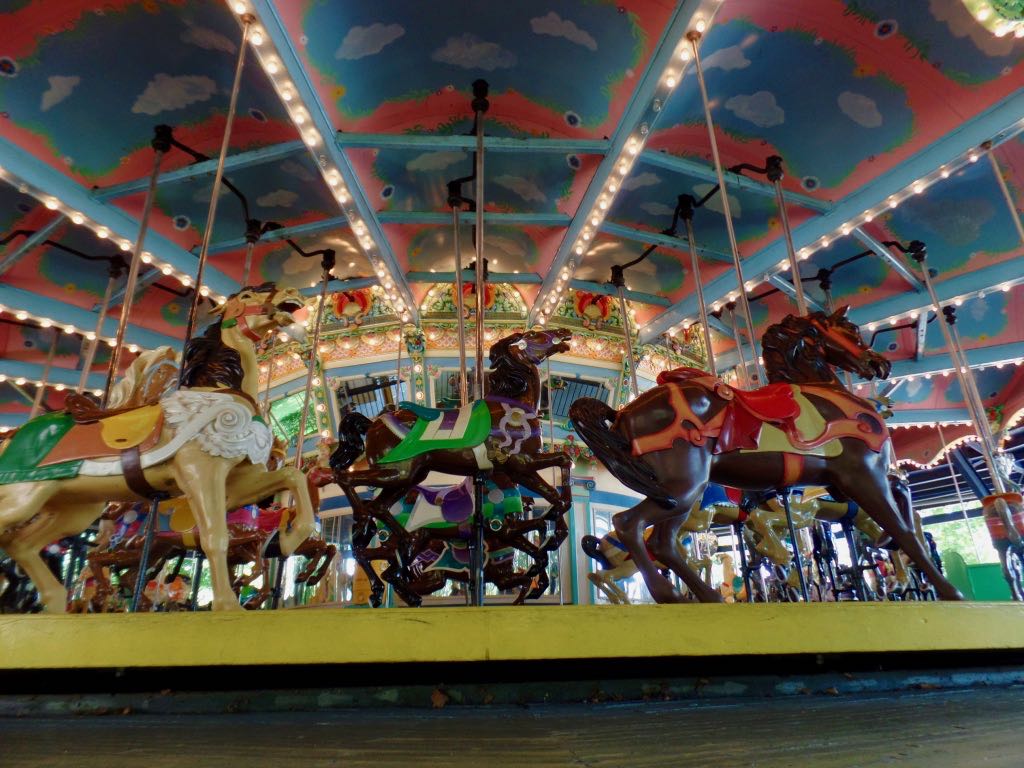 And a look way up at Kennywood's Grand Carousel, including my favorite part to glimpse, the several inches between the carousel platform and the ground underneath. The ride hangs from the top. 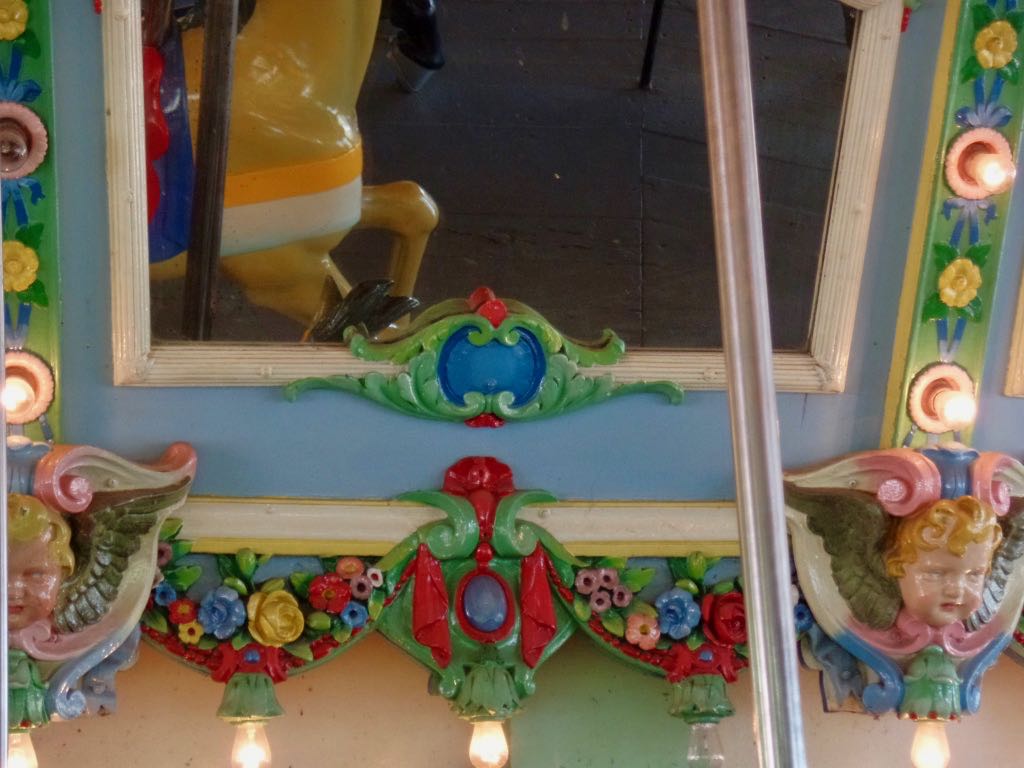 Close-up of the mirror and decorations and cherub heads on the carousel. 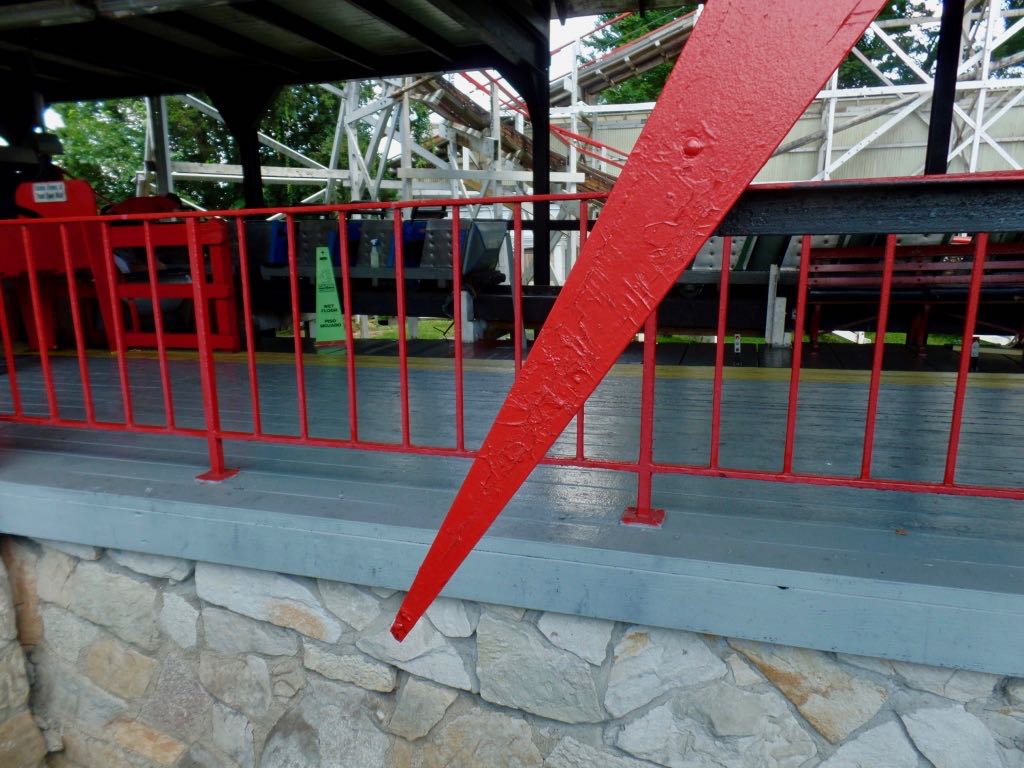 Lightning! The platform for the Thunderbolt roller coaster, with the lightning-shaped vertical stroke of the 'T' in the ride's sign slicing through the scene. 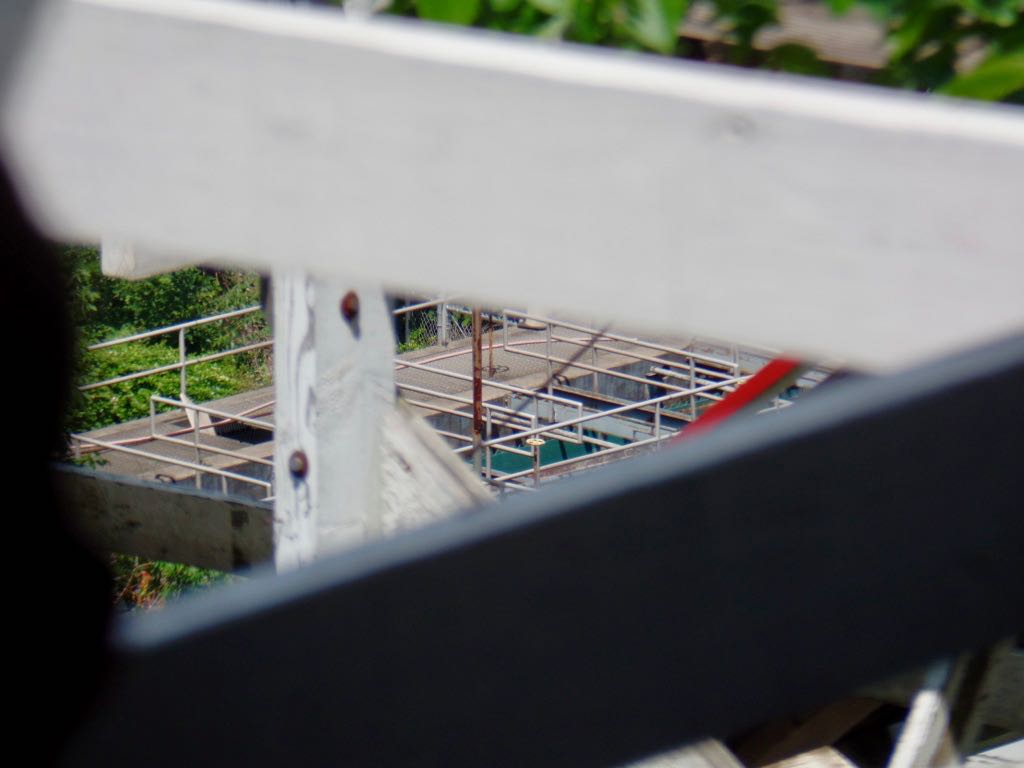 Peering through the supports of Thunderbolt at some of the maintenance and access paths beneath. Thunderbolt's at the top of a hill; its first two drops come before its lift hill. 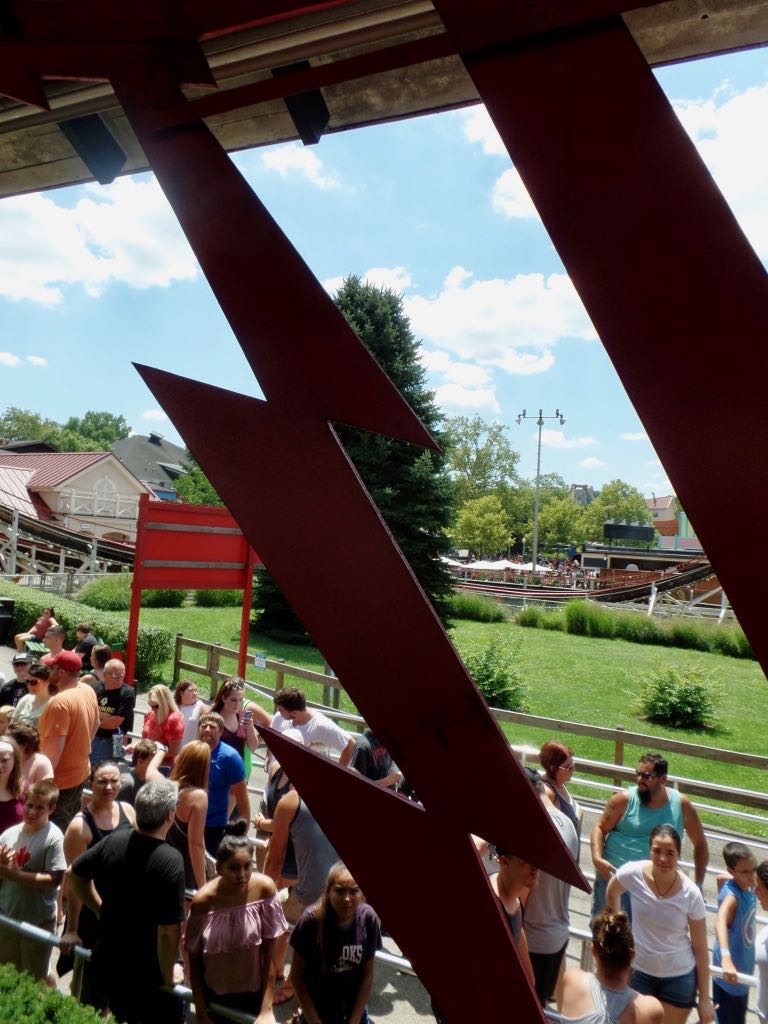 And from inside the station: the Thunderbolt lightning bolt cuts through the view of the queue and the grassy infield of the ride. 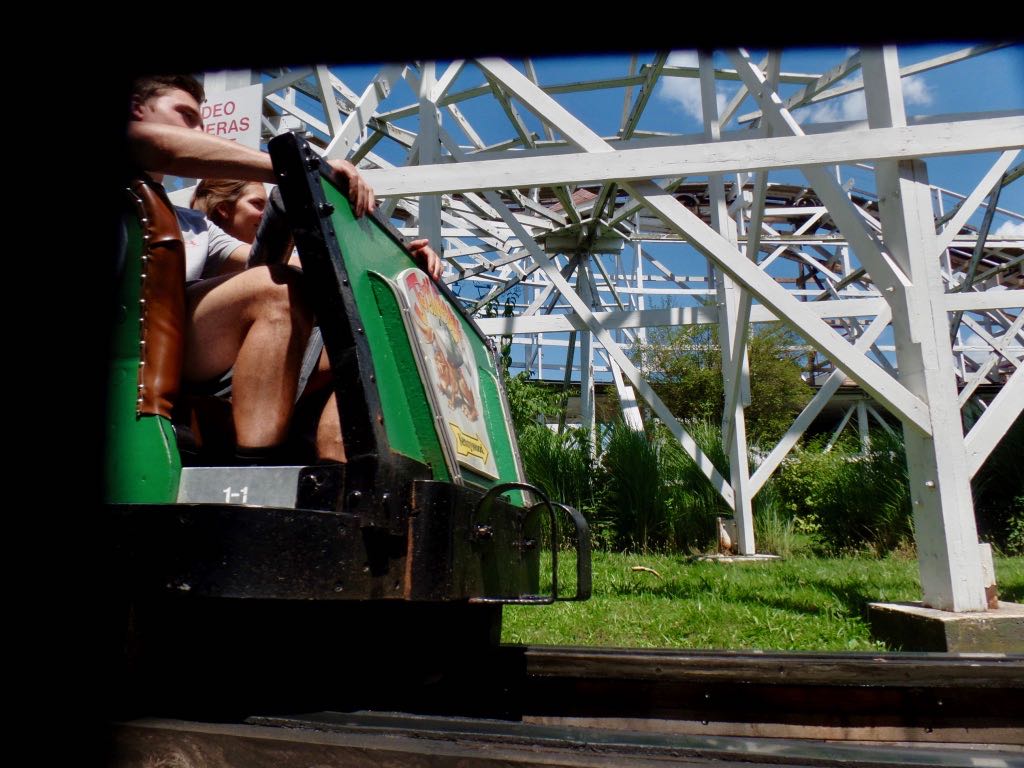 Jackrabbit, the oldest roller coaster at Kennywood, and one of the oldest that still operates anywhere. 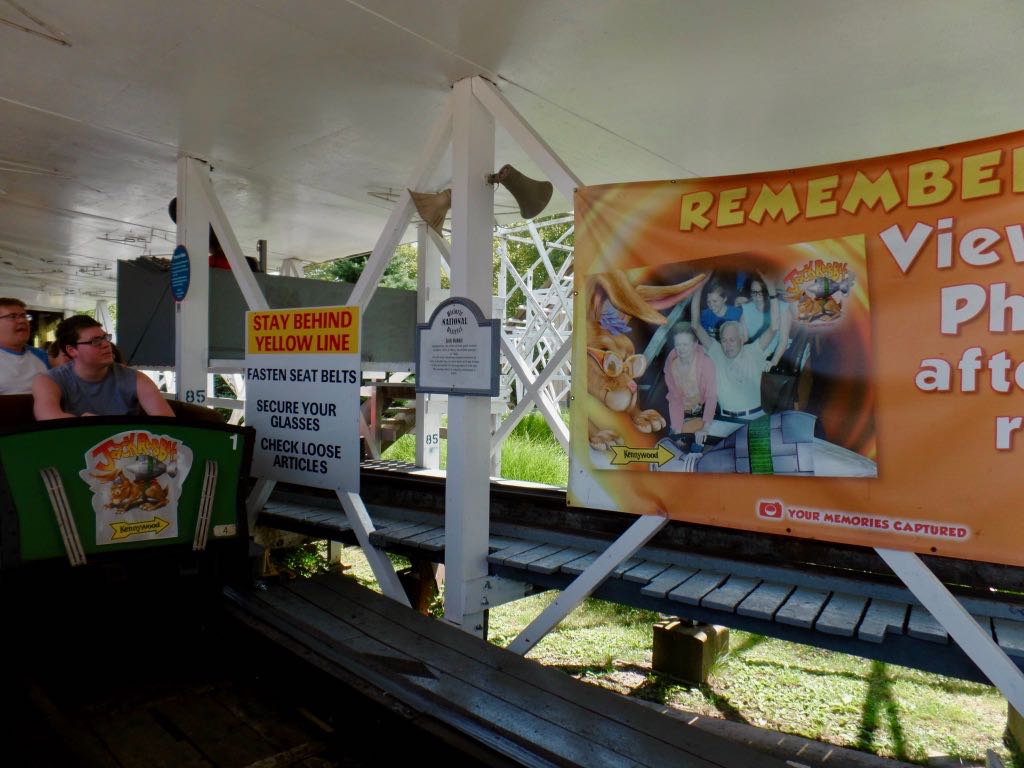 People reviewing the safety sign, the historical plaque, and the ride-photo featuring an elderly couple, the woman of which seems to be regretting the life choices that have led her to this ride. I mean, good on them for using a photo that isn't bland young white people smiling, but didn't they have any older riders who didn't look in pain? 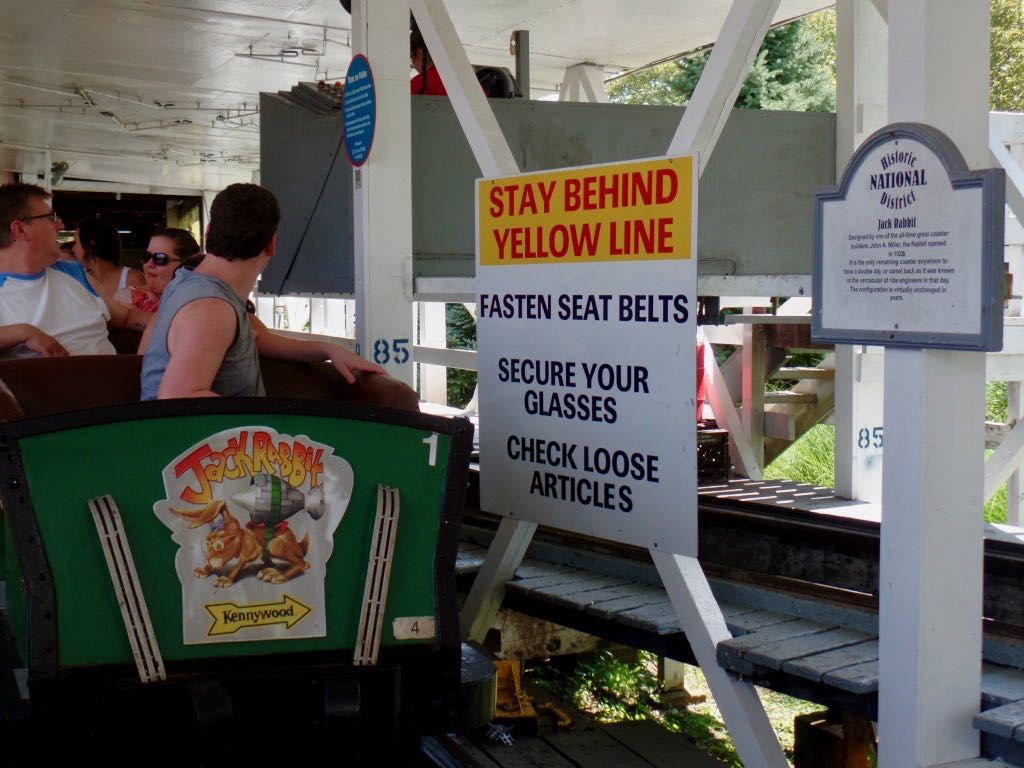 Checking with the other riders to see if they got all that and agree about the sample ride photo. 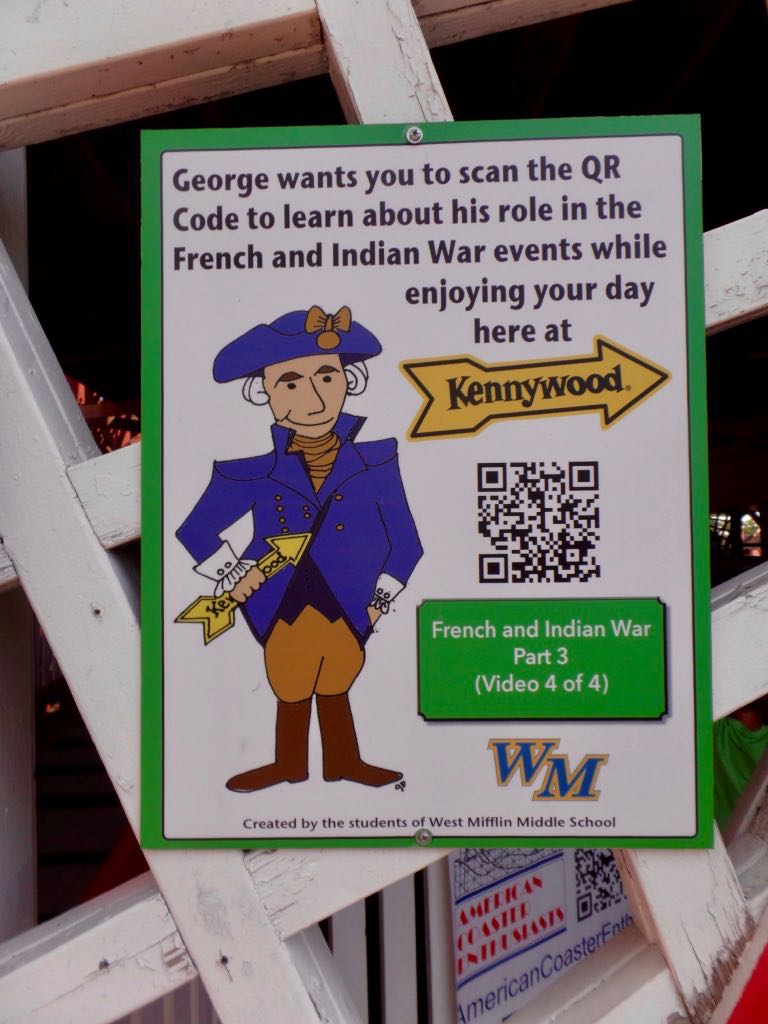 Trivia: The engraving of a fly which Robert Hooke made for his book Micrographia, showing the wonders visible through the microscope, folded out to twelve inches by eighteen inches. Source: The Clockwork Universe: Isaac Newton, the Royal Society, and the Birth of the Modern World, Edward Dolnick.