Listen to the murmur of the cottonwood trees

So we were feeling pretty good about our fence, after all, for a couple of weeks when we noticed something going on two houses down. That house is a duplex, and it's gone through several owners in the past decade. Including, earlier this year, a suspiciously short sale just ahead of tax foreclosure.

bunny_hugger has the feeling that a family which owns the duplex is living there now, based mostly on how they go out and actually do substantial work on the house and the yard.

One bit of substantial work has been putting up a fence. First the big vertical posts and then, bit by bit, over the course of a couple weeks, the rest of the fence. It looks much like ours, a solid dog-eared privacy fence.

bunny_hugger suspects, probably correctly, that they're figuring to divide the yard so that they and tenants in the other half of the duplex can enjoy privacy. She also feared that now that half the yard was well-fenced they'd start letting their dogs out all day, rather than let out to run around (and bark) a short while. Not so, though: the dogs have been let out on the nearer side, where yes, there's a good privacy fence on one side, but the rest of the yard has a chain link fence and some open space.

The baffling thing is the deck. The duplex has one. It's maybe two feet off the ground. They decided to build the fence right up through the deck. And did this in a manner that befits a dopey 1980s sitcom about one interesting and one boring sibling who've been adopted by a rich bachelor, in the plot where they can't agree about who's more at fault for the bedroom being all messy. The fence runs at ground level, right up to where the deck begins. Then it jumps up. So on top of the deck the fence is six feet tall too. It looks like a Tetris piece fell into the backyard. It's kind of funny in that way something just inexplicably weird will be. I'm kind of impressed.

Trivia: In July 1943 the US Navy took the option on their research contract with Robert Goddard, extending it for a year and increasing its total value from $87,267 to $191,867. Source: The Long Space Age: The Economic Origins of Space Exploration from Colonial America to the Cold War, Alexander MacDonald.

PS: How about a quick look at one of Kennywood's historic rides and one that's nearly extinct? 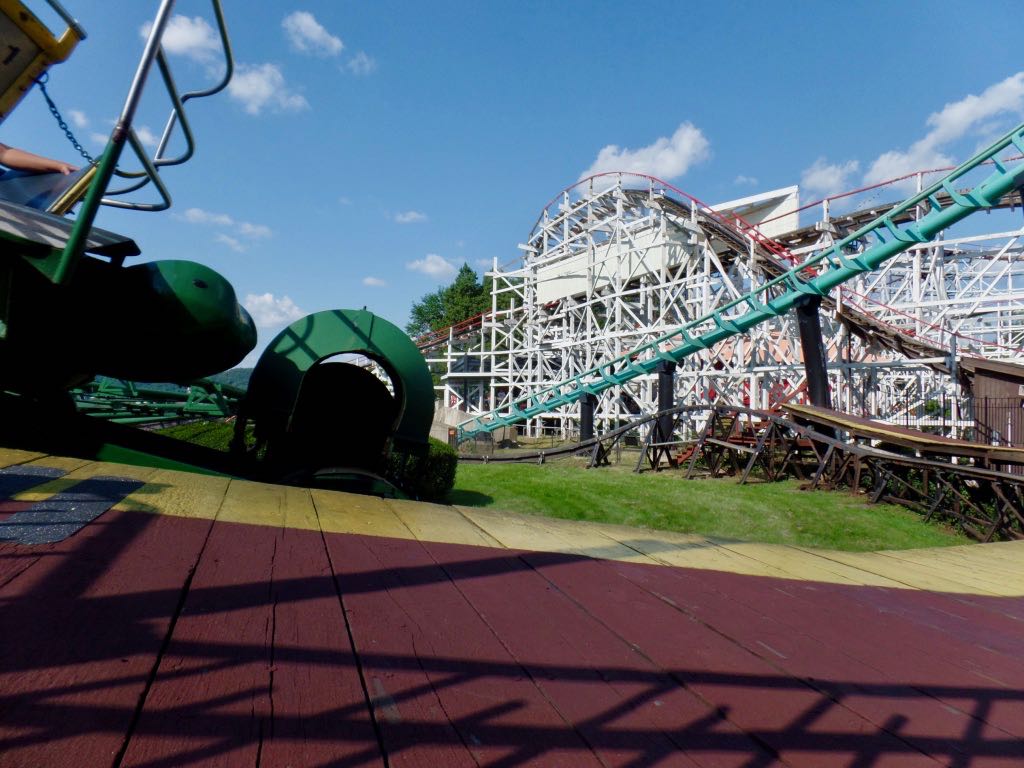 Platform shot of the Turtle, one of only two of this model ride still extant. The green track in the background is the Phantom's Revenge roller coaster. The big heaping pile of white wood is Thunderbolt. 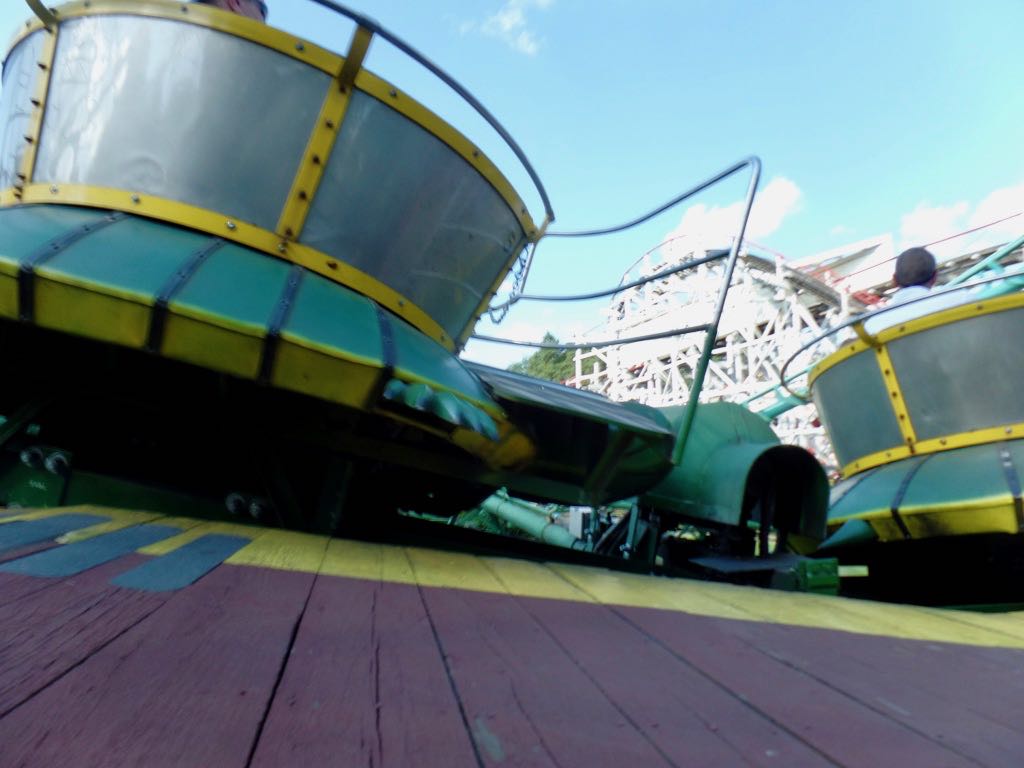 Platform-level shot of the Turtle rumbling its way past. Also showing off some of the detailing that makes it a Turtle rather than a Tumble Bug (as the other extant case of this ride, at Conneaut Lake Park, is). 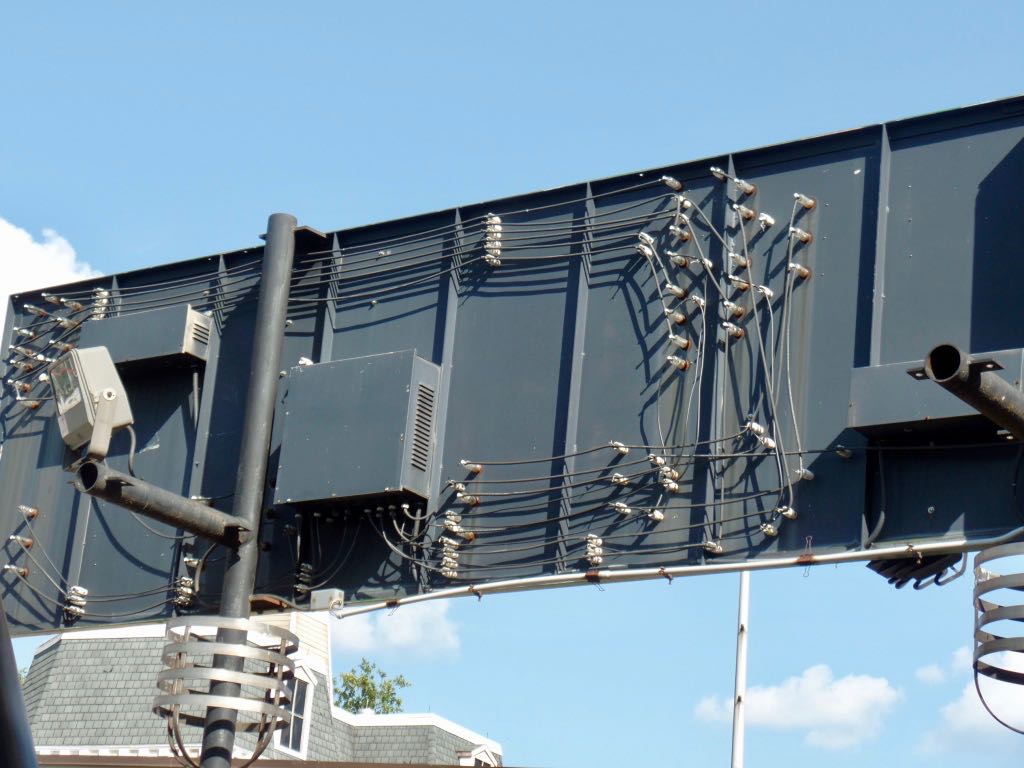 Lights! Specifically, the back of the Turtle's animated neon sign, showing off some of the workings of the sign. I have pictures of it at night for comparison. They'll come later.