To the earth you are scattered

When Penelope, our failed-foster Californian rabbit, died there was stuff unfinished. Of course there was. We had brought her in for surgery, and if she had survived we'd have got her back after our Pinburgh trip. That she was rushed to surgery hours after we brought her in, and that she died shortly into that, meant things got disrupted. Mostly, we hadn't cleaned out the area around her pen. If she had lived, we would have used her time in kennel to clean out the loose hay and droppings and miscellaneous debris that flowed outside her pen in our bedroom. As it was, we were too shocked right away to clean things up. And then the unfinished nature of the cleanup became itself important, a memorial to a life with her that had barely started and got smashed.

Rabbit droppings are clean, as these go. They don't smell. Cecotropes do, but a healthy rabbit eats those as they're emitted. They're hard, and dry, and on the hard surface of a wood floor or dense-fibered carpet don't do anything nasty. So it was easy enough to leave them there. And keep leaving them there.

Rabbit droppings are actually a decent fertilizer, put into a compost bin or set on the ground. We had thoughts to put them in one of the flower boxes or something, but it was always easier to not deal with them than to do something. So this corner of our room remained, reminding us of our second interrupted rabbit of the past twelve months.

This weekend we're planning to get our Christmas trees, one of which we put in our bedroom, in that spot which had been Penelope's cage. And so it was finally time to clean that area up. We gathered up her last droppings, and set them into a couple of potted chili pepper plants wintering over in our nice warm guest bedroom. The plants have surprised us with their heartiness and we're hoping they'll make it through to spring. And as

bunny_hugger collects the seeds from them, and grows new plants from those seeds, well. The seeds themselves are from

bunny_hugger's history, when she made a post-divorce trip to see a now-estranged friend in Albuquerque. And now the seeds can merge their history with those of the rabbit we tried to foster and could let go only for the one cause.

Still, I'd rather have liked to know how we would have squared keeping a rabbit in our bedroom with setting up a Christmas tree in it.

Trivia: England's Navy Board, as constituted in 1660, had four officials --- treasurer, surveyor, comptroller, and clerk --- and three commissioners from the Treasury. Source: To Rule The Waves: How the British Navy Shaped the Modern World, Arthur Herman.

Currently Reading: Hägar the Horrible: The Epic Chronicles, 1977 - 1978. Dik Browne; editor, not clear. It's weird that the jokes are fresher and funnier even though the settings and the pacing and the characters aren't changed at all. There's a few jokes with art they probably couldn't do today, like one showing a whole catapult with Hägar dwarfed beside it, but ... like, where is the freshness if it isn't in the characters or scenarios or even the jokes themselves? 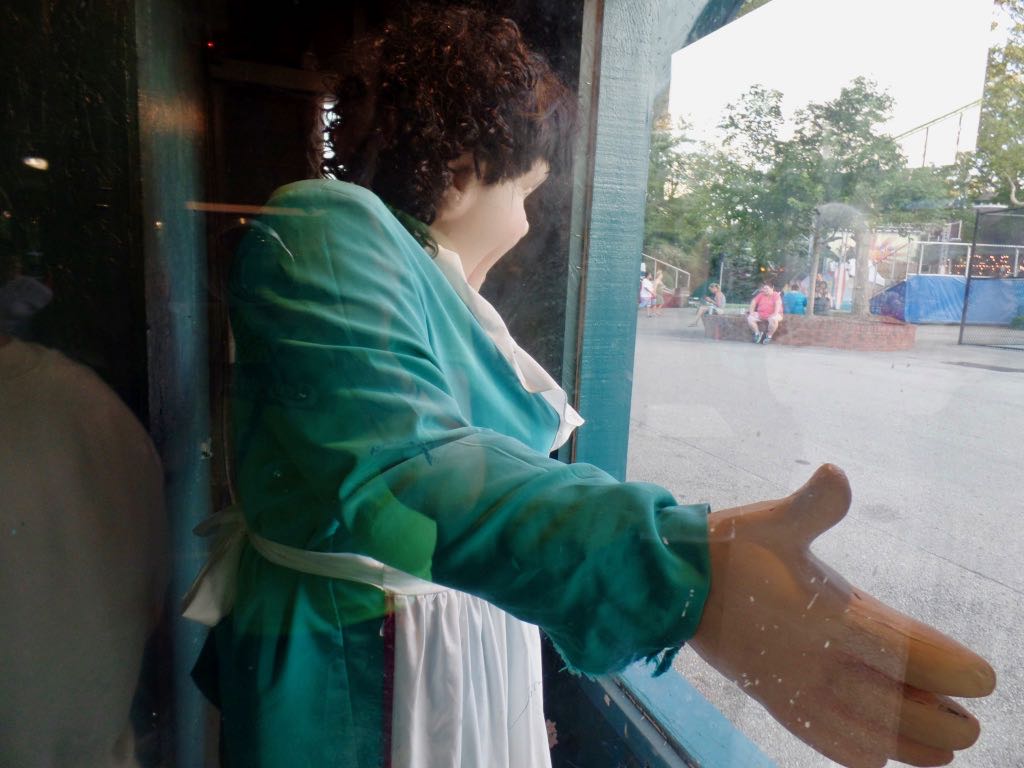 Rear view of the Laughin' Sal, a humanoid figure that shakes around in a not perfectly human way while an endless laughing recording plays. It's ... uh ... a thing? Maybe you have to be there. 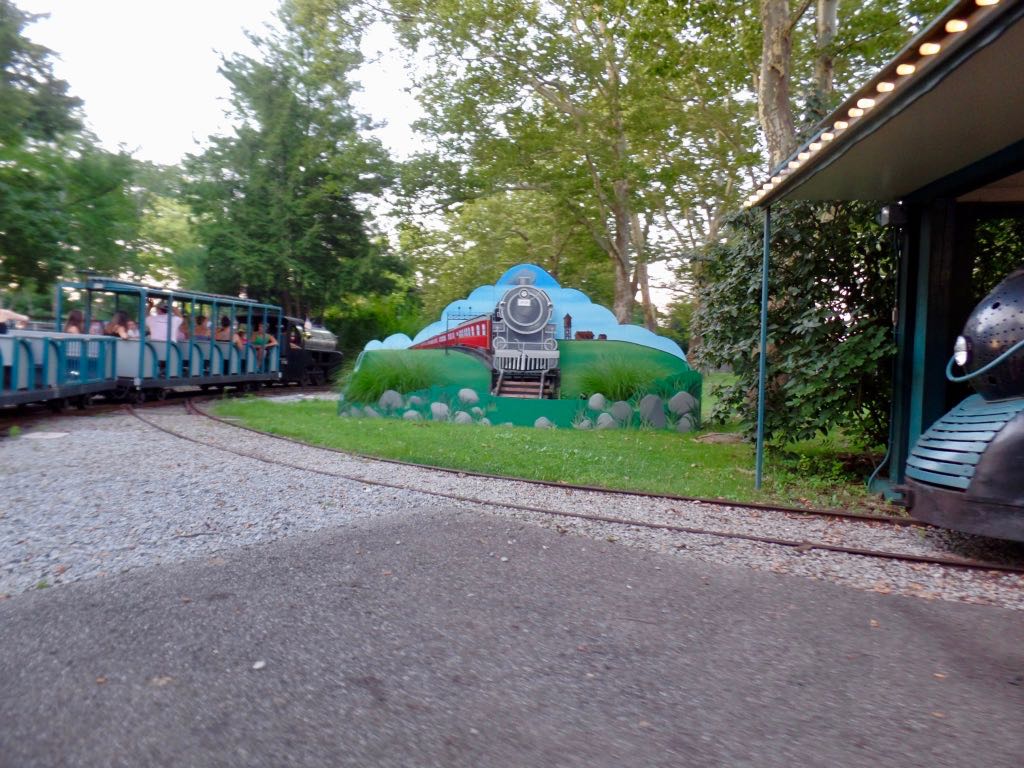 The train ride! This ride was renovated before the 2018 season so it's now a Thomas the Tank Engine-themed ride, and the train matches. So there's a spot more history than usual in his Kennywood ride. 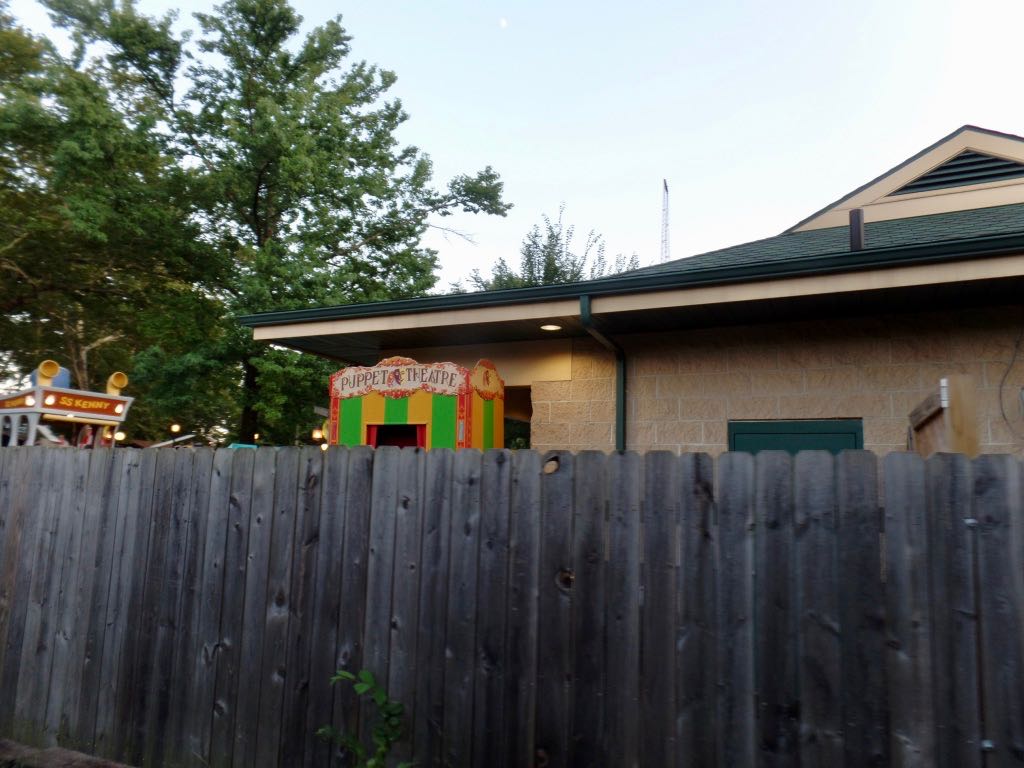 Kiddieland as viewed from the train ride, on the outside. Apparently there's a Puppet Theatre that, from the look of it and the fence, was either not being used or was designed to entertain maybe two benches' worth of kids.