Eaten by the monster of love

bunny_hugger got for her birthday, and that wasn't really for her: a plastic ball. This was a gift for Sunshine. It's an enrichment tool, in the parlance of how to interact with animals. There's a size-adjustable hole in the top of it. We pour in food pellets and set the ball in her play area. As the ball rolls around, pellets drop out. The principle is that this gets the rabbit to be more active, because she has reason to get up and move around. And rabbits should generically like it because as the ball moves, it makes a noise, and pet rabbits seem to enjoy stuff that makes noise. There's similar great results with crinkly paper.

So, Sunshine is a somewhat food-oriented rabbit, the way that Taz is a somewhat food-oriented Tasmanian Devil. Putting her pellets in a ball seemed to us likely to either encourage her to play a lot more, or possibly infuriate her as dinner was there but inaccessible. We started out with care, putting some of her pellets in her dish, as usual, and the rest in the ball.

It turns out Sunshine loves it. She worked out very quickly that shaking the ball around would get pellets out, and she is very ready to do anything that gets her food. She still races for the food bowl, where some of her pellets go. And then spends a lot of time rolling her ball around. And poking it. And pushing it, with her head, up the edge of her litter bin or of her cage. We've also caught her picking the ball up in her teeth and putting it in her food dish, which forms a nice natural barrier so she can just roll the ball around and get a nice food payout quickly and in a contained place. She really picked the idea up right away.

It does also seem to correspond to Sunshine getting more generally active and energetic. This might be coincidence; rabbits show more of themselves with time, and with interaction. But it might also be that her meals now last more than the twenty seconds it takes her to inhale things, and that she's got encouragement to prowl around for a half-hour or more before getting her pellets mostly emptied. She seems to be more prone to bouncing around, and racing around, and even binkying, a happy and heartening scene. If she gets much more stimulated we're going to need to start being boring to her.

Trivia: In early 1942 Japanese Foreign Minister Shigenori Togo pledged Japan would respect the Geneva Convention of 1929, a convention Japanese delegates had endorsed but the government had not formally ratified. Emperor Hirohito ordered that prisoners of war be treated with ``the utmost benevolence and kindness''. Source: The World Within War: America's Combat Experience in World War II, Gerald F Linderman.

Currently Reading: Step Right Up, Folks!, Al Griffin. It's a 1974-published book about amusement parks, with the first half or so a loose history of amusement parks and rides and their development and whatnot. The back half is way more fascinating, though, as it has reviews of every amusement park Griffin was aware of and capsules of what each park has to offer.

bunny_hugger was ready to punch the book for Griffin claiming that Kennywood in 1974 (probably 1972 or 73, based on production lead times) was a two-star park, though.

My 2018 Mathematics A To Z: Volume, in which I puff up a Mystery Science Theater 3000 joke into something.

PPS: How about some amazing sites at Kennywood? 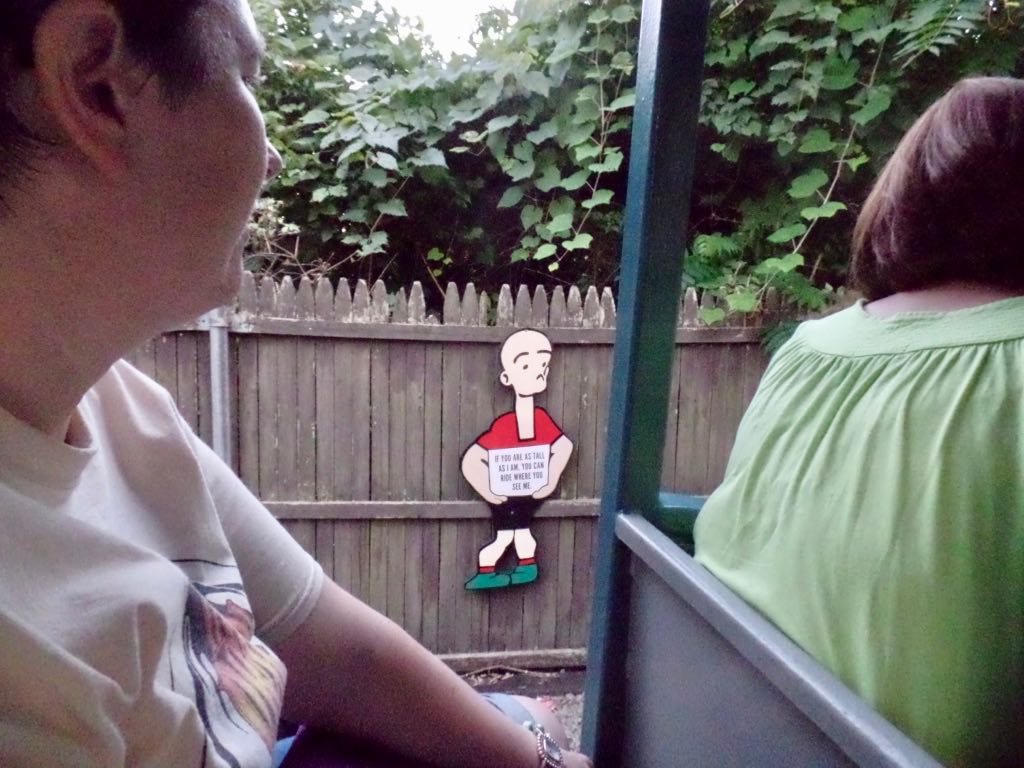 Miscellaneous things along the train ride: these signs for how tall you have to be to ride safely on rides. I like the idea of coding the rides so that everything with the same height requirement has the same cartoon character. That said, really? Henry? The heck? 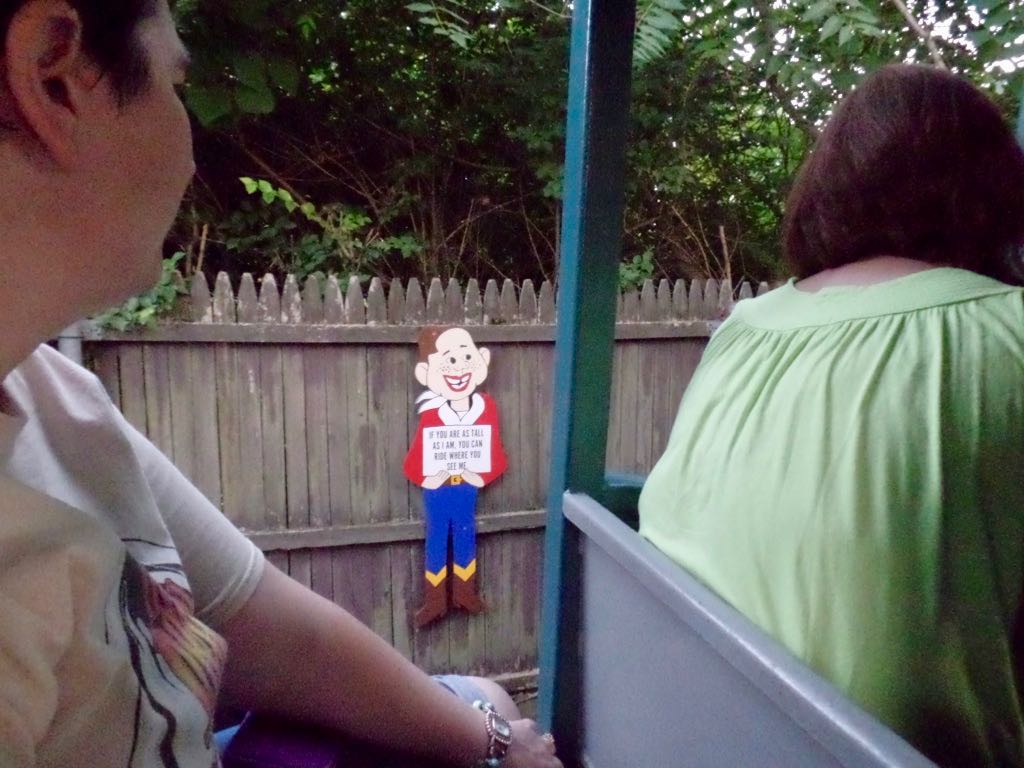 Another height-requirement character, because I guess once they got away with using Henry they figured why not Howdy Doody? I have learned that the old Noah's Ark ride had a bootleg Snoopy, atop his doghouse, on one of the decks so that's just a reminder of how much you could get away with, and how recently you could. 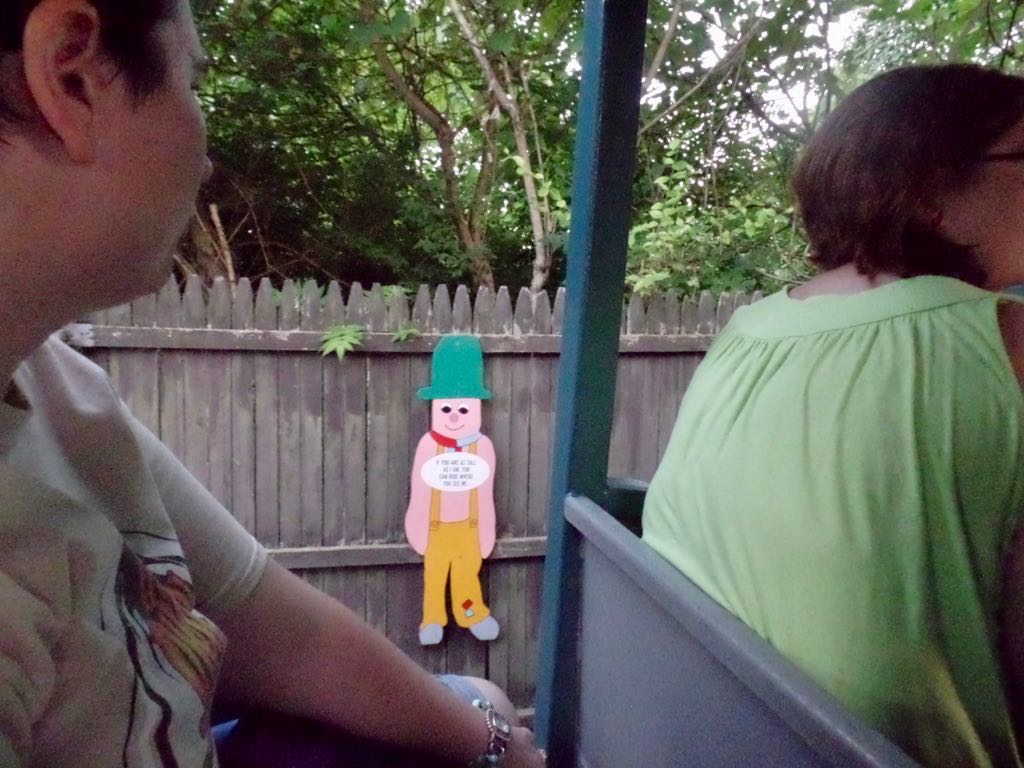 And one more height-requirement character: I have no idea who this is supposed to be. It seems weirdly meme-ready to me, though.