Put up the tree before my spirit falls again

And here's the update on my humor blog this past week:

It's near the end of the Kennywood night! What's that all look like? 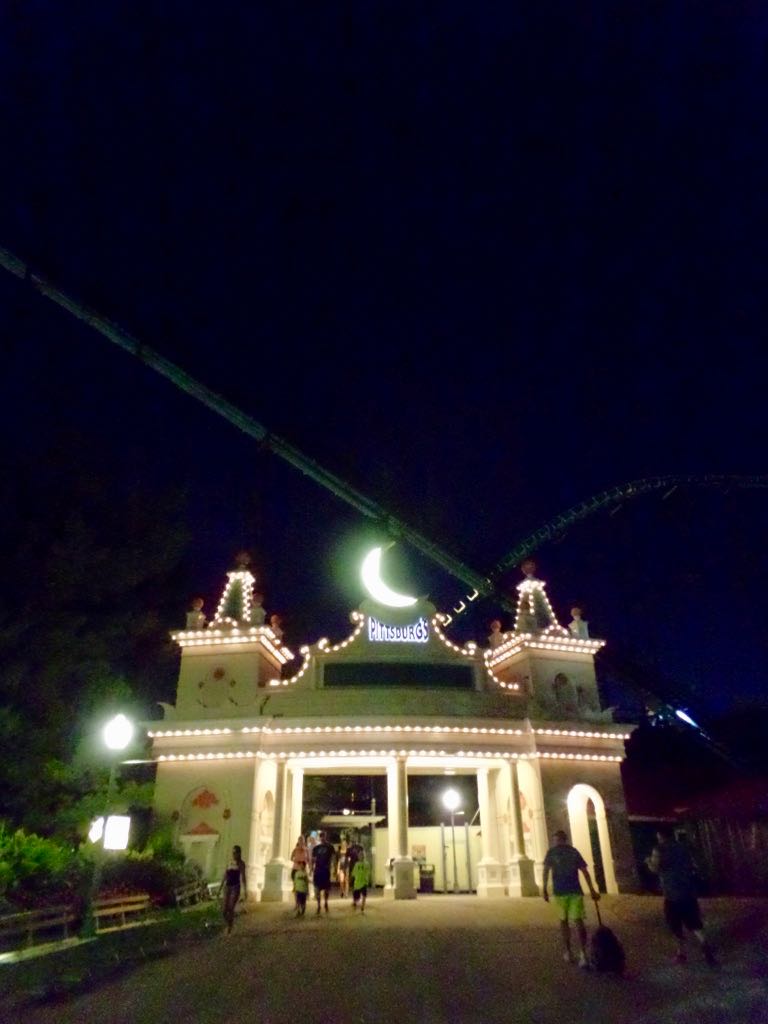 Entrance to Lost Kennywood at night. This imitates, surprisingly well, the entrance gate to Luna Park which operated at Pittsburg (as it was then spelled) for a few years in the early 20th century. 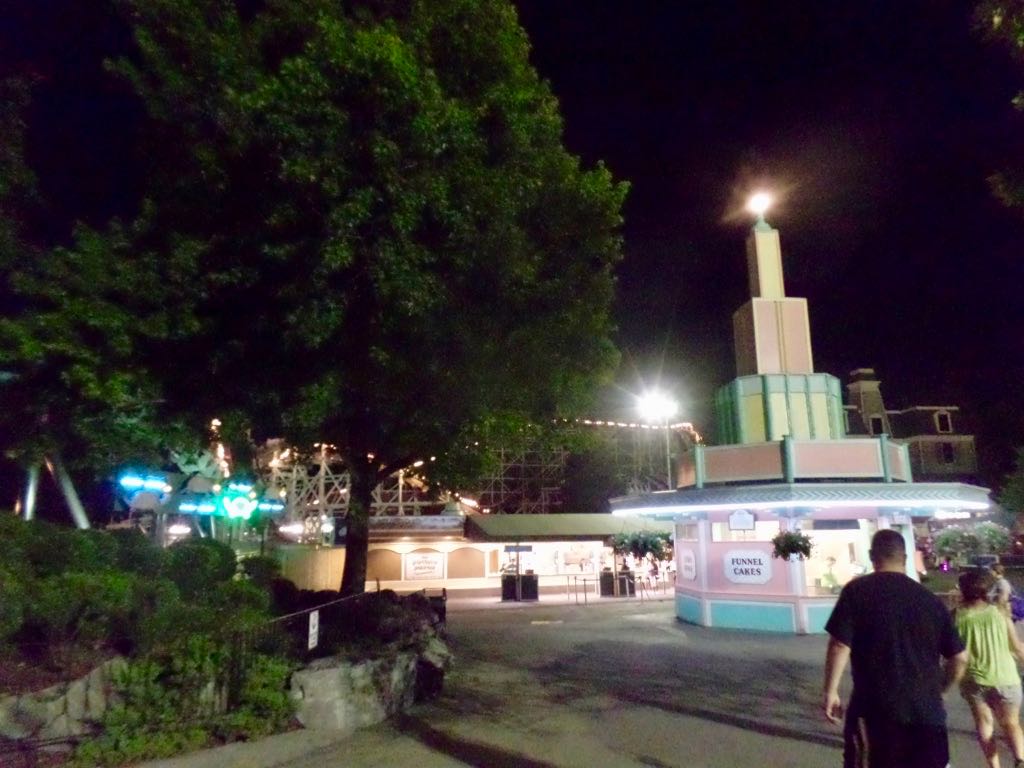 The mysteriously named Lucky stand, on the right, with the Turtle ride and the Thunderbolt roller coaster in the background. 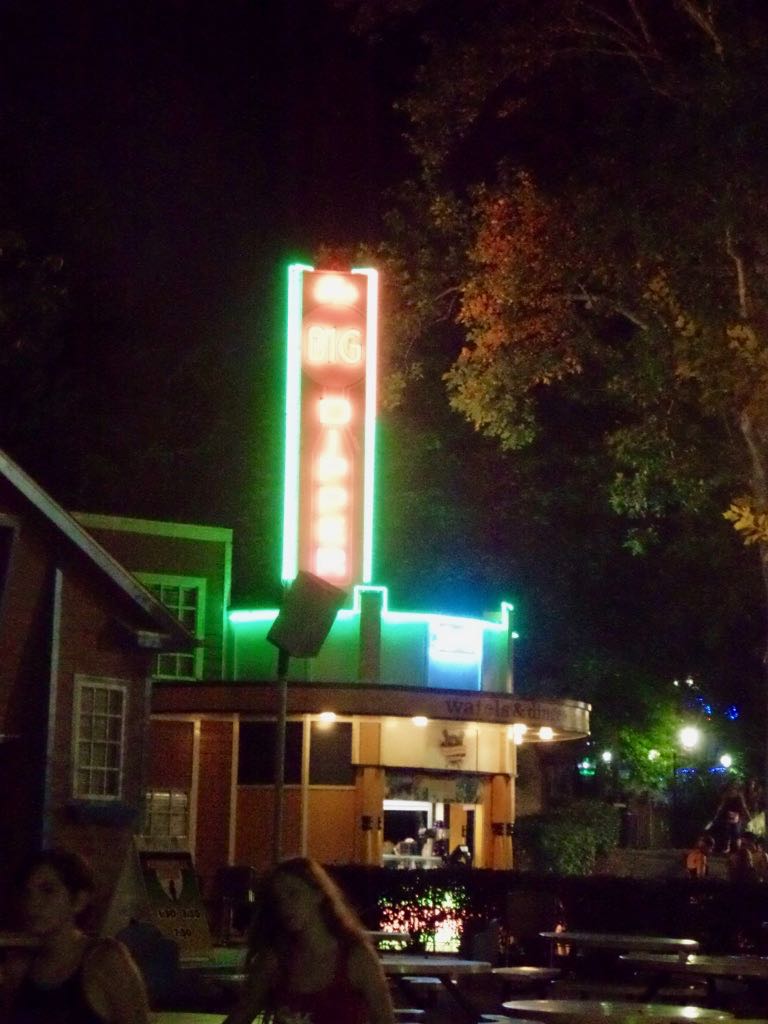 Big Dipper's neon and the effect it has on the trees around it, by night. 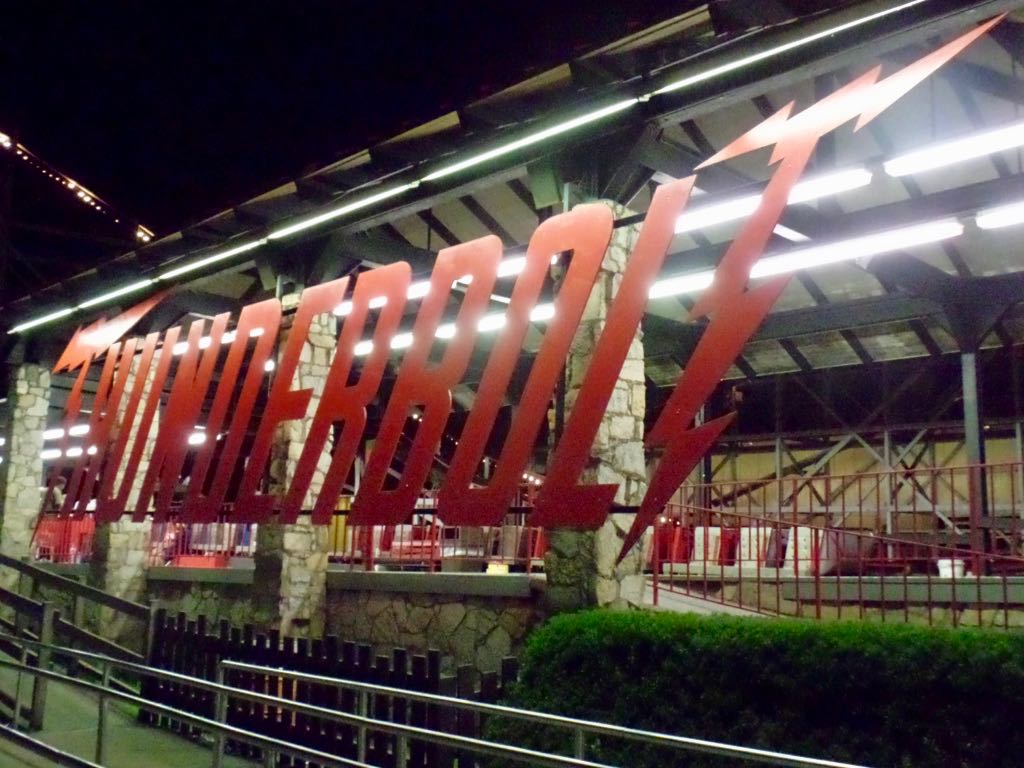 Thunderbolt's station in the glorious night. 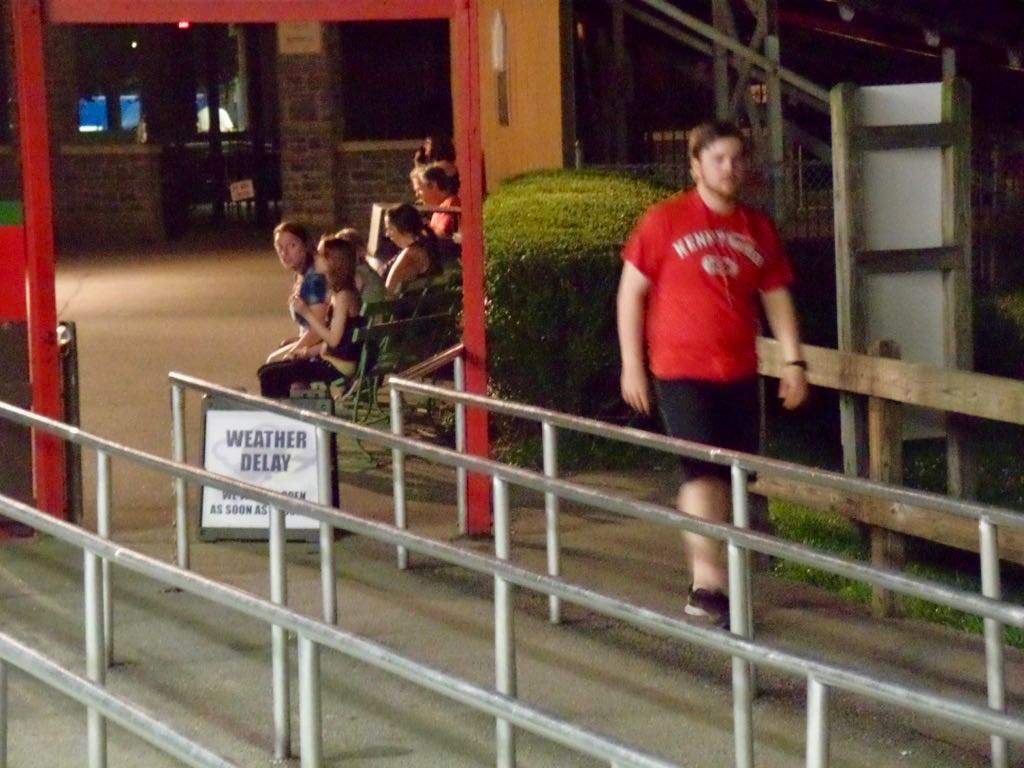 And we got into Thunderbolt just in time: a ride operator closed the queue while we waited for a ride. 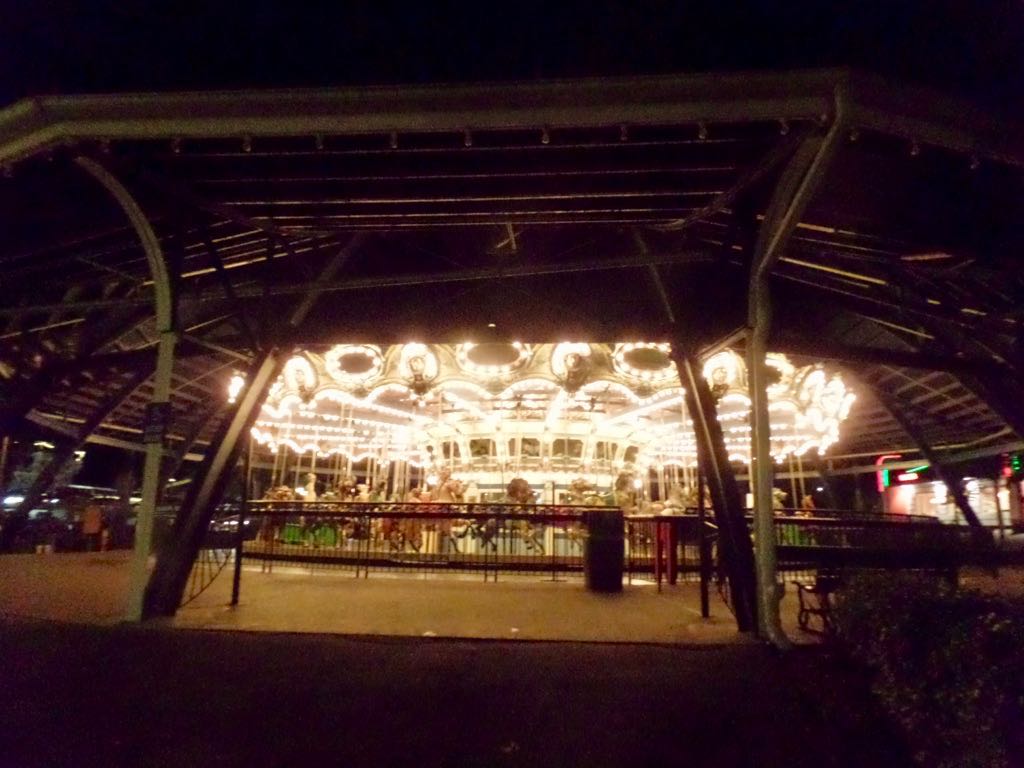 Kennywood's Grand Carousel as illuminated for the night. (Thunderbolt closed earlier than the carousel, as Kennywood tries to have the rides all clear out about the same time as nearly as the capricious nature of lines allow.) 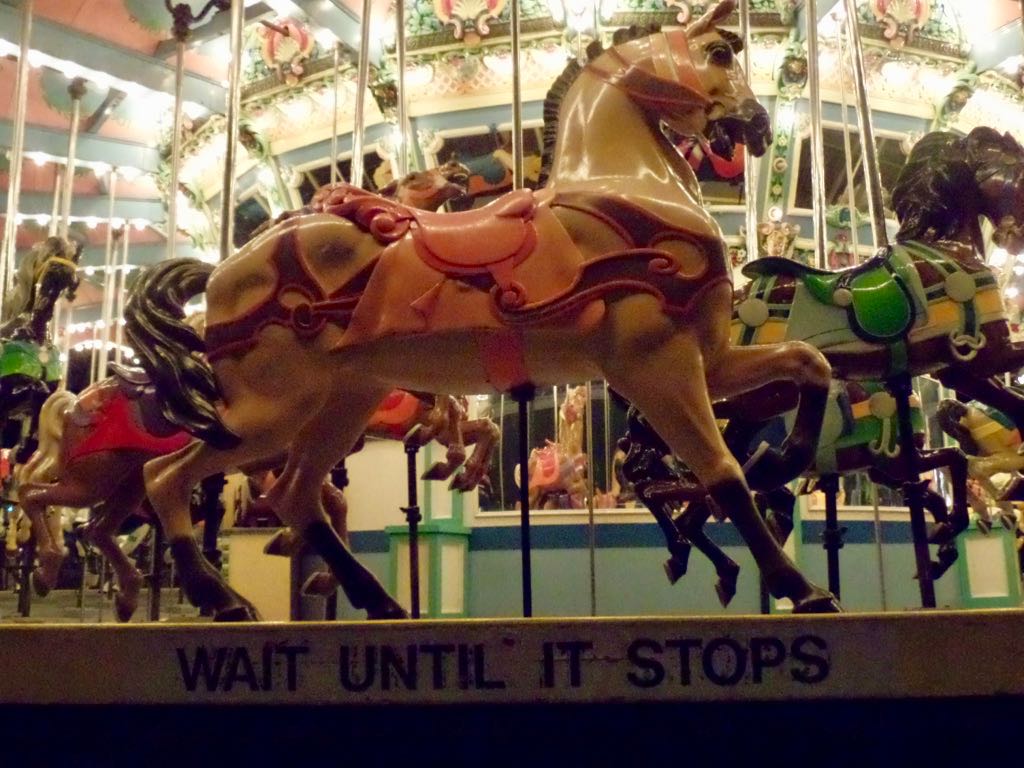 Good advice for a carousel ride! 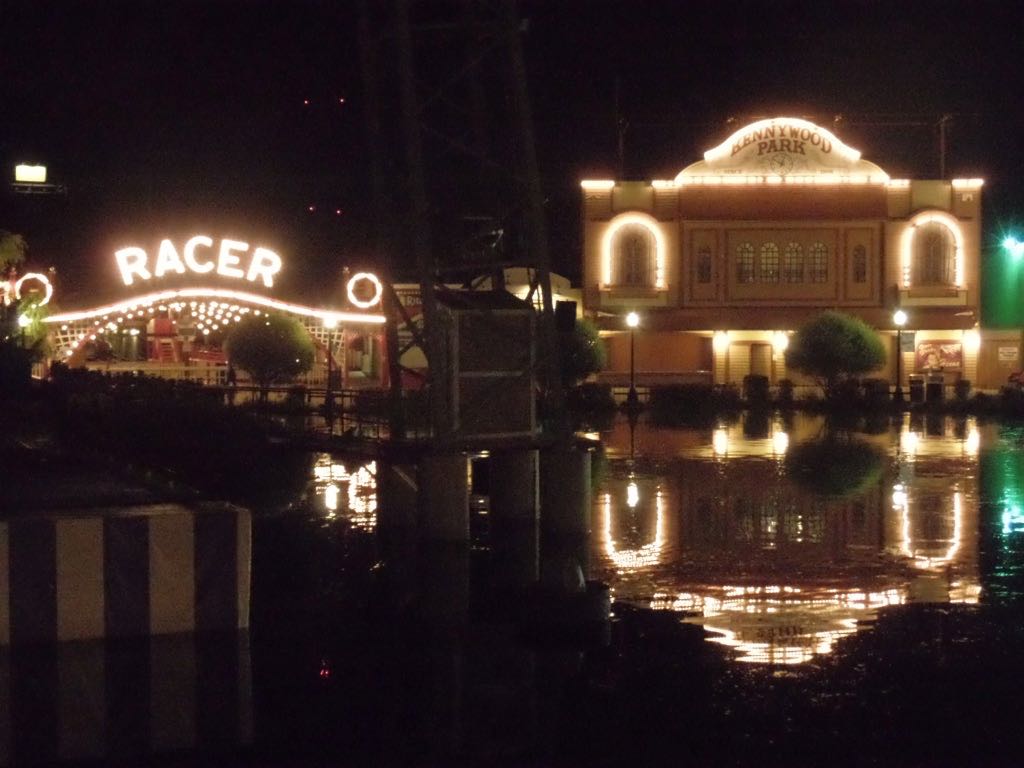 View of the Racer as seen from the bridge over the central lagoon. 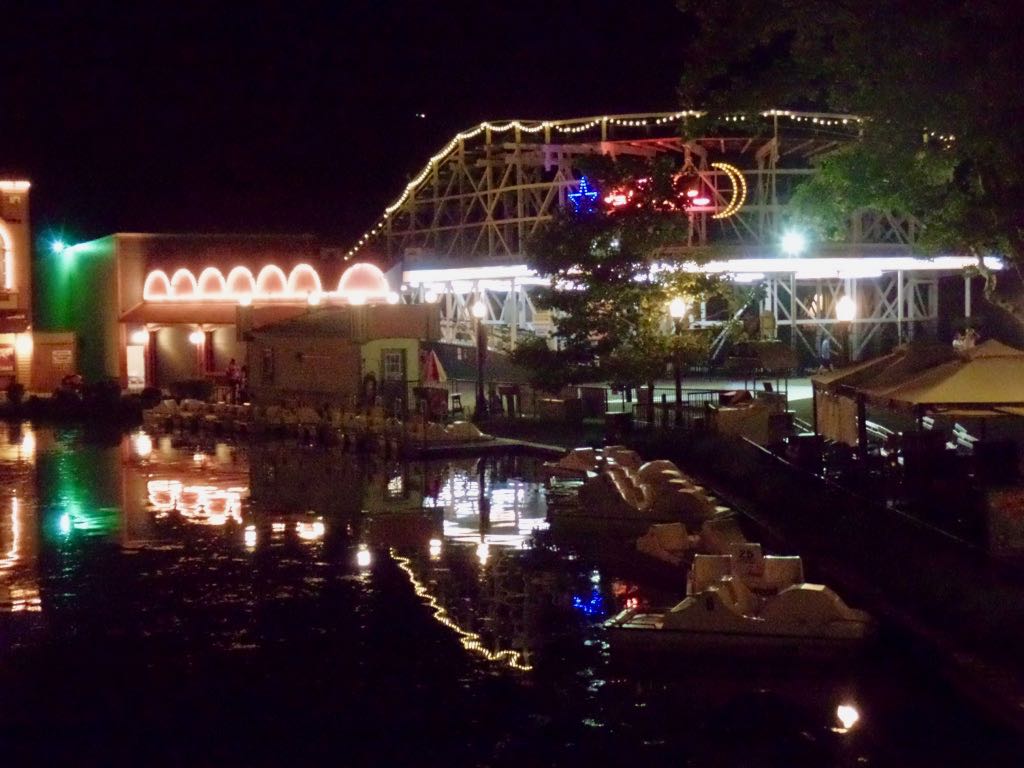 A photograph we take every visit: Jackrabbit as seen from the bridge over the lagoon. In the years since

bunny_hugger first visited, and took this photograph, a tree has grown up to block the neon jackrabbit leaping from the crescent moon to a blue star there.

Trivia: Xavier Cugat enjoyed a boost to his career when the 1941 contract dispute pulled ASCAP-published music off United States radio network airwaves. Most of his songs were published by BMI and so his was one of the few leading bands with a broad library still usable without restriction. Source: The Mighty Music Box: The Golden Age of Musical Radio, Thomas A Delong

Currently Reading: Plotting The Globe: Stories of Meridians, Parallels, and the International Date Line, Avraham Ariel, Nora Ariel Berger. Yeah so the book opens by saying ``Debates of the kind of `how many angels can dance on a pinhead?' --- that had for years attracted the best ecclesiastical minds --- made room for new questions, such as `what is the exact shape of the earth?' [ ... ] The Middle Ages were a disgraceful period of regression for Western science. The Catholic Church ensured that only issues pertaining to the Holy Scriptures would occupy the minds of the flocks under their care. [ ... ] The first heavyweights were the astronomers, physicists, and mathematicians --- such as Copernicus, Kepler, Descartes --- who heralded the beginning of modern sciences.'' So, y'know, way to take your credibility and shoot it several times over, then stab the corpse, then throw the corpse into the river before I've even got started. This is the pop history science majors tell each other without ever listening to an actual science historian, and by the way, I think there's some pastime Copernicus and Kepler and Descartes shared that was neither astronomer, physicist, nor mathematician and that's relevant.