In the hallway, in anticipation

bunny_hugger. Thank you for the greatest gift of all, your attention and presence and love.

Okay, so now ... ah ... well, here's something I didn't figure on ever quite happening. See, I'm caught up. Haven't had any major new parts to my life story the last couple days and so ... I don't have anything to give you. There'll be stuff, soon. There's Christmas with

bunny_hugger's family. There's four of the state's remaining six pinball events for the year coming up in the next week. They'll be stories soon enough, just, not now. So meanwhile let me go back to last year and the Meijer State Games and the final day of competition and I hope you like pictures. 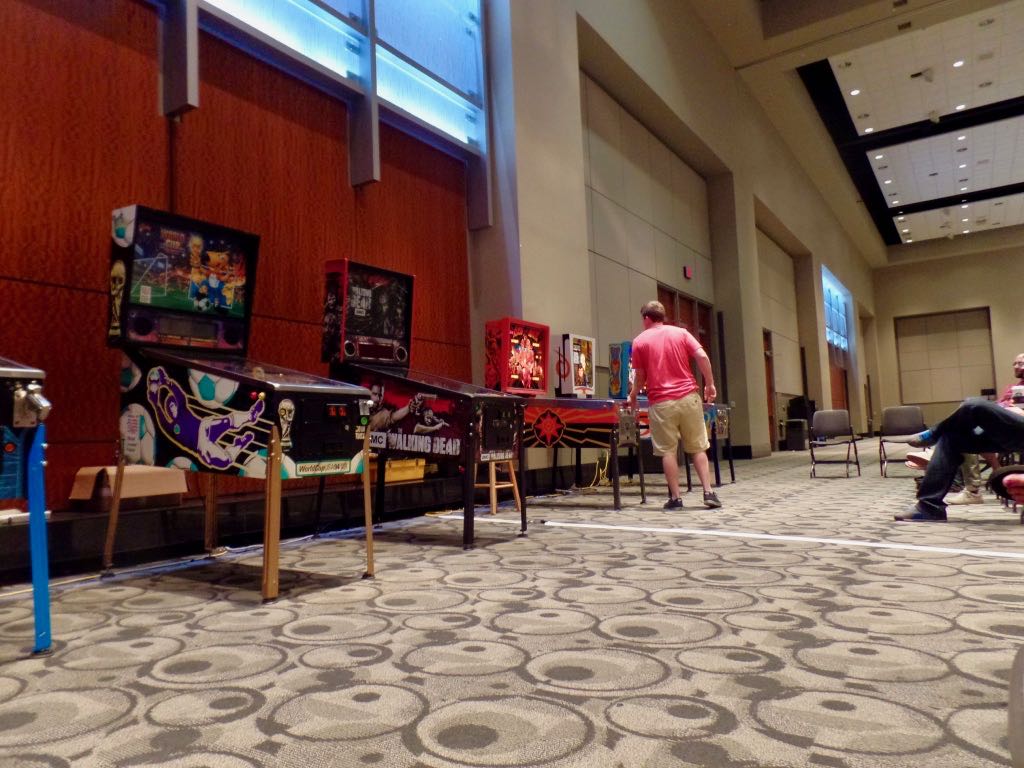 Starting the last day of the Meijer State Games, 2017 edition. Games being turned on for the Classics tournament, while the main ones remain off. The white stripe covers a power strip and coincidentally divides main-tournament from Classics games. 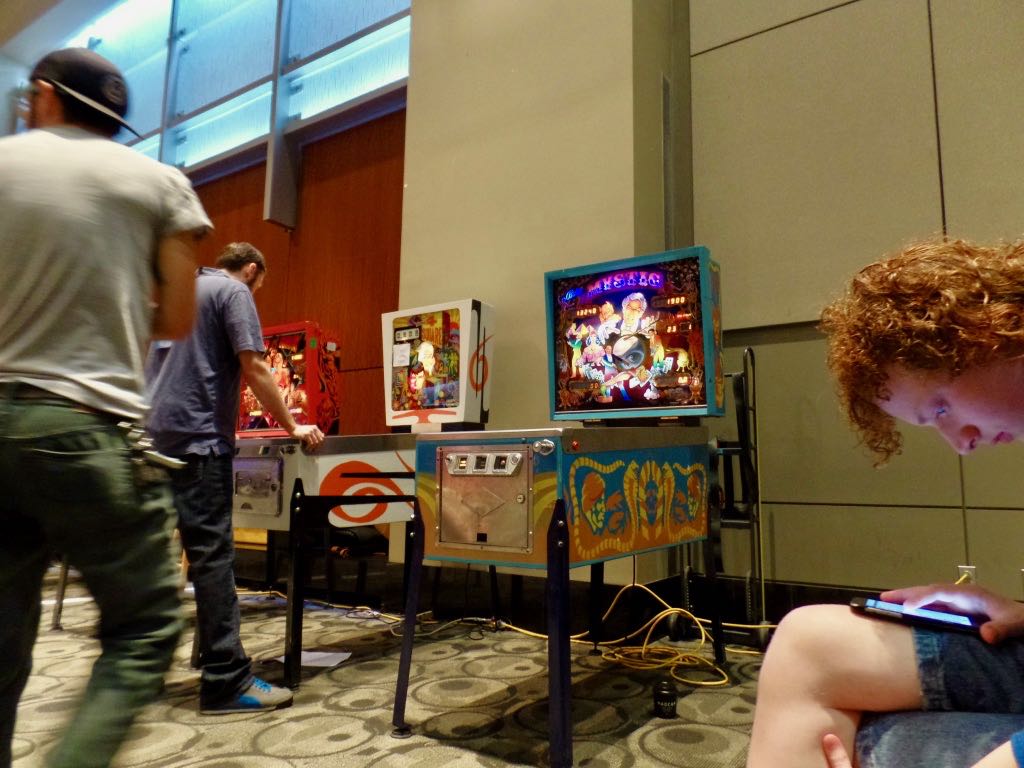 Typical action at a Classics tournament. Also, Mystic is a game you score 26 points on nineteen times out of twenty and two million points the other time. 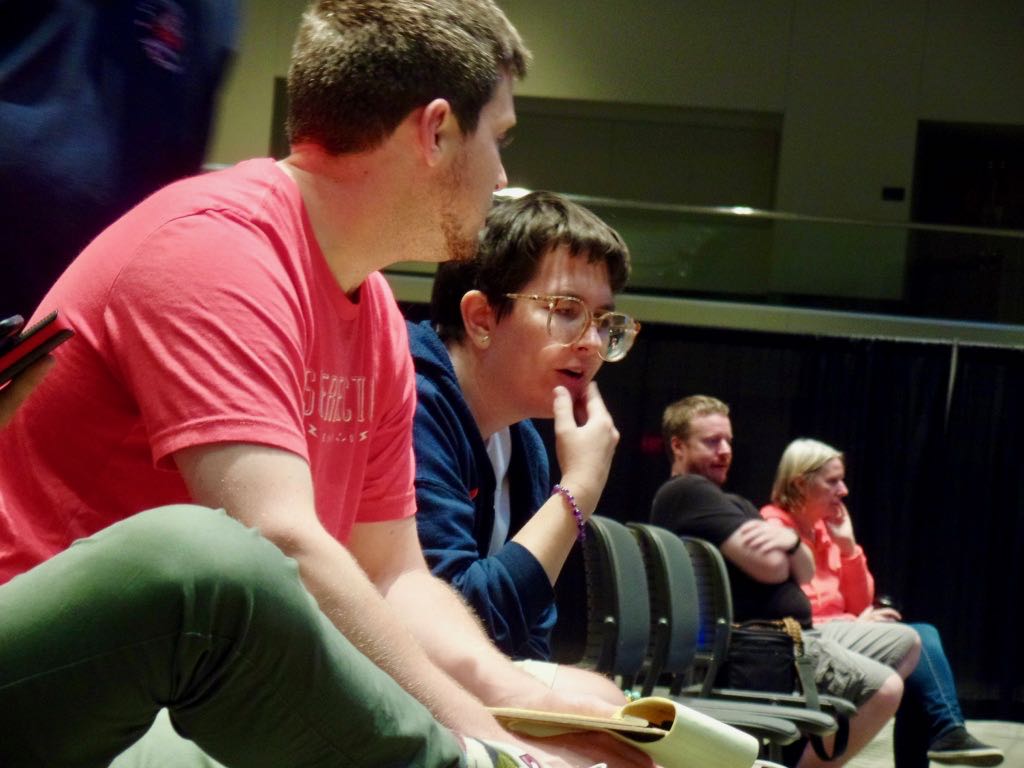 bunny_hugger pondering her strategy. ``What if I just played that twentieth game of Mystic, but like, all the time?'' 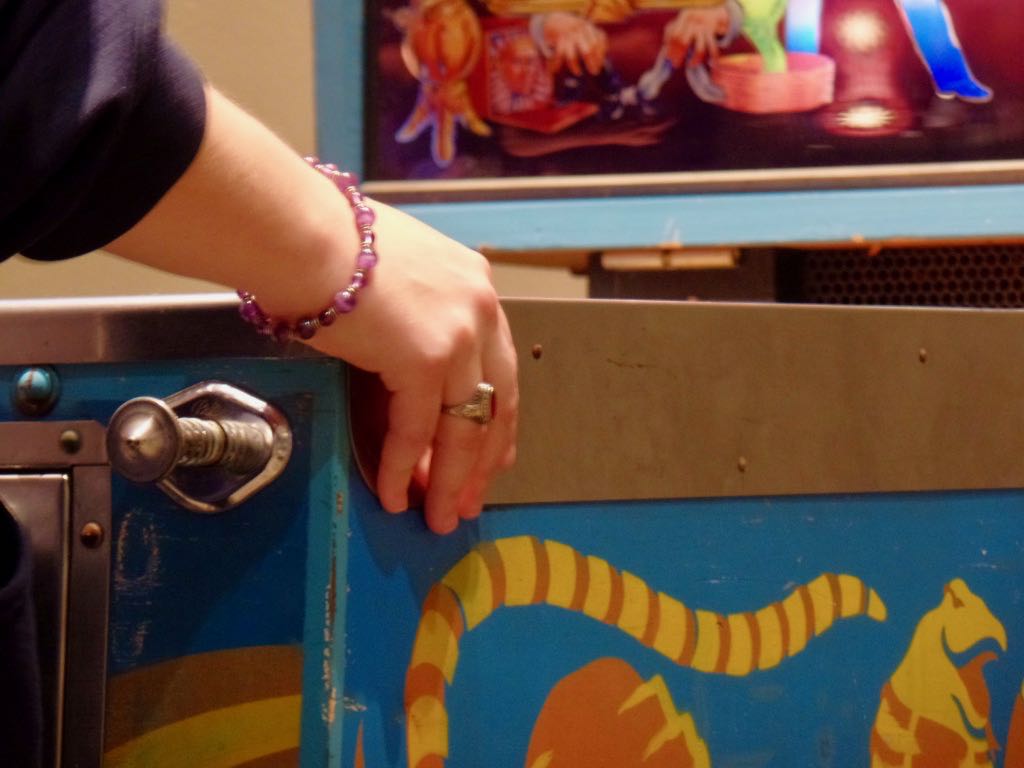 Trying to put strategy into practice. 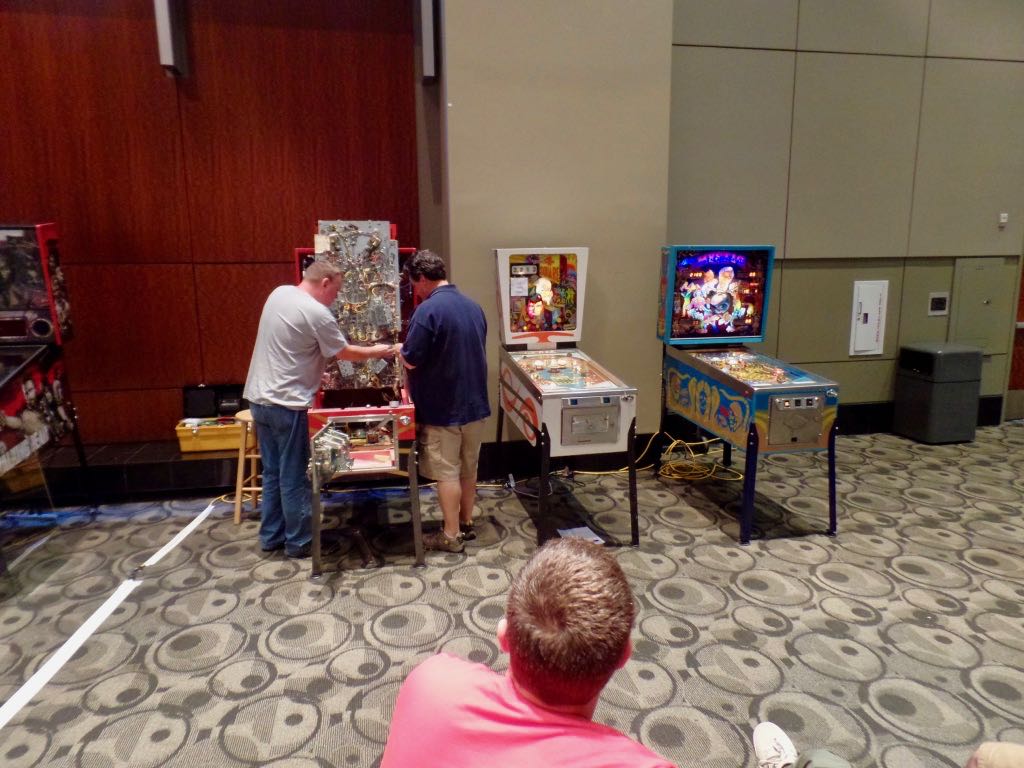 ``Oh yeah, so here's your problem, the alternator's shot.'' 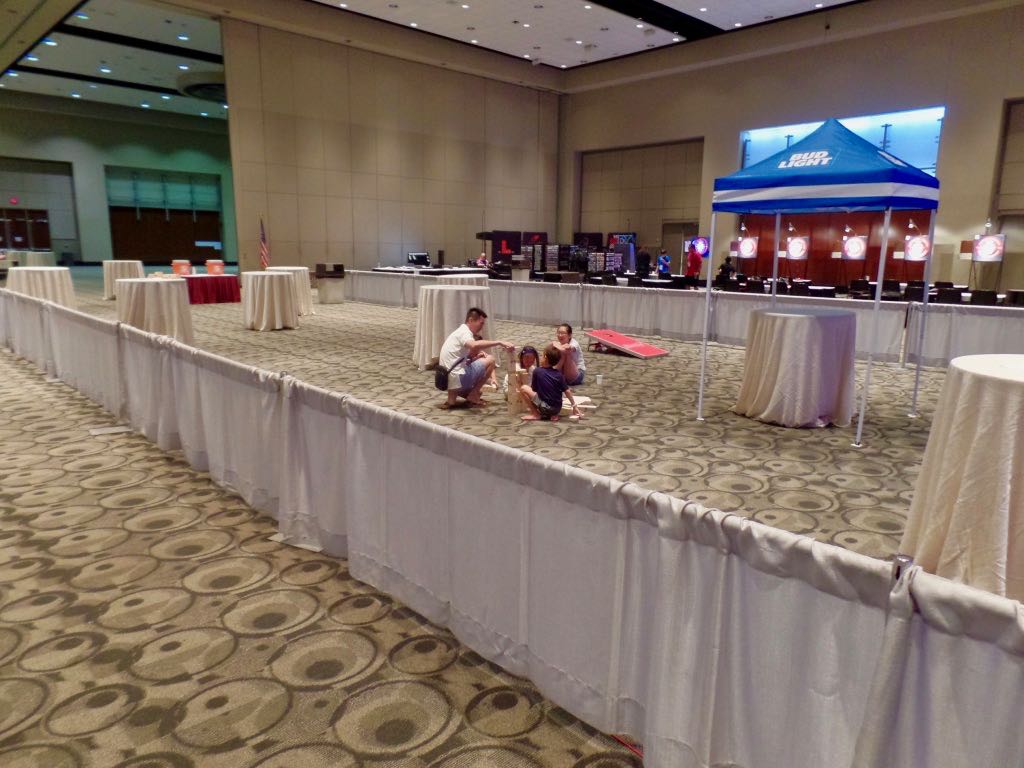 Family that's completely uninvolved in the pinball stuff, or the darts being set up beyond (the darts players would play the National Anthem before getting under way). They're just playing with the giant Jenga blocks. And not playing Jenga. 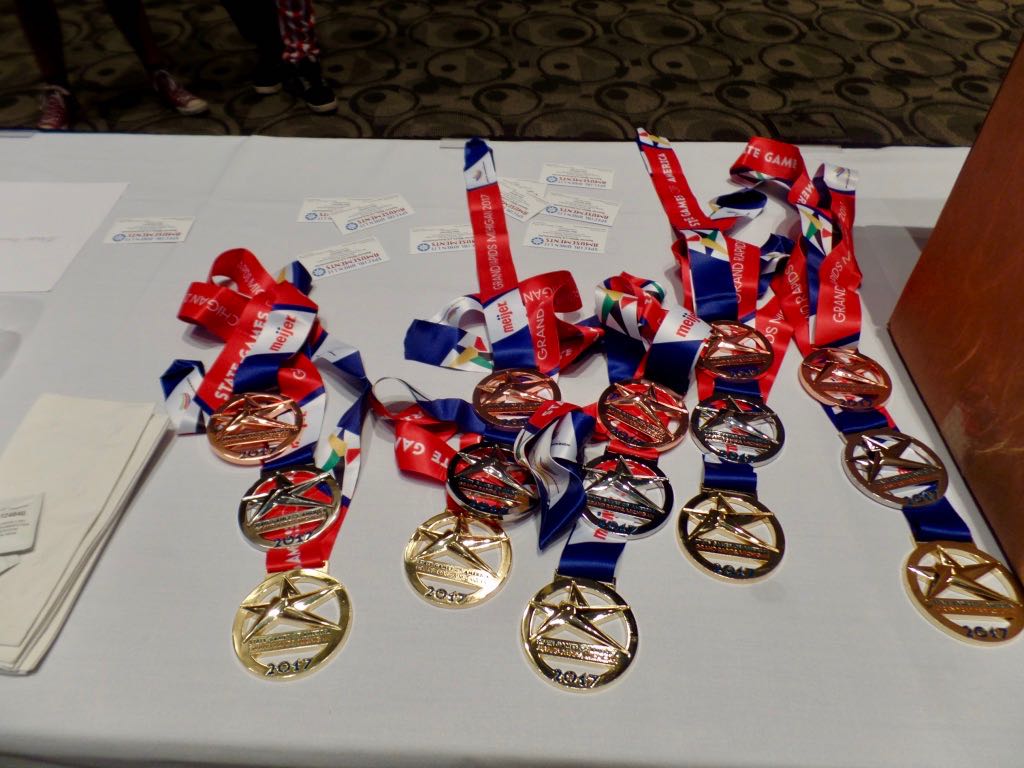 The last day saw a great number of medals given out, as organizer AJH knew how to divide up competition into categories (main tournament, women, children, seniors, daily tournaments, classics tournament, et cetera) that Meijer would pay for medals for. 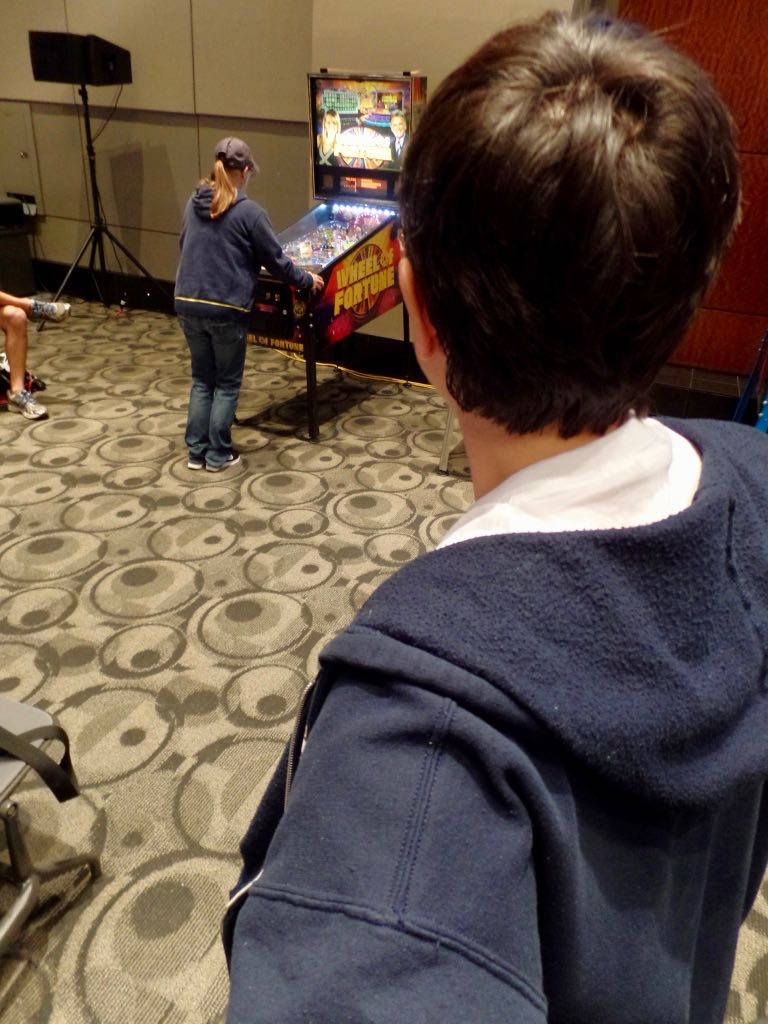 bunny_hugger thinking through the International Flipper Pinball Association general rules and whether there's a reason she can't tackle someone while the ball-saver is still on. 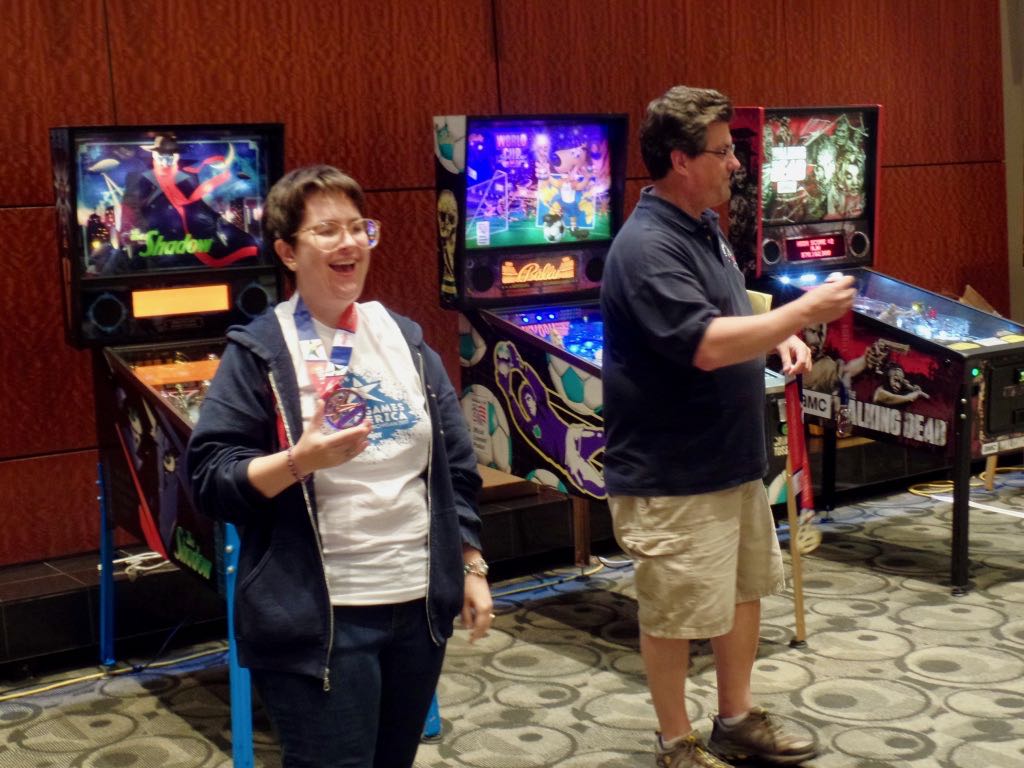 bunny_hugger had a good day in the Women's Tournament.

Trivia: An 1884 display for the Macy's department store window showed a fairland parade, led by Santa in a Norwegian sled, pulled by life-sized reindeer, followed by Queen Titania and Prince Charming in a butterfly-drawn chariot, behind them the Fairy King riding a seashell drawn by a white swan. Other characters included Lorelei, nymph of the Rhine; male and female shepherds and their flocks; clowns and acrobats; and the Goddess Liberty. Macy's promoted it as ``the most brilliant display ... ever produced''. Source: Service and Style: How the American Department Store Fashioned the Middle Class, Jan Whitaker.