He didn't know the night would end up in frustration

After the Classics and the Women's Tournaments at the Meijer State Games was the Main Tournament.

bunny_hugger got in as an alternate because one of the sixteen people who qualified didn't show up. I, who did qualify, got knocked out pretty early in part by

bunny_hugger, so I had time to watch stuff happening instead. 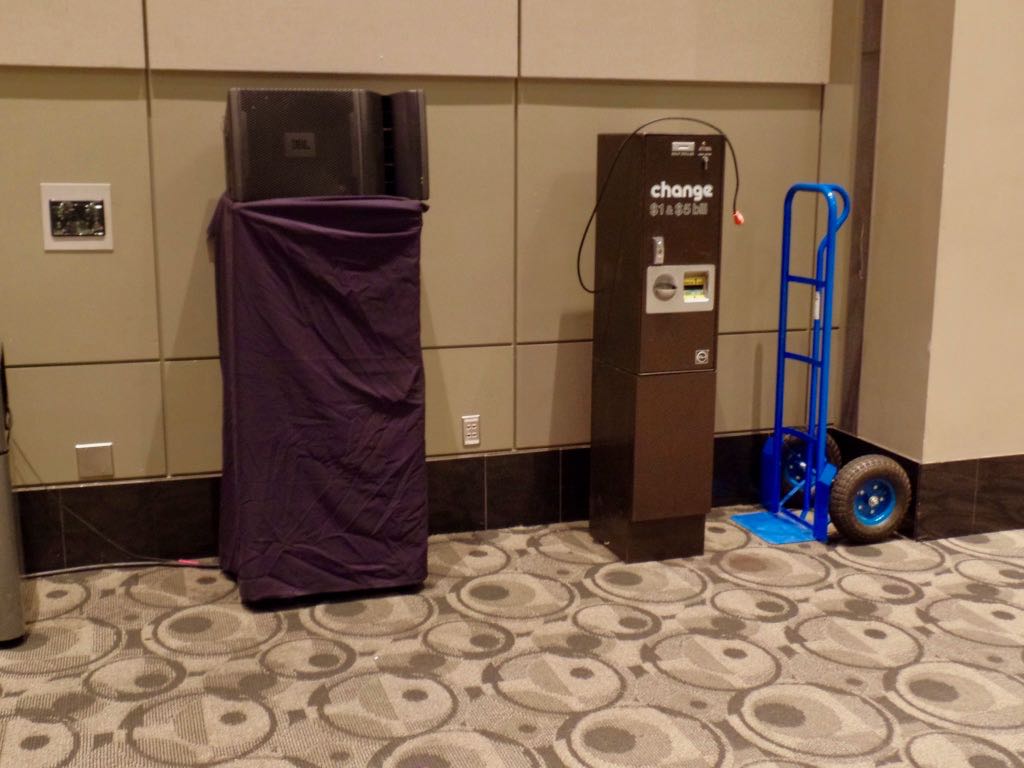 The most baffling little thing at the Meijer State Games, in the bar-events hallway? This change machine. Not plugged in, mind you. Everything in the hall was set on free play, so, who would the change be for? Why was it there? Who brought it? 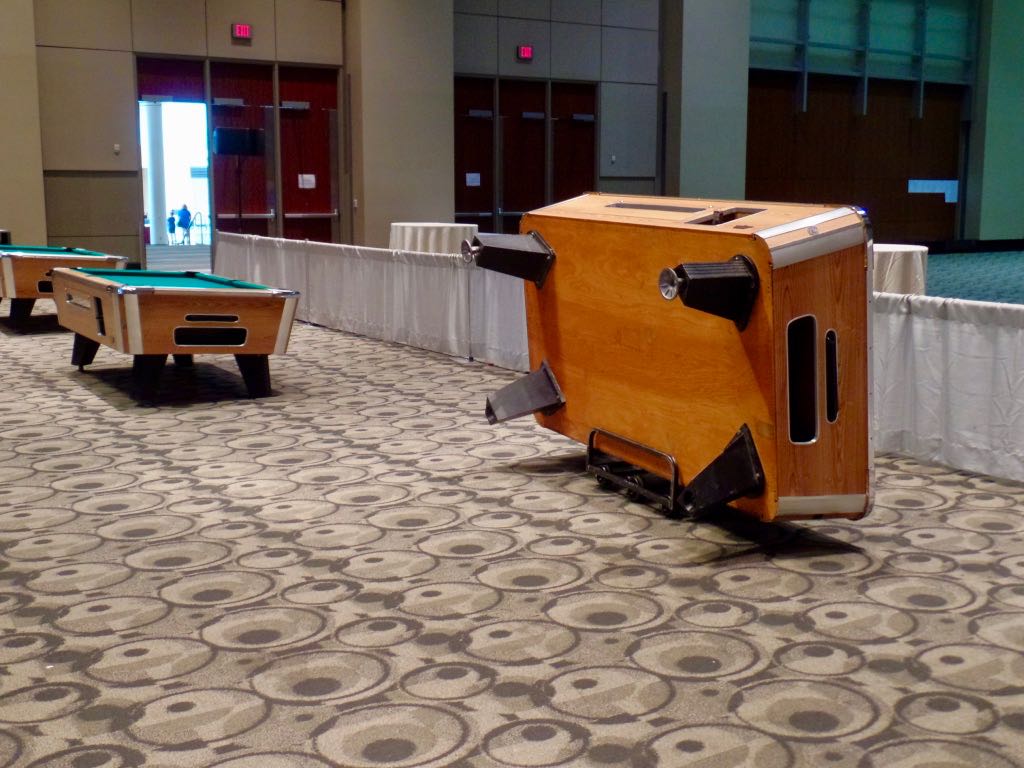 The pool tournament finished the day before (notice the boxing ring is long since gone; the white Tetris piece in the background is an abandoned chart showing the progress of the tournament), so here the tables are being taken back to wherever it was they come from. 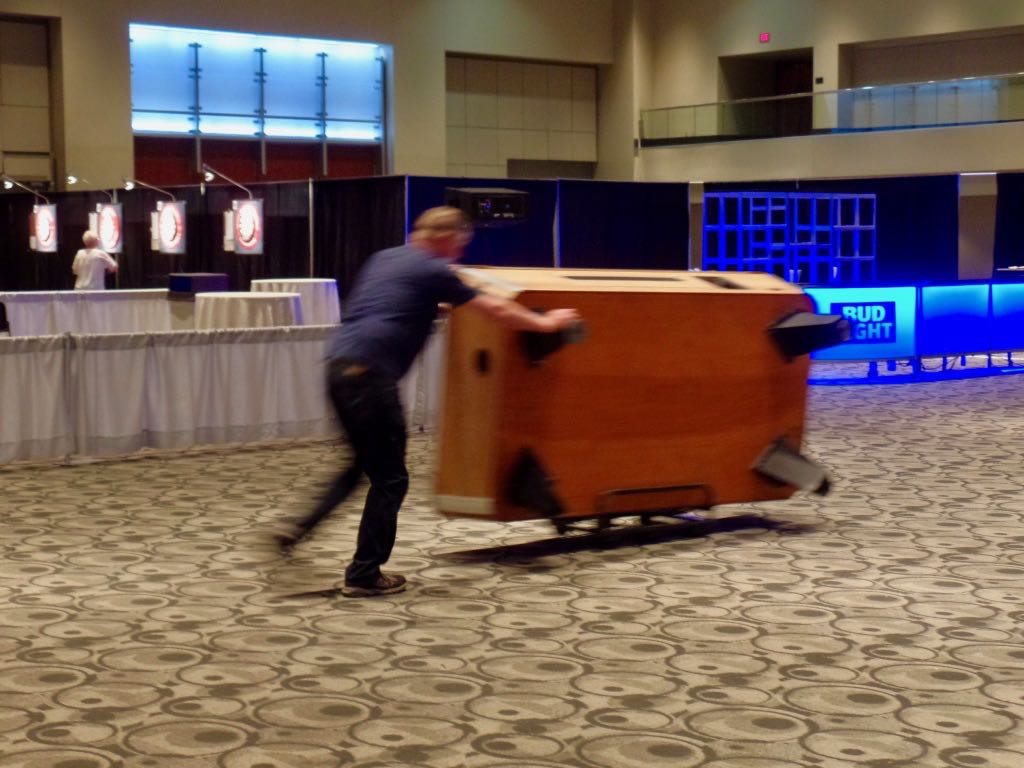 Sure hope that guy works for the center. 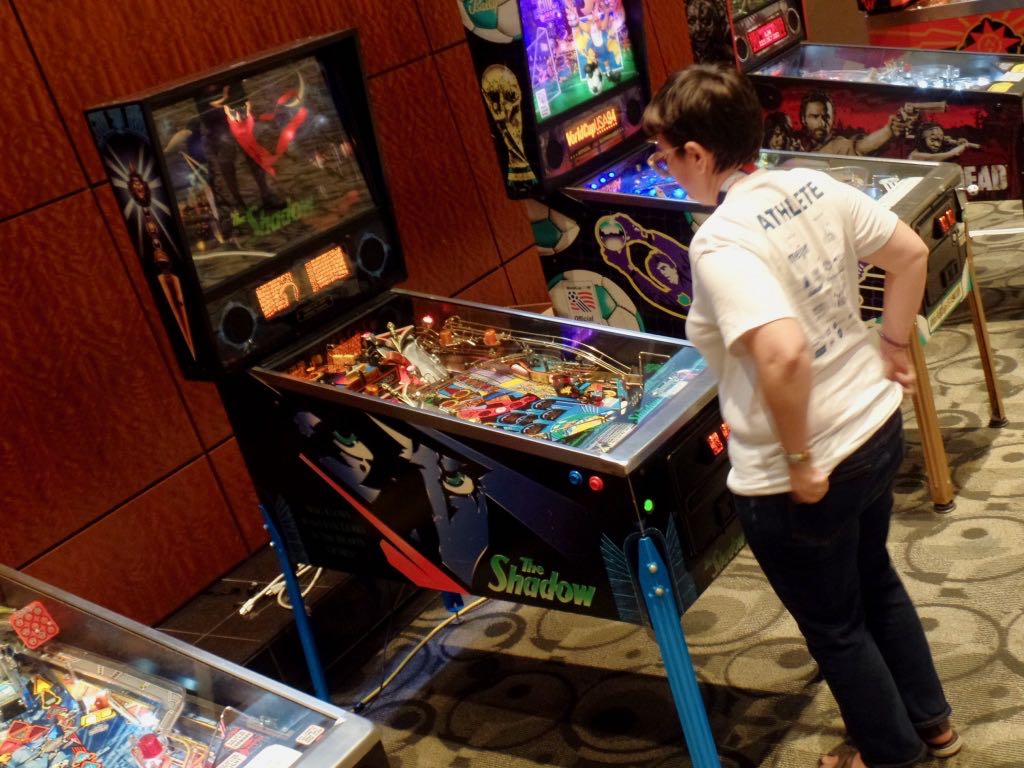 bunny_hugger taking a moment of rest as The Shadow locks a ball. 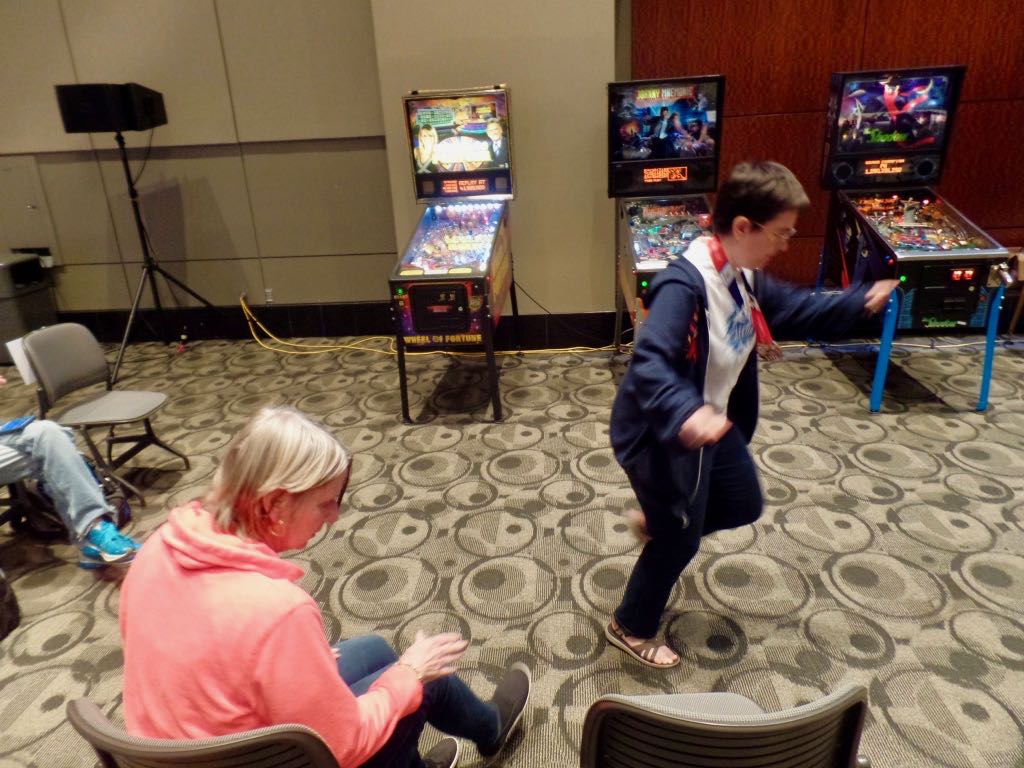 bunny_hugger was feeling good after that game of Johnny Mnemonic. (She put up like four billion points, an awesome score by any measure and about twice as good as I've ever done on that table. AJH would come back from a quarter that score and beat her, which shows why he's always a strong candidate for state champion.) 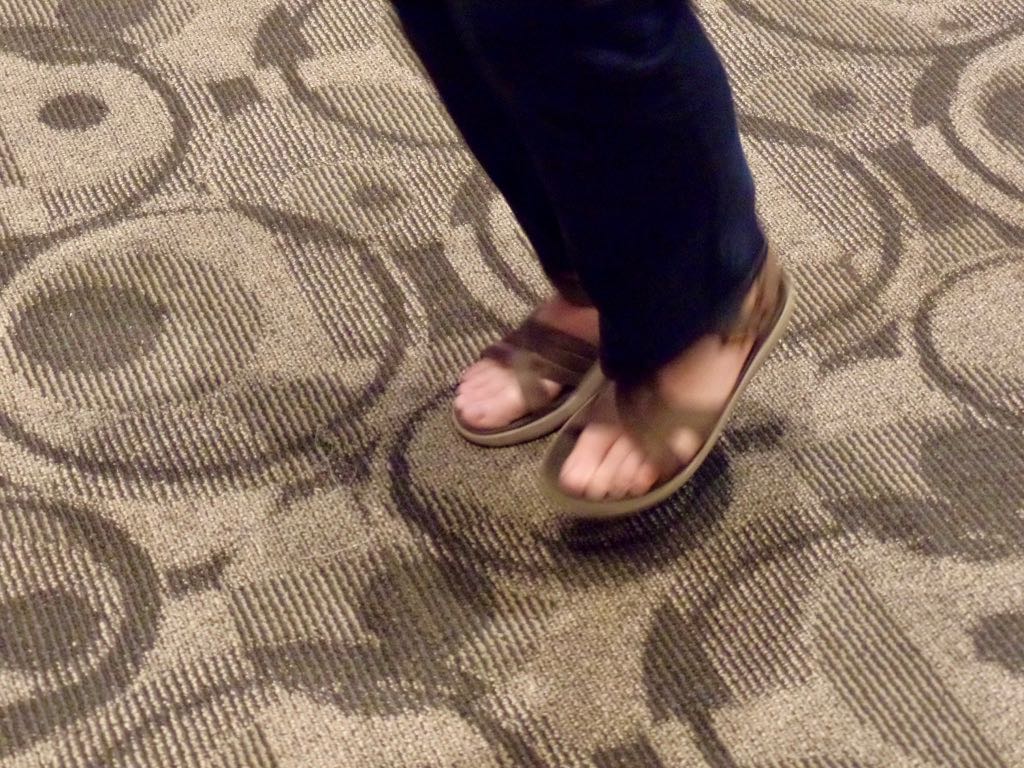 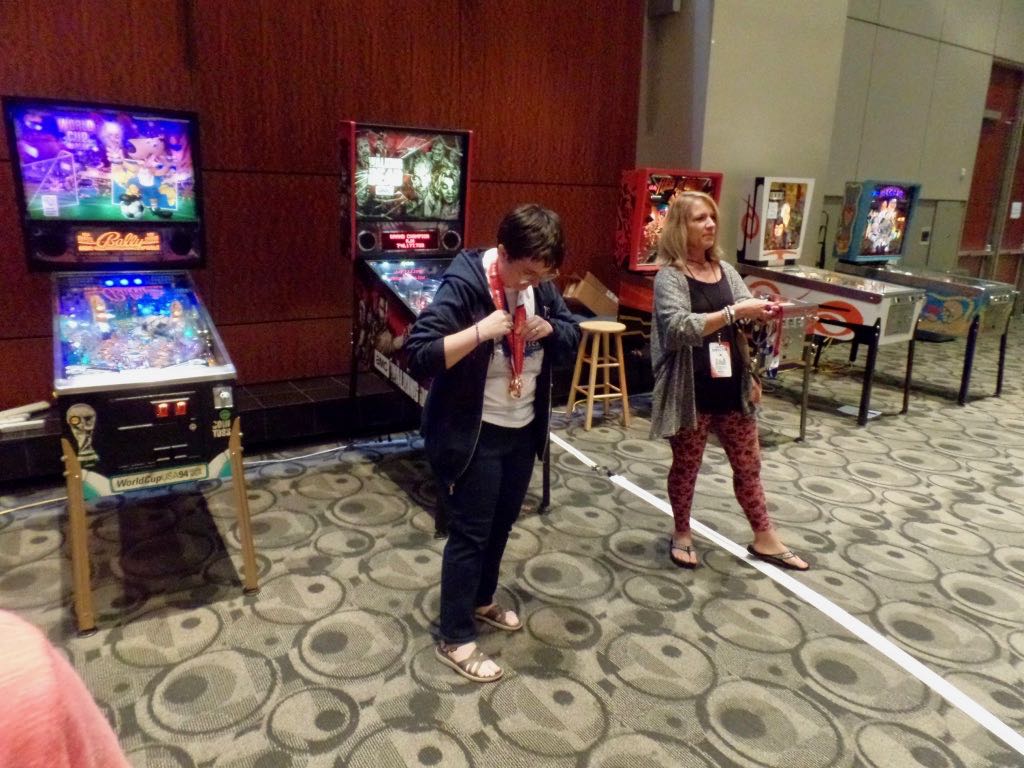 bunny_hugger also had a good day in the Main Tournament, taking home a second bronze medal. (All I took home was

bunny_hugger, so really, we both won.) 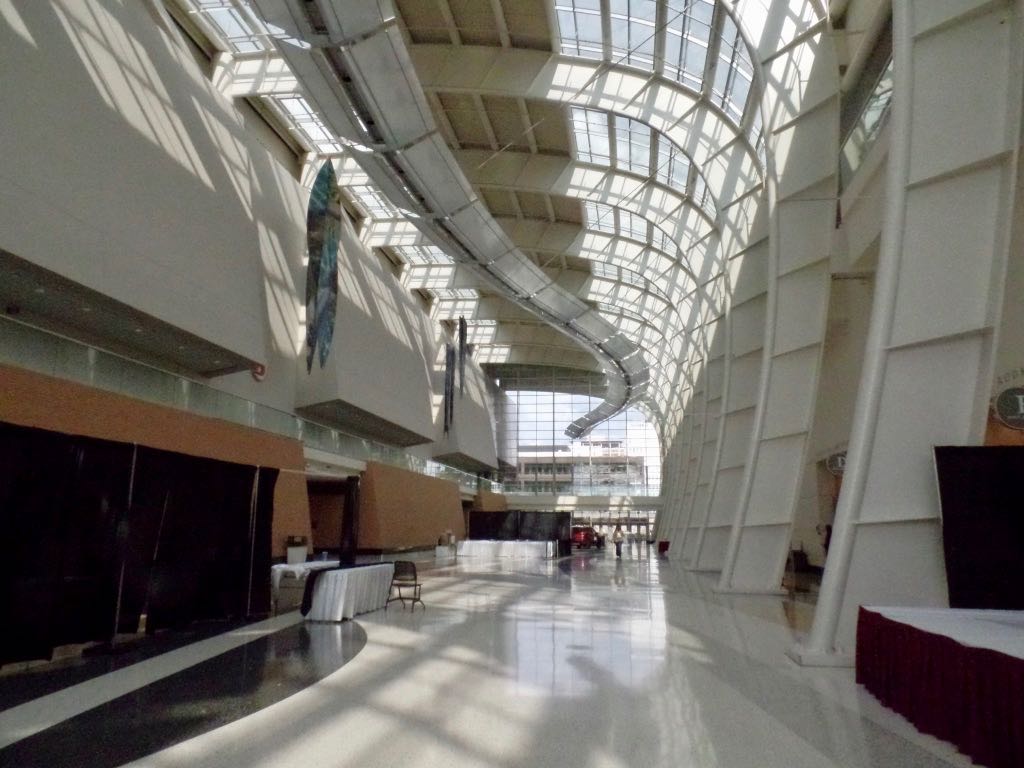 The main lobby of the center, which had already gotten to be pretty near abandoned even though it was like 5 pm. 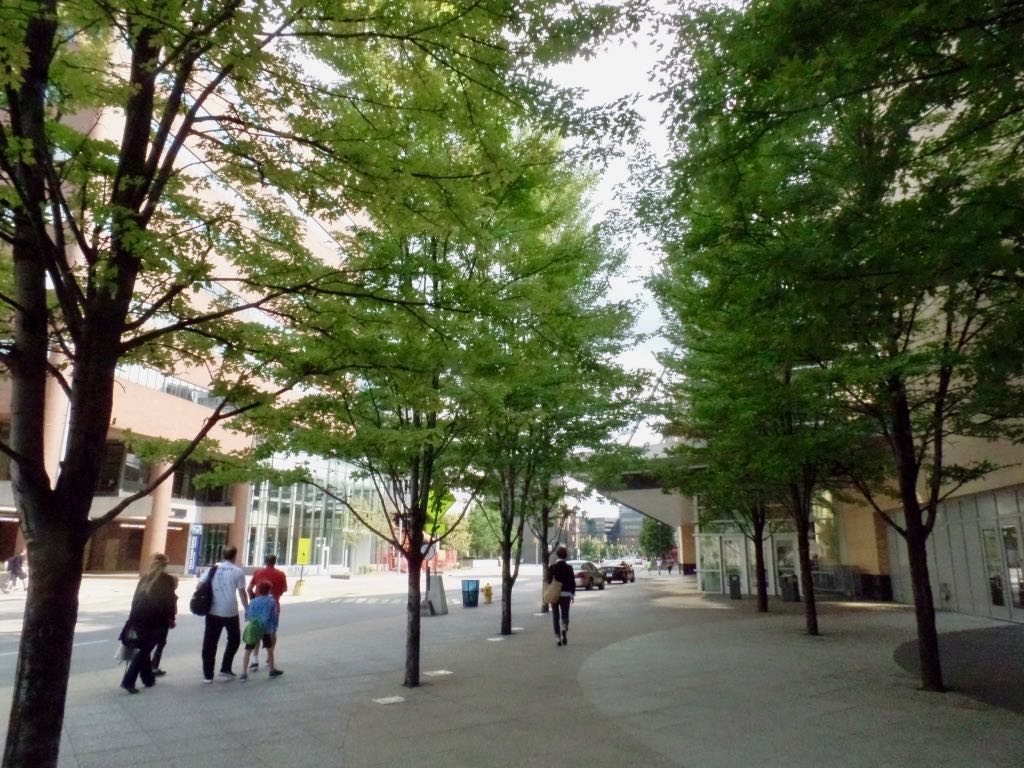 The sidewalk outside the center and its parking lot. The trees seem either tall for their width or skinny for their height.

PS: What I Wrote About in My 2018 Mathematics A To Z, a listing that's useful to me even if nobody else cares about it. So it's not just me padding my essays-posted count for the month.