You're gonna take a walk in the rain

Where'd we go after the Meijer State Games? And maybe a couple weekends on? Well, back to

bunny_hugger's teenage home of Chelsea, where a time capsule buried in 1986 was to be dug out. And was it? Let's just see. 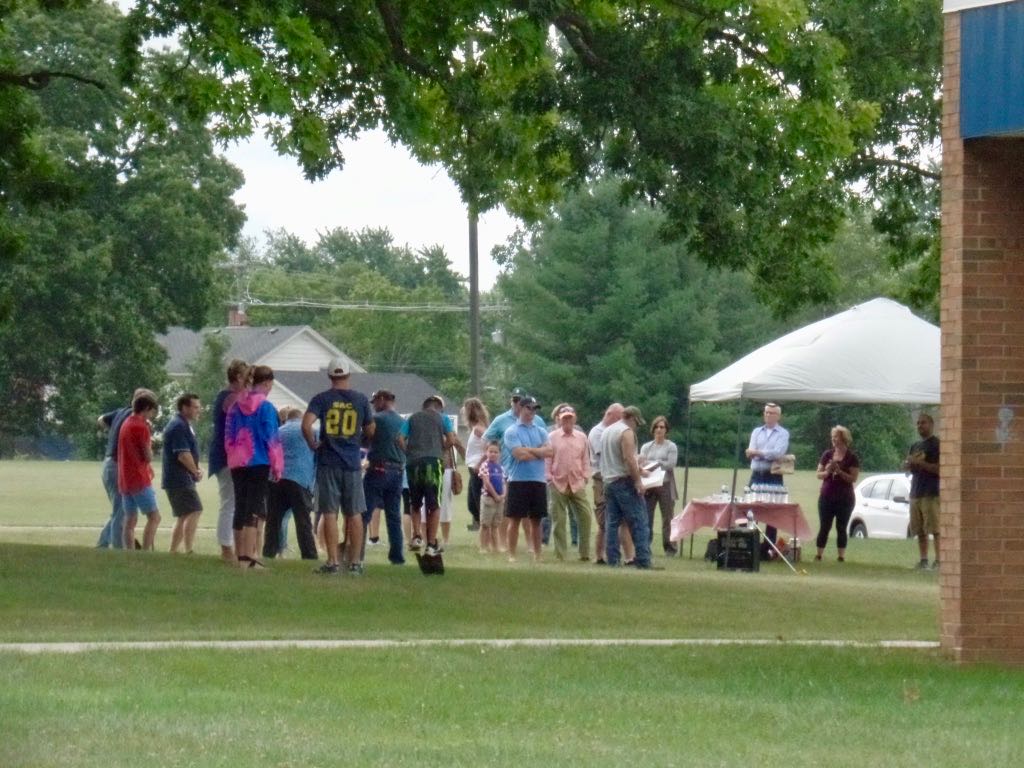 bunny_hugger's old high school class, gathered around for the digging up of the time capsule. Also with them: small human cubs that many of them have created. 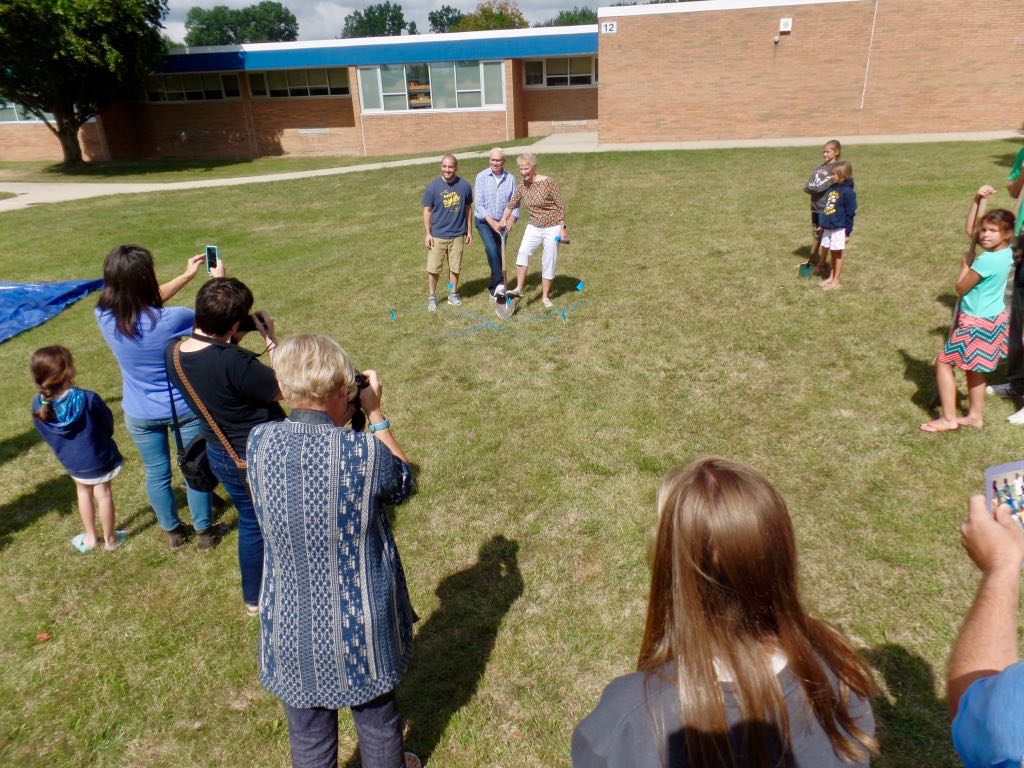 Hopeful picture as they've staked out what everyone thinks is the location of the time capsule! A sidewalk that was one of the landmarks on the maps had been removed so there was room for honest dispute. 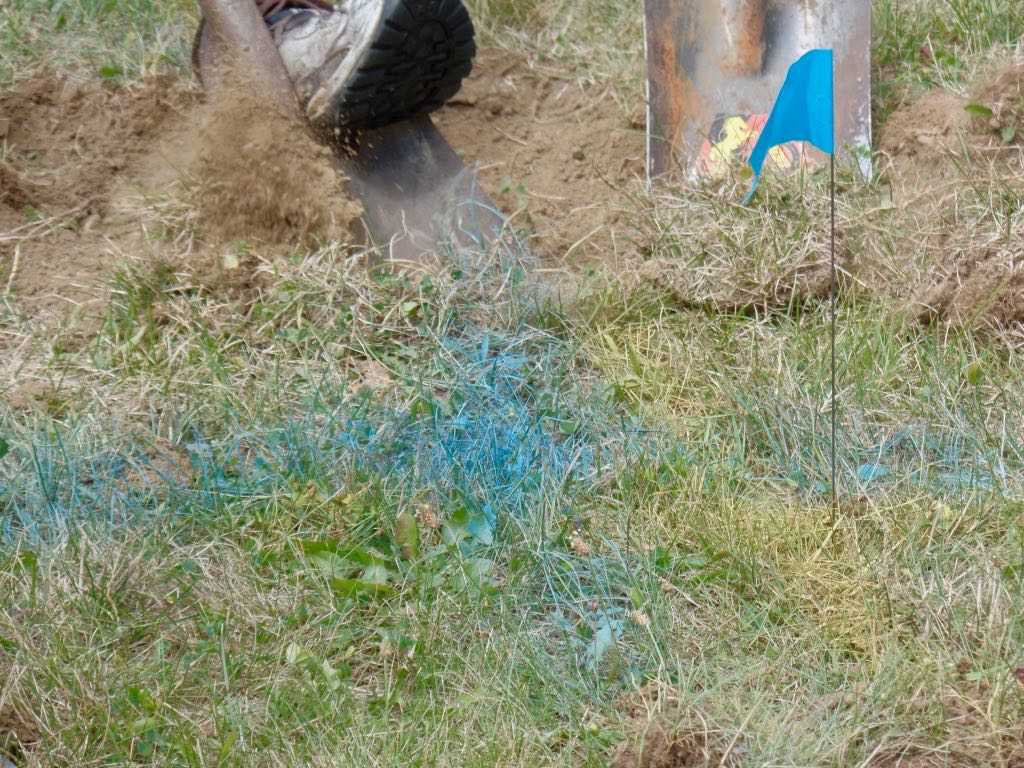 bunny_hugger takes some turns helping with the digging. Also human cubs were very eager to get involved, or at least in the way. The ground proved to be half an inch of dirt over a four-foot-thick block of natural concrete, so the pickaxe was a help. 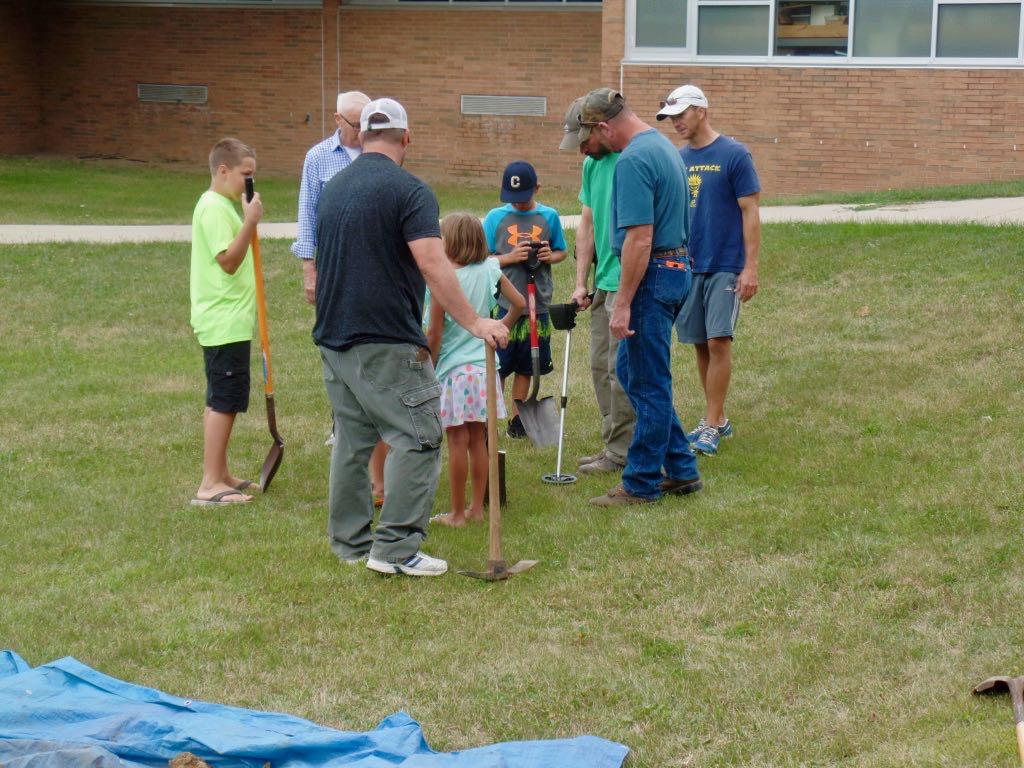 And then a dissident faction put forth the hypothesis that everything should have been at a second site. 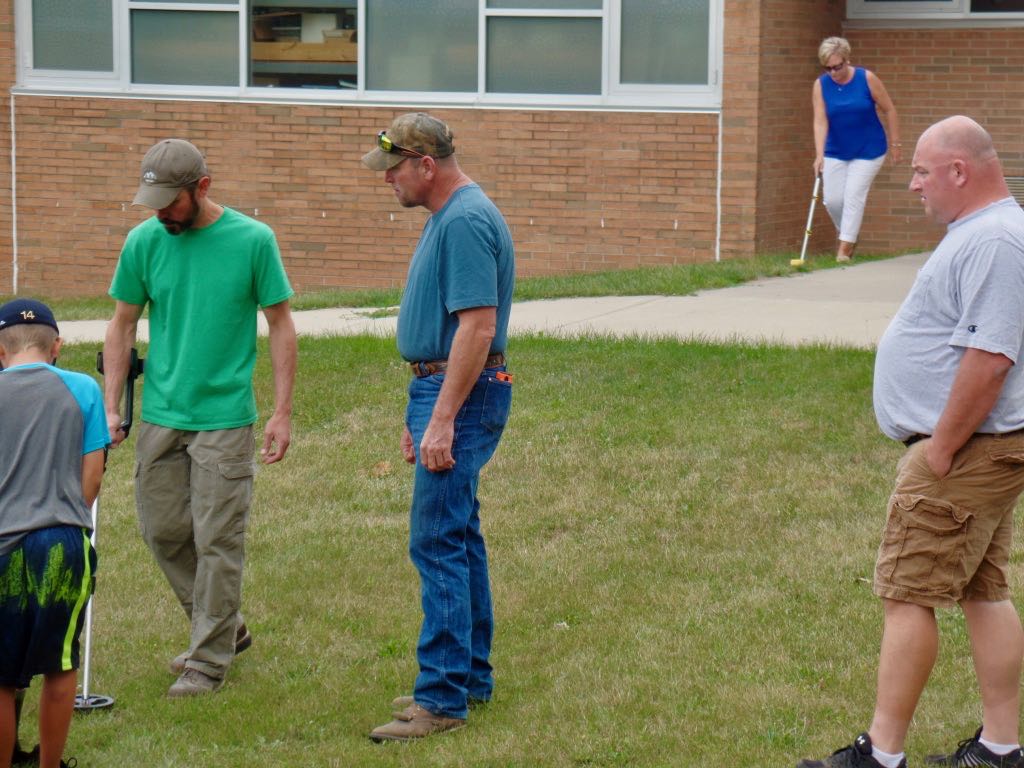 Crowd gathered around the second site as someone tries again using a distance-measuring ... roller ... thingy. 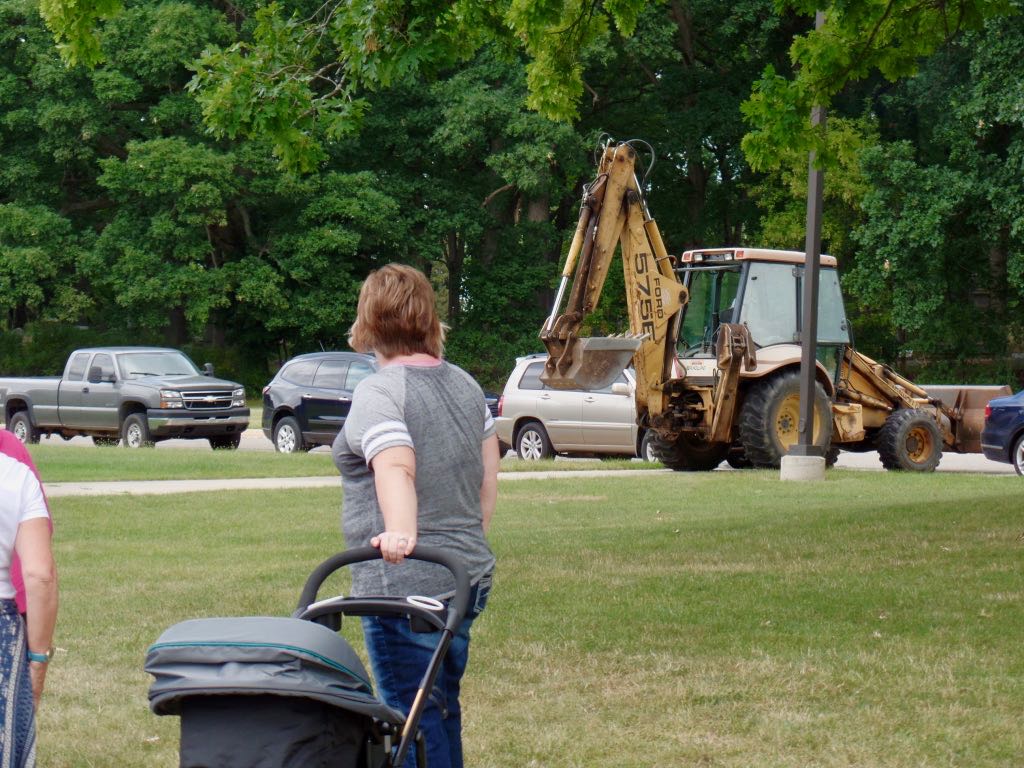 So with pickaxes and shovels not getting much of anywhere someone called in a friend who had some serious gear. 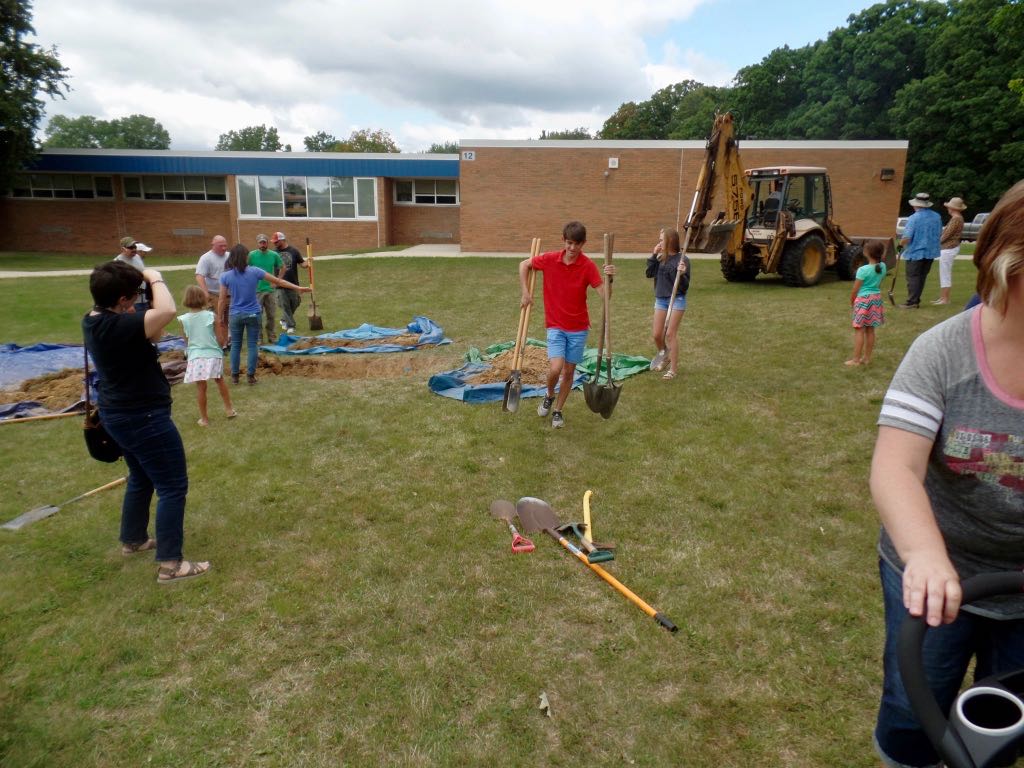 People getting out of the way. This'll find something soon enough, right?

Trivia: In late 1814 acting Secretary of War James Monroe proposed conscription, to make up for weak enrollments in the US Army and bring enrollment to 100,000; he also suggested putting state militias under federal control. Source: Union 1812: The Americans who Fought the Second War of Independence, A J Langguth.

Currently Reading: The Wizard of Id 1973 Daily and Sunday Strips, Brant Parker, Johnny Hart. Editor of the compilation not named as far as I can tell.