And you're gonna get wet

So now my roundup of the Christmas Week humor blog posts. 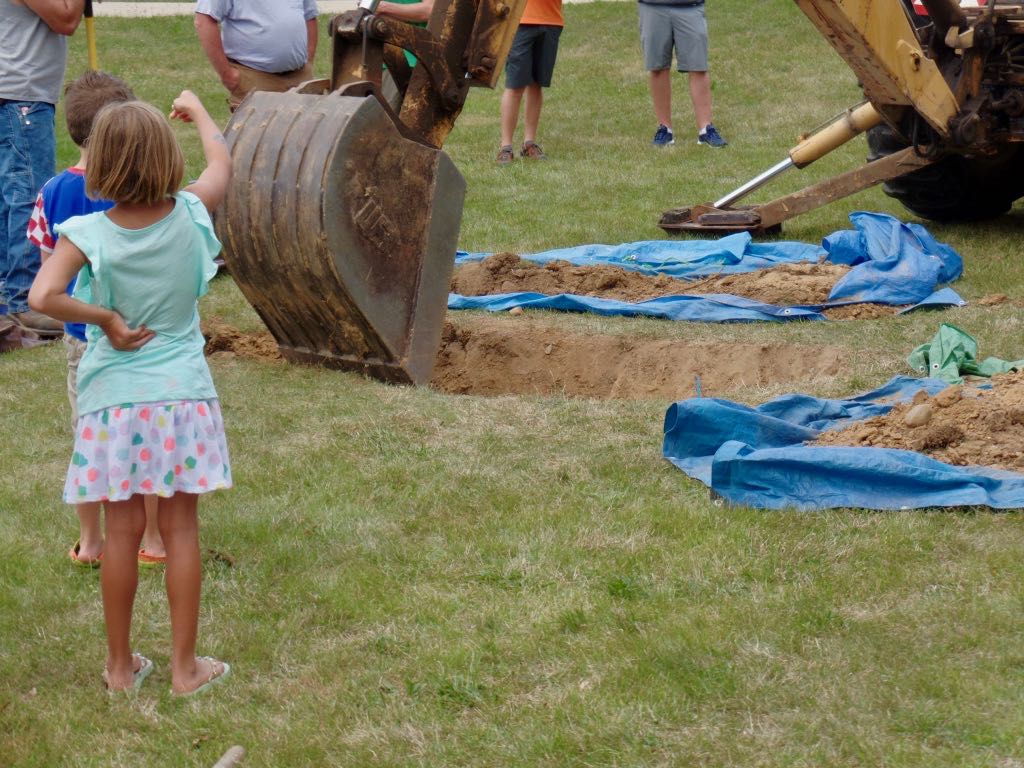 And now the digger gets to work, while for kids, this has just gone from their parents hanging out with old people at school to the best Saturday in August EVER. 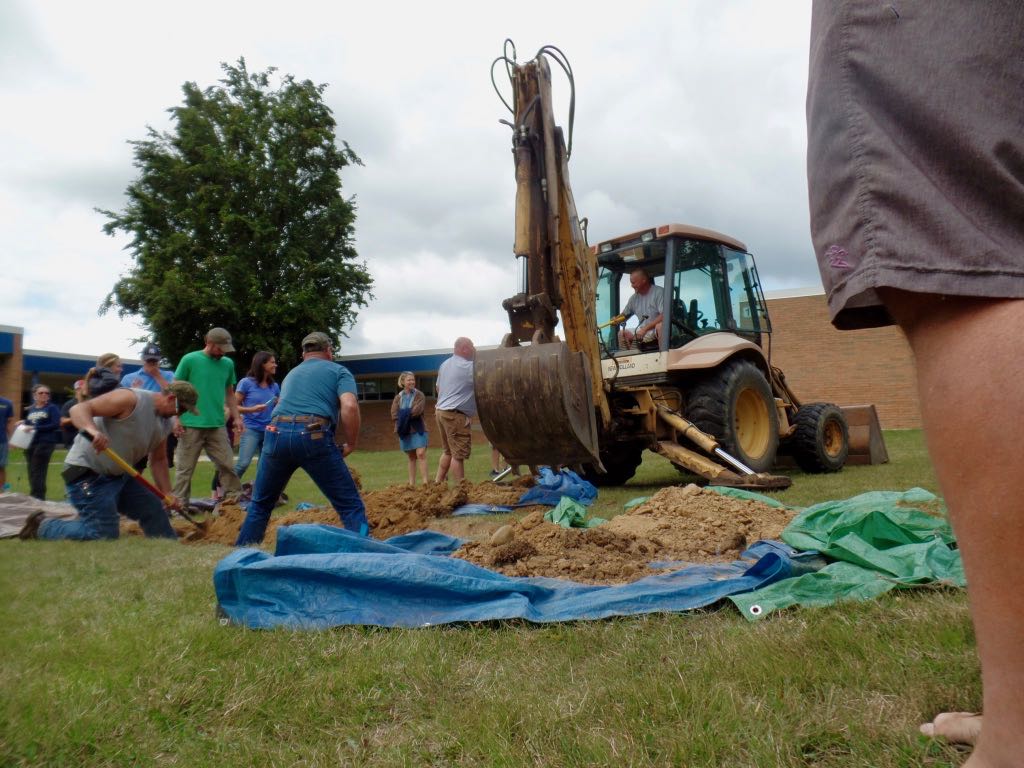 After a couple scoops from the heavy equipment guys with pickaxe and shovel would go at what was dug up, which I suppose is helping? 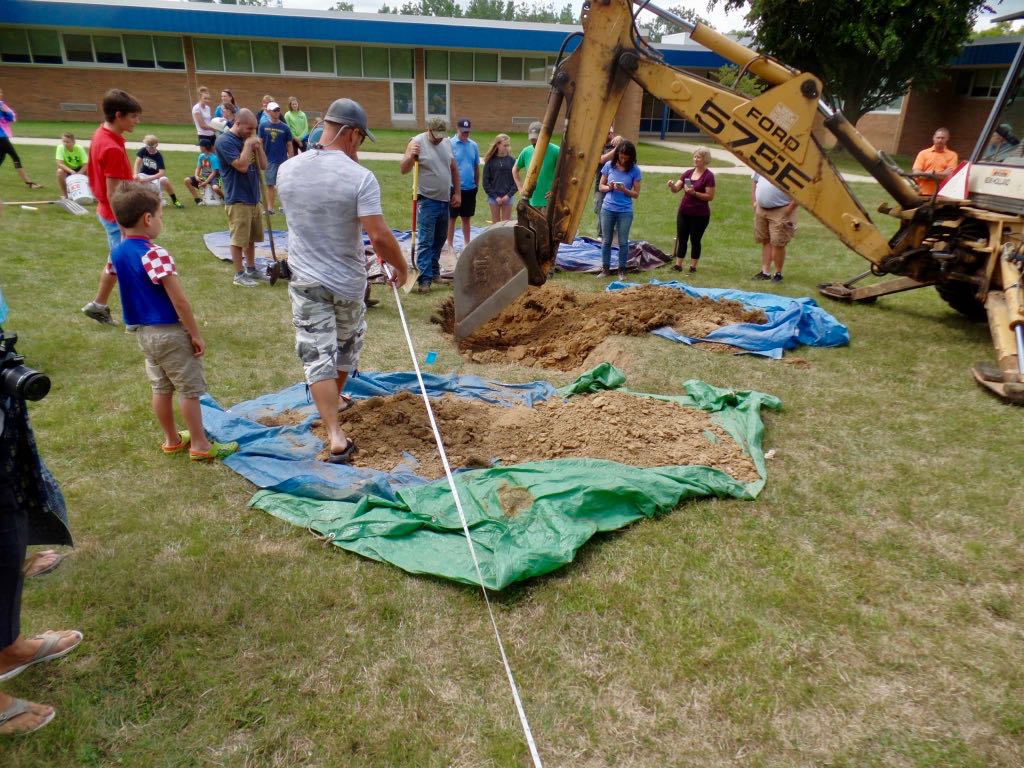 Bringing out the tape measure for yet another round of doubt about whether they were digging at the right place. You know, nearly all time capsules never get recovered. 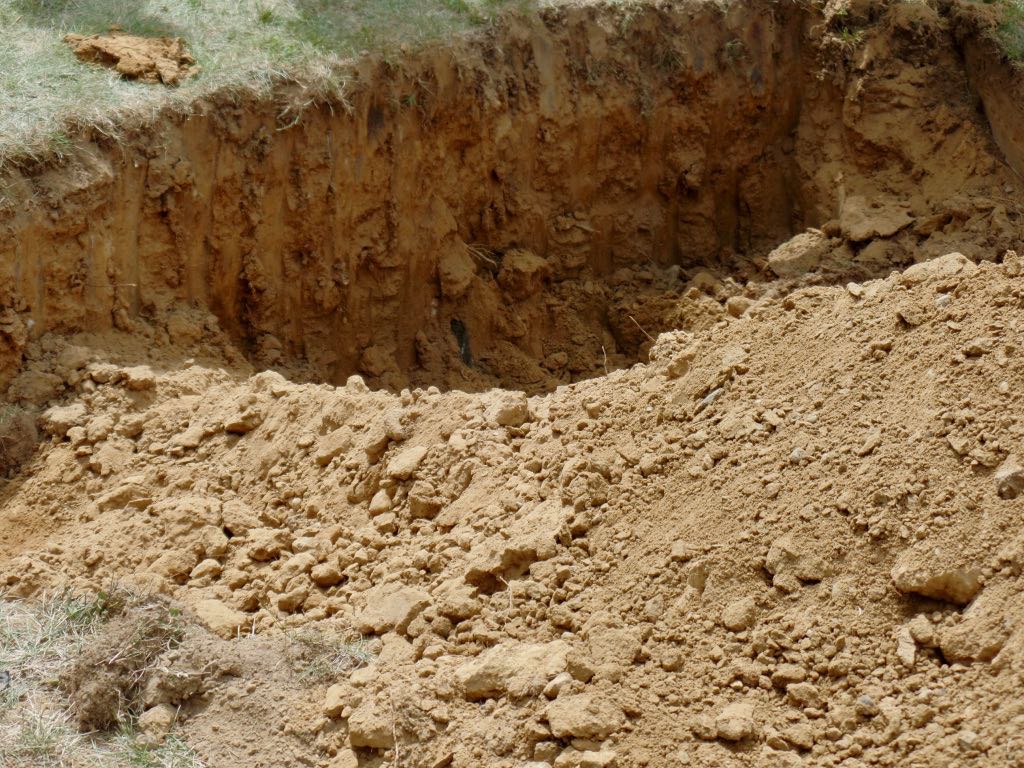 See that dark little patch in the dead center of the hole? Yeah, that's not anything, but it inspired confidence that everyone was probably digging in the right spot? 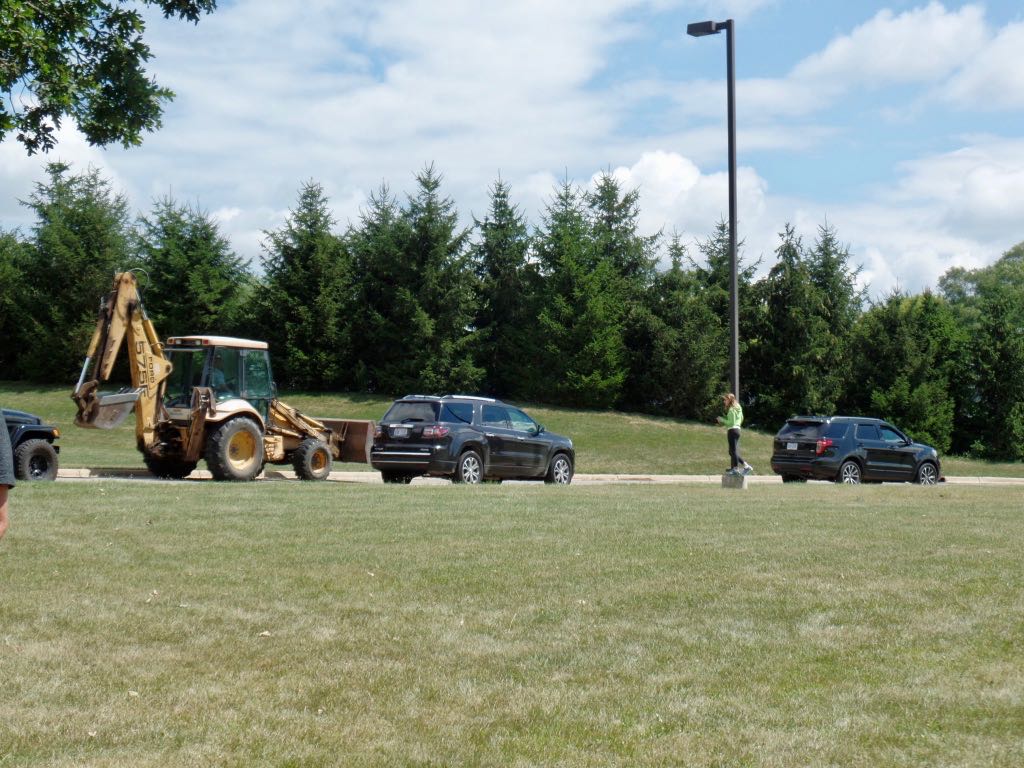 Um ... bye? The digger left after an hour without anything having been found, but that's all right, as it came back. 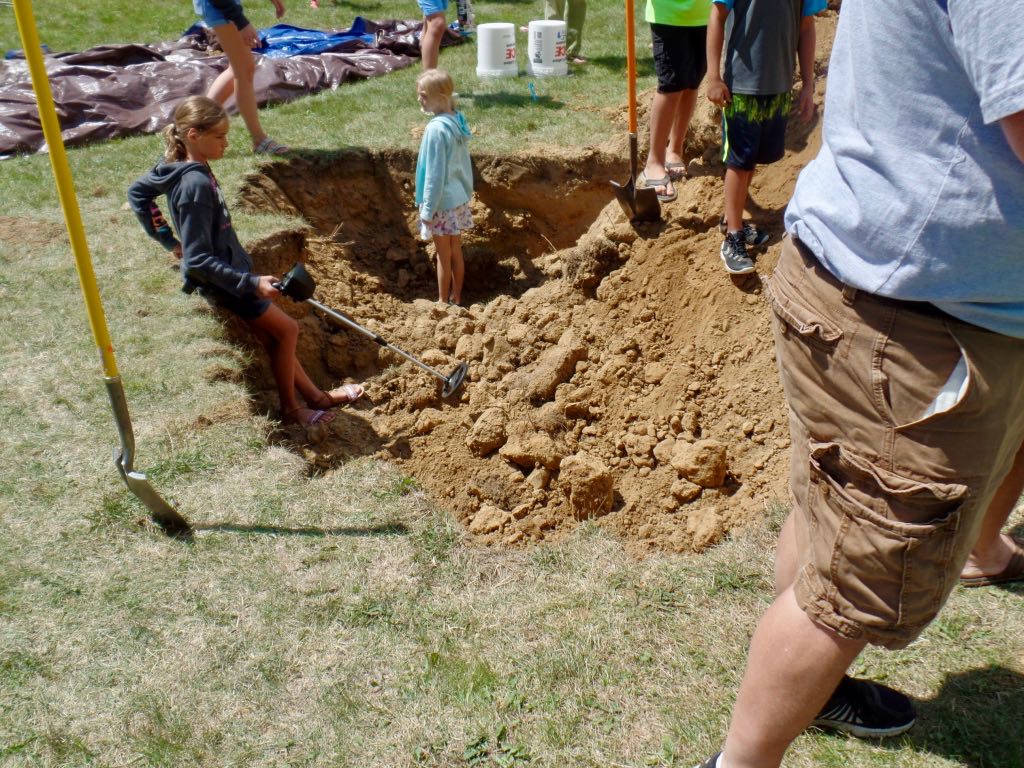 By now even the kids allowed to hold the metal detector were feeling a loss of morale. 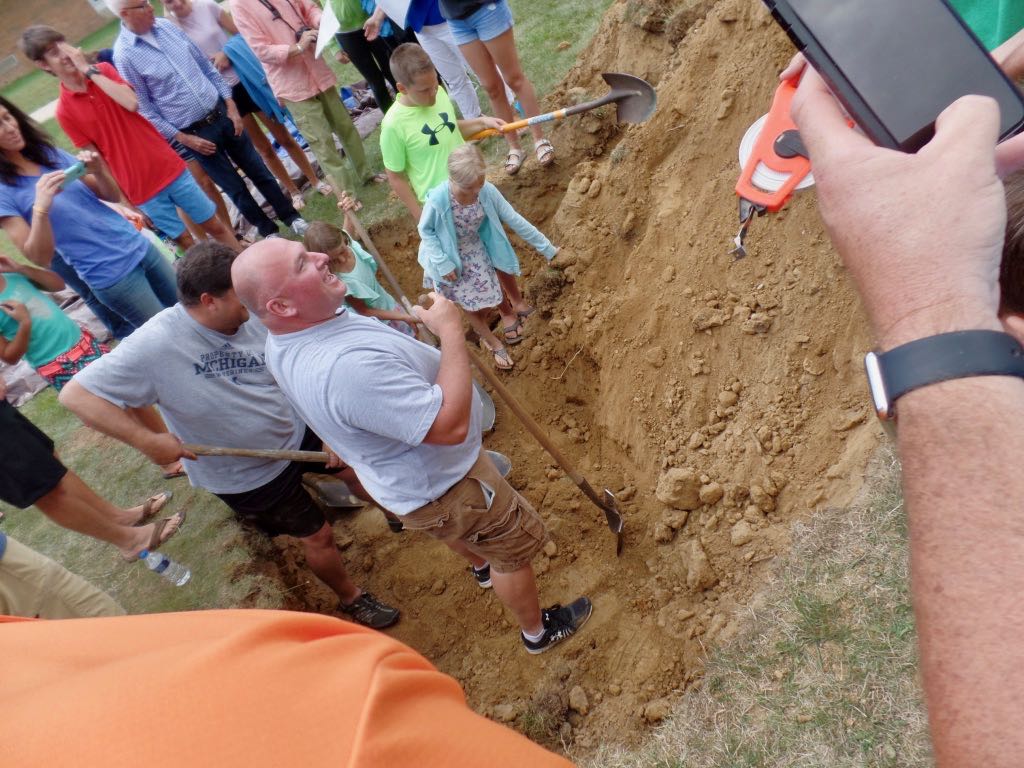 But some excitement! Was there something there? 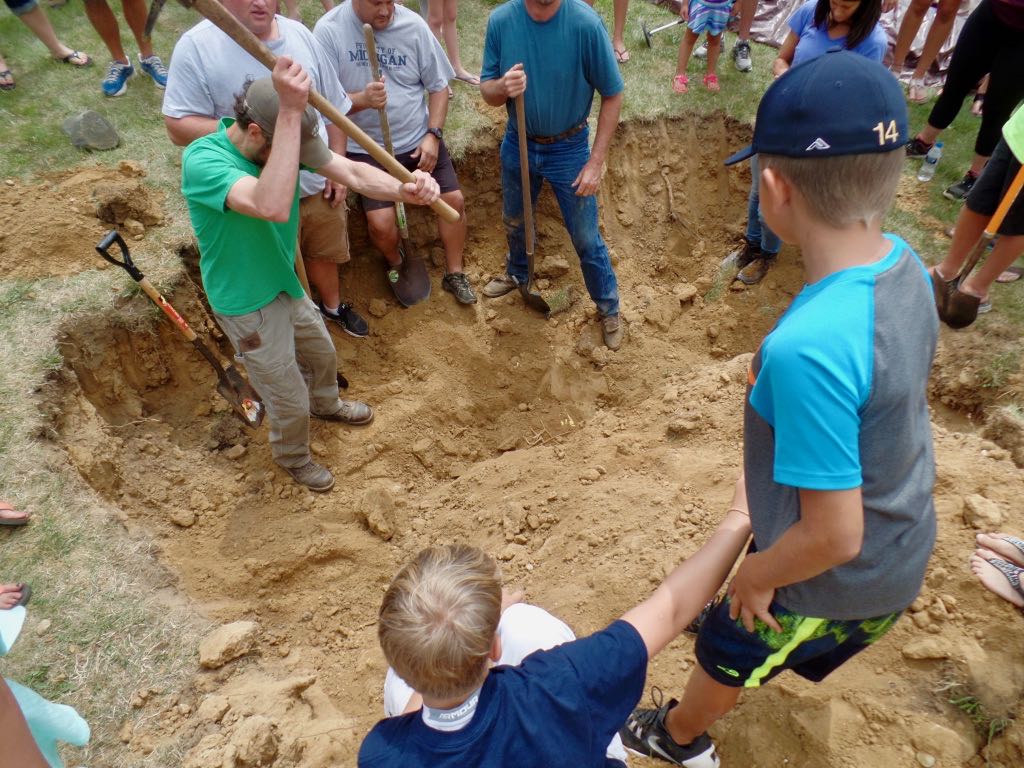 Do you see it? A plastic surface wrapped with twine. 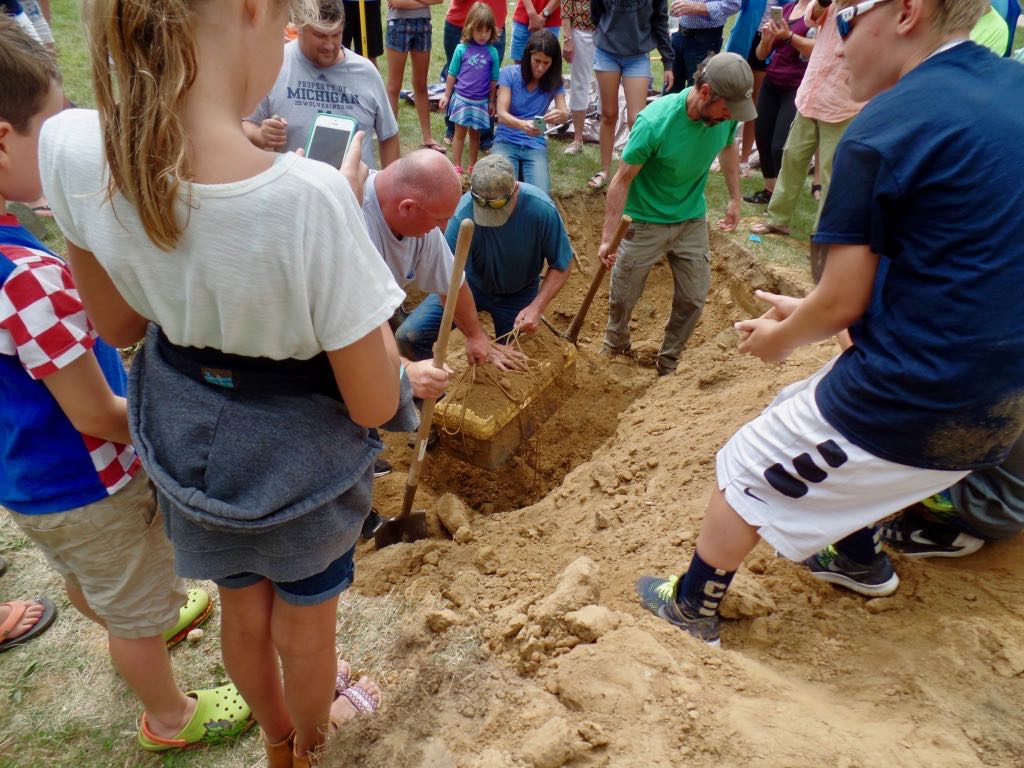 Success! The cooler's brought up and dispels the rumor that the time capsule had been put in a baby coffin donated by the funeral home.

PS: Reading the Comics, December 22, 2018: Christmas Break Edition and just see if I have anything for next week!