You're gonna eat a bowl of chow mein

So, we've had stuff happen, but I'm also enjoying the week at ease, so I'll continue through the end of the time capsule photos and then a little something special, and then tell you about the various ways I screwed up Christmas. It'll be fun! 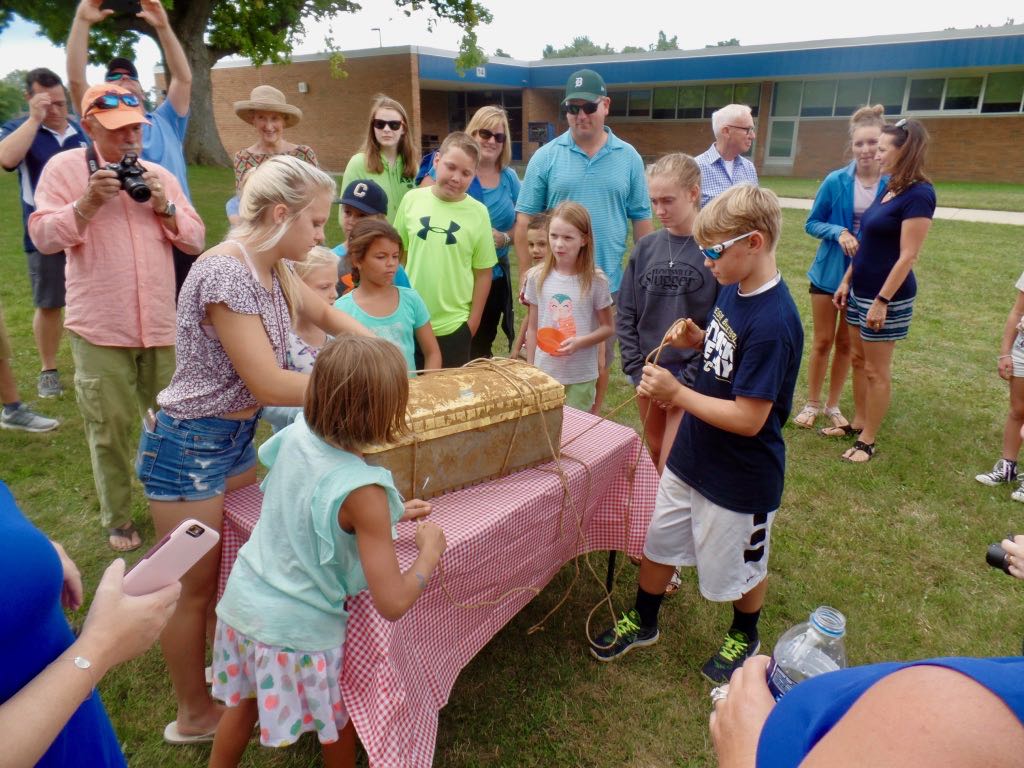 Gathering up the treasure. I'm not sure why the human cubs get to crowd around right up front but, eh, I guess they're not in the adults' way. 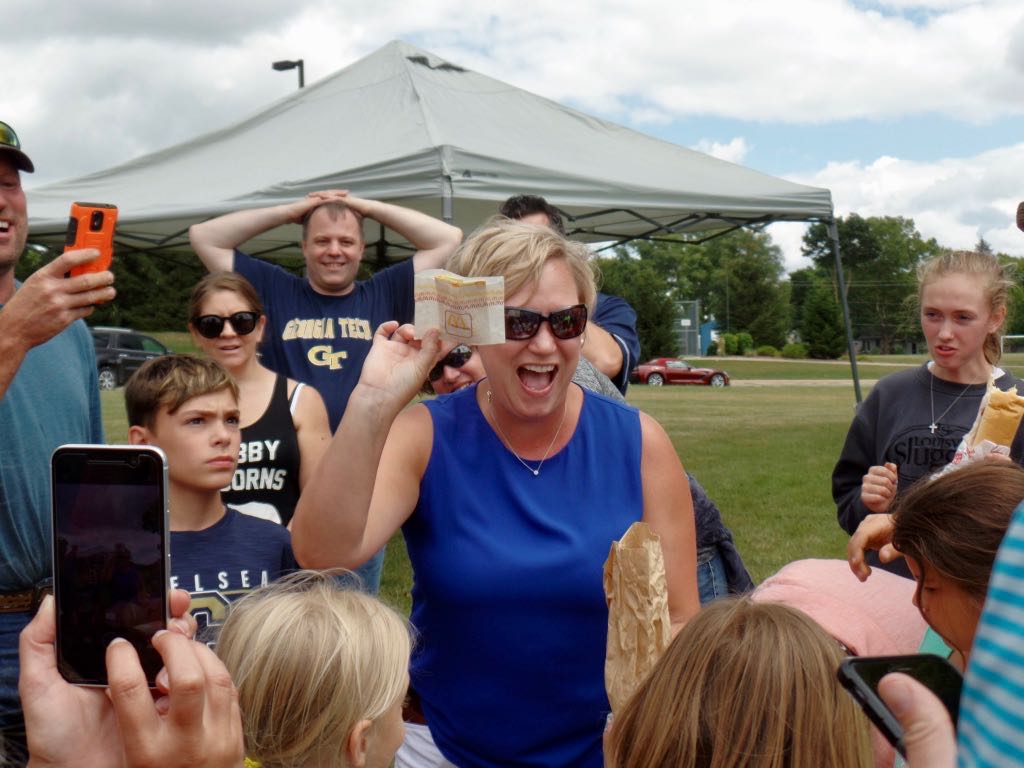 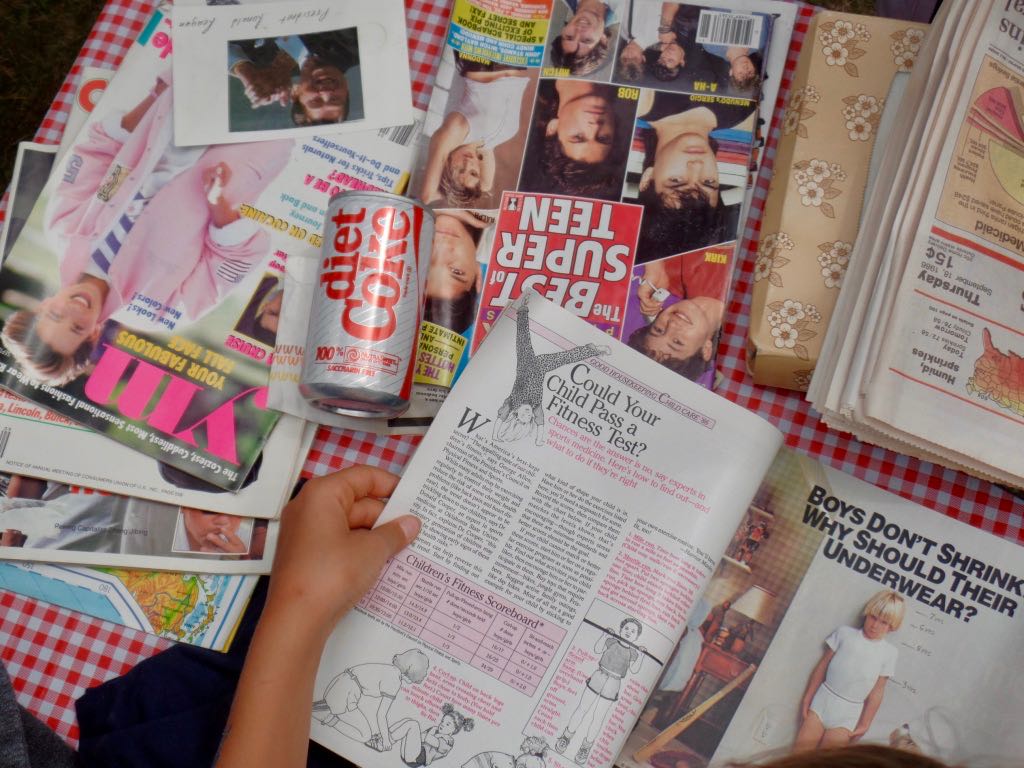 A bunch of the things that middle school kids thought representative of 1986, which was all, yes, quite correct. 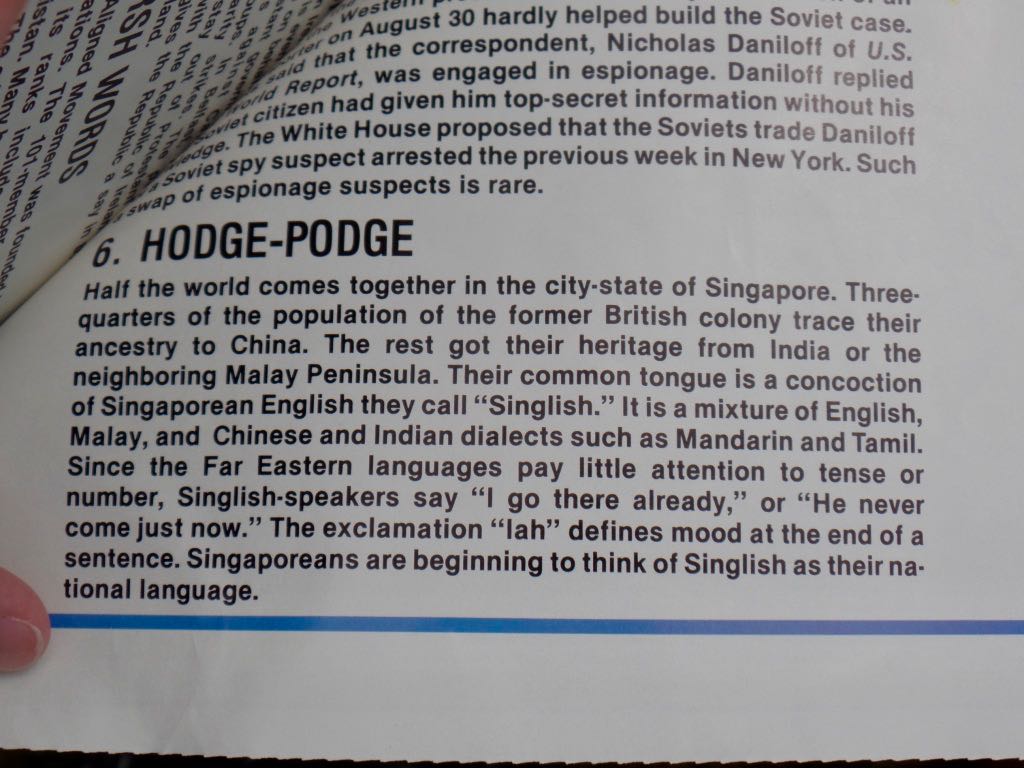 Small world! One of the features on the Weekly Reader's World Newsmap Of The Week was this piece about Singlish, which matched my experiences living in Singapore from 2001 to 2006. 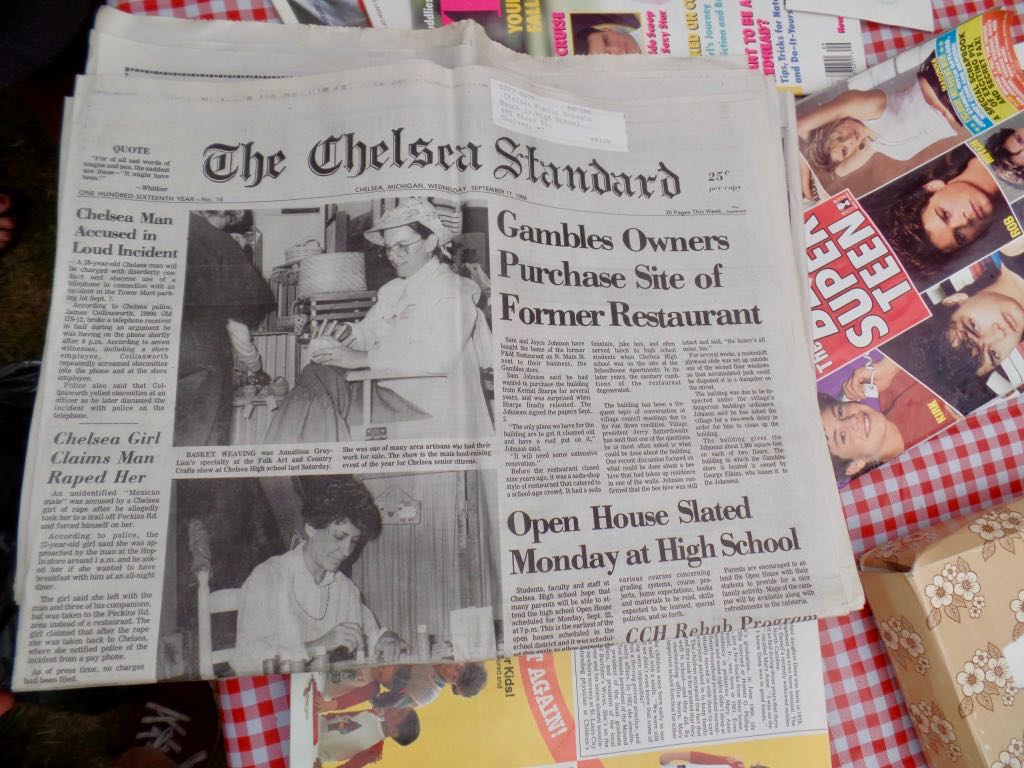 Interned copy of the Chelsea Standard, a weekly paper which

bunny_hugger would work on later in life. She would get to pick the quote for the upper left corner there, when she did. I appreciate the headline, ``Chelsea Man Accused In Loud Incident''. 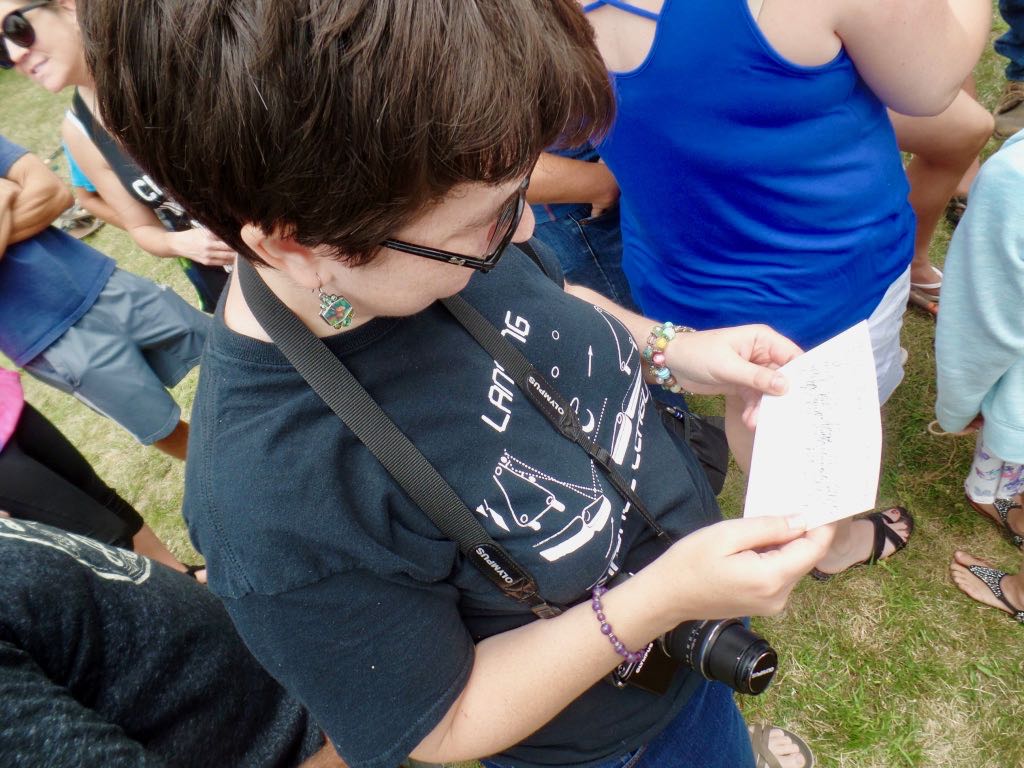 bunny_hugger reviewing the index card on which her teenage'sona wrote what she figured she'd be doing in thirty years. Crazy thing is she did predict she'd be living in a nearly century-old house with a bunch of animals and be a major player in the state's competitive pinball community. Isn't that weird? 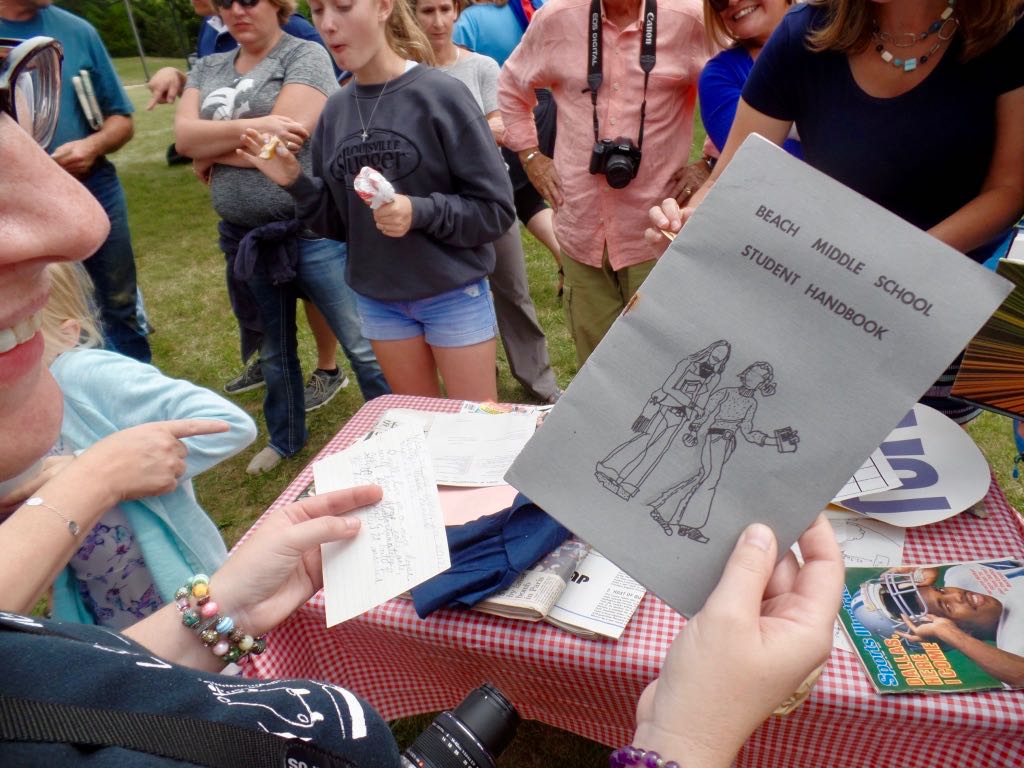 The student handbook, 1986 edition, featuring art that I'm going to guess dates to 1978, representing what the students were looking like as recently as I'm guessing 1974. 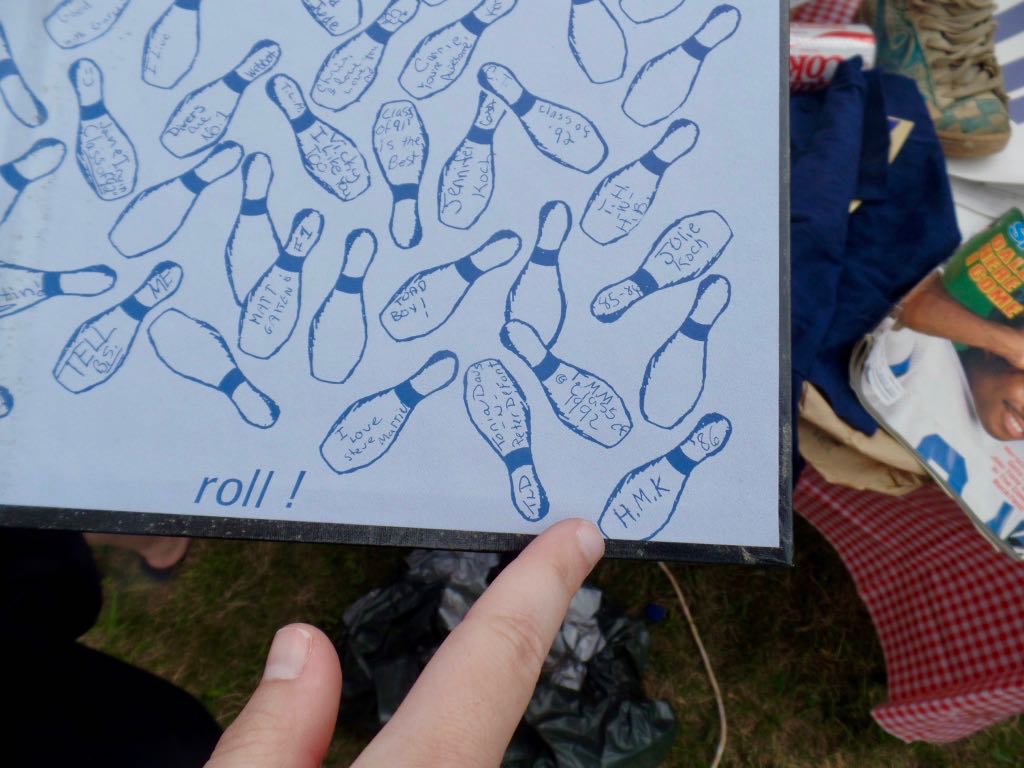 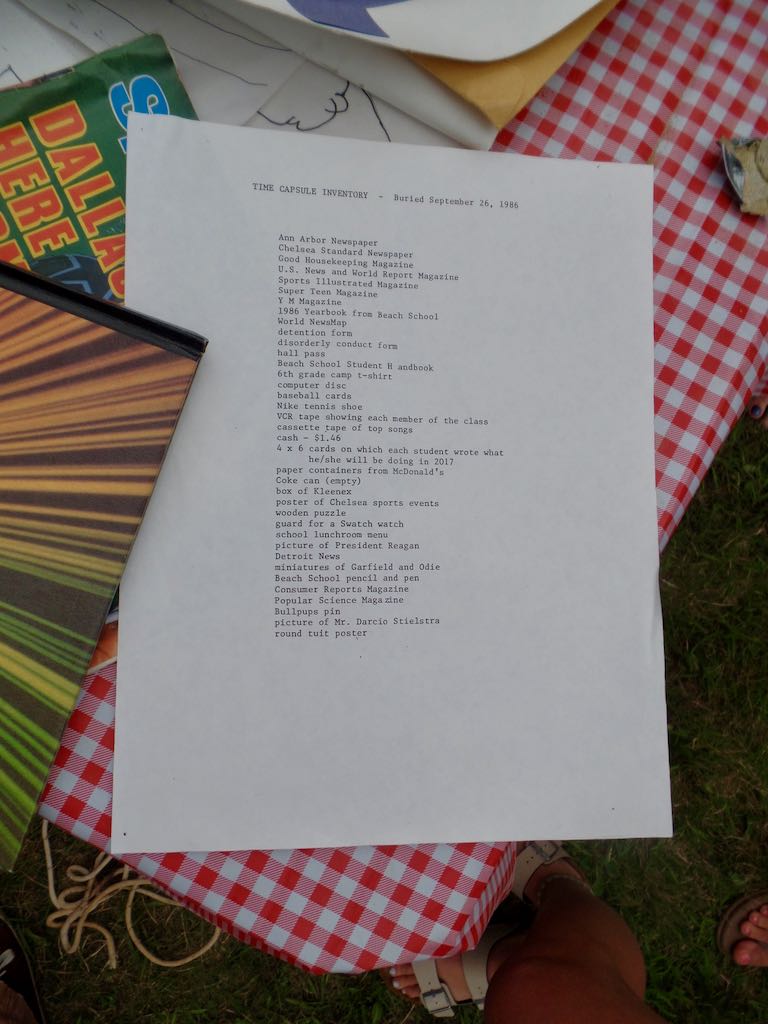 The official inventory of the Time Capsule. Among the features are a computer disc, miniatures of Garfield and Odie, and the mysterious Round Tuit poster. Also a VHS tape of the students and a cassette mixtape.

Trivia: An 1863 Royal Commission calculated that of an Indian Army of 70,000 British soldiers, some 4,830 would die each year and that 5,880 hospital beds would be needed for soldiers incapacitated by illness. Source: Empire: The Rise and Demise of the British World Order and the Lessons for Global Power, Niall Ferguson.