And be hungry real soon

And let's enjoy a little more time with the time capsule. And then

bunny_hugger showing me various things that were different from how they used to be. 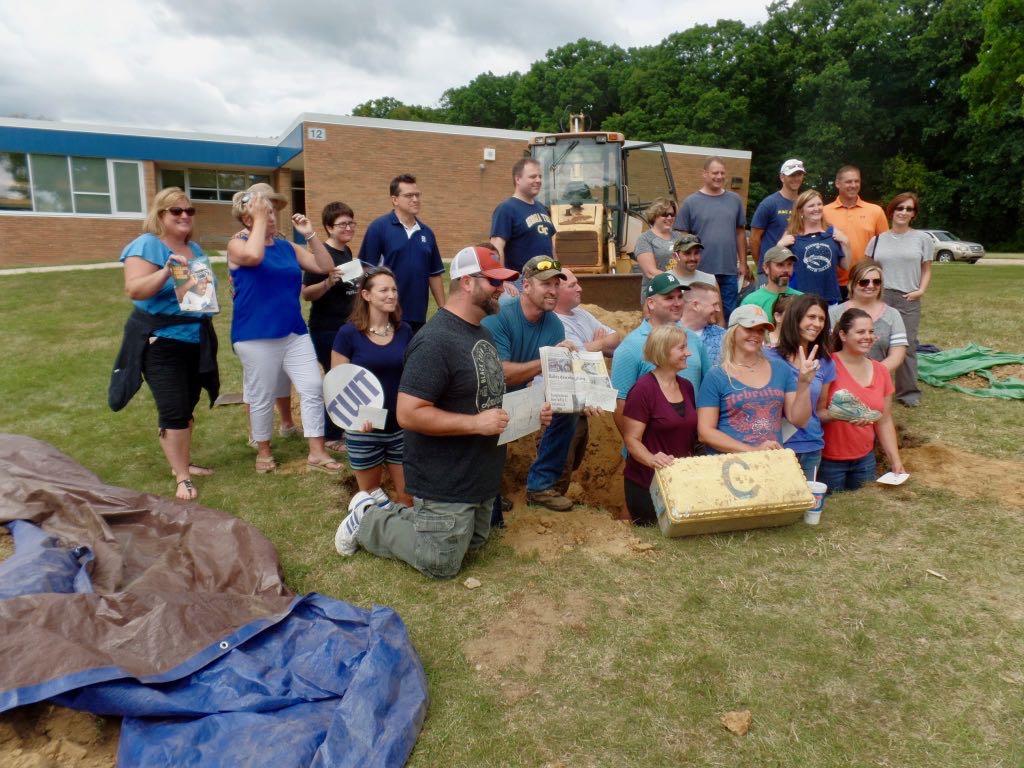 The class gathered, with some of the time capsule contents, at the hole. Notice a couple people standing in the hole. 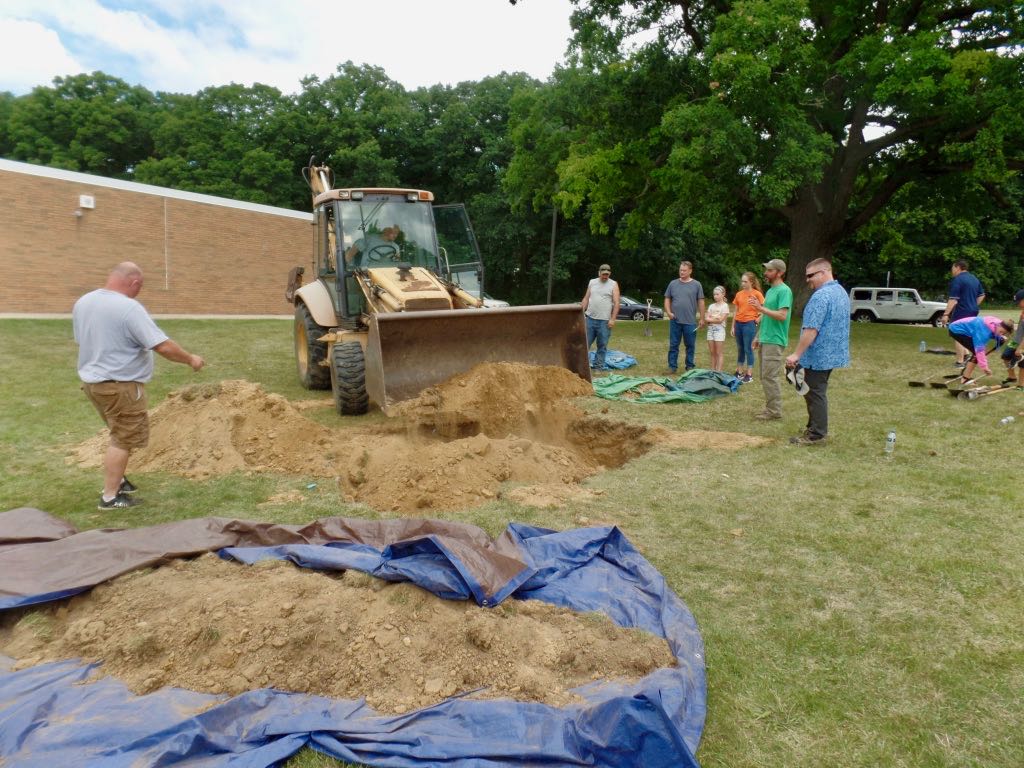 And some tidying up! The bulldozer end gets used to put stuff kind of back where it was. 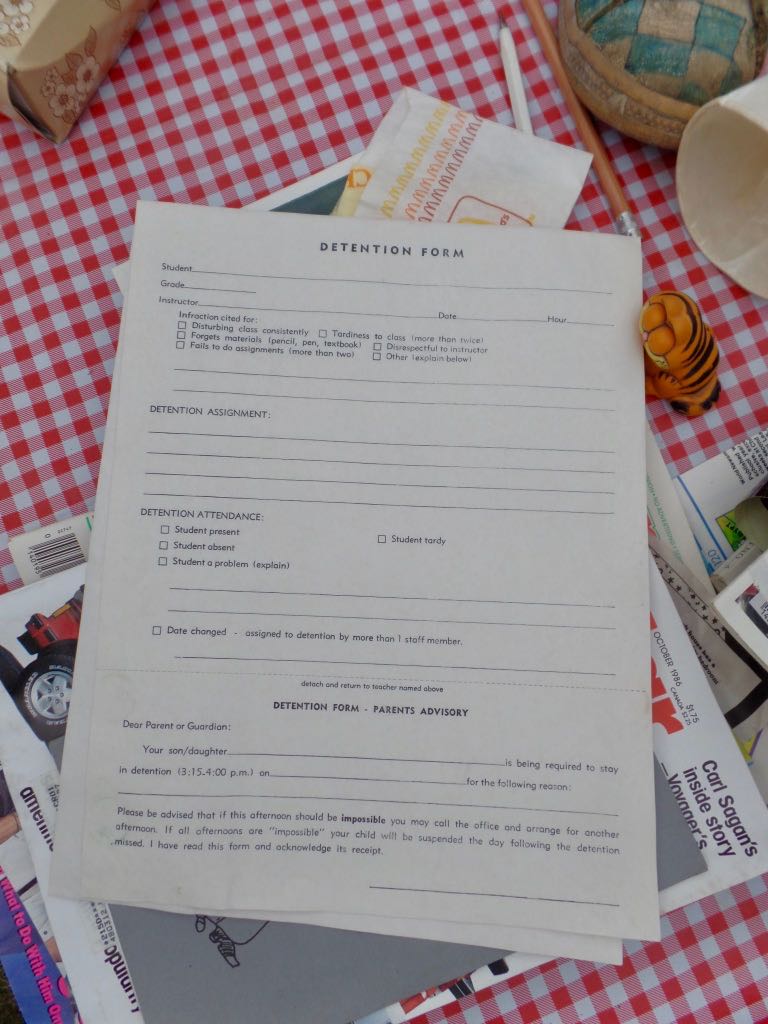 Back to the stuff from the time capsule. Detention slip here, and the Garfield miniature. Sneaker in the upper right corner. 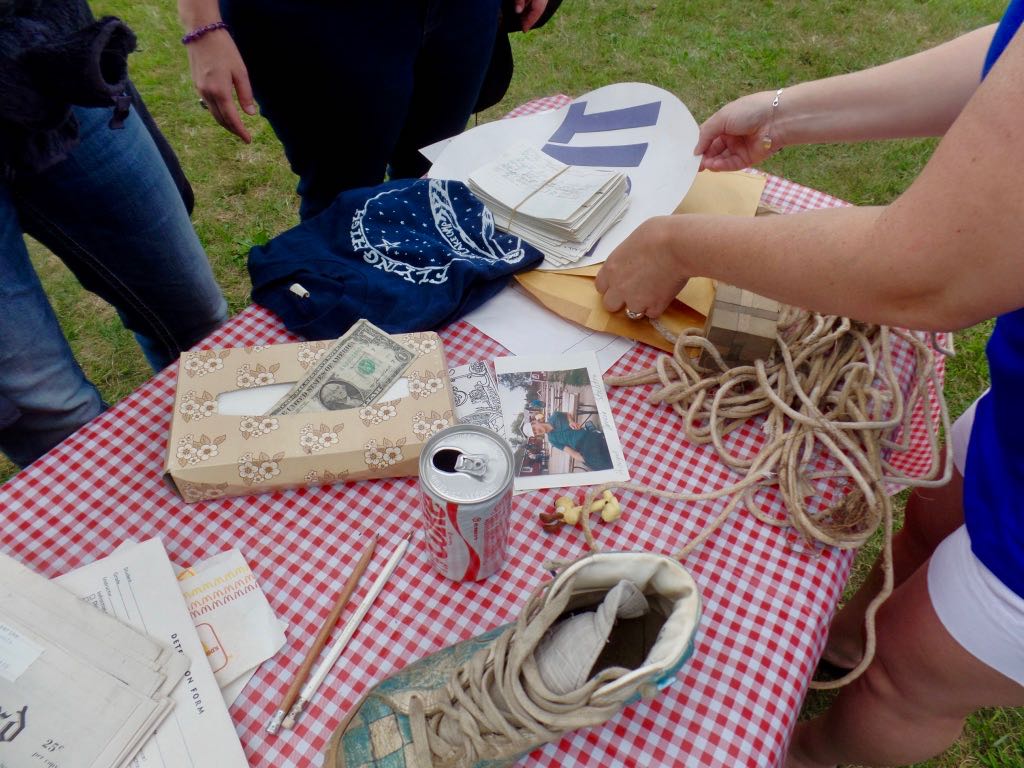 More of the time capsule contents. Upper center is a big round construction-paper disc with the word 'TUIT'. Its meaning is both obvious and lost to time. 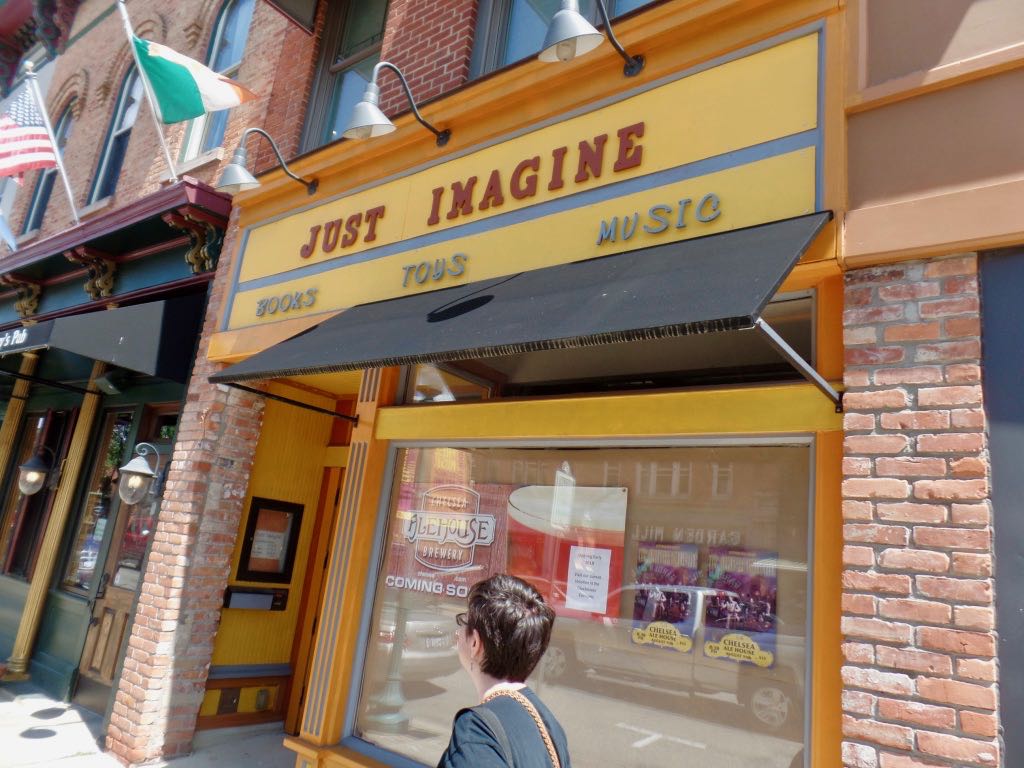 Well, enough of that. Let's visit downtown Chelsea. Here, the Just Imagine books-toys-music store is out of business and is turning into a restaurant, like every other storefront in Chelsea. 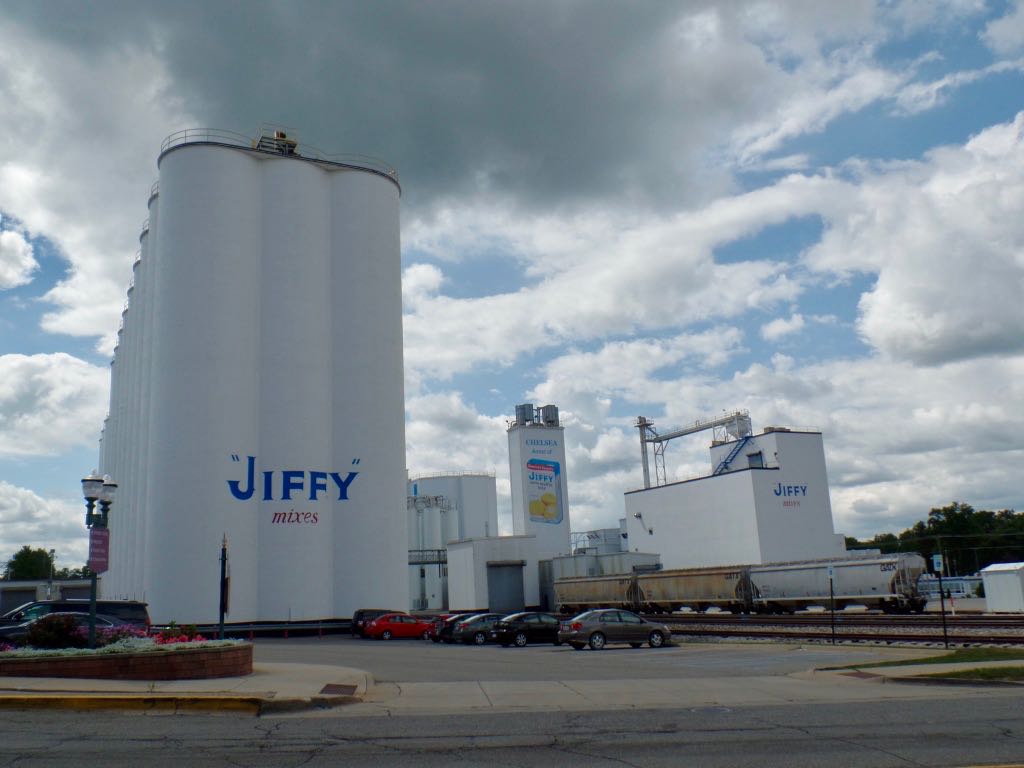 Actual industry though: Chelsea's home of the ``Jiffy'' mixes and here's their plant and railroad yard. 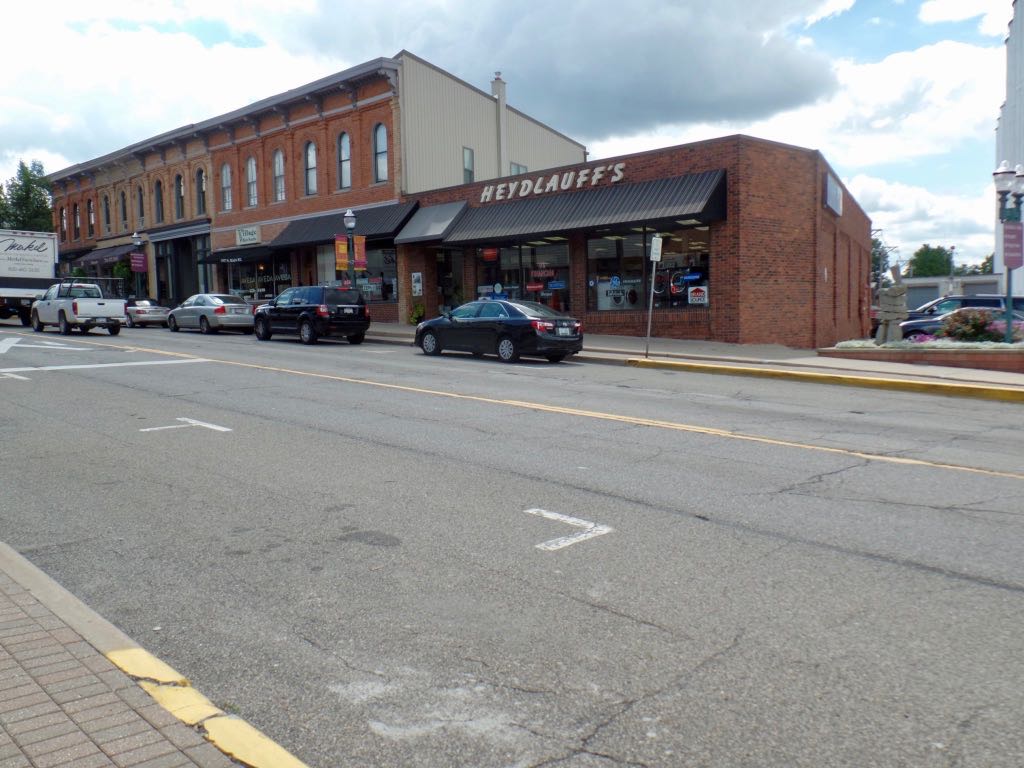 Heydlauff's hardware, one of the handful of non-restaurant/bar businesses left in Chelsea. 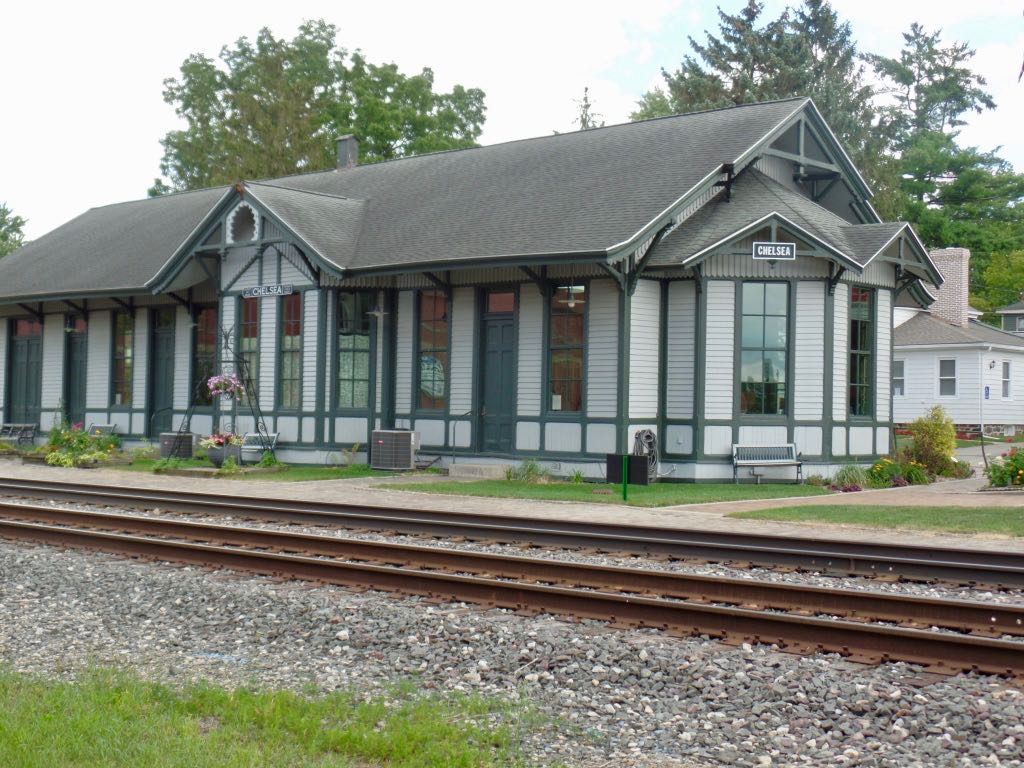 The Chelsea train station, not far from the ``Jiffy'' plant at that, and opposite what was once the Glazier Stove Company building. 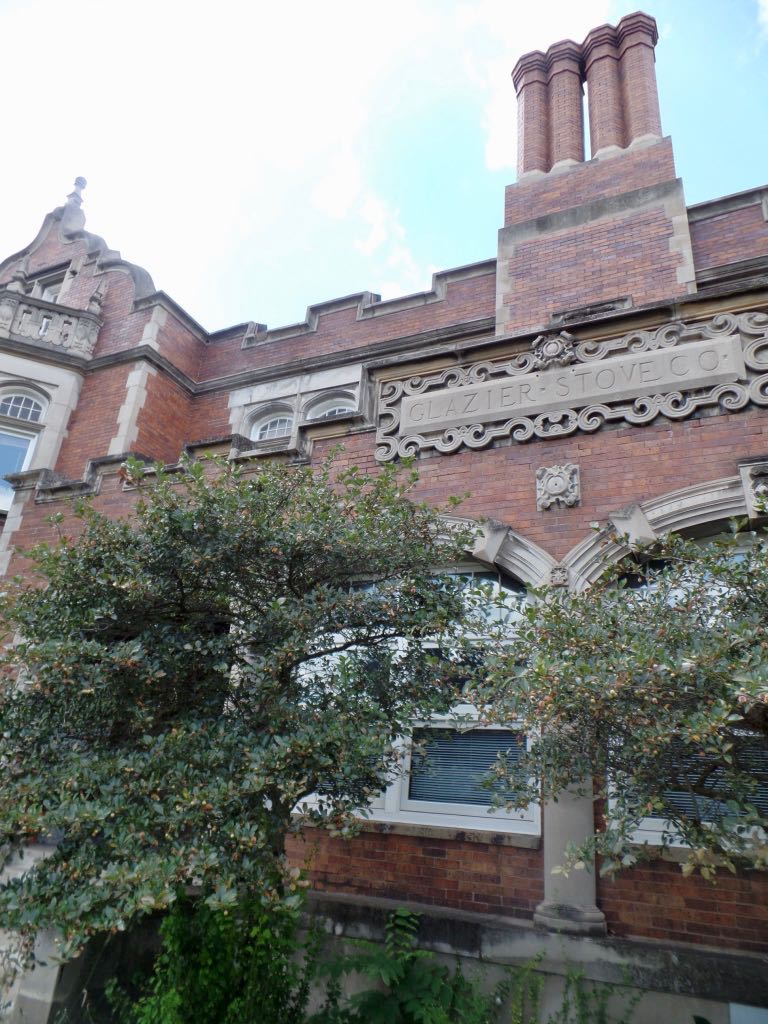 And now this is the Glazier Stove Company, which hasn't had anything to do with stoves in like a century now.

Trivia: When the Mexican-American War started, New York Herald publisher James Gordon Bennet organized a consortium of newspapers to start a pony express from New Orleans to Charleston. (Charleston was connected to New York City by telegraph.) The newspapers would often have reports days ahead of the government getting military news. Source: An Empire of Wealth: The Epic History of American Economic Power, John Steele Gordon. (Or so says Gordon, and other pop histories about the founding of the Associated Press; I haven't seen a primary document to support the days-ahead-of-the-official-report claim.)