Are my sources correct

Yeah, so, between collapsing after finishing the A To Z and getting caught up in Christmas Week activities I didn't have time to write much on my mathematics blog. What I did publish, you might have seen on your reading page. If you missed that, here's what it was, meager as it was:

And in the story strips? What’s Going On In Dick Tracy? What is a ``Neighborhood Bank'' Scam? I can mostly answer the first question. The second I'm still asking myself.

Anyway, now's a good time to finish off our visit to Chelsea, Michigan, last year. 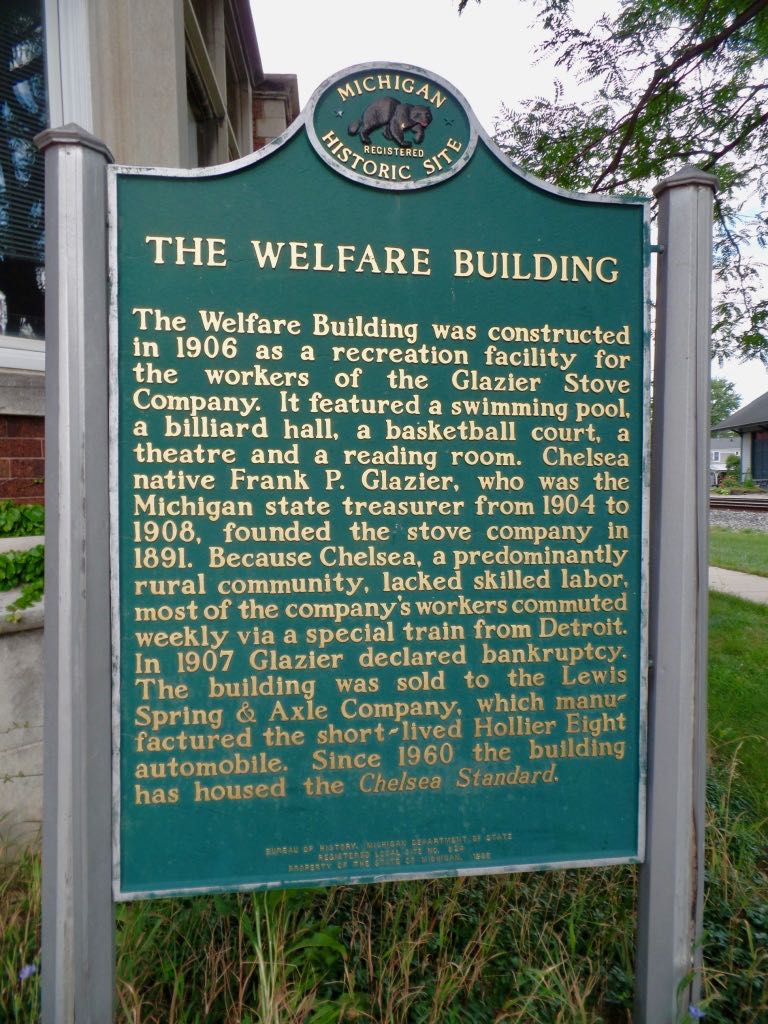 Historical marker explaining the former Glazier Stove Company's Welfare building. Yes, it's named for Frank P Glazier, whose company went bankrupt while he was the state treasurer, which you can't say is a good look. The building housed the Chelsea Standard when

bunny_hugger worked there, and when this plaque was erected, but that newspaper's since gone the way of all local news. 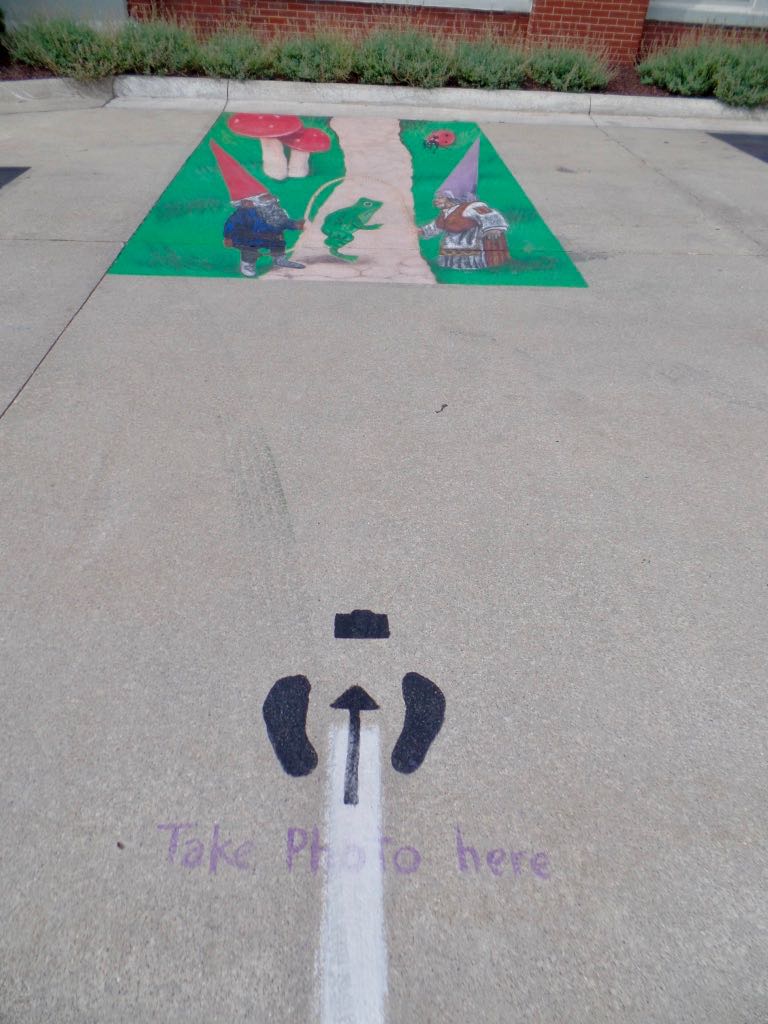 Anamorphic sidewalk art and also my amazement that more people don't just walk up and slug me. 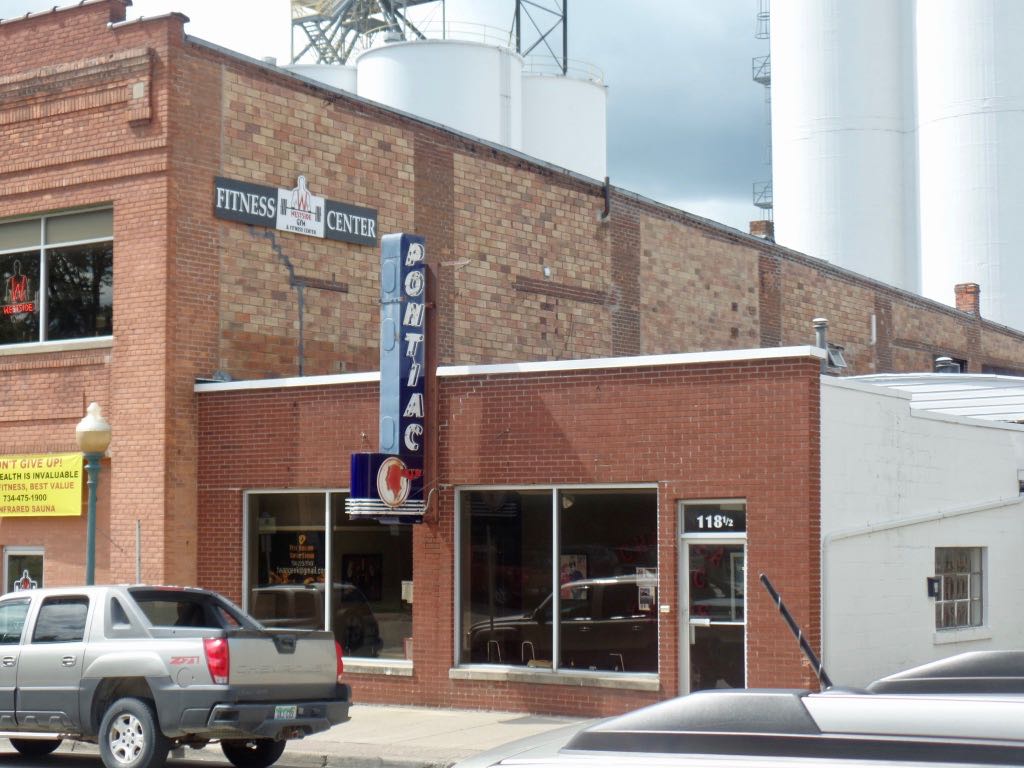 Former Pontiac showroom that's kept its vintage sign. I don't know whether the neon works yet. 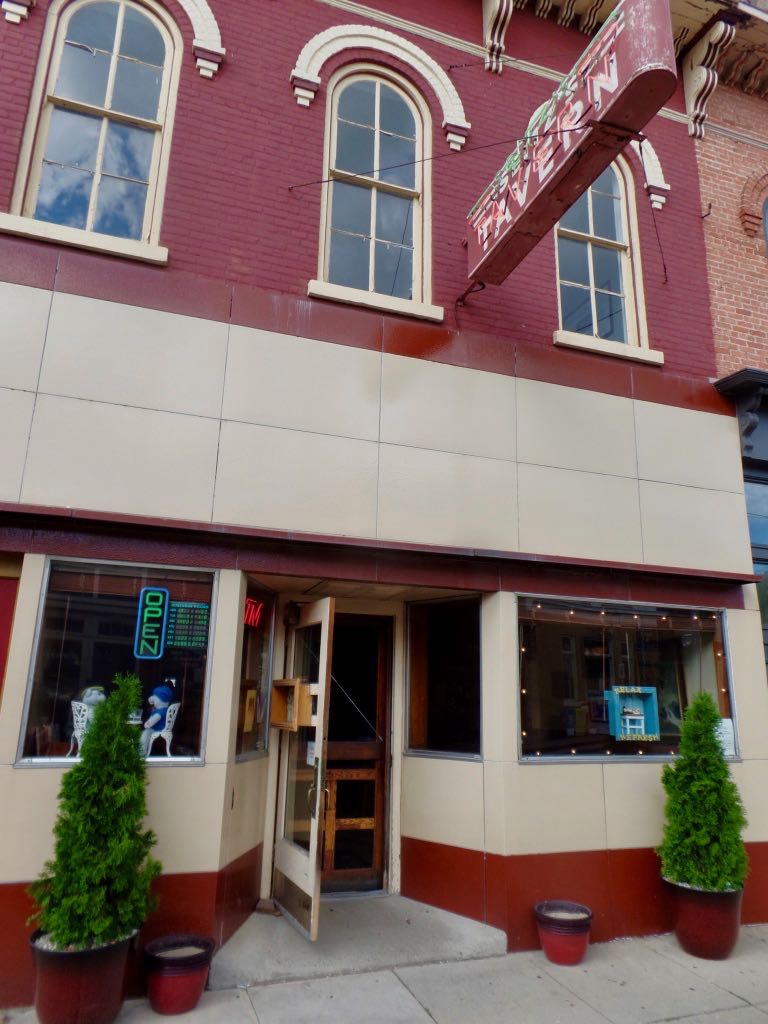 Also an Art Deco-styled tavern that's still the downtown bar, that seemed to be doing all right not gentrifying too rapidly for the actual people of the town to live through. 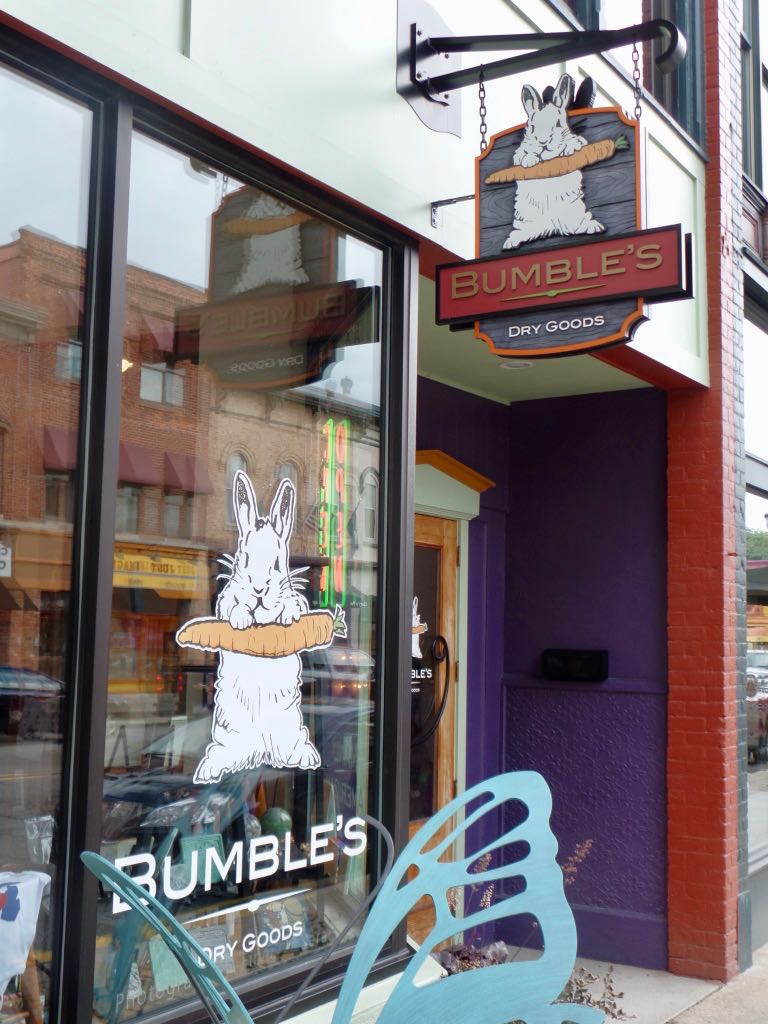 So when a shop in Chelsea doesn't turn into a restaurant or bar anymore this is what it is, a cute knick-knackery. 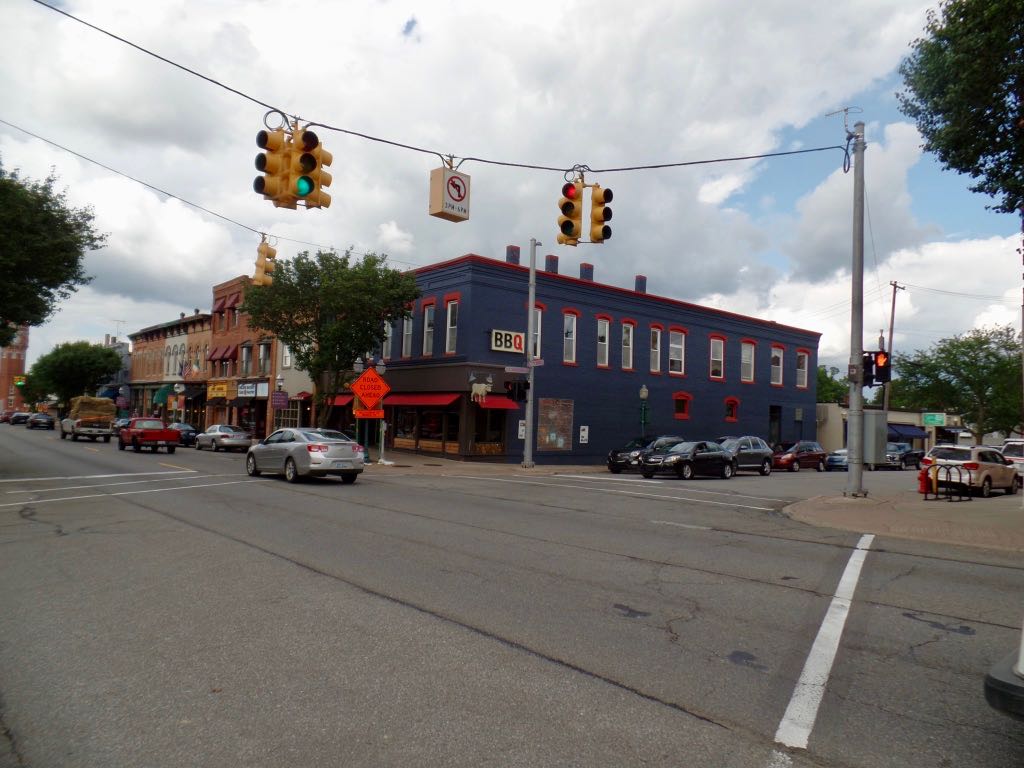 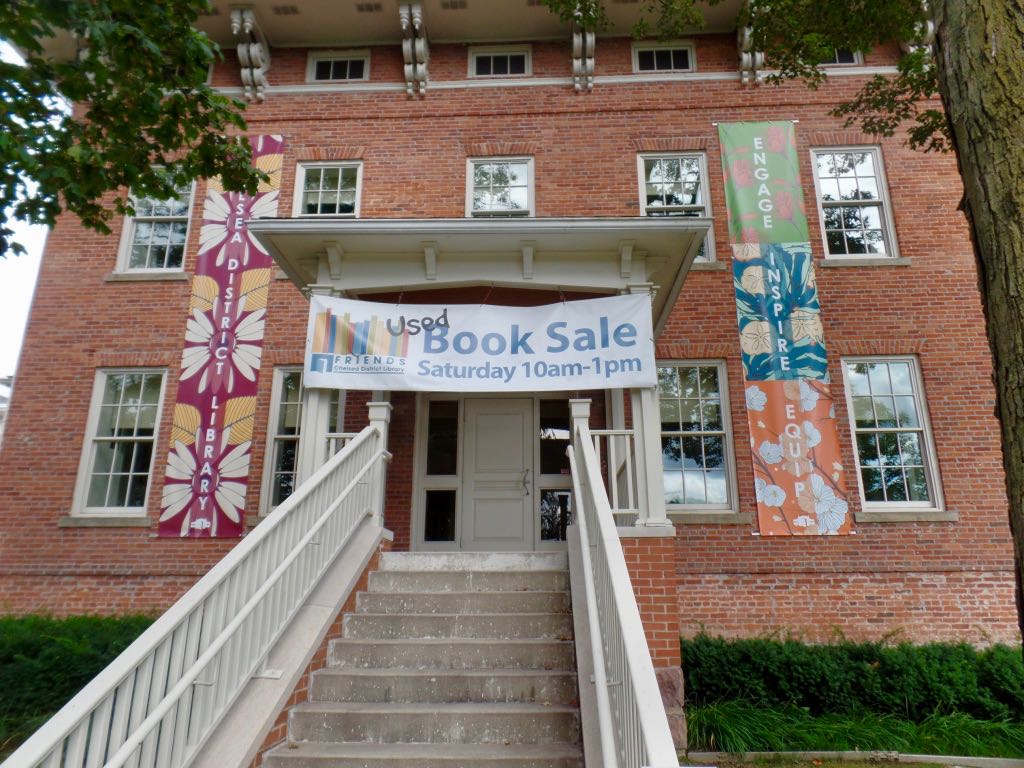 Chelsea's main public library, which several years ago won an award for Best Small Library in America. There's a rather larger (and wheelchair-accessible) expansion built onto the back of this. 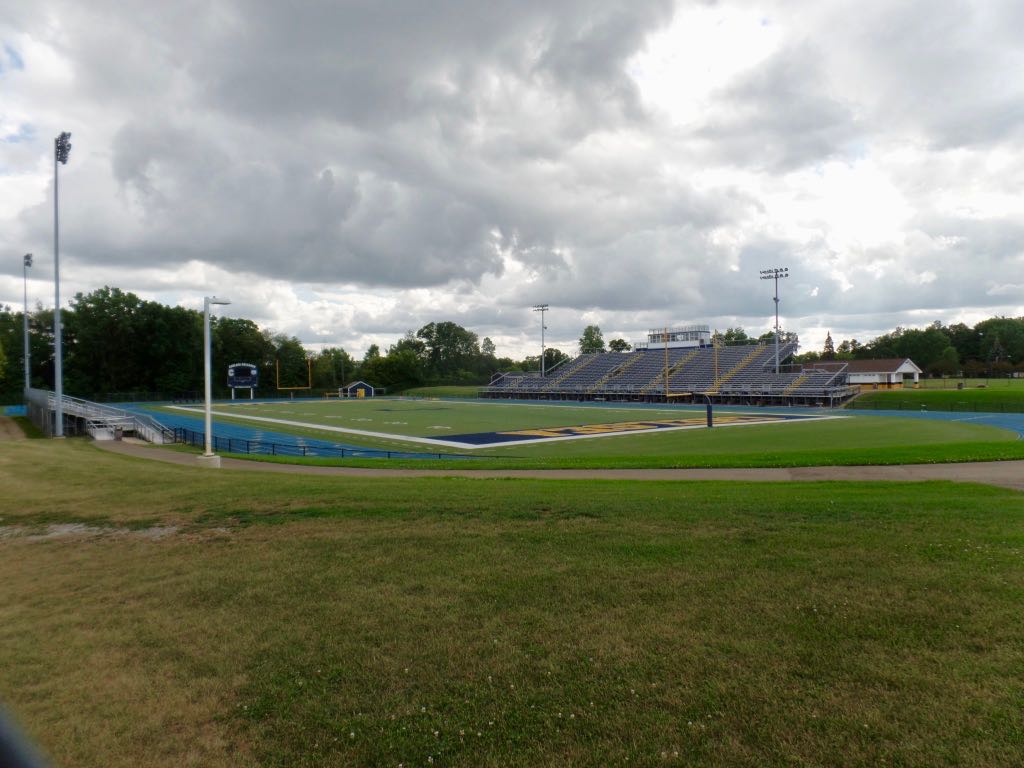 bunny_hugger used to march in band. There were a handful of people way off at the far end of things but, y'know, that's their business, not ours. 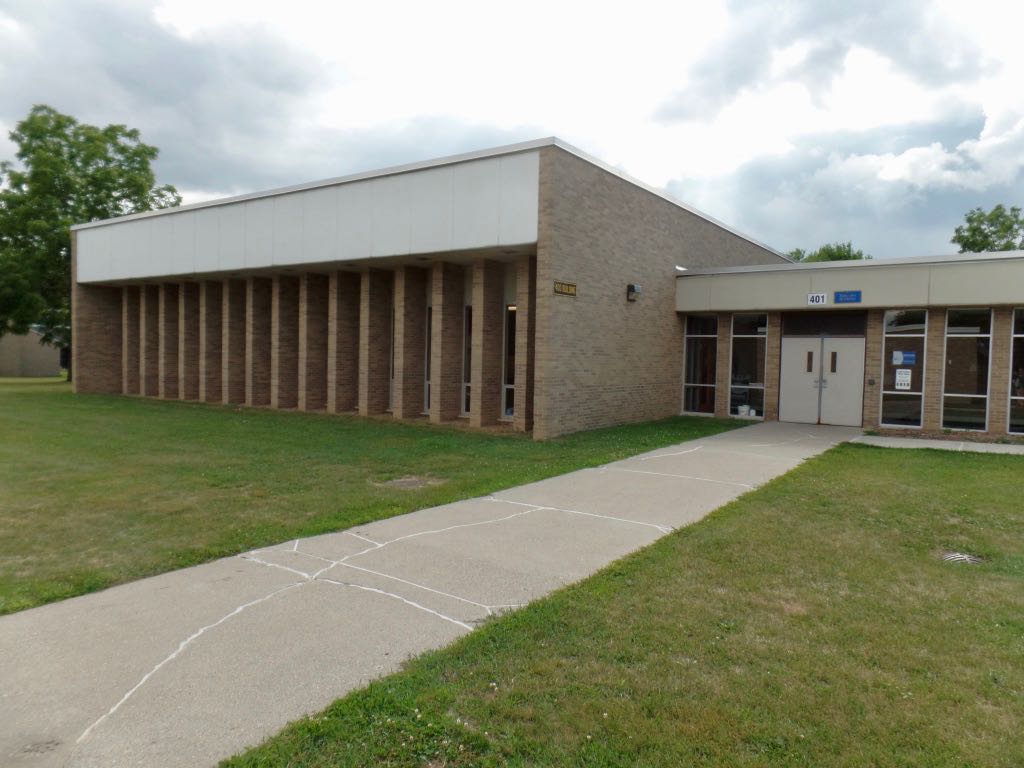 One of the several buildings of

bunny_hugger's old high school, which is now a community-education center. The school had a bunch of separate buildings so that students routinely had to go tromping outside. This produced, reasonably, urban legends that the architect gave the school board plans designed for southern California. But apparently no, the school board liked the separate-buildings plan and figured kids can wear coats.

Trivia: In December 1965 Lieutenant Commander Marcus Arnheiter, taking command of the USS Vance, had the traditional morning wake-up call of the boatswain's whistle replaced with an ``overamplified'' recording of fife-and-drum reveille. Source: Mutiny: A History of Naval Insurrection, Leonard F Guttridge. (Arnheiter lasted 99 days as captain of the USS Vance; reveille was a relatively minor peculiarity.)