Horses chasing 'cause they're racing

My first humor blog roundup for the year. Did I manage a something every day, after all? Yes. The proof:

Getting back now to the fairgrounds, where we're done with animals but still have rides. 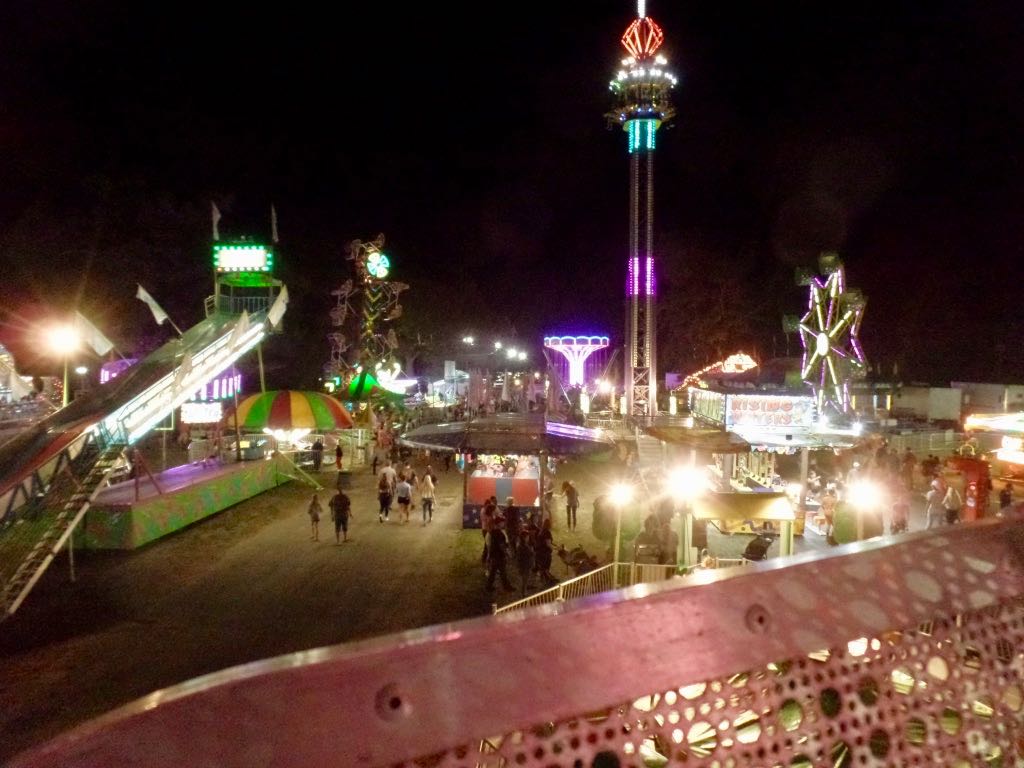 View of the Calhoun County fairgrounds from, it looks to me, about halfway up the Ferris Wheel's height. 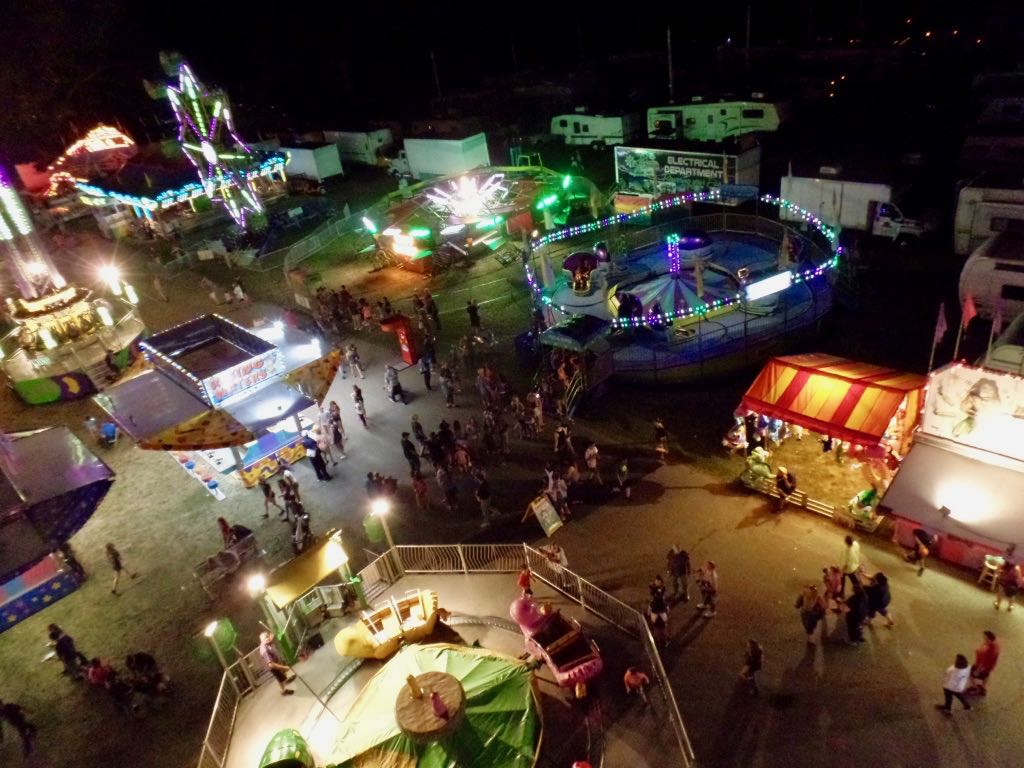 And that's a photo from closer to the top of the ride. I'm startled that it came out this well. 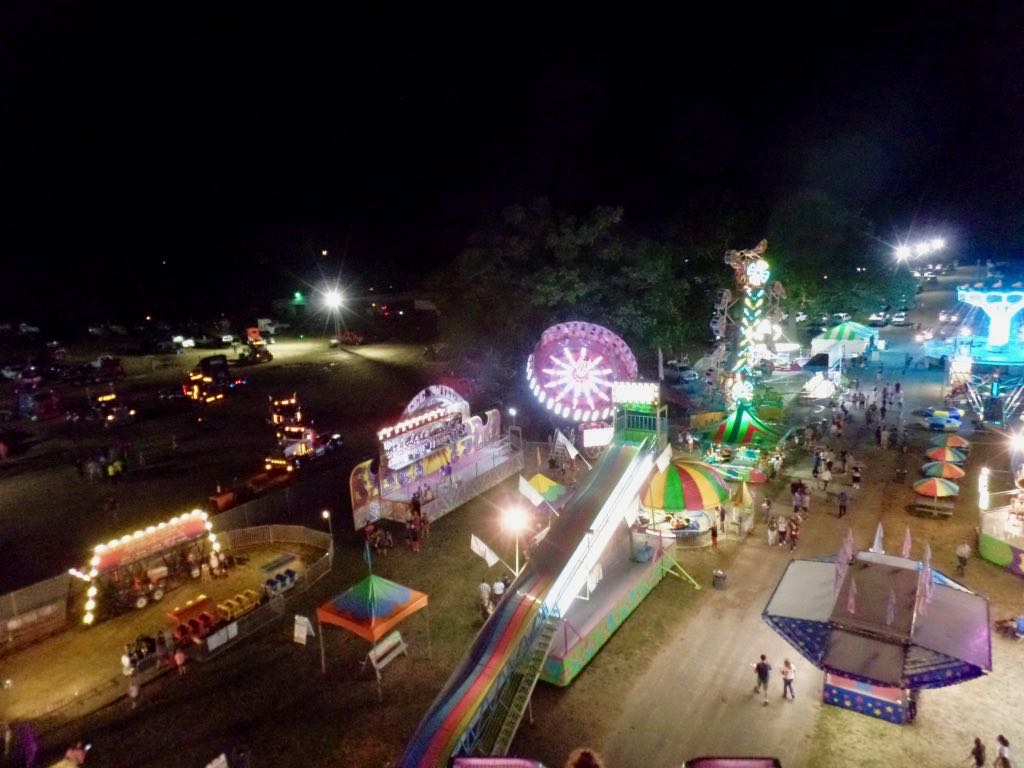 Another surprisingly good picture of the fairgrounds from atop the Ferris Wheel. It underscores how much of photography is just having something that looks interesting to point your camera at. 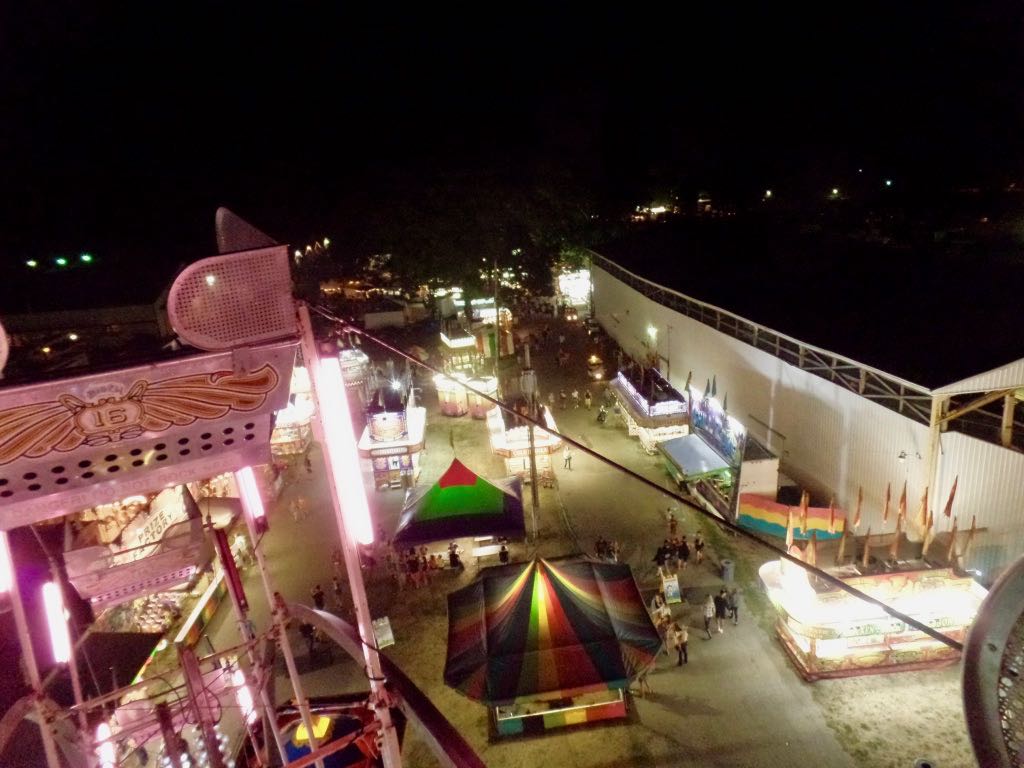 View of the fairgrounds, along with a quick glimpse of other cars on the Ferris Wheel on the left there. 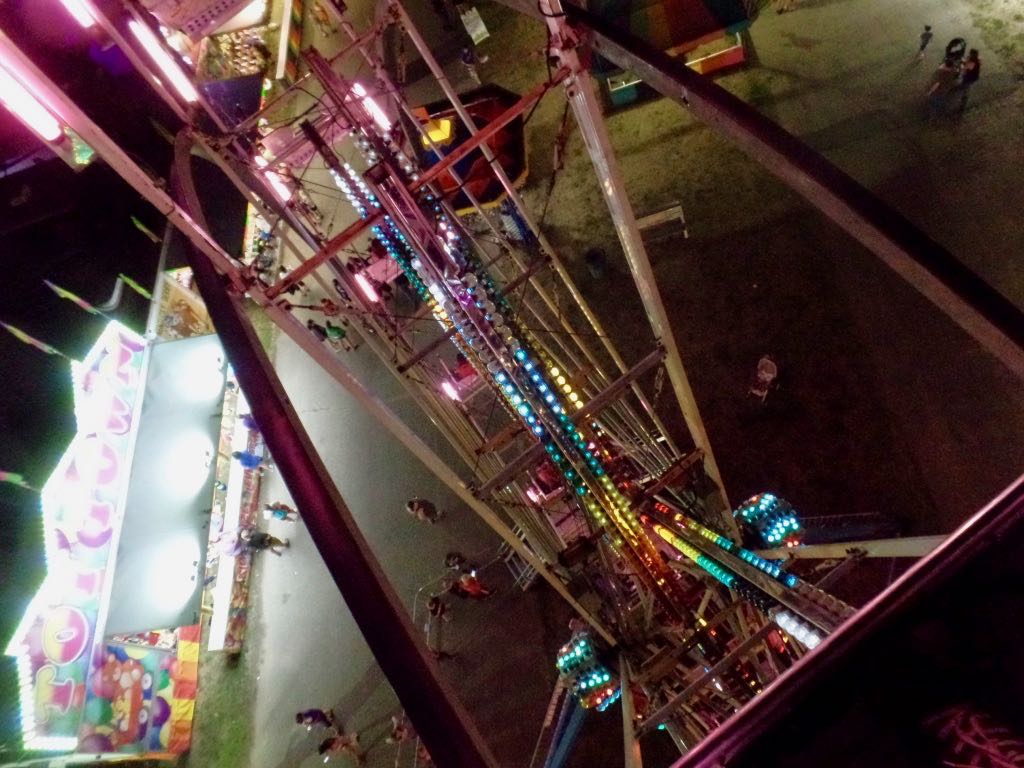 So I reached my camera out and pointed it straight down to see what would happen. The ride operator did not yell at me. Yes, I had the camera strap around my wrist. 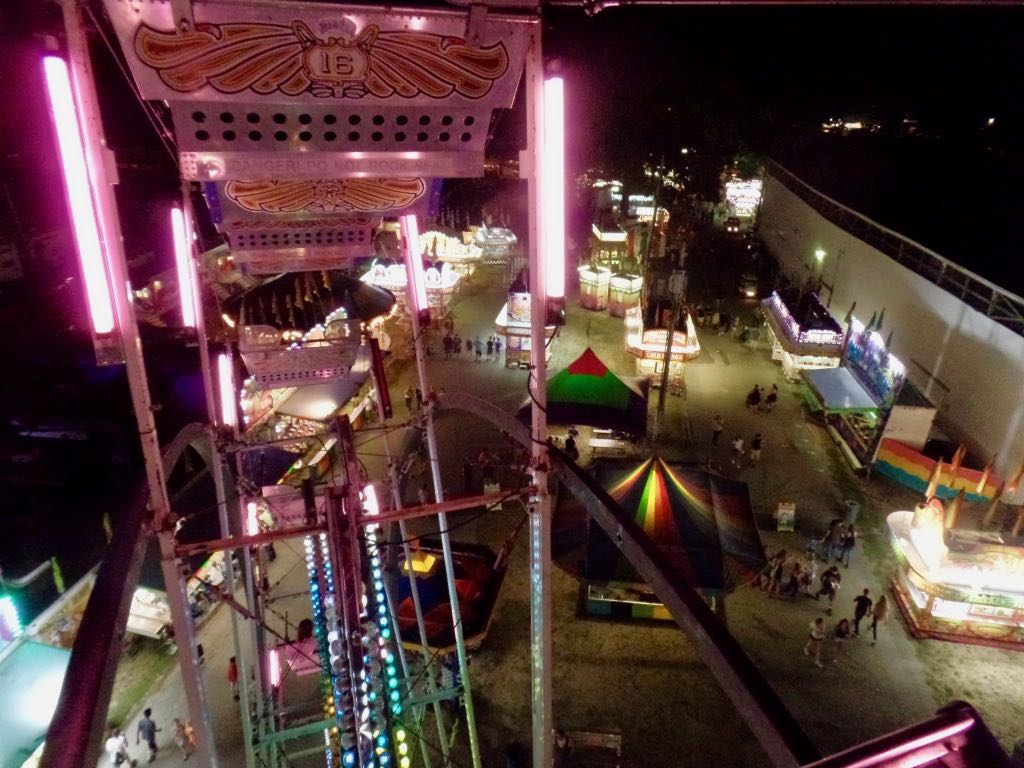 And more ride photos of the Ferris Wheel, as long as we were sitting up near the top for such a while. 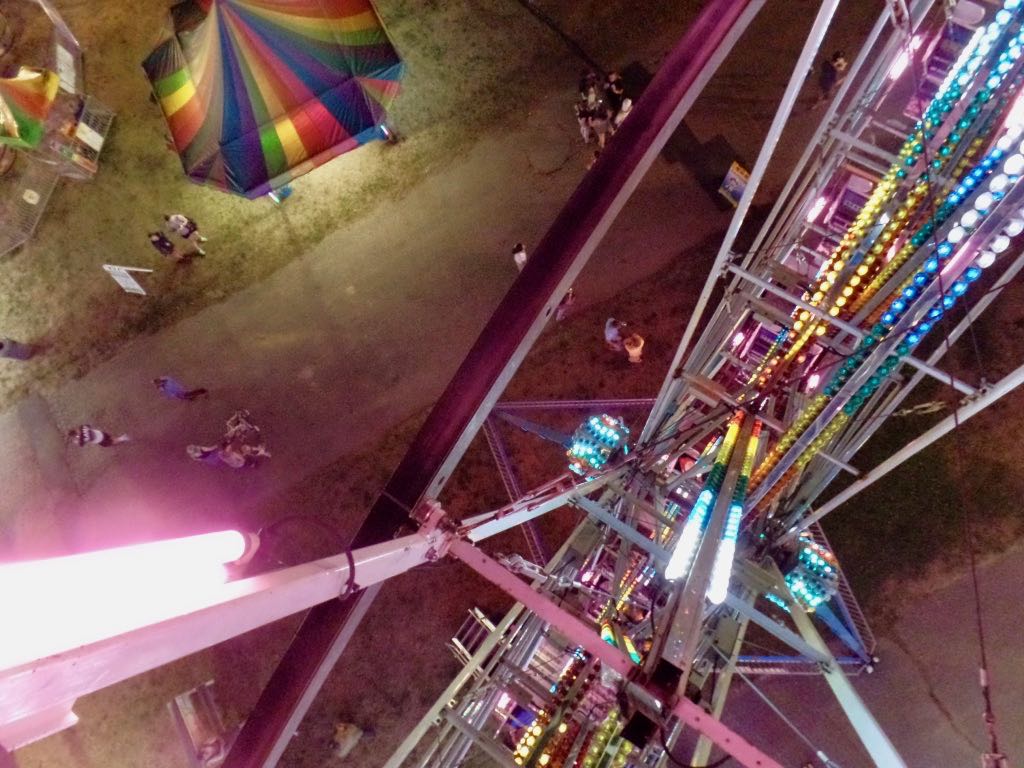 And a good moment taken while we rested at the top of the Ferris Wheel. 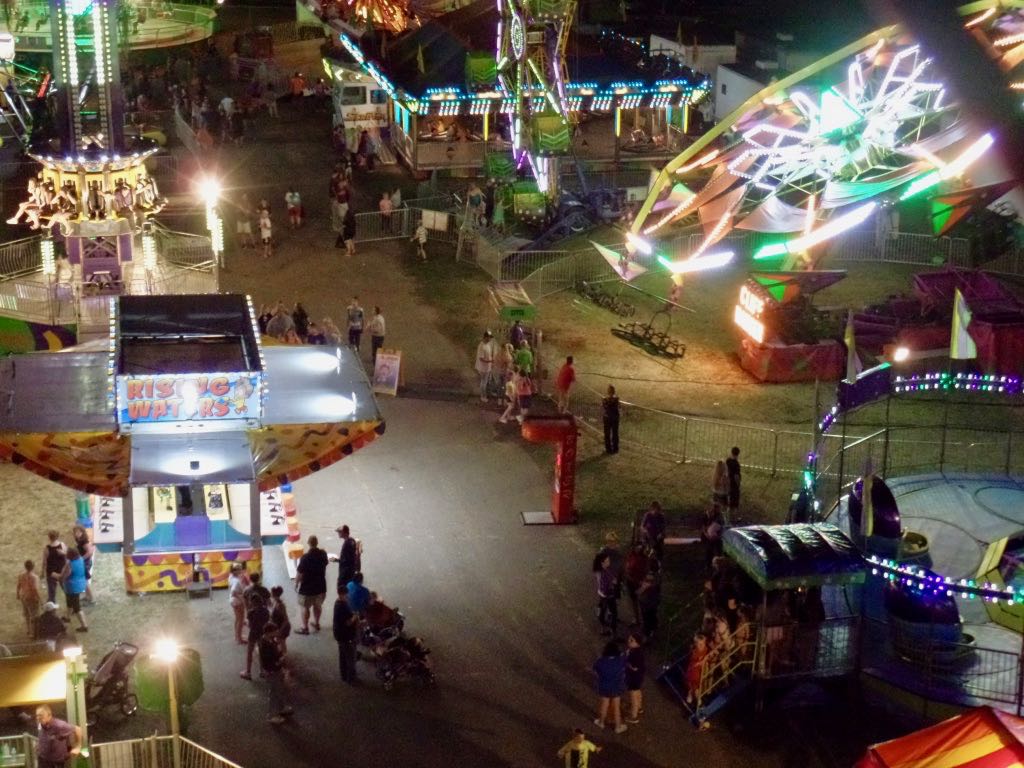 Here we get a little more down to earth. 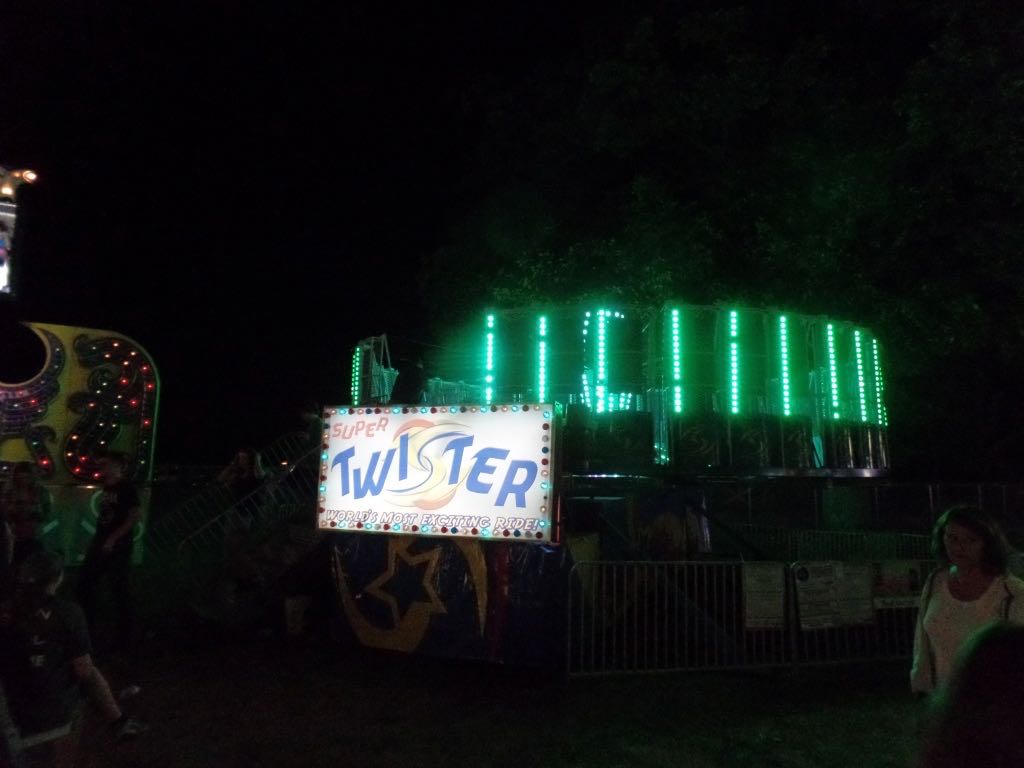 Super Twister. This ride --- as the Super Round-Up --- was always my favorite as a kid and I'm always glad when an ancient unit is still operating at some fair or amusement park. Now if we could just see Rotors make a comeback.

Trivia: In 1967 the French National Railway charged a flat 572 francs to carry a loaded 40-foot container from Bremen (in North Germany) to Basel, Switzerland. Source: The Box: How the Shipping Container Made the World Smaller and the World Economy Bigger, Marc Levinson.