Are you using RSS to keep up with my humor blog? You can use this instead.

Here's more of Conneaut Lake Park. Special feature: a view of what I believe to be the oldest steel roller coaster still in operation. 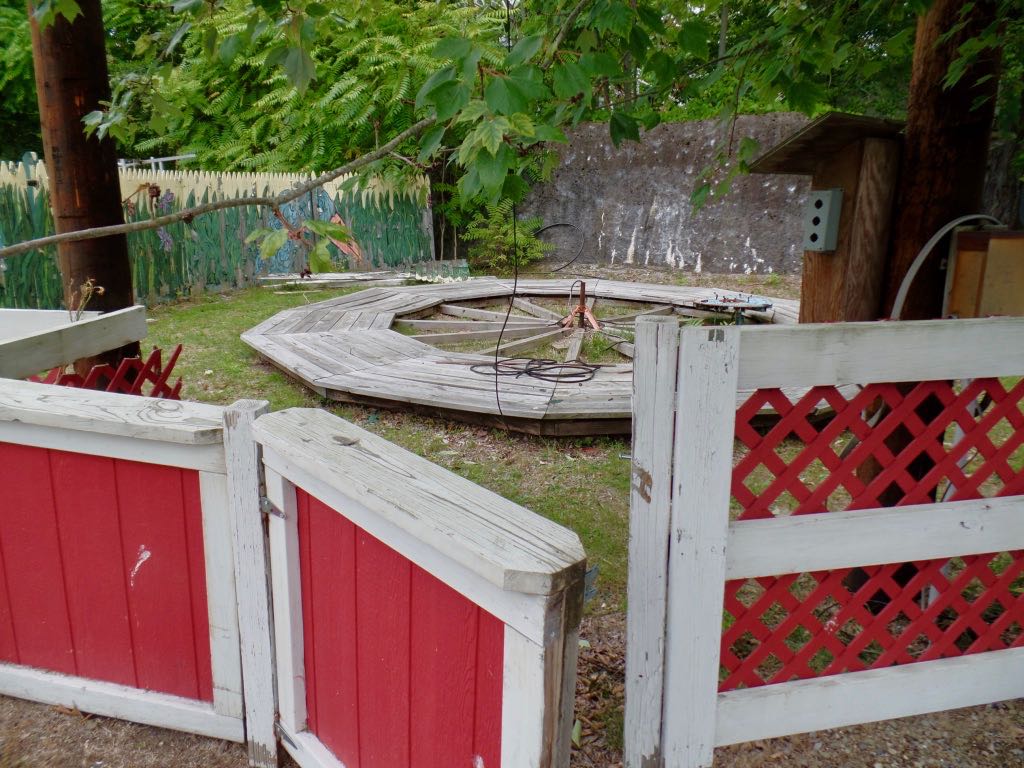 Ghost ride at the Conneaut Lake Park Kiddieland. I'm nagged by the feeling that we had seen the ride which had been here in an earlier visit, but I keep failing to go back and check. 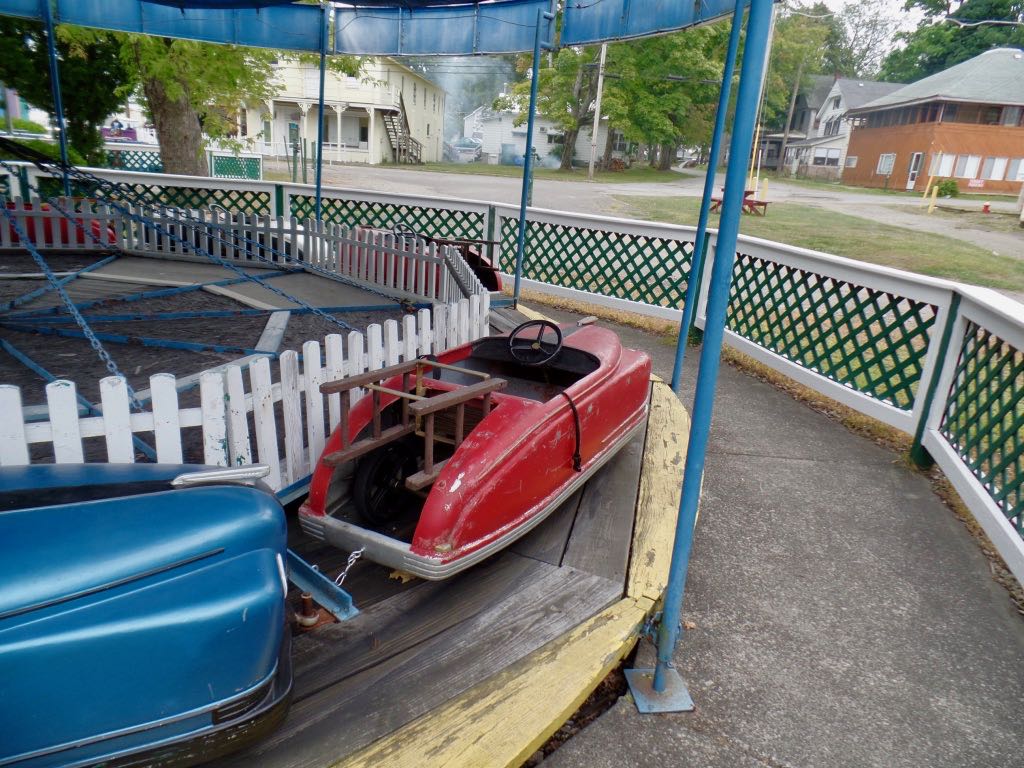 Car ride at the Kiddieland. I'm fairly sure the red car there is meant to evoke a firetruck, or they just put a couple steps of a ladder on a car for no reason, but I think the important thing is how these vehicles look like they come directly from Batman: The Animated Series. 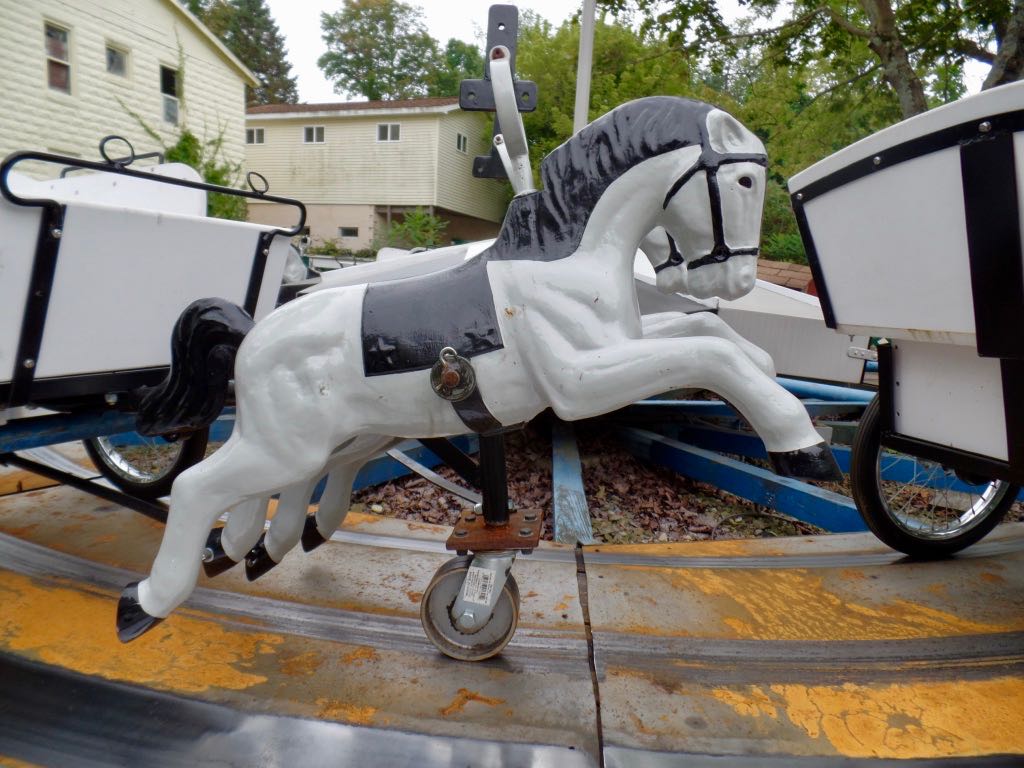 Pony-cart ride in Kiddieland. I think you can make out the Lowe's UPC sticker on the roller there. 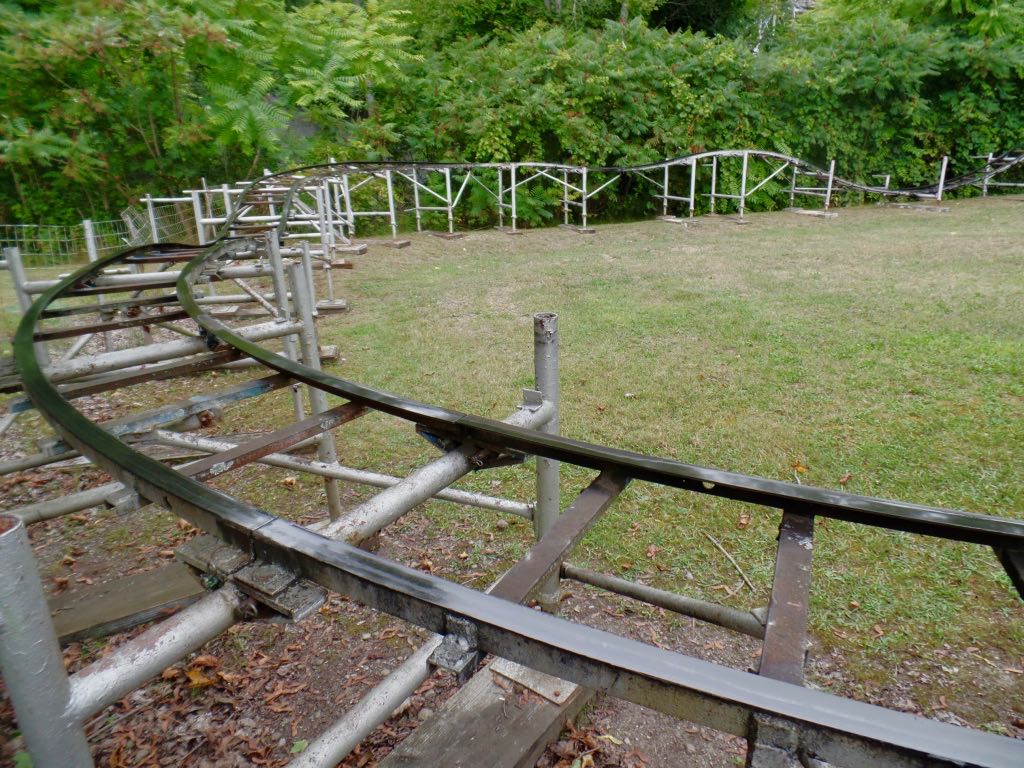 And here it is ... the oldest steel roller coaster still in operation! It's the Little Dipper, in the Kiddieland, a 1950-vintage Allan Herschell-made kiddie coaster. We weren't allowed to ride it, but we have ridden its twins at other parks, particularly Quassy in Connecticut. 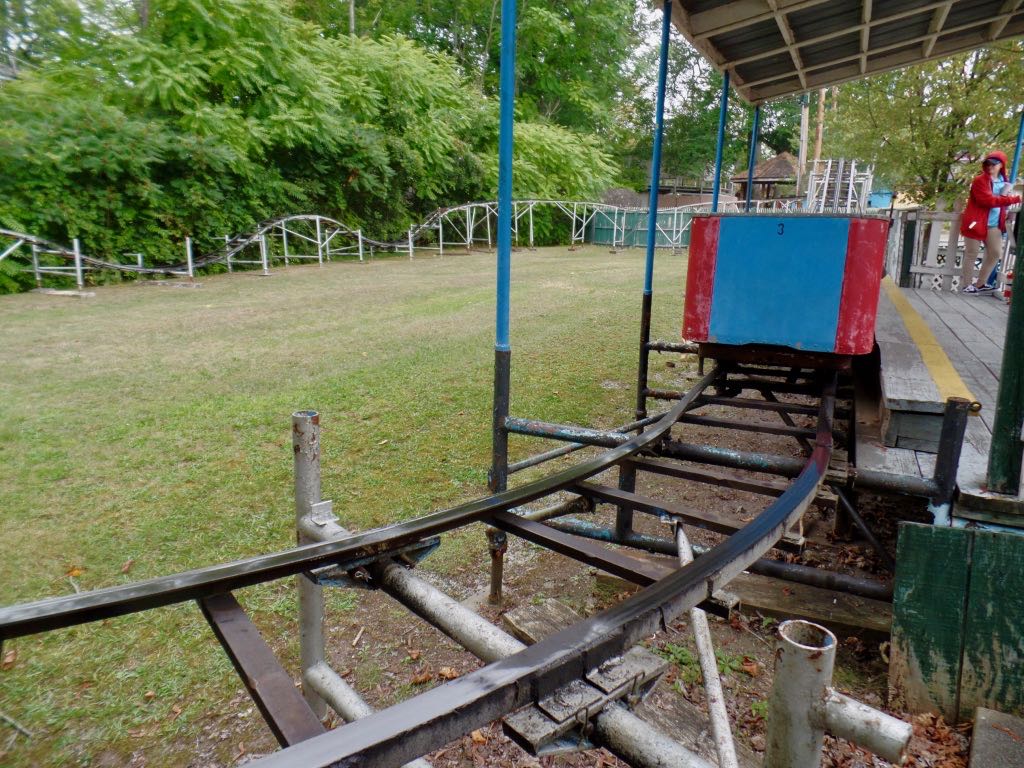 The station, and the back of the train, of the Little Dipper. Between this picture and the previous one you get the gist of the whole track. 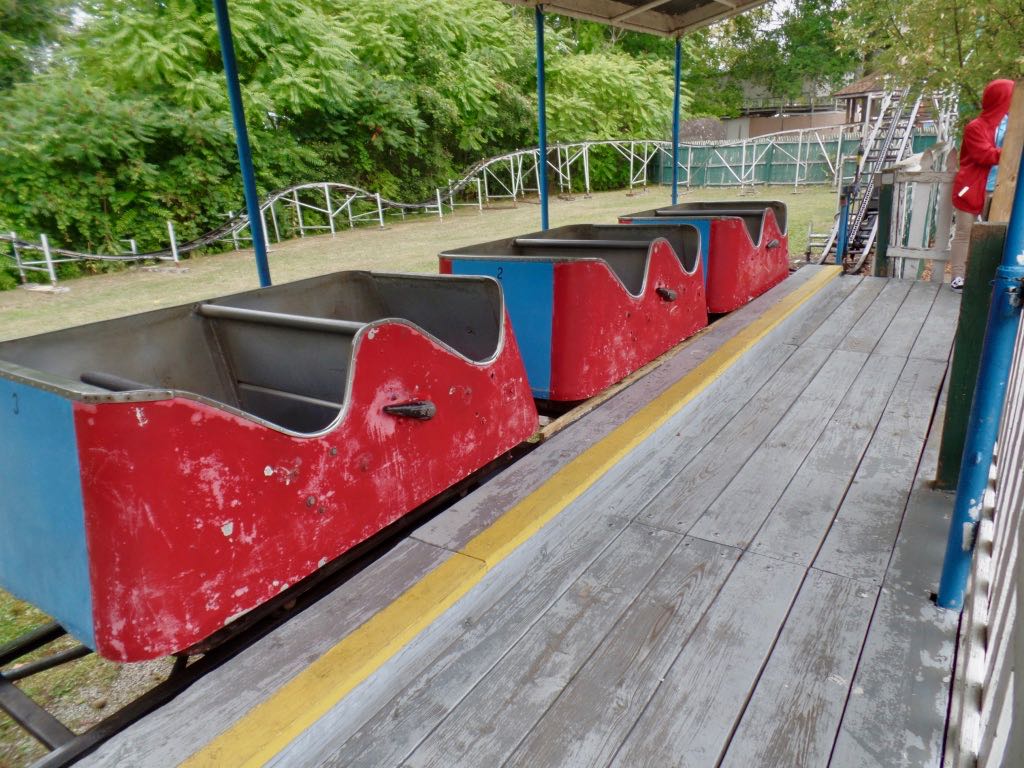 The trains of the Little Dipper coaster. Scuffed a bit, yes, but as best we can tell still perfectly functional. 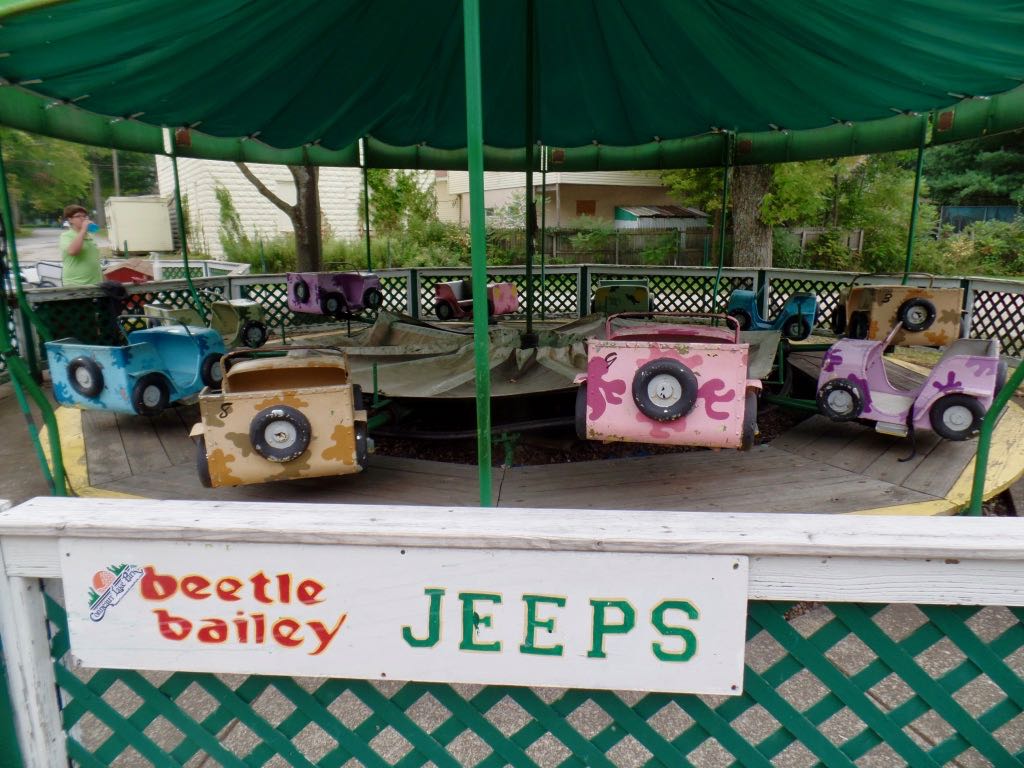 You might ask whether painting a jeep ride in Laugh-In asterisks is really true to the nature of Beetle Bailey. I say yes, of course it is. 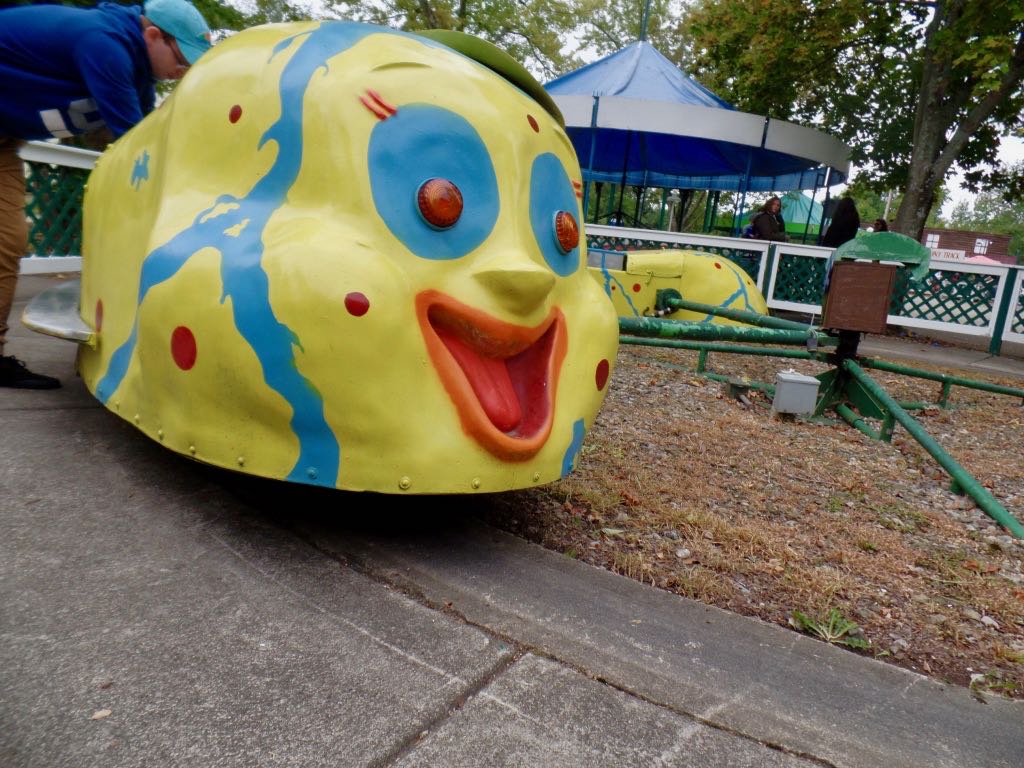 Junior Caterpillar ride at Conneaut Lake Park's Kiddieland. There aren't many of the full-size Caterpillar rides anymore; junior ones are fairly common, though. It has this bouncing up-and-down movement as it rolls around that looks like it'd be pretty good fun. Shame there isn't an adult-size version. 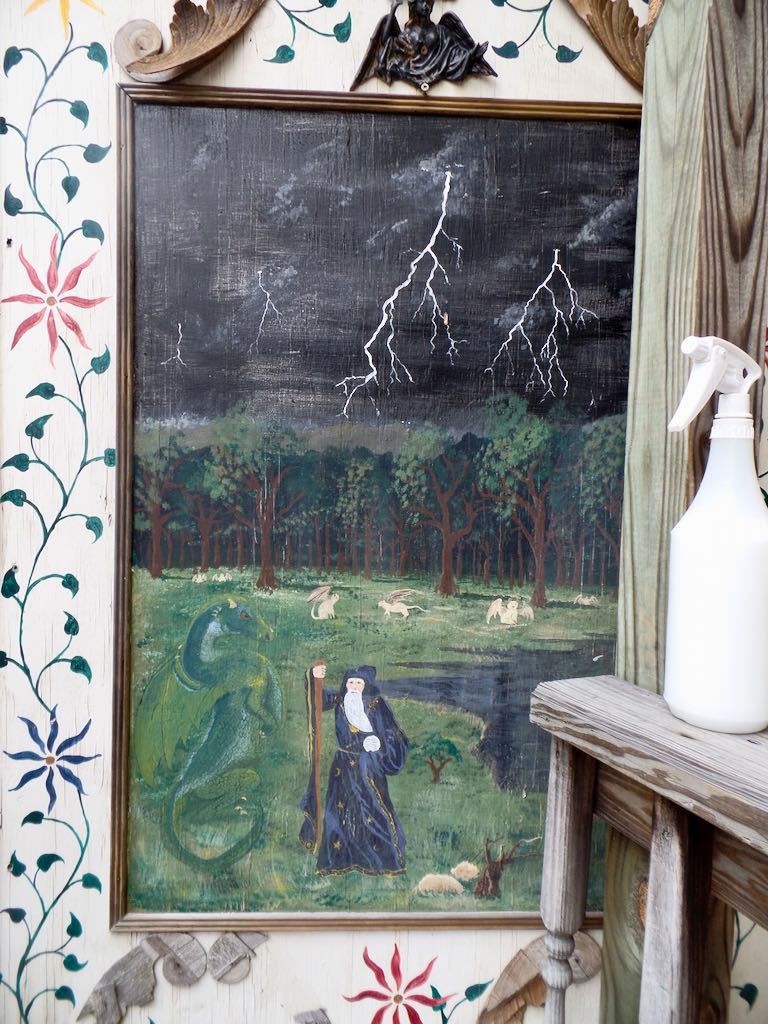 A wizard-and-dragon painting someone put up on the side of the Kiddieland carousel and also on their rockin' van right after they discovered Tolkien in 1978. I jest, of course. It was Terry Brooks they discovered. 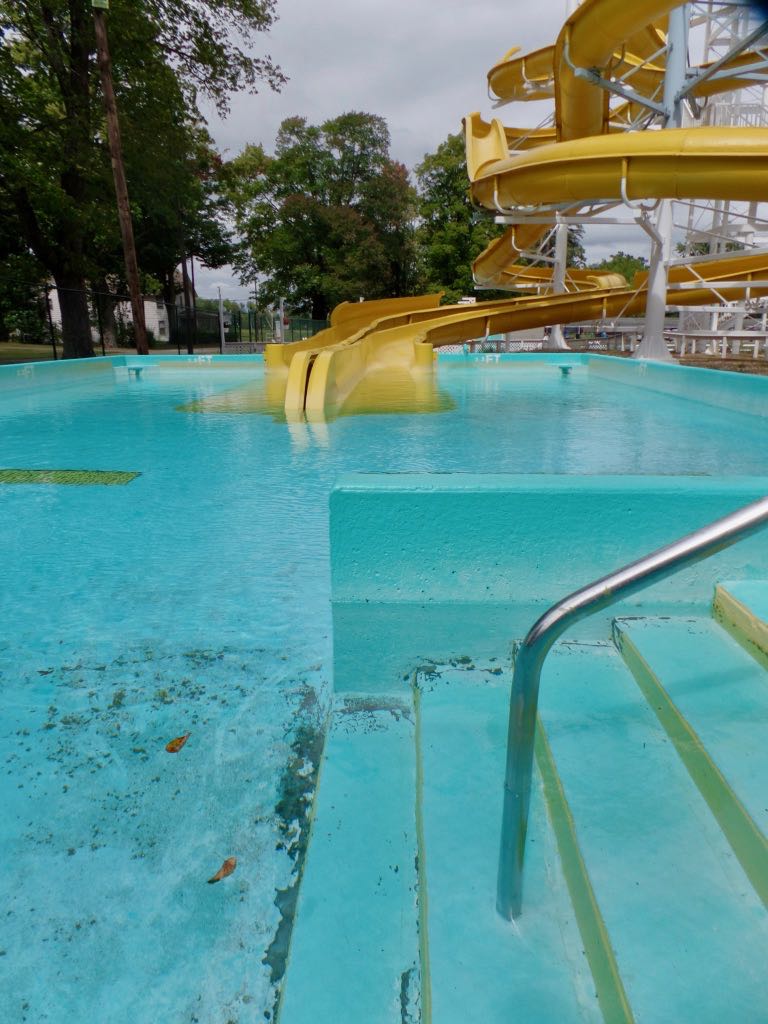 Although the water park wasn't open when we visited --- it was a bit cold for that anyway --- it is functional again, and that made a huge difference to the park's viability. Anyway, here's the outlet of one of the pairs of water slides. 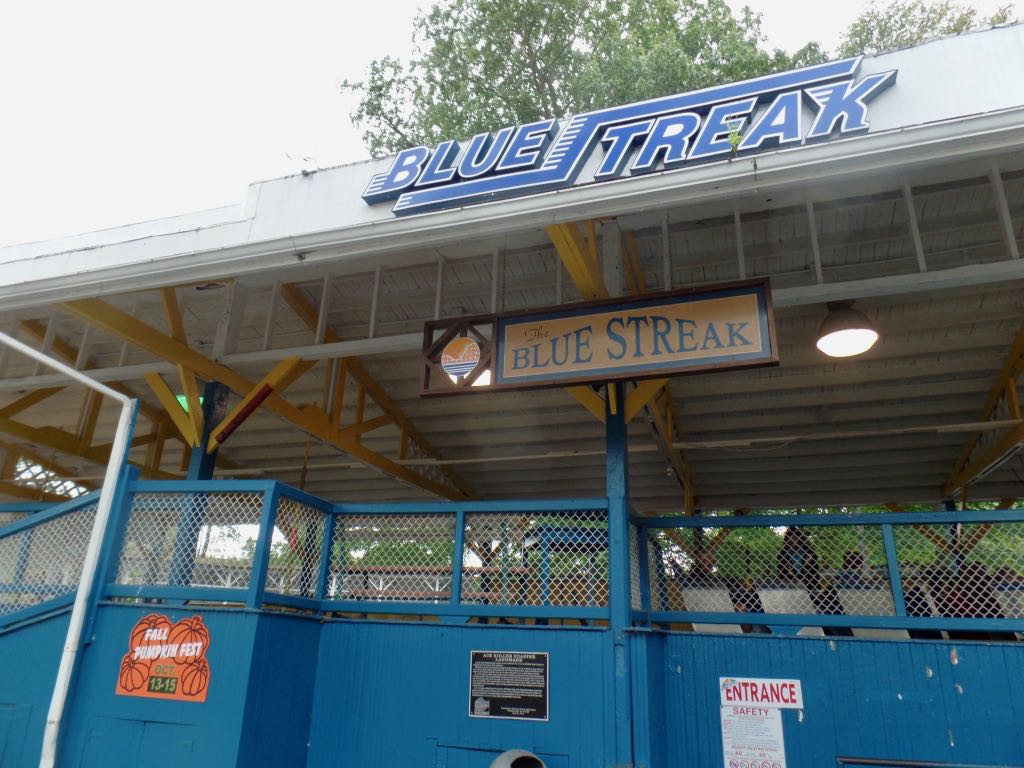 The station for Blue Streak, the 75-plus-year-old roller coaster that first drew us to the park. 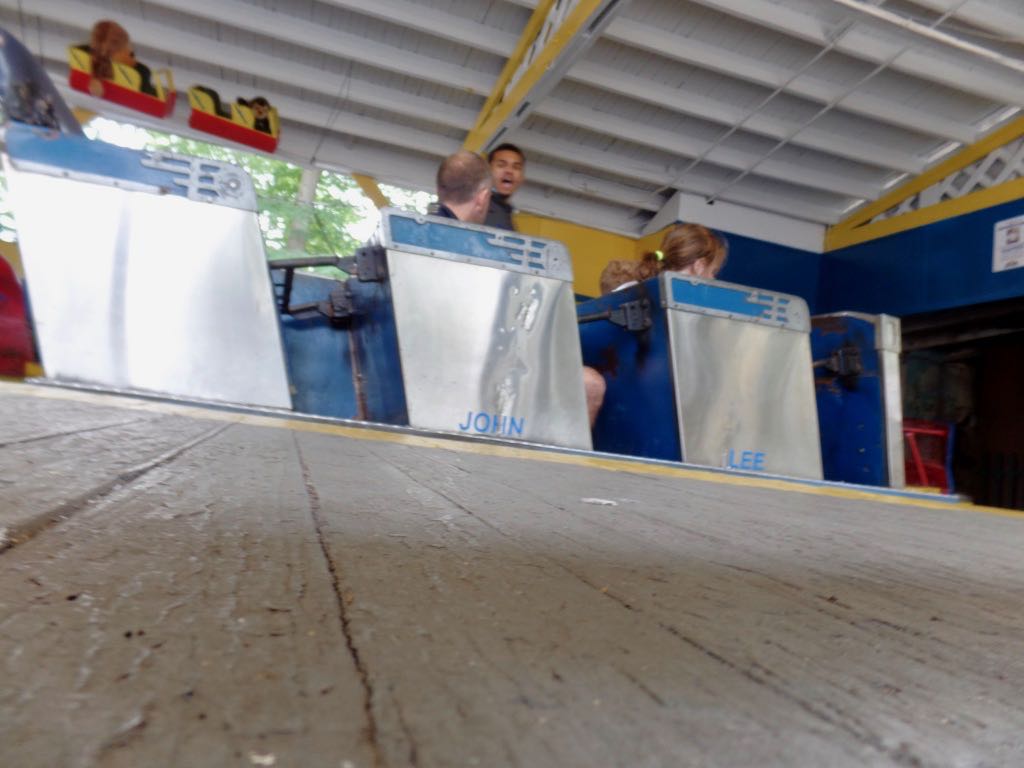 View of the Blue Streak's station, and train, from the ramp leading up to the station. I don't know whether the whole train is named 'John Lee' or 'Lee John', or whether the front seat is named for 'Lee' and the second named for 'John'. No other seats have names alongside them, if that clears up anything. It does not.

Trivia: Intelsat 1, launched in 1965, could carry 240 voice telephone communications at one time. Or it could carry a single black-and-white television signal. Source: How The World Was One: Beyond the Global Village, Arthur C Clarke.

Currently Reading: Jay Ward's Animated Cereal Capers: The Adventures of Cap'n Crunch, Quisp, Quake, King Vitaman, And Much More, Kevin Scott Collier. (There's not actually much more. Those are the major figures Jay Ward animated, turns out. But I have learned things about Cap'n Crunch it's going to be hard for me to forget.)

PS: How All Of 2018 Treated My Mathematics Blog, a slightly late recap of twelve months' worth of posting.