Are you following my mathematics blog on RSS? If you're not, here's your chance to catch up:

And before I get back to Conneaut Lake Park, please consider some story comics. What's Going On In Mary Worth? Is That Student Really Infatuated With Professor Ian? I fill in the gaps from October 2018 to ... well, this weekend. 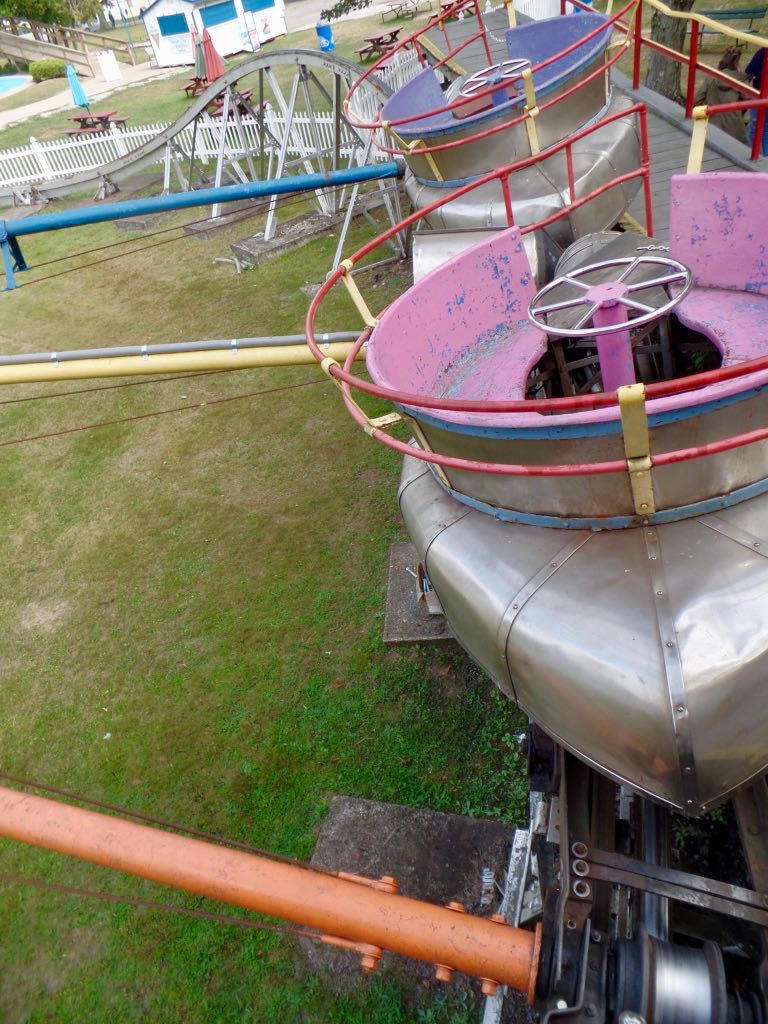 And here's a view of Conneaut Lake Park's Tumble Bug ride, taken while I was standing up in one of the cars. The cars have a body shaped loosely like a bug, as opposed to Kennywood's Turtle-shaped cars. 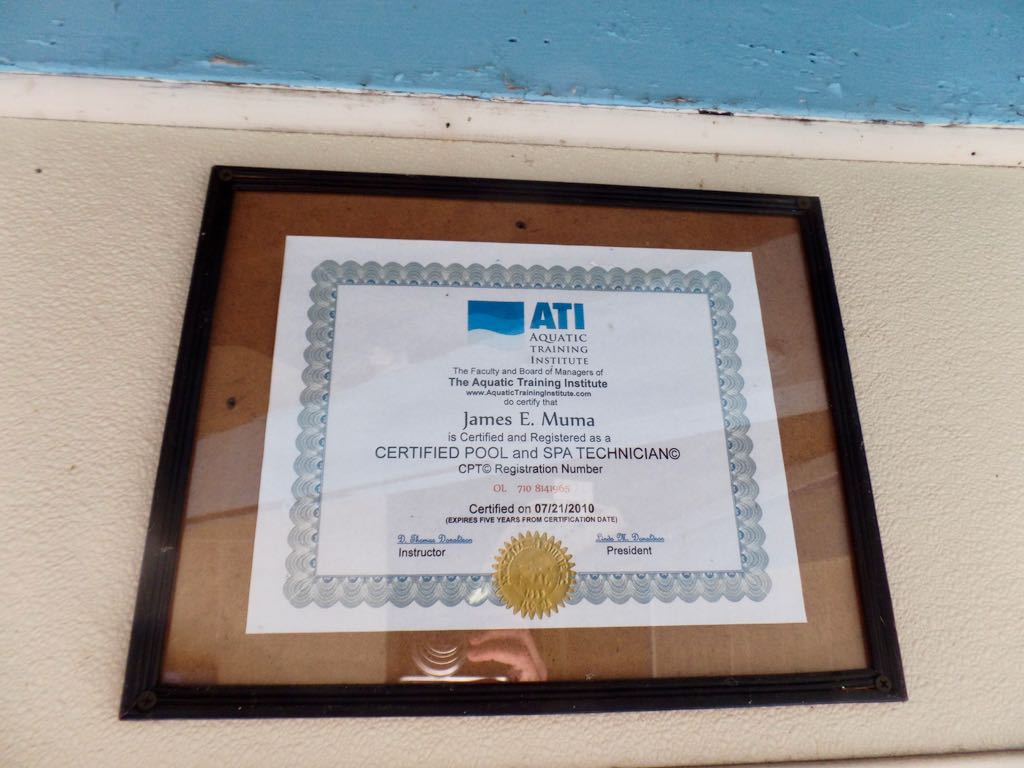 Of many peculiar things at Conneaut Lake Park, this is one of them: a certificate for someone I trust to be on staff who's a certified pool technician. It was hanging there in 2013 when we first visited the park and the water park looked as if it had never been touched by water, not even rain. It was still hanging in 2017, by which time it was more than two years past expiration. It hangs near the main bathrooms. 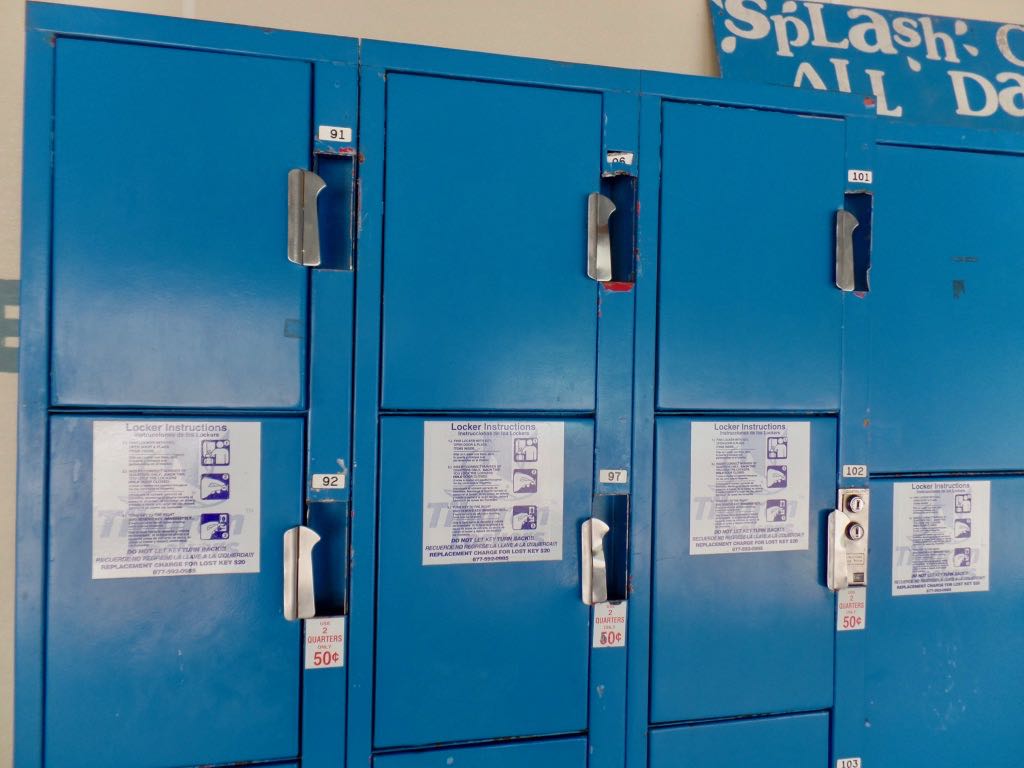 Lockers beside the main bathrooms and changing areas for the water park. Some of them even have locks. None in this image at least have keys. 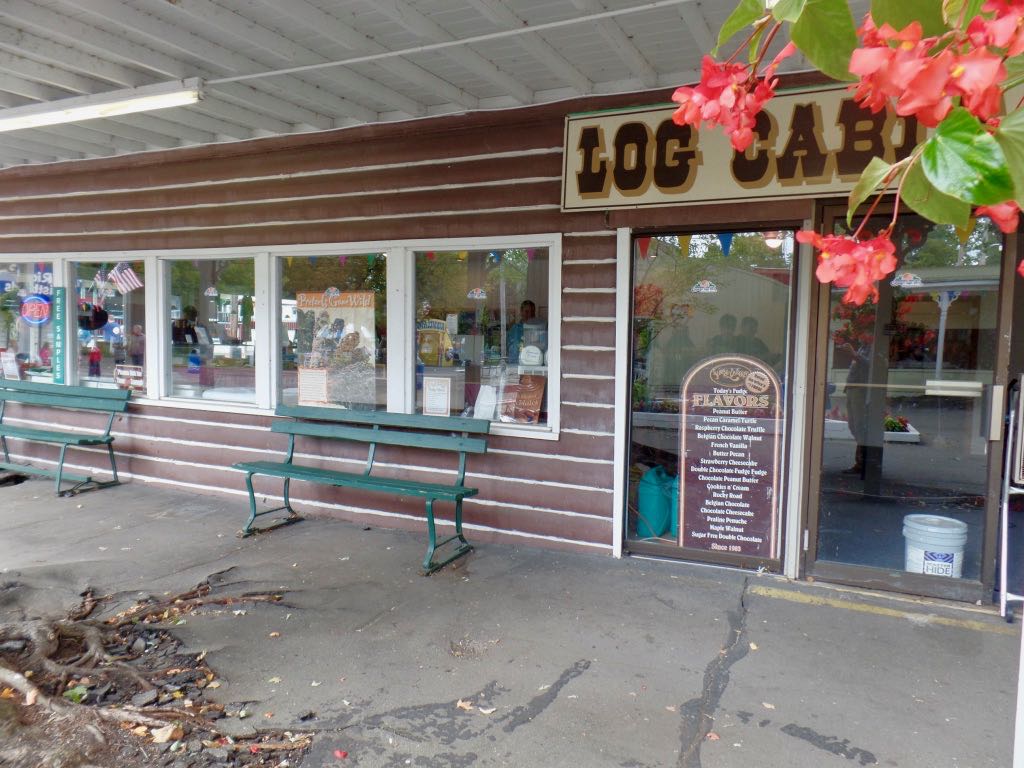 The Log Cabin, which at one point was a restaurant. In our first visits to the park it was the souvenir shop (our very first visit it had souvenirs for other, unrelated parks, such as Geauga Lake, a park that had been closed six years already). By this time it was selling fudge. 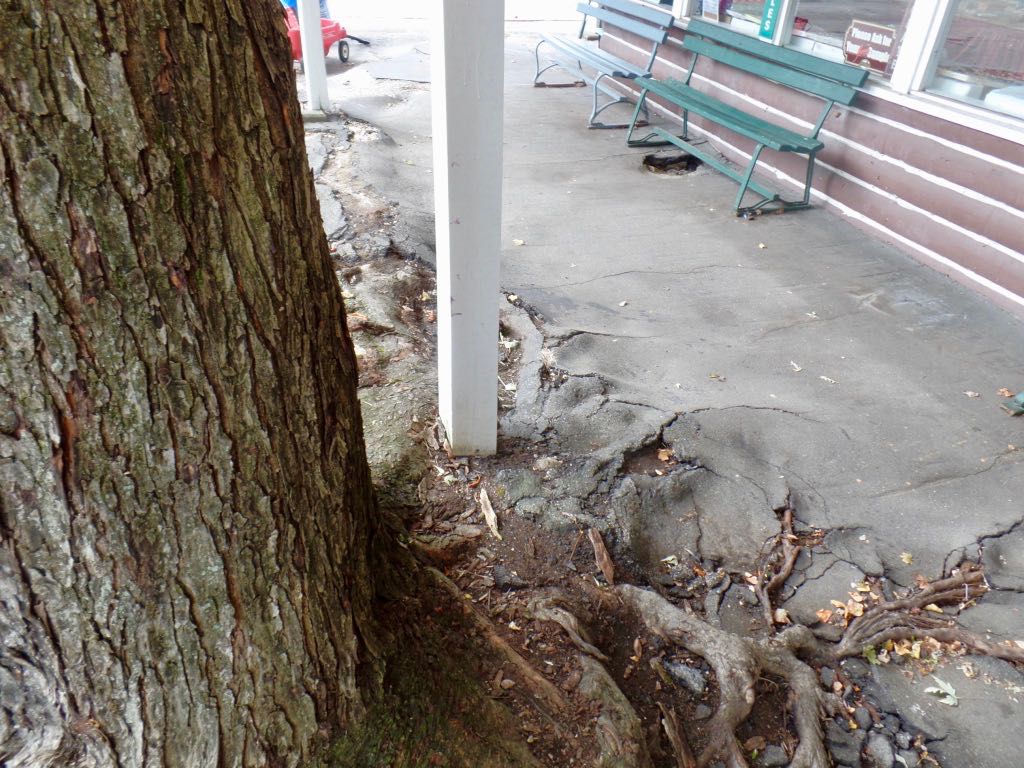 I don't want to overplay the ruin-porn side of visiting Conneaut Lake Park. For one, I love the park. For another, it's looking a whole lot less post-apocalyptic than it used to. But some things are stunning and beautiful in their state, such as here, a part of the midway where the tree has far outgrown its asphalt container and is tearing up the street around it. This is just outside the Log Cabin. 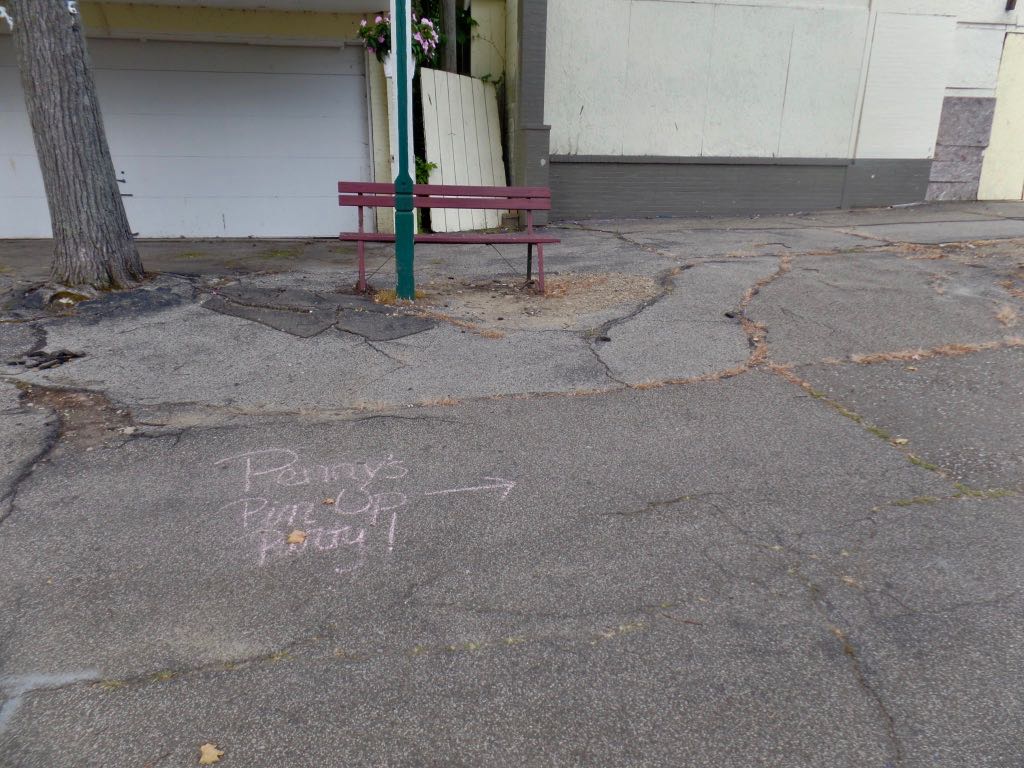 I am not sure what's intended by ``Penny's Pin-up Party'' on the sidewalk here, but I imagine Penny's event has ended by now. 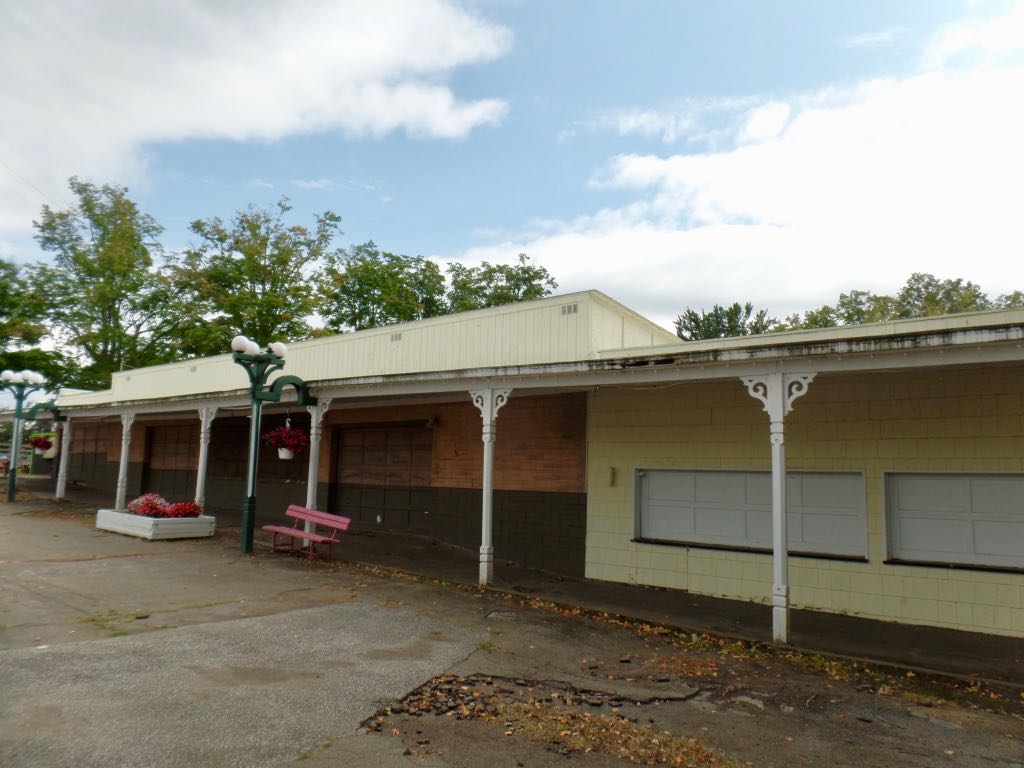 Midway buildings that may look abandoned. But for the Pumpkinfest Halloween events it hosts a haunted labyrinth that draws impossibly long lines. 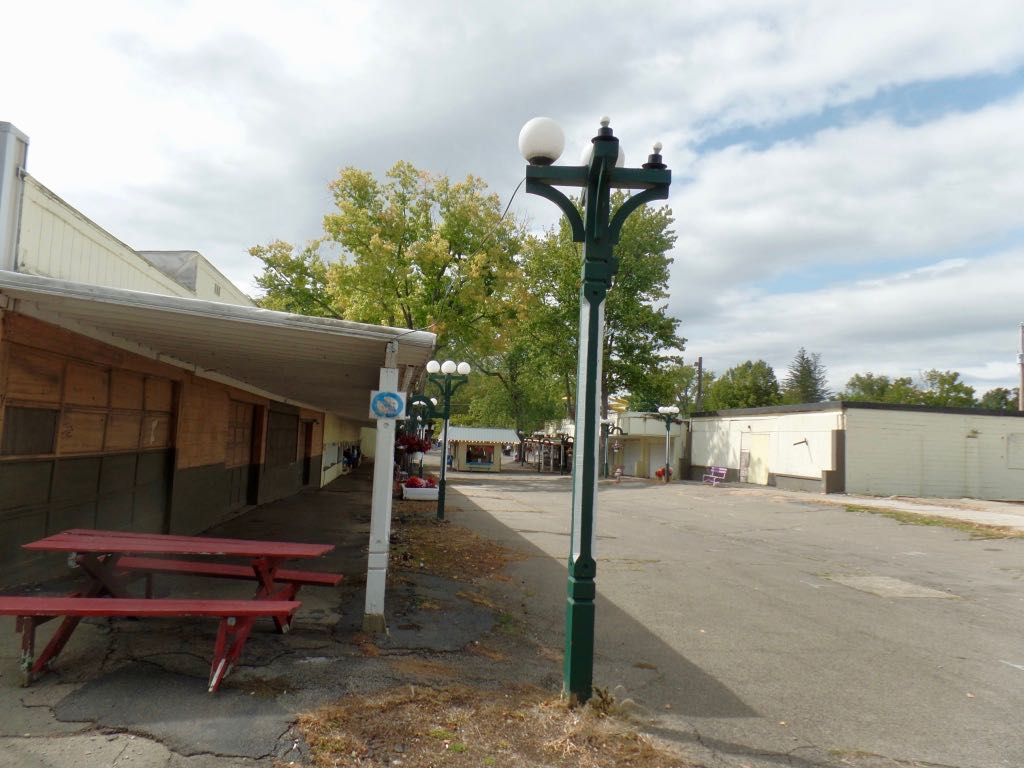 A look back along the main midway, which hasn't got many games open anymore (we've only ever seen two or three open). The free-standing building in the center of the road is where you buy ride tickets or pay-one-price wristbands. 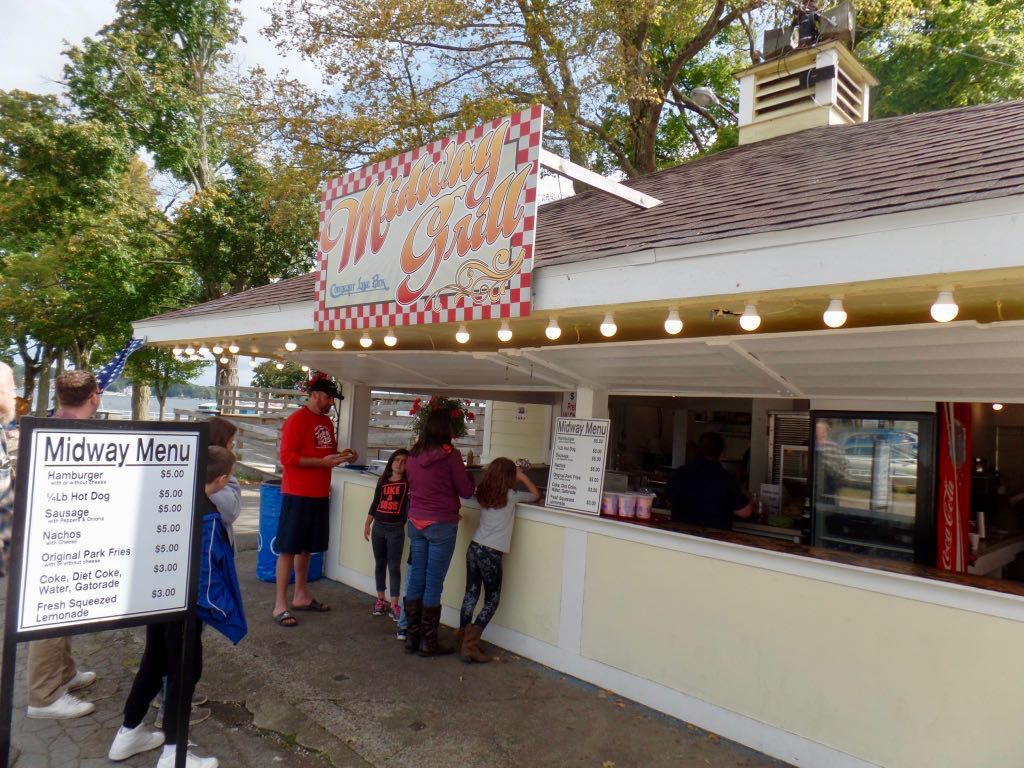 Midway Grill, which --- in part thanks to that Travel Channel show where they tried rescuing parks, made a couple years ago --- has professional-looking signs instead of posterboards with stuff scrawled on it. Ironically the less-professional old menus were better for vegetarians like us: they used to have dozens of ``fried thing'' options, whereas now we could get the nachos or the fries and that's about it. 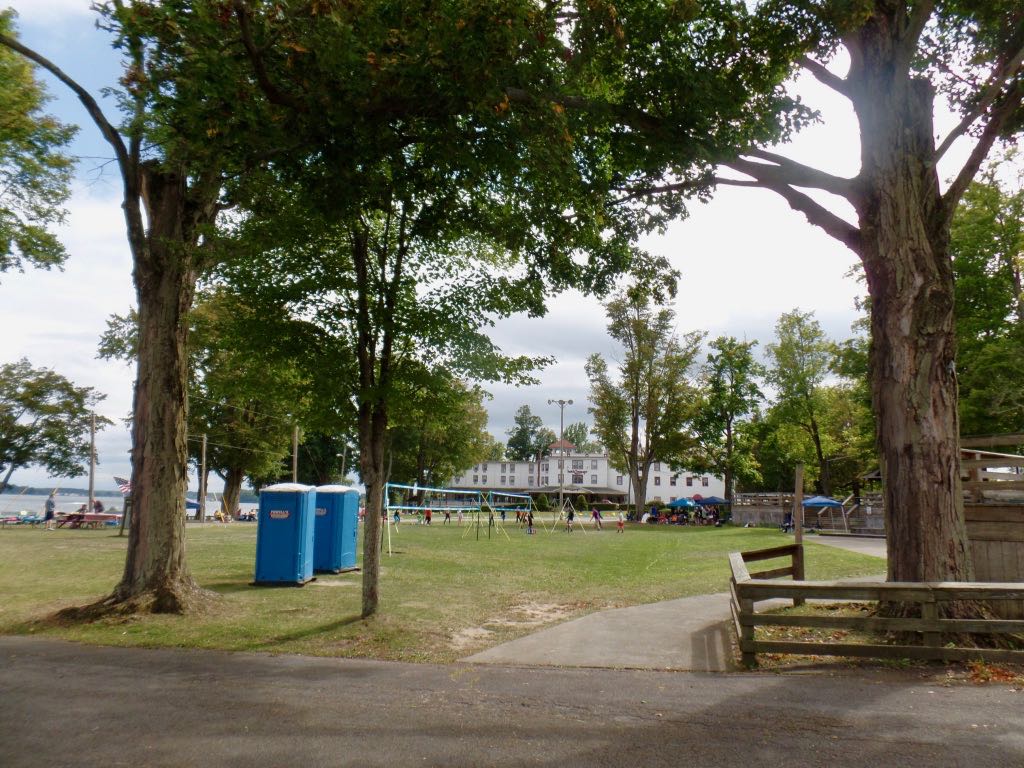 The eastern end of the park, and a view in the distance of the Hotel Conneaut. On the right is a bandstand where (on our first visit) that Journey tribute band was playing to a crowd of bikers. To the left is where the Toboggan/Corkscrew Coaster had been sitting for years after its abandonment. 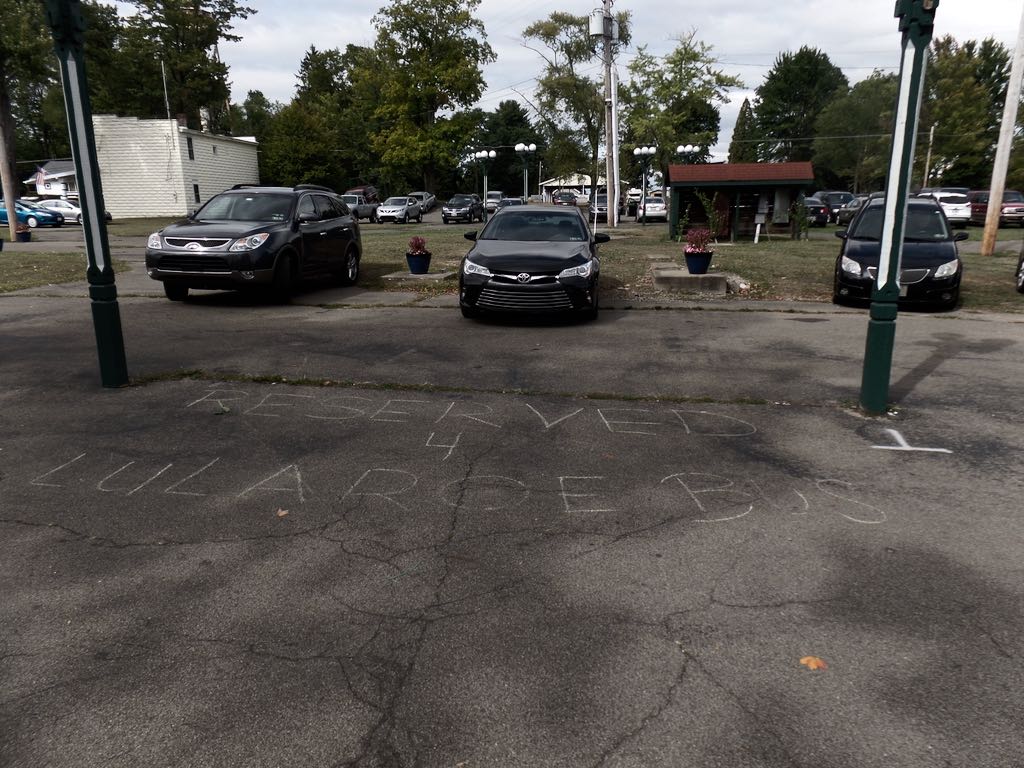 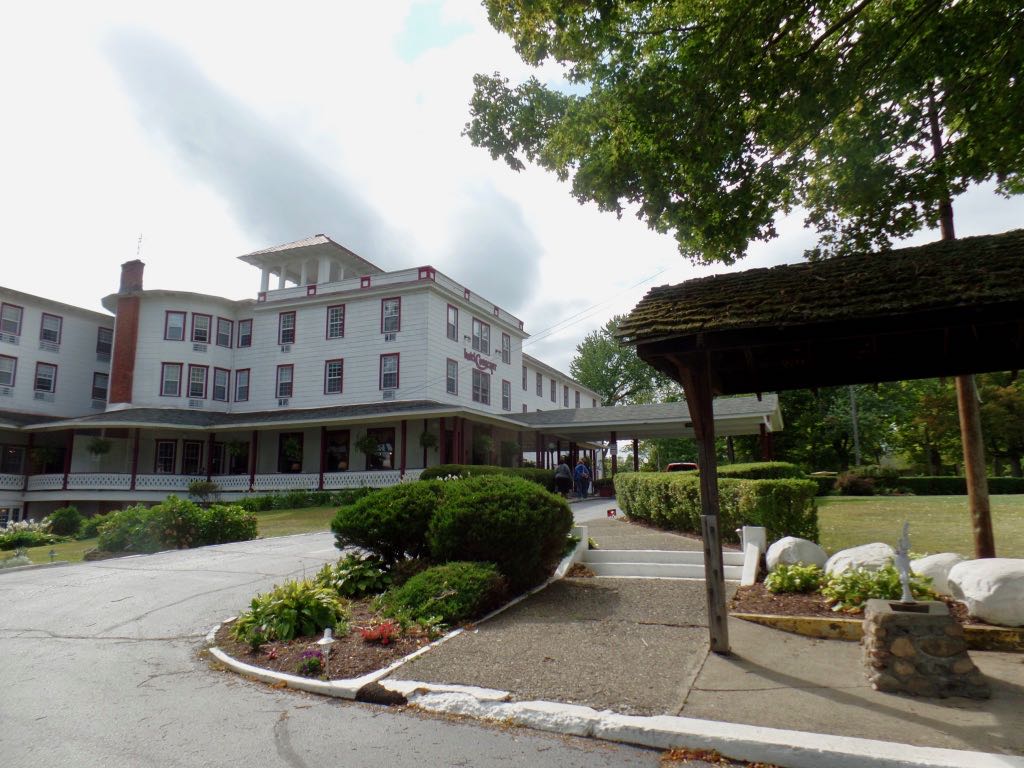 Sidewalk view of the Hotel Conneaut, showing off some of its porch and the front entrance.

Trivia: The lone spinoff application of hardware developed for the Ranger moon programs which NASA was able to find, by 1976, was using a modification of the spacecraft's single-axis seismometer for ocean bottom, mid-water, and land seismological observations. Source: Lunar Impact: The NASA History of Project Ranger, R Cargill Hall. (Developments in signal processing and image cleanup were also used, but aren't hardware per se.)

Currently Reading: Sigma 7: The Six Mercury Orbits of Walter M Schirra Jr, Colin Burgess. It's actually got a chapter about the woman who painted the Sigma-7 logo on Schirra's Mercury capsule (as well as the Friendship-7 and Aurora-7 logos on Glenn and Carpenter's). It's a bit off-point, yes, but I'm sincerely happy to read this stuff. That sort of thing is almost perfect for the person who's read too much space history: it's not until someone starts talking about these people that you realize, hey yeah, I never thought to wonder about who did this job before.