Yeah, I didn't find the time to start composing my narrative today, so here's some more of our Conneaut Lake Park trip. See if you can spot the part where we went back to our hotel room to rest a while and then returned to the park! 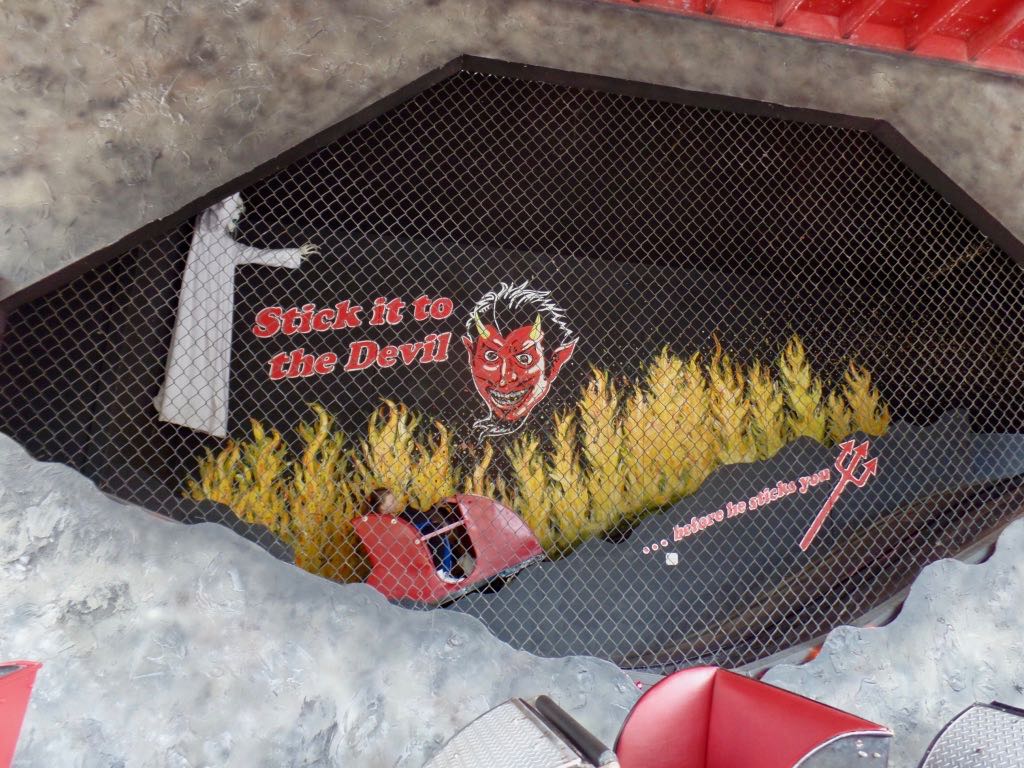 Lift hill for the Devil's Den. The 'Stick it to the devil' bit is encouraging people to stick their chewing gum on the wall, there. You might see spots that are bits of wadded-up gum there. Yes, they have gumballs available at the ticket booth in case you didn't bring chewing gum to Conneaut Lake Park. 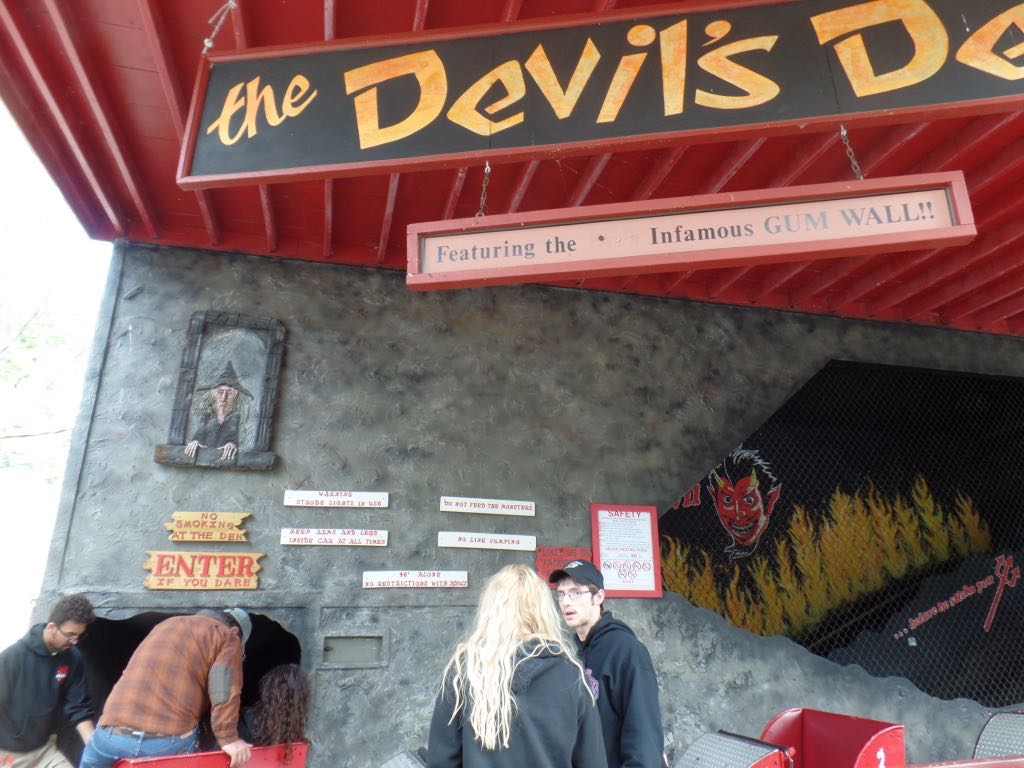 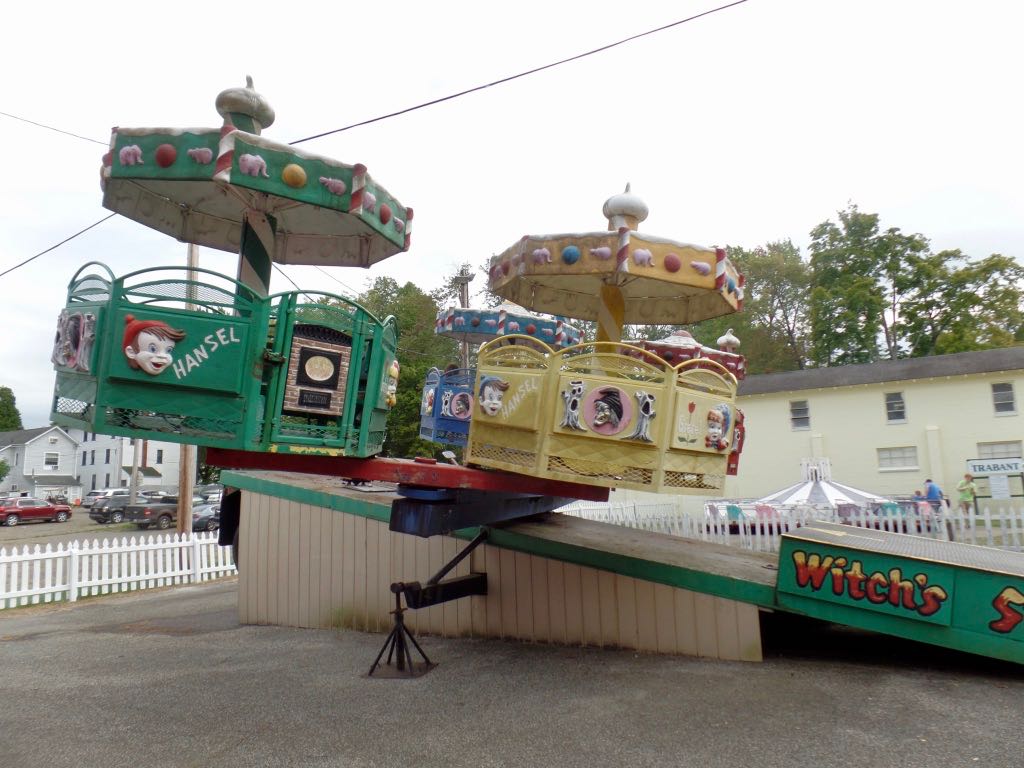 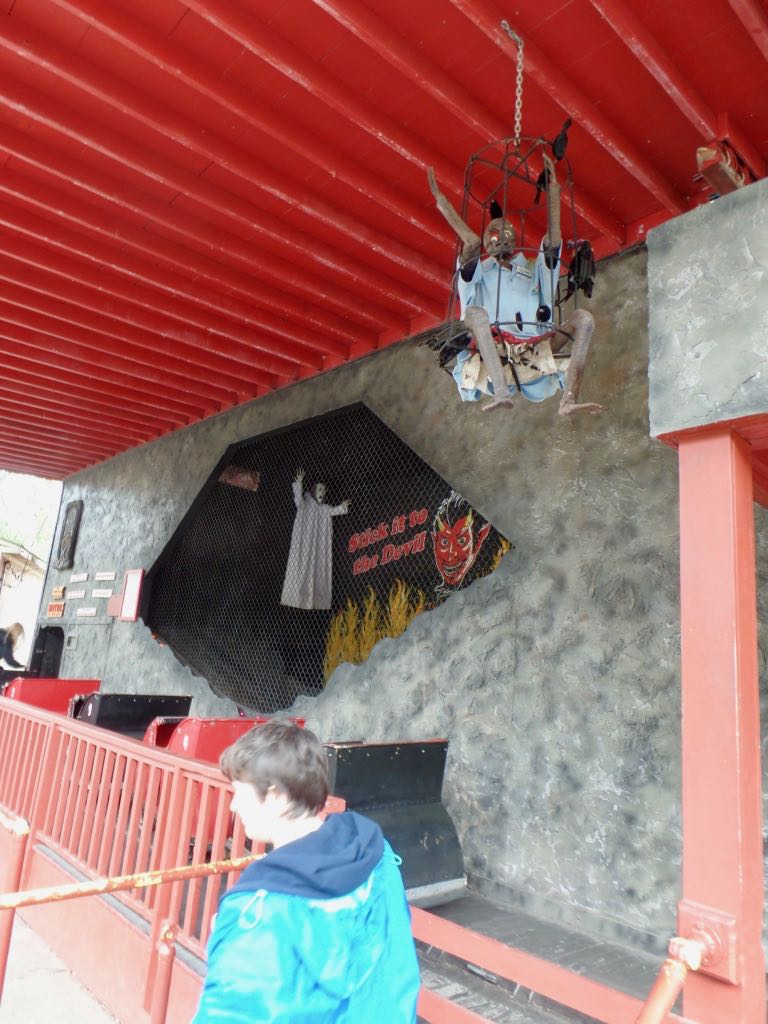 Looking back at the Devil's Den. There's a figure trapped in a cage up there, as you might expect from this kind of ride. 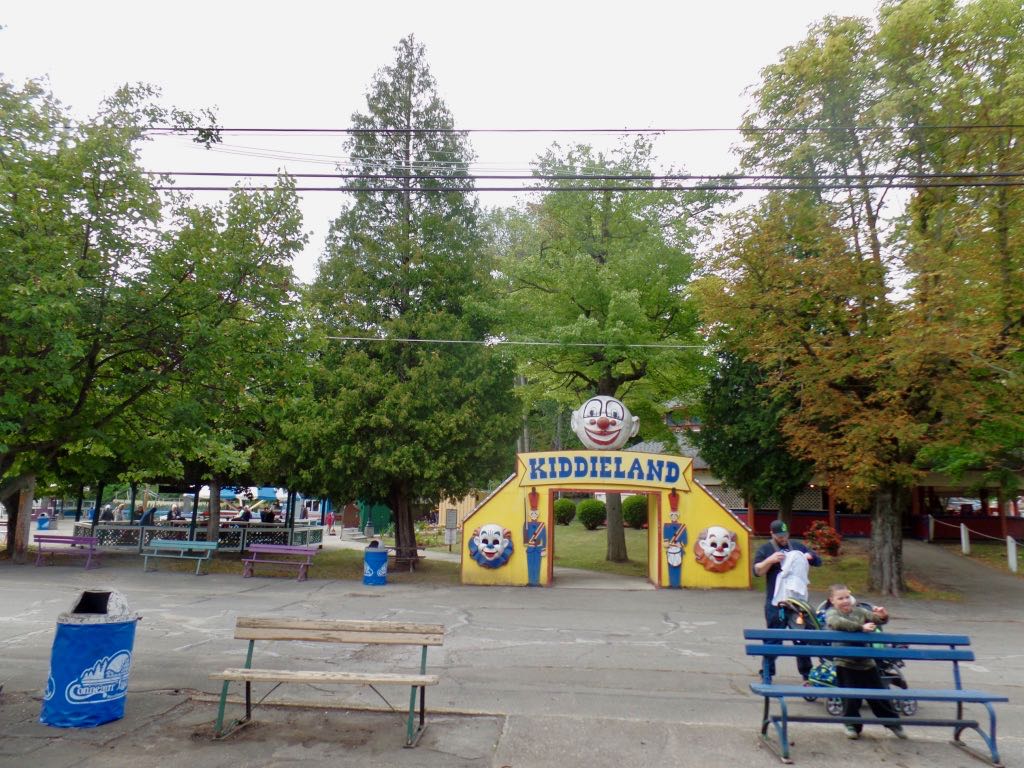 The Devil's Den is just opposite the more decorated Kiddieland entrance. The head up top seems to have a mechanism inside suggesting it could look back and forth, but also that it's been a long time since that mechanism could work. 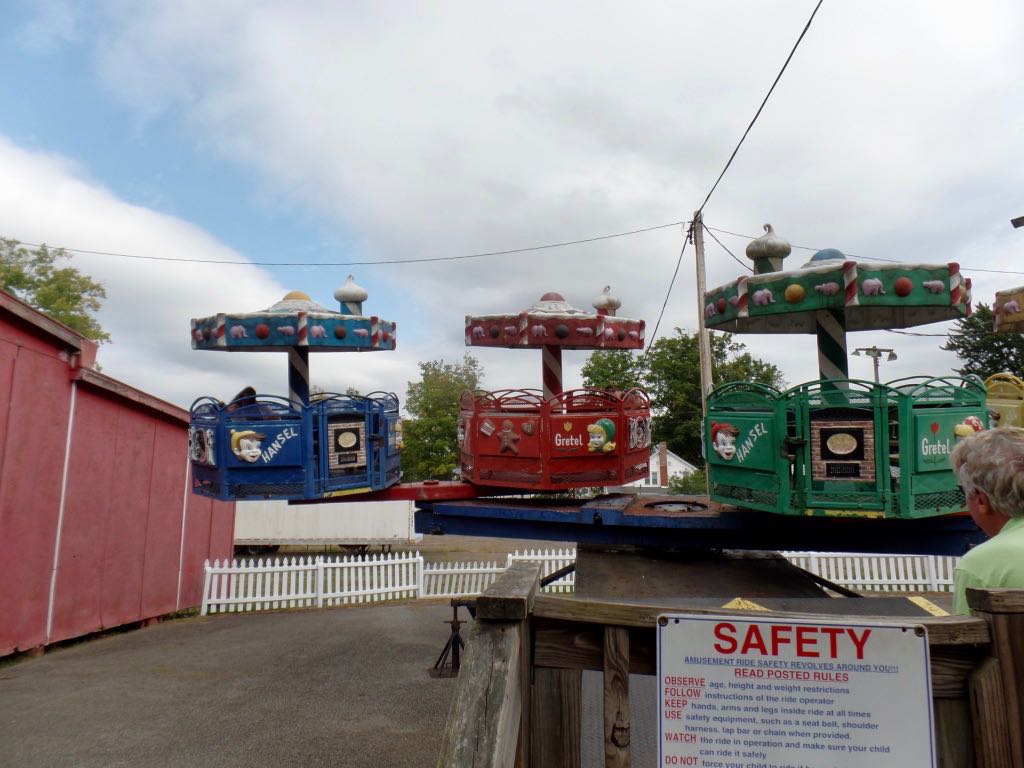 Another look at the Witch's Stew ride, with its Hansel and Gretel themes for the cars. There are seat belts inside the cars, although I'm not sure they help. 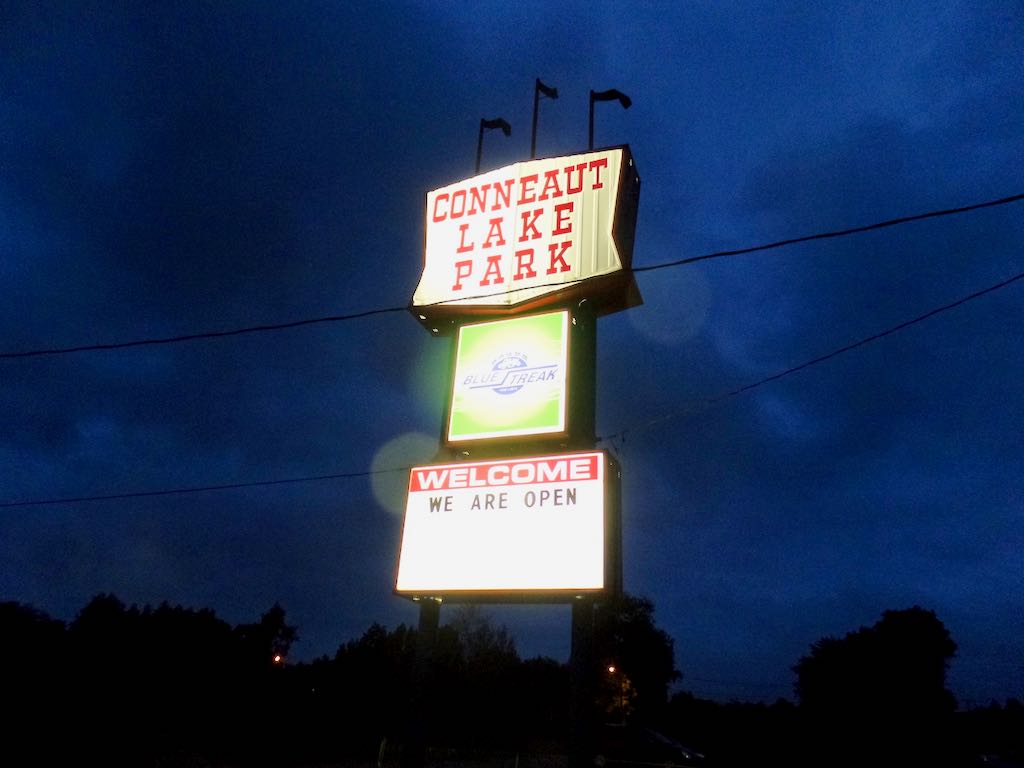 Conneaut Lake Park's sign by night, with a welcome message that doesn't sound at all defensive given the park's history. 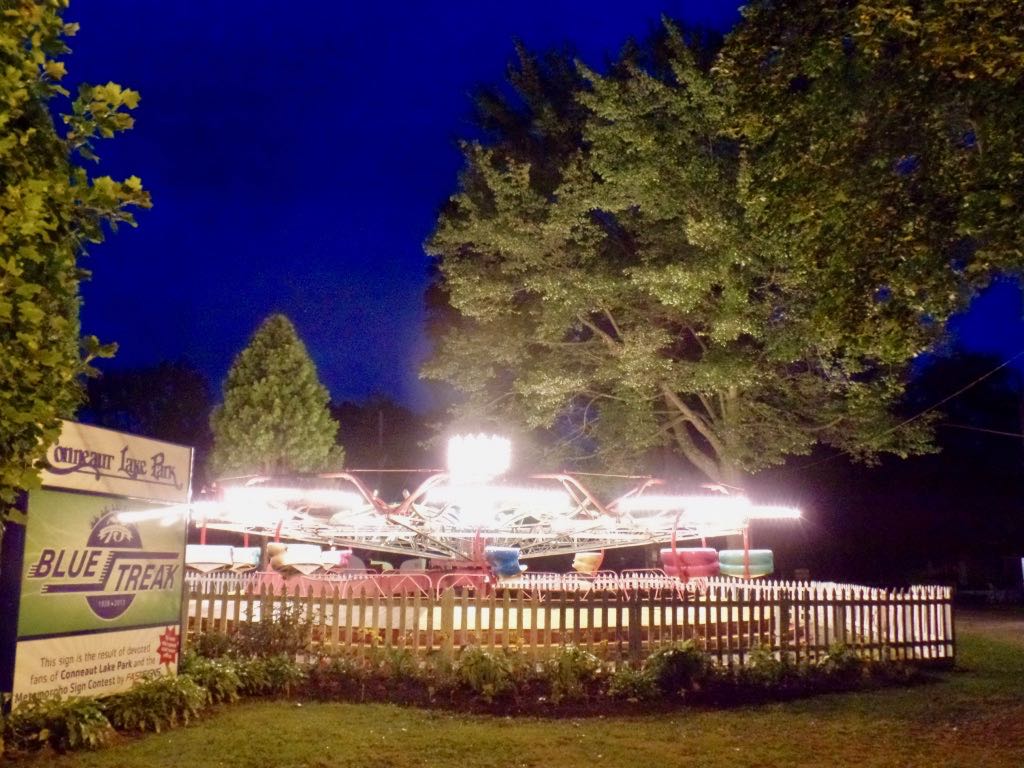 Paratrooper ride at Conneaut Lake Park, not just lit up but lit so brightly you can see it lit up through the Blue Streak sign. 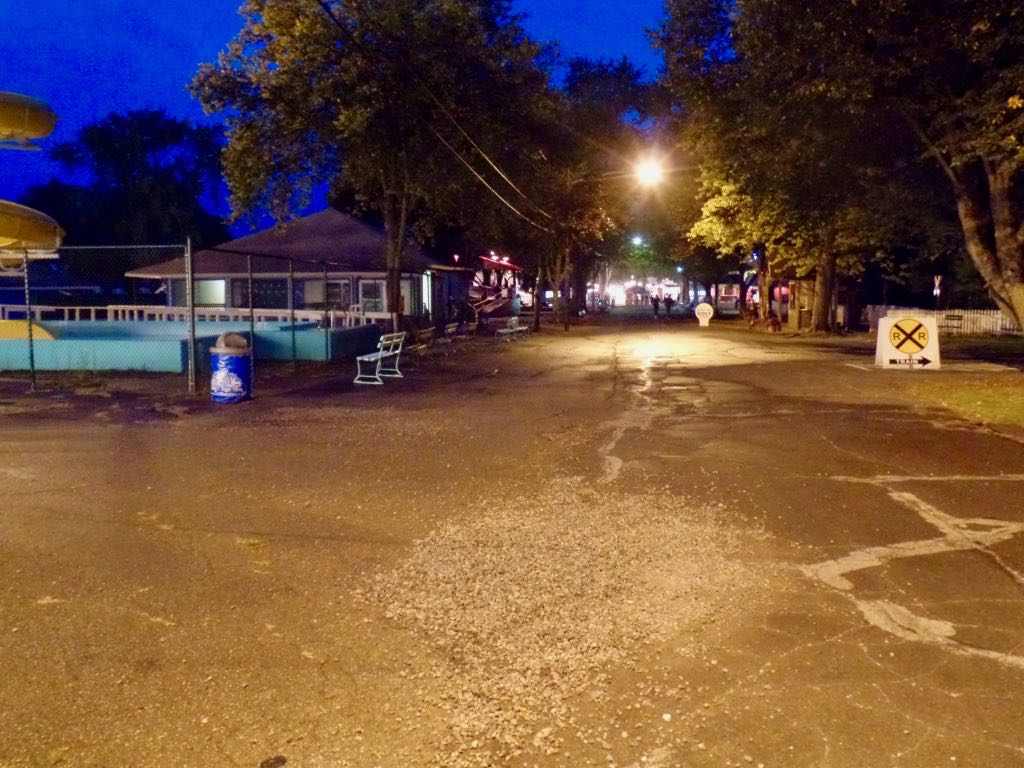 The western end of the main midway as seen at night. 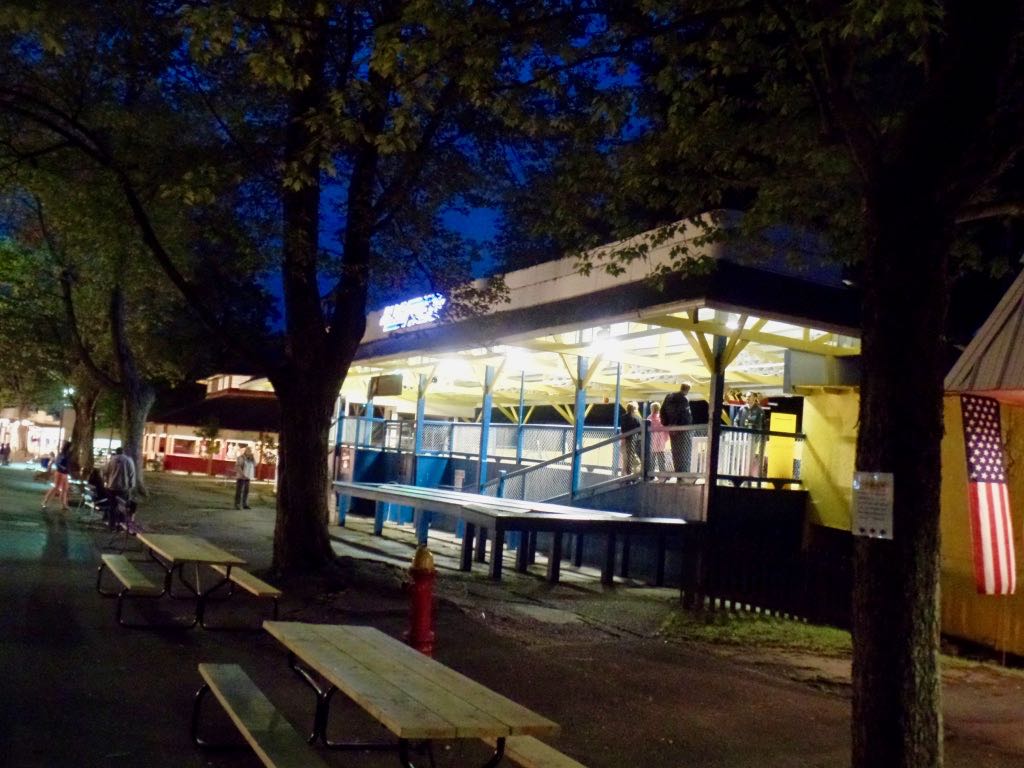 Blue Streak's station, with a couple people waiting for the next ride. 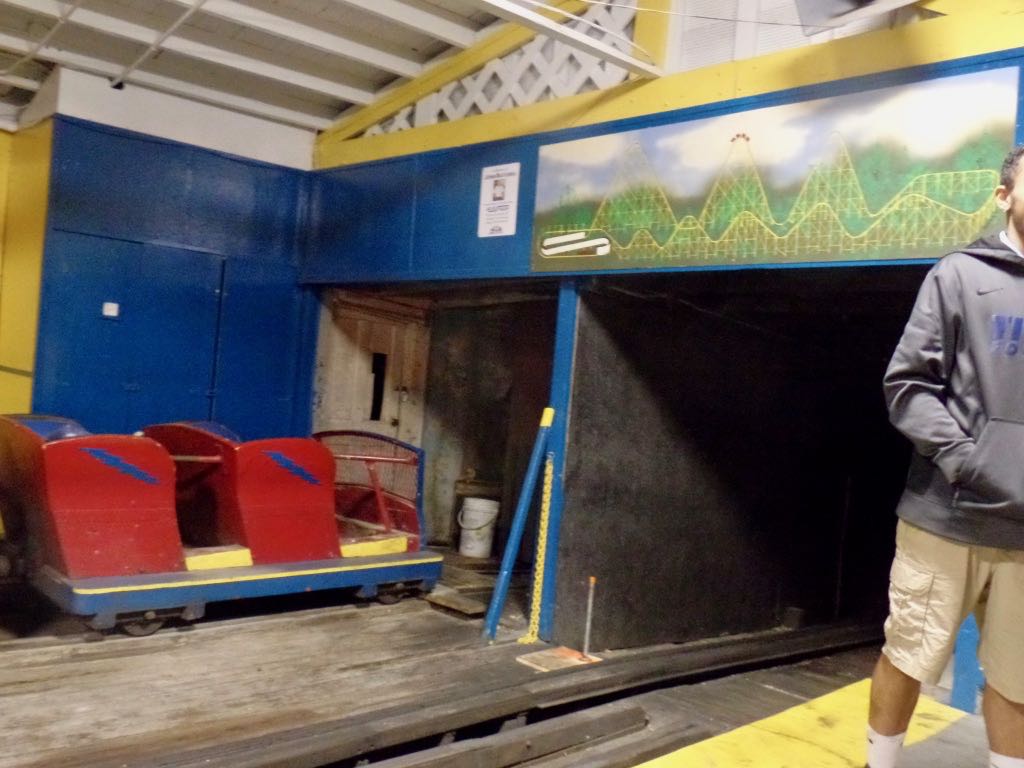 Ready for a night ride on Blue Streak. The survivor of its original, Edward Vettel-designed trains, is on the side track there; it doesn't seem to have been used since 2006. 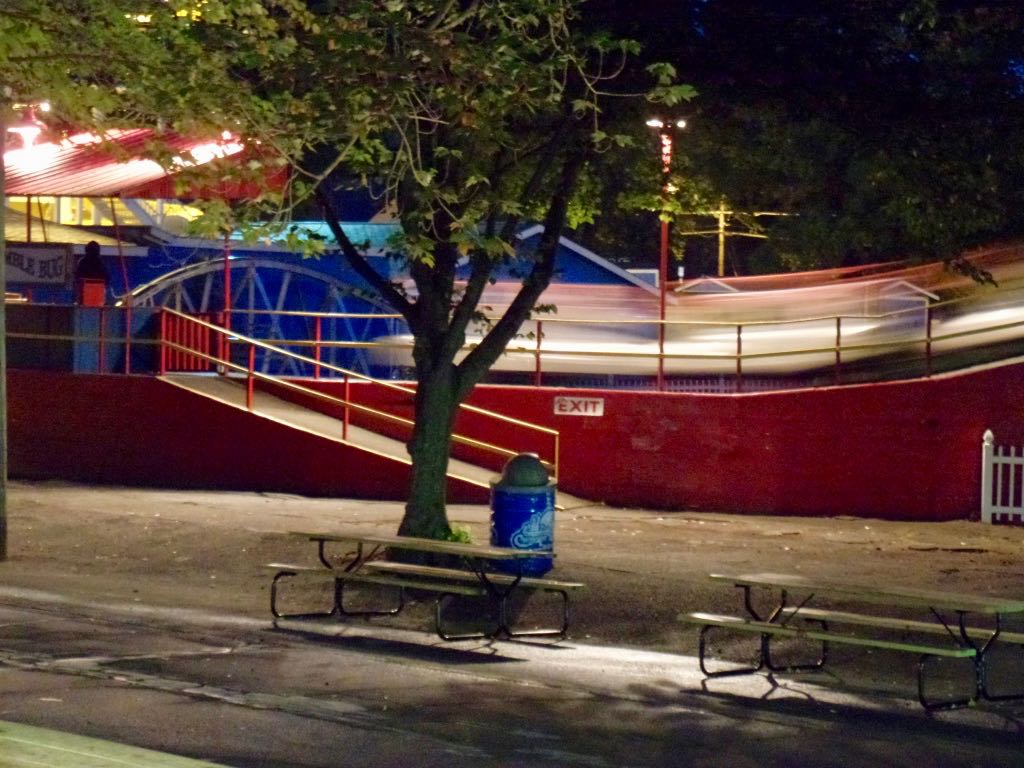 Tumble Bug ride as seen in the glorious night.

PS: Reading the Comics, January 16, 2019: Young People's Mathematics Edition as I catch up on last week.