I took some more chances to look back at stuff on my humor blog. This is because LiveJournal's year-in-review image was just a boring picture confirming that in 2018 I did post 365 times. WordPress at least let me tell what was popular.

And now I close out pictures of Conneaut Lake Park. 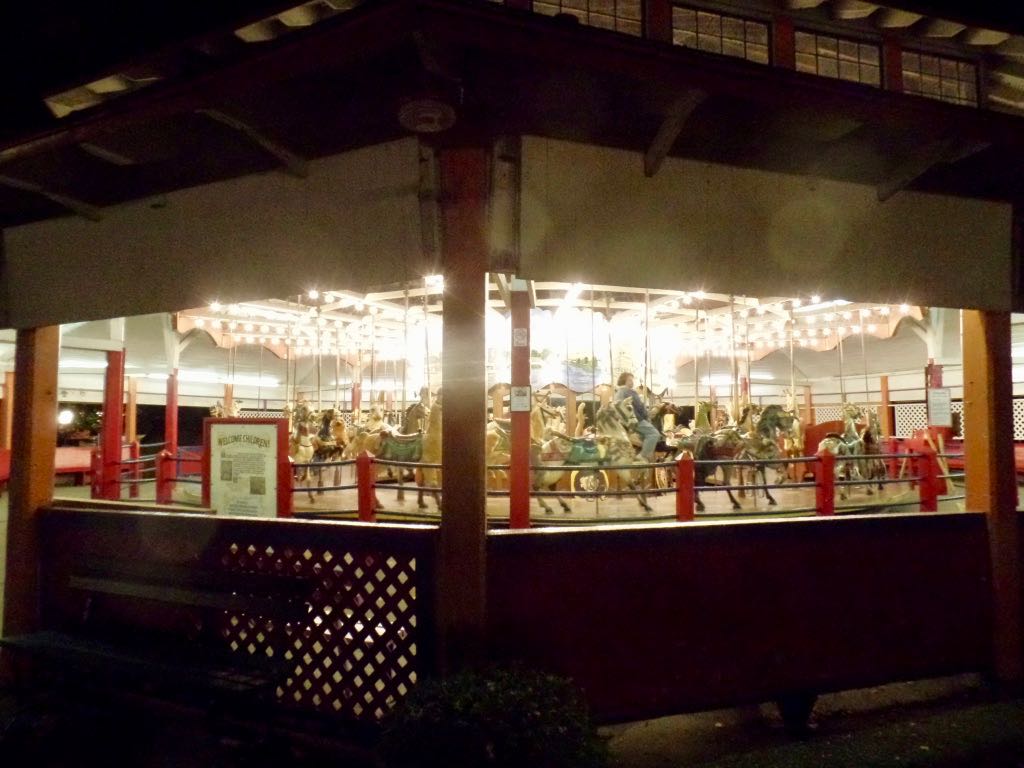 The Conneaut Lake Park carousel's building, as seen from outside, while the ride's all lit up. 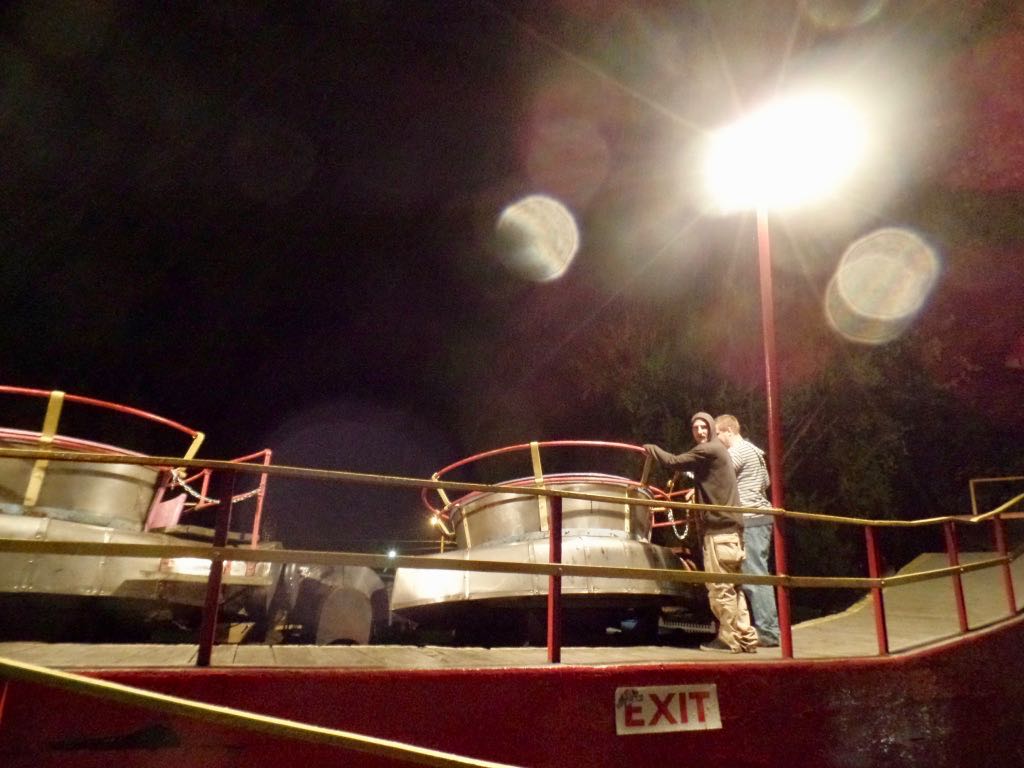 People getting onto the Tumble Bug ride at night. The guy in the hoodie is definitely not planning to get his revenge on me. 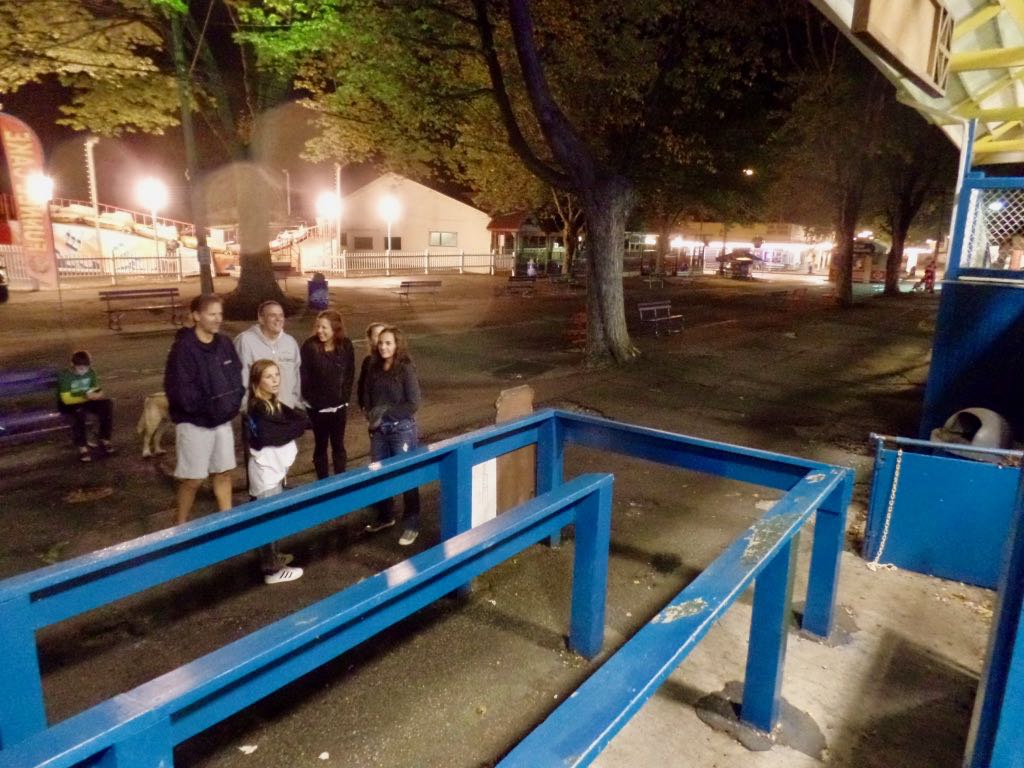 People who're a little bit chilly debating whether to get on Blue Streak before it closes for the night. 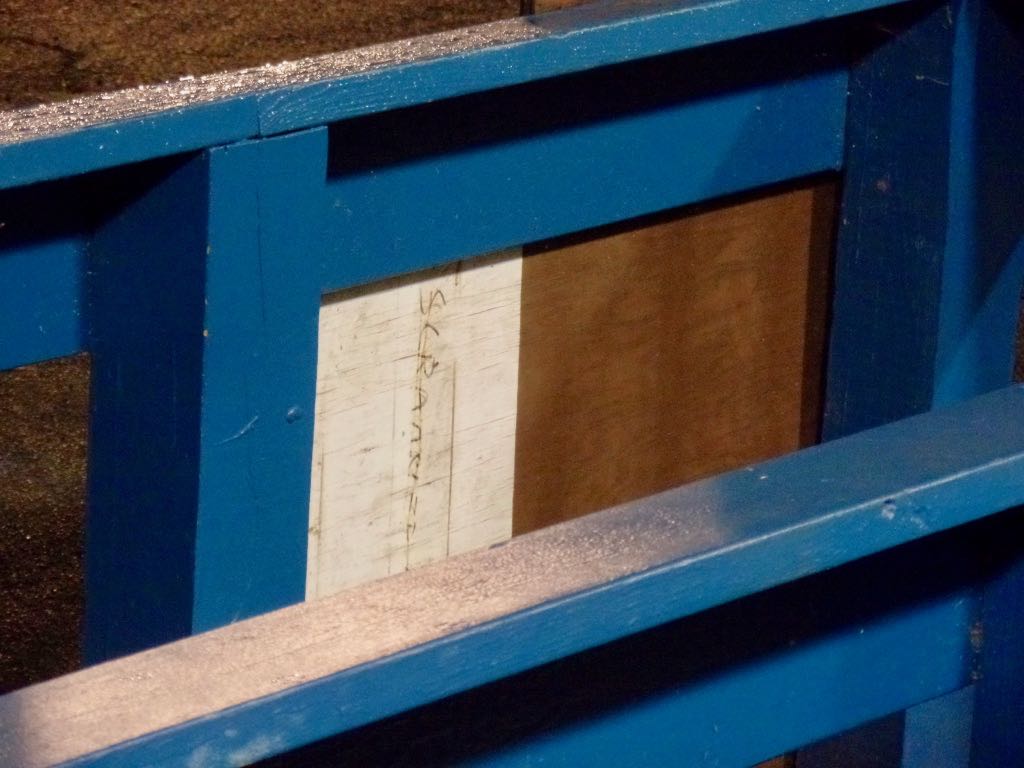 Noticed this in the back of the you-must-be-this-tall-to-ride sign at Blue Streak: that definitely reads 'Scrambler', doesn't it? They don't have a Scrambler currently, I don't think. 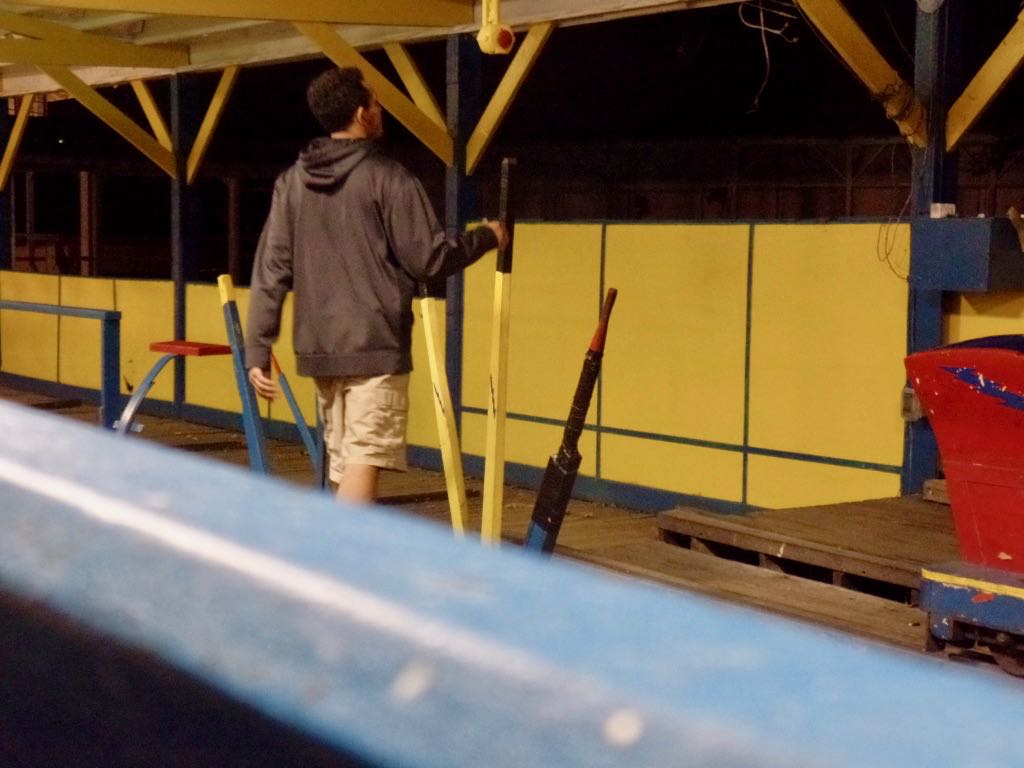 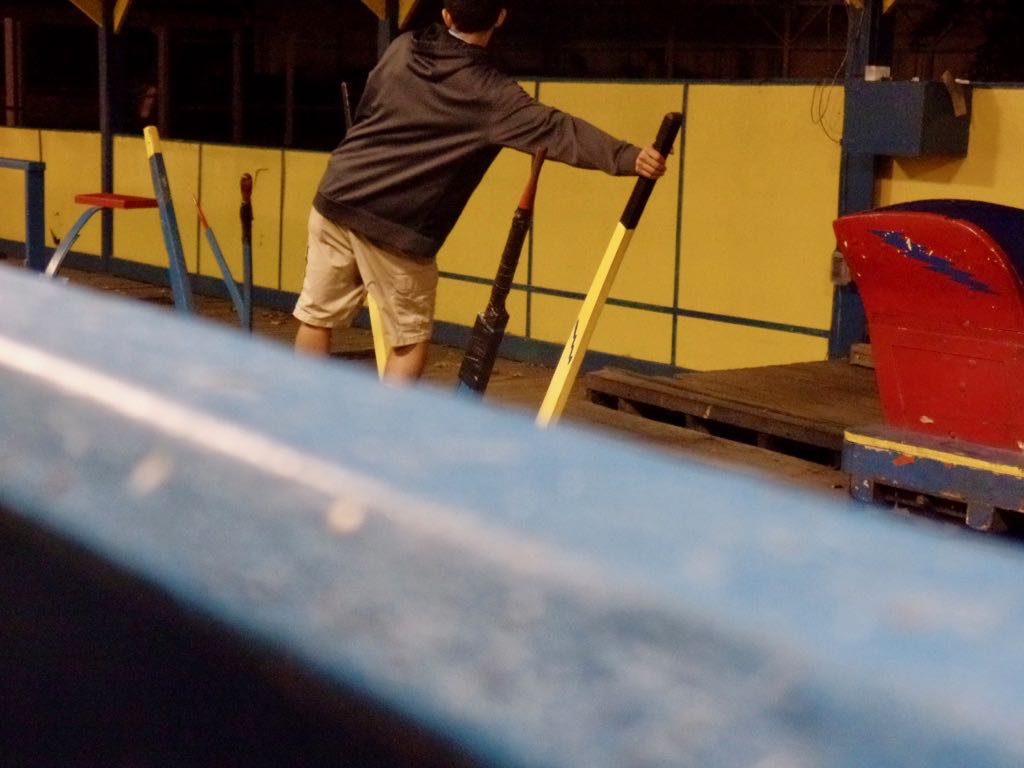 Getting ready to welcome the train back. 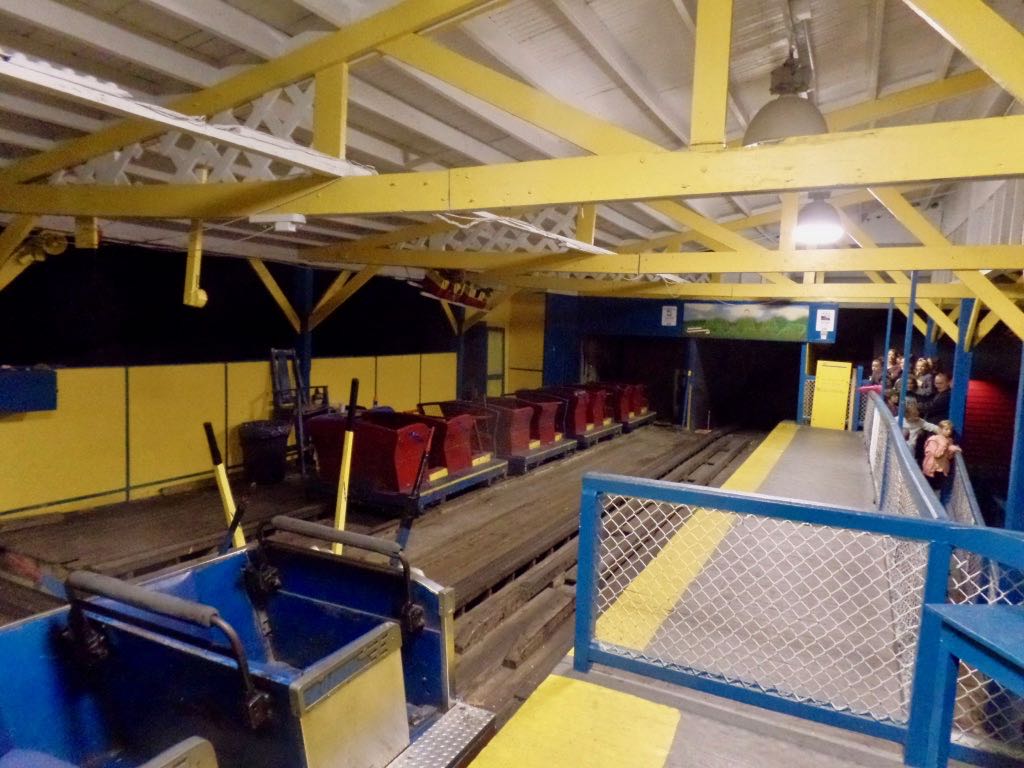 I believe we just missed the last ride of the night. Here's the remaining National Amusement Device train at the unloading area. 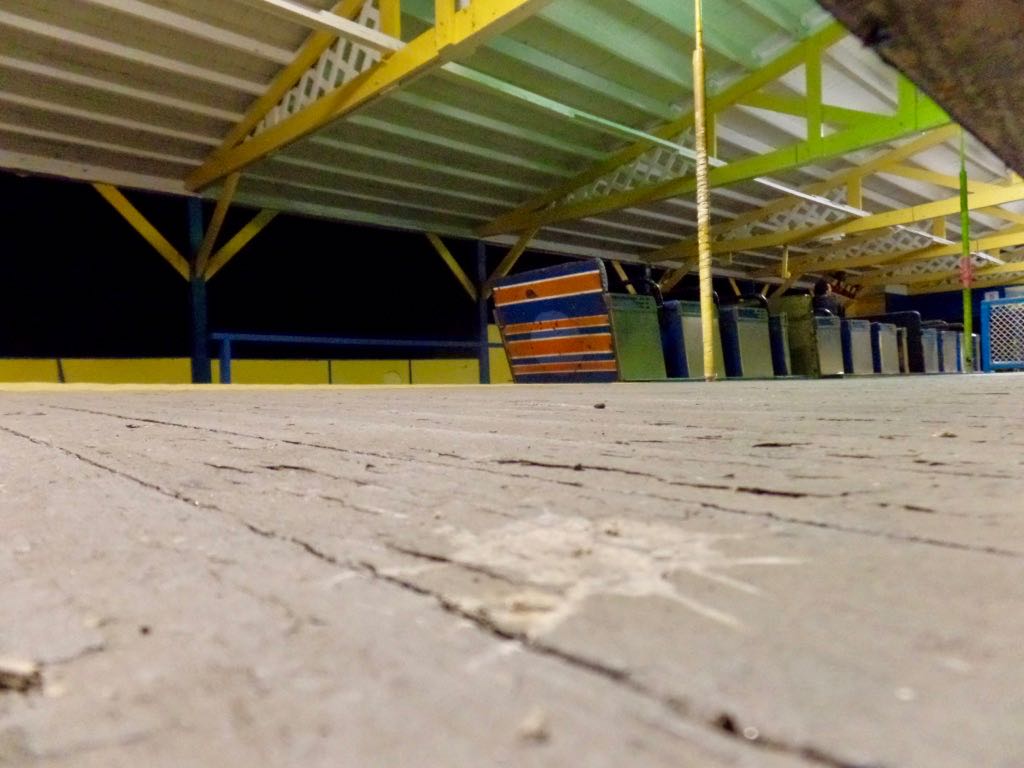 View from the floor of the back of the train and the top of the station. 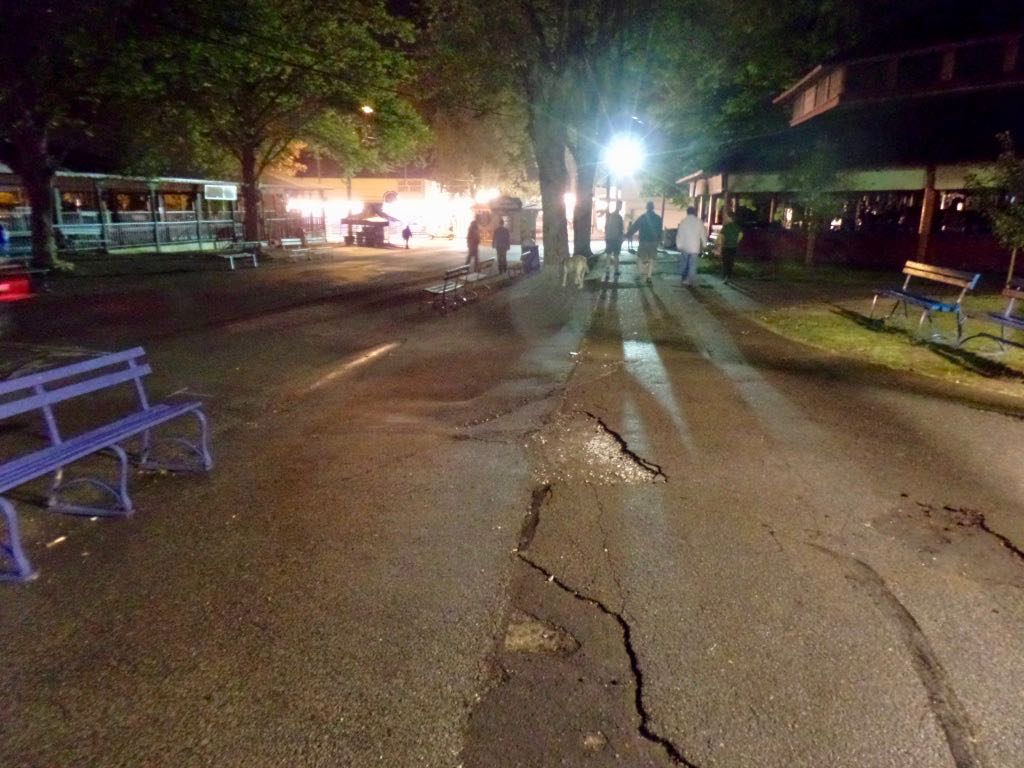 People --- and a dog --- walking off into the light, past the already-closed carousel, at the end of a night at Conneaut Lake Park. 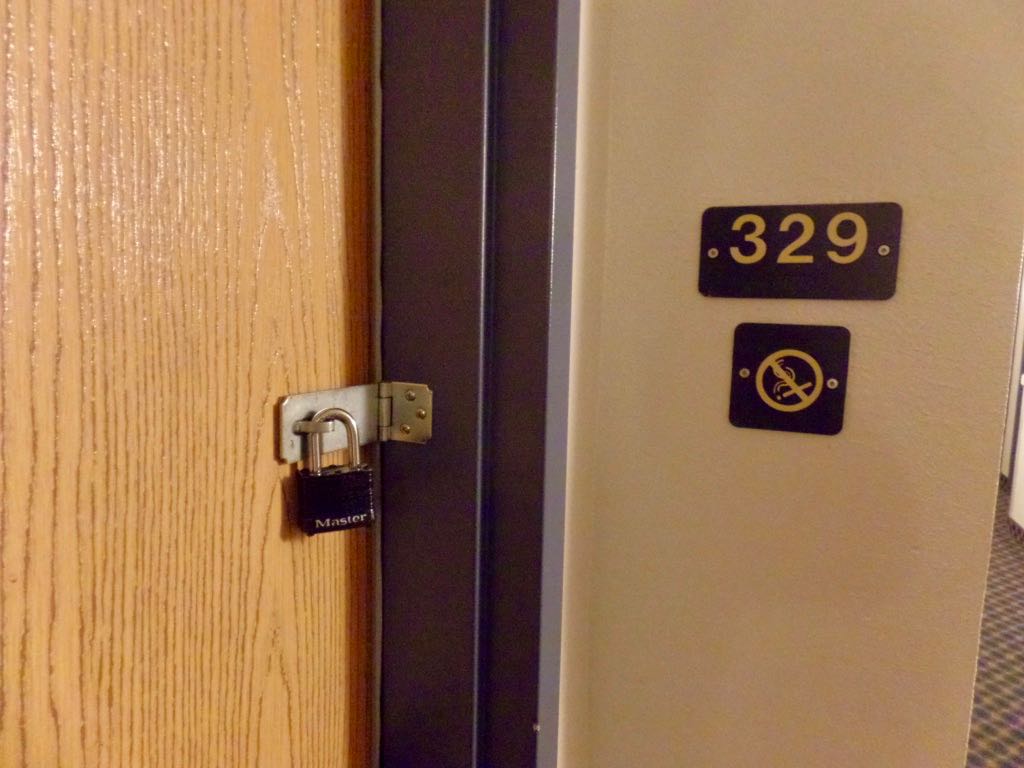 Oh yeah, this little mystery at our hotel: why the padlock and bracket across this one door? We couldn't think of anything this would get you that the normal keycard-access door lock wouldn't.

Trivia: The eastern latitudinal stretch of the border between North Carolina and South Carolina was, per a royal decree of 1735, to be at the 35th parallel. It ended up surveyed thirteen miles south of this latitude. (South Carolina was later compensated with some farther west lands that would otherwise have been North Carolina.) Source: How The States Got Their Shapes, Mark Stein.

PS: Reading the Comics, January 19, 2019: Not Making The Cut Edition, cleaning out the stuff from last week, finally.