And he can knuckle your head before you count to four

This week my mathematics blog was all about reading the comics. Next week it shouldn't be. Here's the rundown:

And I'll get back to Waldameer park in a moment. First, I want to answer the questions burning in the minds of certain story comics readers: What's Going On In The Phantom (Sundays)? Where in Africa is Bangalla? It's the November 2018 - January 2019 plot recap. Thanks for considering it. 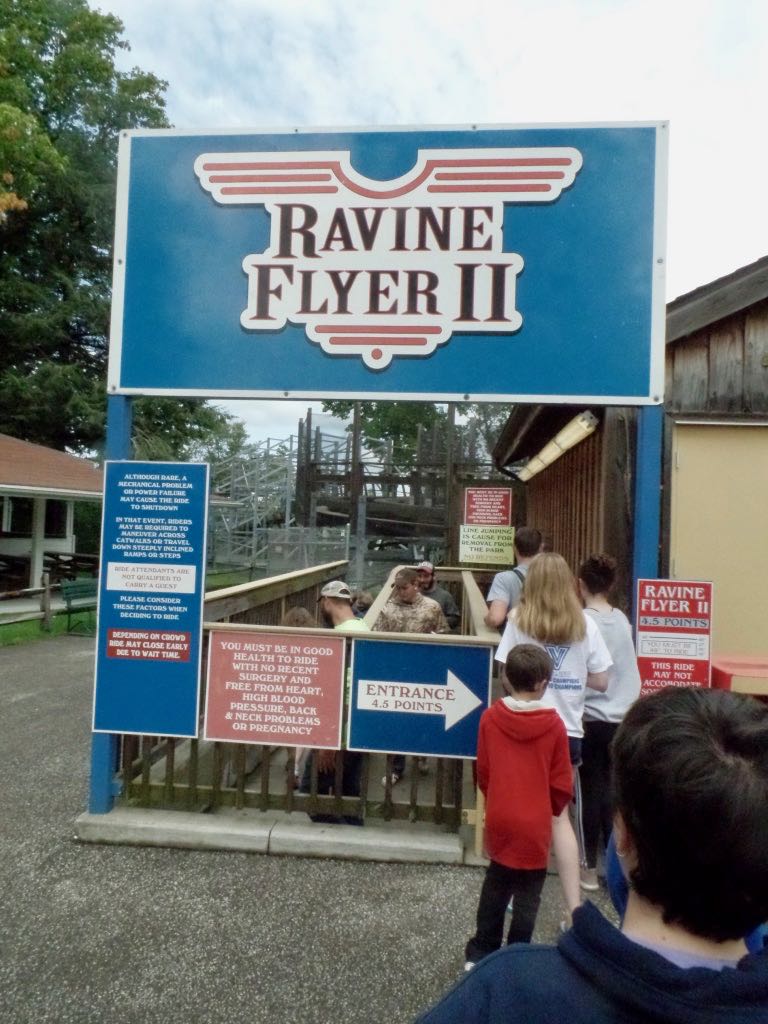 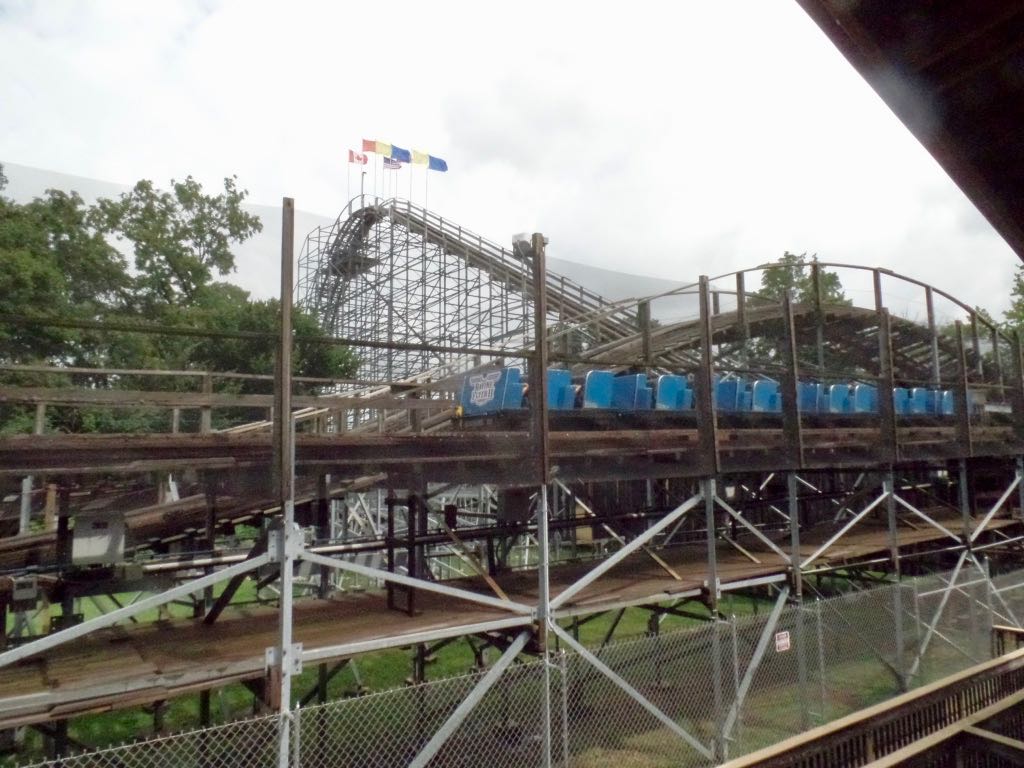 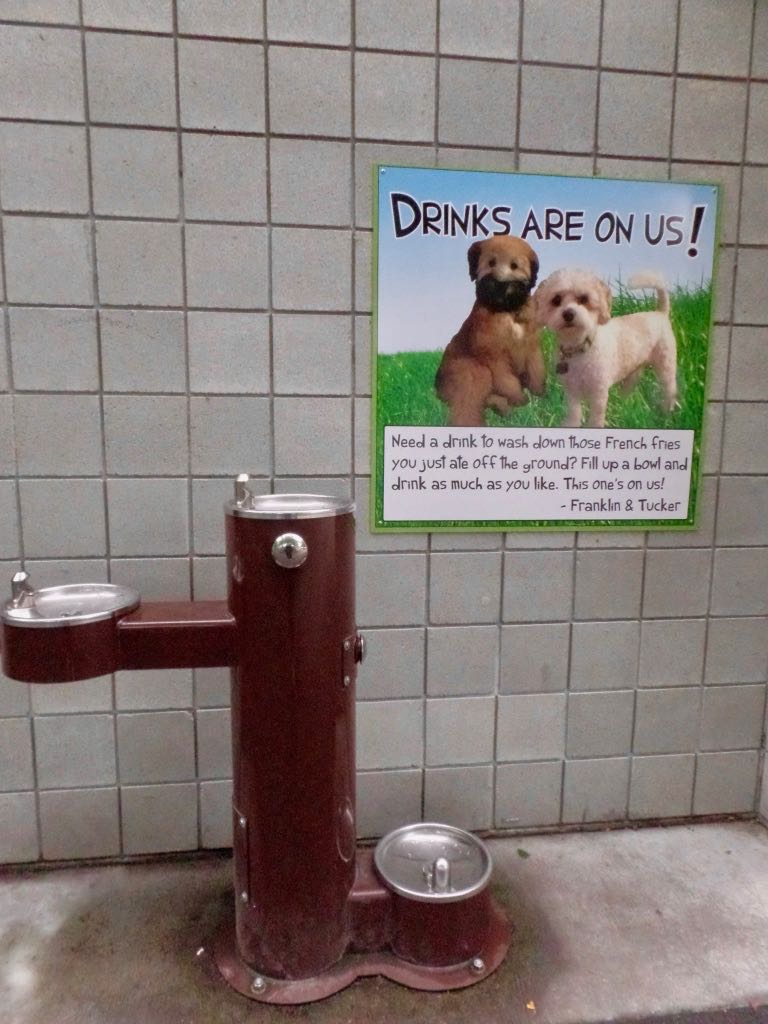 Waldameer, like many Pennsylvania amusement parks, is dog-friendly. For 2016, I think it was, they got even more dog friendly with drinking fountains like this. 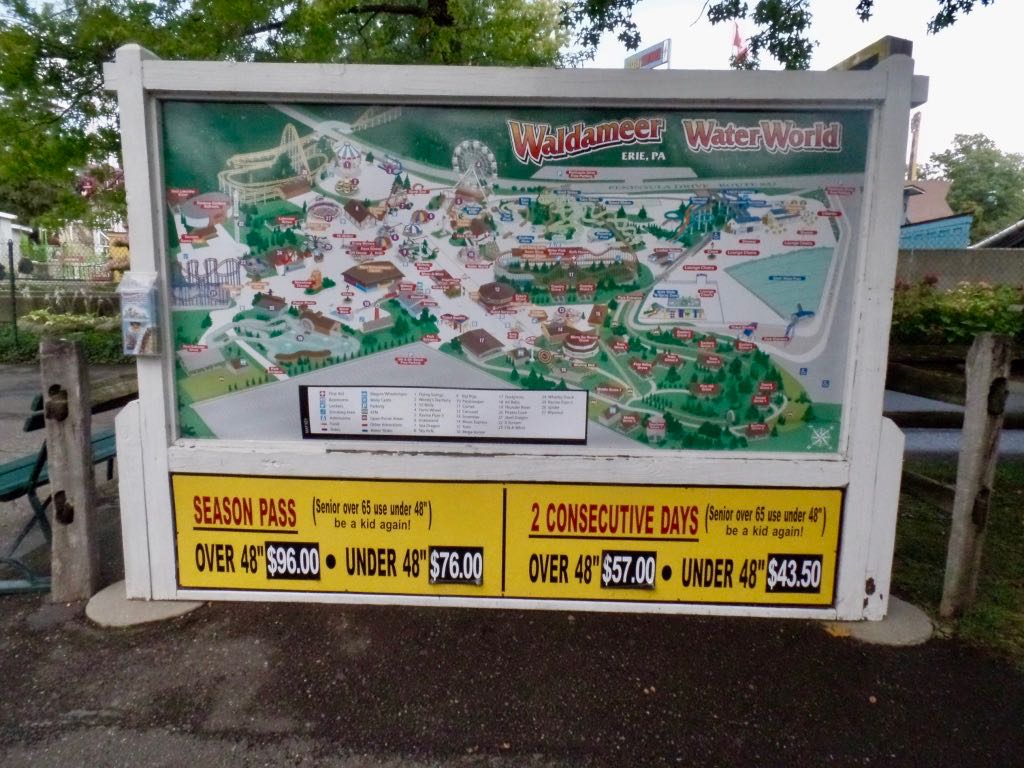 I wasn't sure that we would be able to snag a park map for Waldameer, and so took this picture. It's actually legible on my computer, although I have the full and uncompressed image. Anyway, I like that seniors over 65 are urged to ``be a kid again'' and get the kids rate for two-day and season passes. 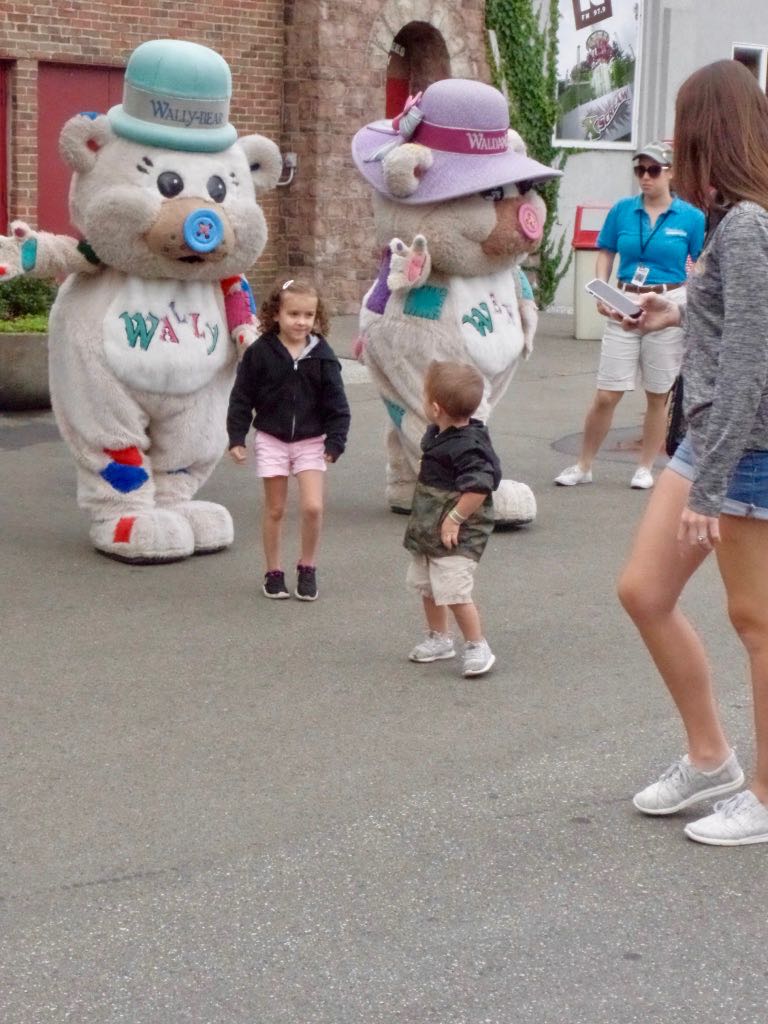 Park mascots Wally and Wendy Bear, working the crowd. We discovered that Wally Bear, albeit under a different name, is also a mascot for Canobie Lake Park in New Hampshire. 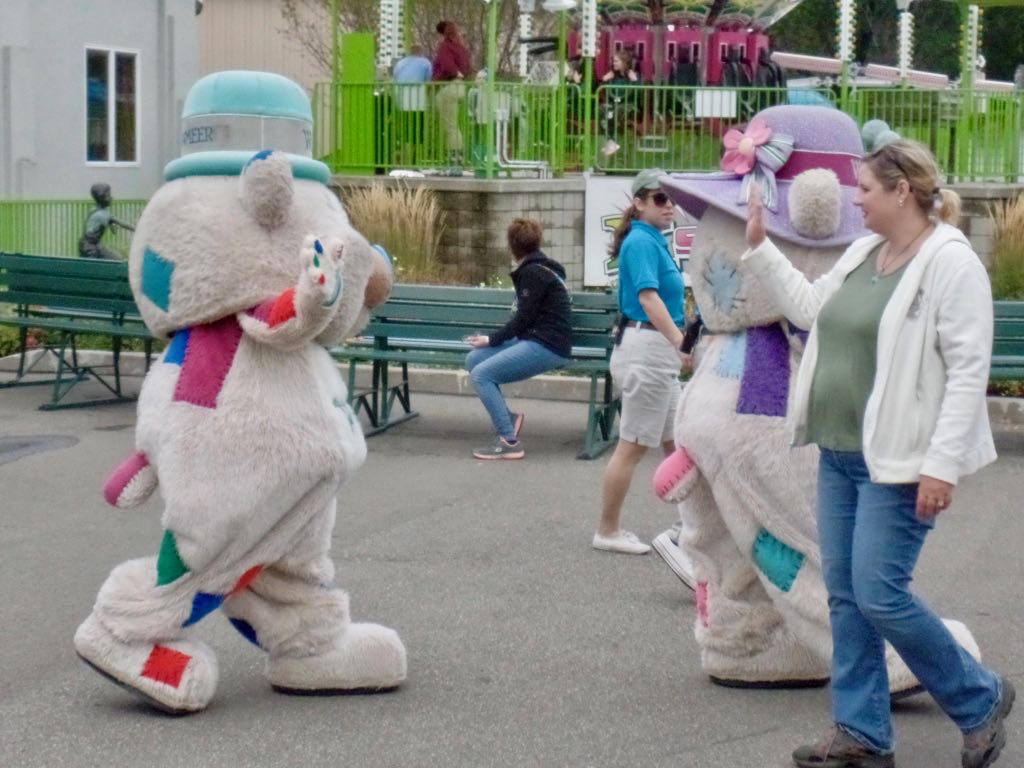 More of the bears high-fiving the crowd. Also the picture shows the neat trick done with an oversized head to make Wally and Wendy look shorter and more teddy-bear-sized despite being, after all, full-size mascots. 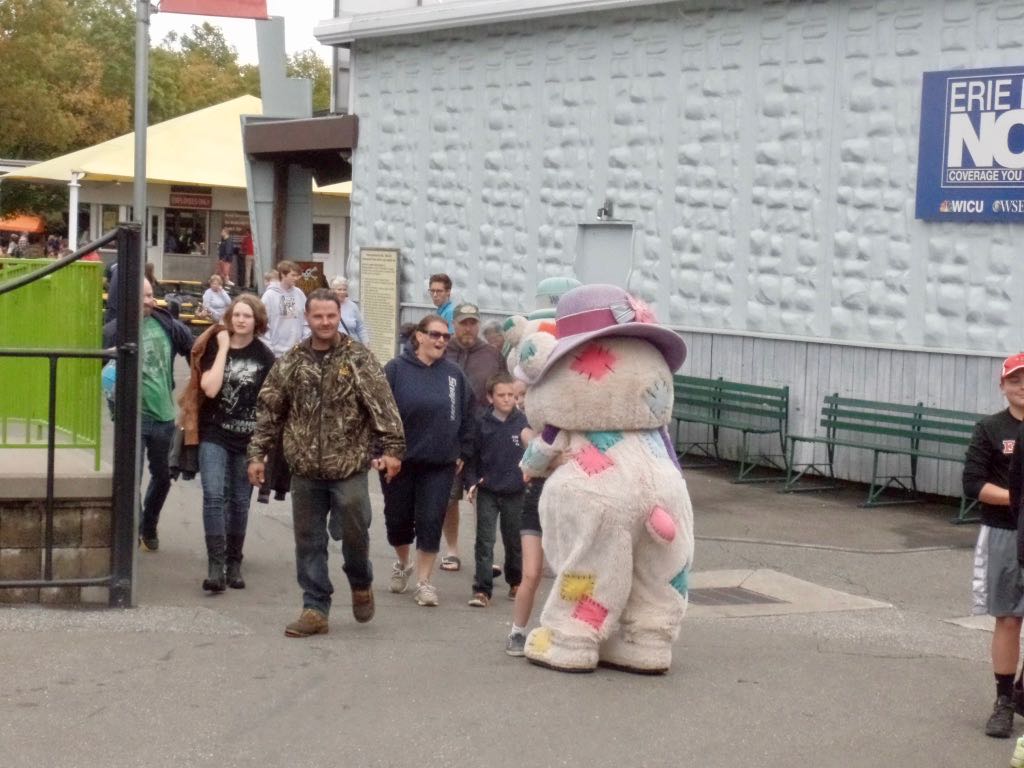 Wally hugging someone while a boy looks most cross at the proceedings. 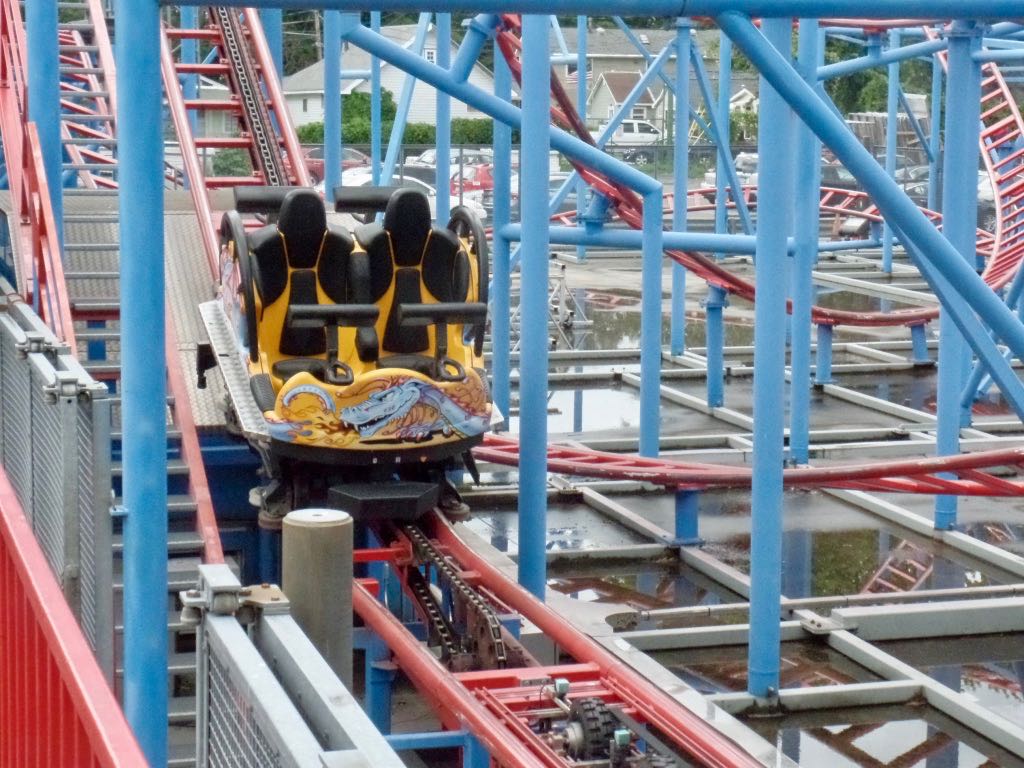 One of the spinning wild mouse cars for Steel Dragon starting its way up the lift hill. Note the steel dragon logo wraps around the car; there's two dragons over the car, symmetrically arranged, and each is blowing flames at the tail of the other. 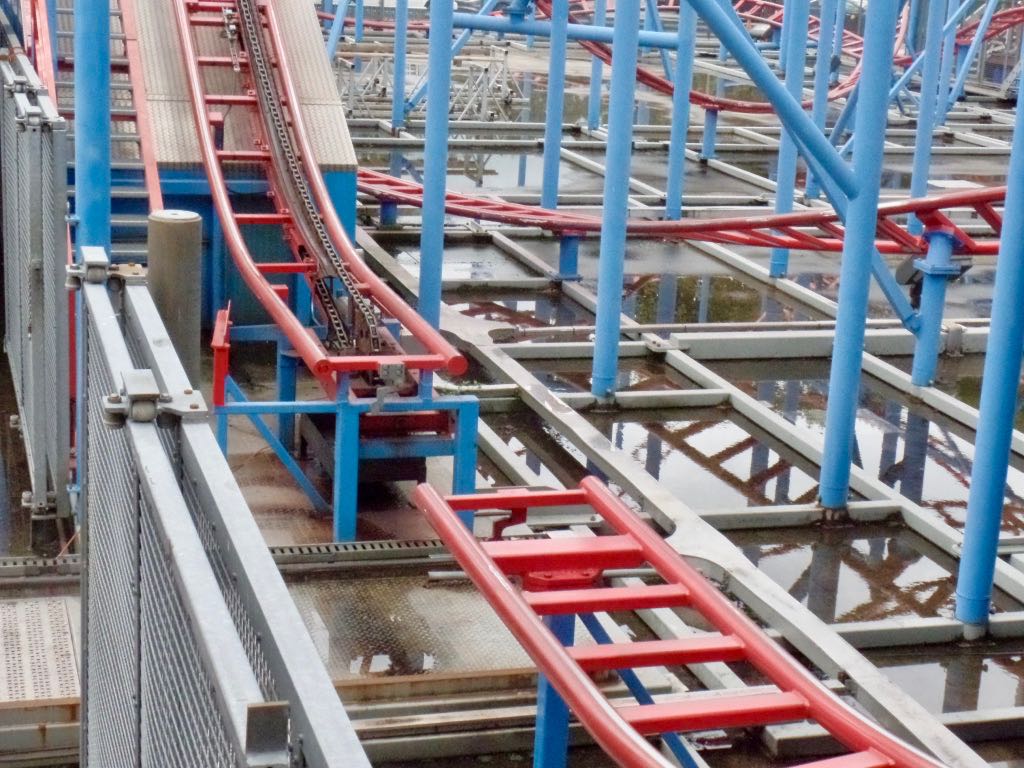 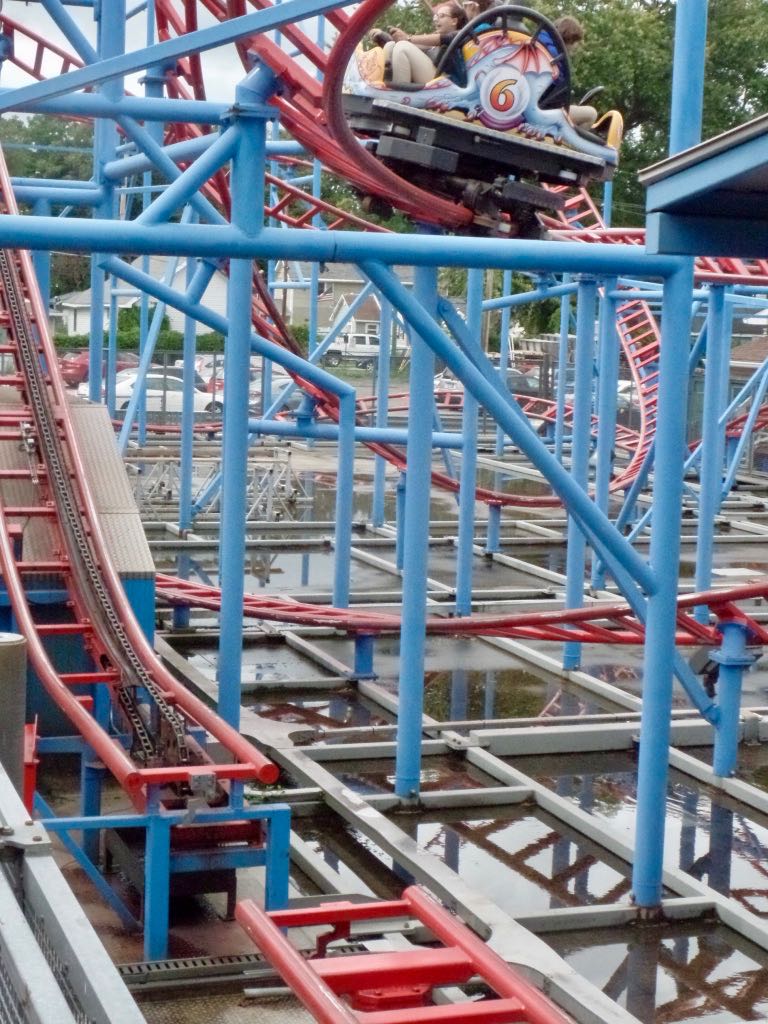 See, yes, the ride is a lot of fun, just look at the car that's spun a bit off-sides like that. I just think someone really ought to have that bit of track back there is all. 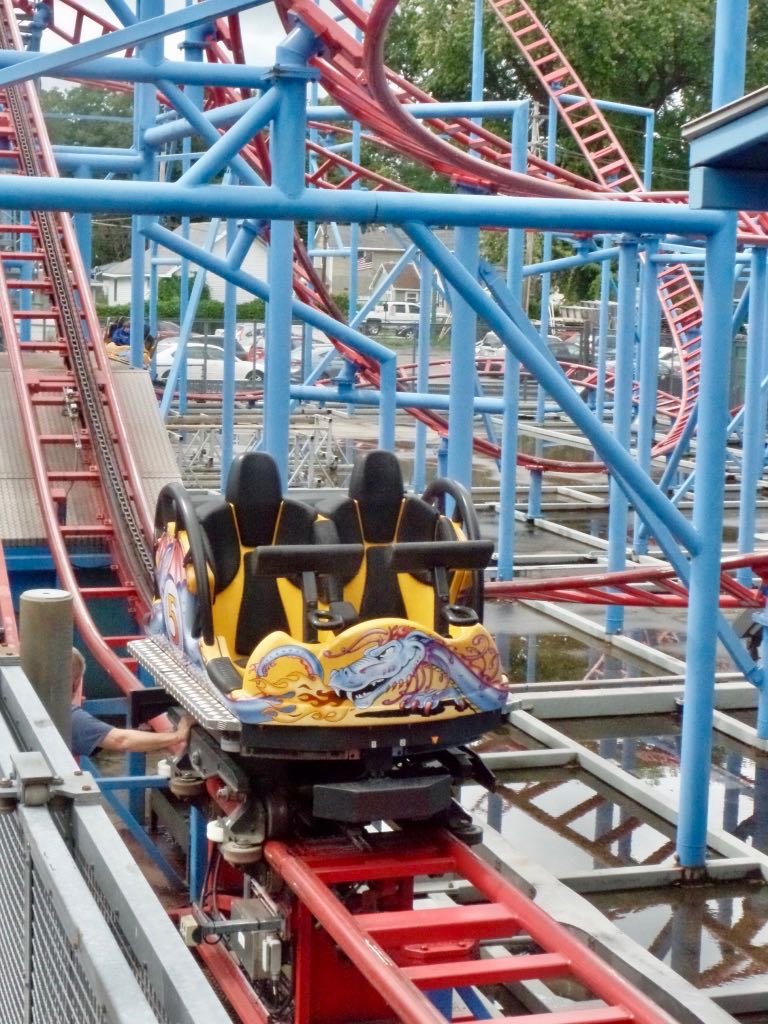 Whew! Ride staff pushing the transfer track with a car going into service on Steel Dragon. 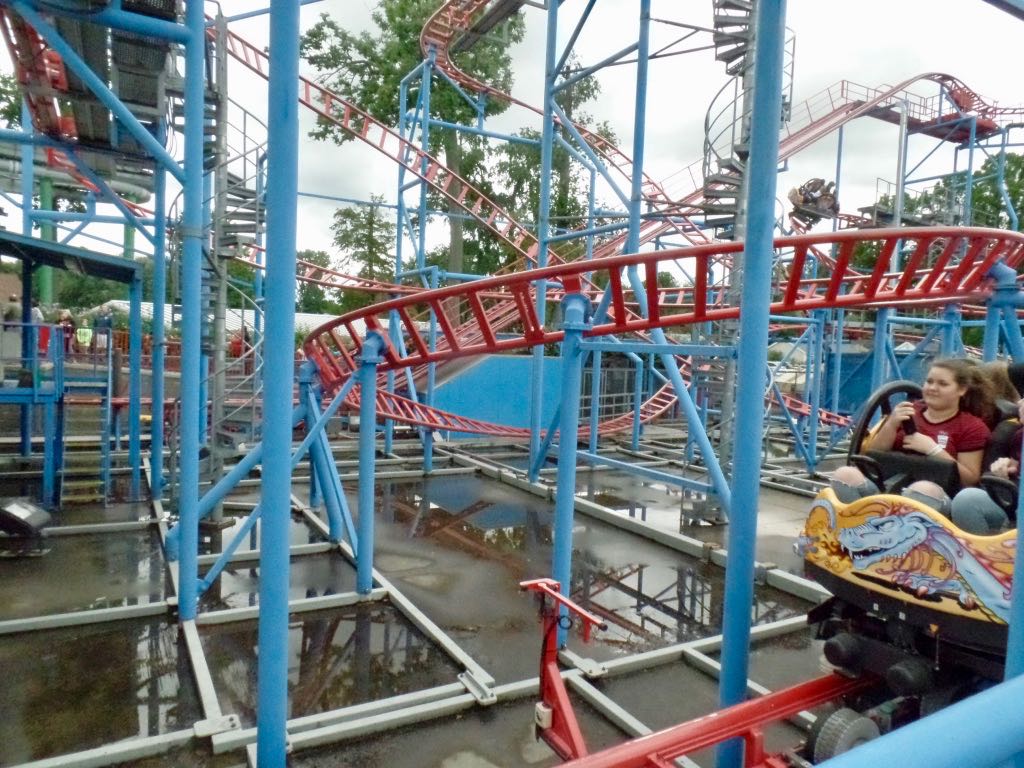 Steel Dragon train returning, while another's spinning around in the far background there. Also you can see how Waldameer got a lot of rain overnight and the skies still look like it should rain more.

Trivia: In November 1980 NASA certified the Solid Rocket Booster O-Ring joint as a Criticality 1-R system: one with redundant components, where the failure of both could cause the loss of life or vehicle. Source: The Challenger Launch Decision: Risky Technology, Culture, and Deviance at NASA, Diane Vaughan.

Currently Reading: Popeye: An Illustrated Cultural History, Fred M Grandinetti. See, you know this is written by a fan, partly because there are a lot of sentences that don't quite parse or that go in weird directions before reaching their point. But also: in the chapter about Popeye On Film, Grandinetti doesn't just complain about the selected highlights shown by Leonard Maltin on a 1992 A&E documentary on the Fleischer studios, but reprints his explanation for why there weren't more and better Popeye clips shown, and then explains why he doesn't believe Maltin. It's wonderful in that way Nerd Rage is right up to the point it gets racist and misogynist.